I have an obsessive tendency to notice small details. On the recent upcoming PropStore live auction, there is a "Lot # 5: ALIEN (1979) - Women's USCSS Nostromo Crew Jacket Prototype", I did get very excited at first, newly surfaced Alien costume, even if it is a prototype! 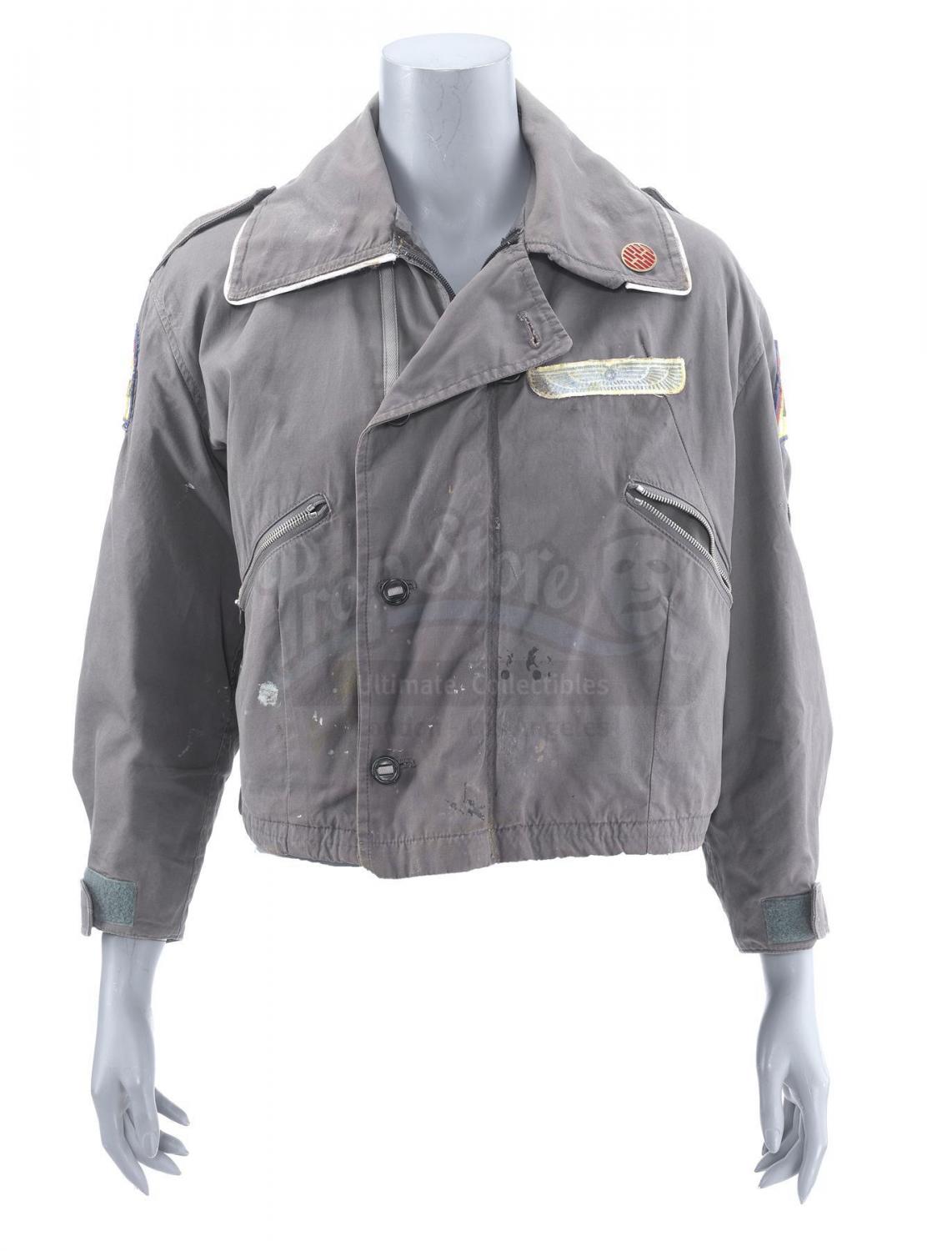 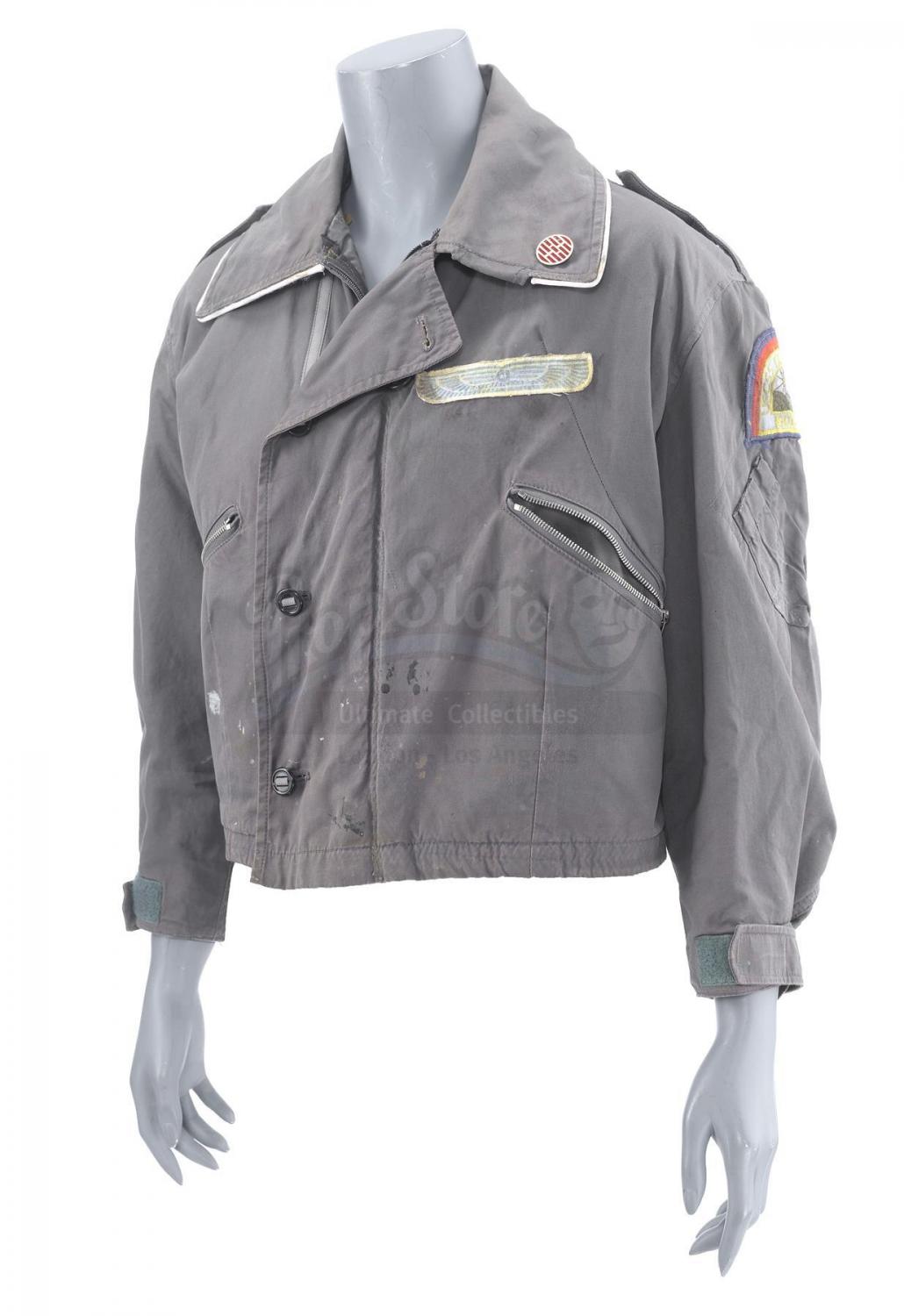 It took me exactly 26 seconds to realize that something is "off" and I am going to go out on a limb and say that I doubt this jacket was part of the films production in 1978.

The wings are way off
- Non of the production samples I have seen so far had merrowed edges.
- All production patches were glued on not sewn.
- The design is way, way off from anything used in production. Not even close.
Frankly this looks like an ebay patch sewn on backwards, in order to conceal the front.

Definitely not a production patch: 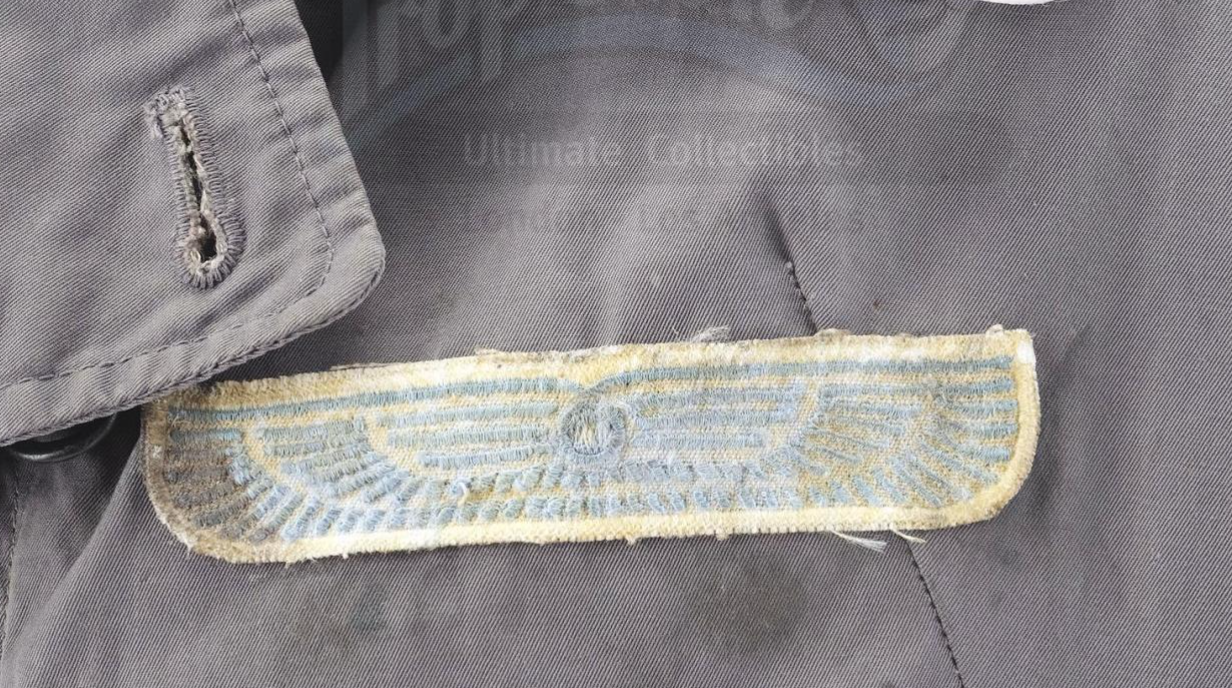 A production patch, verified by many different sources: 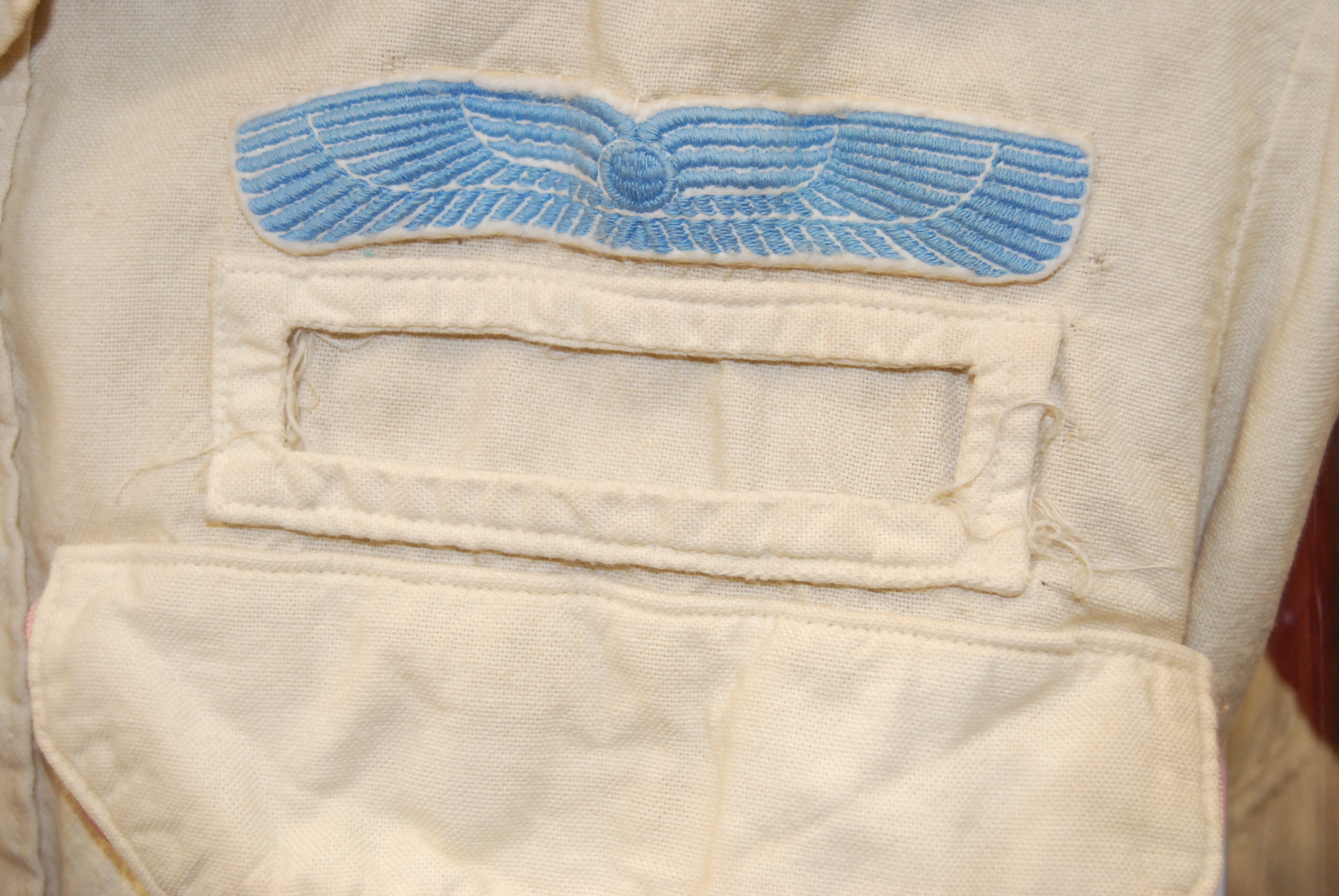 The shoulder patch is also way way off.
Same faults as the wings...

Definitely not an original patch,(maybe a thinking cap patch?) 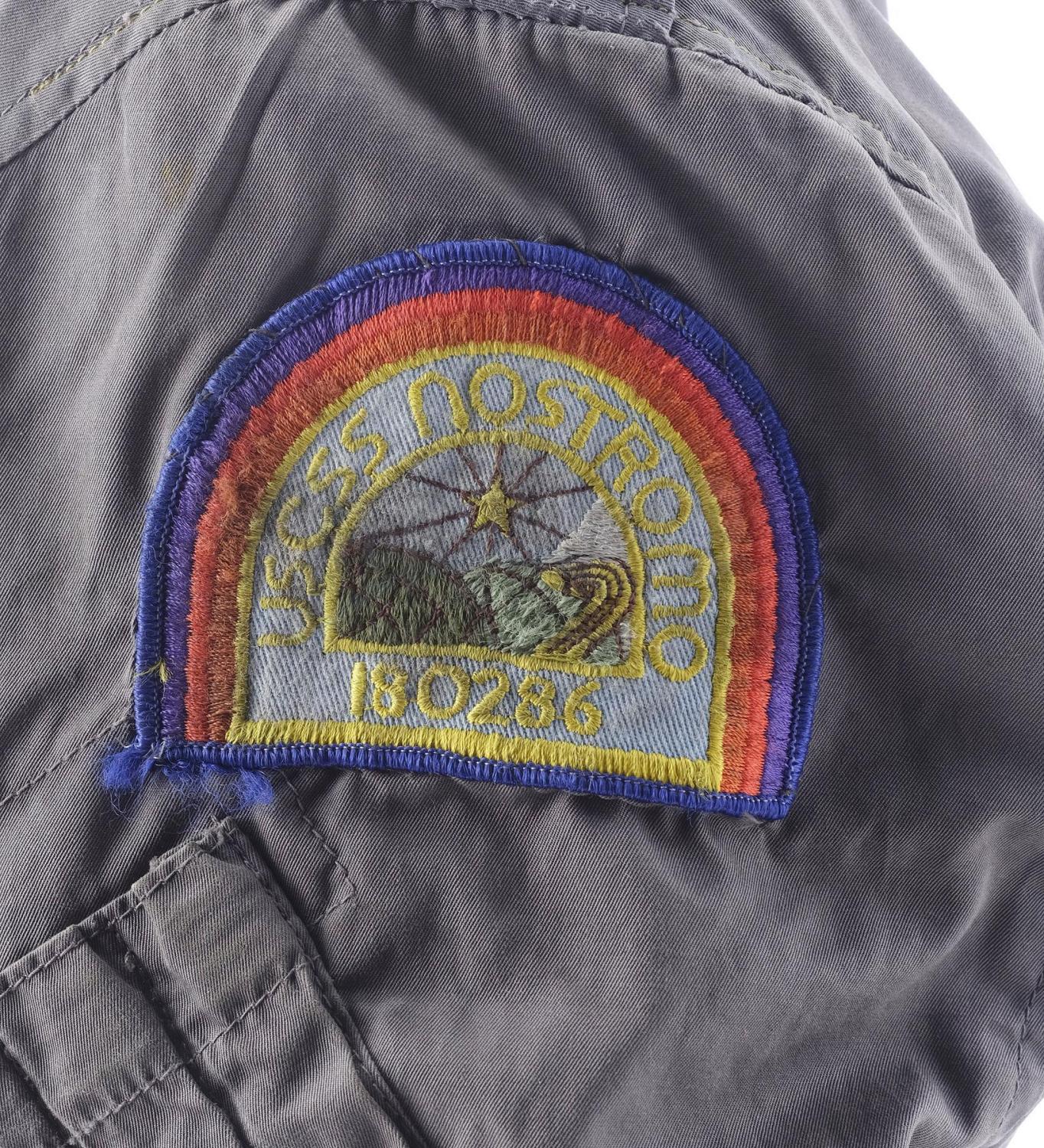 An original patch, again confirmed by many multiple sources: 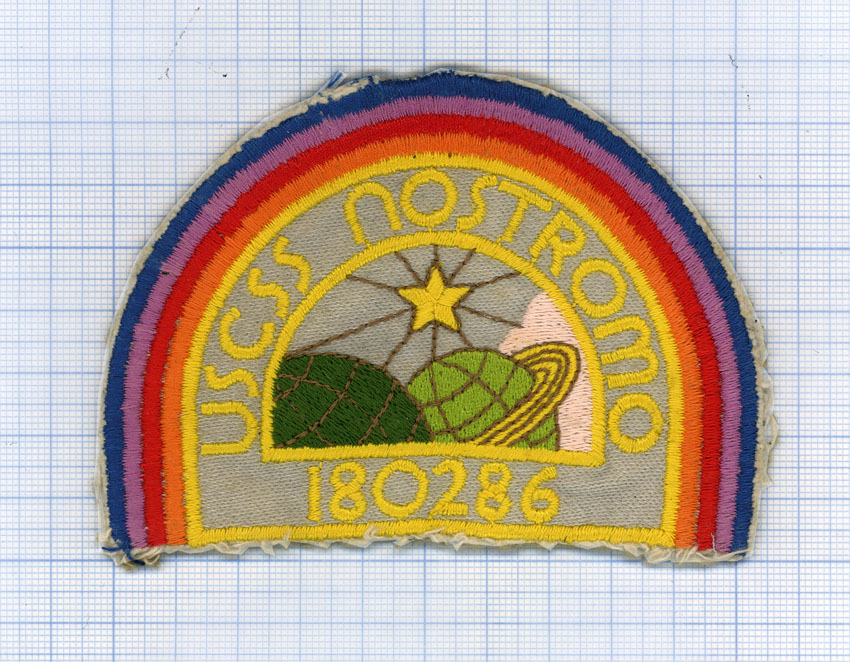 In my mind this is clear cut. This is not a production made jacket. I don't know how the people at PropStore did not notice this... or can claim with confidence that this is a production-made jacket.

RPF PREMIUM MEMBER
Message Prop Store with your concerns and your evidence. They may like to know ASAP.

RPF PREMIUM MEMBER
I also think it looks like a match for a weathered Thinking Cap Co. patch. Someone found a correct vintage MK3 and sold their scruples with the jacket. OR a fan-made jacket that has been mis-identified as something developed but unused for the film. That still makes it a fake, of course. And regardless of any absence of malicious intent, The Prop Store should take it down or update the listing accordingly.

Hey everyone! Thanks for bringing this to our attention. We appreciate the work that's been done so far and are investigating further. We will post findings as soon as we can.

RPF PREMIUM MEMBER
Much appreciated, PropStoreMatt! There are some great items in the current auction. I hope the jacket's provenance sorts out.

PropStoreMatt said:
Hey everyone! Thanks for bringing this to our attention. We appreciate the work that's been done so far and are investigating further. We will post findings as soon as we can.
Click to expand...

Thank you PropStoreMatt, the PropStore did and does a lot for conservation and documentation of movie props.

I was just mad that someone, a fan(?), would deceive you or potential bidders...

All of your observations (and those of other members) confirms my suspicions about the jacket also...not the real deal
B

We have consulted with several other collectors of original ALIEN material and we stand behind the original description of the jacket as a production piece. Here are several relevant points:

BAlinger15 said:
The wings patch on this jacket had fallen off (the glue became loose over the years) and unfortunately when it was re-installed, it was re-installed backwards. The auction photos show the patch with the backside facing out.
Click to expand...

RPF PREMIUM MEMBER
I'm curious if other production patches have merrowed edges as shown in the auction photos. It seems to me that most if not all the examples prior to this were non-merrowed with the resulting fraying of the backing material. Just my personal opinion and observations.

Nobody recreating the Nostromo jacket resorts to this insignia anymore as there are multiple options with greater accuracy. I hope no one gwts taken by this fraud.

Octipig said:
Nobody recreating the Nostromo jacket resorts to this insignia anymore as there are multiple options with greater accuracy. I hope no one gwts taken by this fraud.
Click to expand...

Now I actually think that the person who built this jacket used the 'The Thinking Cap Co.' portfolio patches released in June 1980, that is AFTER, production on the film has ended and the film was released. in that case it is beyond me how could this jacket be considered a "Production made" item. 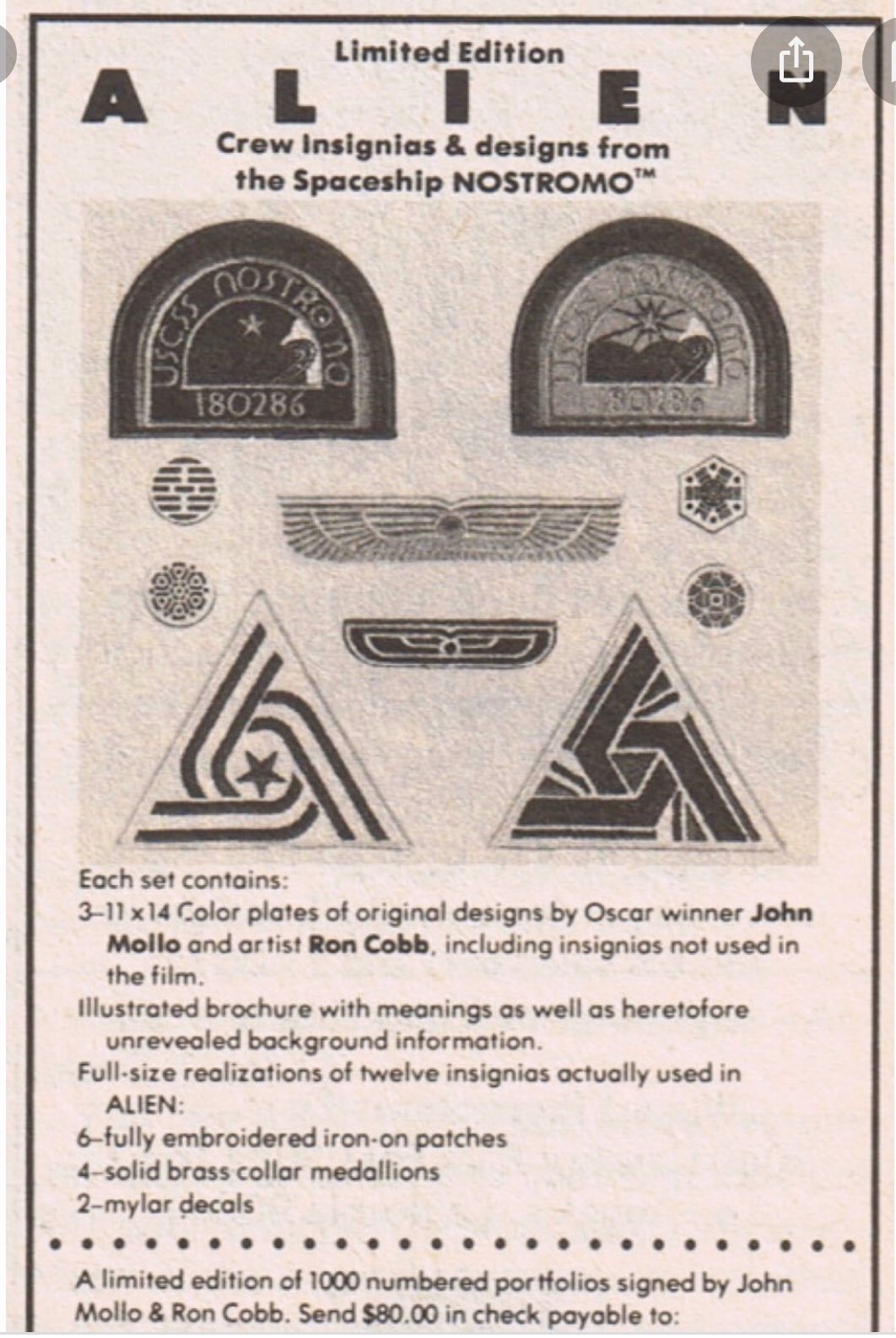 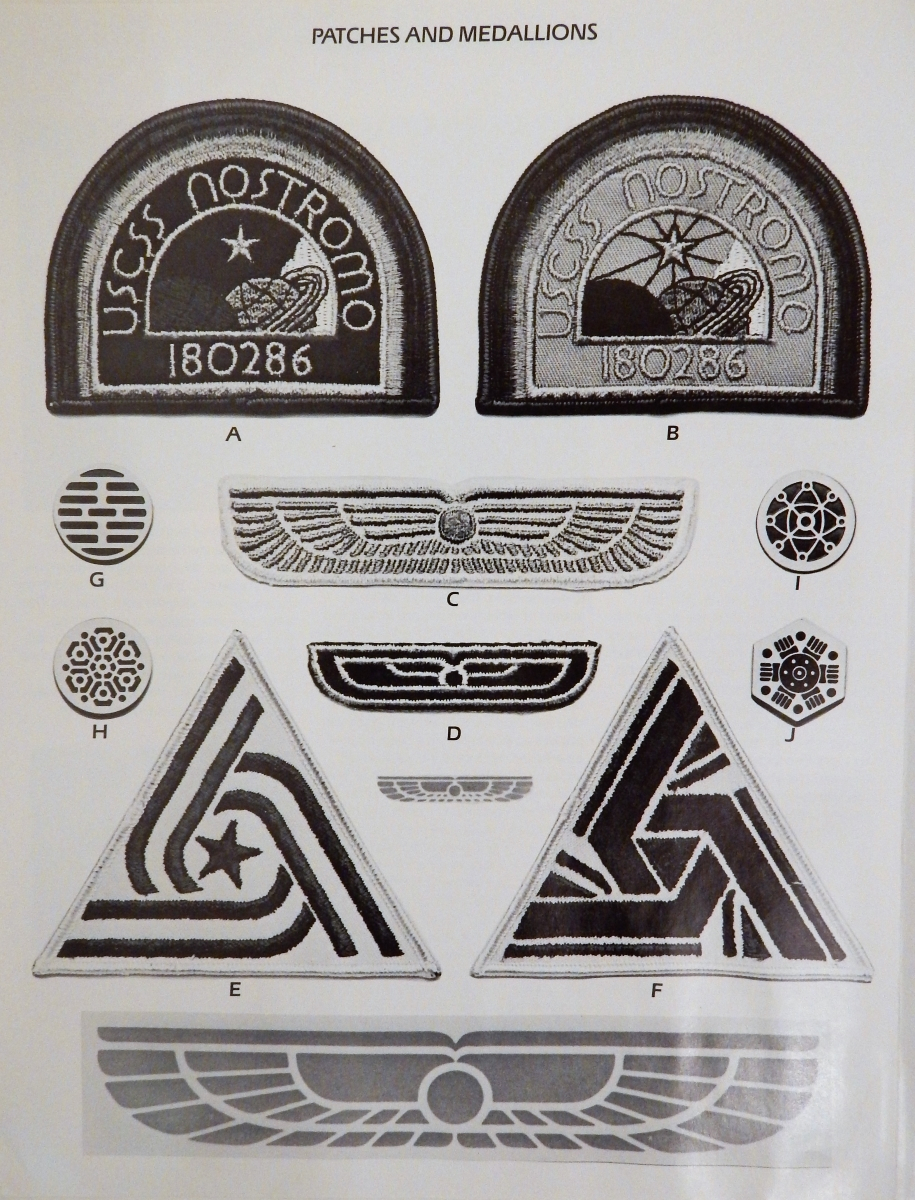 This is from a verified long time collector who has one of these: 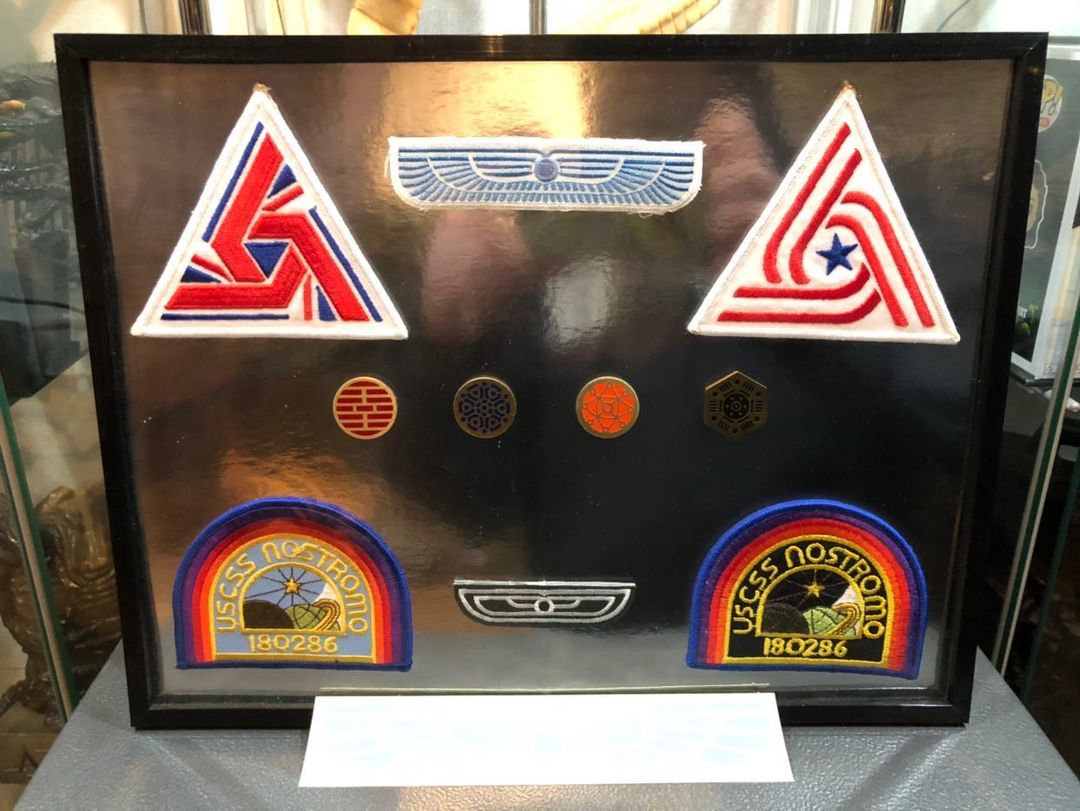 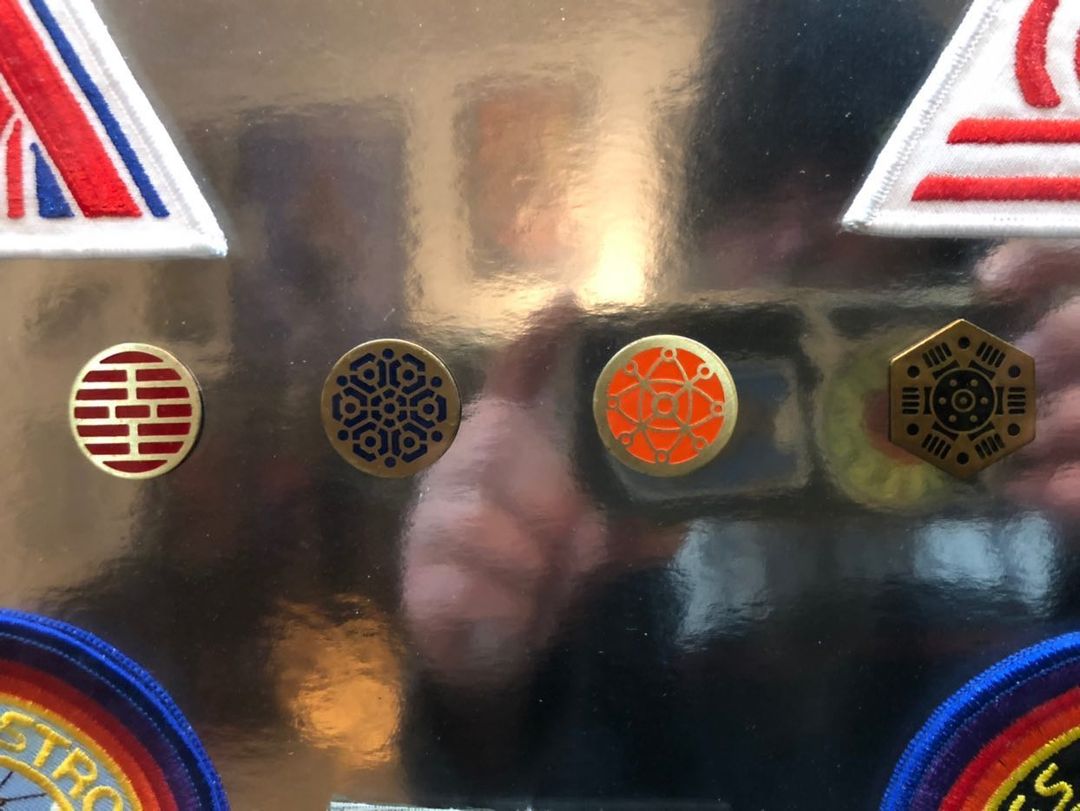 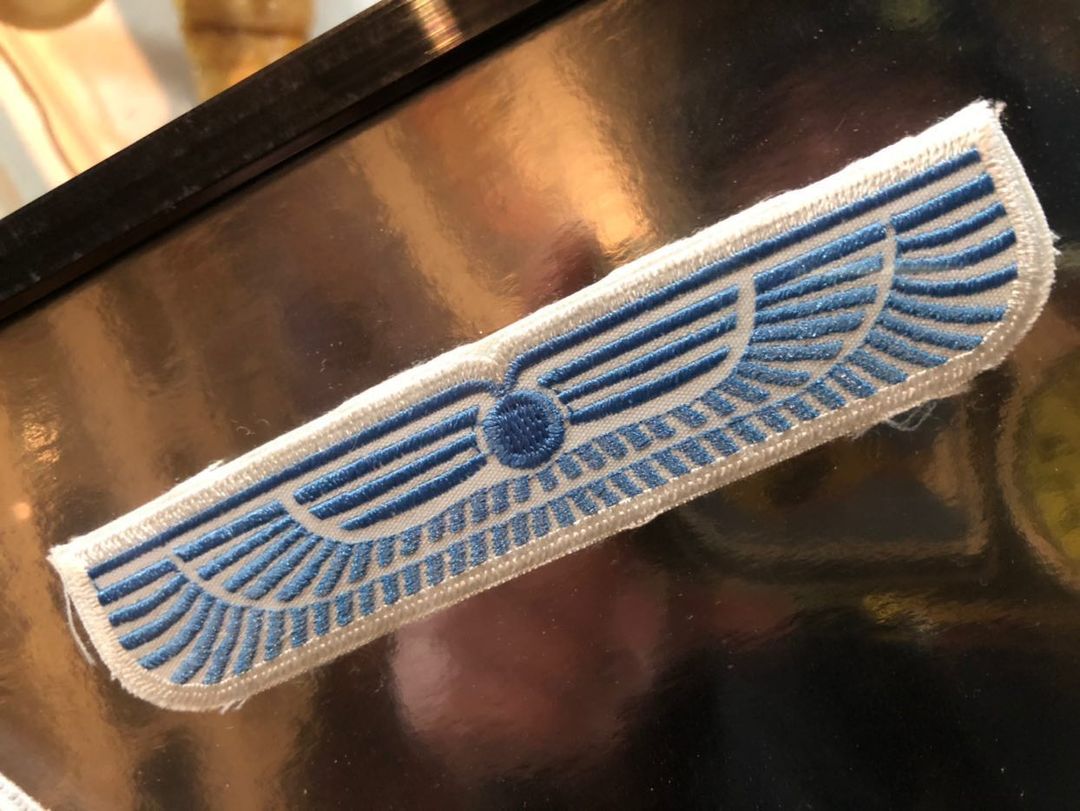 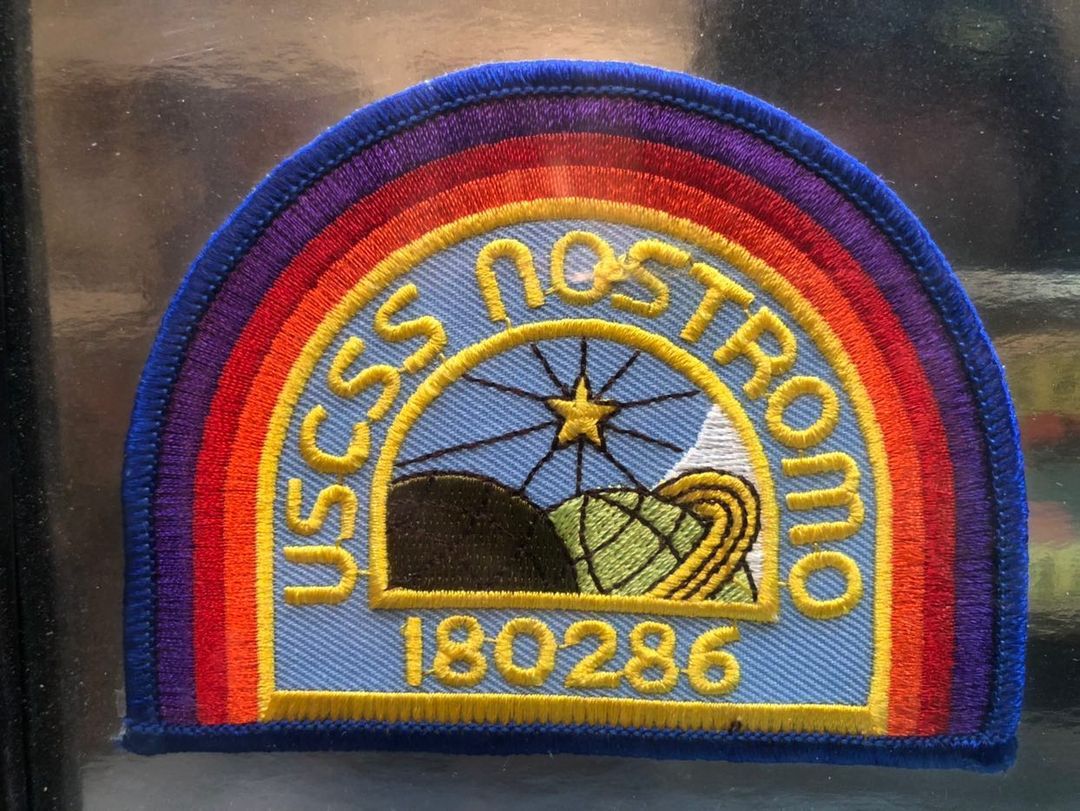 This "production made jacket" patch: 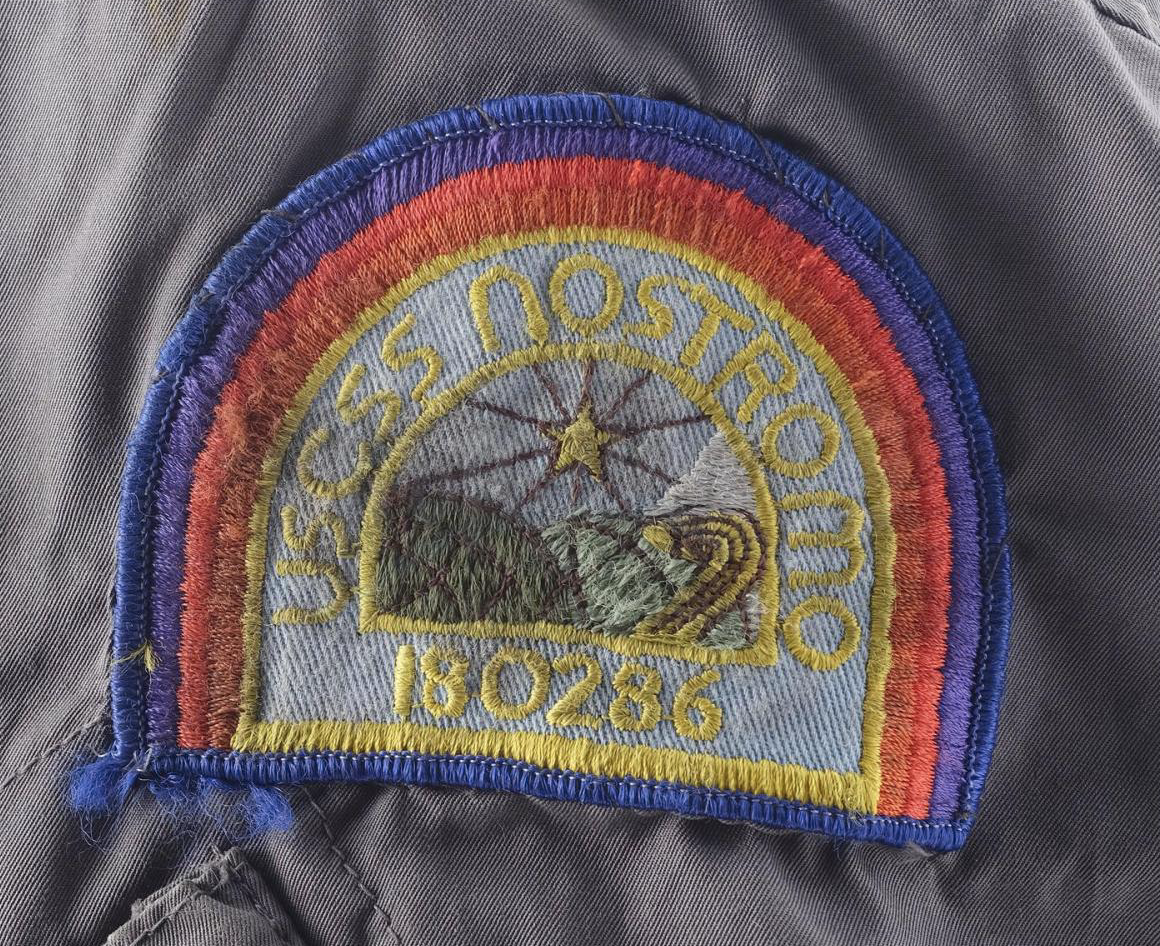 From what I'm seeing, the shoulder patch, wings and lapel pin match this release, no where could I find any one of these patches anywhere in production, not on screen used garments, and not on any prototype garment. But that's just me...

NostromoCrew said:
From what I'm seeing, the shoulder patch, wings and lapel pin match this release, no where could I find any one of these patches anywhere in production, not on screen used garments, and not on any prototype garment. But that's just me...
Click to expand...

Definitely looks like those patches.. Doubt there is any investigation going to happen. As it still is up in auction.
T


From what I'm seeing, the shoulder patch, wings and lapel pin match this release, no where could I find any one of these patches anywhere in production, not on screen used garments, and not on any prototype garment. But that's just me...
Click to expand...

I don't think the patches on Prop Store's jacket are The Thinking Cap Company's patches that you have pictured there because they are constructed a little differently. The Prop Store patch has most of its "USCSS NOSTROMO" lettering attached to the central graphic via a small connecting thread found at the bottom of the letters, whereas that The Thinking Cap Co. patch only has "U", "S", "N", and "O" attached to the central graphic. Here's a different picture of the Prop Store patch from the updated auction listing's photos (which didn't have the bracelet at one point for some reason, but it's back now): 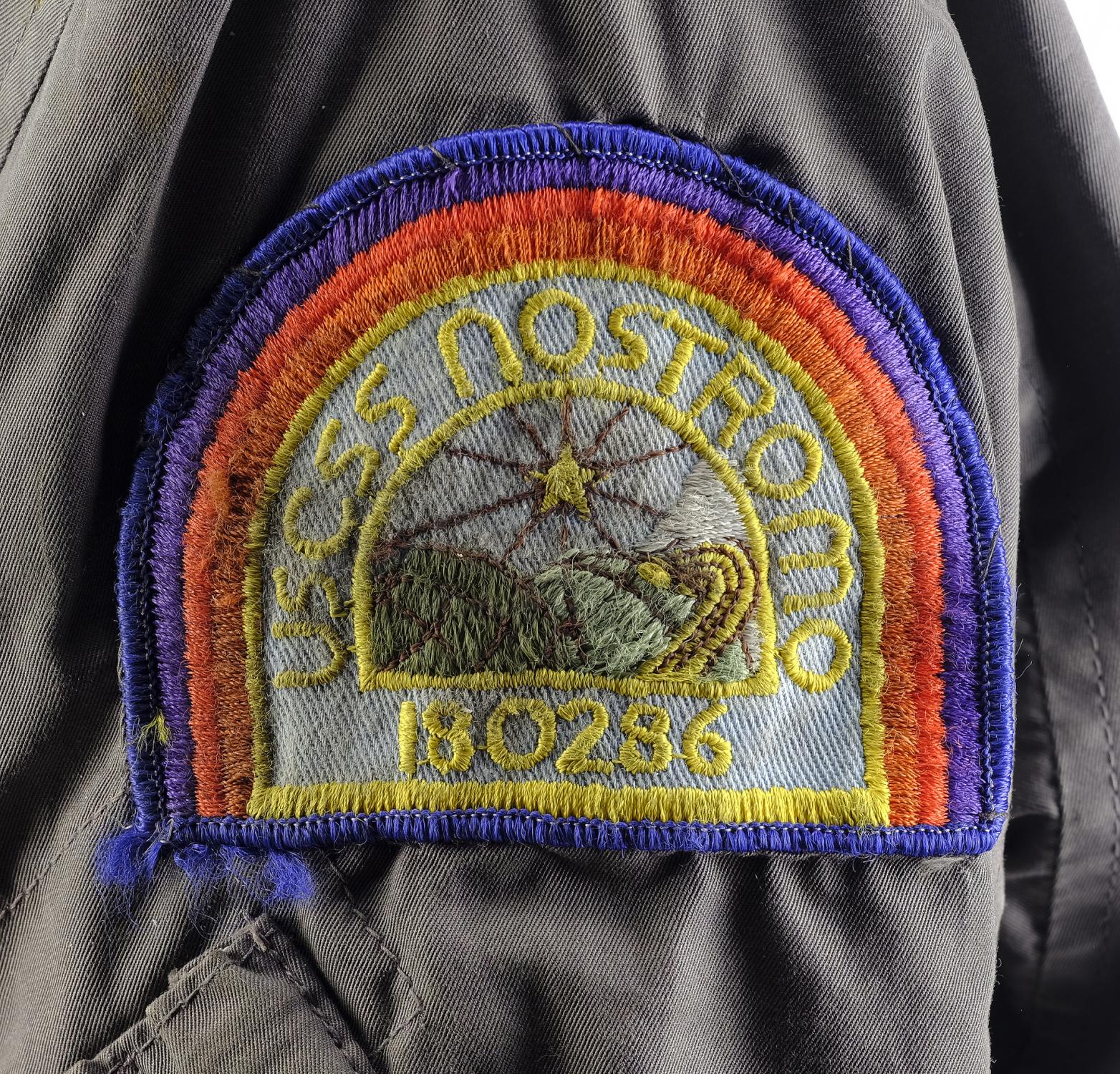 SKIN JOB 66 actually has a prototype Brett hat with a merrowed-edge patch, but that doesn't seem to perfectly match the Prop Store patch in construction either; the numbers don't appear to be connected by thread and the star seems to be a different size:

However, in the description for the PROPbay.com listing, he notes that the patch on the cap "closely matches another patch [he has] in [his] collection", so maybe that one is closer to the Prop Store patch. I also imagine these are some of the examples Brandon Alinger mentioned.

It's also worth noting that The Thinking Cap Company seems to have released different variants of the Nostromo patch. Here's the version included with The Authorized Portfolio of Crew Insignias from the United States Commercial Spaceship Nostromo that are pictured on The Harry Harris Aliens Collection & Archive and Speculative Identities (great article, BTW):

This version seems to be a pretty perfect match in construction to the patch seen on the Prop Store jacket. All of the connecting threads between letters/numbers appear to be in the same positions, but maybe the cloud on the right of the center graphic is a little straighter on The Thinking Co. patches. There's also this variant from a recent eBay listing of the portfolio that seems to have shinier thread and thinner letters/numbers, but has the larger yellow spot on the right planet that the Prop Store patch has:

This version from WorthPoint seems like it could just be the same as the last one, but possibly without the connecting thread between the numbers (hard to tell):

If those don't have connected numbers, then it would pretty much be a match for the patches pictured inside of the portfolio:

This version listed at PROPbay.com doesn't even have merrowed edges:

And then there's the patches that The Thinking Cap Co. used on their hats (which themselves varied in construction). While these seemed to vary in the thickness of the letters/numbers and shininess of thread used (and one even seems to be the correct light gray/blue color), the connecting threads seem to all be the same configuration (letters connect to center graphic; numbers aren't connected to each other):

In conclusion, I dunno, but it looks more like that first version of The Thinking Cap Company patch than the patch on the prototype that cap that SKIN JOB 66 owns.

Also, did they fix the wings patch?

For anyone interested in a modern NASA name tag for their costume: