RPF PREMIUM MEMBER
Hey Guys, I posted a topic a while ago asking about a solid cast iron Pred 2 Bio I'd managed to acquire. I thought I'd update you all on how things went after having it shipped to Canada.

Pic 1 - When the packaged arrived I was gutted to find it busted into 3 pieces The thing weighs over 56lbs and had broken it's own back in transit! 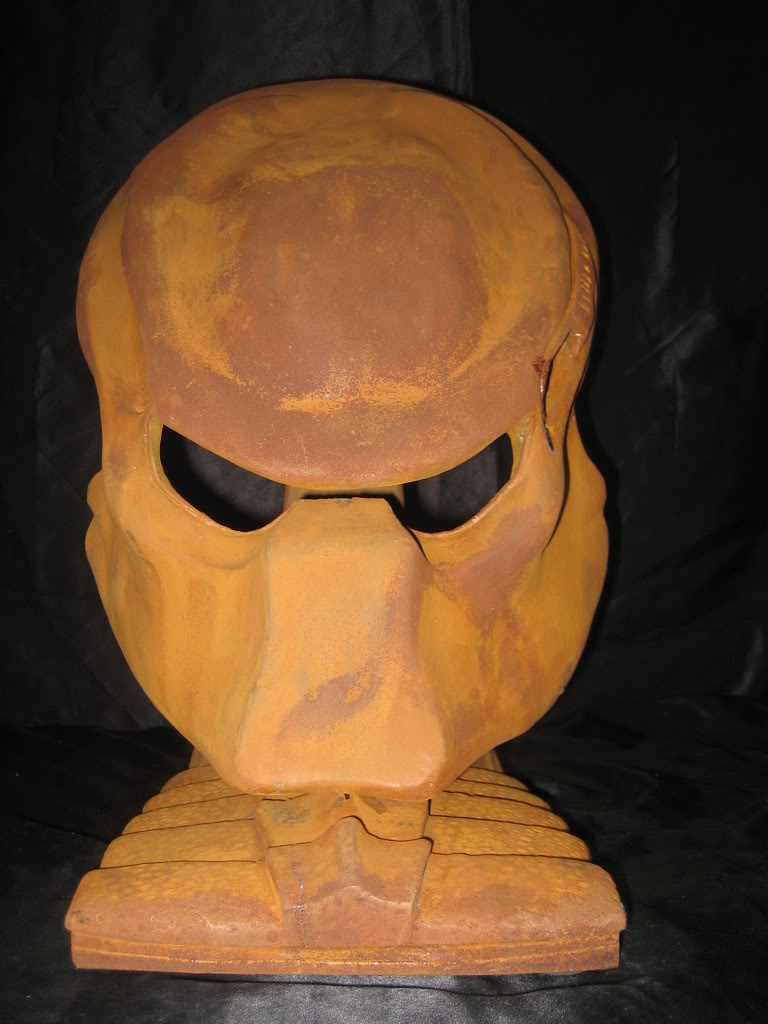 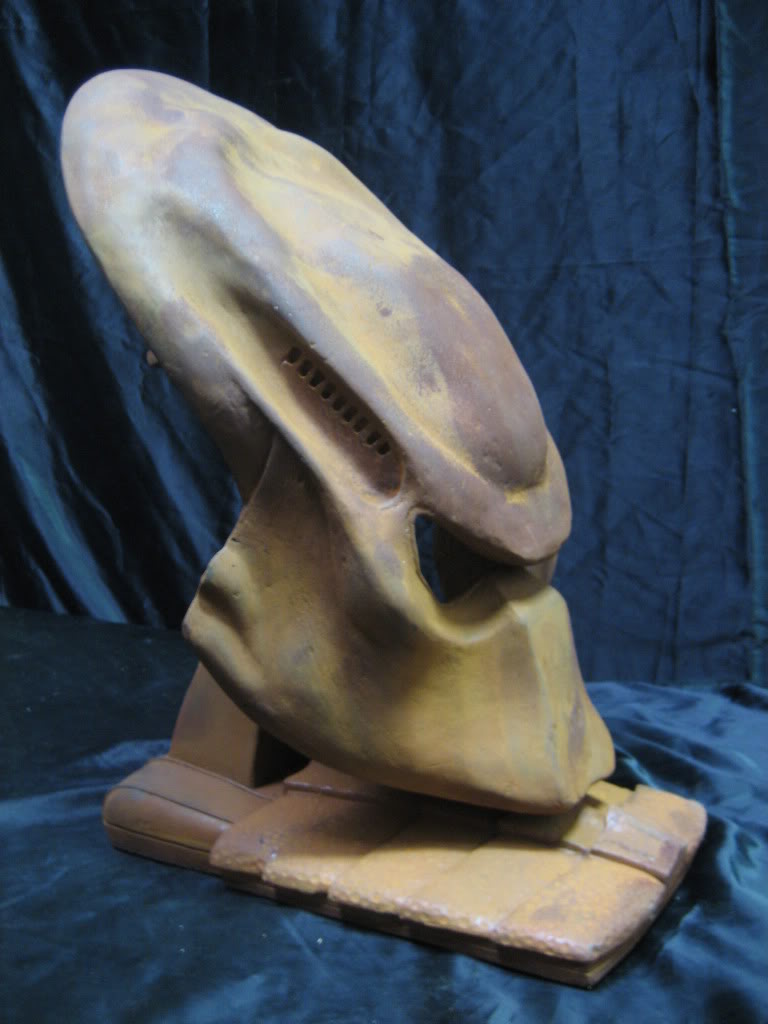 Pic 3 - I decided that since it was quite a significant piece from the HCG Production Process I was going to invest some time and cash into making it as impressive as possible. I started removing rust to see how close I could get to bare metal 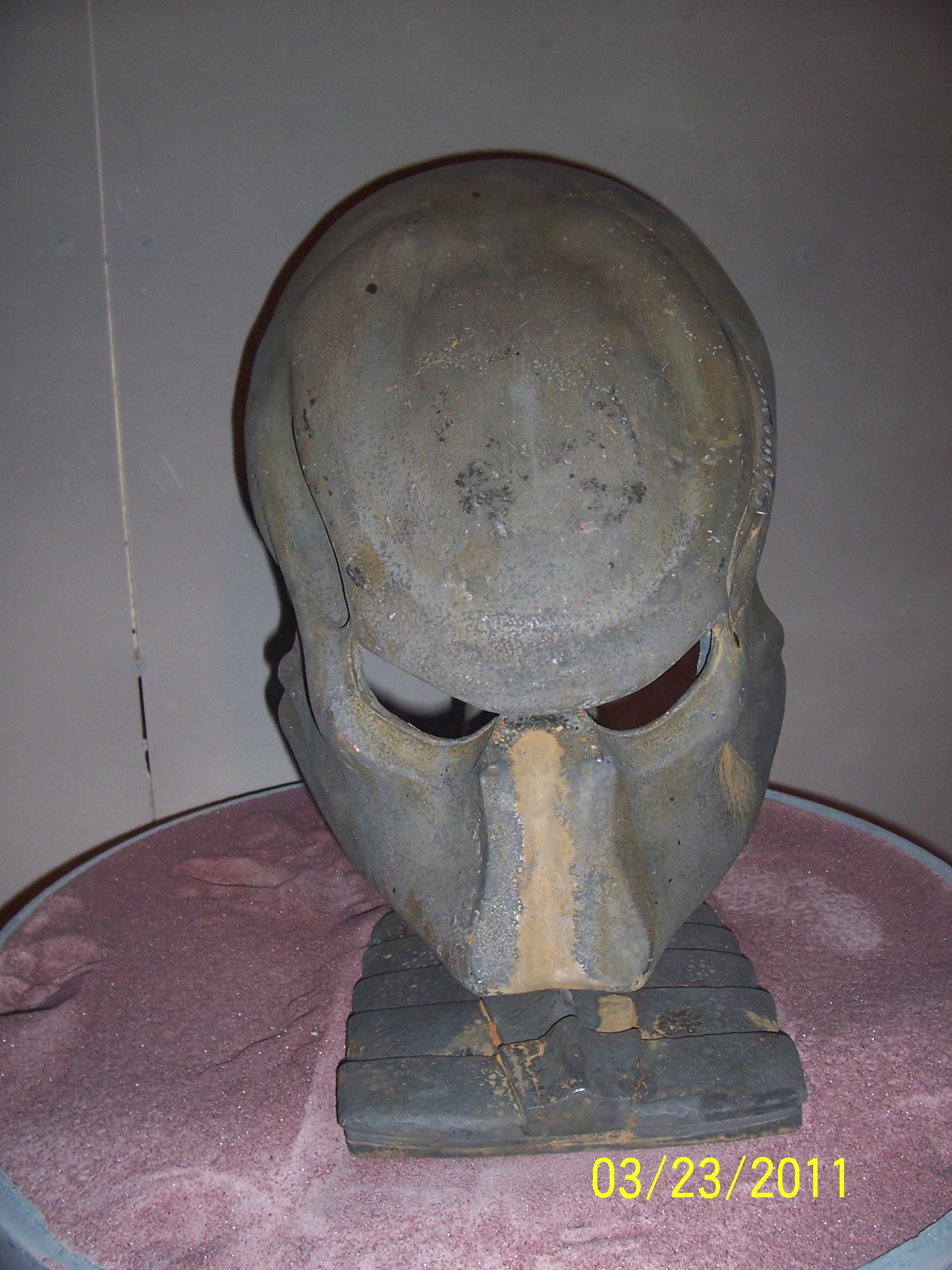 Pic 4 - After hours of coughing on acid fumes and running to the sink to wash off acid splashes on my face... I gave up on the rust removal and decided to let the professionals do it. 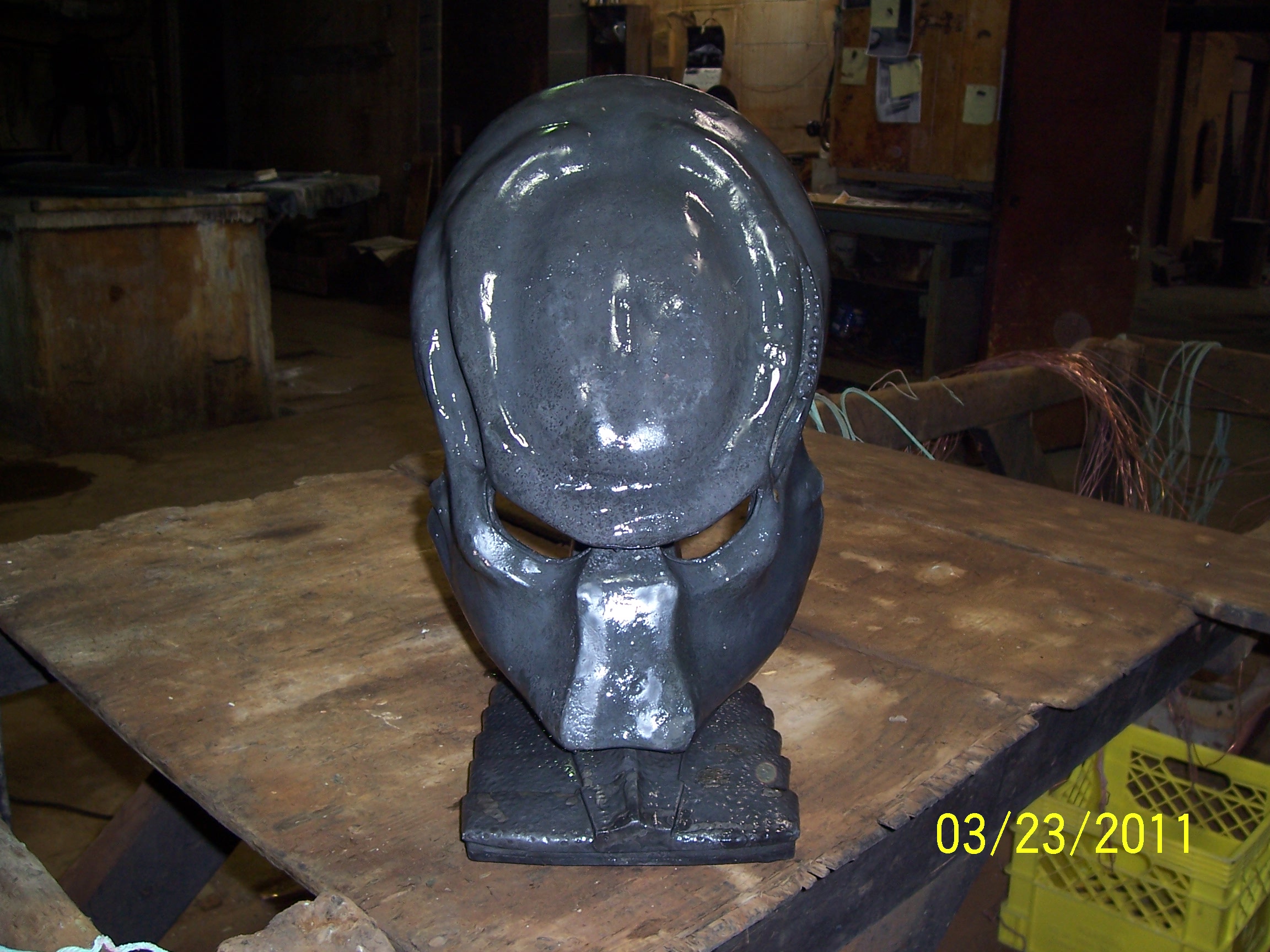 Pic 5 - The guys at Supreme Plating in Edmonton soon got to work and the agreed finish was "antiqued copper with a green oxidized patina".. ... 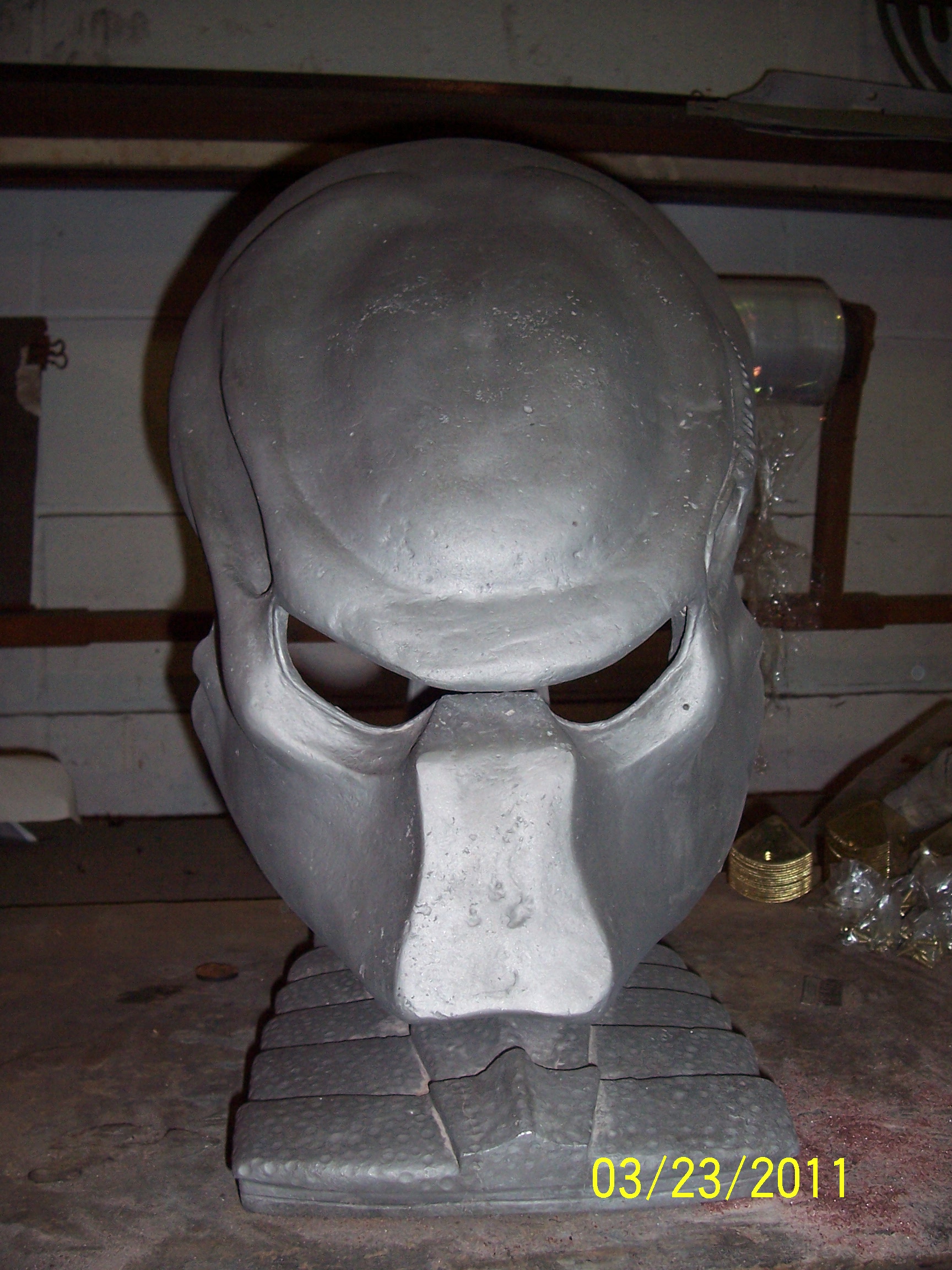 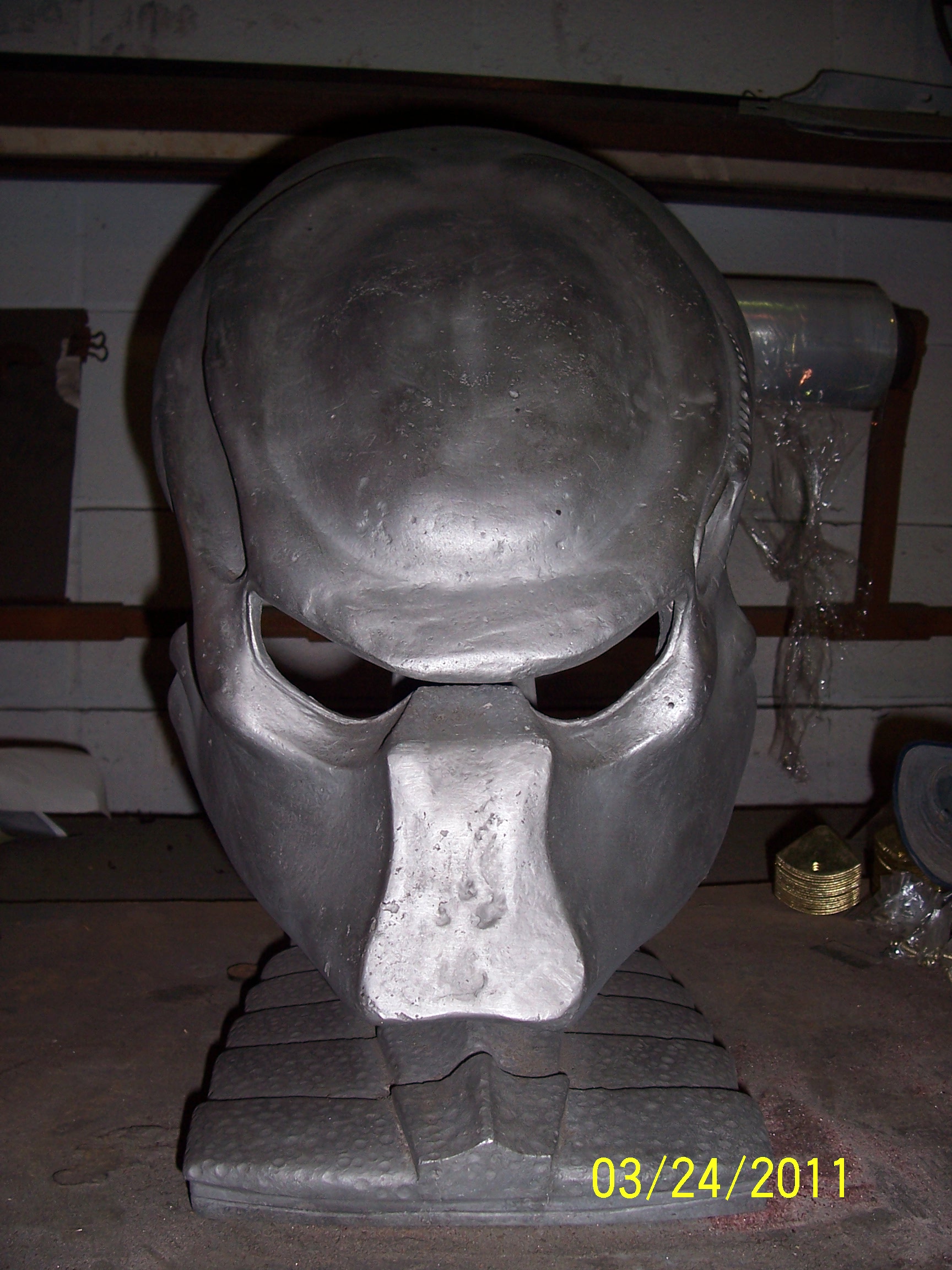 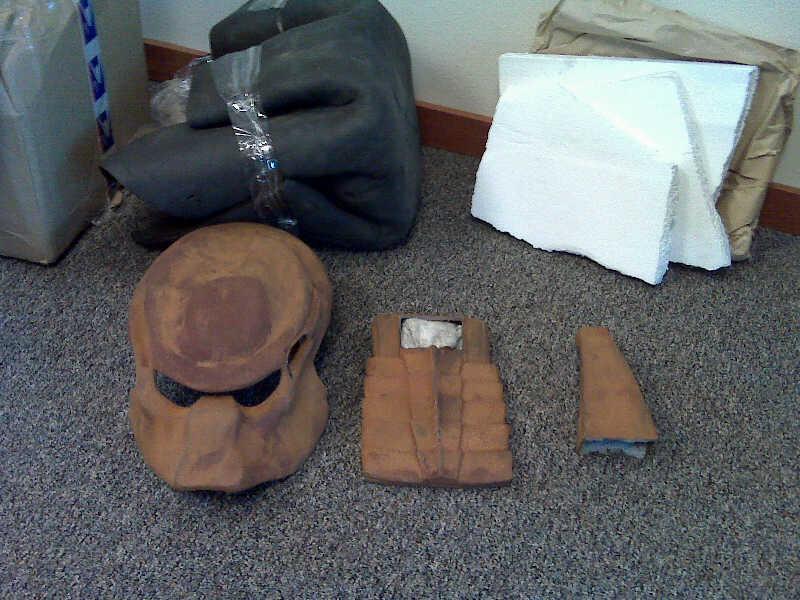 The piece should be ready over the weekend and once I've got it home on display with the rest of the toys... I'll post more pics

How about to add rusted mesh for the eye-area. That would look pretty cool!