hey guys
So i've been up to quite a few things recently, So here it goes, A while back i said to myself i was gonna start a weapon wall similar to what usurper had done, i got inspiration on this and so i went along my business and started gathering materials slowly, then....... i had a change of thought... I said to **** with it. I'M GONNA BUILD A PRED ROOM!!

So i got hold of a set of shelves and assembled it blah blah............. i then went about decorating it with different items such as figures and props. So anyways about the figures i got them from shops and online so thats cleared up on where i got them.

The avp sets i'm still missing a few and hopefully i'll get the rest soon i got them in a shop and i'm sure you can get them on ebay.

The trophy thing i made myself as it kinda commerates the victory i had at the Heros and Legends comic con Ireland february, i was given the prize/title best costume in costume contest. so i decided to make it myself and i won it and took a victory for the team. (TEAM PREDATOR) LOL

I did very much enjoy it as an overall experience and would love to do it again soon!

moving on i got all the bios off the lair from a number of people, and i got the props from people here also, the avp shuriken i got from bryan aka predator666thepain666, the avp cannon i got from X member biohunter76.

the elder pistol was just an old pirate pistol that i found lying around and i used as a prop. The Shark head i jumped into the fish tank in seaworld and fought a brutal hand to hand battle! LOL no i actually got it in a shop in holidays about 5 years ago and it had all sorts of skulls etc which would be perfect to decorate a trophy wall. 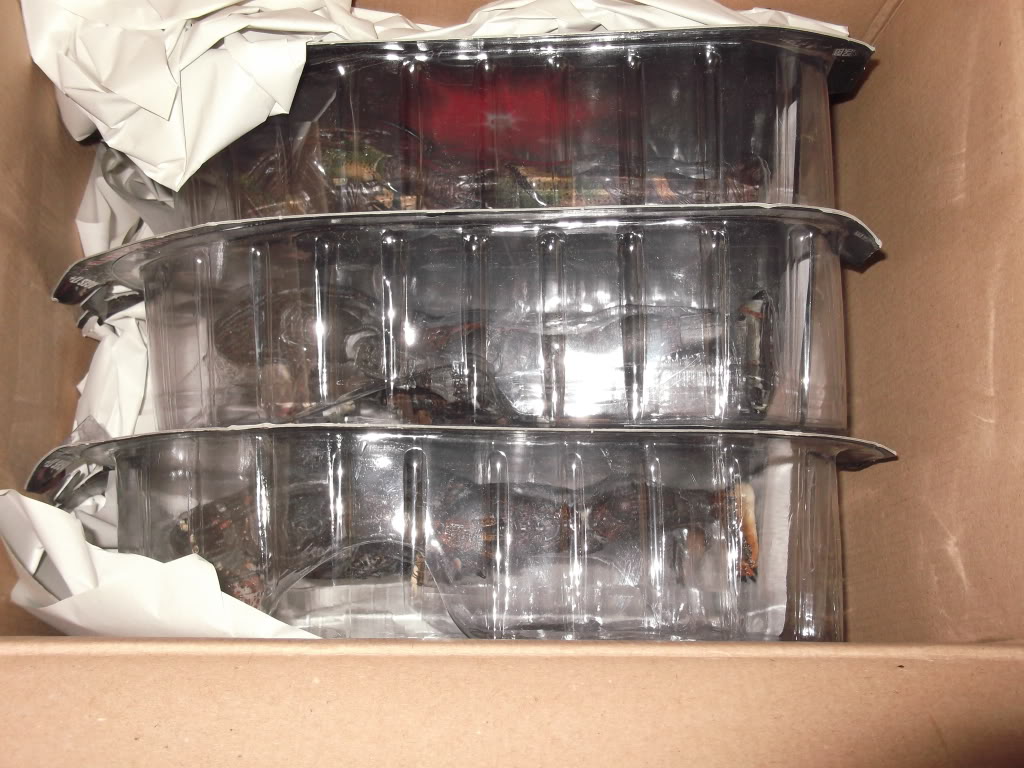 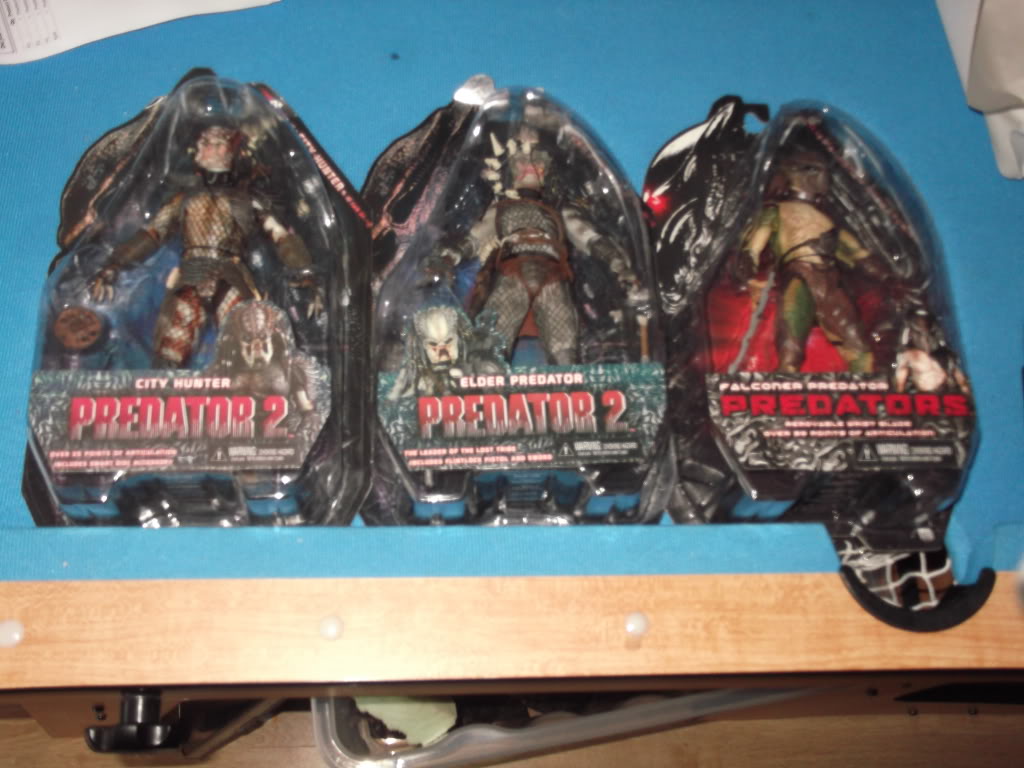 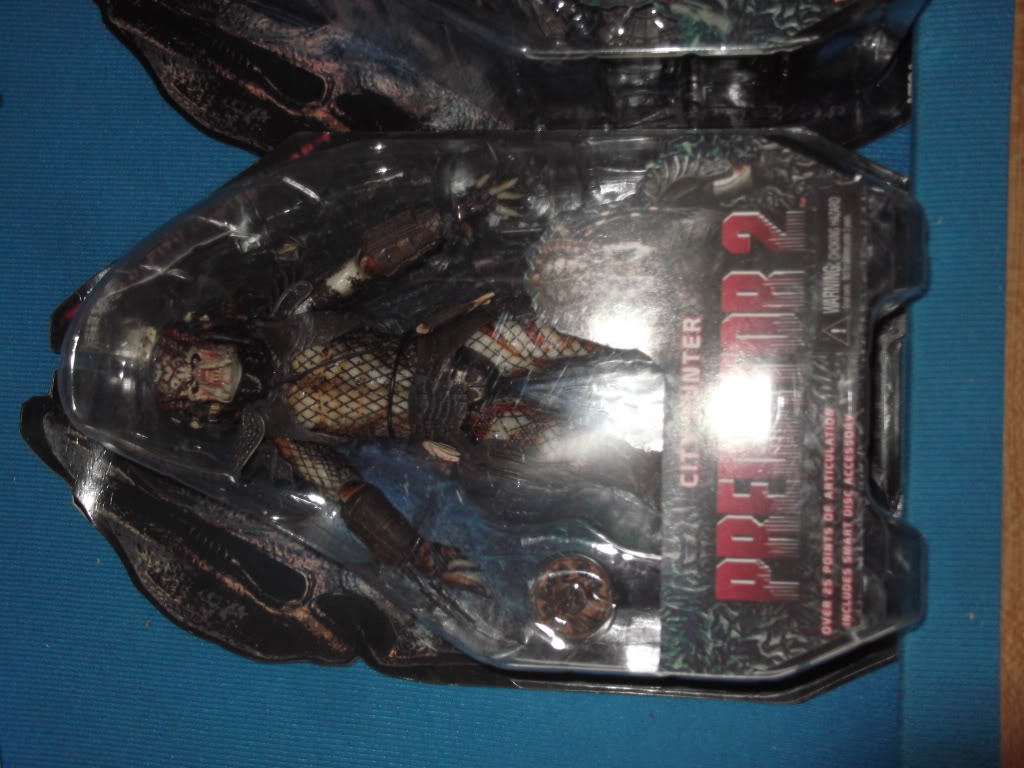 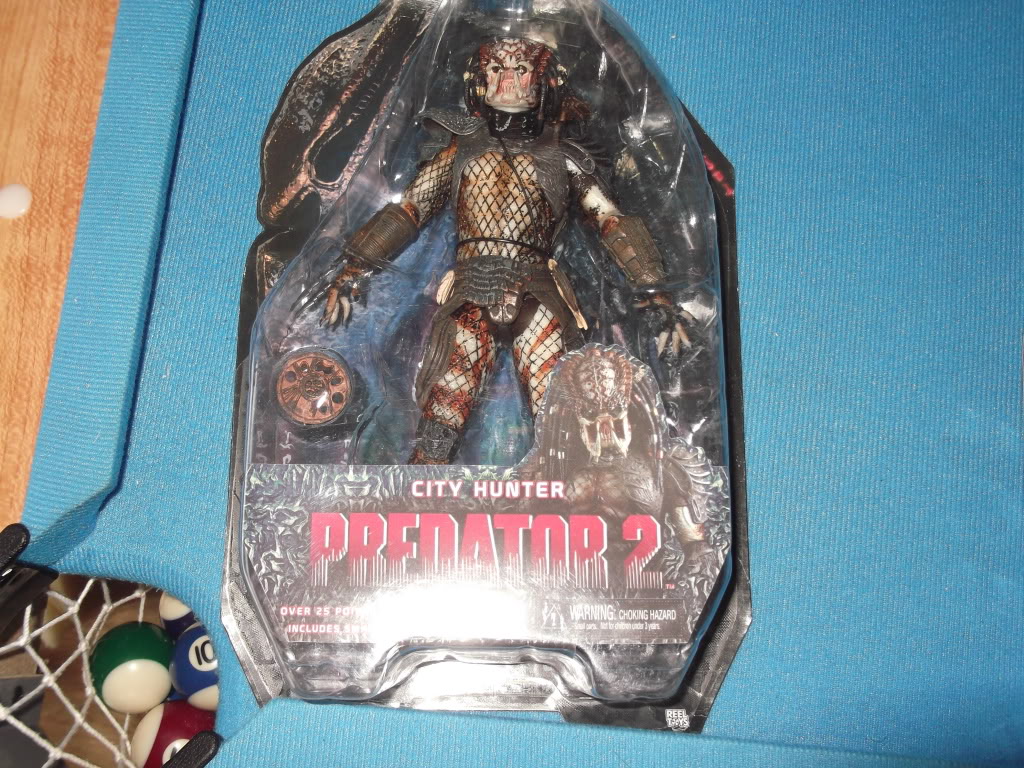 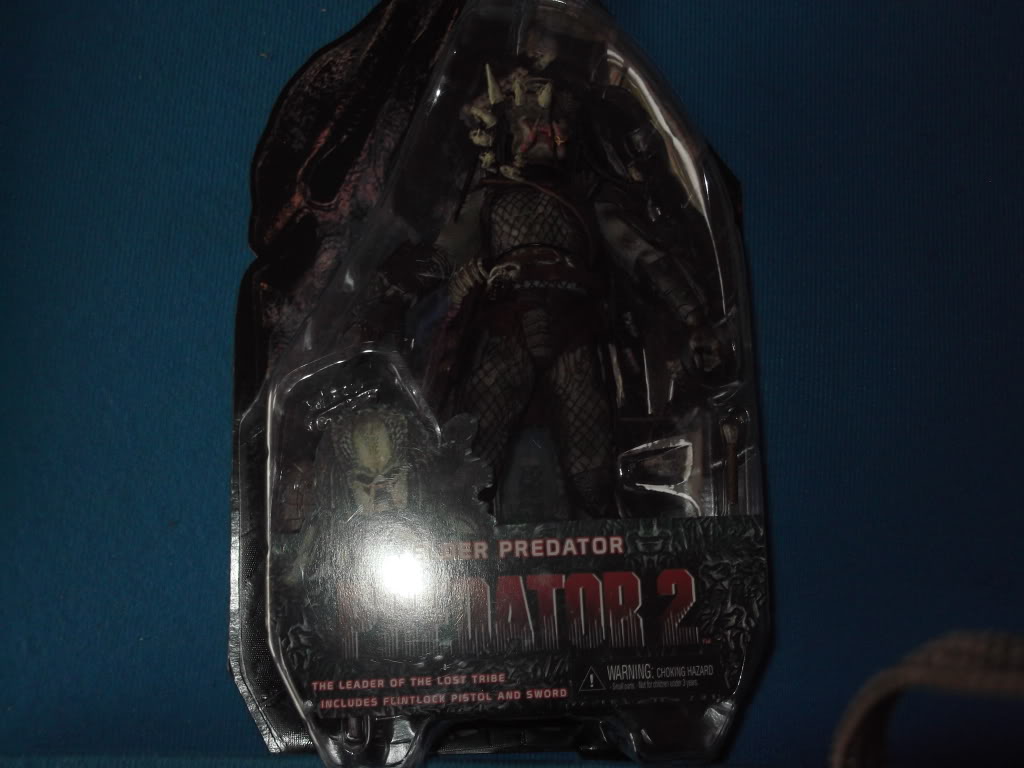 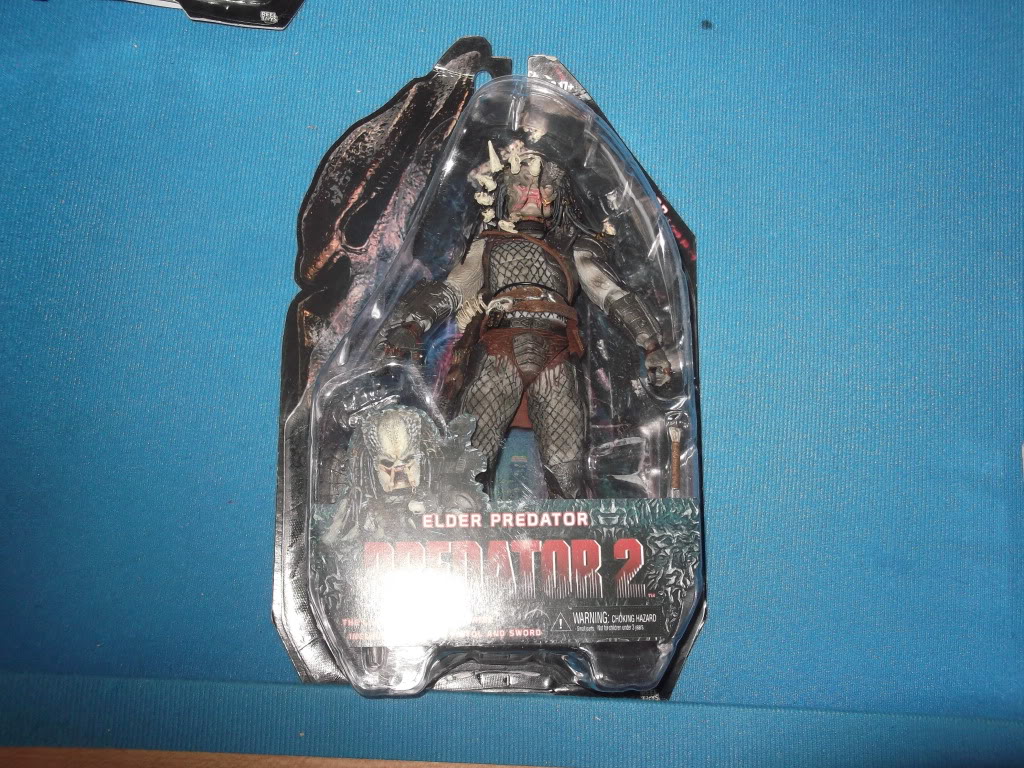 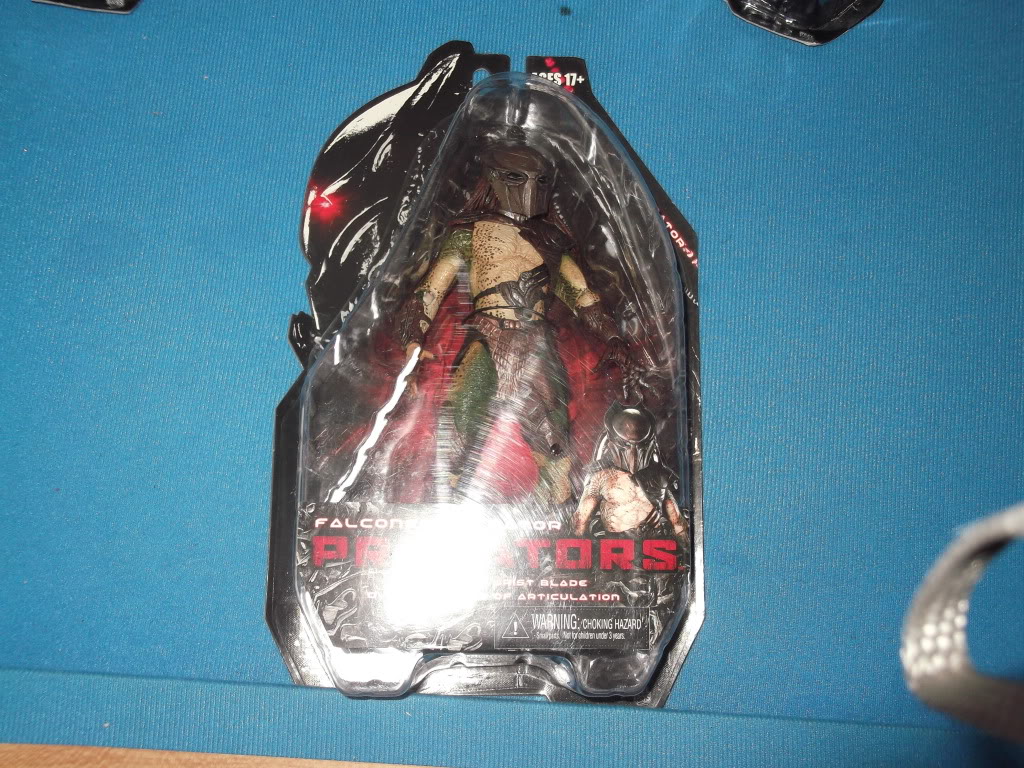 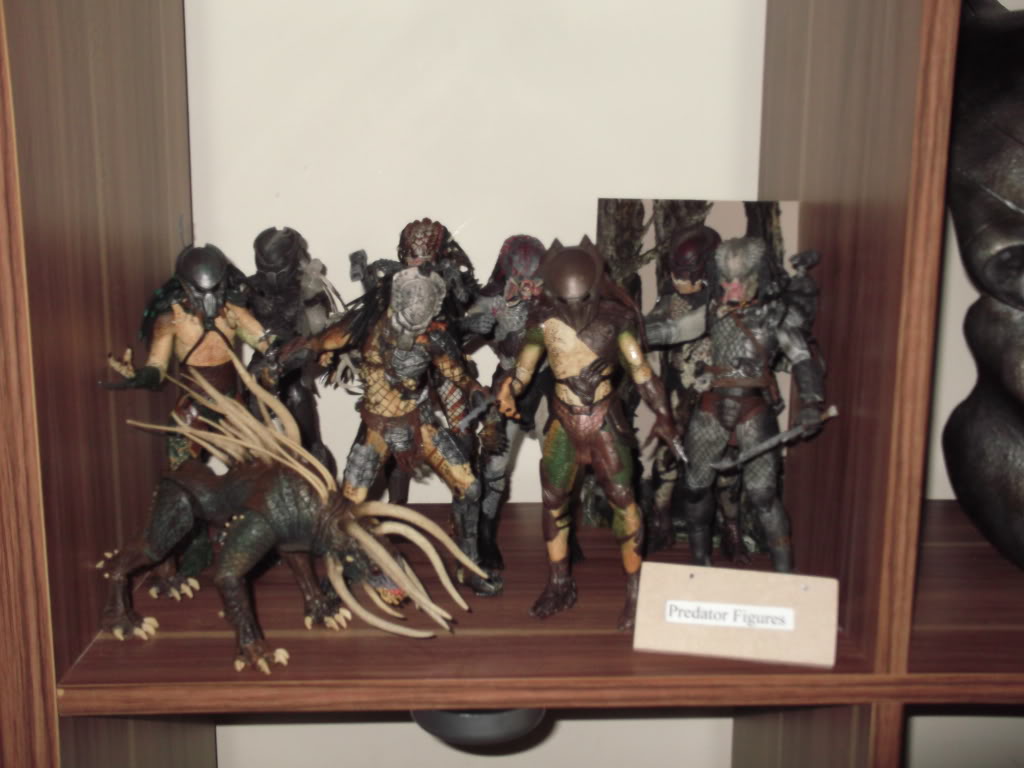 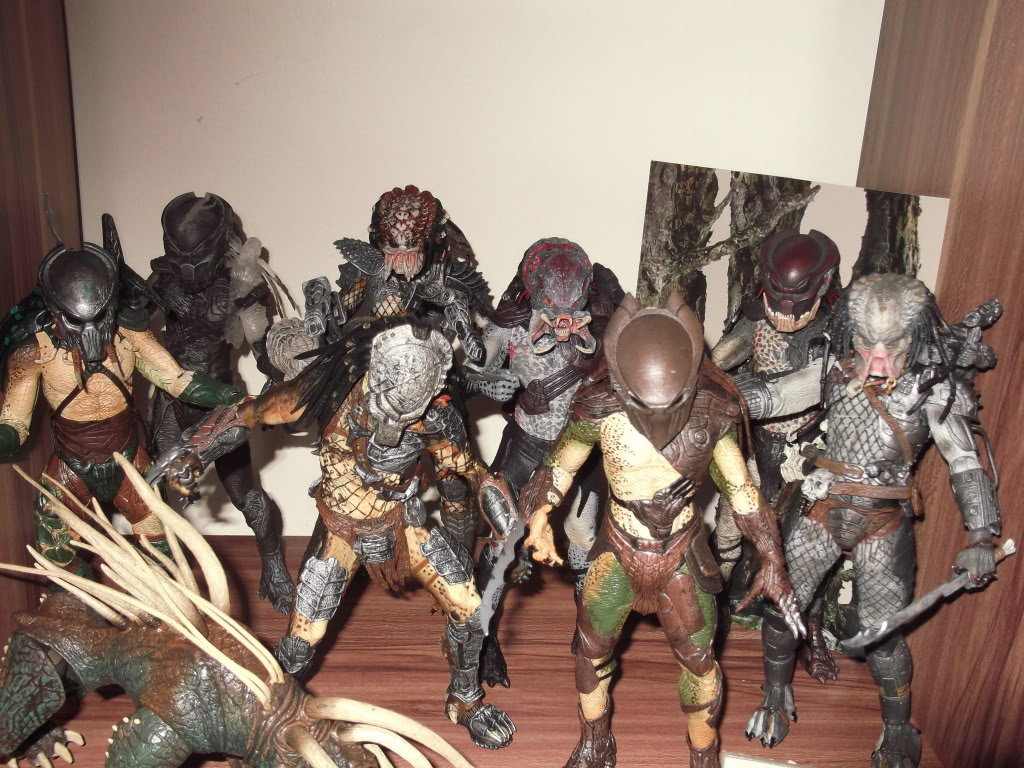 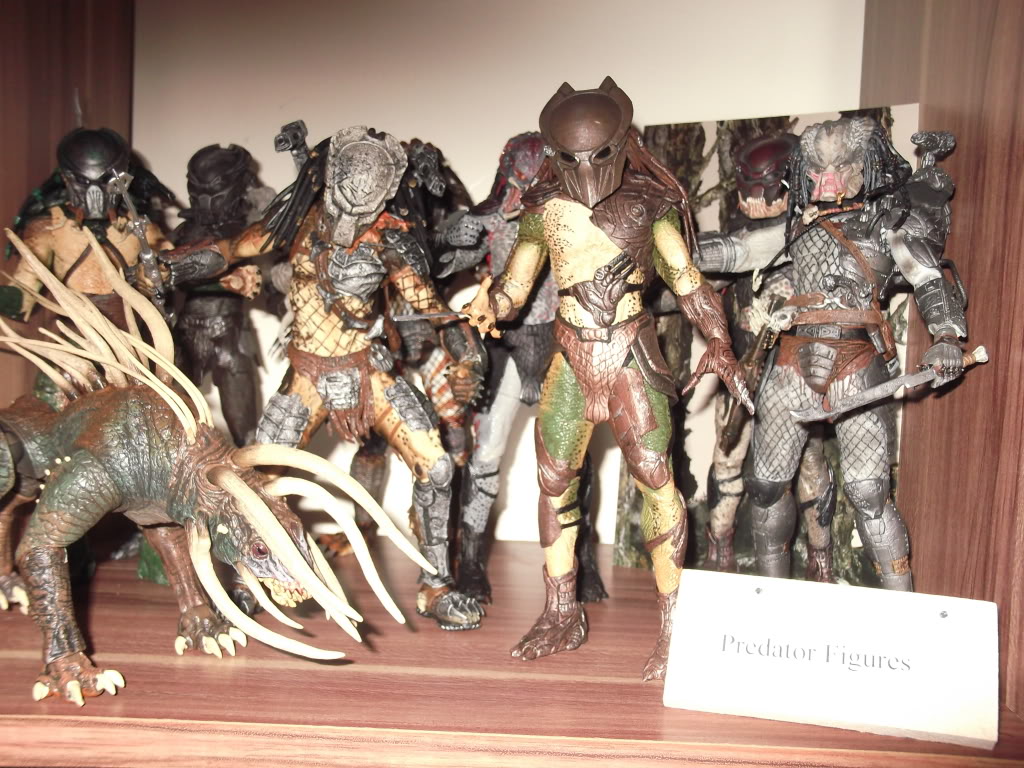 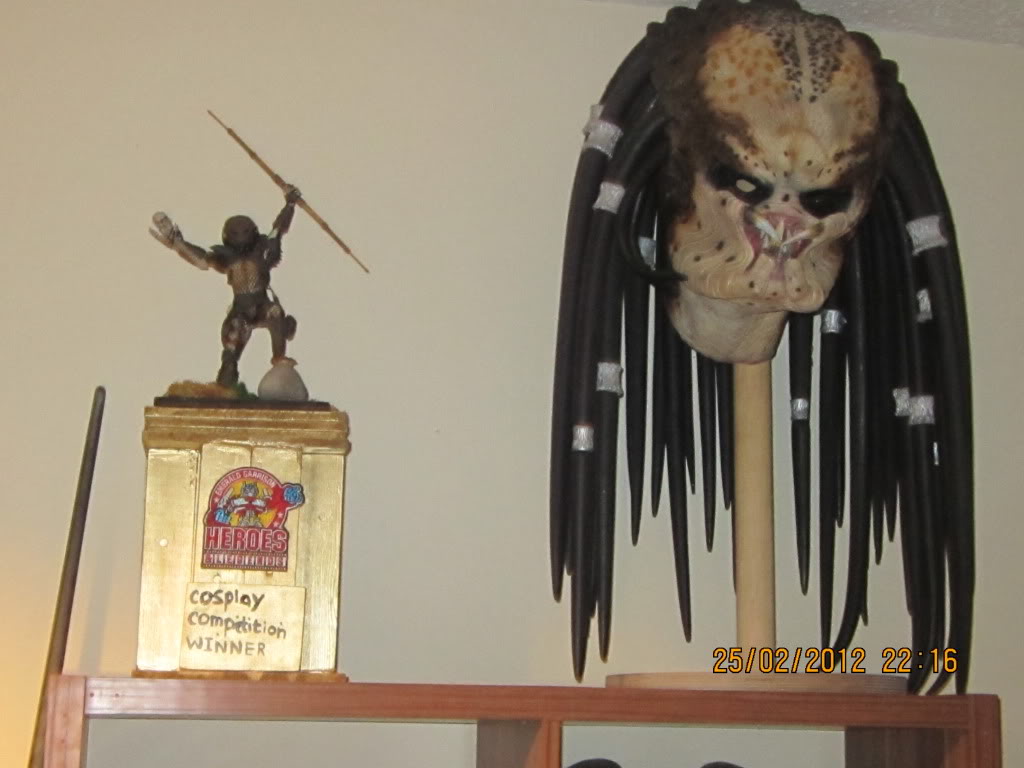 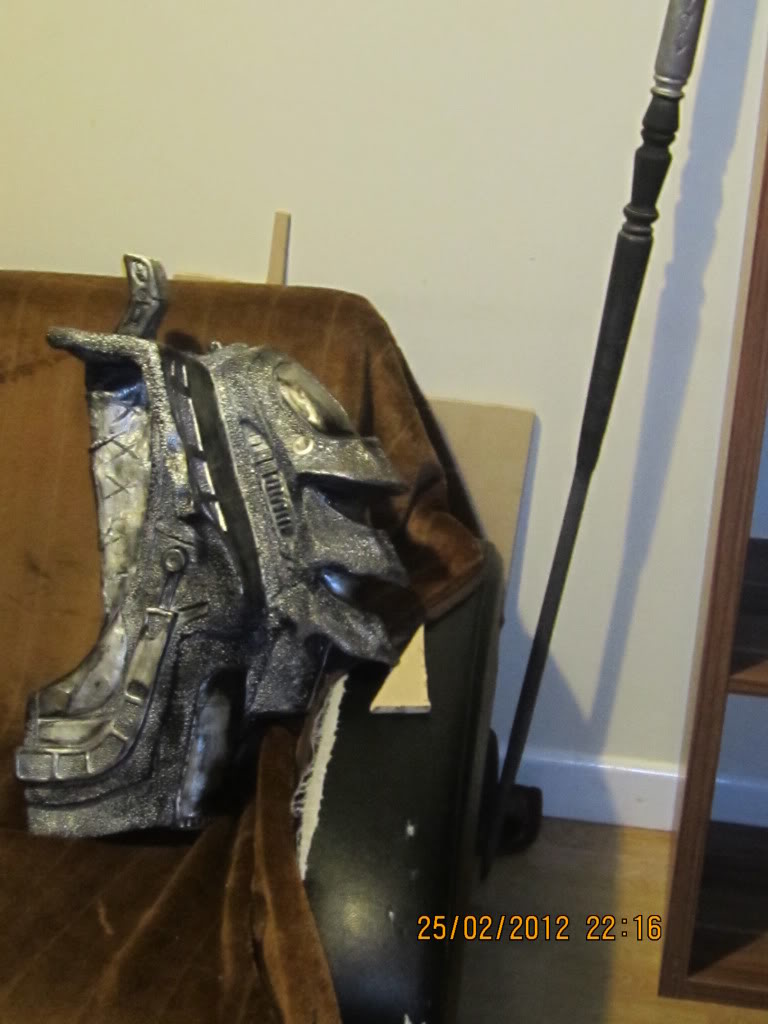 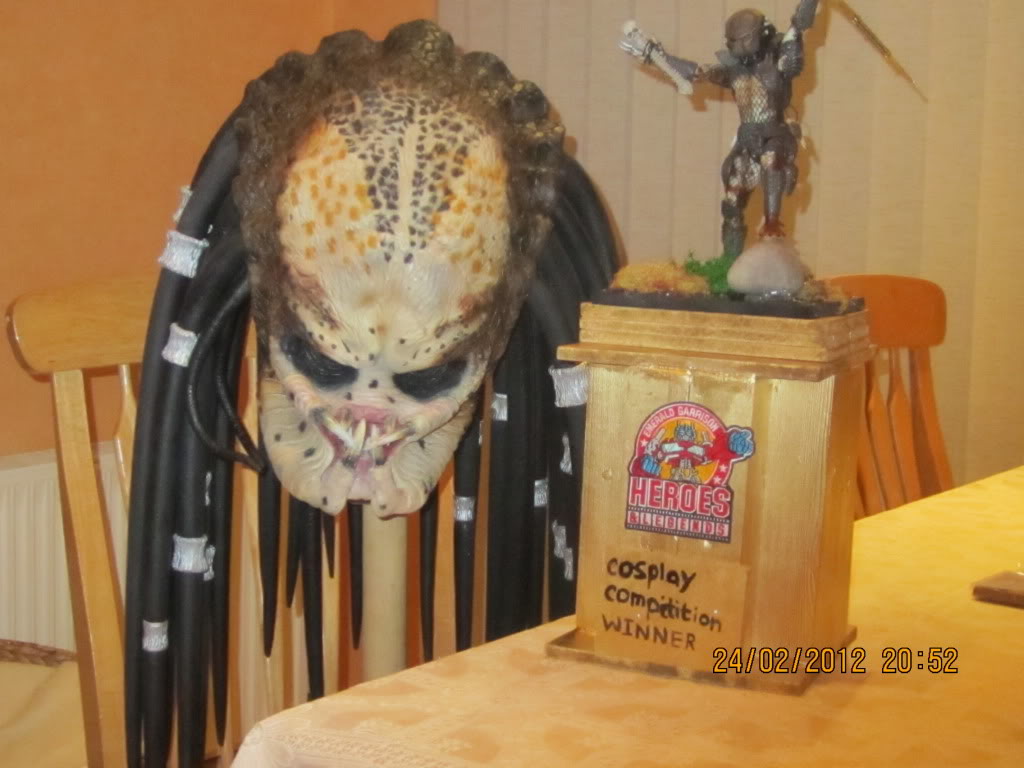 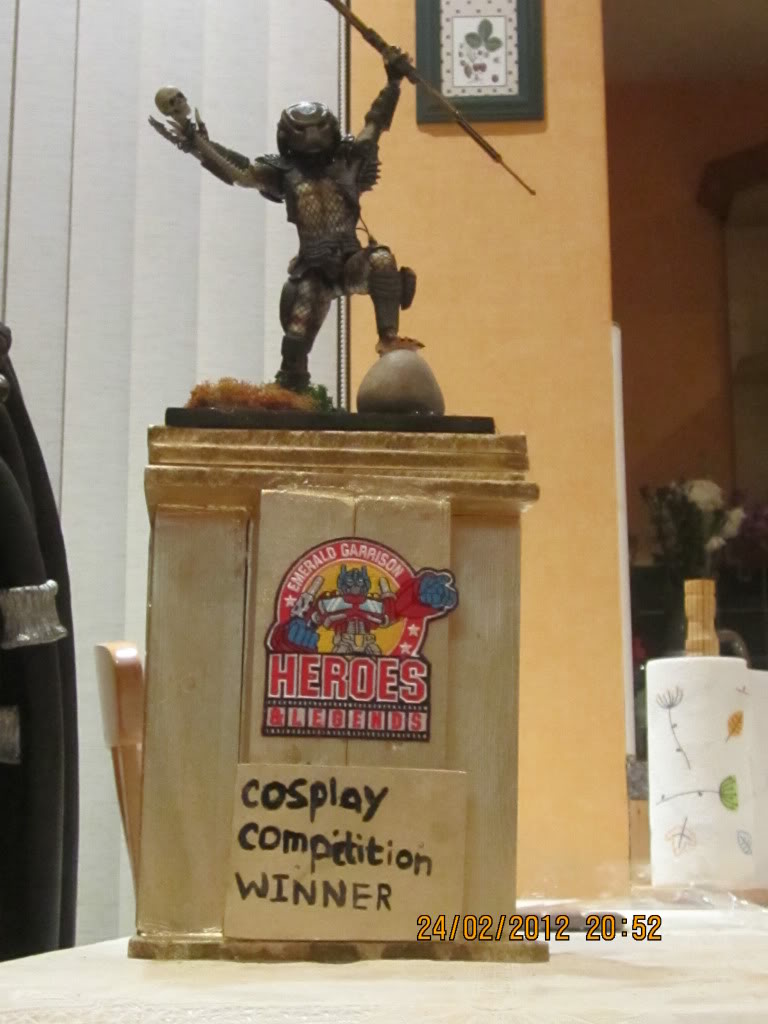 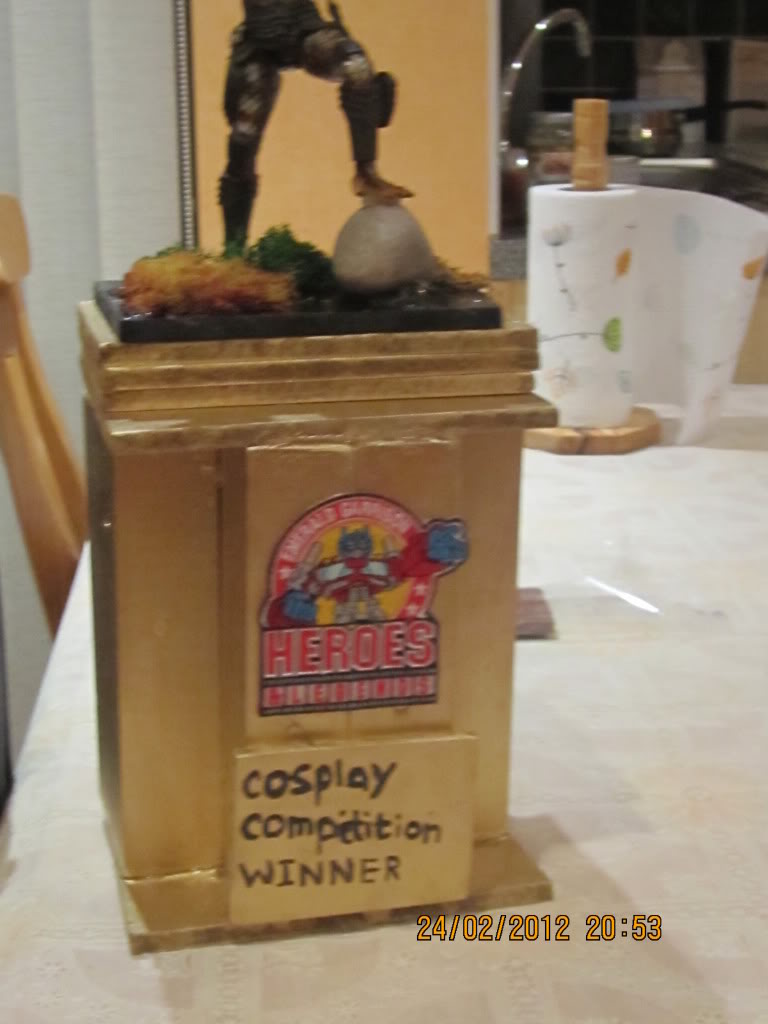 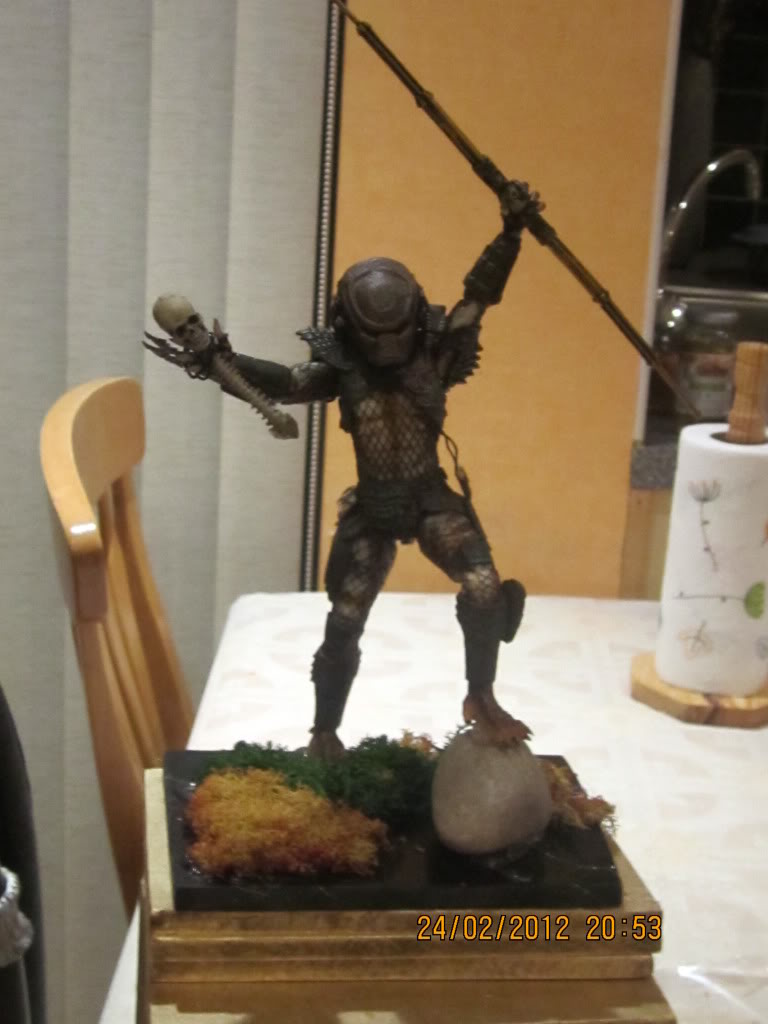 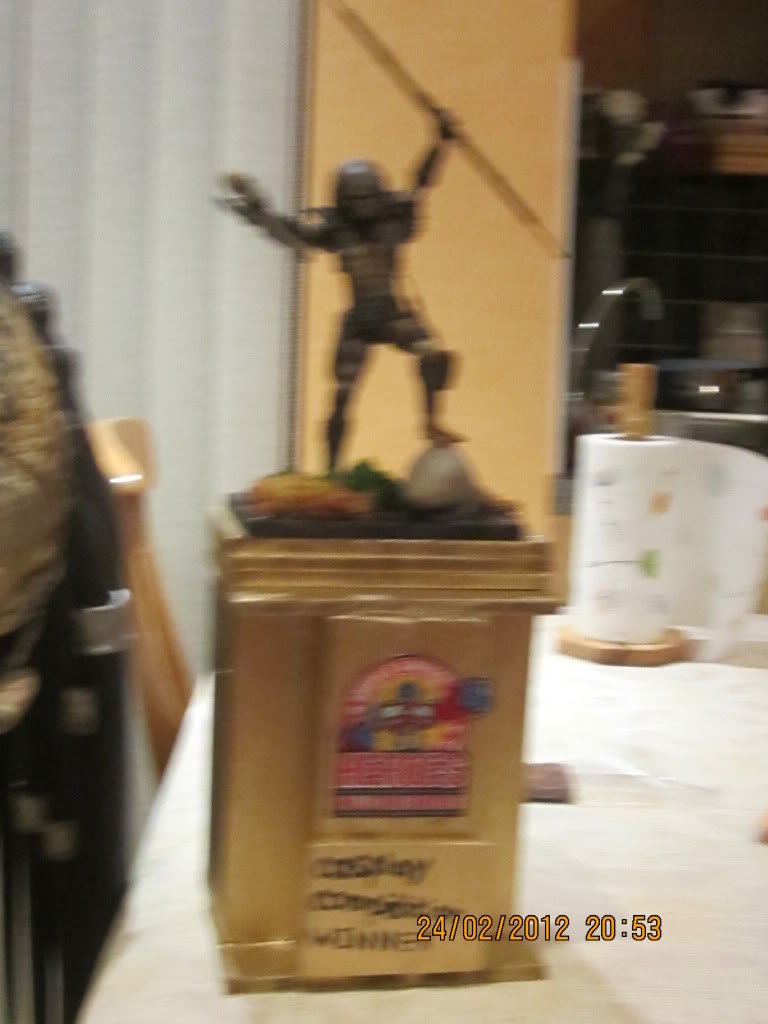 SO theres the pics, i will have more soon. in fact i just started a p2 elder machete so i'll have pics of that too eventually.
i was also thinking of changing the colour of the room but i'm not sure what colour, i also plan to get the movie posters for predator, p2, avp, avp requiem, predators and have them on the walls.

any ideas or comments let me know. PLEASE!
K

Looks like you're off to a great start! Definatley change the romm color greys and silvers with some sponged coppers and browns would set the stuff off, and would probably look good with your new shelves. By the way who made the pack?

kantgetnun said:
Looks like you're off to a great start! Definatley change the romm color greys and silvers with some sponged coppers and browns would set the stuff off, and would probably look good with your new shelves. By the way who made the pack?
Click to expand...

The AVP backpack is made by Mannowar.

Sweet room man. I am working on one myself. I love the trophy! Keep up the work and would love to see a room the color many described.

so here is another update on the pred room and i have more goodies!!! 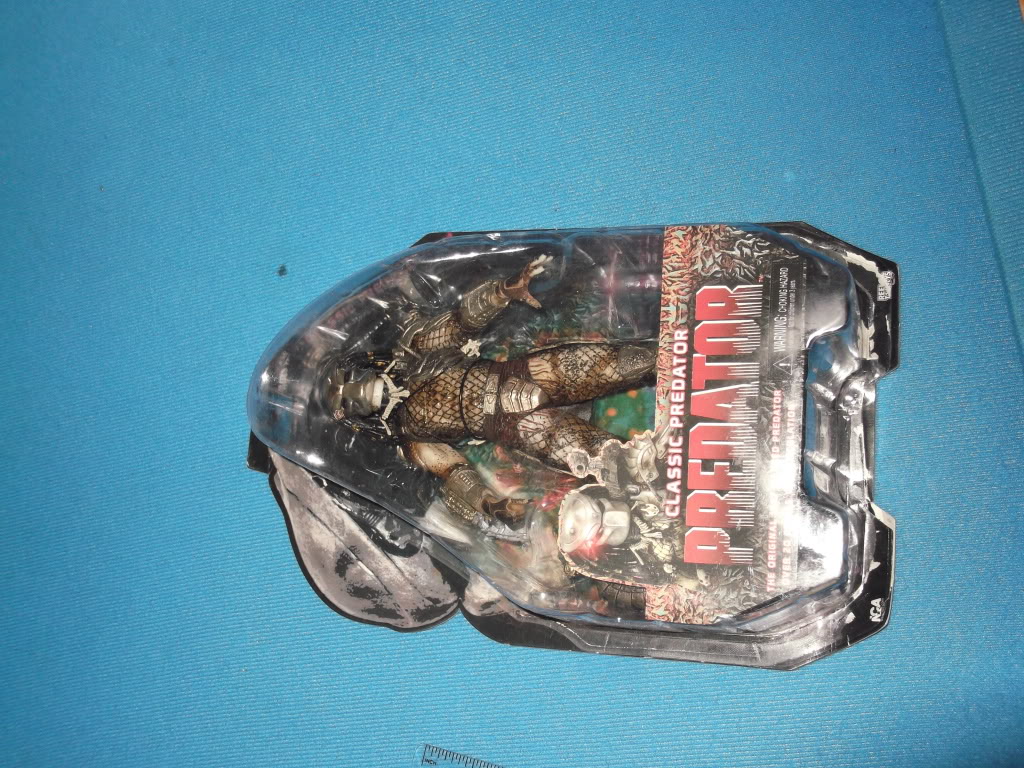 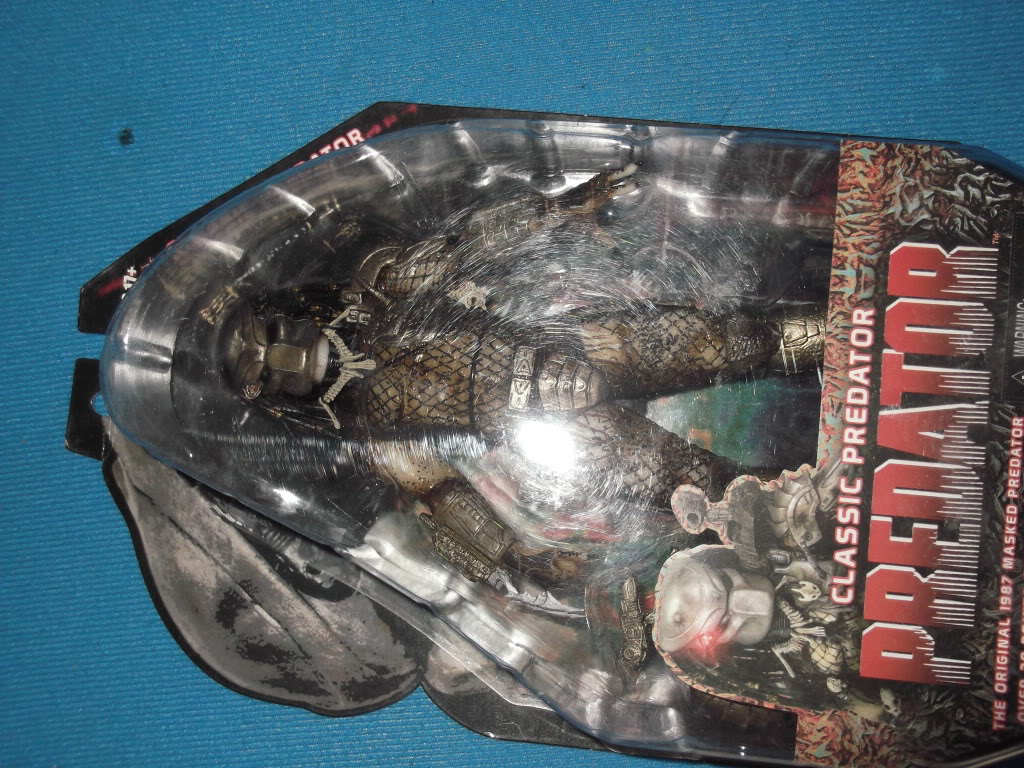 added with the rest of the toys 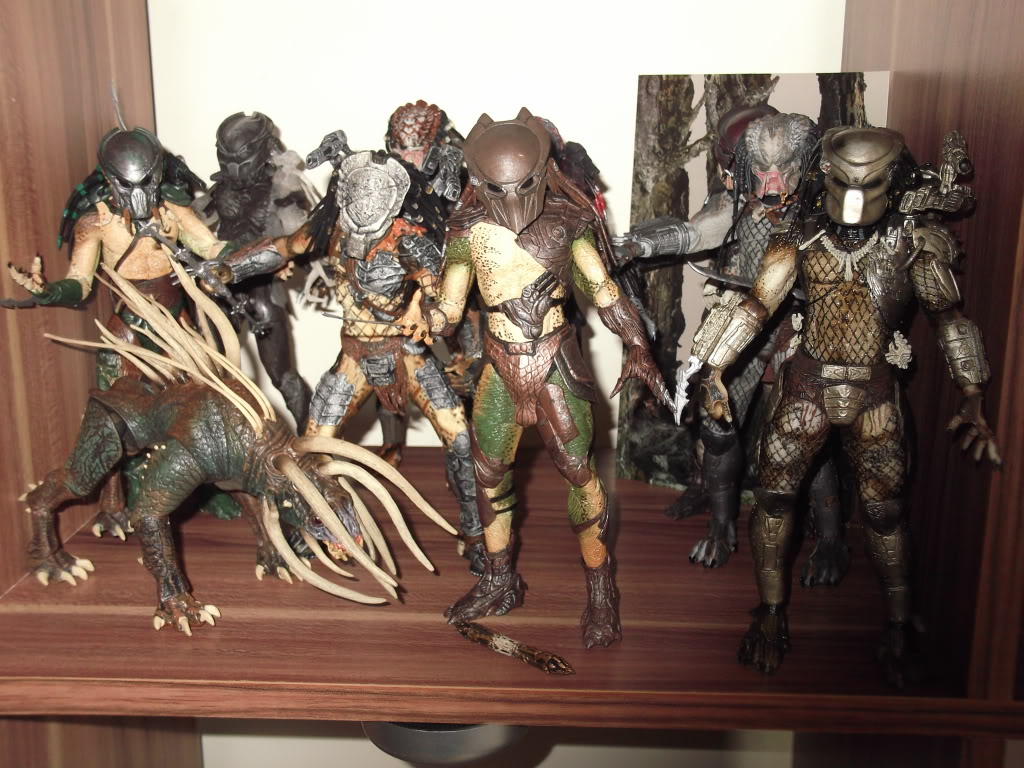 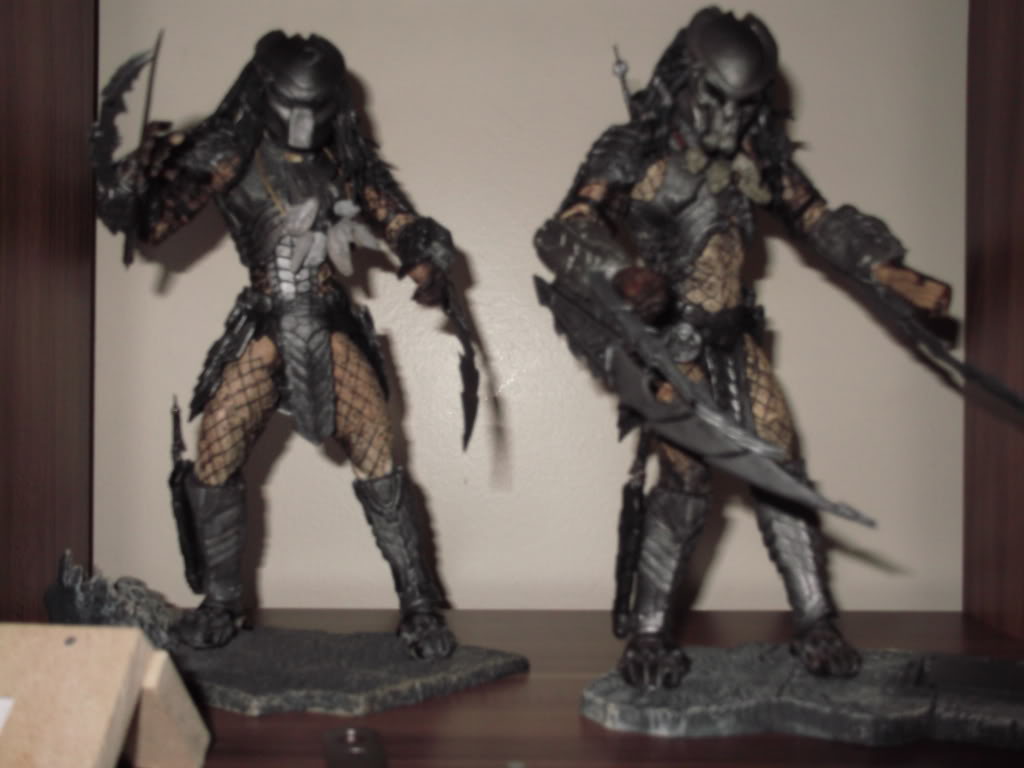 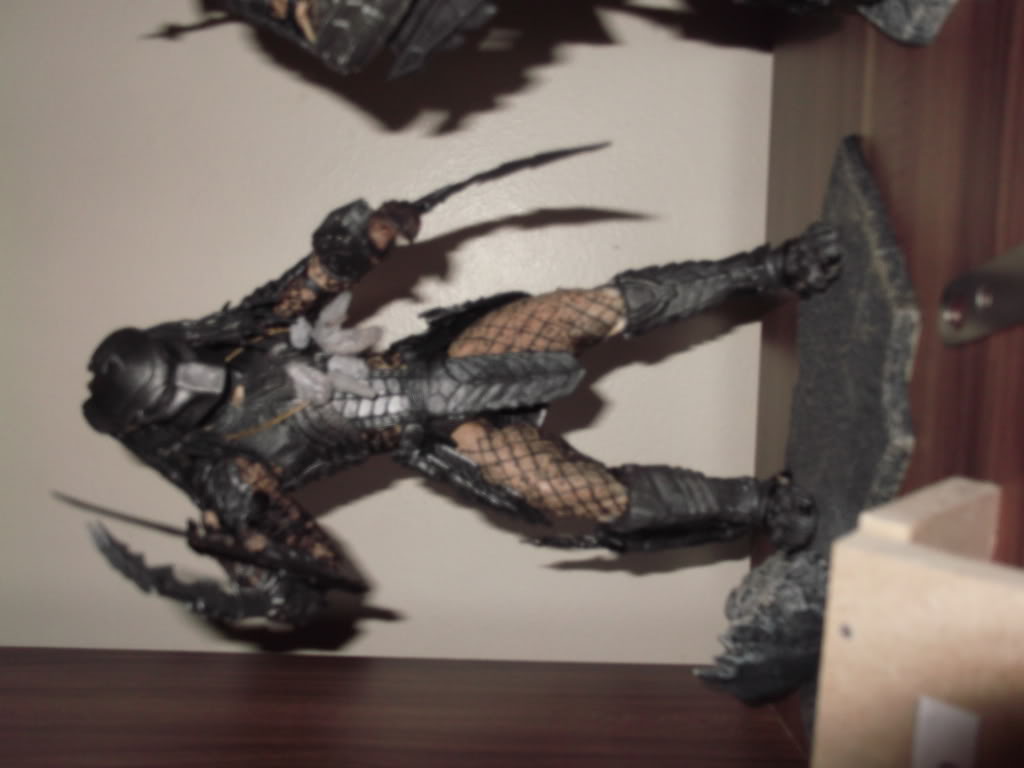 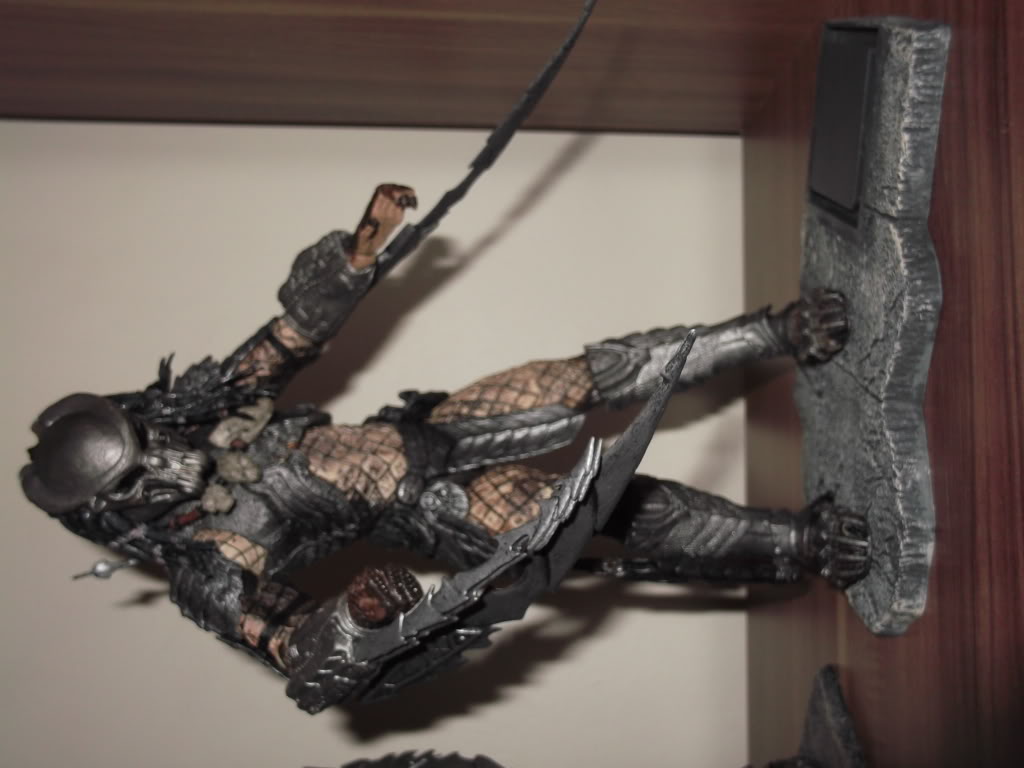 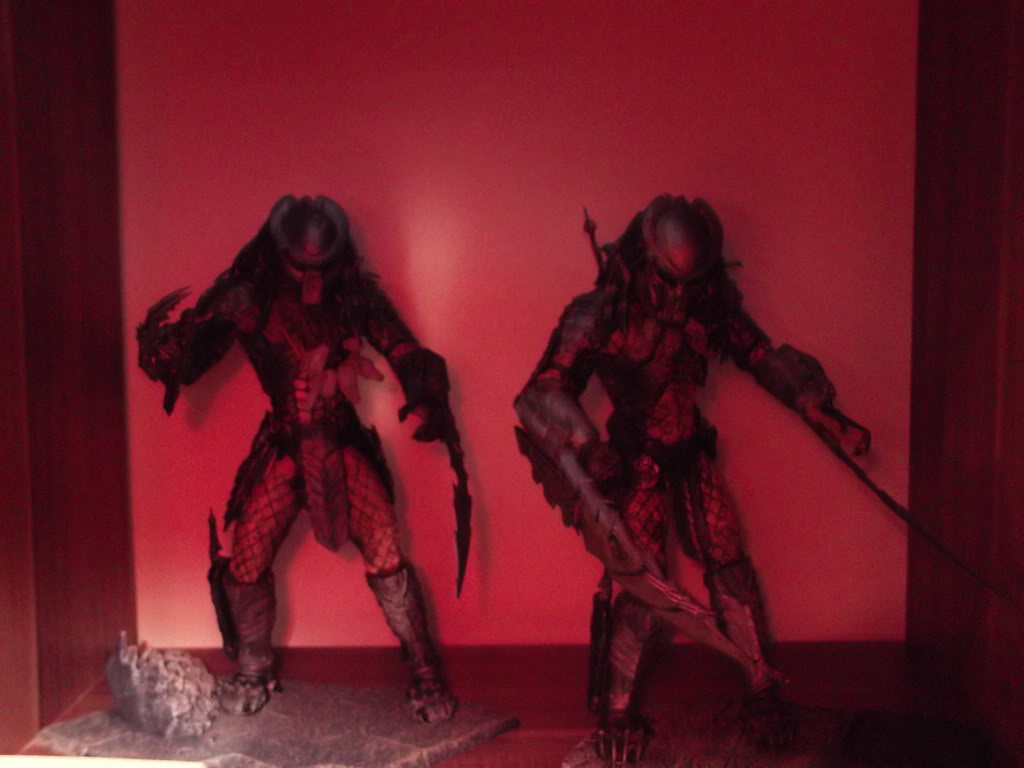 yup i found avp macfarlene figures, pretty rare and expensive, was shocked when i found them!!!

i have also made a p2 machete and a few other bits and pieces, will give another update soon