Hey how ya doing? This is my first pred suit attempt, so it's a learning process still!
Though, I am attempting to make it as cheap and simply as possible with it still looking decent, so we'll see how that goes!

Alright, so this might sound, weird, but I set up the skeleton of the bio helmet with K'nex, mostly so I could keep symmetry with it.

I don't have any progress shots of that, because I started it around a year ago and never got back to it, but after seeing Predators, it kind of reignited my desire for a suit

After the k'nex, I used paper, cardboard, and a ton of masking tape to give it more form. After that I did a few layers of paper mache (mine was glue and water, and either paper bags, or newspaper) over the tape and paper to make it much more solid. 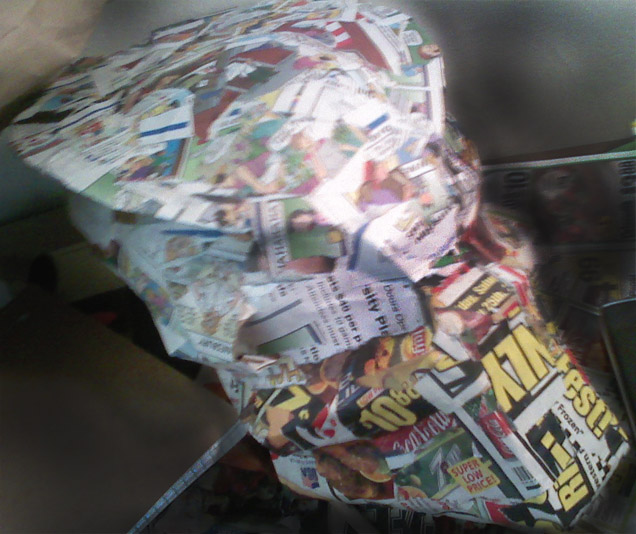 Now, my friends tend to like to go to the bars on halloween, which is mostly what this costume is for, so I am kind of trying to figure out a way to easily get the head on and off when they check IDs, so I was thinking of doing a half mask sort of thing. My idea right now is using a bike helmet underneath the bio to attach the dreads to, and then use foam to simulate the pred head and paint over that with liquid latex to look more skin-like, though thats just an idea for now, always open to suggestions ;P 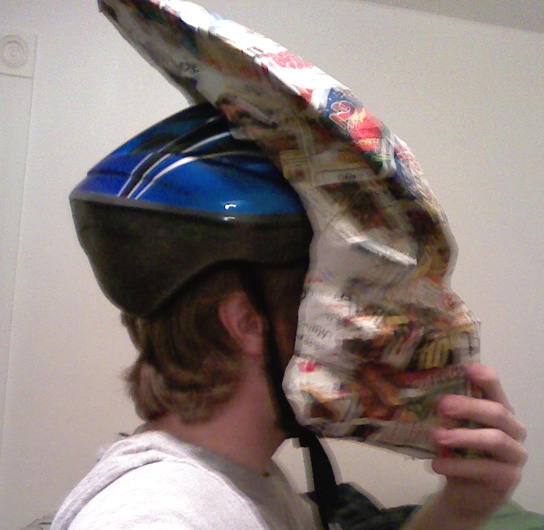 I thought the bio as I had it looked a little large, and the facial features of the helmet looked a little too prominent, so I shaved down some of the paper mache, and after I had things looking a little closer to what I wanted, I used this stuff called Cellu-clay, which is pretty much just premixed paper-pulp paper mache you have to add water to, however, it dries super hard and can be sanded. 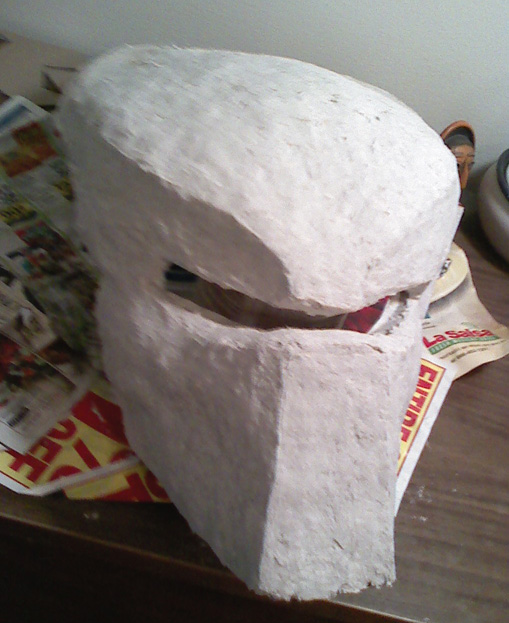 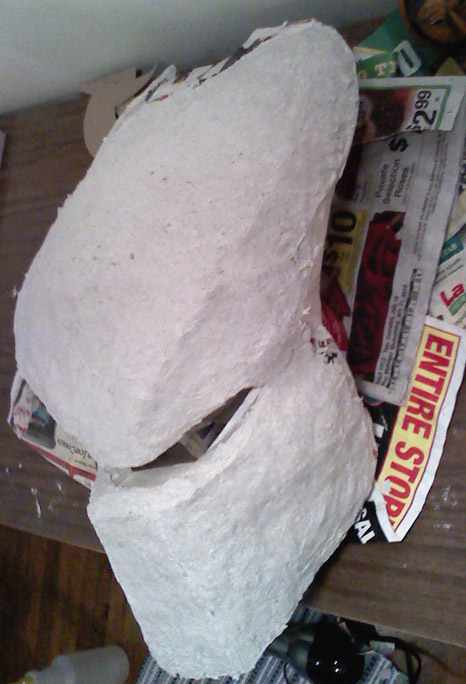 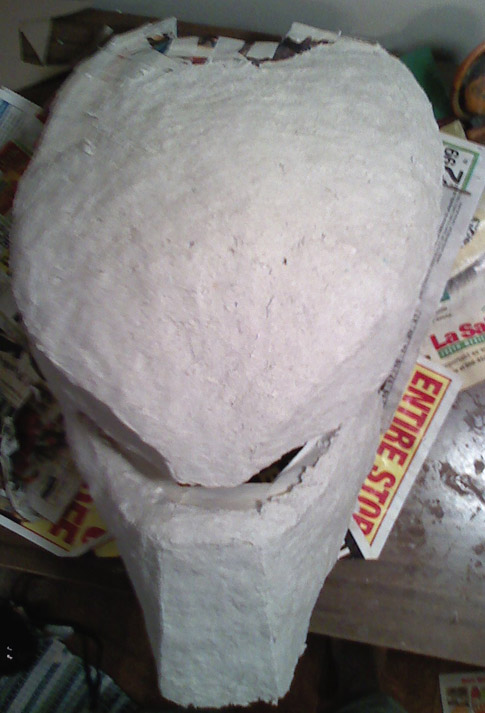 course, right now it's still not completely covered in the stuff, and it will need a lot of smoothing out, and the addition of the "airtube" and laser sights.

Though any suggestions or advice on the suit so far are more than welcome! I've found this site to be a huge help in reference images and showing good ways to go about some of the issues with a suit!

very nice! keep it up!

not really familiar with Cellu-clay... is it hard to sand?

not really familiar with Cellu-clay... is it hard to sand?
Click to expand...

I'm not too sure yet! I know mine has been taking a little longer to dry, I might have mixed in a little too much water, but I did an under layer of celluclay on the underside of it before, and when it finally dried up it was super hard! But, not too hard to cut or anything, so I don't think sanding would be too bad, since it's mostly just paper pulp and strong glue I believe.
Its kind of neat stuff to work with, once its all kneaded into the water its kind of just like clay feeling, and you can use a scraper and scrape it onto things and shape it!

I've sculpted a bit more onto my helmet, still far from done however! Got my duct-tape dummy all made, just need to sew some zippers into my underarmor and cut some foam to start my skins! And go shopping for stuff for armor!

Heres some of the current shots of the bio 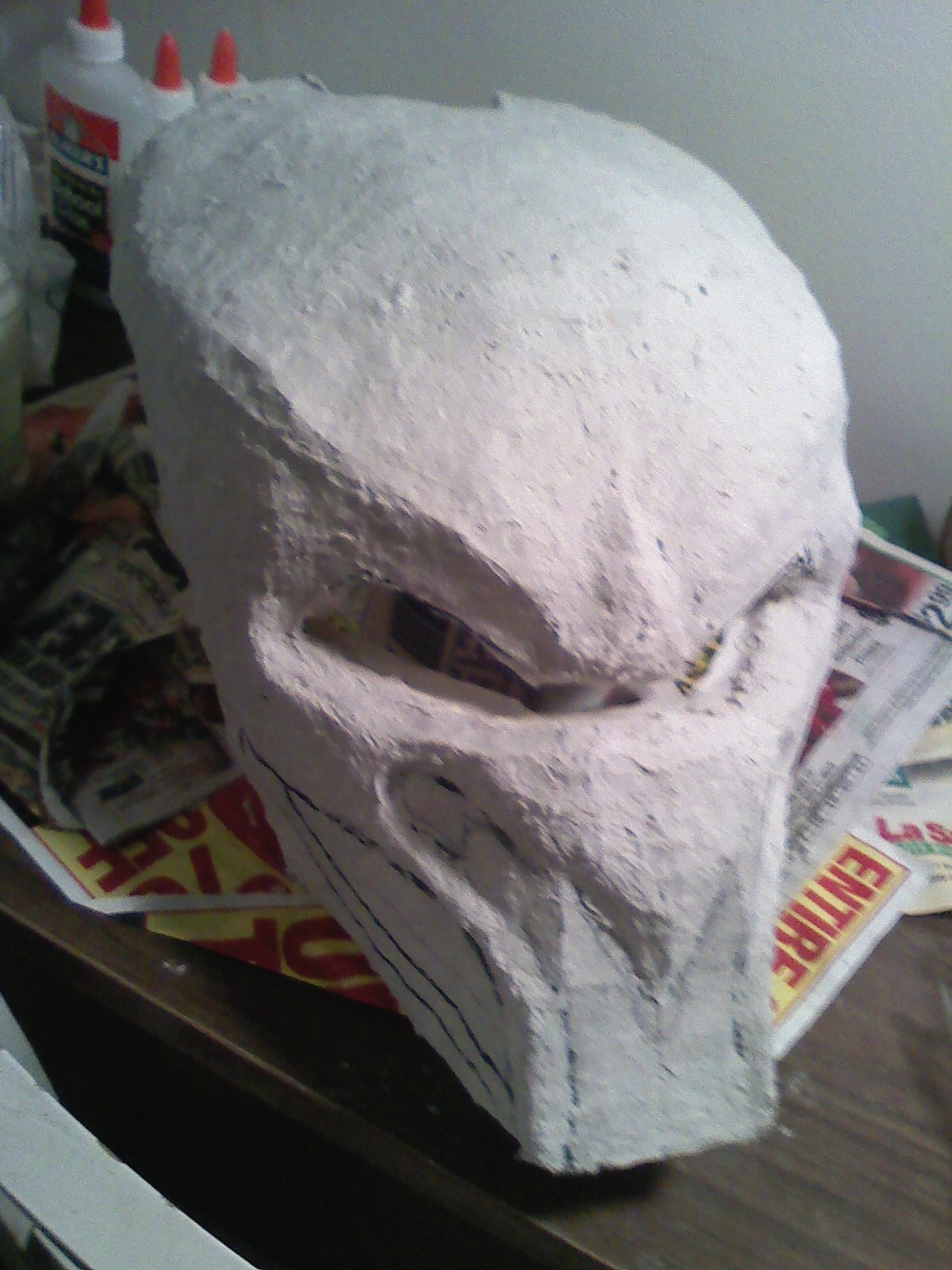 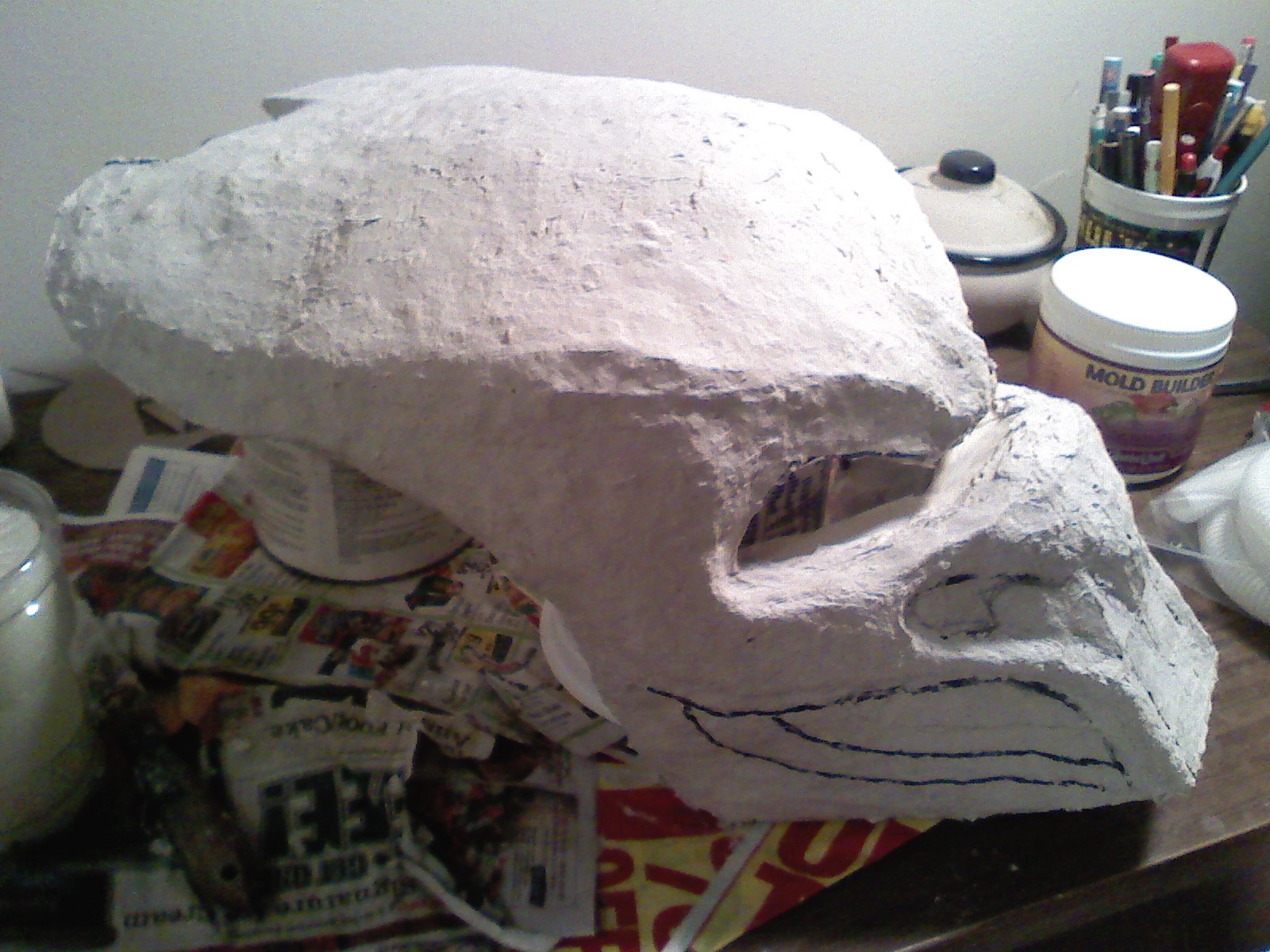 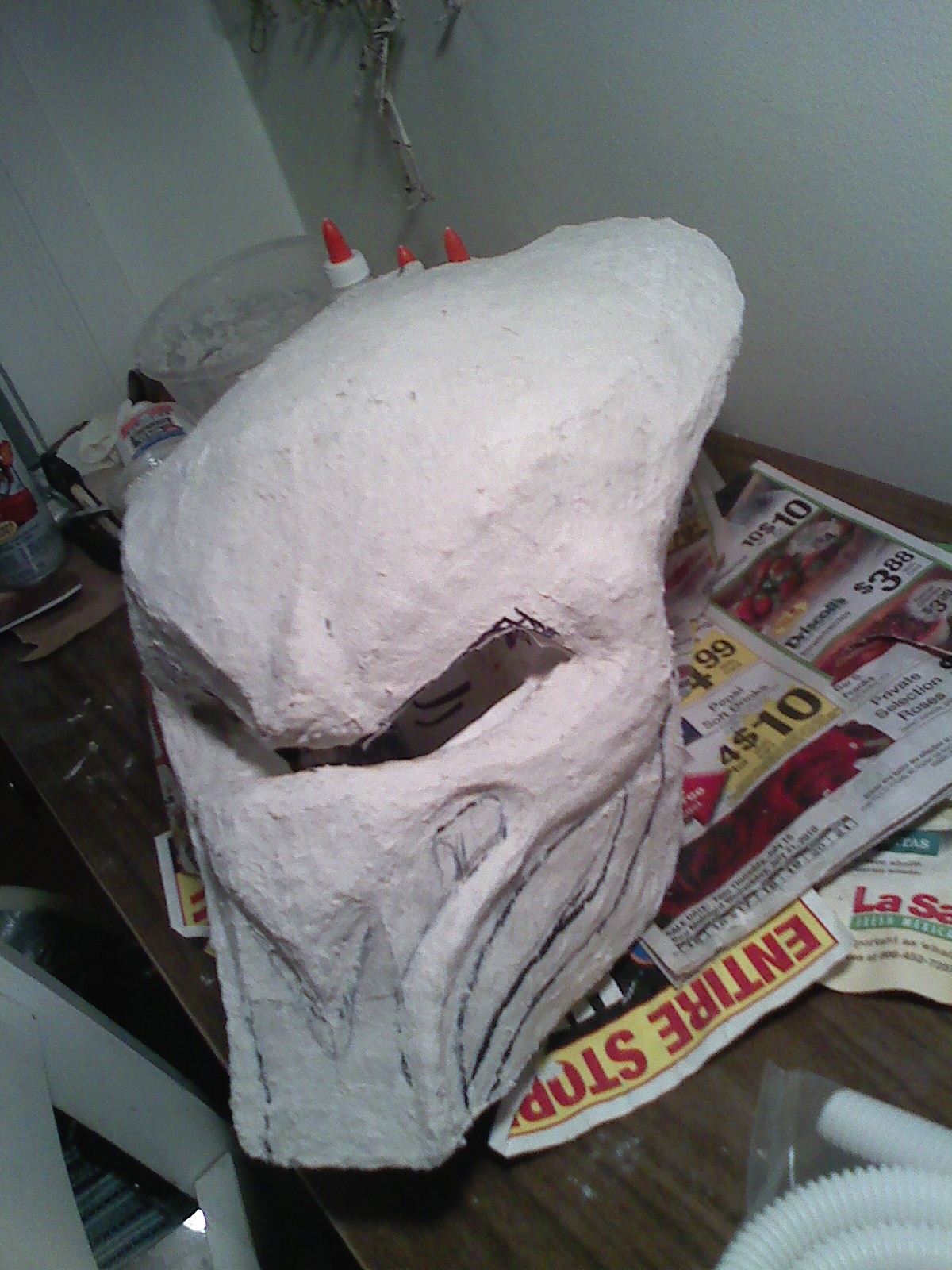 Looking good so far mate. I'll be keeping a real close eye on this thread as the day of starting my build gets closer. Looking forward to updates
S

made duct tape dummies for my torso/arms and legs! 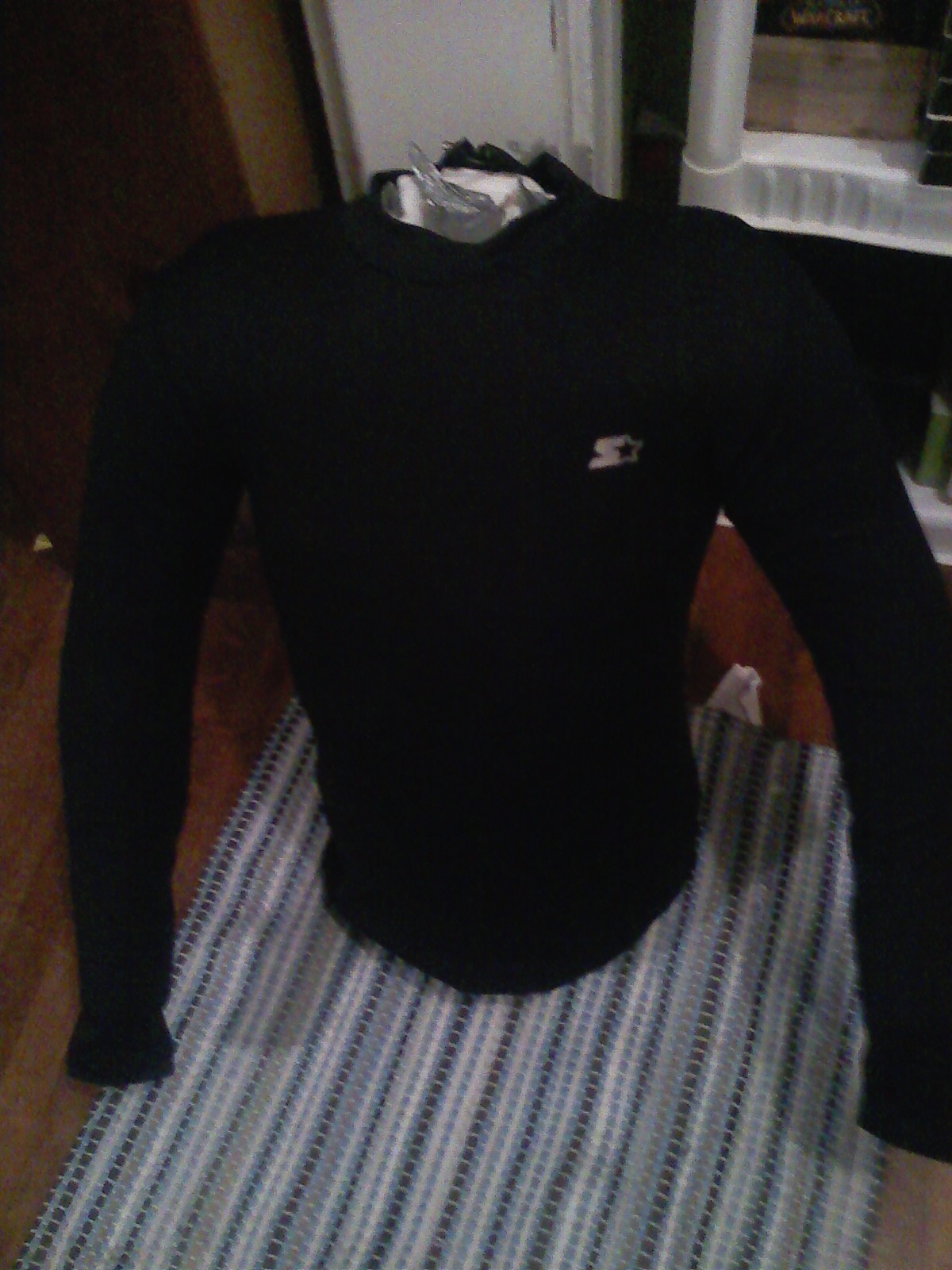 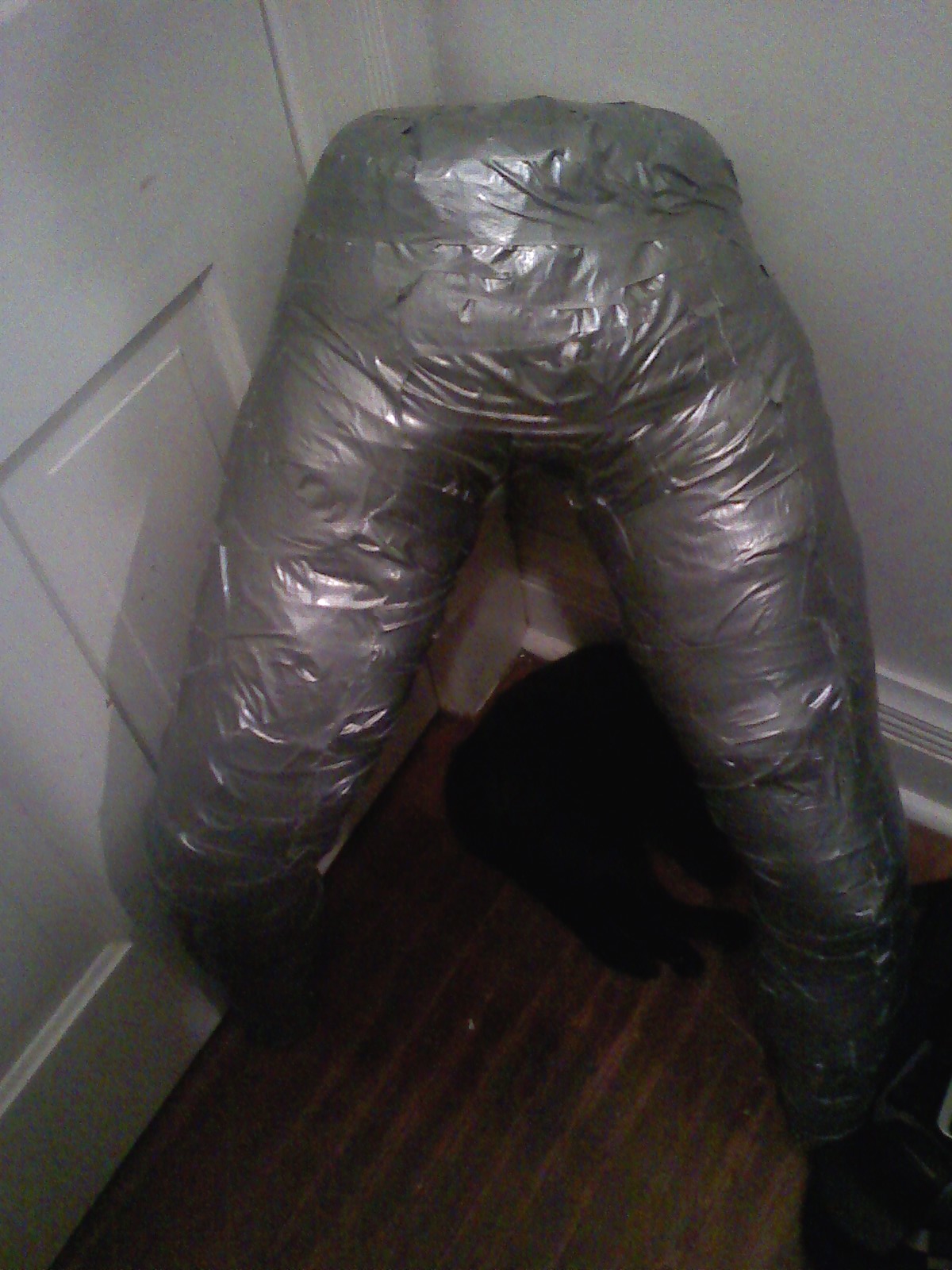 Also, used the bottoms of 2 bottles of Gold Peak tea and a piece of a pool noodle for the round part of my shoulder cannon 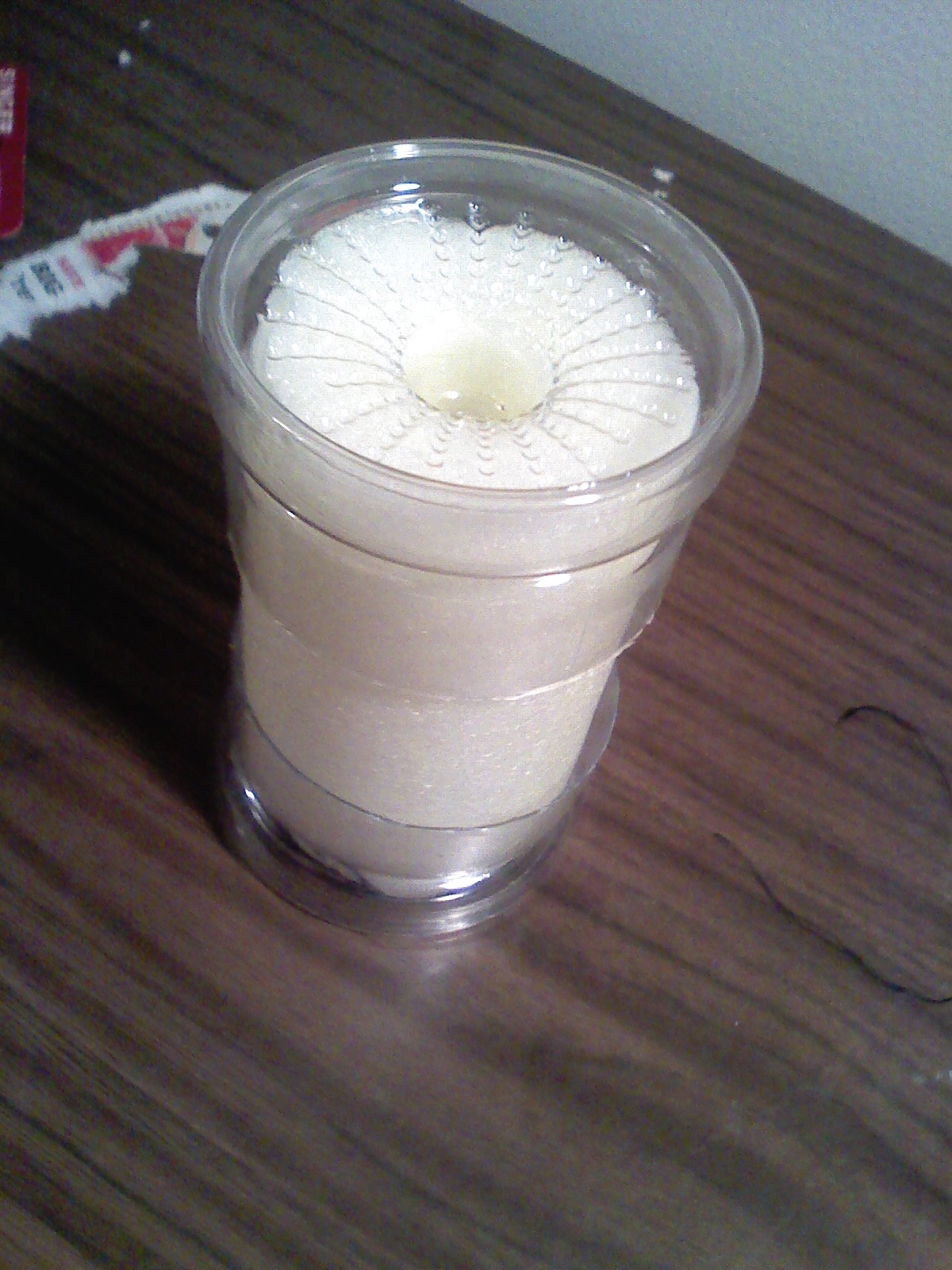 And got these ridiculously huge fountain drink cups to use as bases for gauntlets, 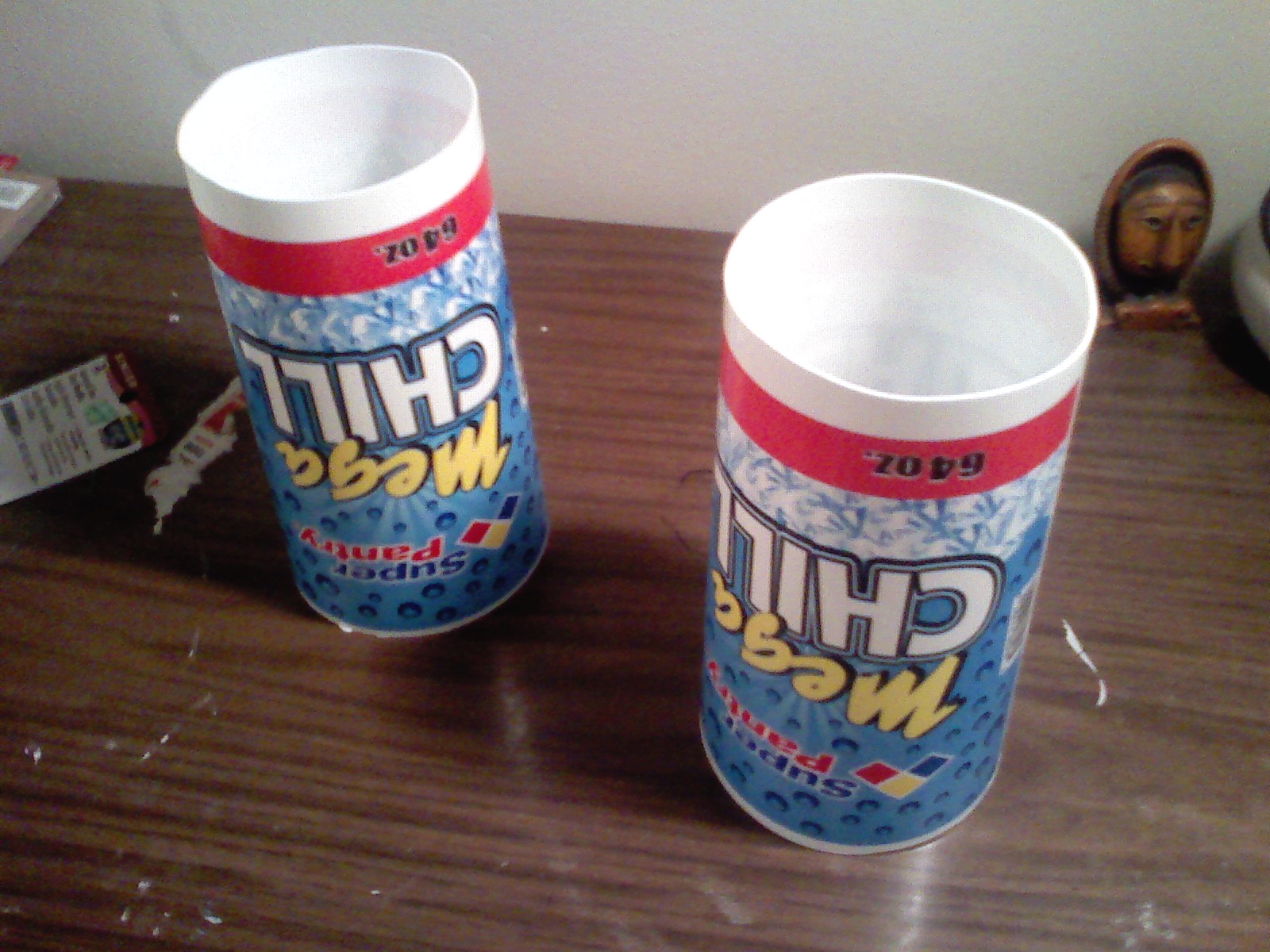 I built a base and arm and rotating top region for the shoulder cannon with k'nex, since i figured that'd be sturdy yet easy to use, and used 2mm thick foamies to build the bottom area of the cannom and poke the knex through, will be glued into place before adding more detail, and k'nex will be covered up. The arm won't be able to move, but I made it so i can slightly lift up the cannon and rotate it, and then it will stay in place, that way i can rotate it however i want and not have it flop around. Couldn't really think of a good solution to have the arm extend and things and have it keep sturdy! So if anyone has an idea for that, i wouldn't mind adding a bit more authenticity to the costume, but I don't think not having it would ruin it! 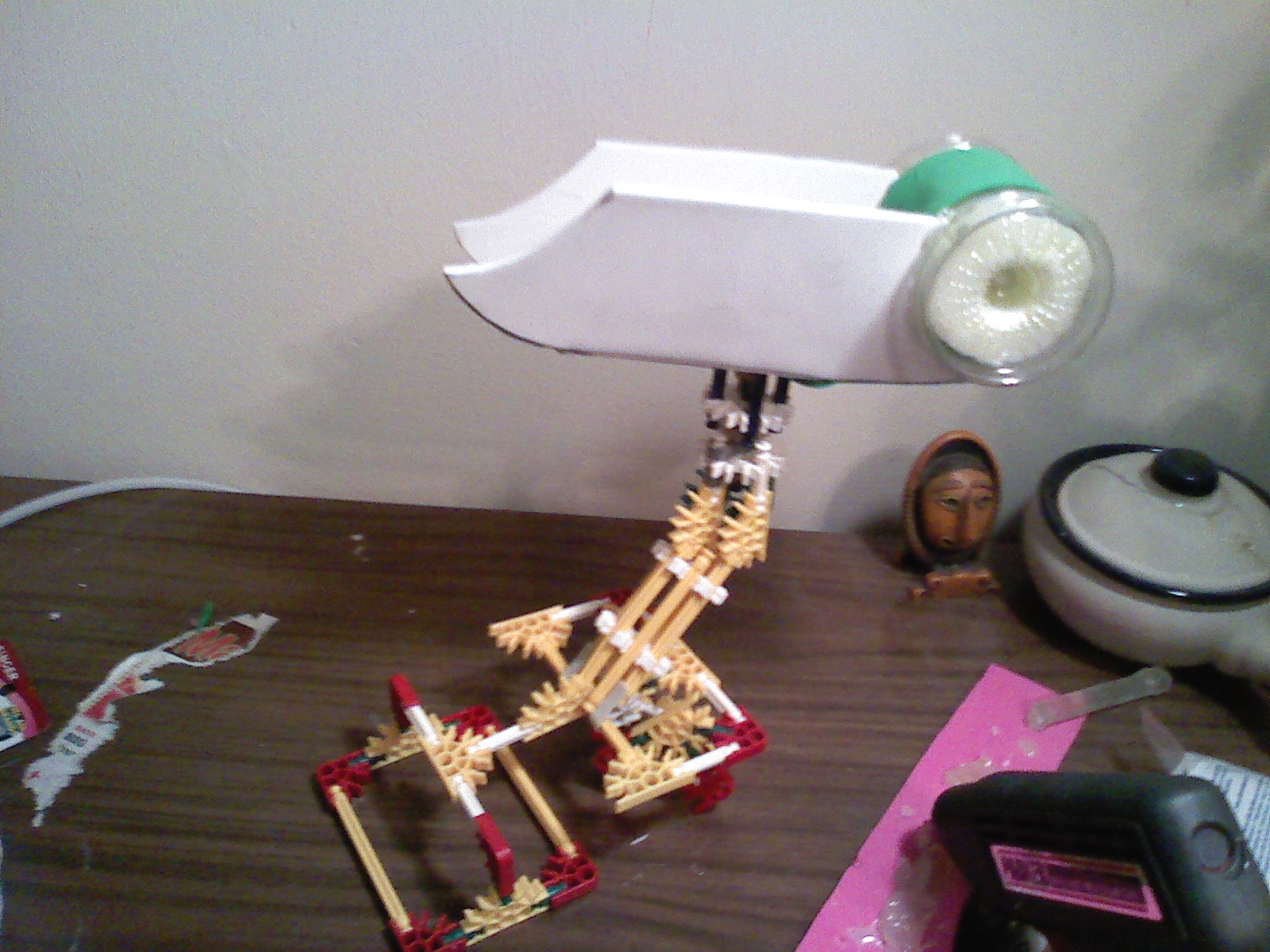 Started adding muscles, I kind of have a small frame to begin with, I'm only 5'6 and around 155lbs, so I'm trying to make the arms look taller and slightly longer so I don't look like a short armed pred when i add the foot lifts eventually 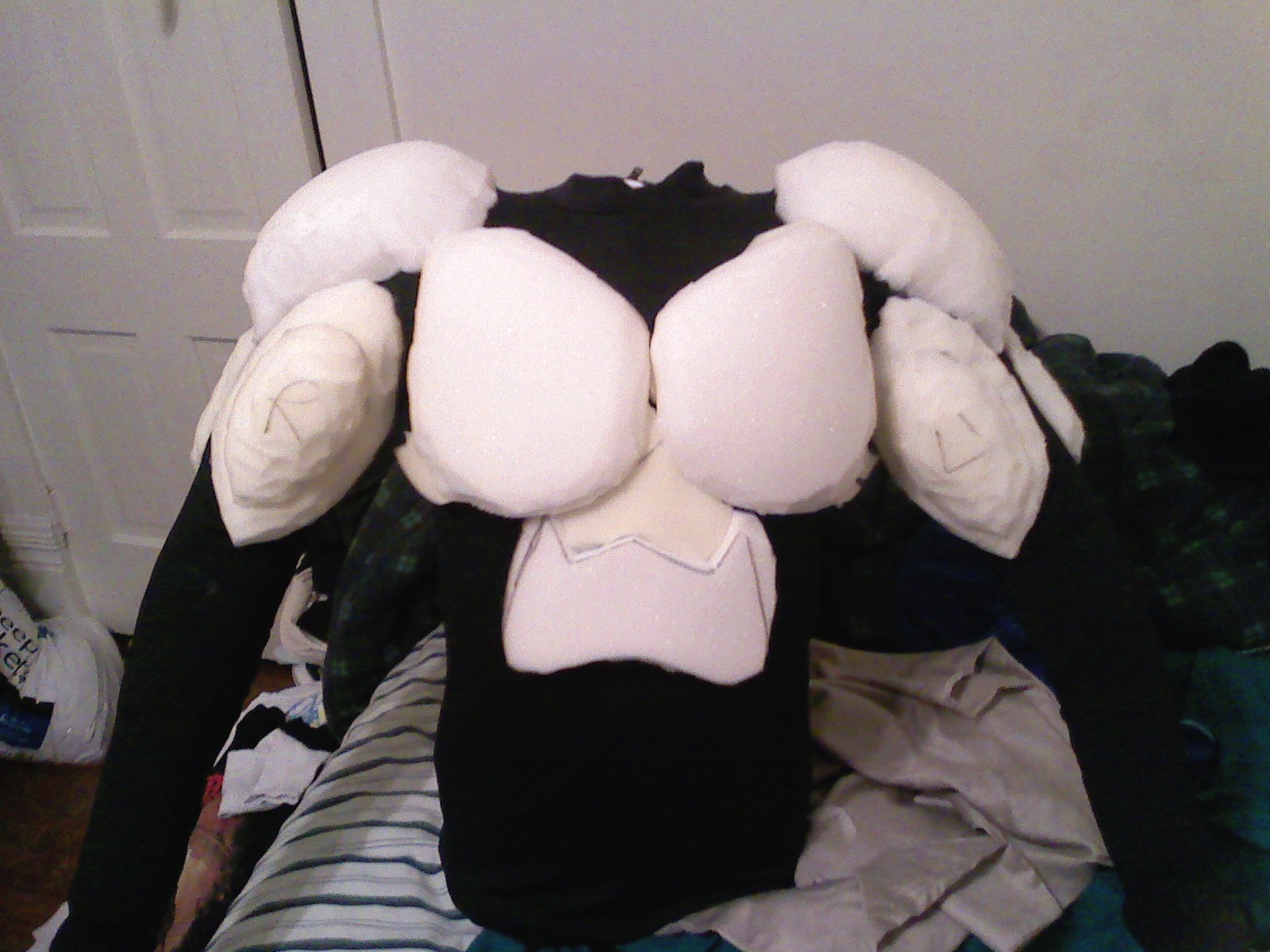 Also, got some inspiration for the work ahead!! 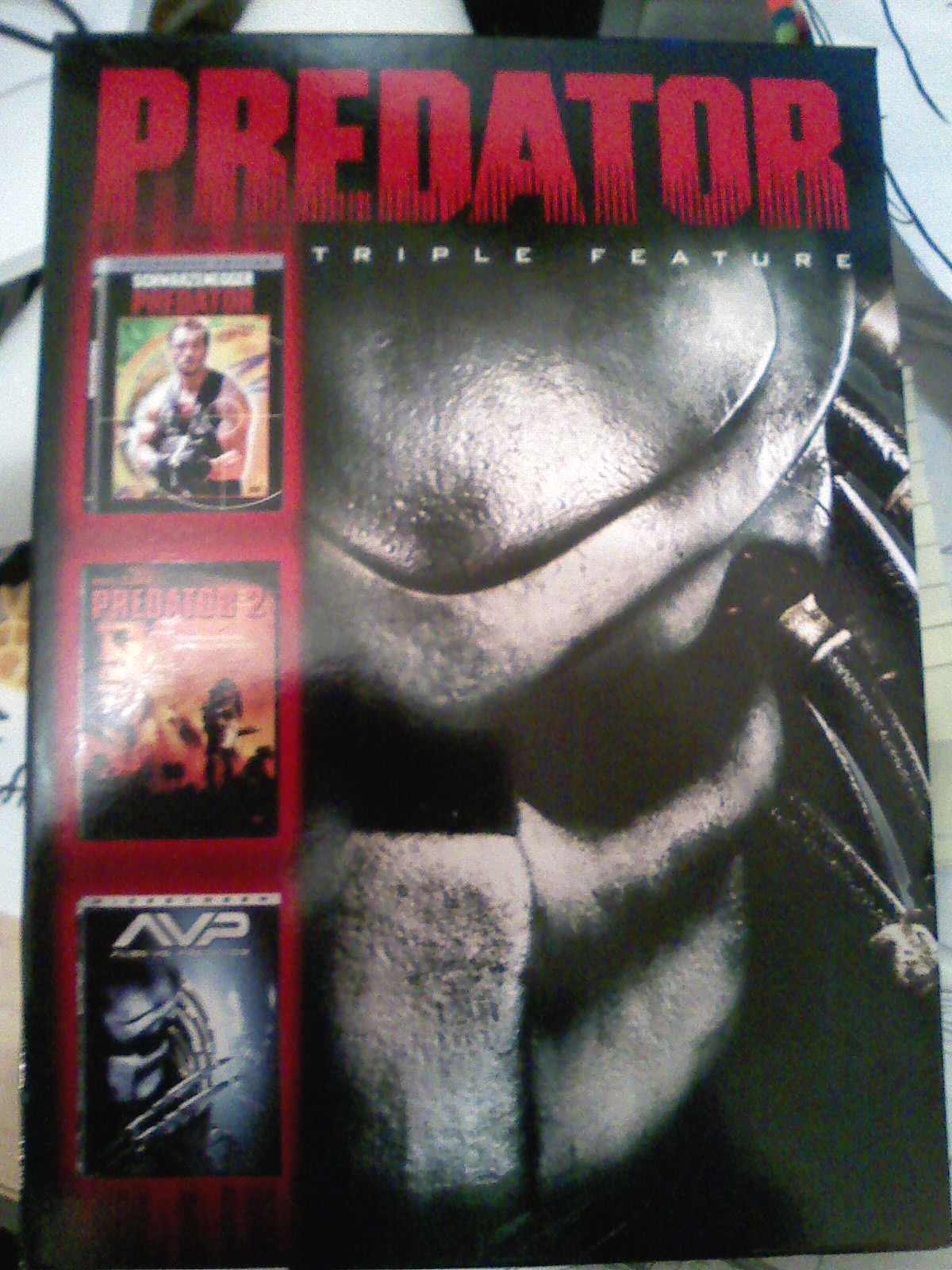 Looking great! Keep it up...
S 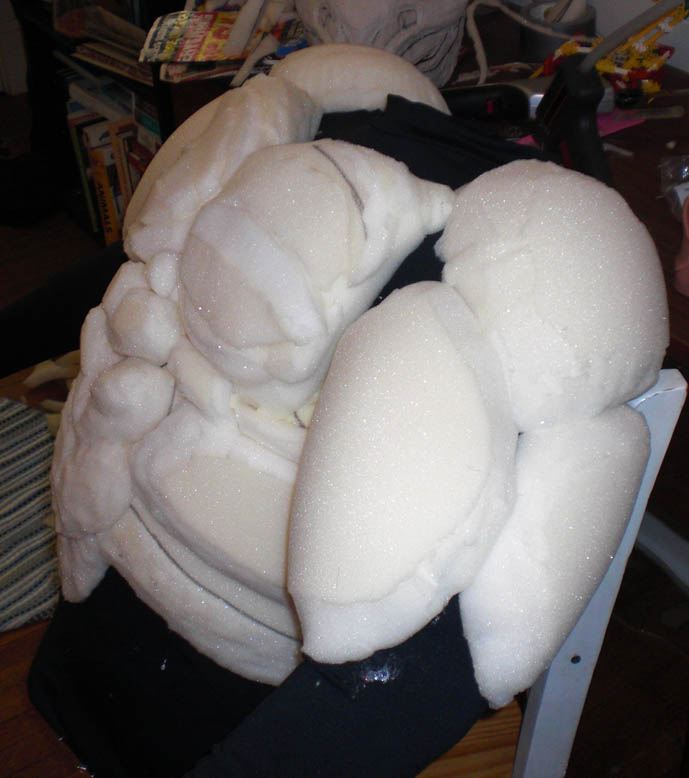 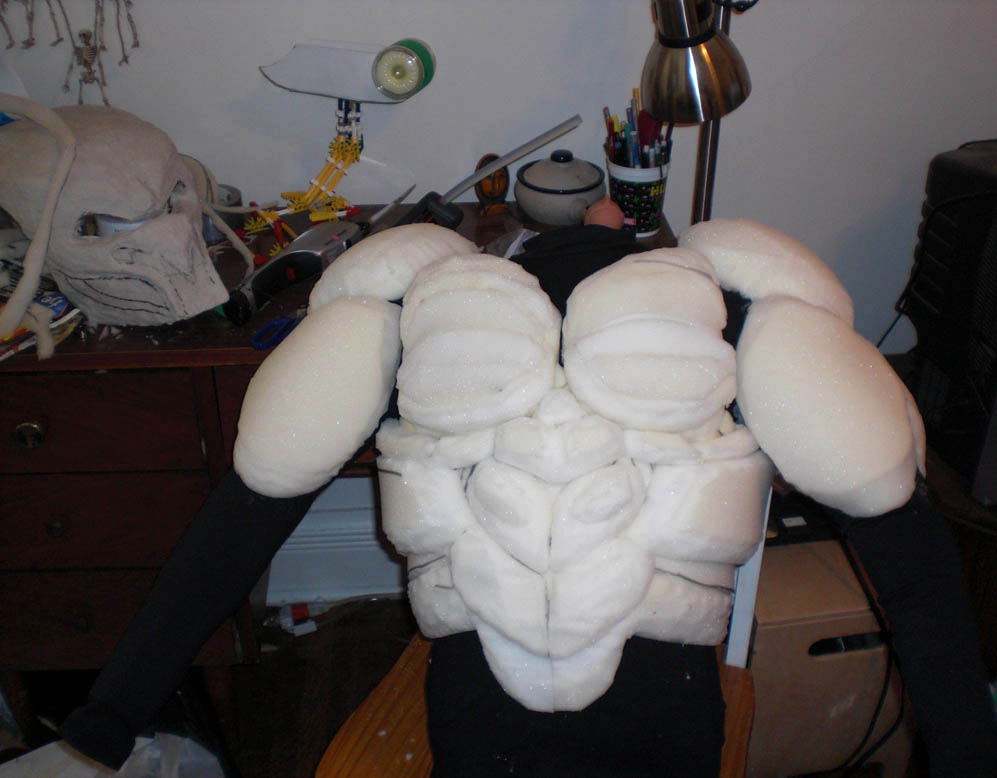 Worked more on the muscle suit! I'm hoping its not too ridiculously large, I'm kind of a smaller guy so I was tryign to make it look closer to a pred size, what do you guys thinks? the arms most specifically, i haven't added any of the forearm muscle yet, so maybe that will help them not look AS gigantic once those are on?
Last edited by a moderator: Feb 19, 2015

Really nice start ! I like this homemade muscles suit !
Maybe you can make the biceps a little bit smaller, they will have better proportion with the other parts of the torso in my opinion.
Post some new pics A.S.A.P !!

Major's thermoptic pistol from Ghost In The Shell (movie)