I've lurked these forums for years, and while I've gained tons of inspiration, I haven't shared any builds of my own. I thought I'd kick things off with a thread for my current big personal build: an animatronic version of G.L.a.D.O.S. as she appears in Portal 2. While I would love to eventually make her full body, for now I'm going stick to her head assembly and some of her neck. 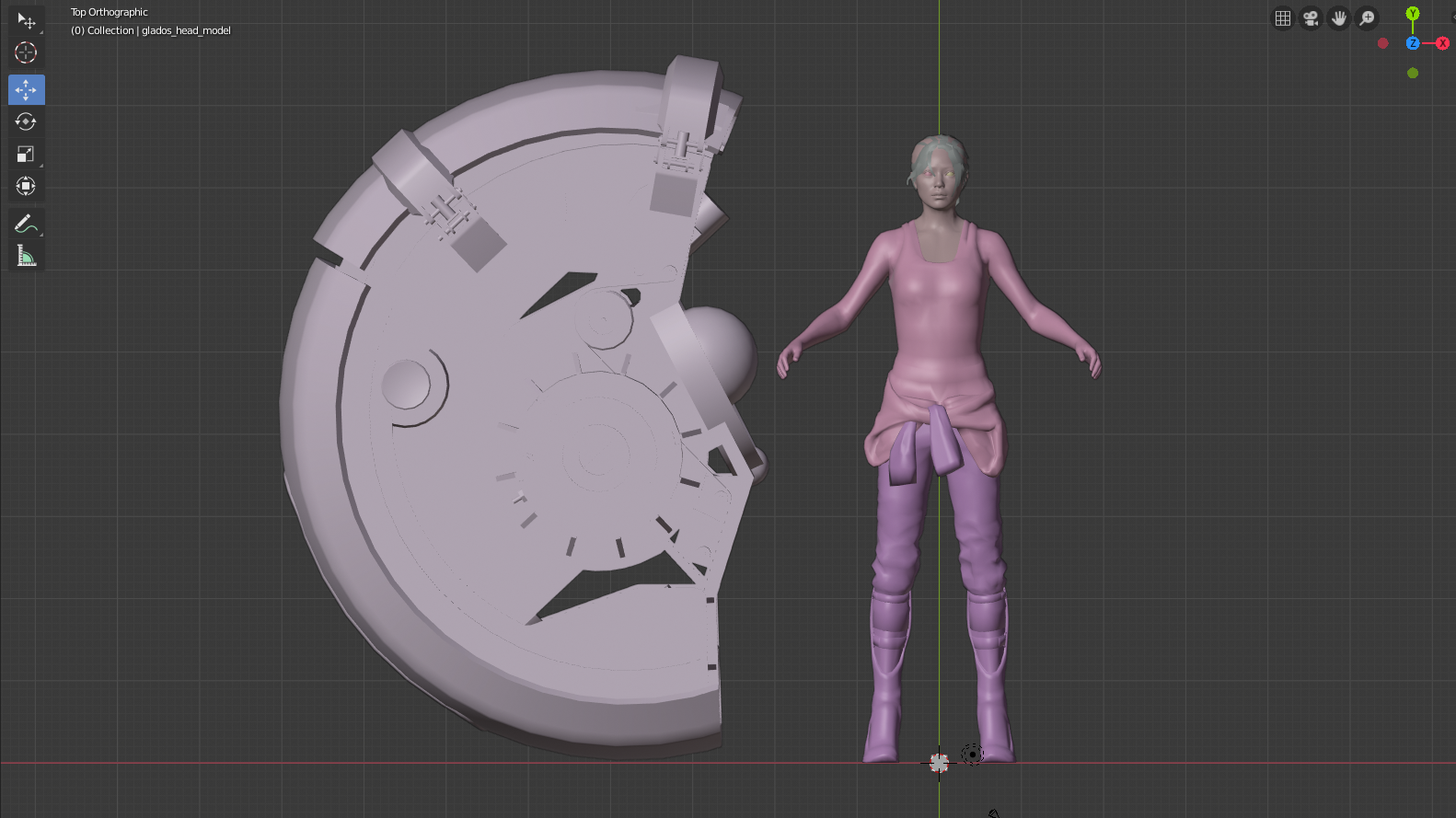 While doing more research, I did extract her character model to get a better sense of scale, but frankly, she's just massive, so I've proportionately scaled her down so that the red light in her eye is a standard 5mm LED. 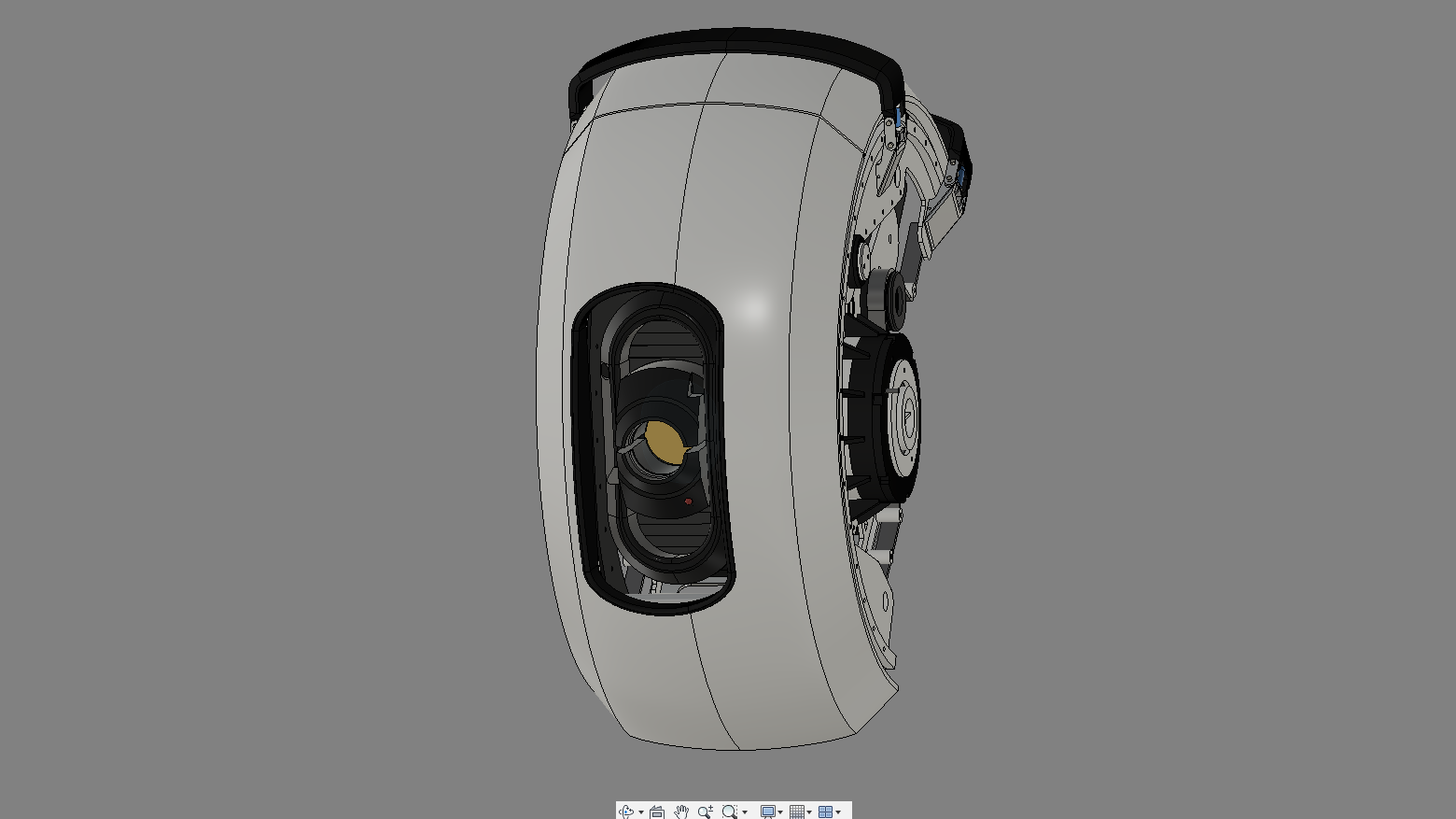 Ultimately, I will share the CAD files for fellow Portal fans to get their build on, but I'm still in the thick of designing her. Like most video game characters, her model has plenty of floating greeblies and mechanisms that clip or otherwise break physics to work, so I'm trying not to modify her design too much, but compromises must be made in order for her to be a practical animatronic. 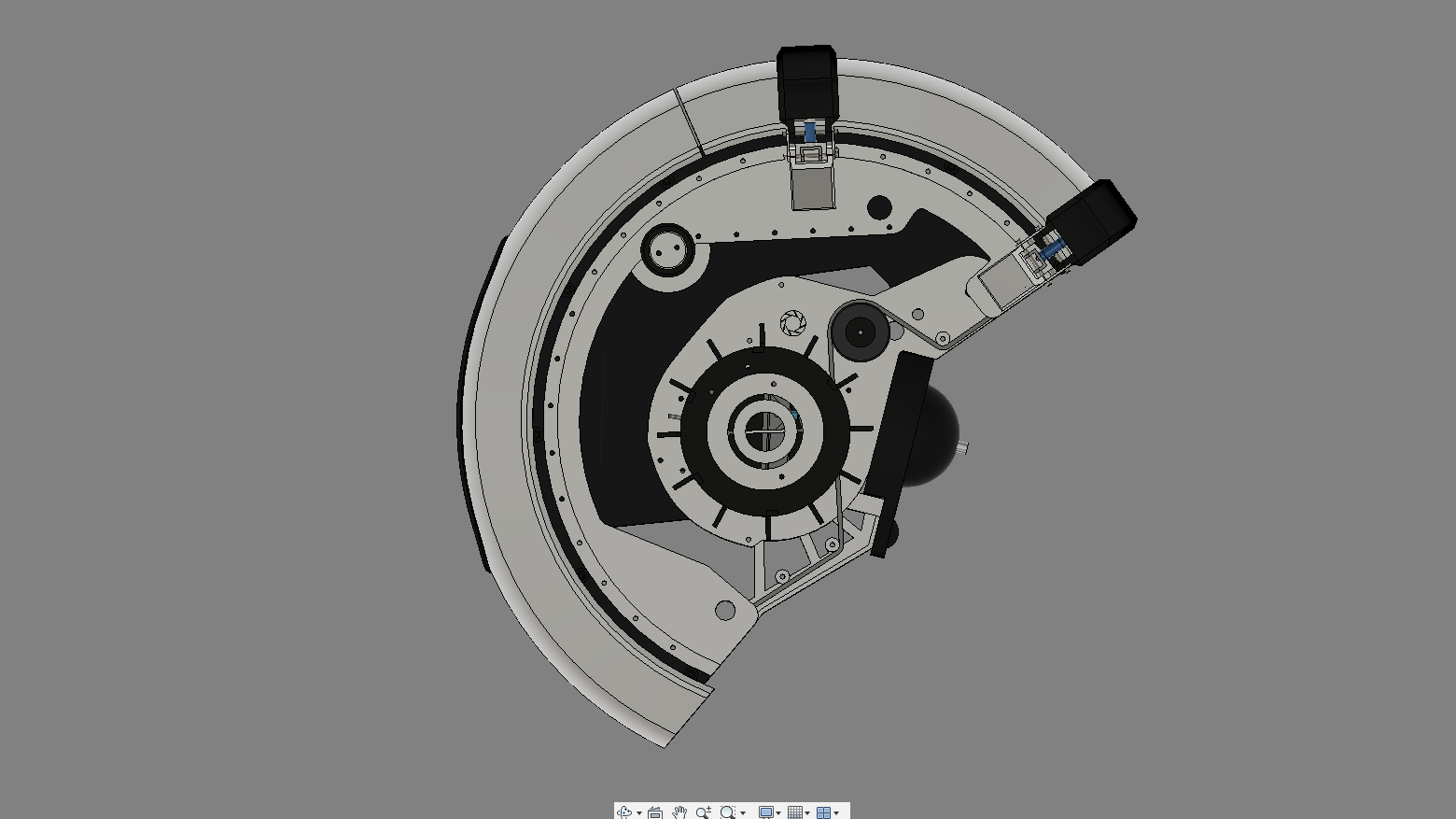 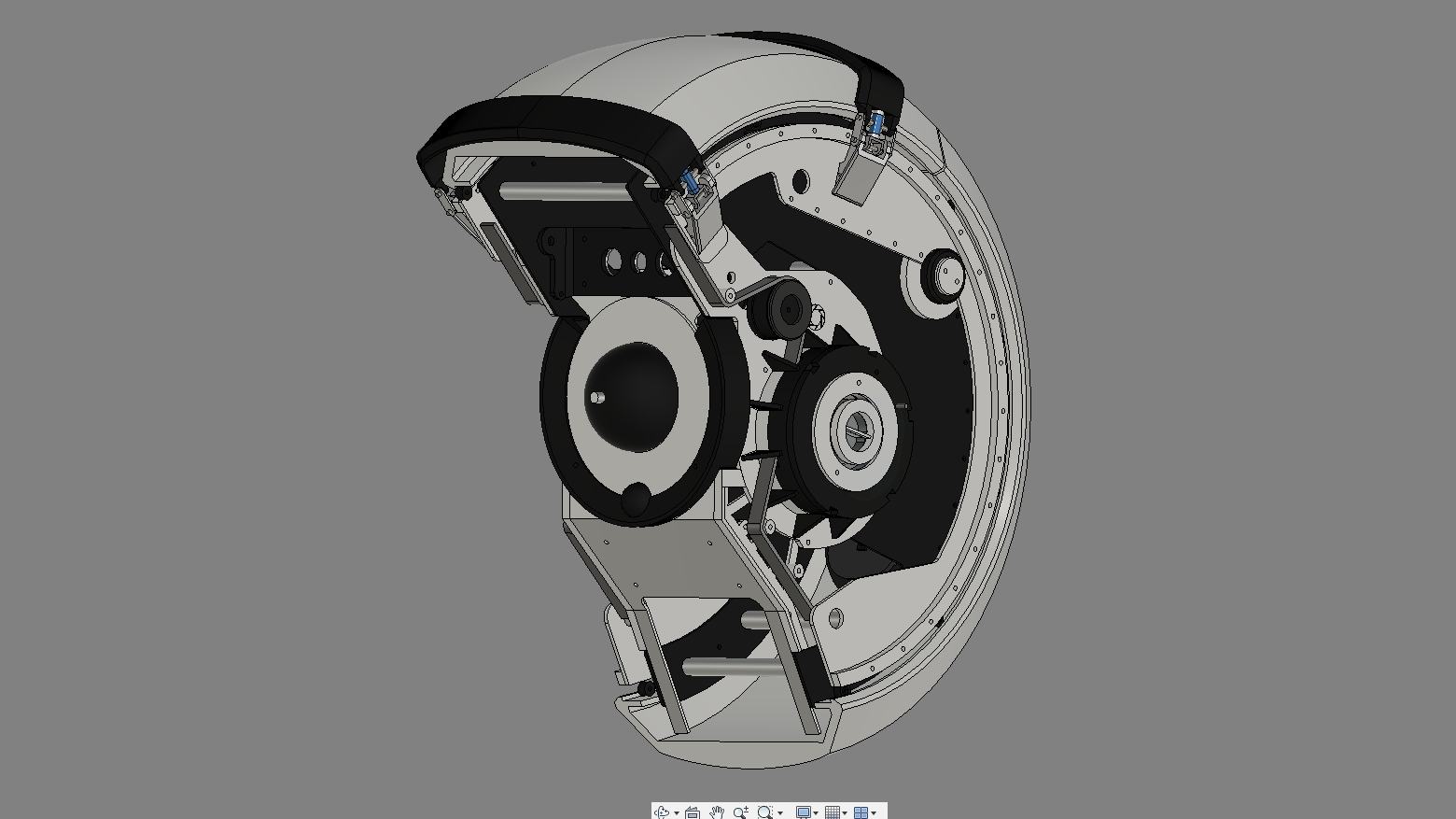 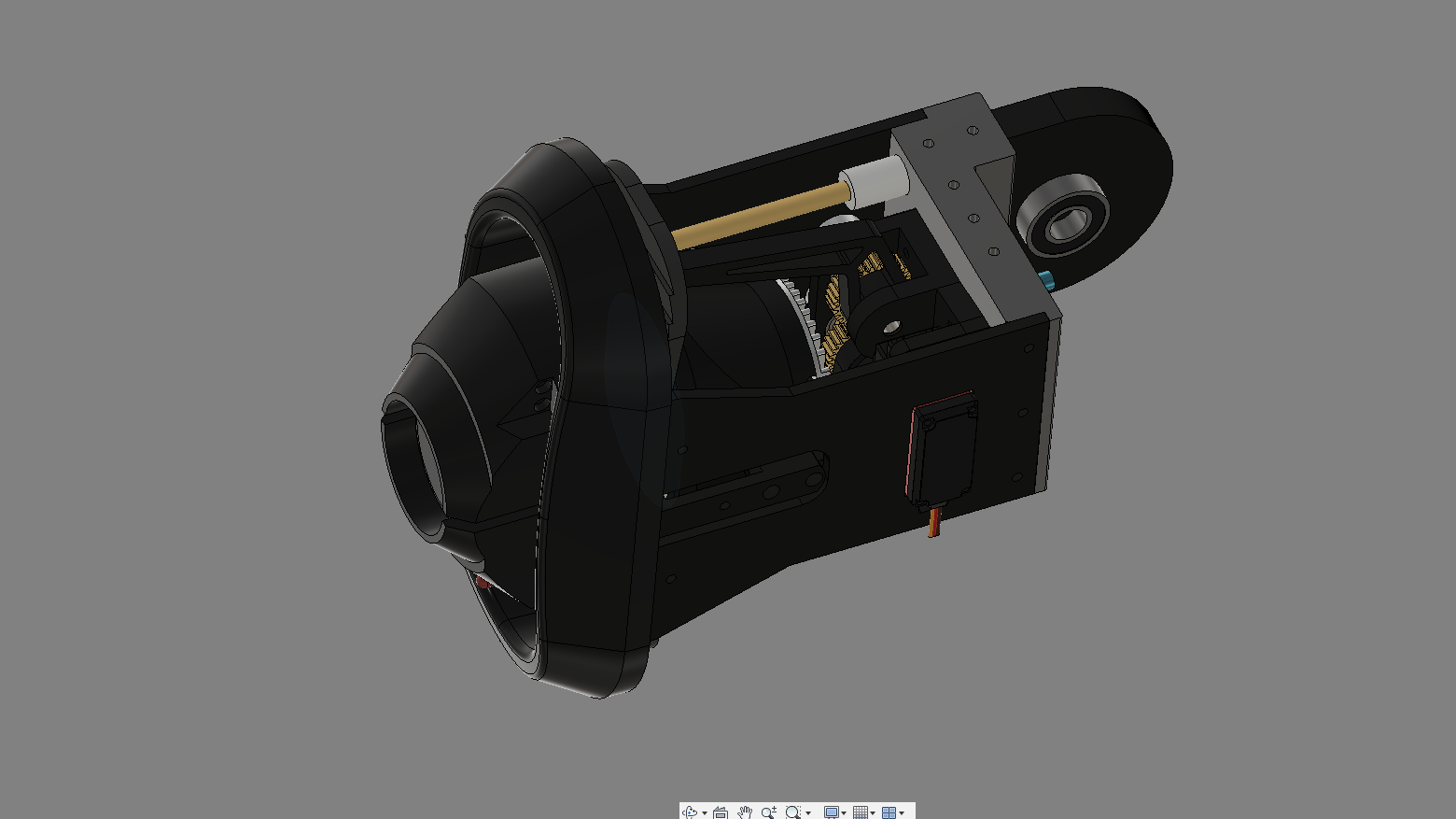 I'm starting a video series of the build as well. So far, I've built her eye assembly, as it's one of the more mechanically involved bits of her design. Any and all commentary and critique is much appreciated! I'll be updating this thread with many more photos

this is a triumph.

RPF PREMIUM MEMBER
I remember your previous build. I will be watching this one. Make sure and diffuse or otherwise dampen that LED. Directly viewing LEDs that bright are about as bad for your eyes as viewing a welding arc.

zapwizard said:
I remember your previous build. I will be watching this one. Make sure and diffuse or otherwise dampen that LED. Directly viewing LEDs that bright are about as bad for your eyes as viewing a welding arc.
Click to expand...

Thanks Zapwizard! Your Pip-Boy build still inspires me to this day.

I definitely will. One accidental peek during testing was enough to learn my lesson.
Last edited: Oct 5, 2020

I've gotten a little lost in the weeds with little details and redesigns of parts over the past couple weeks, but I've finished 95% of the mechanism for her eye, allowing for sliding and tilting action. I still need to add a potentiometer or encoder to track the tilt of her eye, since it will be possible for the assembly to damage itself when her eye pops in or out while tilted. 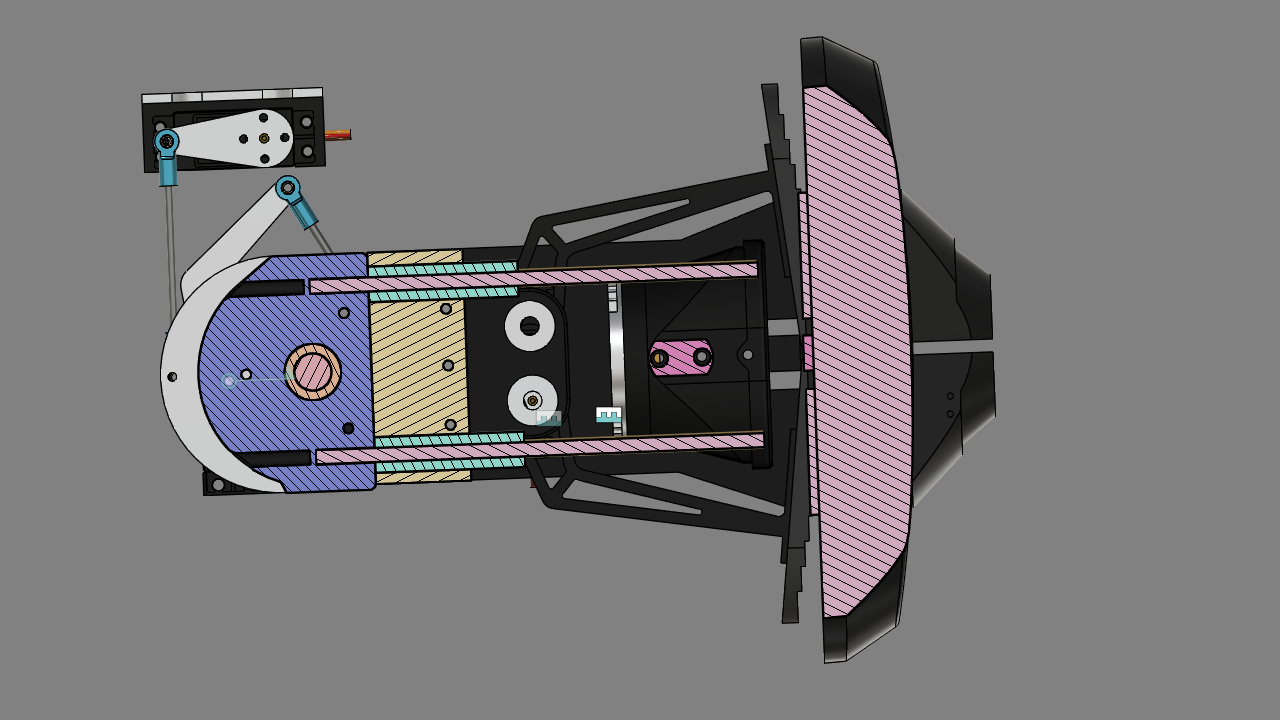 Her eye has two long Delrin bearings that ride on 1/4" brass tubes (what I had on hand). The tubes are threaded, so they're also screwed into the main pivot block, which also houses some 1/2" bronze bushings which form the main support for her eye assembly. 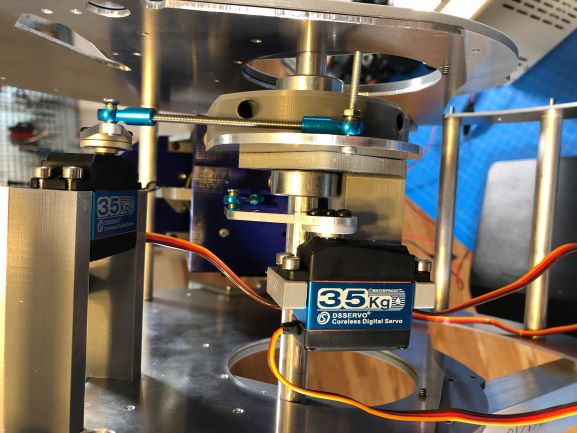 Most prominently, I routed a handful of aluminum parts, namely her main head plates that make up the core of her structure, and a handful of servo arms and stiffening plates for the servo mounts. 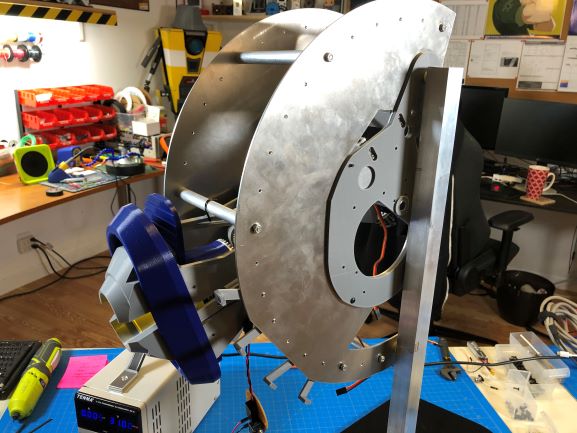 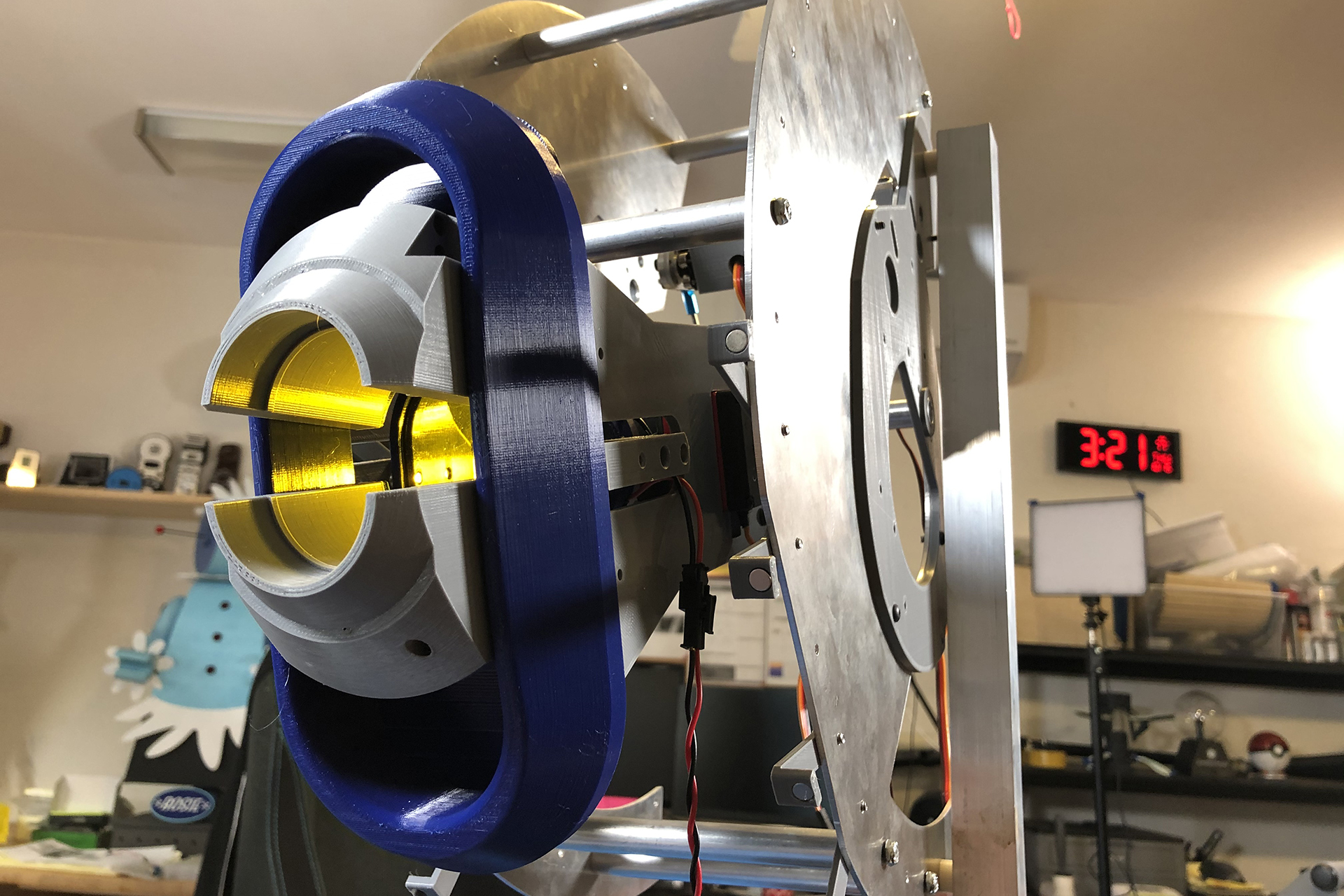 Next up is fabricating her neck assembly, which also will necessitate creating a wall mount, since her current test stand is a bit wobbly.
F

Hello, you've done awesome work on the 3D model. I want to make a video on how GLaDOS mechanisms work. Can I get your blender model for study and animation and for inspection? You will help me a lot.

Hi, thanks for the compliment. I'll be sharing my 3D files when she's "ready," however I'm not able to distribute game assets as that would violate Valve's IP and I would like to uphold that. If you own a copy of Portal 2, it is not too much work to extract a model from your local assets.

Latest quick build video: I'm gonna do a deeper dive into her details in a longer technical video sometime, but I'm too buried in CAD for now.

Over the past weeks I've focus on more cosmetic details for the side plates of her head and the outer mounting arc. 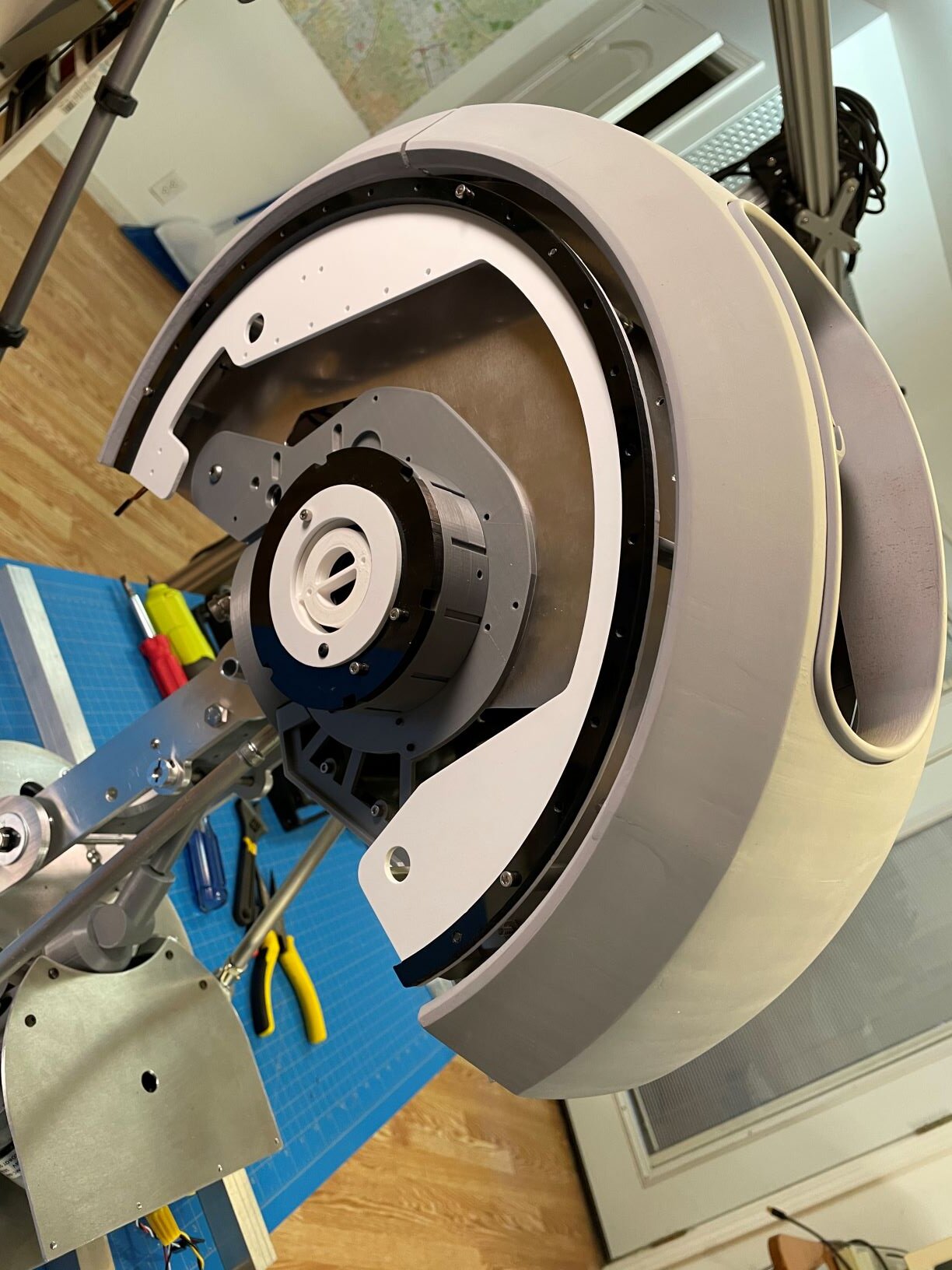 Which includes her ear "pucks" which house a 10W 4ohm speaker each for playing voicelines etc.

I've also made a simple mount for the amplifier and internal microcontroller (not pictured because it's a mess and testing out her eye. I may need to isolate the power between the LED driver circuit and amplifier since it's causing her eye to dim during audio playback, but it does make for a cool VU effect. I might just keep it as is since it adds more animated quality even if it's not accurate. 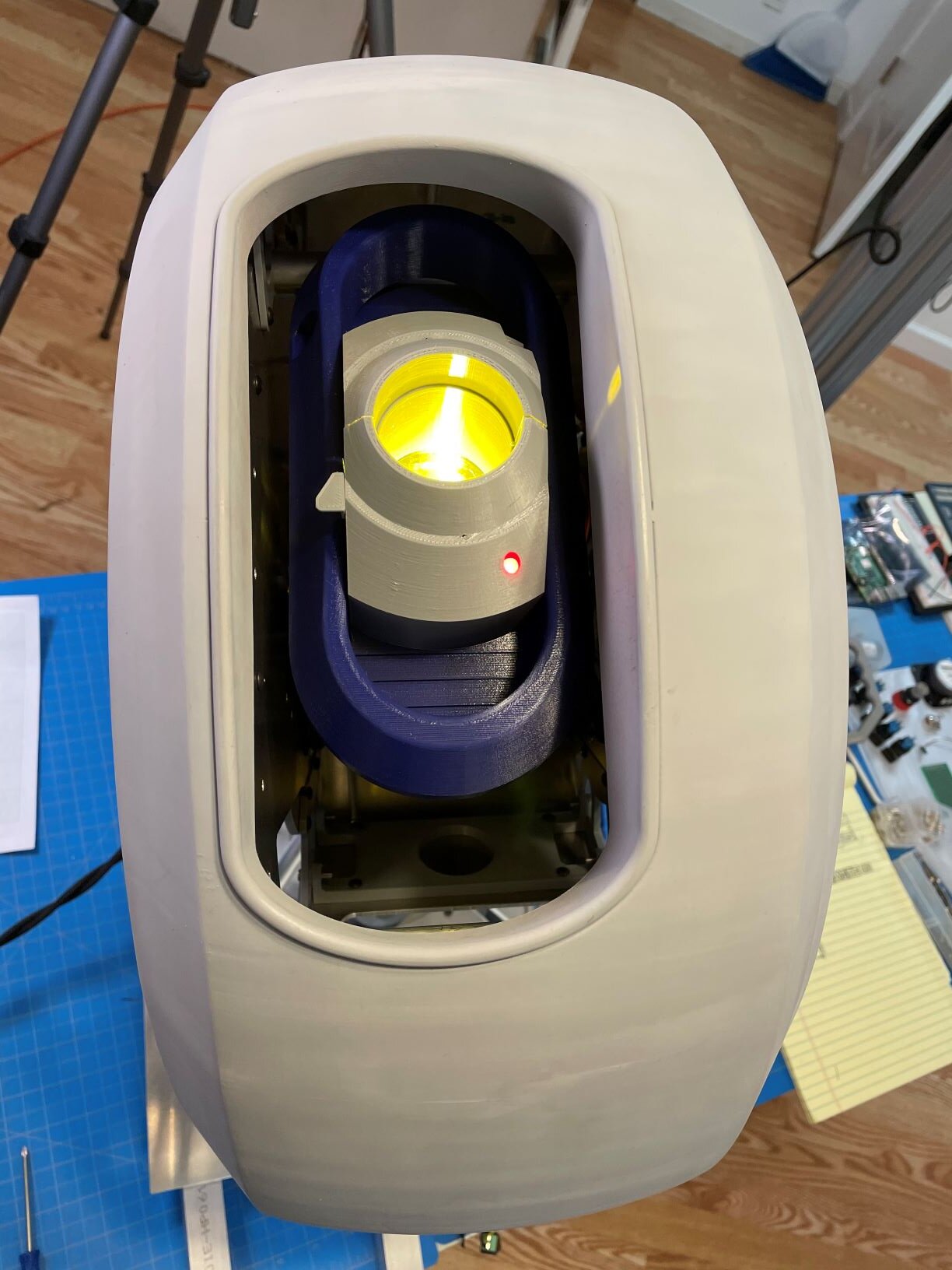 Also, she's got her head shell! It still needs a fair amount of sanding and painting, but I'm not going to stress, since she'll be weathered and cracked on the surface so little imperfections are A-ok. One of the key features I wanted to implement was a quick mounting system for the shell so I can quickly access her internals. To accomplish this there are matching pairs of 6mm neodymium (of dubious quality, but they hold) in her shell as well as on 3d printed internal spokes. This ended up working beautifully. I can still jolt the shell off with a forceful shake, but she wont be able to accelerate that quickly on her own power and wont be facing straight down, so I'm satisfied. 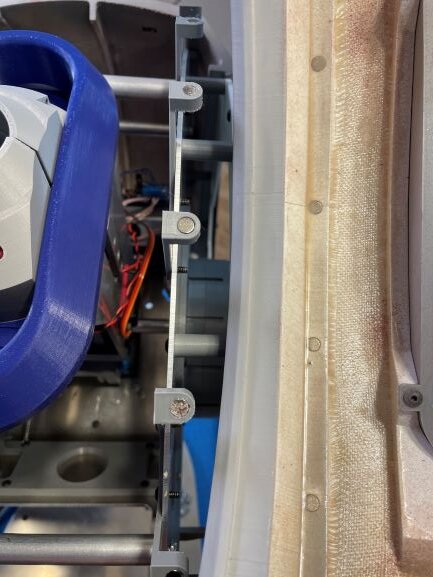 Speaking of acceleration, I've also been iterating on her neck assembly. While I had originally wanted to use these large and relatively cheap servos, they don't respond well to being driven slowly and while fast movements would be OK, her head weighs roughly 7lbs right now and the inertia is too high, causing oscillations. I should add that the torque of the motors is quite good (I'm not testing them at their limits) and backlash is negligible, but the internal PID algorithm is clunky. Rather than trying to compensate for this, I've switched the design around to linear actuators with integrated feedback potentiometers, so I can drive things on my terms. 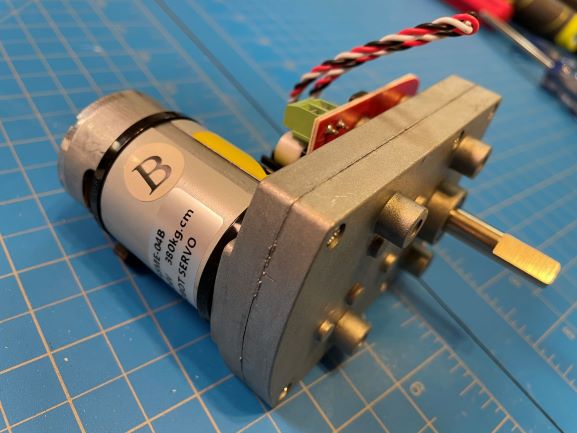 Her neck uses some rather beefy rod-end bearings, which, while mechanically overkill, look cool and match the aesthetic. There are no modeled couplers for her in game, since it's not possible to look behind her during gameplay. During the core transfer segment, which is really the only time you get to walk around her freely in game (in Portal 2), she tracks you and the only way to really view her assembly is by extracting the 3d model. 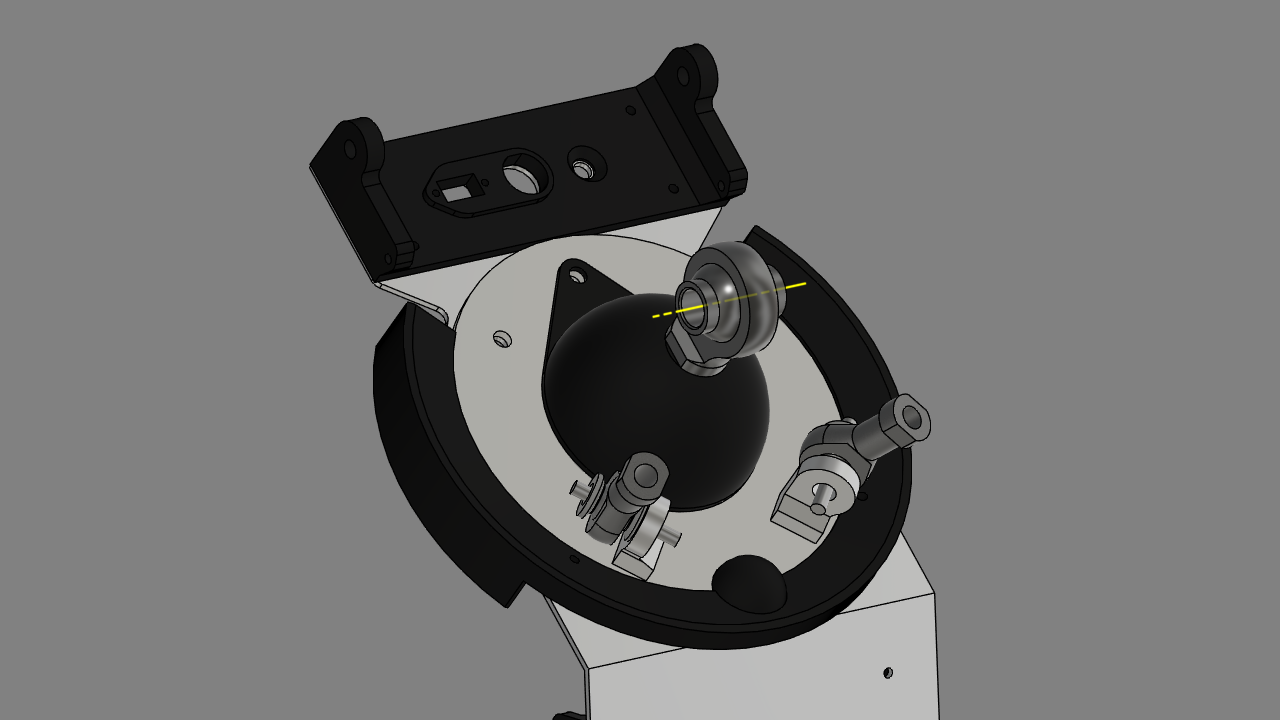 The wall mount/neck assembly is going to be largely redesigned to accommodate the linear actuators and more accurately match the blocky nature of her design. 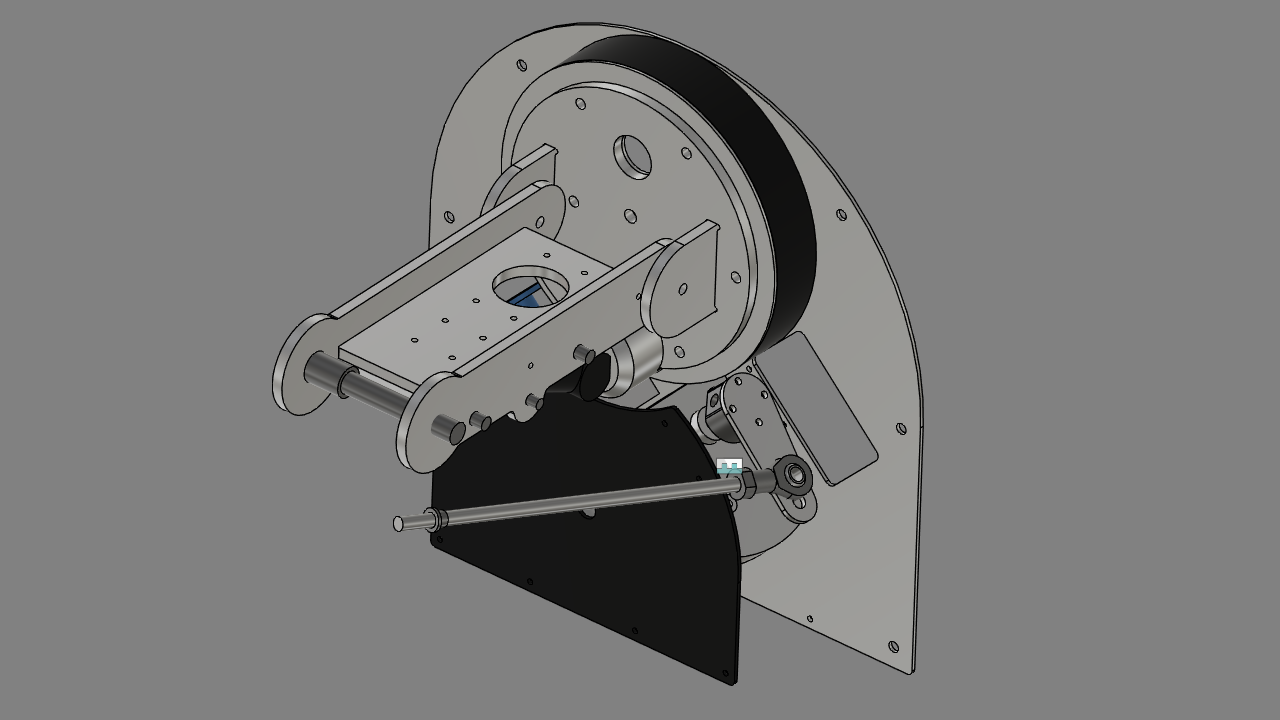 Even shorter update for today, but I've finally achieved smooth movement of her head! This is a basic range of motion test for each of her servos at about 80% max speed.


I redesigned her neck assembly for a third time and it's now basically a large universal joint, which is working quite well. Currently she's just running off a Pololu Maestro board for servo control, which is really making creating motion sequences easy. At this point I've only got cosmetic details to build and then Ill be creating animations to match her in-game movements for her voicelines.

RPF PREMIUM MEMBER
They is amazing!!! Blown away!

Yes, that is freakishly EXCELLENT!!!!


Painting (and repainting) took far longer than I wanted, and she's not even weathered yet! Laying parts out for painting was the first time since I've begun that I could count the actual elements in her design easily. All in all, there are over 200 machined,3d printed, and laser-cut components in her head and who knows how many screws and other bits of random hardware. 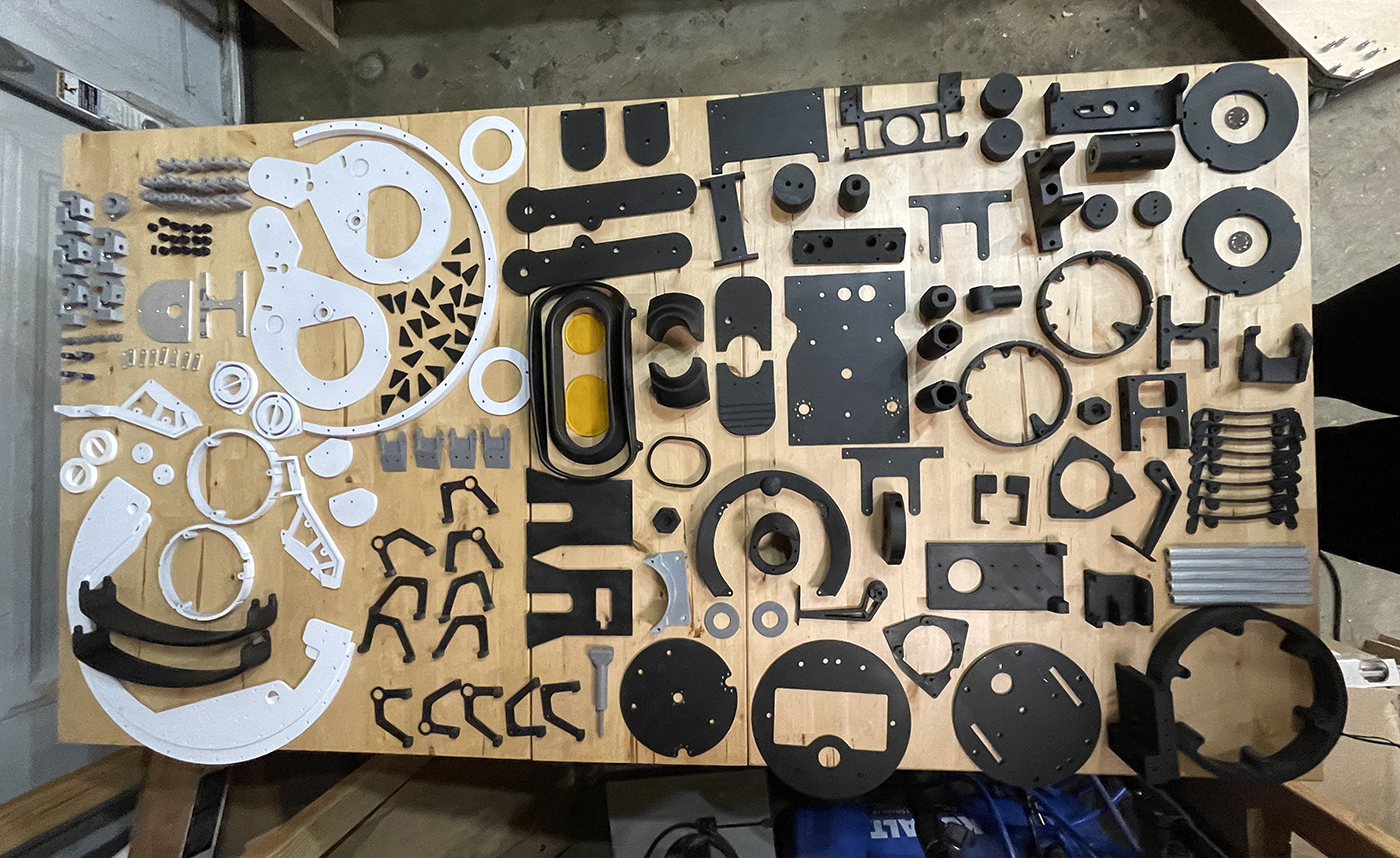 The video hardly shows my real frustrations over the past weeks, but I'm 90% happy with how she is so far. I managed to fry the nice LED driver I was using for her eye piece, so I too that as an opportunity to redesign her eye with a round LCD (GC9A01) that allowed for some fun "boot" animations. Also, while a magnetic faceplate makes for easy repair and assembly, I found out more than once that her eye carriage can very easily bonk it right off. The magnets hold during animation sequences, but it's cracked several times, so for now I've settled on clamping it to the internal frame to secure it in place. 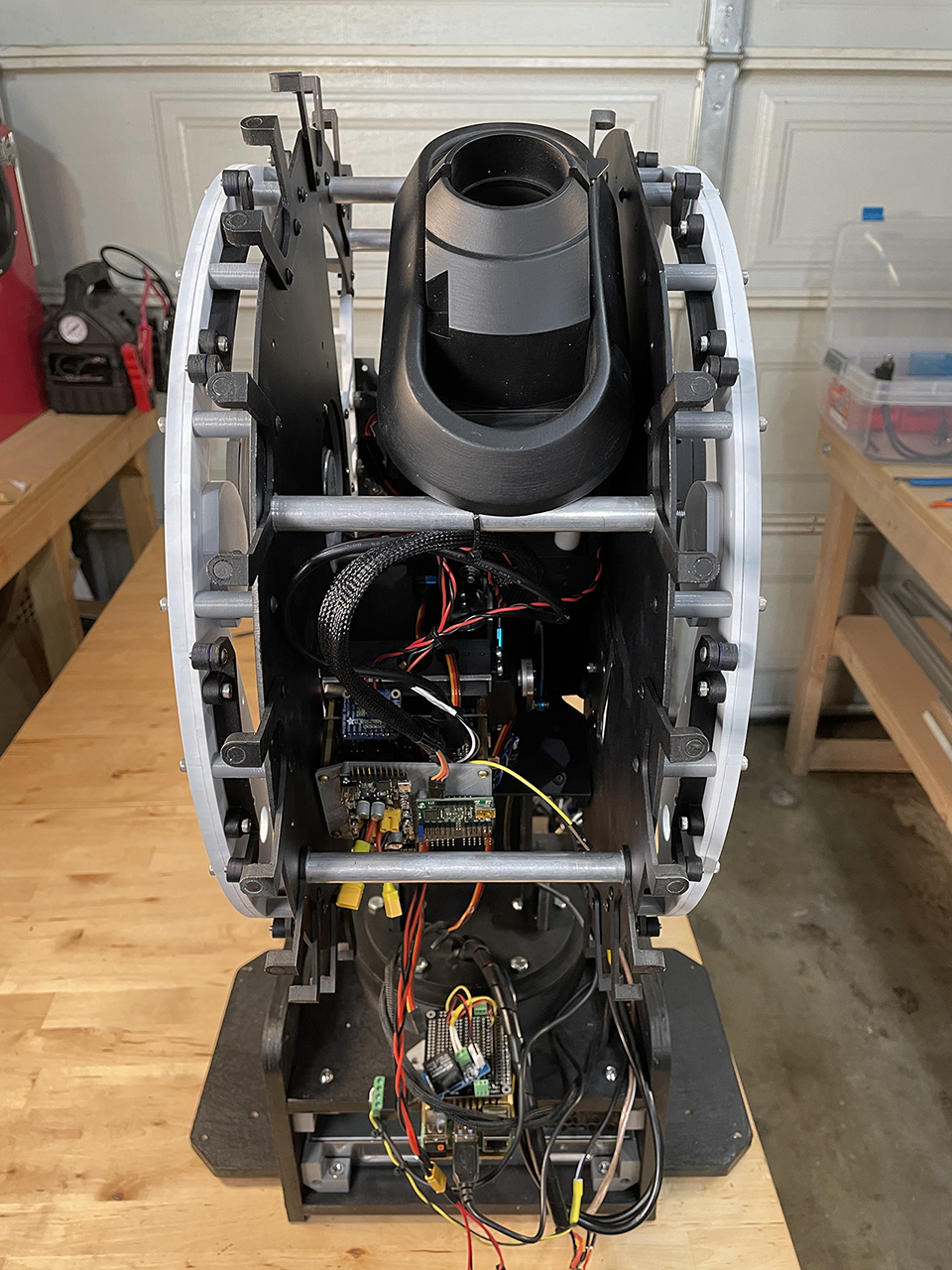 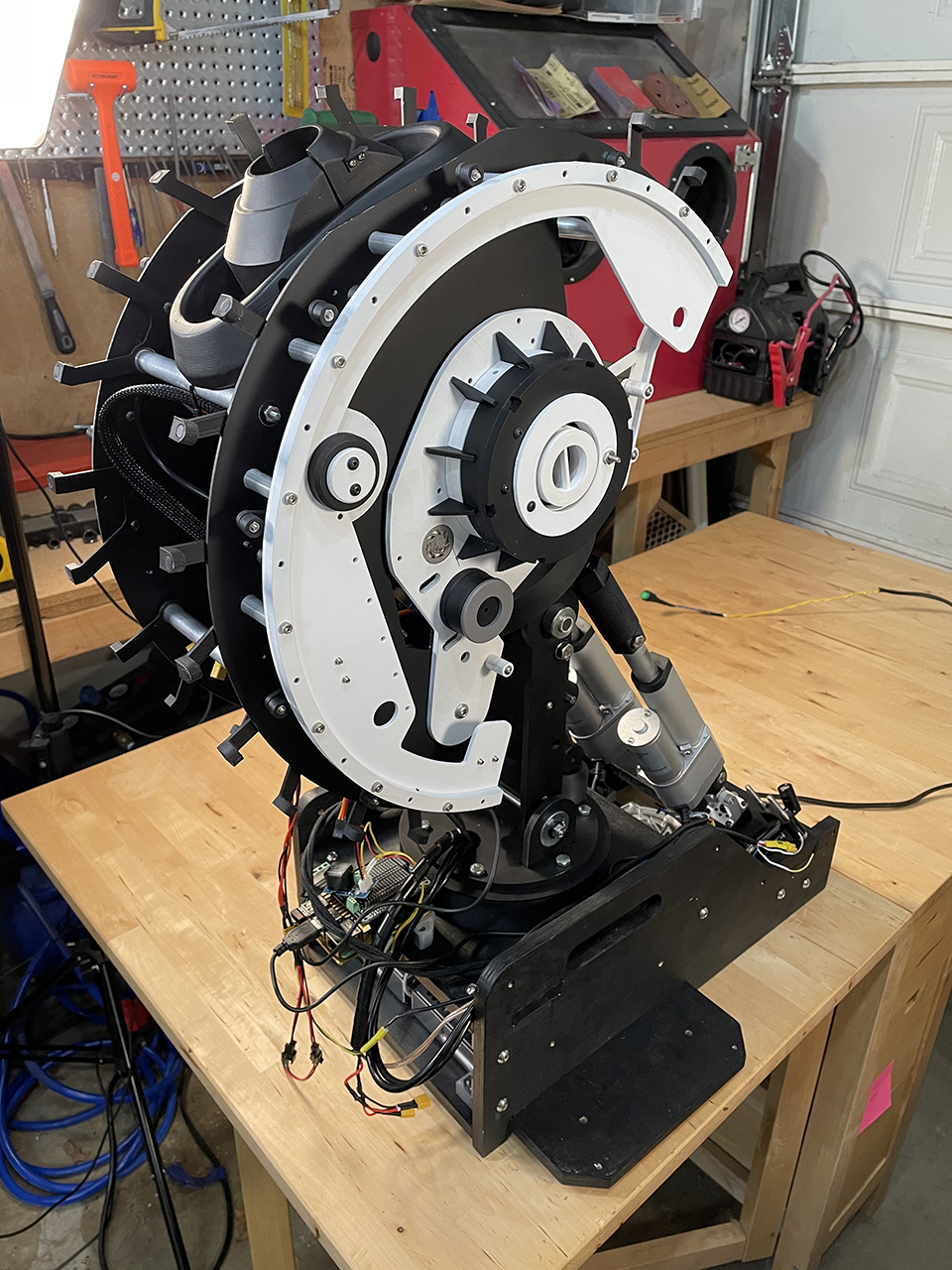 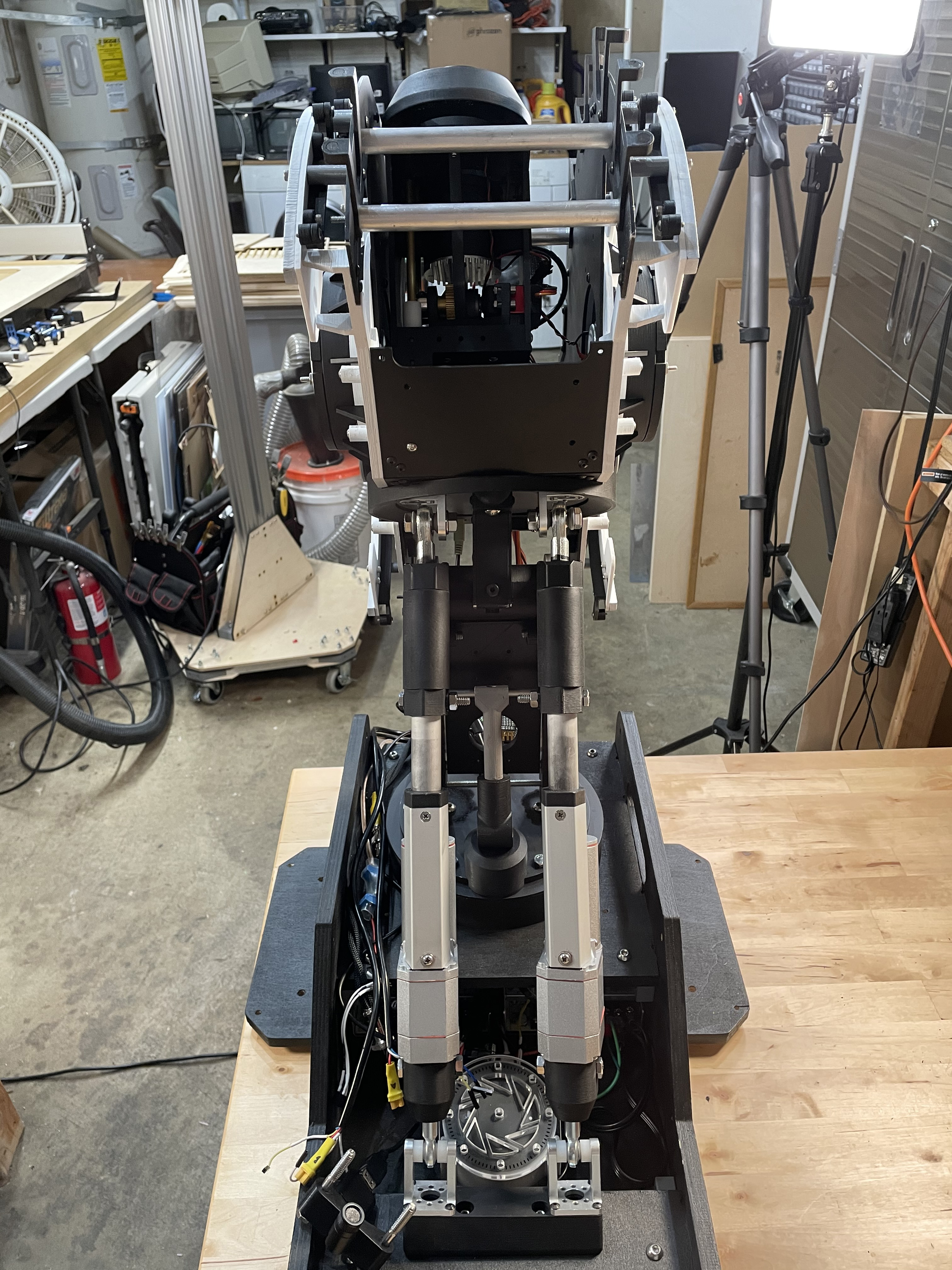 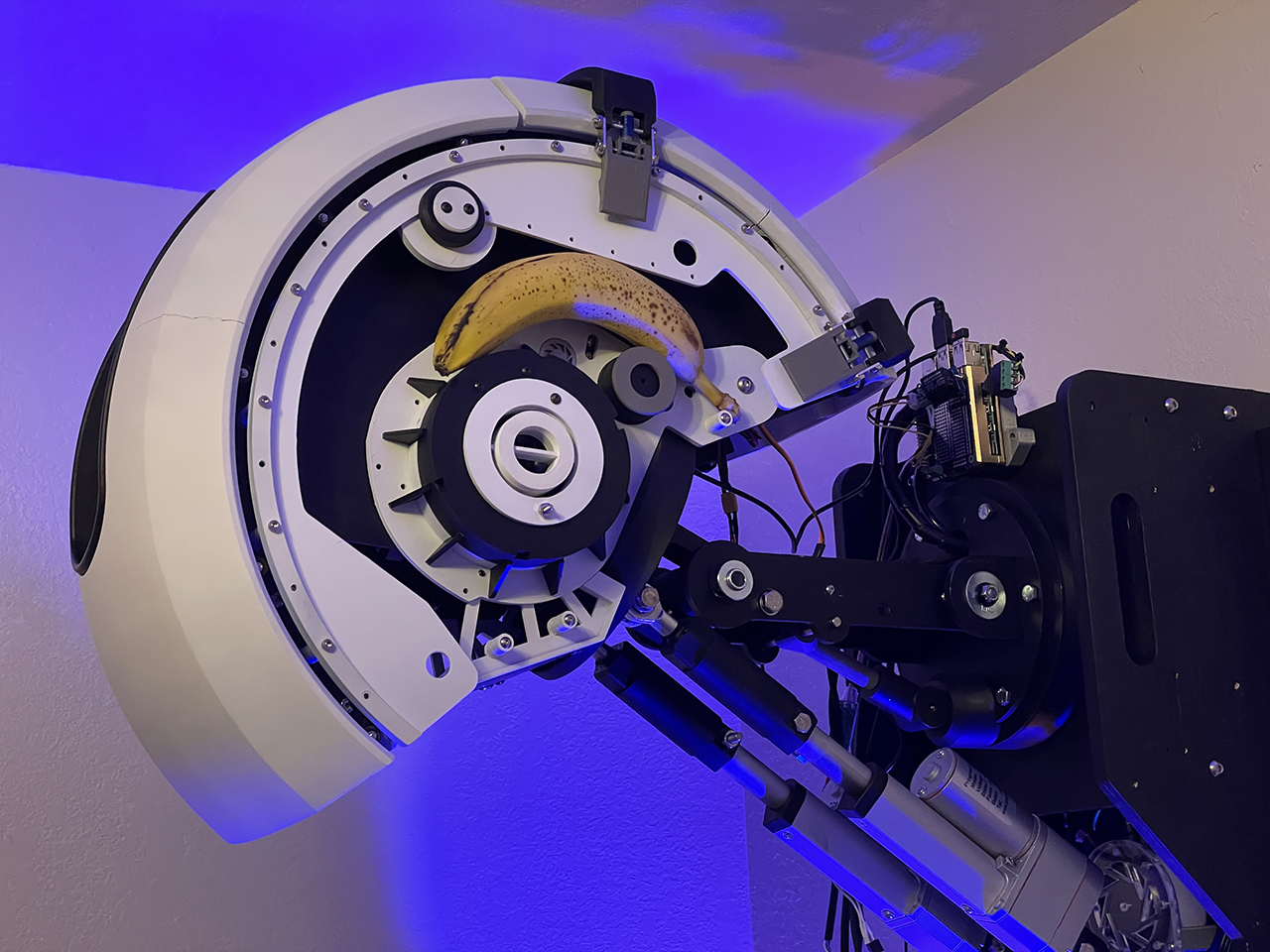 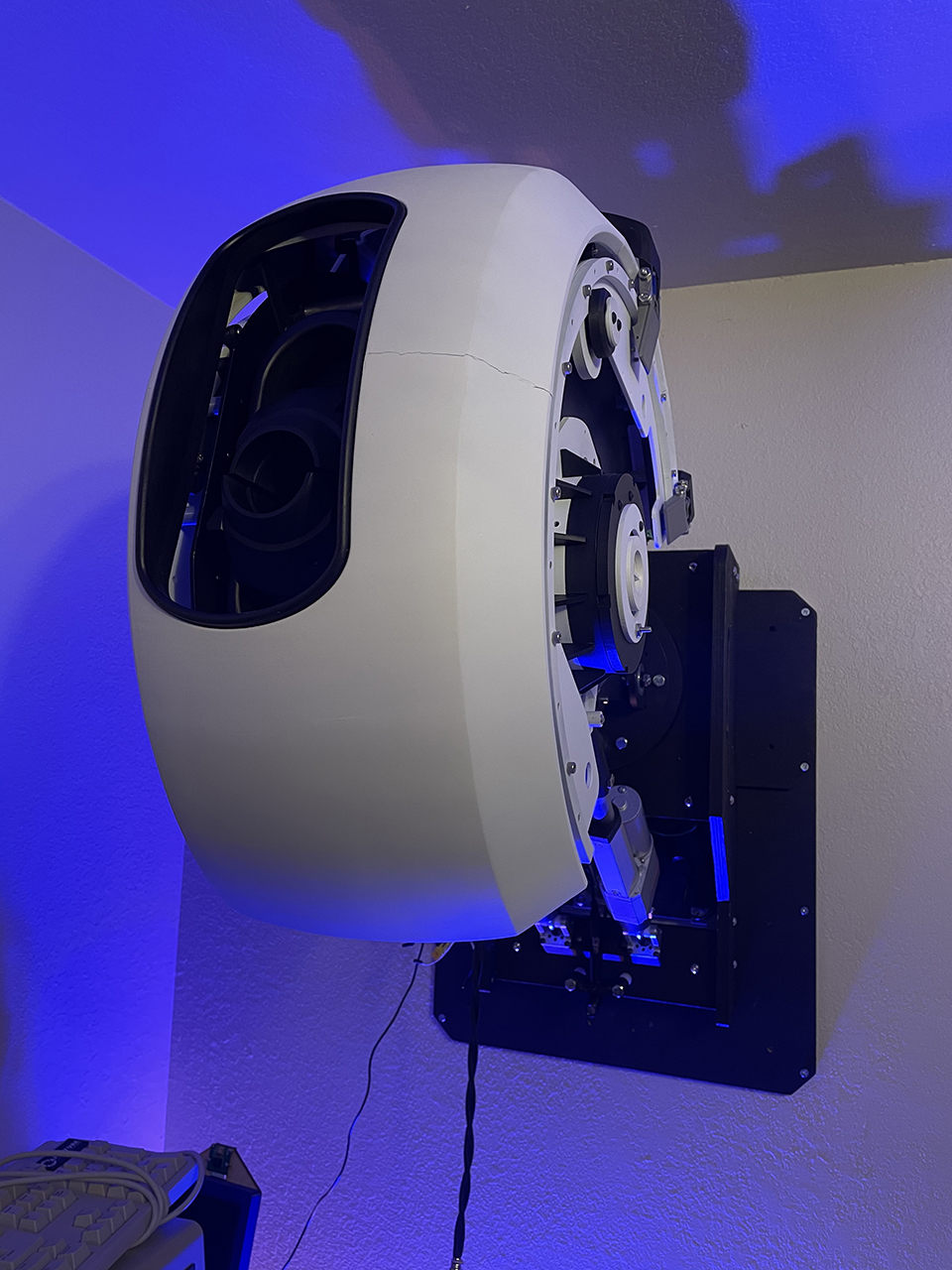 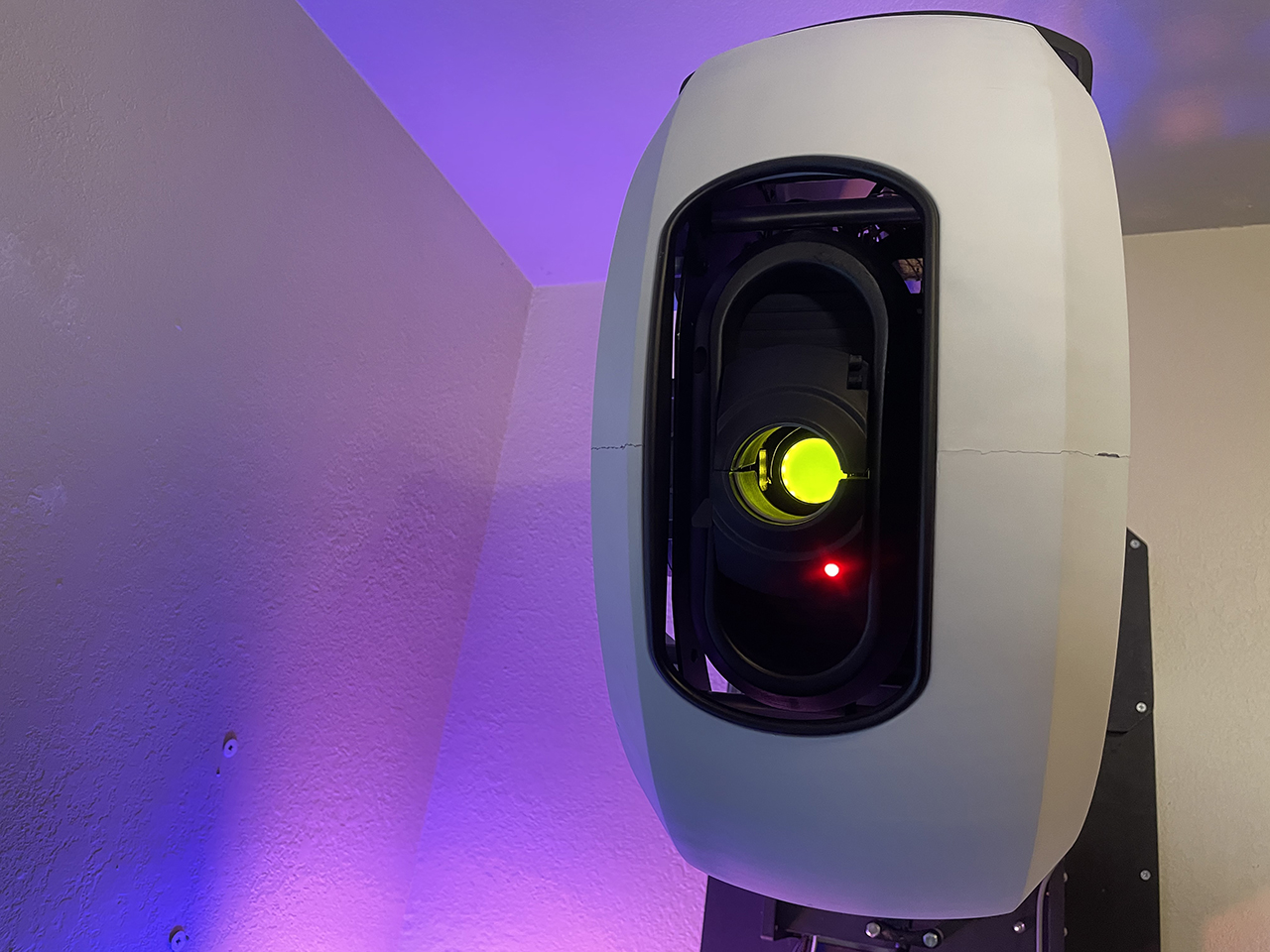 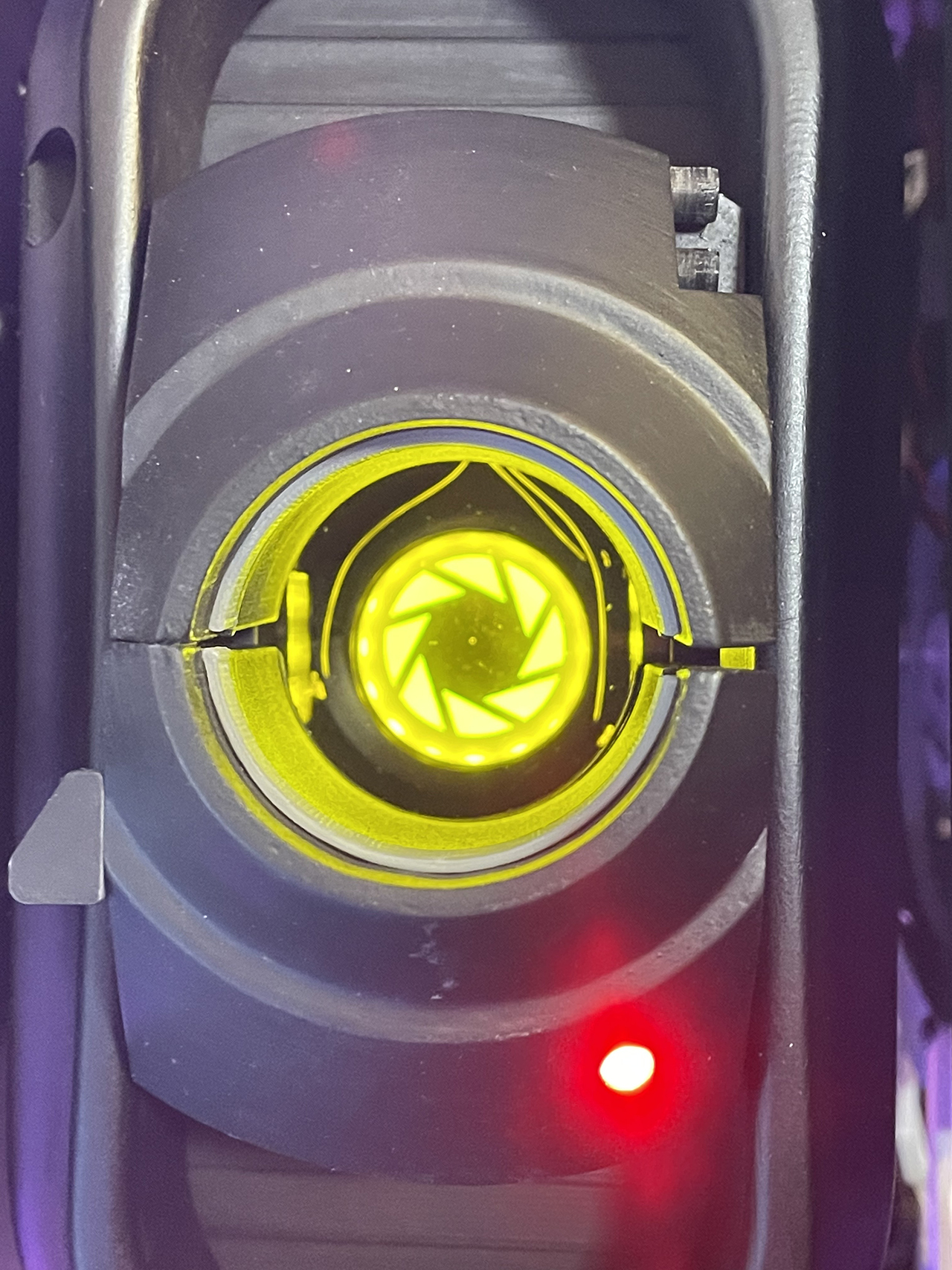 I'll be sharing the .step files here once things are tidied up!

RPF PREMIUM MEMBER
The video was a triumph! I sent you some funds to replace that blank mug.

Thanks so much ZapWizard! Also, for all who are curious, I'm using this library PaintYourDragon/Adafruit_GC9A01A for the display using a Teensy 4.0 running the SPI bus at 40Mhz (just need to set this in the .h file of the lib as the T4 processor is not referenced)

RPF PREMIUM MEMBER
An absolutely fabulous build! And a real testament to your hard work and perseverance!

Fantastic work! I really enjoyed the video too! I wish I had you skills!

Robot (From Netflix's Lost In Space)