This is the first of two concept gun designs for Gaff that I have been working on for some time now and have finally finished it as a Rhino 3D model.

The idea is that Gaff would carry this gun in his Spinner. It is intended to be a modified side-by-side 12GA. double barreled shotgun that chambers standard shotgun shells, as well as, more exotic futuristic ammunition. Beneath the traditional barrels is a single shot "Particle Singularity Cannon" (the infamous "Black Hole" gun technology that got dropped from the film). No clue how this would actually work, considering the enormous amount of collapsing mass that is required to warp space-time so dramatically. Not to mention how the hole would be made to evaporate the instant it devoured its target. Presumably the unknown particle would work all this out once fired from the gun. Science fantasy still, but it's an interesting idea.

I hope you like it. It's on my list of projects to have 3D printed one day. 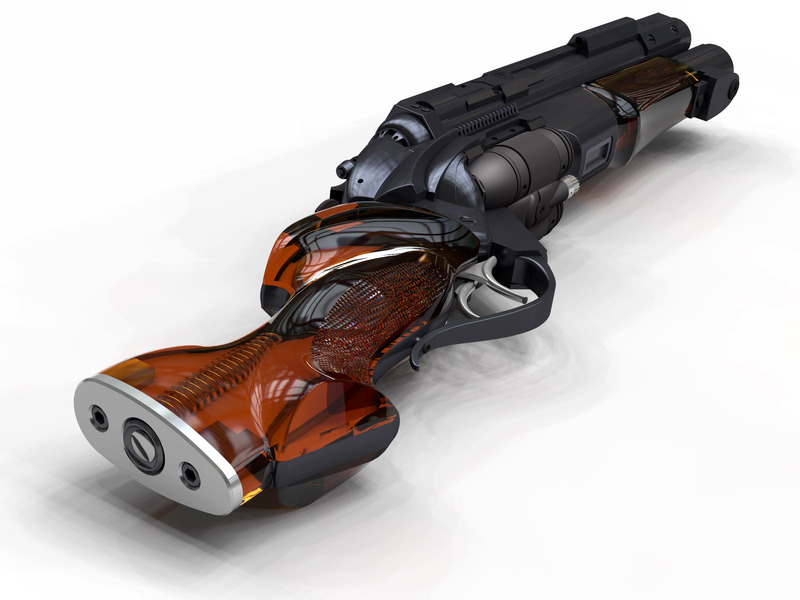 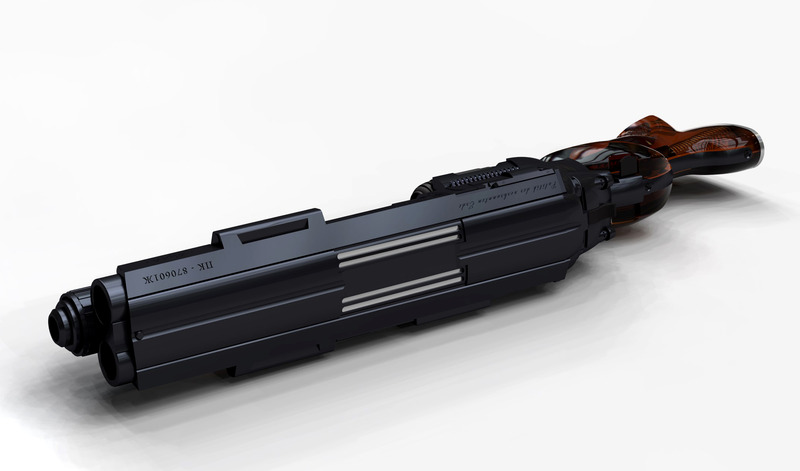 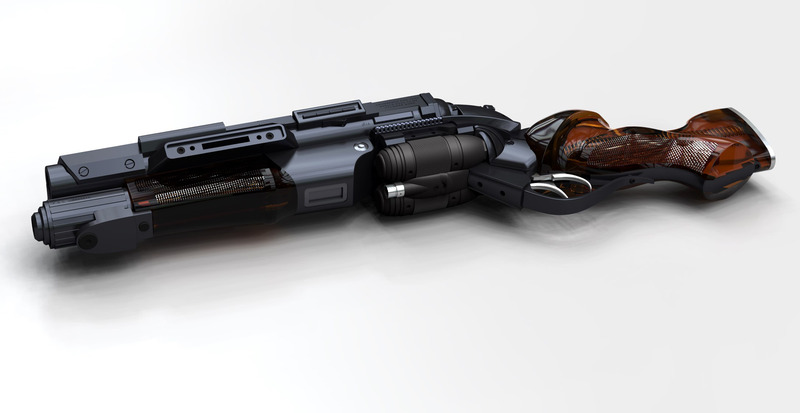 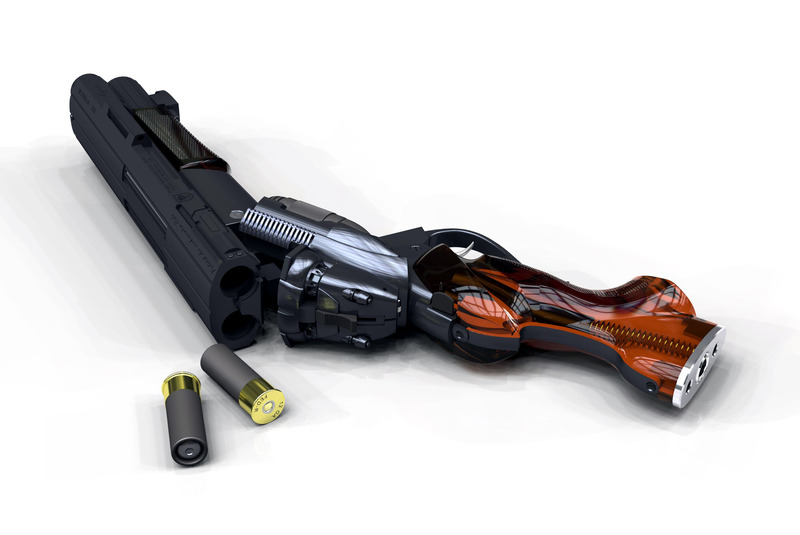 Nice! Now I want to see you make that

Holy fraking hell that thing is beautiful if I ever have a first born .would you be interested in trade..:lol

RPF PREMIUM MEMBER
That. Is. Gorgeous!!!

I would walk bare foot! over broken glass! for a mile! to get my hands on one of those puppy's....

Stunning work sir. This has to be made!

Thank you all for your kind comments. I do appreciate it. I've been working off and on on this project for quite a while. I am happy to have finished the design, at least.

The inspiration for this design comes from the 1966 John Wayne movie, "El Dorado". James Caan's charachter, Mississippi, carries a leg holstered sawed-off 12 Ga shotgun for his sidearm. This gun was later reused by the Doc Holiday character in the Star Trek TOS episode, "Spectre of the Gun", I believe. The lanyard hole through the wooden stock appears on both. Paramount Pictures was involved in both productions, so it's a good bet that it was the same gun. In addition, Steve McQueen made a holstered Mare's Leg Gun (a chopped down Winchester 1892 Carbine 44-40) a famous weapon in the 1958 television series, "Wanted: Dead or Alive". This too deserves recognition for inspiration.

I look forward to the day when I can start building it for real.

Rick, you gotta' cut this out....you're turning us all into slobbering idiots!!!! ...or is that your intention so that you can then TAKE OVER THE WORLD!!!!!

...Seriously, you took the guns from two of my favorite films/shows and 'Bladerunner-ized' it. Great job!!!
Maybe you should have named this the 'El Dorado' after the film.
D

B
Does anyone know how to contact Scott Nakada / Xscapes props?