RPF PREMIUM MEMBER
These lenses look nice in a Singlepoint too, I’ll probably use this on a Hoth A295 rifle. 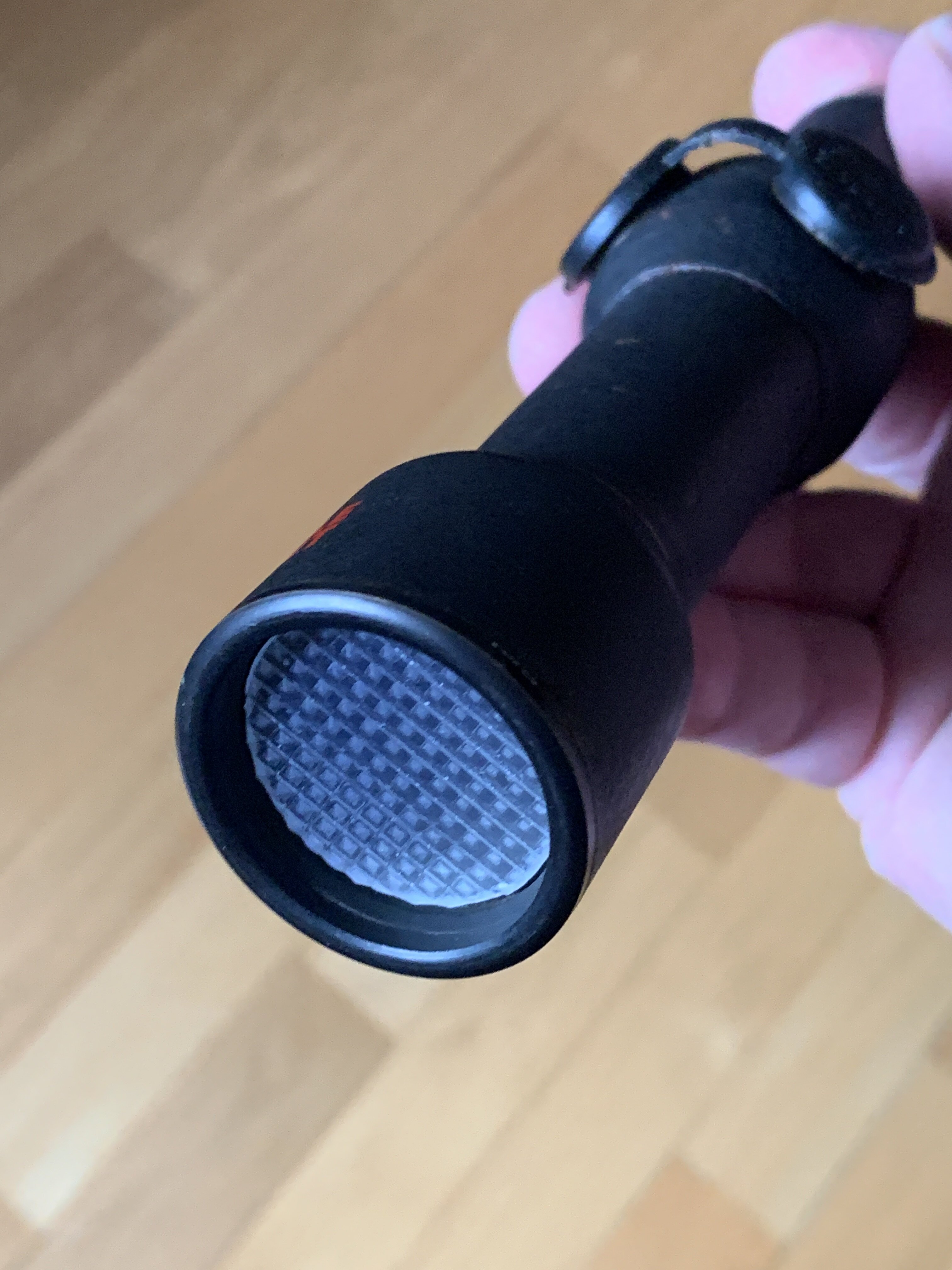 RPF PREMIUM MEMBER
Scope nearly done. One of these things is not like the other ones... 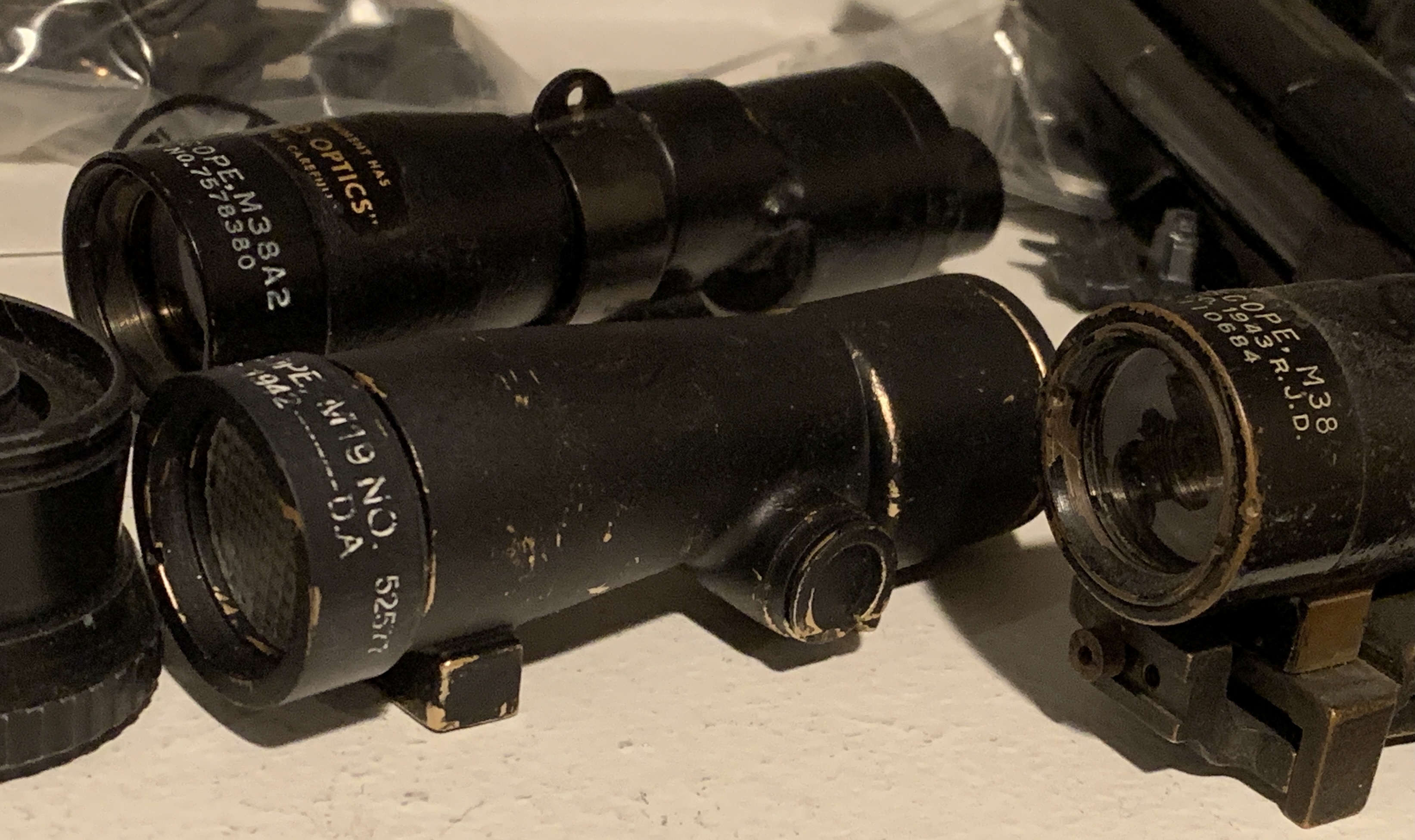 RPF PREMIUM MEMBER
Needed some more V8 pistons for the Dagobah blaster. I have 2 of the Visible V8 kits and somehow never noticed that you have to fill in the back of these! Well that, coupled with me being a hoarder, prompted me to 3d model some accurate pistons and print in resin. Infinite greeblies!!! Resin cast from a real part on the left, 3d print on the right. The print lines will sand right off, but I'm not sure I'll bother. I think I'm .05mm off in a couple spots... 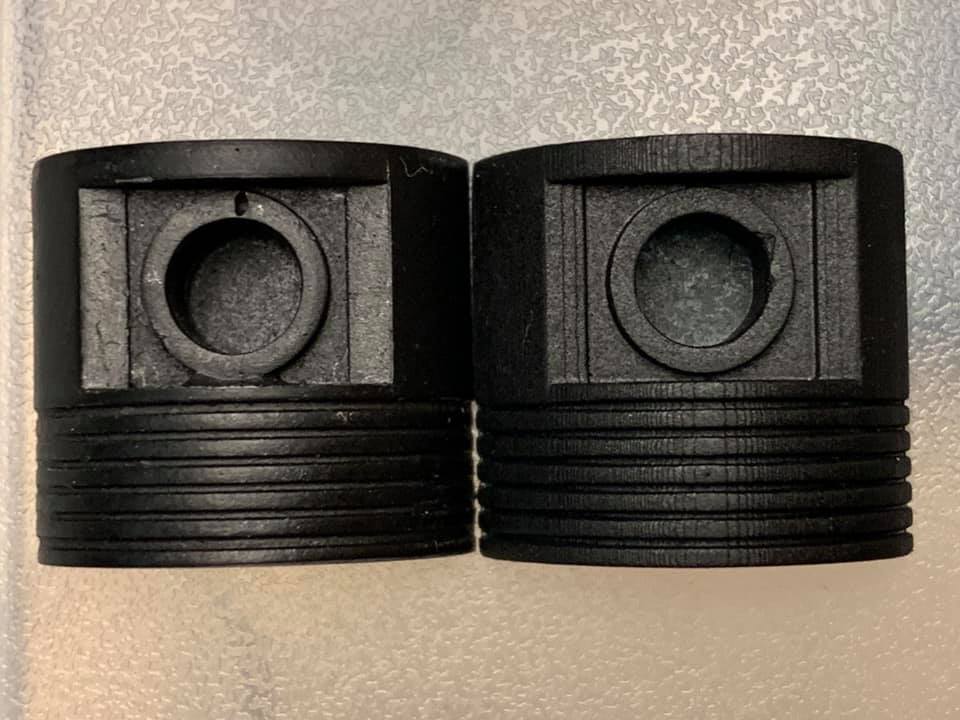 RPF PREMIUM MEMBER
I started a new 3d project while waiting for a shipment of resin so I can finish up my DG-29 prints. Anyone care to guess what this will be? Grasp with hand or flipper, your choice! Also handy in the snow...but I need to come up with a real mortar fin (or two). 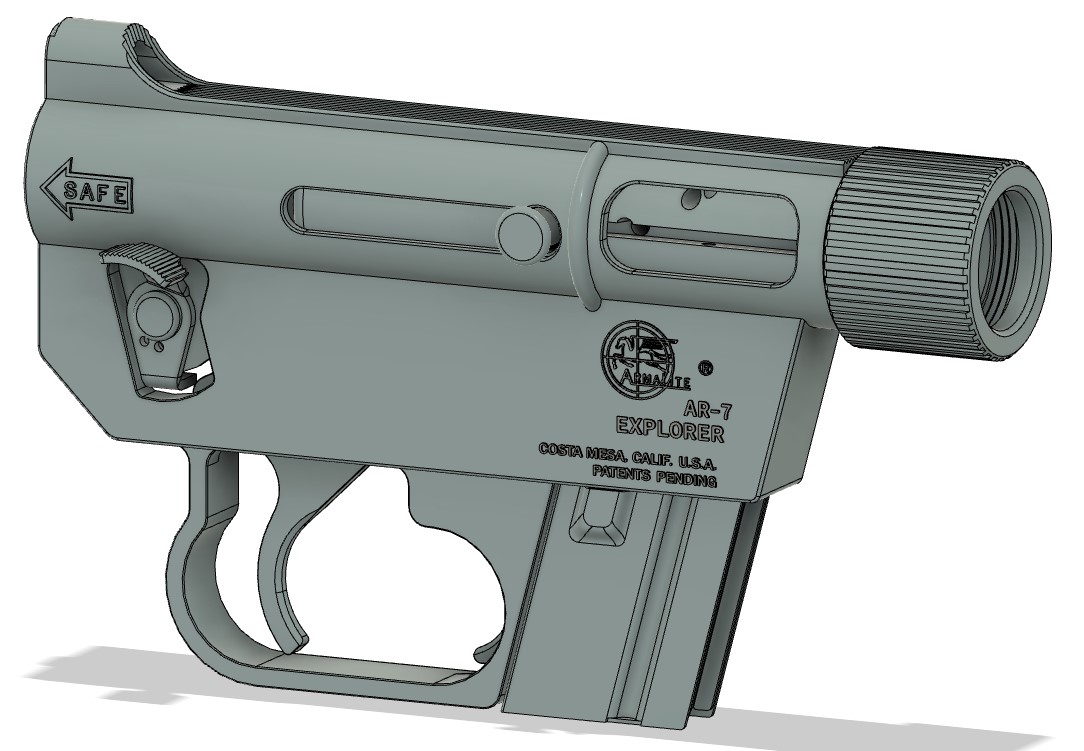 RPF PREMIUM MEMBER
That Charter Arms looks really nice Peter. Good luck on your Ponda or Hoth Pistol. Whatever you decide to do first.

RPF PREMIUM MEMBER
I’m on a blaster roll here! This one has been stewing in my brain for a while, Cara Dune’s blaster pistol from The Mandalorian. There are some decent 3d prints around, but none I’ve seen are accurate. I scoured screen caps and costume display photos to get this as close as I can to the real deal. It’s actually a fairly simple conversion for the most part. I’ll try to find some time to post my research info, but for now, here’s my prototype build. 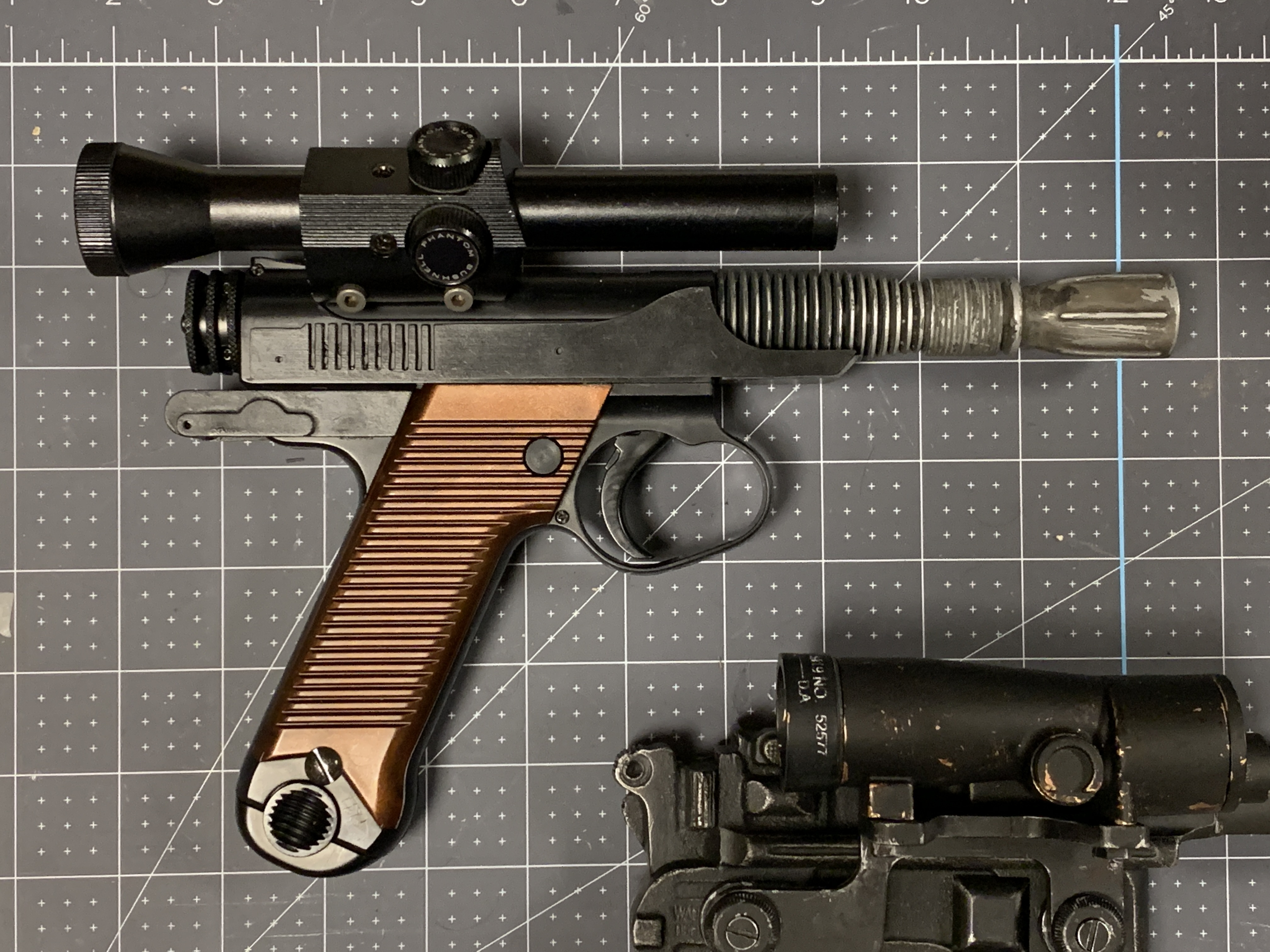 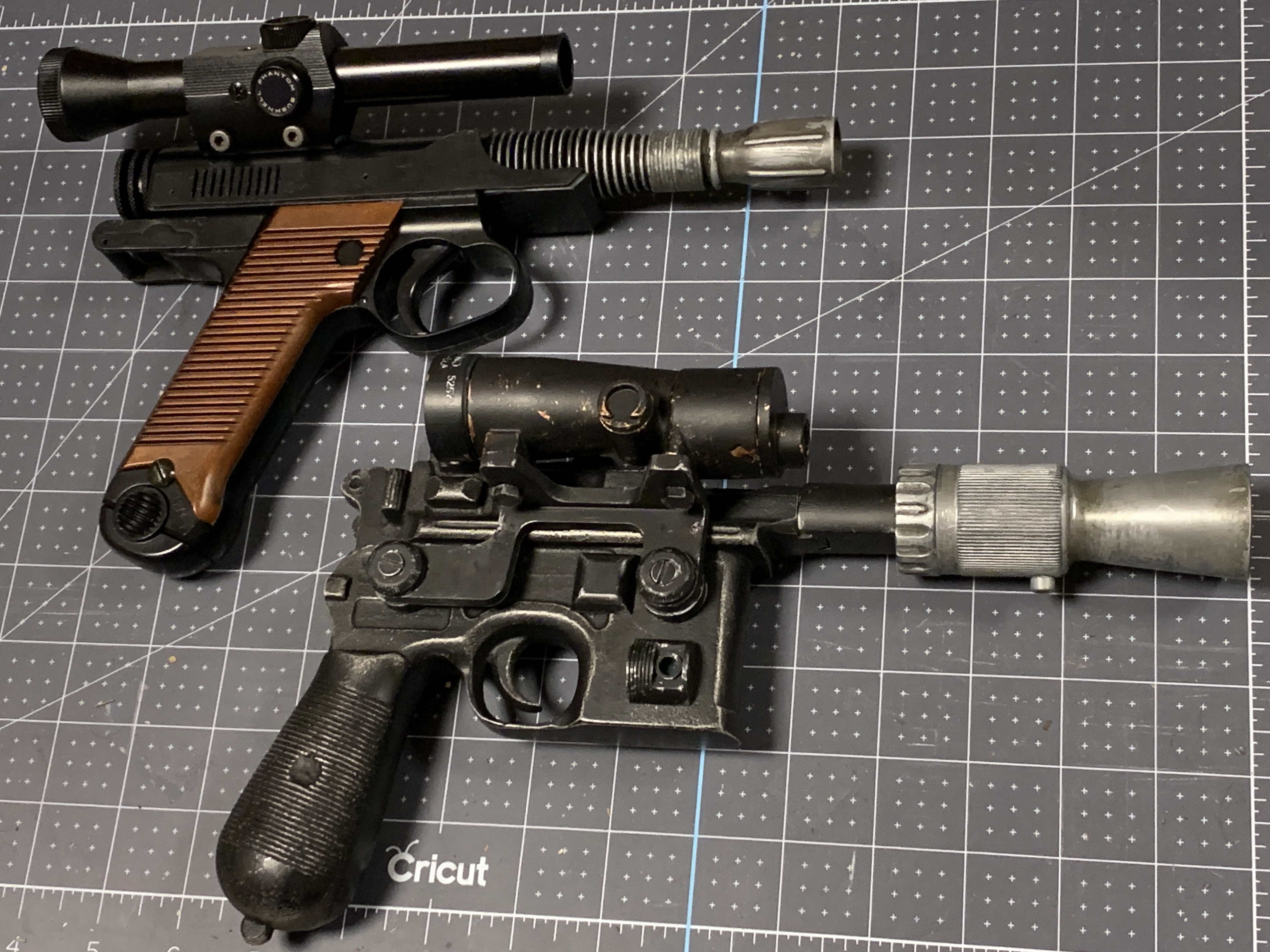 This is built on a Tokyo Marui Nambu 14, but I believe that the hero prop was a Hudson PFC model.The add-ons are resin printed, but I’ll be replacing the side panels with laser cut aluminum. Here’s a fit test - perfect! 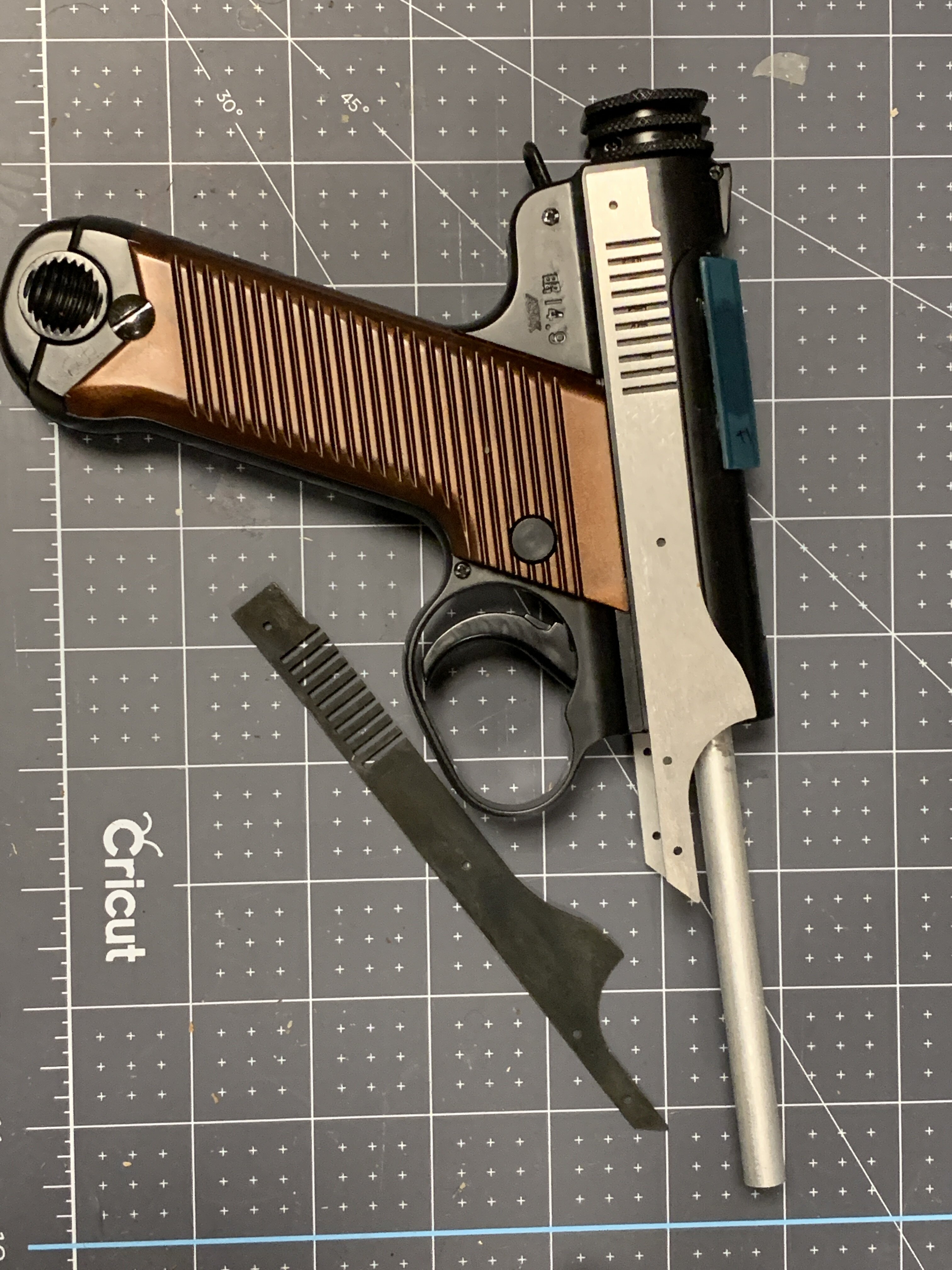 The barrel is a stand in, will replace with a repaint that’s more accurate. 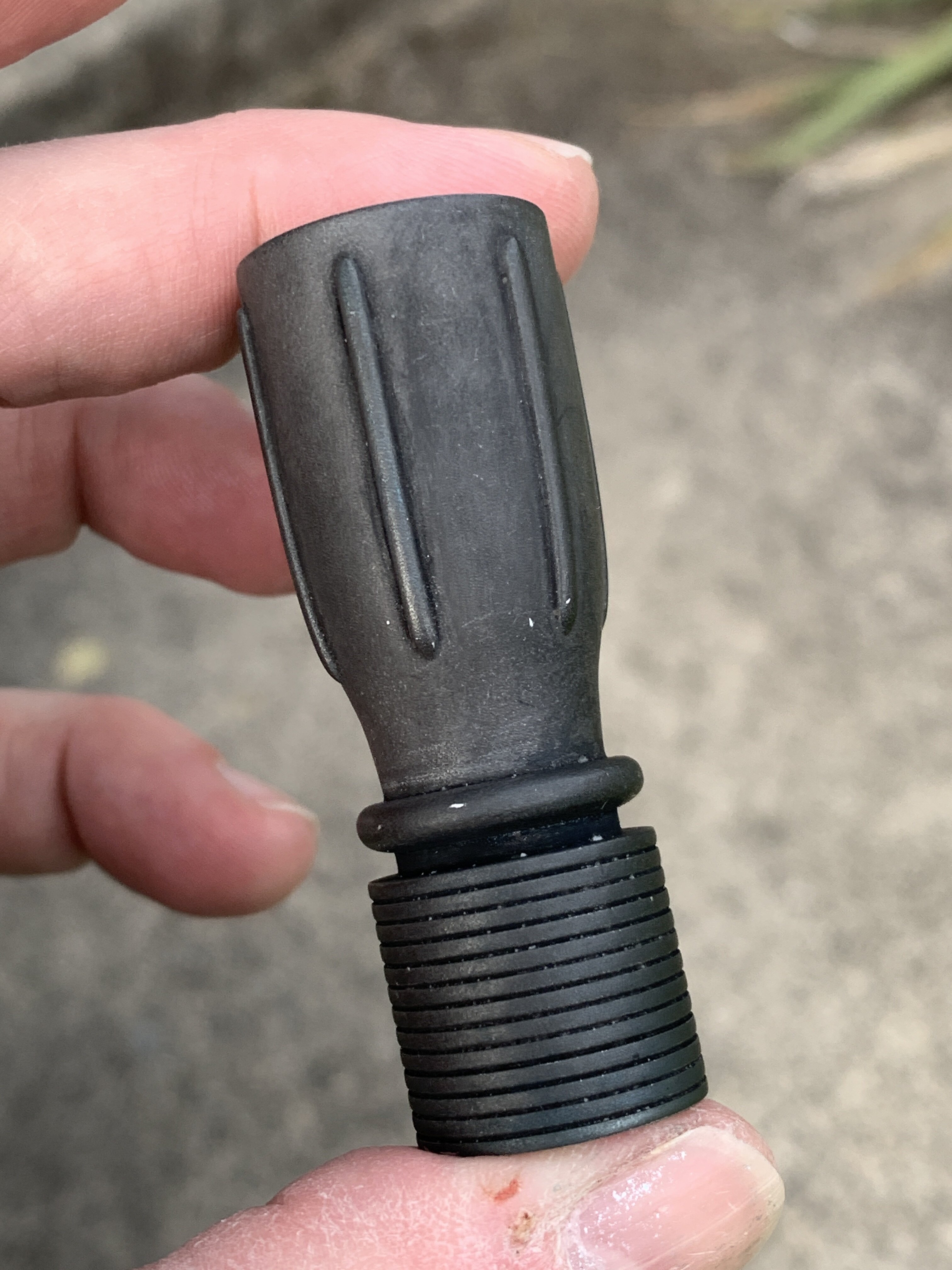 The scope is a real Bushnell Phantom, I replaced the eyepiece with a 3d printed part. Took me 3 tries to get the knurl right but I think I nailed it. 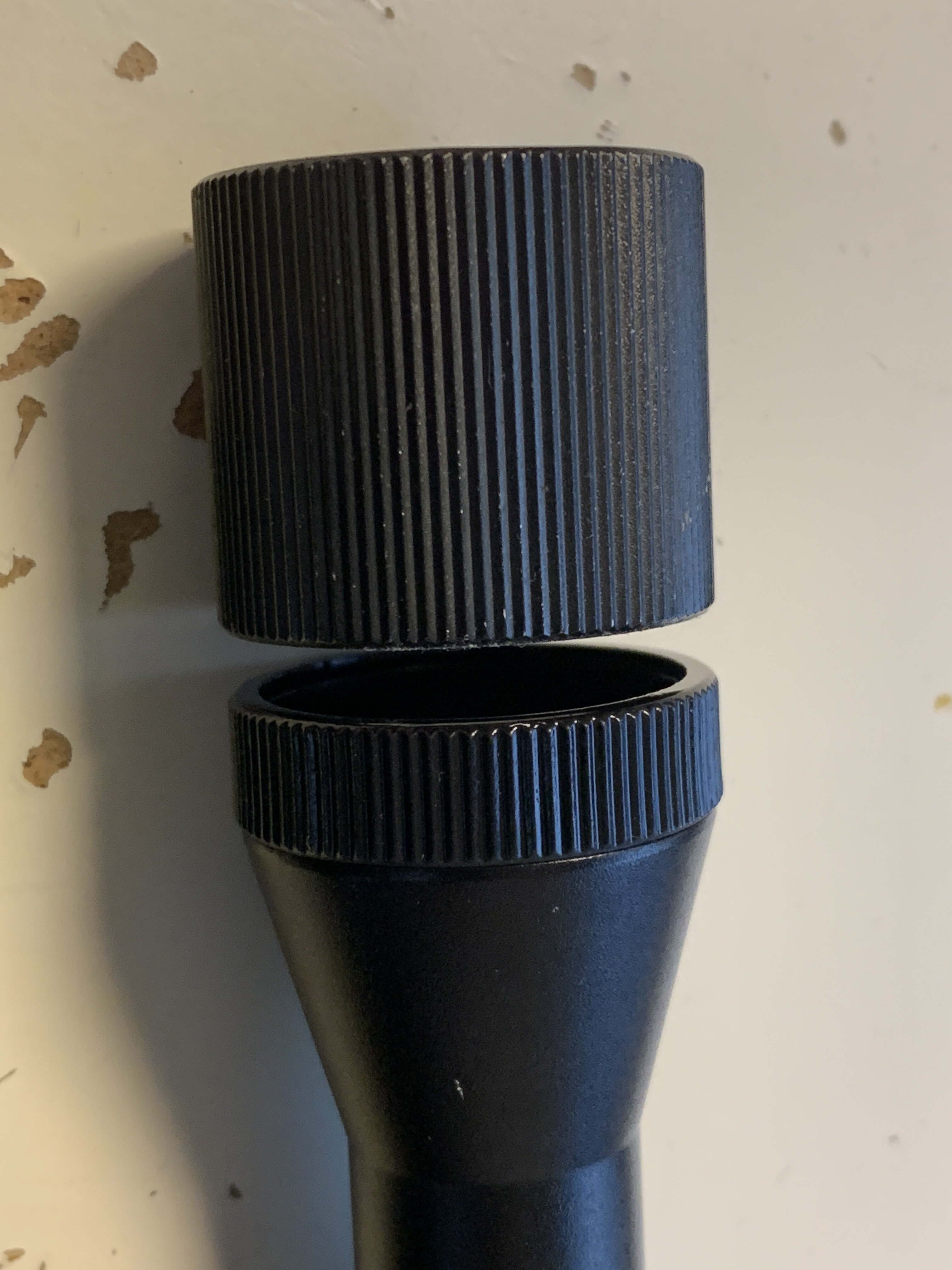 RPF PREMIUM MEMBER
Progress on my Hoth DL-21 build. This is a real sterling grip, modified to fit the AR7 frame. Strangely I haven’t seen any replicas that get the grip right, folks just seems to stuck the grip to the gun, but it needs to be cut down on the right side to fit correctly. Hoping to find a real mortar fin, and I have a Visible V8 to scrounge greeblies. 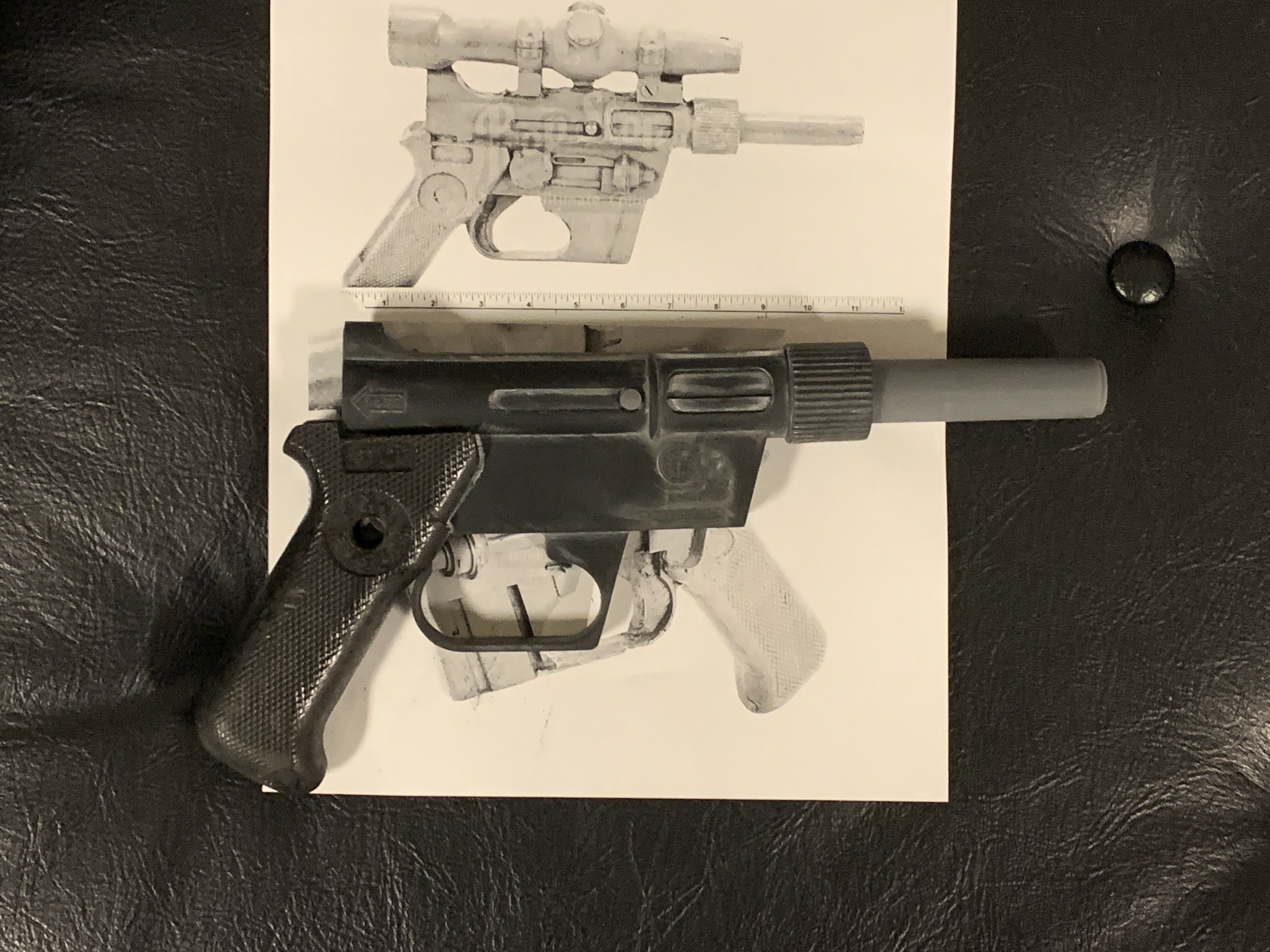 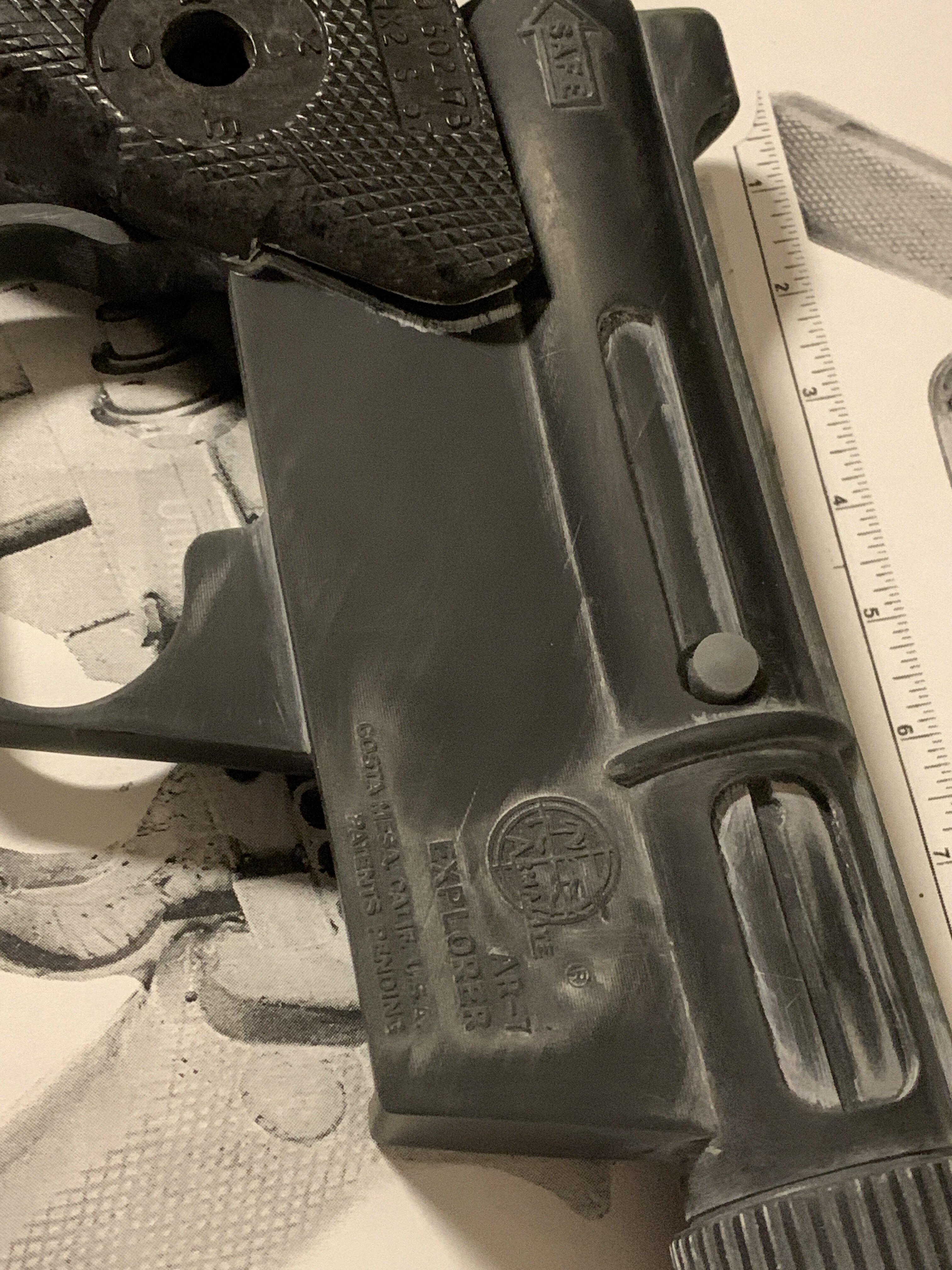 RPF PREMIUM MEMBER
So that was YOU!

Dang, caught again! Actually I'm lost! But ask anyone who knows me and I'm probably guilty...

DEFINETLY interested in a print / casting of the Armalite AR-7 receiver!!! --Ed

You and I were chatting on facebook over this, im the one who stupidly put a real mortar fin on a resin blaster

RPF PREMIUM MEMBER
Oh hey haha! Nice to meet you Tom. I missed out on a couple of fins on ebay just yesterday, so looks like I won't have that issue any time soon...

ed-209 - I didn't make this model from scratch, so I cannot sell copies. I'm pondering re-building it though, the majority gets tossed for this build, and what's left is probably only a few hours of modeling work with a good scale drawing to work from. If there's interest I'll give it a shot.

Pedro said:
ed-209 - I didn't make this model from scratch, so I cannot sell copies. I'm pondering re-building it though, the majority gets tossed for this build, and what's left is probably only a few hours of modeling work with a good scale drawing to work from. If there's interest I'll give it a shot.
Click to expand...

OH! I was under the impression you 3D printed the AR7 Receiver. Did you obtain it from someone else? If so, can you tell me where I can go to get one? --Ed

RPF PREMIUM MEMBER
I did print it, but using a free model I found at GrabCad (with a bunch of modifications). You're not the first person to ask though, so there's a good chance I'll build (3d model) my own soon and print some more... This started on a whim when a guy asked me about modeling a Ponda Baba grip. Needed to scale to the weapon, so..."Hmm, I wonder if I can find an AR-7?"

But it's gradually turning into a pet project, as they all tend to do, so don't give up hope... Also, there's a guy on Etsy (Blaster Master maybe?) who apparently sells resin casts of a Charter Arms AR-7 (so a bit different from the correct Armalite I'm making here).

RPF PREMIUM MEMBER
That Dagobah blaster looks great. Love the finish on the flash. What color paint did you end up using?

Pedro said:
This here Dagobah stunt blaster is just about done. Do I do something with the black paint besides a bit of edge weathering? Sure looks bland. And I’m trying to decide whether to try to get the bull barrel to match the cast Mauser texture. I’m trying not to get out of hand on this one!
View attachment 1424787

Love the look of this FH finish! What color paint did u use if u don’t mind sharing?

RPF PREMIUM MEMBER
Thanks man! I've got a bunch more stuff to post but haven't had time..getting lots of work one on my Cara Dune and DL-21 builds The Dagobah is done I guess, though I need to get some new pics. BTW, I saw a pic the other day of one of this style blaster with brown painted grips. It was the one with the broken scope mount screwed back together from what I can tell, I'm not sure if it was repainted black later or what. I know there were at least 2 of these, but there certainly could have been more.

The flash hider and a LOT of other stuff I've been making is painted with my super secret recipe - galvanizing spray paint, blackened with Aluminum Black. I've been meaning to post a thread about this, it's amazing stuff. It blackens very much like aluminum (maybe a little lighter in color), great for those times when you need to fill a hole or something in a metal gun too. Just paint over the filler and blacken it, blends right in. If you let it cure long enough it's pretty tough too, but a bit fragile for a couple weeks.

The flash hider on this one was first painted silver (heavy coats so I don't wear through). Next I applied clear Kiwi shoe polish, polished it up, then sprayed a couple coats of the galvanizing paint and dunked it in AB. Then I went at it with 0000 steel wool to wear off most of the blackened paint. The wax underneath provides a bit of a barrier and is a "scratching promoter", gives a bit more control over pulling off the top layers. Then it's waxed again and polished to what you see here. Probably clear coat would work fine, but I kind of like working with the wax, and it "feels" nice to the touch. It's fun using crazy techniques and chemicals instead of plain ol' paint, makes me feel like a mad scientist!

RPF PREMIUM MEMBER
Time for a little update - I'm chewing up the plastic grips on my Nambu, having decided that making my own from wood is too much trouble. I scratched the heck out of them and painted with various shades of brown, shoe polish, etc. They were smooth to start, and I'm really pleased with how my first attempt at faking wood came out! 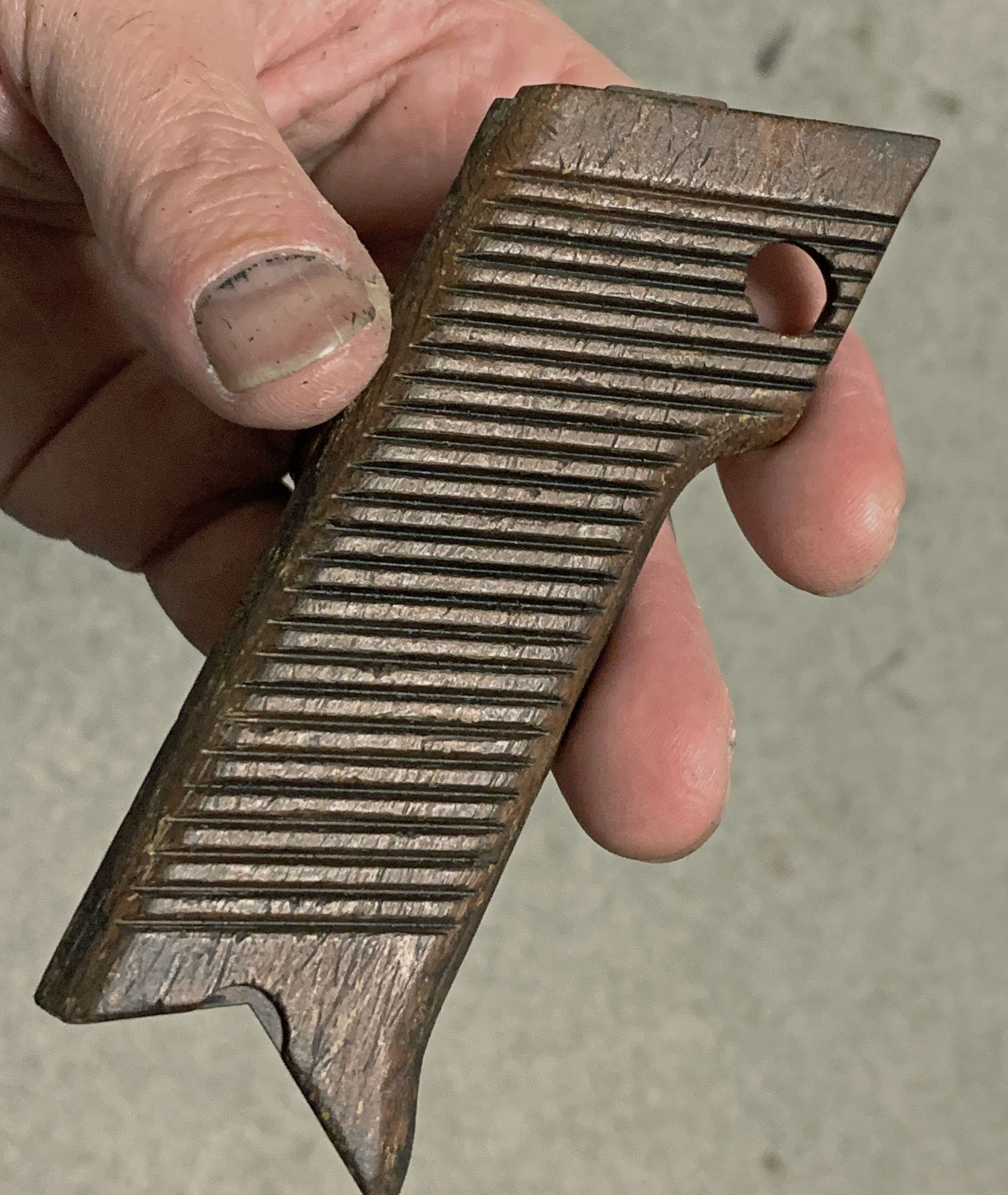 RPF PREMIUM MEMBER
Thanks! I spent a good amount of time studying other wood grips I have and photos of real gun to get it right. You can't see it in the photo, but the various polish applications add some sheen variation too, it really catches the light like old wood.

Yet Another Field Marshal E11 Build.