I've noticed something on the P1 neckring when watching the behind the scenes documentary "If It Bleeds..." on the DVD set that I haven't seen anybody replicate, which is that it seems that it is done in a "every second raised hose is missing" kind of deal, if that makes sense, where everybody is just making them without that gap between the raised parts. So, raised, depression, raised, depression would be the way to go.

These are some of the better images that show what I observed - that there is a definite distance between the raised areas where it isn't squeased together, suggesting that it is recessed, raised, recessed, raised and so forth. Maybe I'm just seeing things, but I think I noticed it the last time I watched the extra features on the DVD in the *If It Bleeds...* documentary. Also, the P2 neck ring has gold accents on every other raised area, again suggesting that there are spaces between the raised areas - sure, they could just have painted that on every other raised area on purpose. I only have one fairly good P2 picture of that, so not much reference there.

It's tricky with pictures, but think of it this way: it's like when looking into the inside of a open ended mold - it appears as a regular front facing cast to some, only mirrored, but occassionally you realize that it is in fact facing away, not towards you. Simple trick of how it is perceived. Having looked at Vader face mask molds for a while now it is getting clearer to distinguis the difference between raised and recessed - where both may appear raised in a picture.

Sure, I may just be seeing things, but is there anyone here on the board who's worked on or seen the real P1 ones up close to be able to verify or debunk what I think I'm seeing?

Good eye man.It has been done though
Lee makes an accurate P1 neckring. 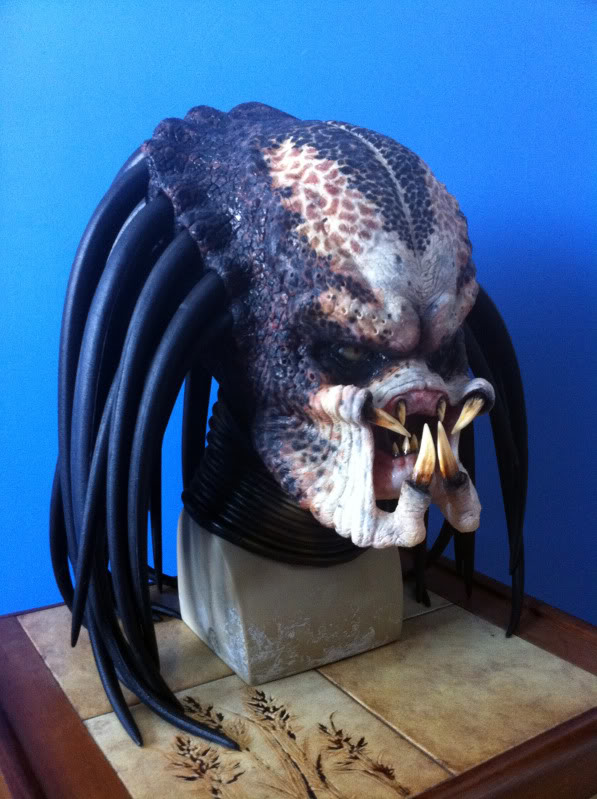 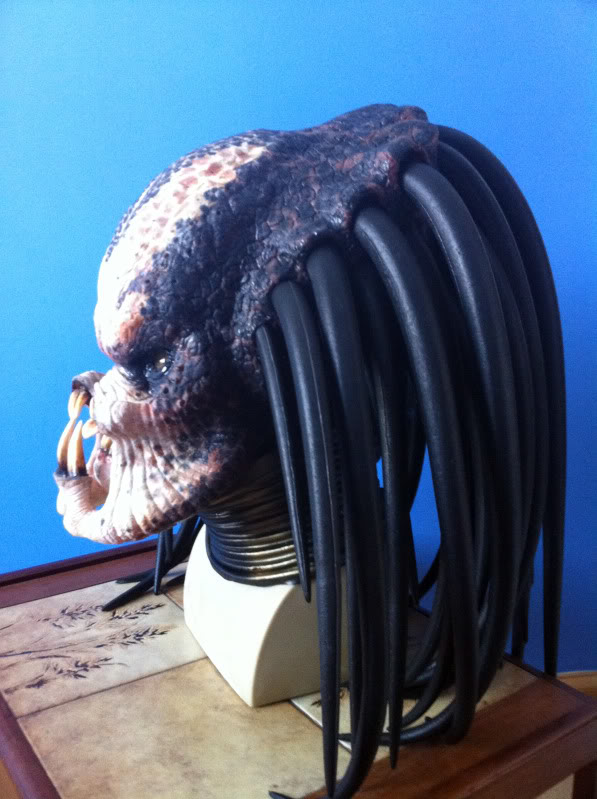 Nice that I may not just be seeing things.

The Lee one just looks a little bulky to me.
U

And mine looks alittle bulky in that picture as it was not cut yet.

You may also want to observe that the neck ring does not taper in one direction, it narrows in the middle and gets wider at top and bottom.

Oh and pretty much everyone neglects the gold hues on it.

Well, isn't the narrow part in the middle simple explained by the bend pushing the ribs together, whereas they are more stretched apart on the more straight top and bottom. at least that's what I would expect from a ribbed ring with gaps between the rings, like you see on suspension rings when pushed together, or on ribbed rubber hose when bent.

What I mean by bulky is that the ribs look rather large, as if they have a larger circumference than those on the original.

And yes... the gold hues predominently seen in the extra features material but barely seen in the movie, to accentuate the ribbed nature of the neck ring - sorta like Vader's two-tone paint scheme, I'd imagine: not to be seen, but to make shapes more clear on screen.
U

2 neck rings as in there were 2 , one sculpted on the suit and then one that overlapped on the mask.

And the necking IS narrower in the middle, it's clearly seen in a picture of kph suited up but mask less , I can not link from my phone but it's here on the lair and the reference I used.

What Lee said re: two neck rings, both sort of interlocking.

Didn't know you sold neckrings, Lee. I've been looking for something more accurate to cinch over my molded one. May have to hit you up for one.

Re: the "gold," that always looked like tan dust / weathering to me, which I planned to do. Does it look gold to you guys?
U

I have 2 really good photos of the necking shape/colour and showing the 2 rings.

They are on here though somewhere like most stuff hehe.

And slave , np shout me if needed. 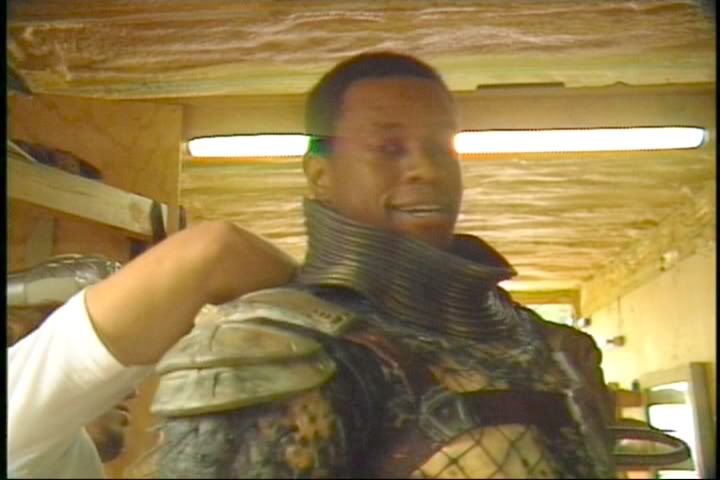 Shows that neckring being pretty big. Has to be to get it around that bull neck of a mask.

Can't really tell anything definitive about the color one way or another, though.

They didn't pull the neck ring over the mask...the mask was put on last.


On the 2nd and 3rd pics you can clearly see the gold stripes on the neck ring. Here's a few pics that Lee was talking about: 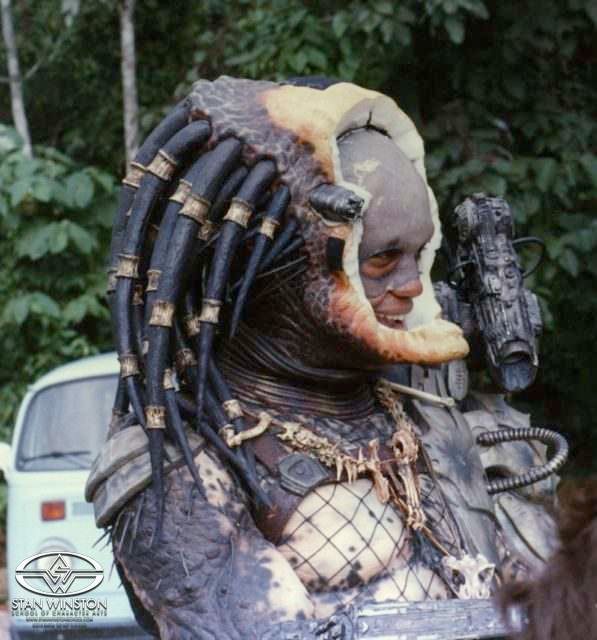 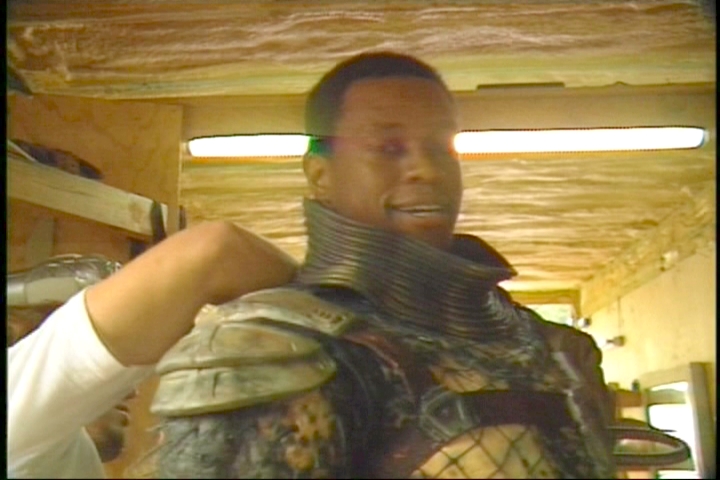 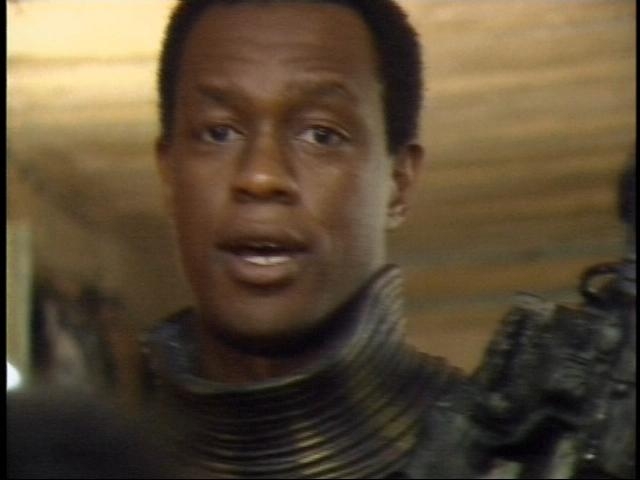 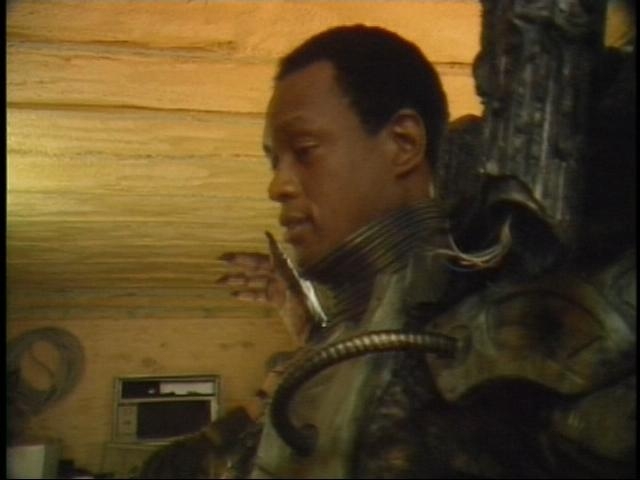 Those pics convince me there's a metallic tint to it; thanks Jason!

Still hard for me to decide if it's straight gold, though, or if it has a bit of green to it. It seems to match some of the tinting on the armor.

There's a slight hint of green all throughout the armor...it's wild to see it in some pics but not in others

Something I've noted is that the colors of the gauntlets don't match the armor, and neither do the pack and cannon, though people usually paint them up the same.

I'll tell you, I've been studying this stuff so much lately, I'm going to be sick of looking at Predators before I'm done with my display . . .

I've studied it for years and I still can't come to a conclusion regarding the paint. Some photos it looks silver, some it looks green, it all depends on the lighting. I swear, they painted that armor with chameleon color changing paint!!!

It's definitely the lighting that throws things. The same thing is true of the Boba Fett suit. They had a lot of blue gel or something going on when they did ESB, so people naturally thought his armor was blue gray and not green.

Yep, you can tell the top two pics you posted are of the same suit by the little tells, and yet the interior shots make it look so much more green than the exterior shot. So strange to what degree the lighting plays a role.

Another example of bizarro color is in the original Planet of the Apes gorilla vests. Everyone thinks they are black, but to film them properly, they airbrushed the leather with a weird purple silver blue and brown. To replicate the color, I ended up buying one of the background suits because I couldn't afford the hero suit, just so I could see the color in person.

The AT-AT pilots in ESB are actually gray, and not white, the theory being that maybe they were painted that way because of the intense light thrown on them, they would be a white blot.
U

This post has nothing to do with the observation of the neck ring ... damn doesn't KPH look awesome.