The original Predator film producer, Joel Silver, had me repair this Predator stunt mask for him from the film. It was in terrible shape when I got it, rotting and falling apart. I did what I could to restore it - Funny enough, back in the 80s Stan Winston was busy on Aliens in the UK so he recommended me to Joel Silver to do the Predator after there was trouble with the suit that Boss Films was creating. At that time, the film was called The Hunter. I was already busy working on several film projects and Joel sounded crazy upset about the whole situation at Boss. I decided not to do it. Joel went back to Stan and convinced him to do the project. Another funny thing was that #SteveWang was working for me at the time. Steve later ended up at Stan’s and, with Matt Rose, begin sculpting/designing the Predator until Stan Winston and crew returned from England. Years later while I was repairing the Predator mask for Joel Silver he gave me the original Boss films alien suit. It was in awful shape but I kept it for years in storage. When I moved to a new building I, unfortunately, made the decision to throw it away. I regret that. 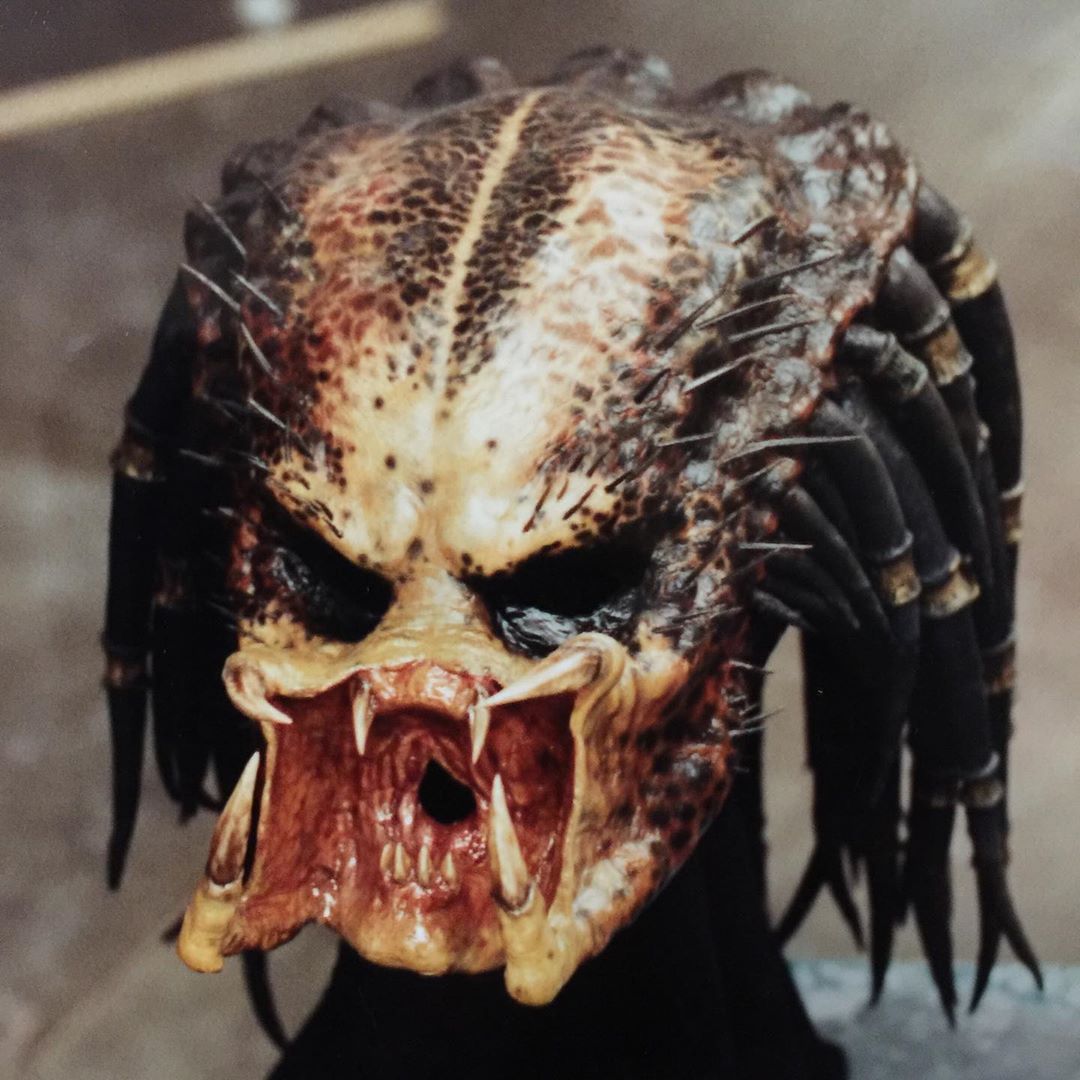 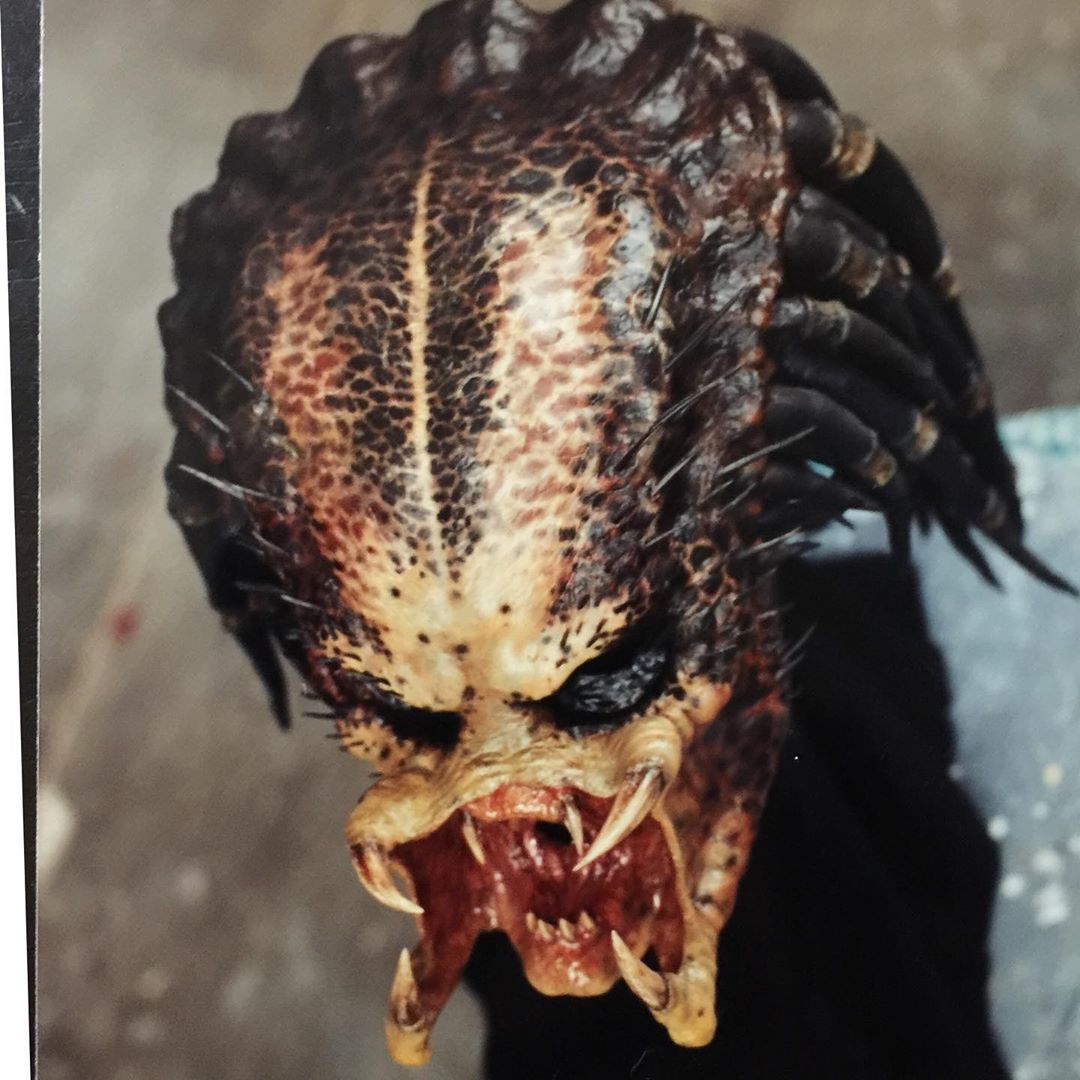 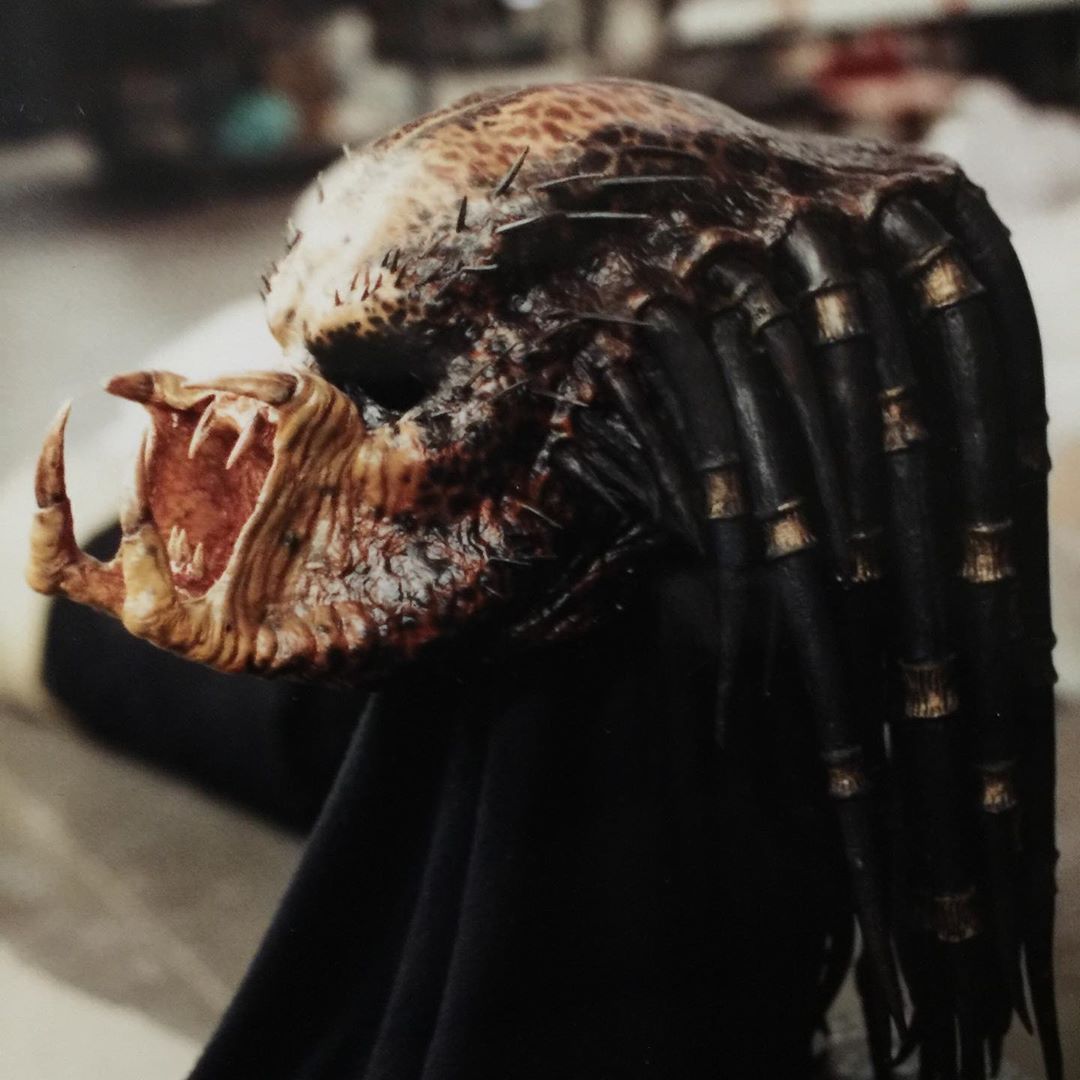 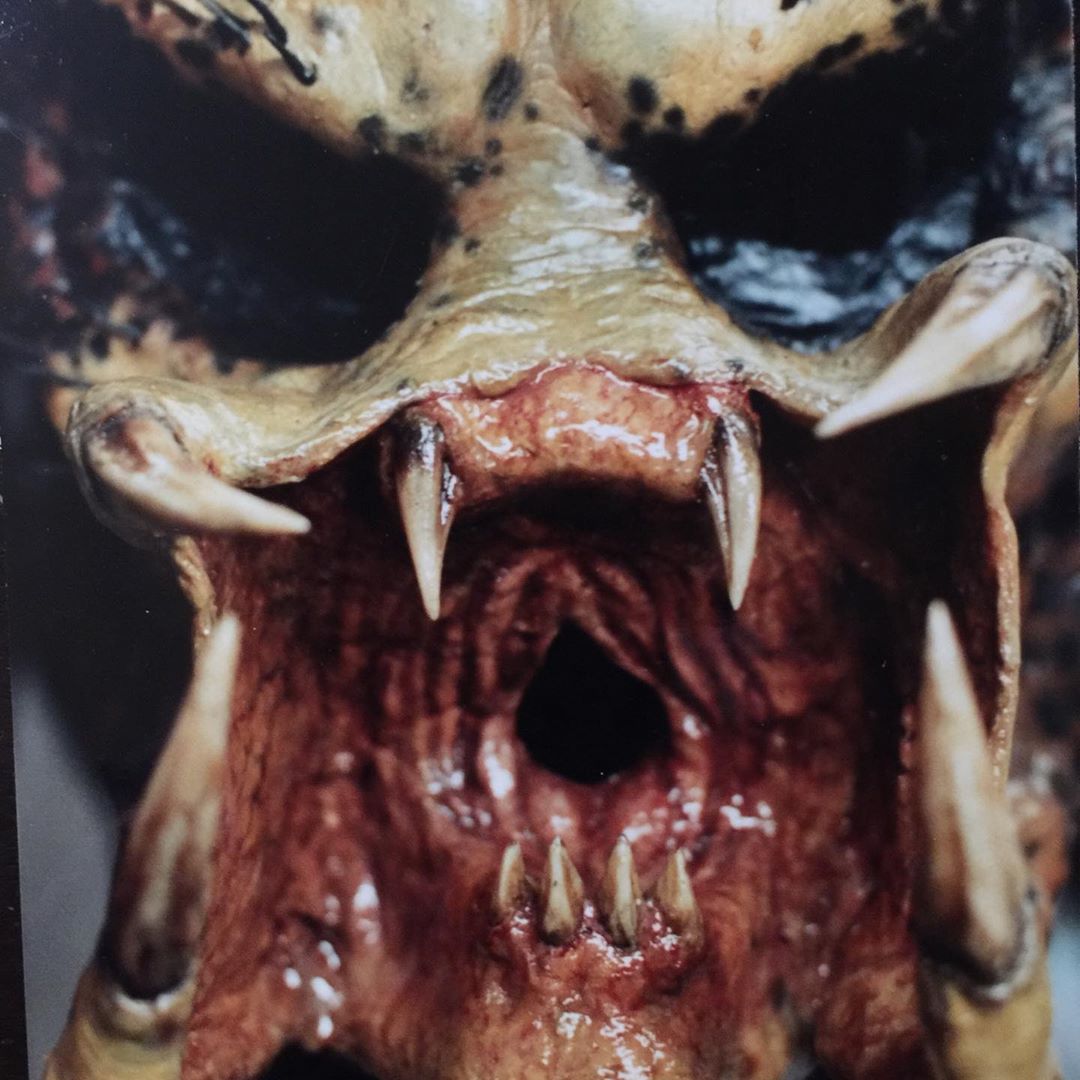 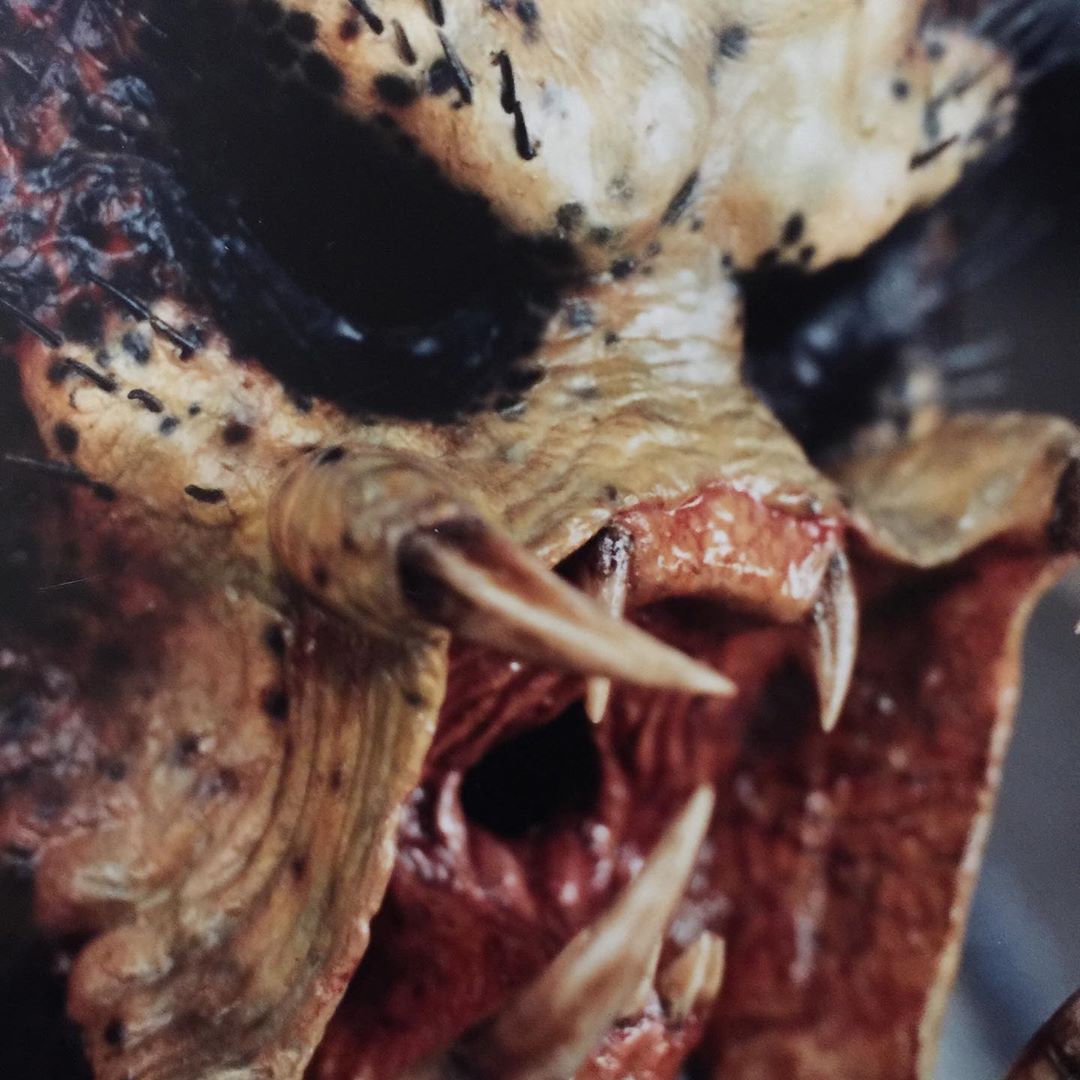 Looking at the spot placement it looks to match this mask photographed in the Winston Effect! I believe it also matches the unmasked one in the garage, but I don’t have a good photo of that.

Mr Mold Maker said:
Looking at the spot placement it looks to match this mask photographed in the Winston Effect! I believe it also matches the unmasked one in the garage, but I don’t have a good photo of that.
Click to expand...

Its the same mask used for the photo shoot, but of course of the repair its had things like extra black spots added to the side. This is the same mask that had the log dropped on it in the film so it had to be extensively repaired. I think Kevin has done a fantastic job on this.