Thought I'd put together a thread for the original design fantasy sword that I built for my final project for my honors degree. The prop was completed in Dec 2021 but I'm only getting around to posting about it now.

I decided that I wanted to create an original design to showcase my abilities, and in order to complement this, I decided to do some world and lore building as well so as to establish the fantasy world that this sword exists within. (If anyone is interested in the lore/worldbuilding I will more than happily post it).

Having created the world for this prop it was time to start sketching some concept designs of what the sword would look like. In the end, I probably did over 35 different sword sketches before I settled on the elements I wanted to include, and could create a final design. 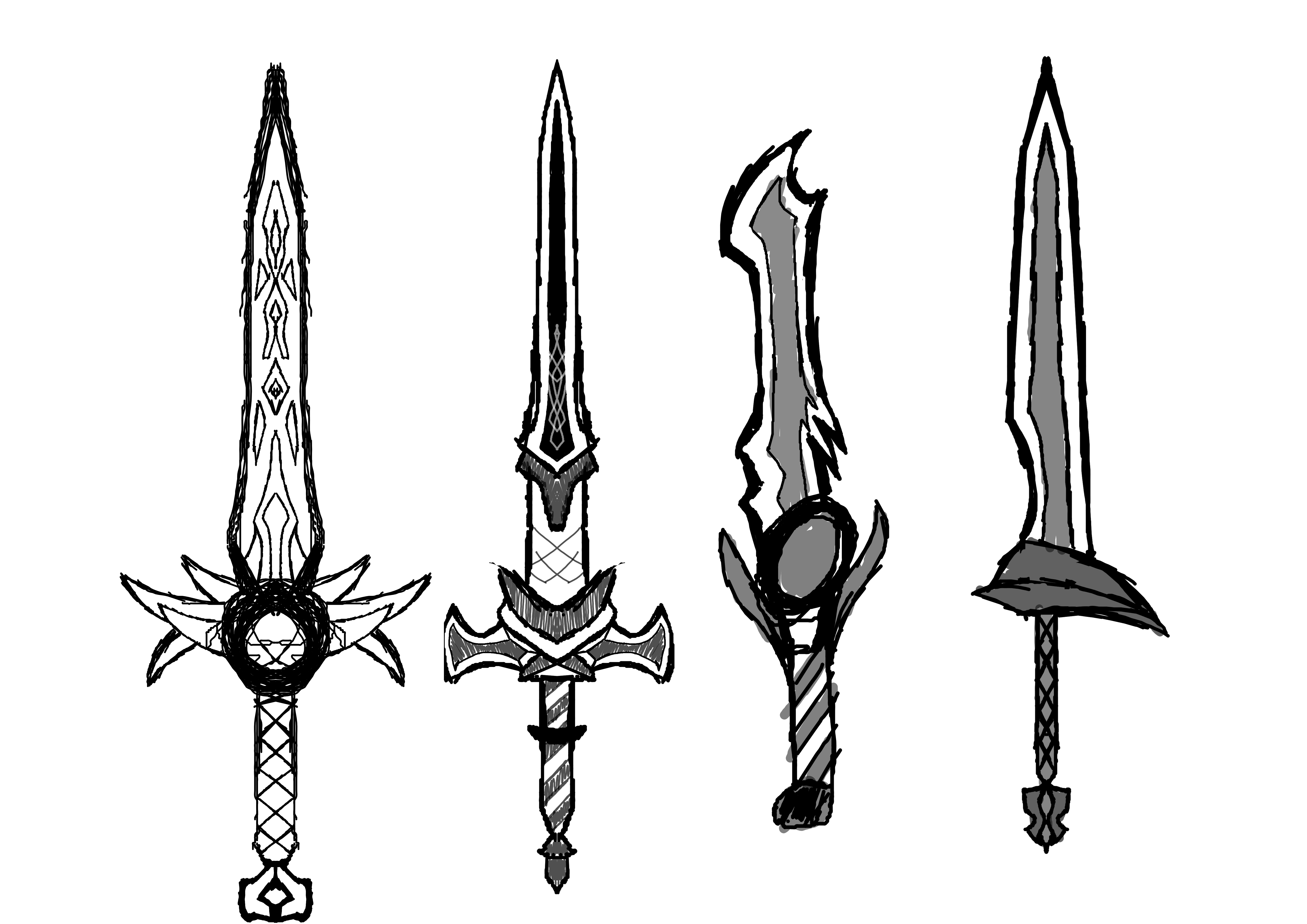 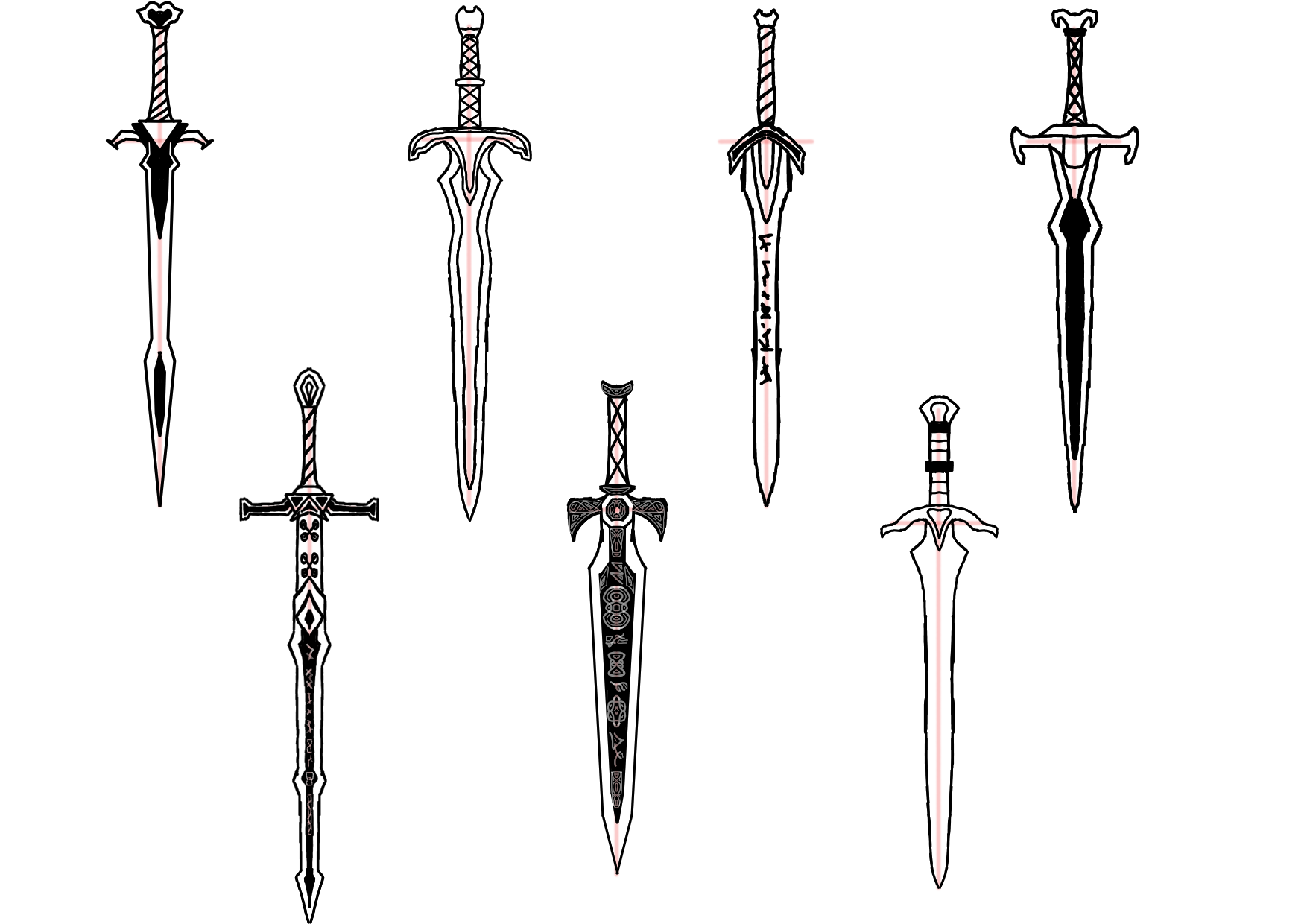 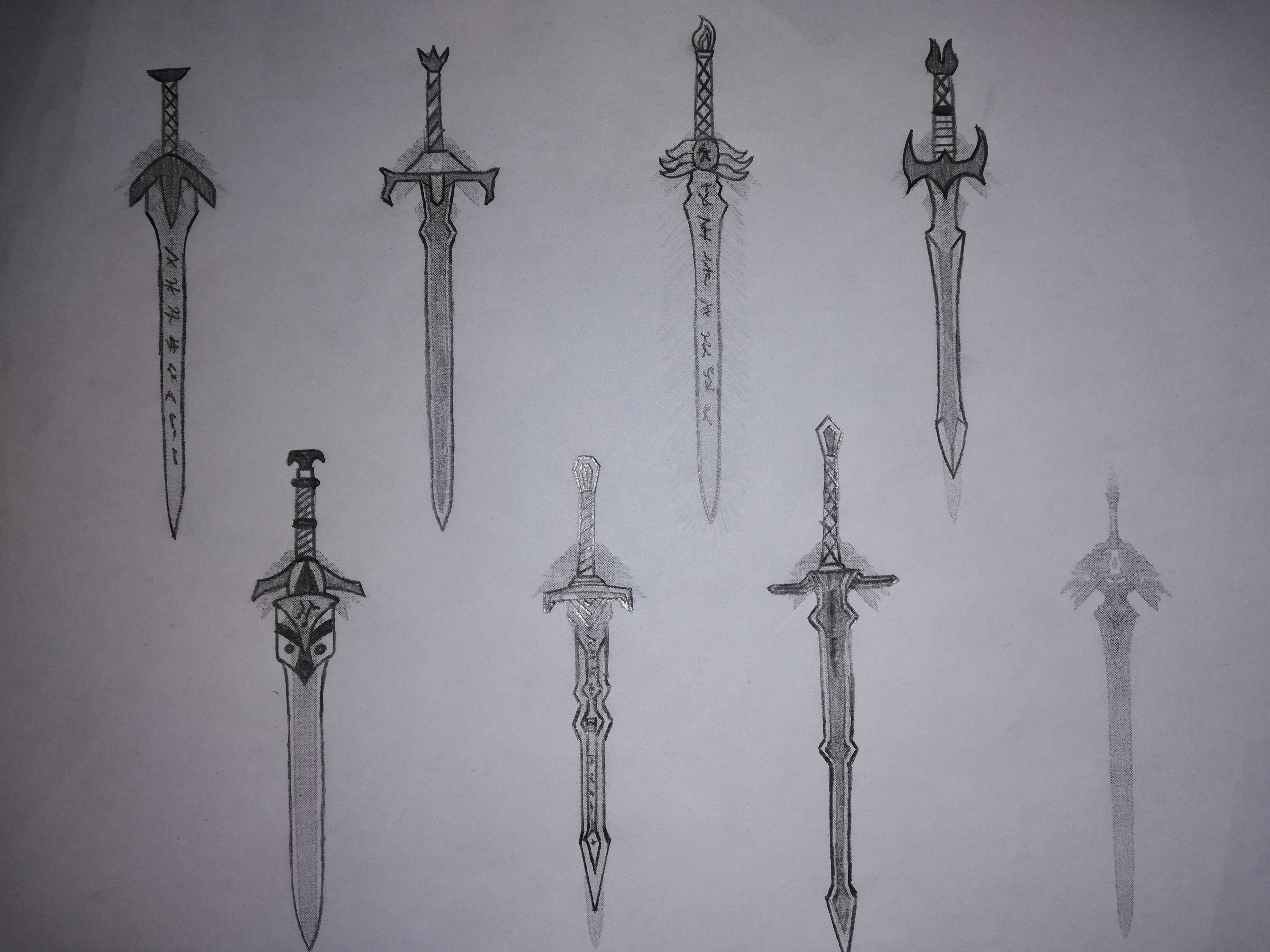 Some of the initial designs 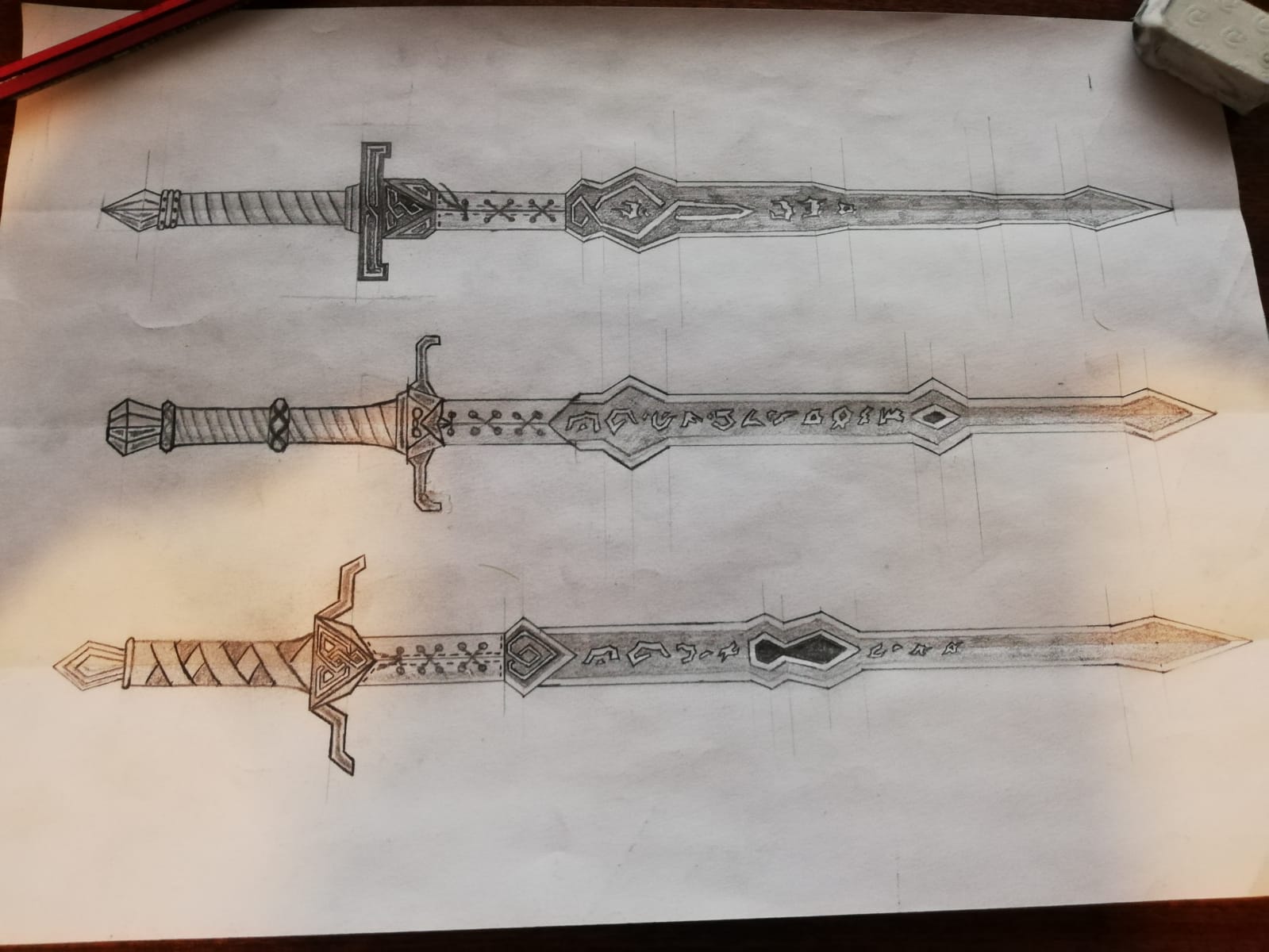 3 Designs that I further refined 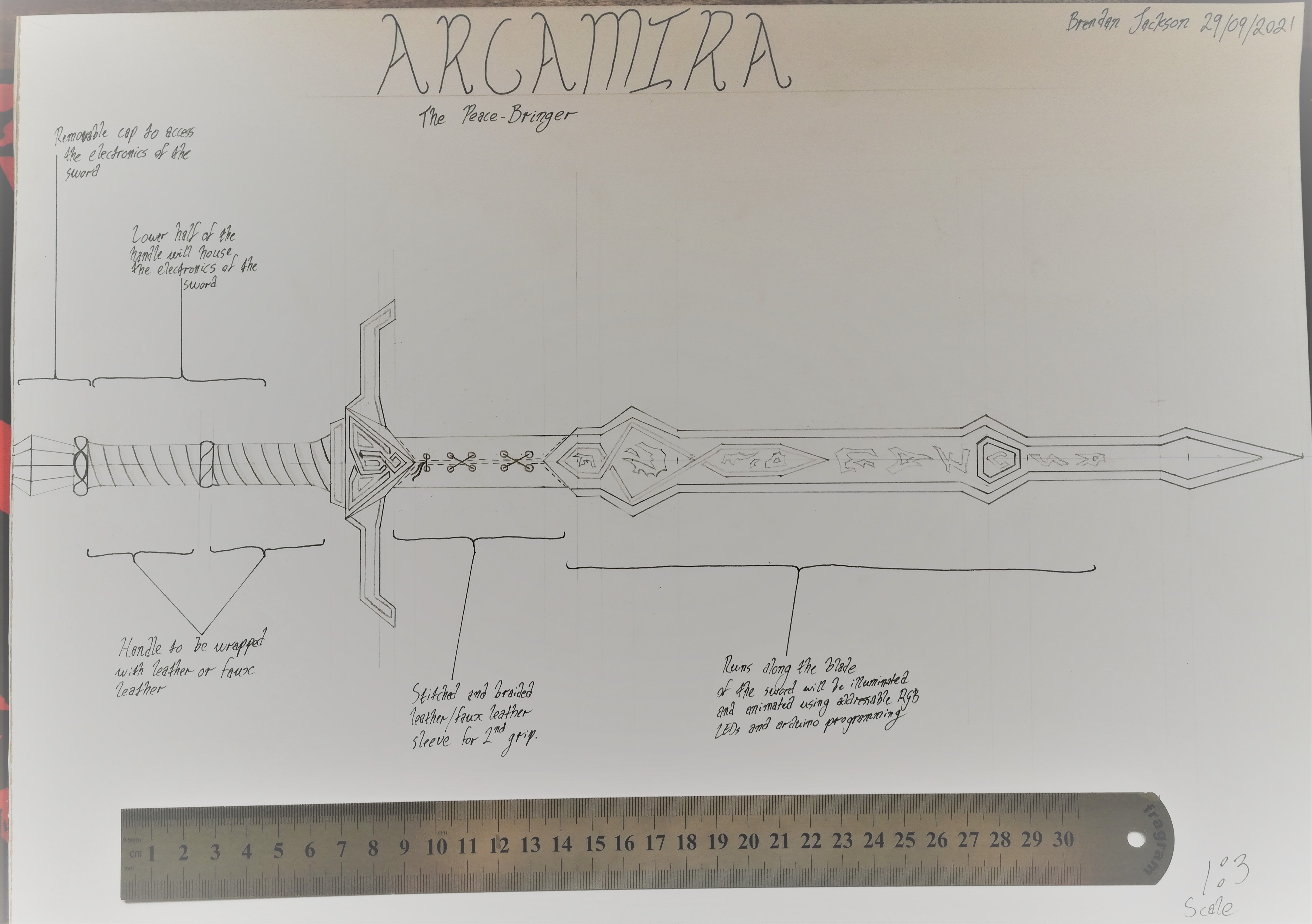 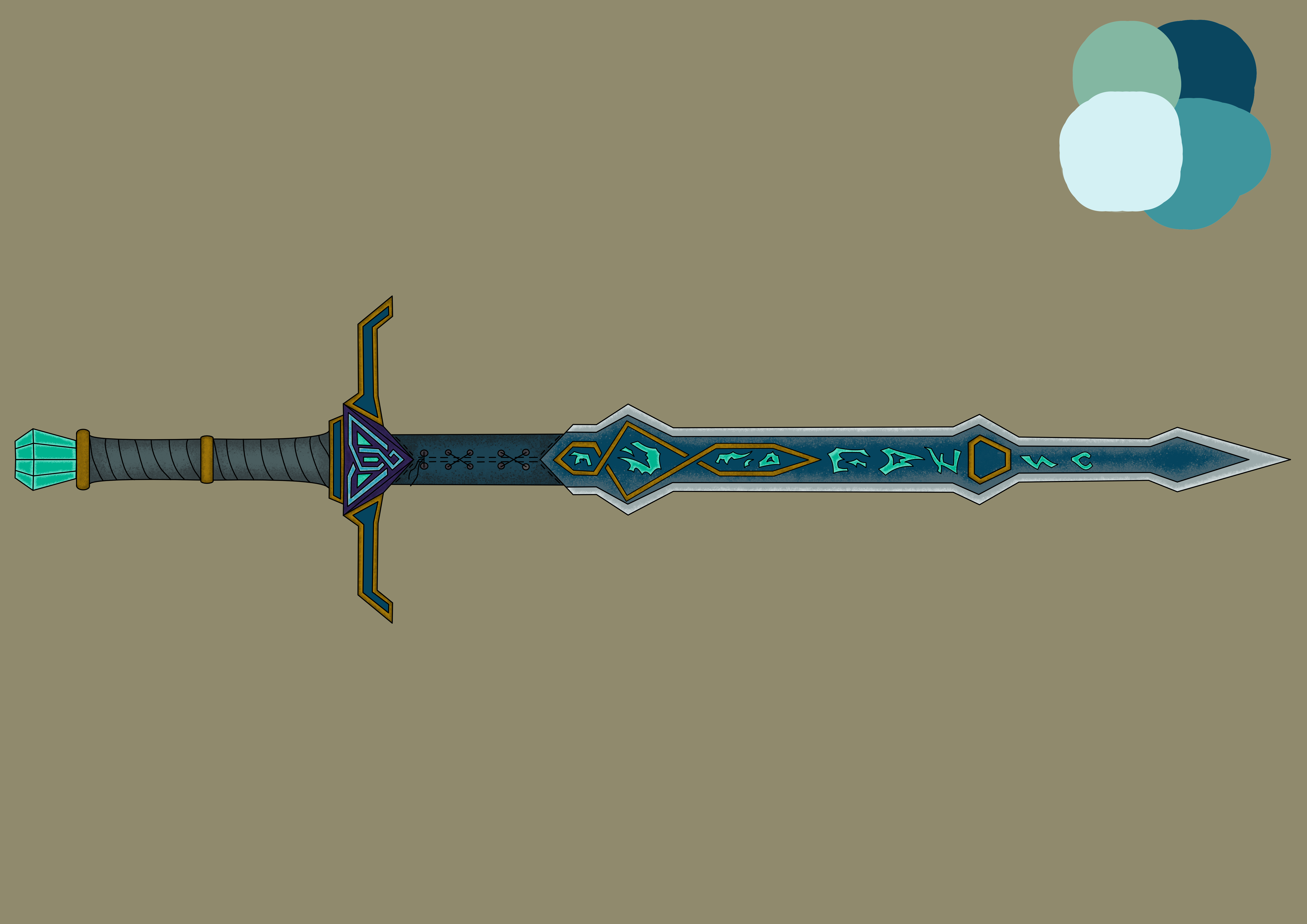 The final design of the sword was inspired by many historical and fictional swords such as the bold geometric shapes of the swords of the dwarves of Erebor in Peter Jackson's adaptation of The Hobbit, and the handle part above the crossguard by the Scottish claymore and the German zweihander swords.

I decided that the majority of the sword would be 3D printed so I got to work using Blender to model up the sword. I made separate models for the crossguard, pommel, handle and blade. The blade was modeled in 2 pieces so that I could insert ARGB LED lights into the blade. 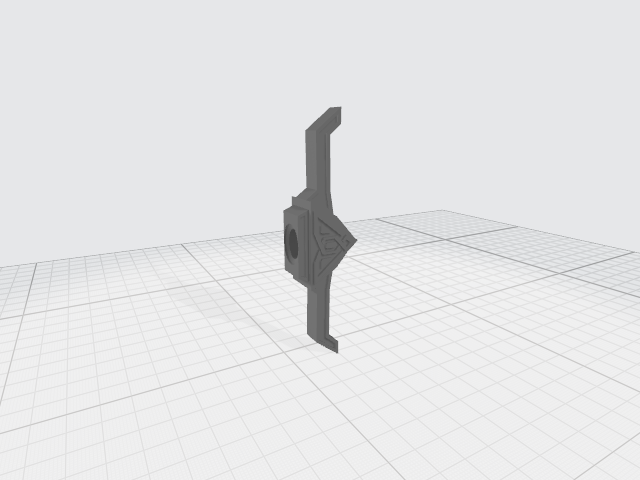 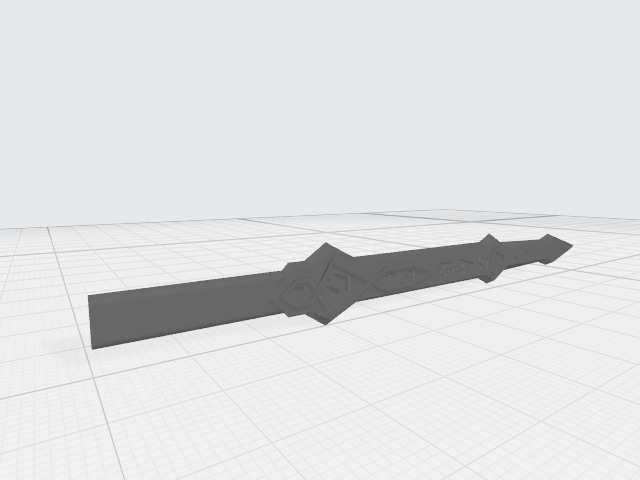 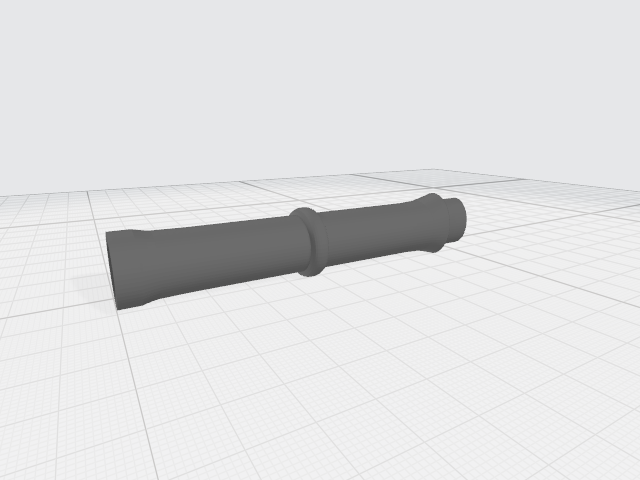 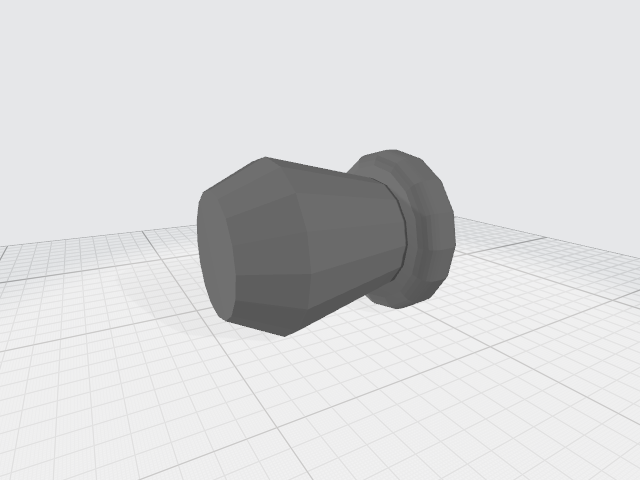 The pieces were all printed using PLA. I assembled the pieces using some CA glue and then any gaps were filled with wood filler and sanded along with the rest of the sword. The LEDs were glued to a piece of acrylic that I sandwiched between the 2 blade halves before I glued them together. 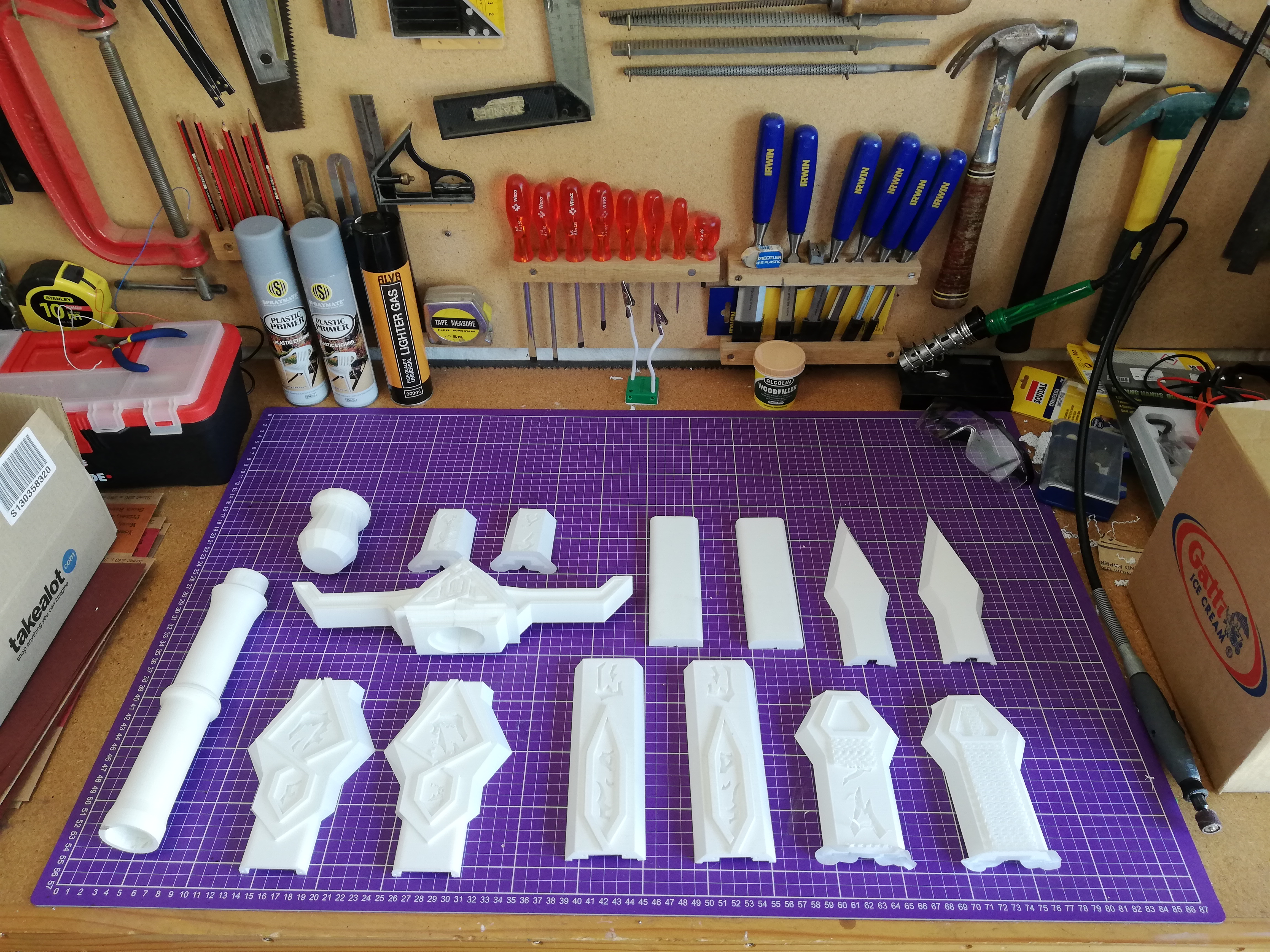 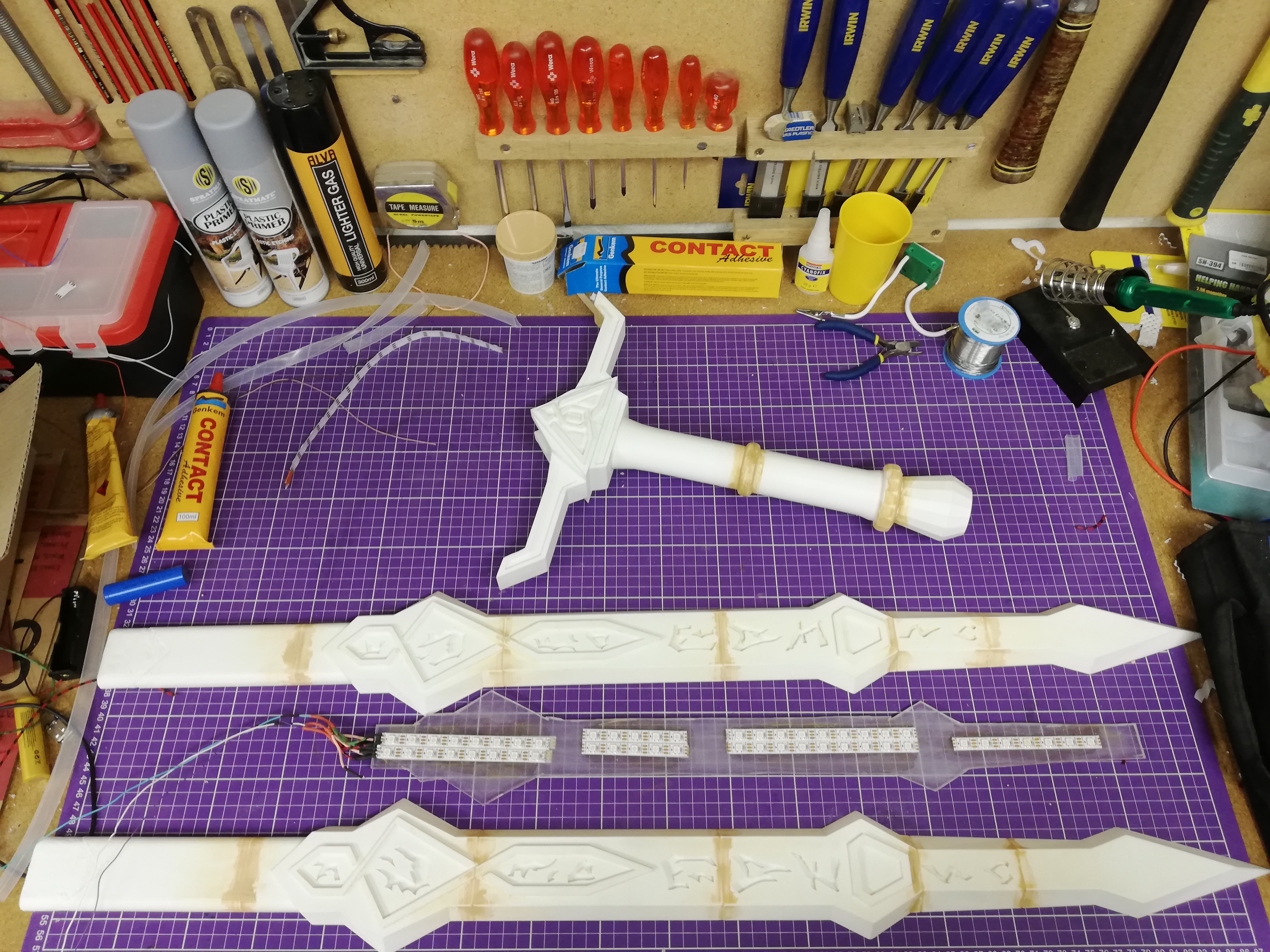 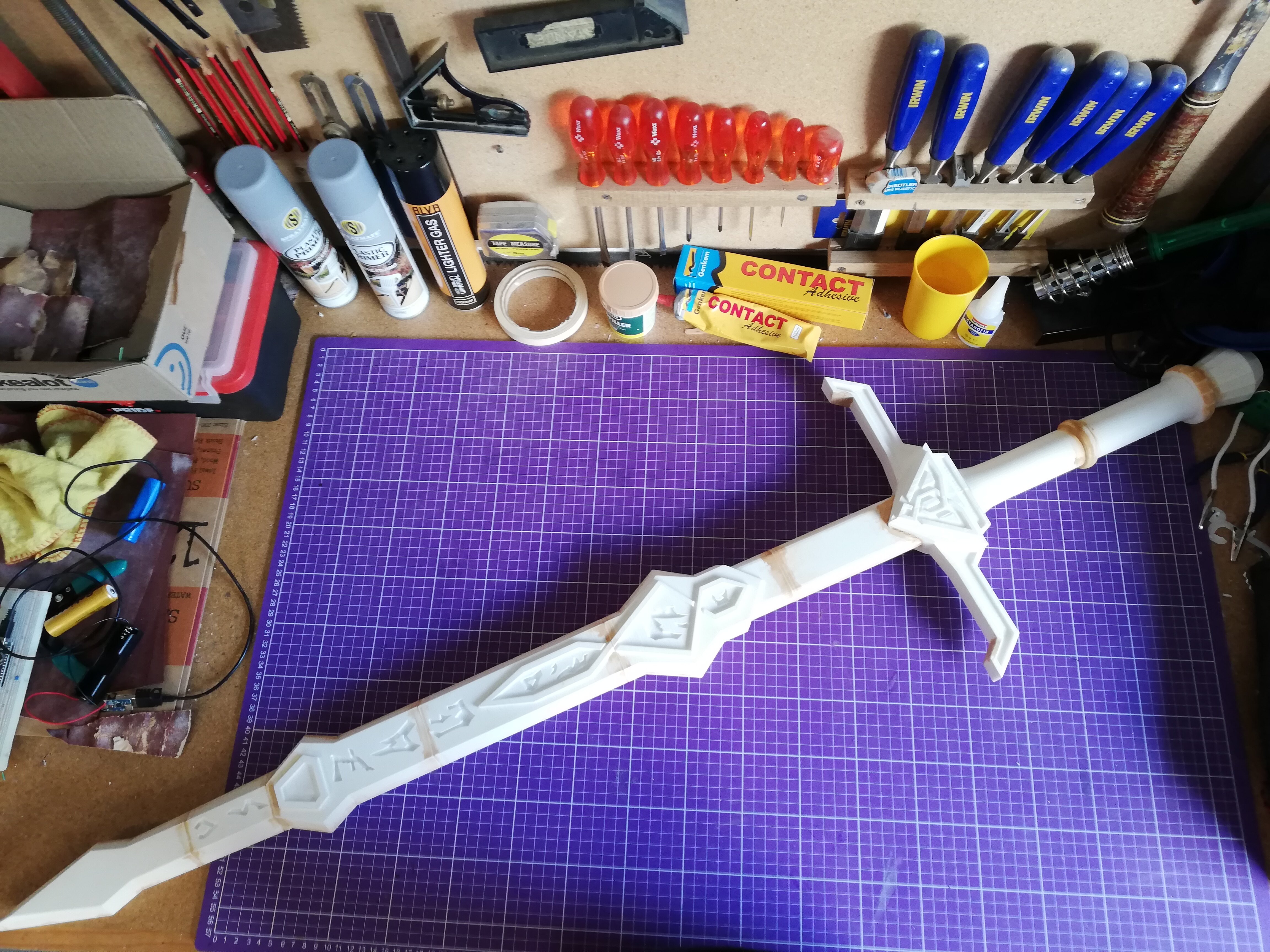 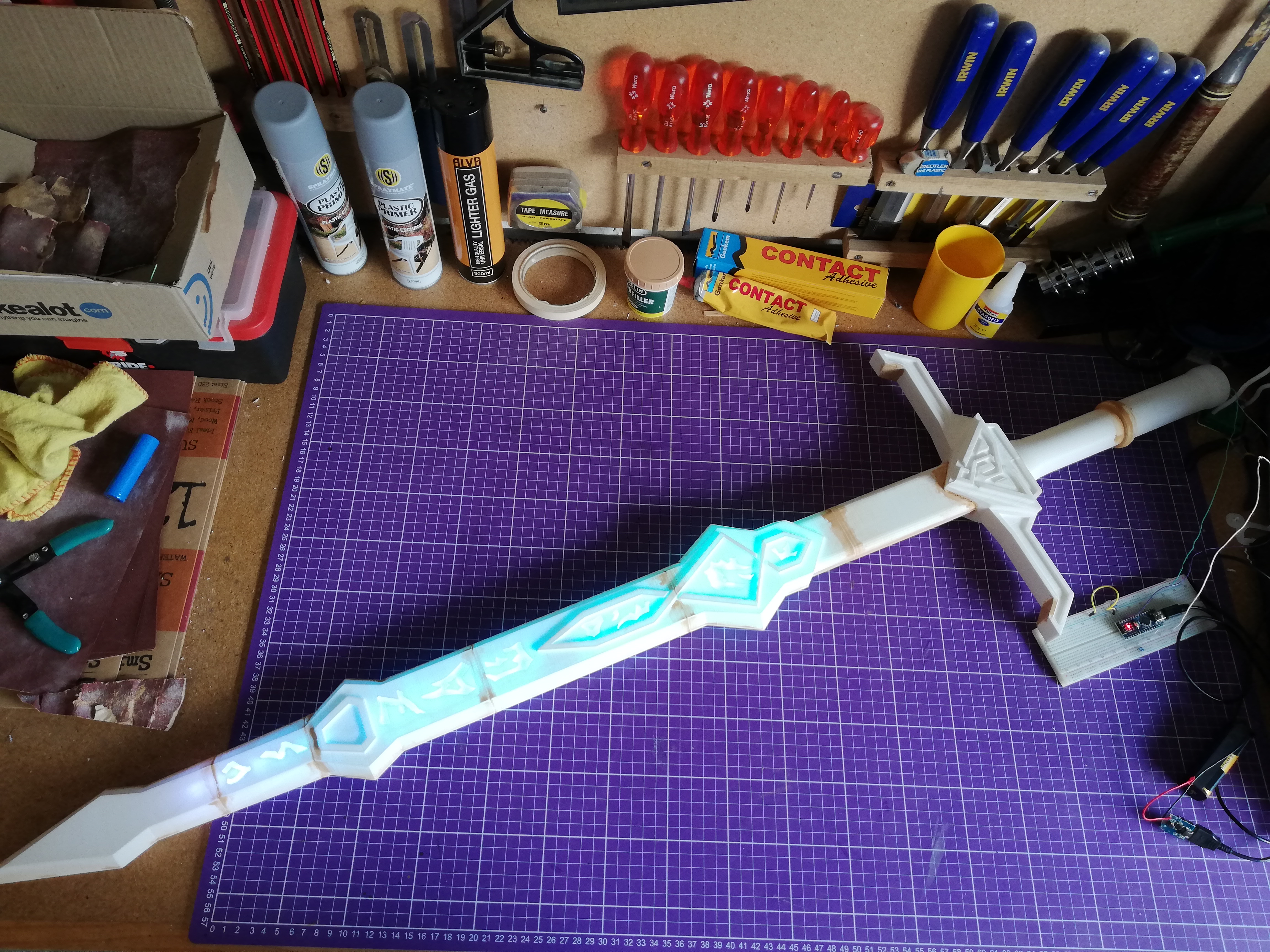 For the lights I used some WS2812 ARGB LED strips and an Arduino Nano to control the light animations. The lights and Arduino were powered by a 3.7V 18650 Lithium battery running through a powerbank circuit so as to provide 5V, as well as provide a method of charging. The electronics were all housed within the handle and the pommel was removable in order to access the electronics if need be.

After this it was time for priming and painting. I masked the runes on the blade where the light would shine through with some Prestik/ Blue tack so that no paint would get in there. I then applied several layers of grey plastic primer, some base coats of black spray paint, and then began handpainting the rest of the details on the sword. I weather the blade with some black and brown acrylic paints and then applied some clear spray varnish to lock in all the paint. 2 sections of the handle required some faux leather as well as 1 section on the blade with some eyelets and leather cord. These faux leather parts were also weathered. And with that the sword was finished. 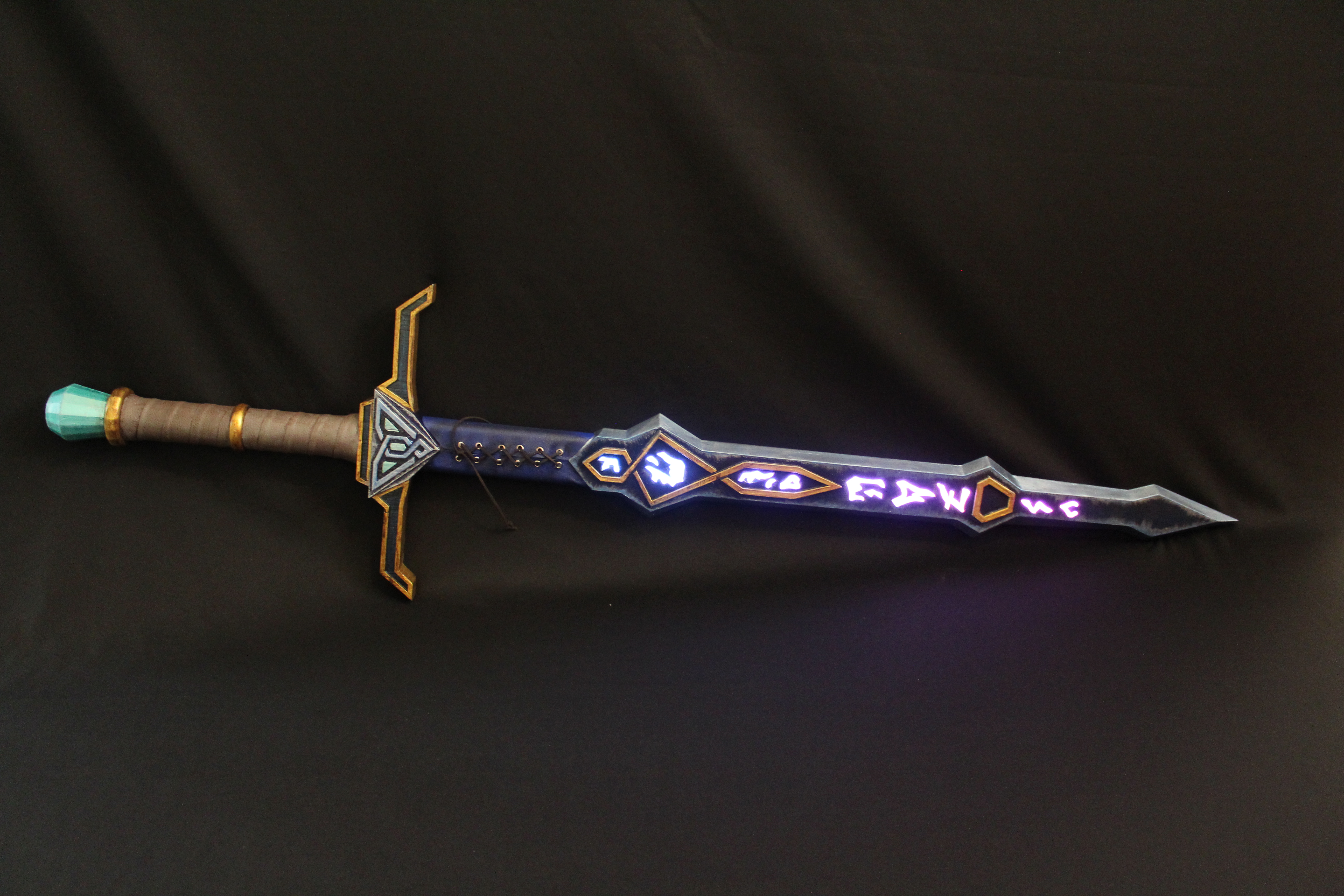 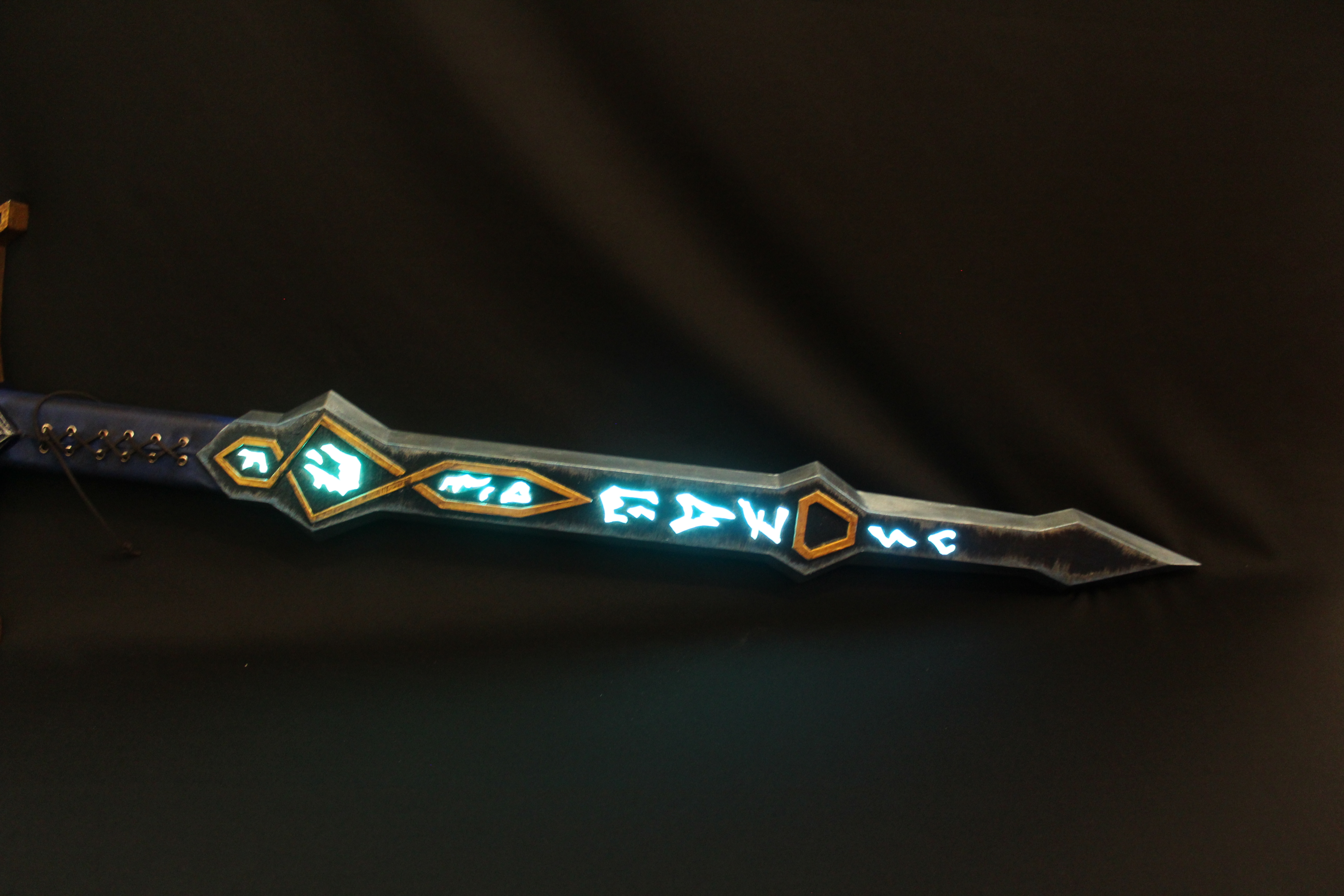 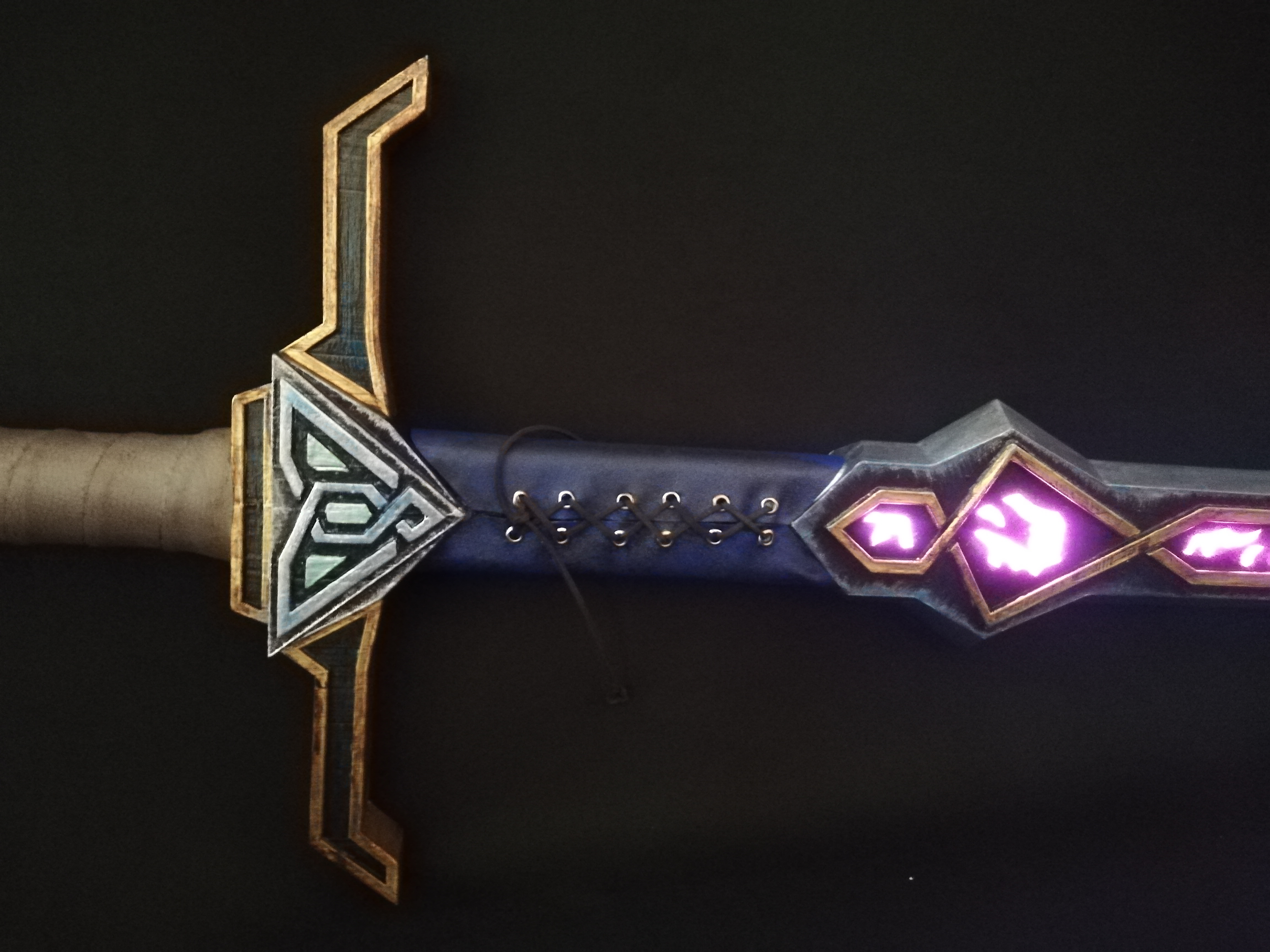 I also put together a behind-the-scenes and making of video which can be found below:

Thank you for checking this out and let me know what you think of the fantasy sword prop.

Today at 1:36 PM
BlasterMaster
B