Well as a long time member even I had trouble finding an answer to my question and searched and searched. Maybe you all can educate me!

Is there a thread already where Old Obi Wan’s costume is broken down and discussed in detail?


Any advice is greatly appreciated!

Hey Indy, I have been on the hunt for the proper fabric for this for a long time myself. After some digging, I found this over at the Rebel Legion forums. Rebel Legion :: View topic - ANH Old 'Ben' Obi Wan Kenobi Costume Fabric with Darns , if you scroll to the bottom there is a link to another build as well. Hope this helps.

The outer wool robe was made from brown military surplus wool blankets if I'm remembering correctly. Trisha Biggar mentioned that tidbit when talking about her designs for the prequel Obi-Wan costumes and referencing the original Ben Kenobi costume by John Mollo. In fact she said that they still had the selvage markings on them which showed that they were from WWII.

For a modern equivalent that you wouldn't have to dye you could look for brown wool coating fabric or even wool melton.

The brown shirt has sleeve plackets with the closure sewn to hide the buttons (which were likely on the inside), and s mandarin styled collar with a hook and eye closure on the right side of the neck.

The inner robes are made of a hand woven raw silk fabric and is hard to source and very expensive. King Textiles in Canada at one point offered a very similar fabric in a nearly identical weave but I'm not sure they offer it anymore and even when they did they didn't ship outside the country.

This is an identical fabric in weight and weave to the real silk fabric but made from 100% cotton and can be dyed any color you choose. Plus it's much, much more affordable.

The boots were 14L Campus Boots by Frye in a Tannish Brown. These pictures are of a vintage pair I owned a few years ago. They were made in the 1970's so would have been correct for the era for the production in 1976. The only major difference is that the screen used boots in ANH had black Vibram soles. The boots used in ESB, ROTJ and the ones currently in the Lucasfilm archives have the sole like the vintage pair shown below. 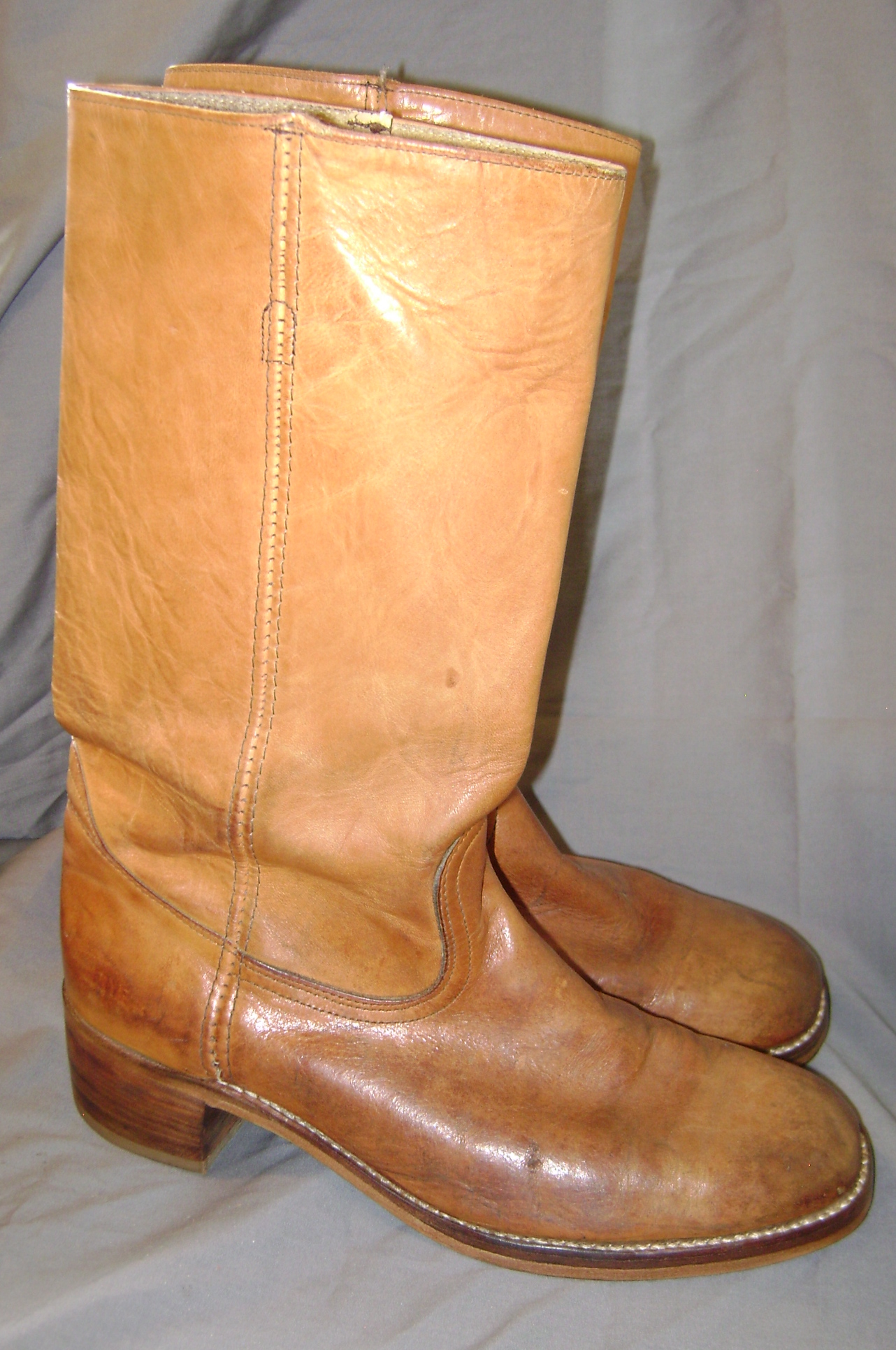 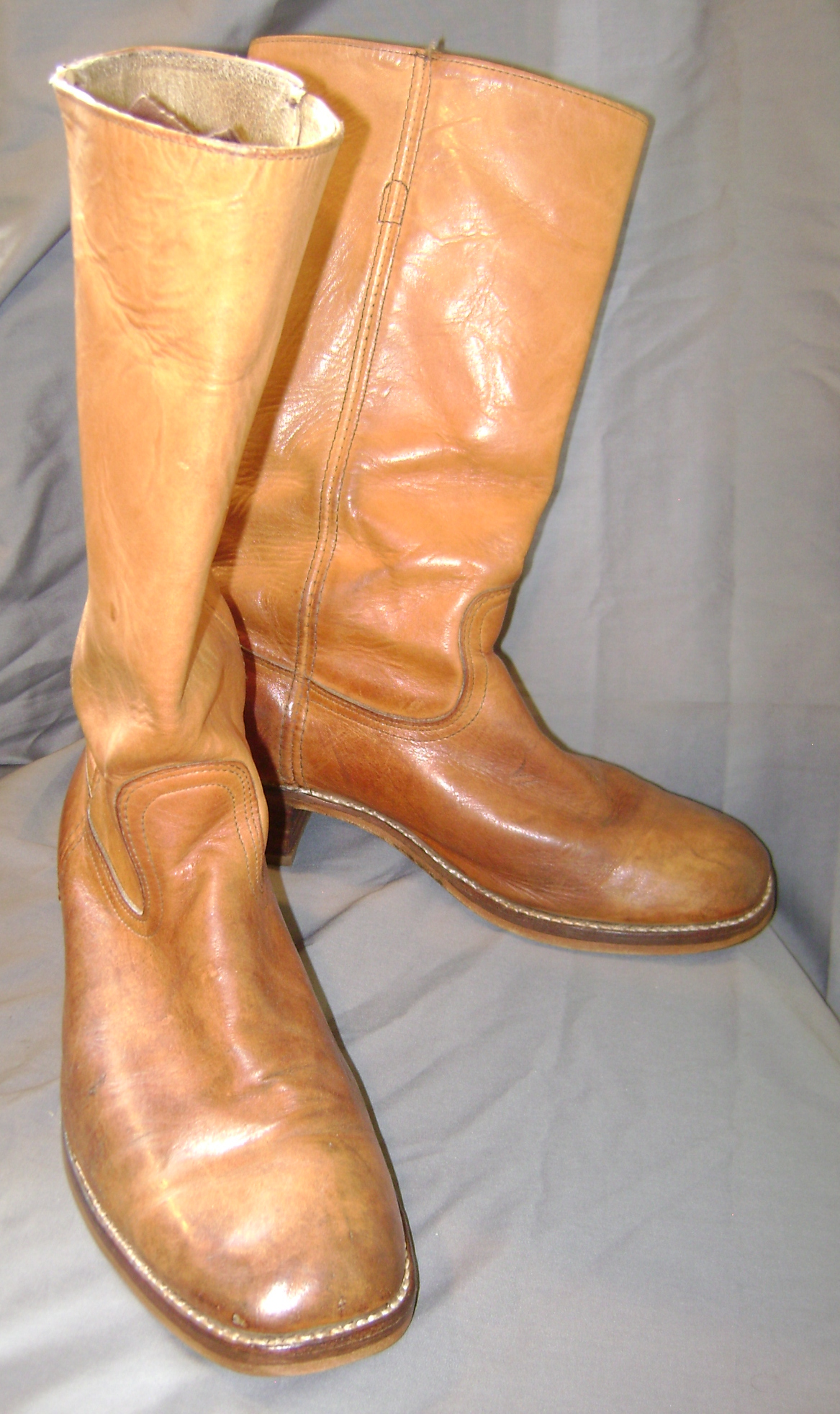 Here are some shots of the screen used belt and pouch (which in fact is not a pouch at all) but a piece of leather cut to look like one: These were kindly provided to me by the curator of The Power of Costume exhibit that toured a few years ago. 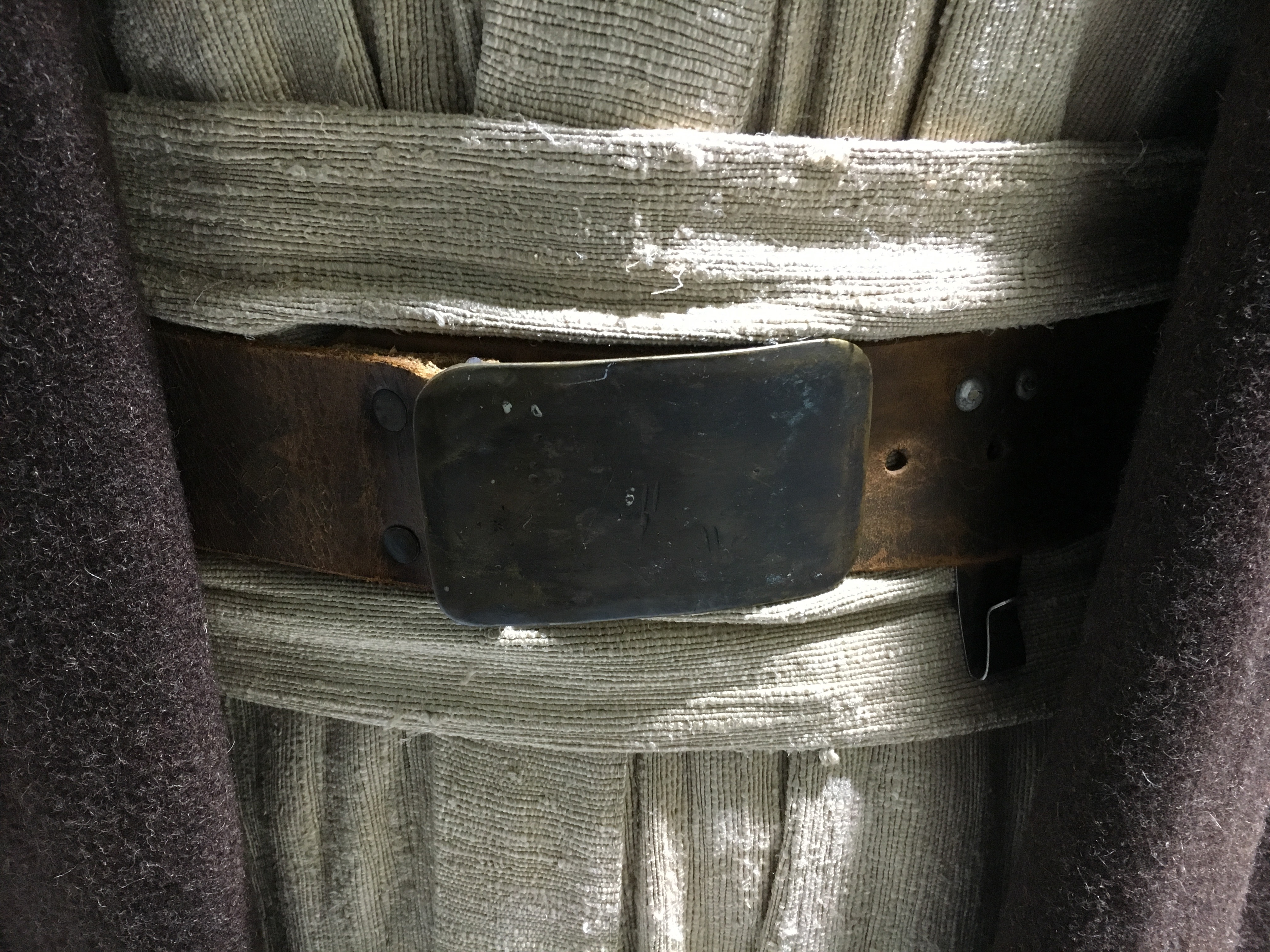 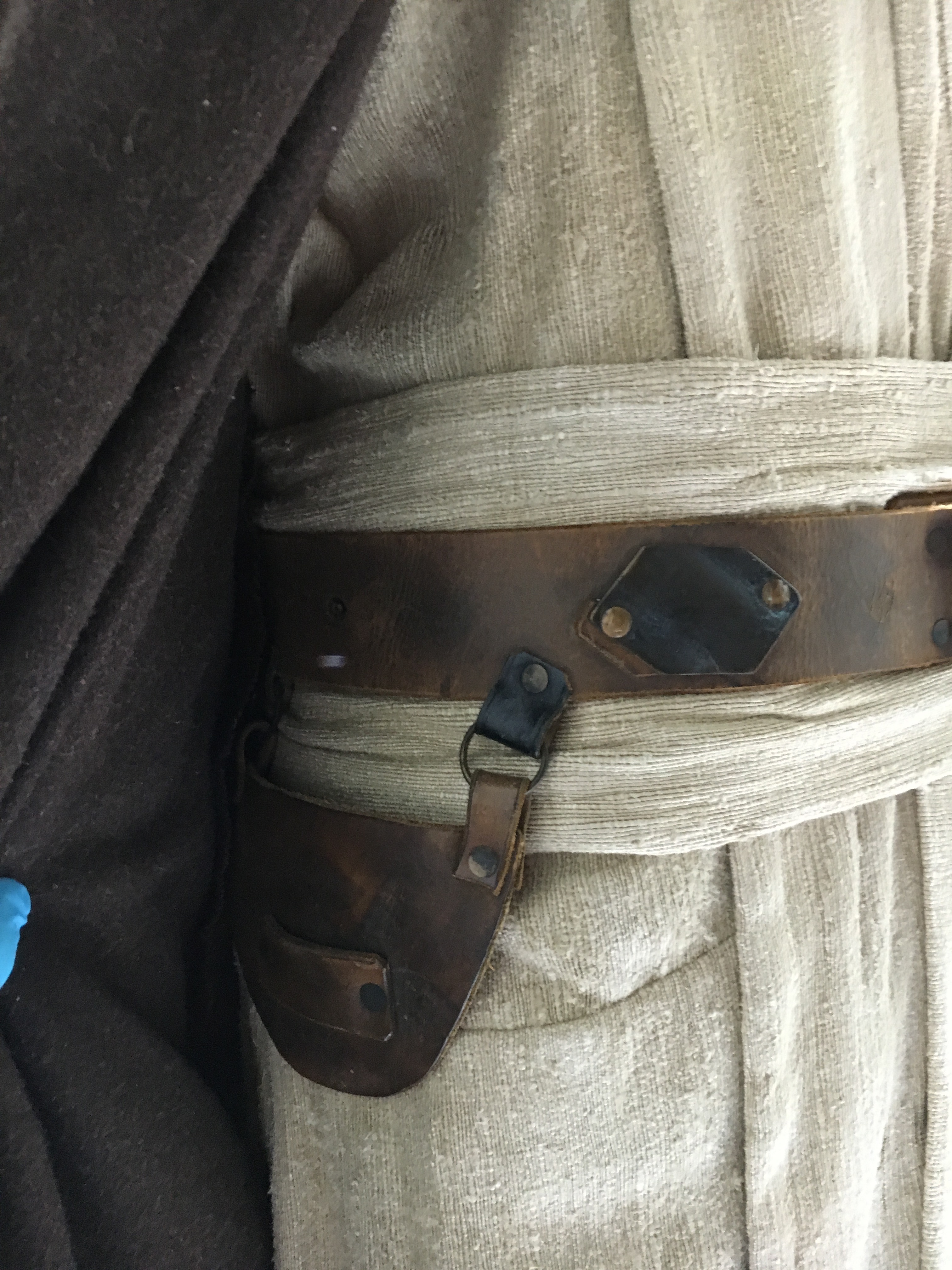 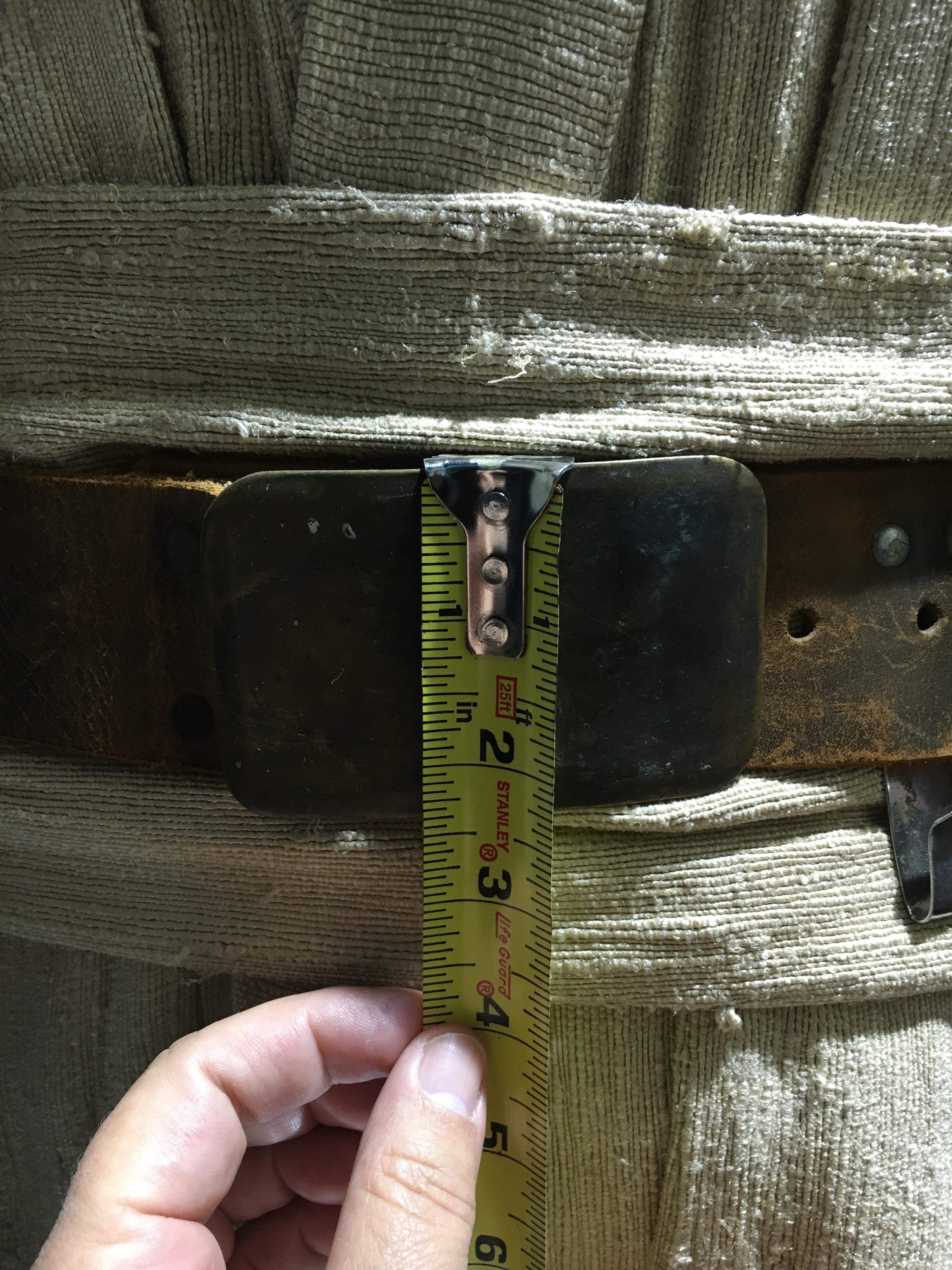 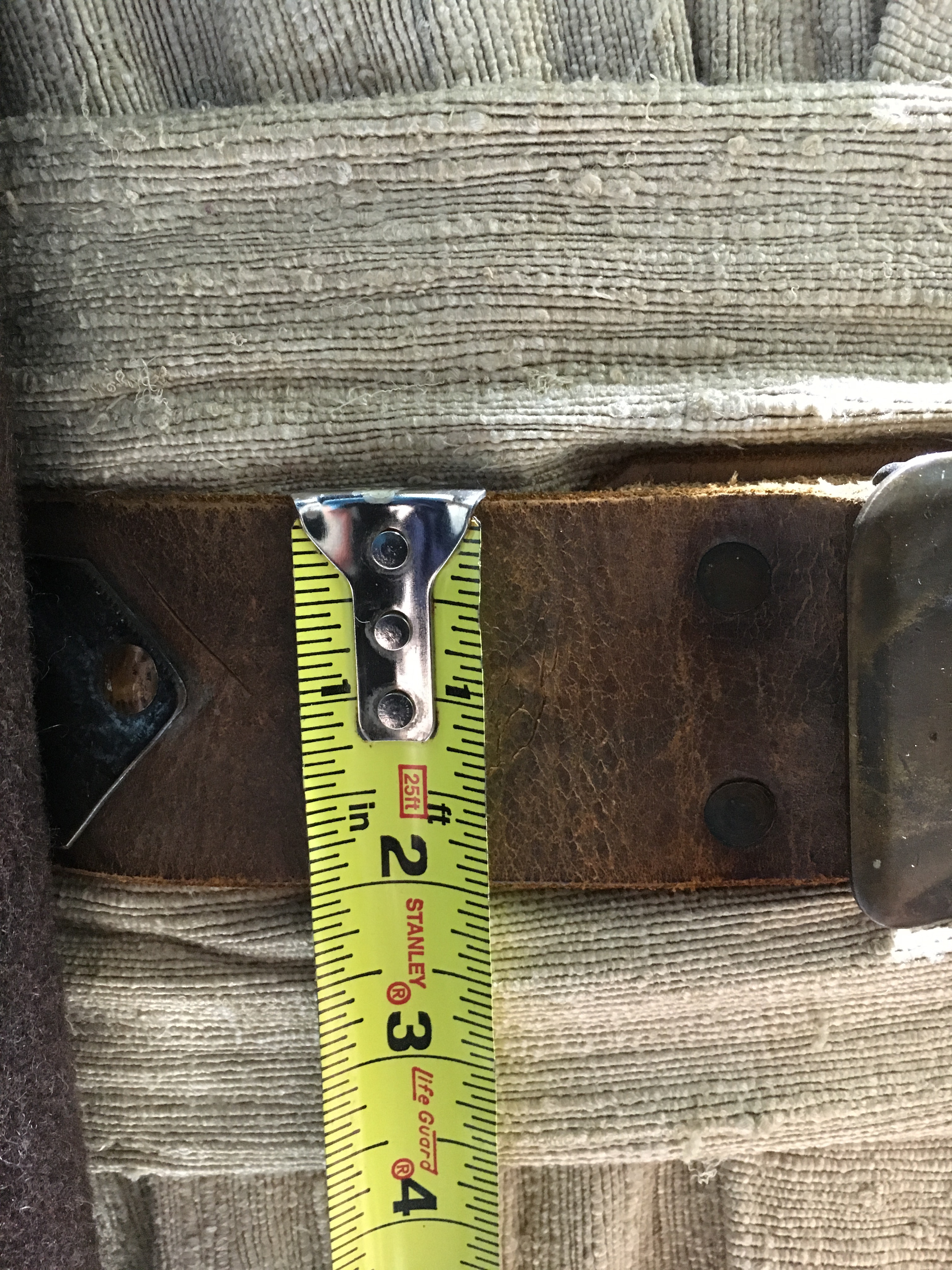 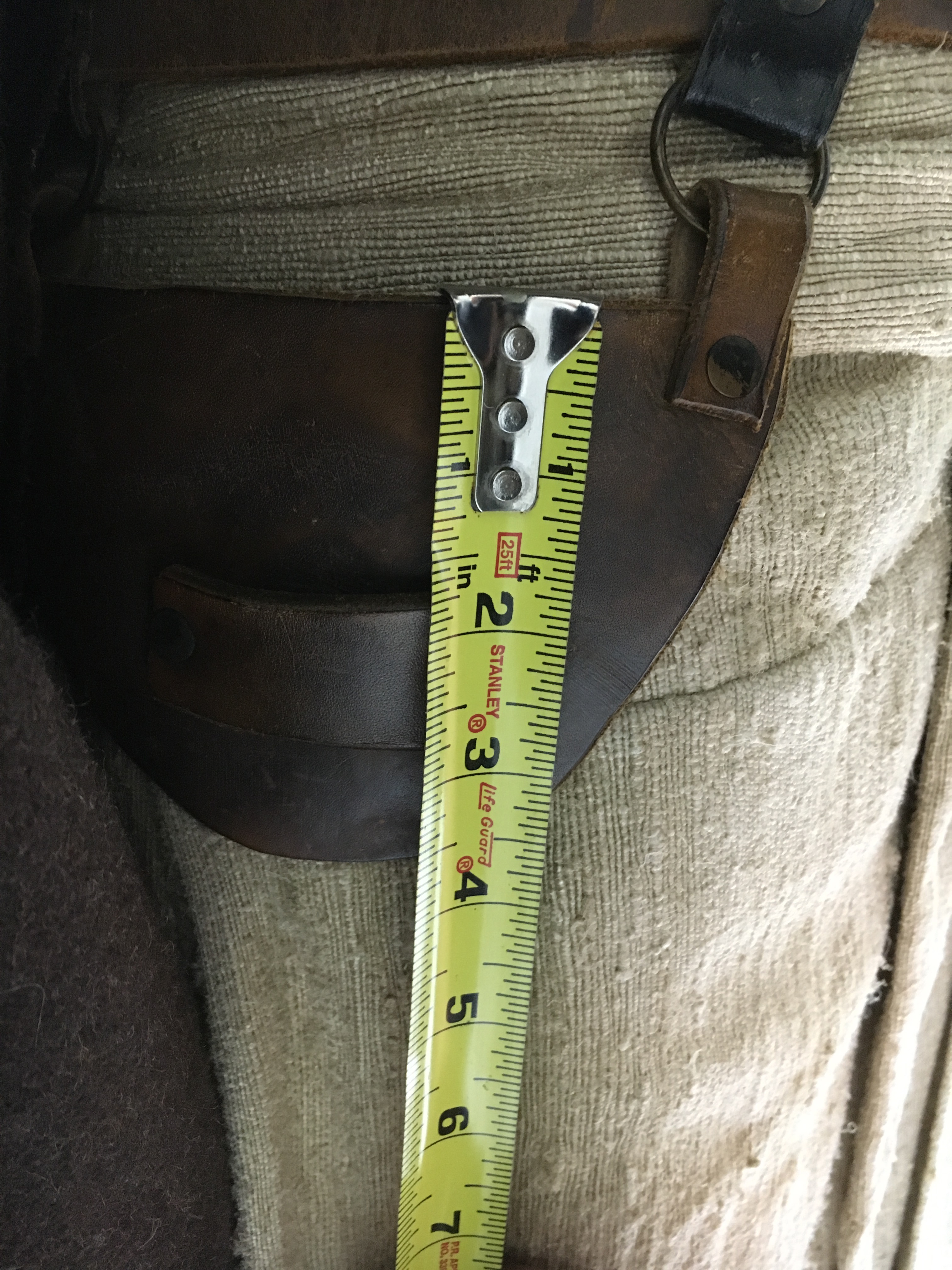 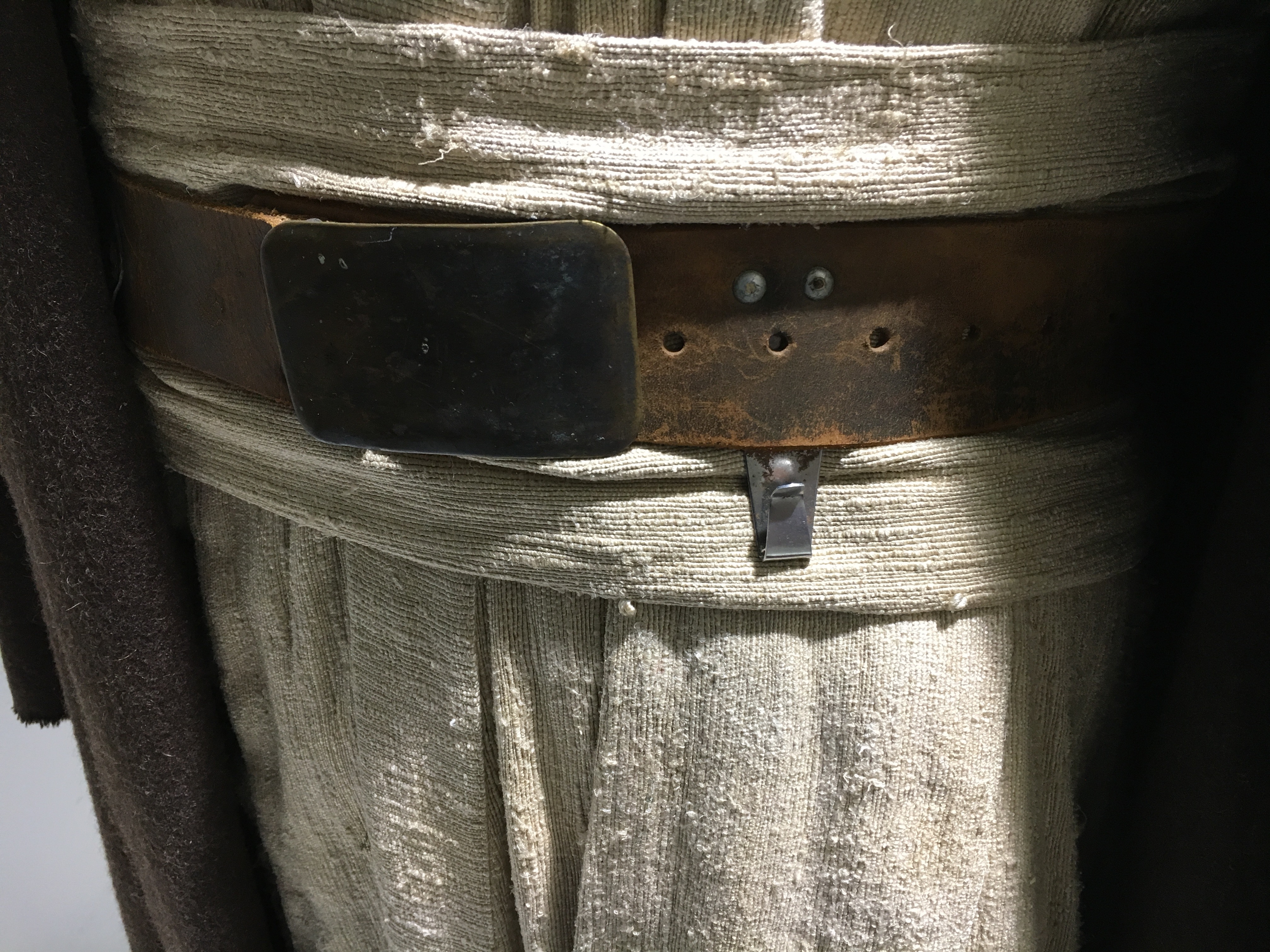 Here is a high resolution shot of the costume from Brandon Alinger's book: 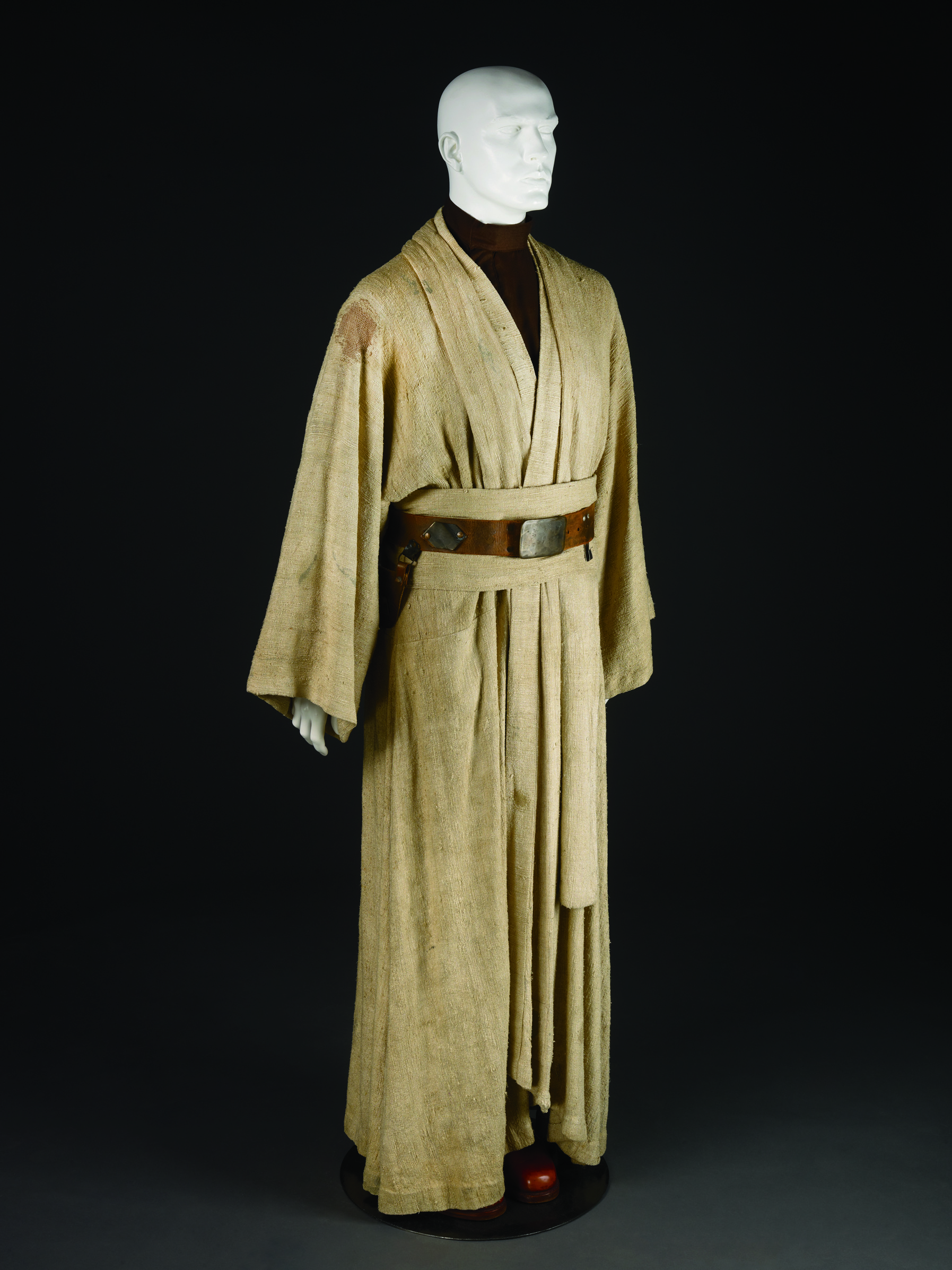 Here are some shots of my Ben Kenobi costume I made with the King Textiles fabric that a Rebel Legion member was kind enough to source for me a few years ago. I made this last year but I had the fabric for a while before I did anything with it. 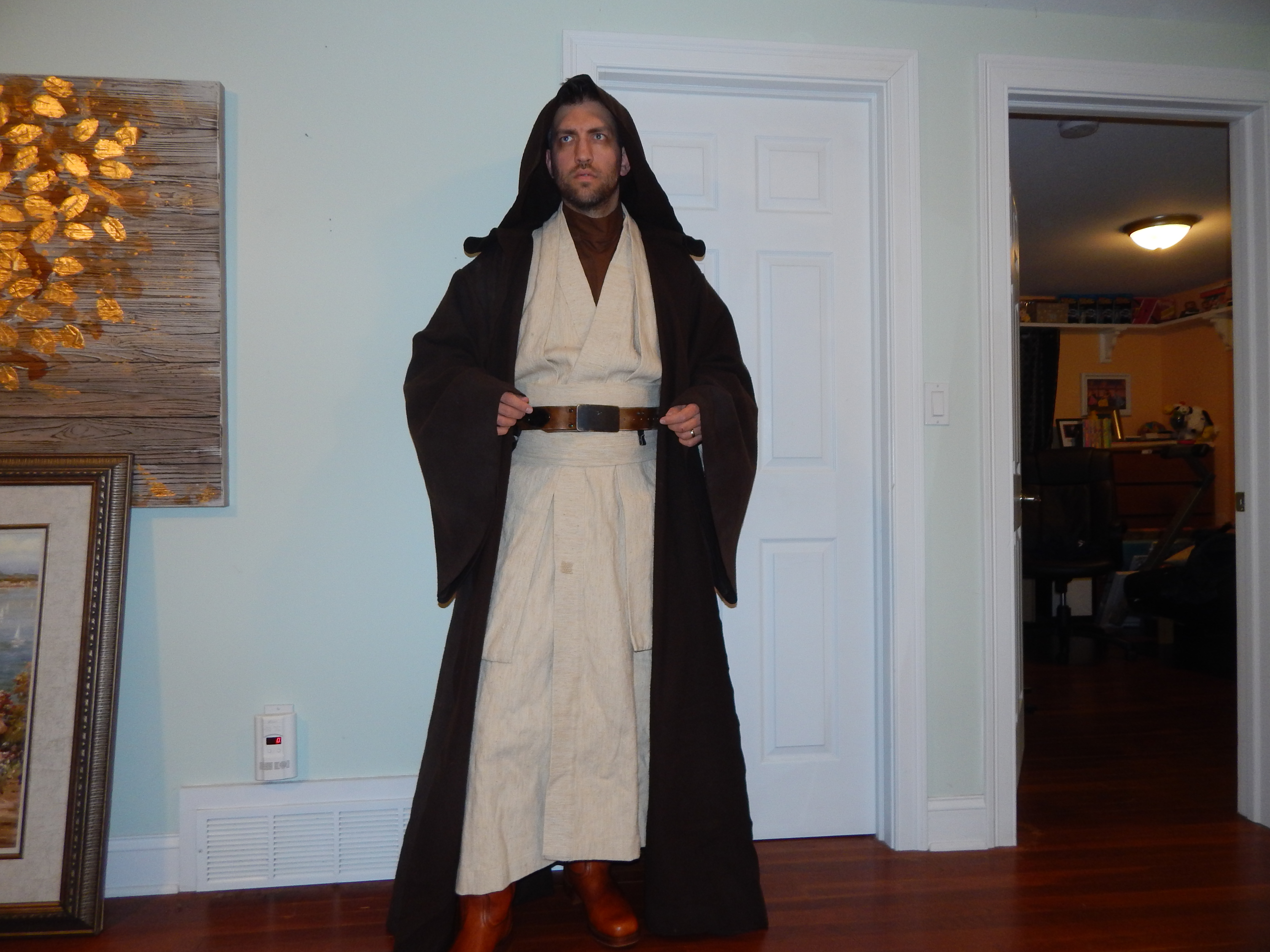 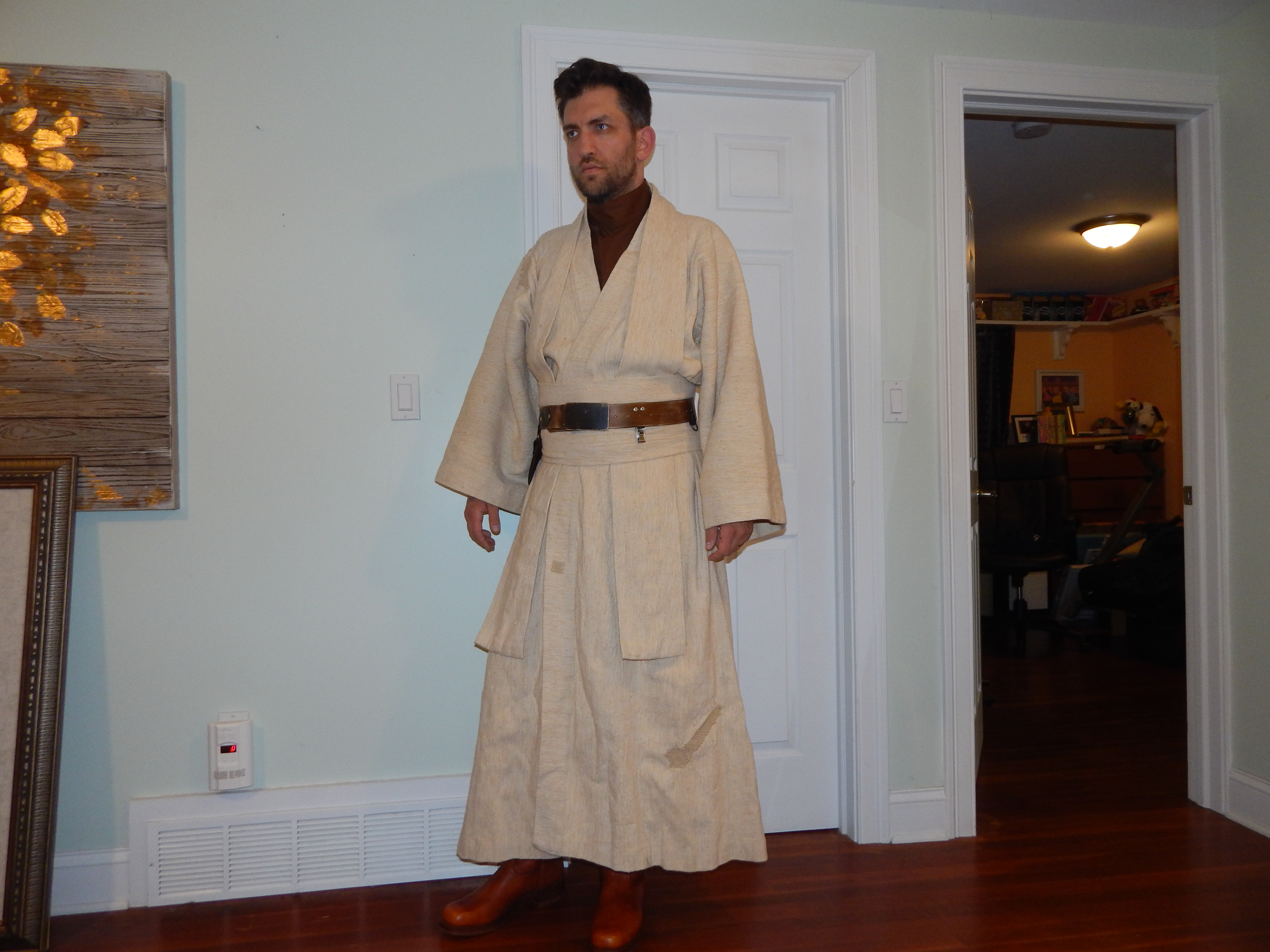 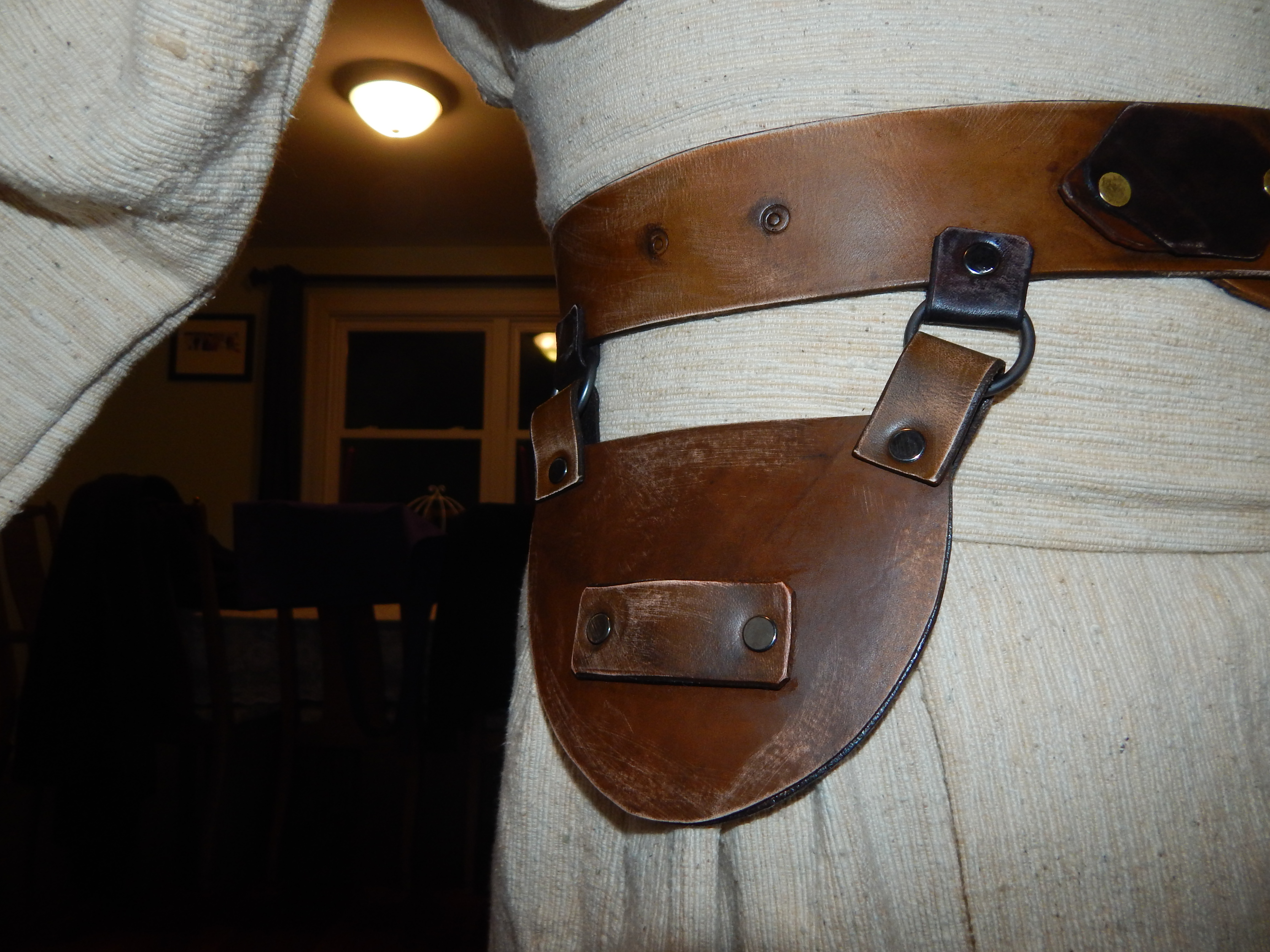 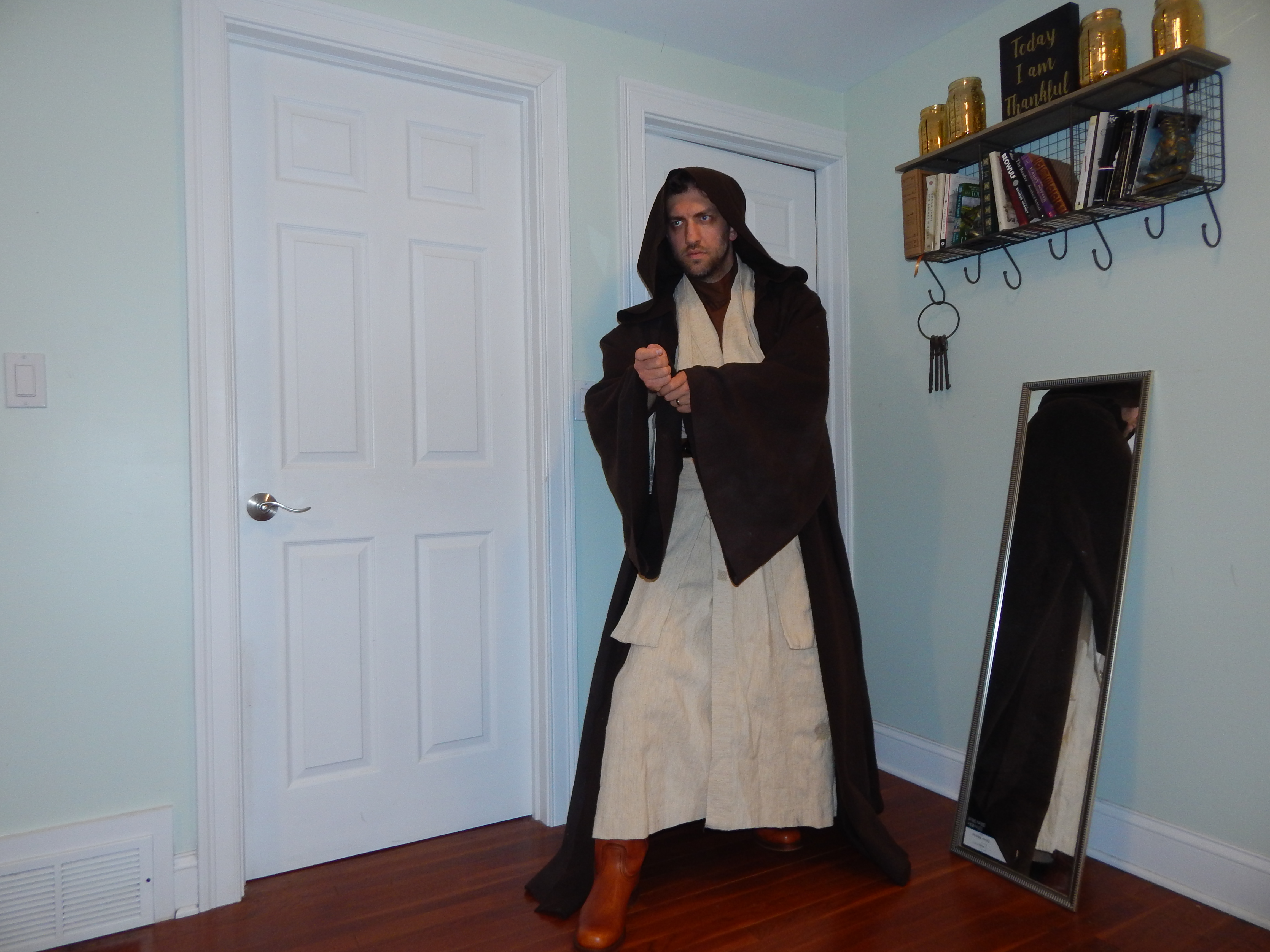 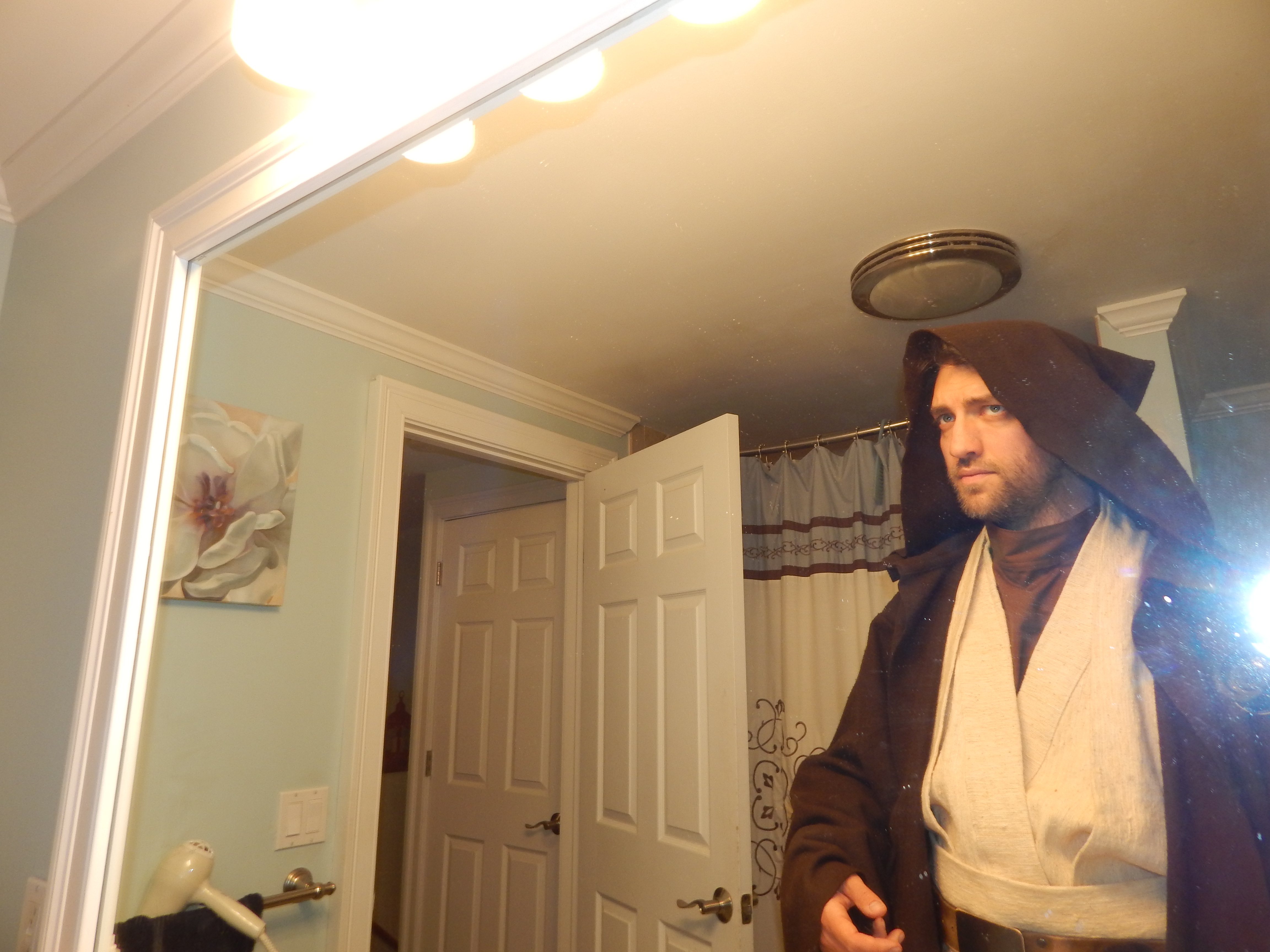 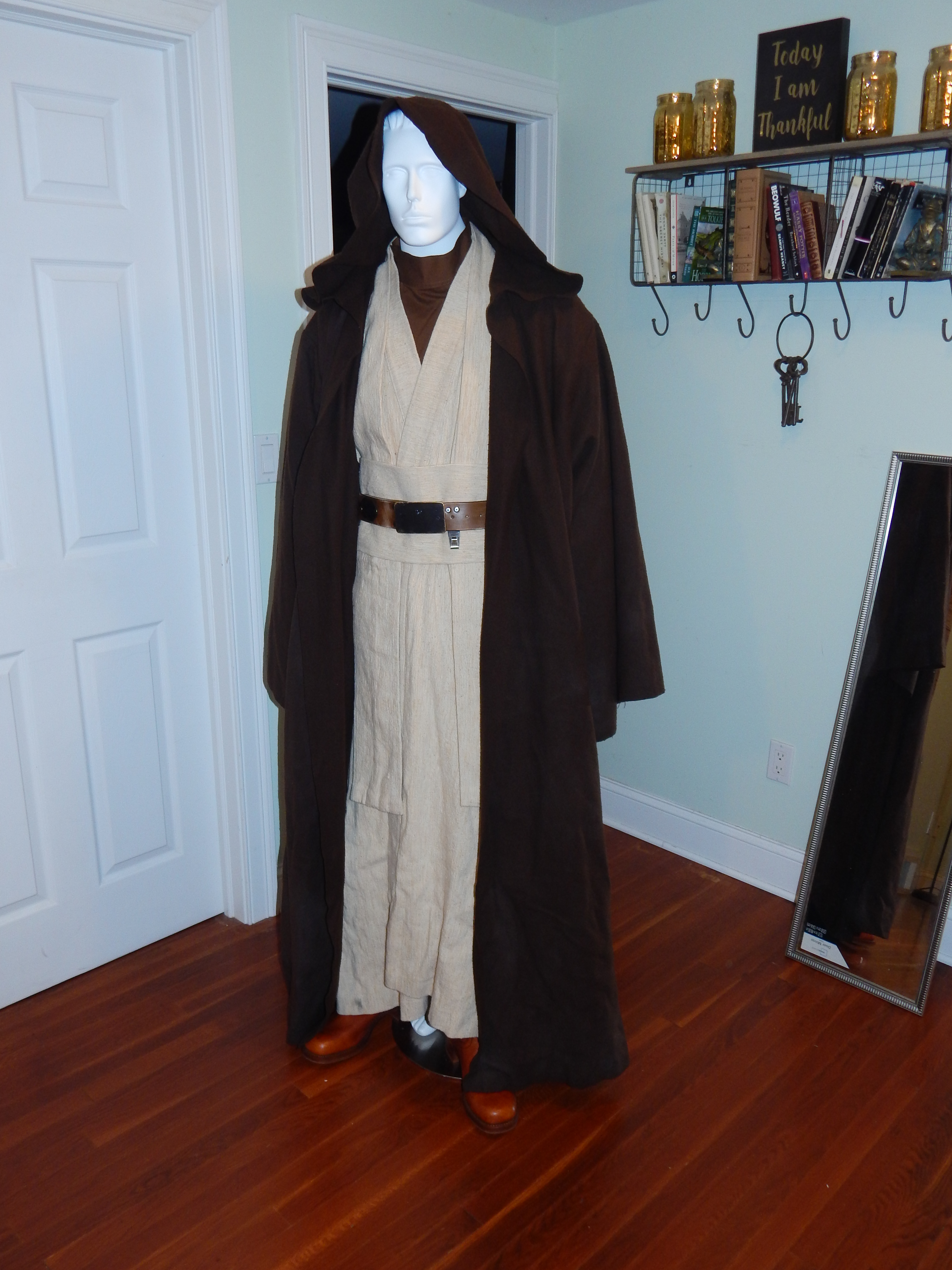 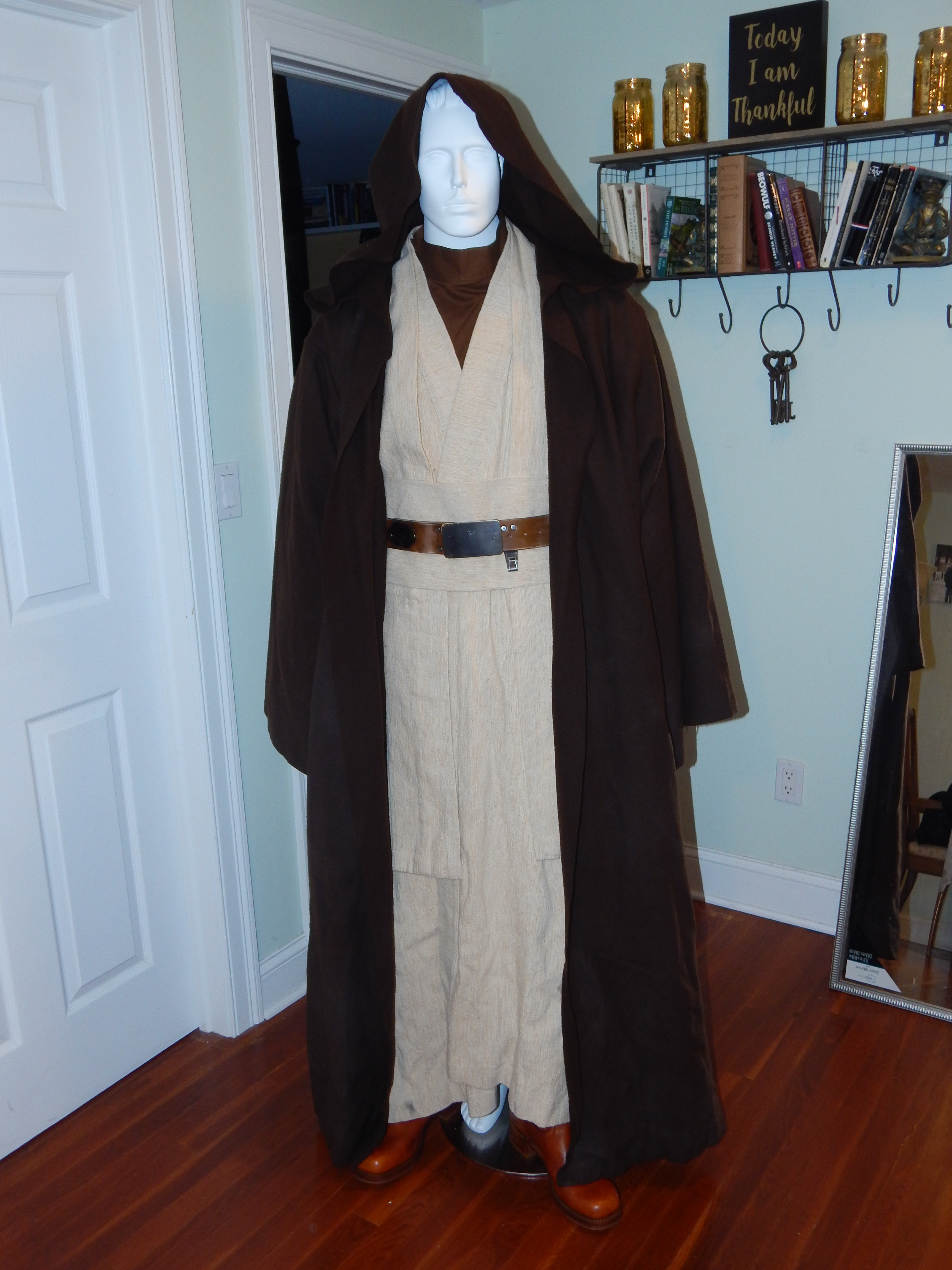 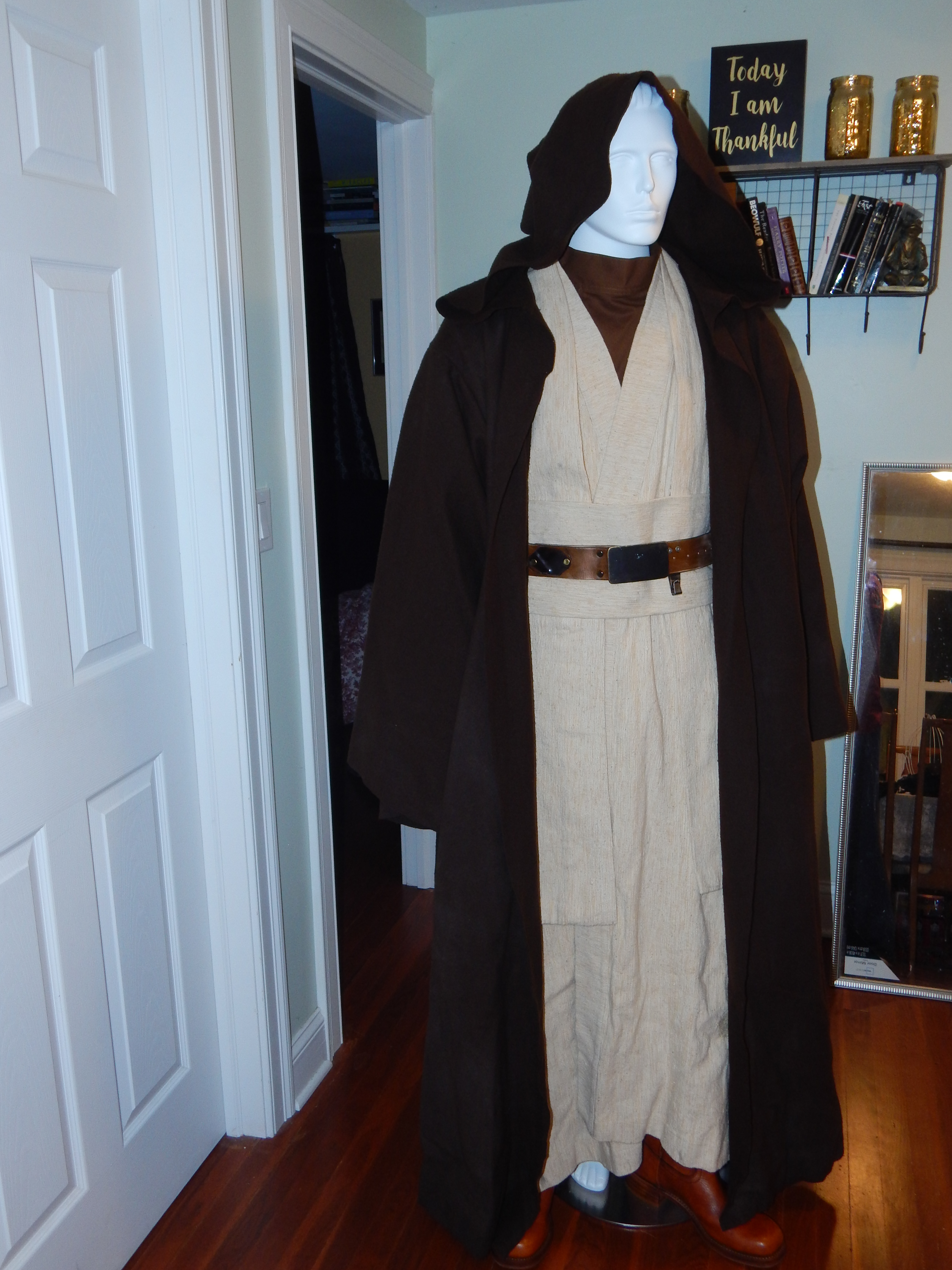 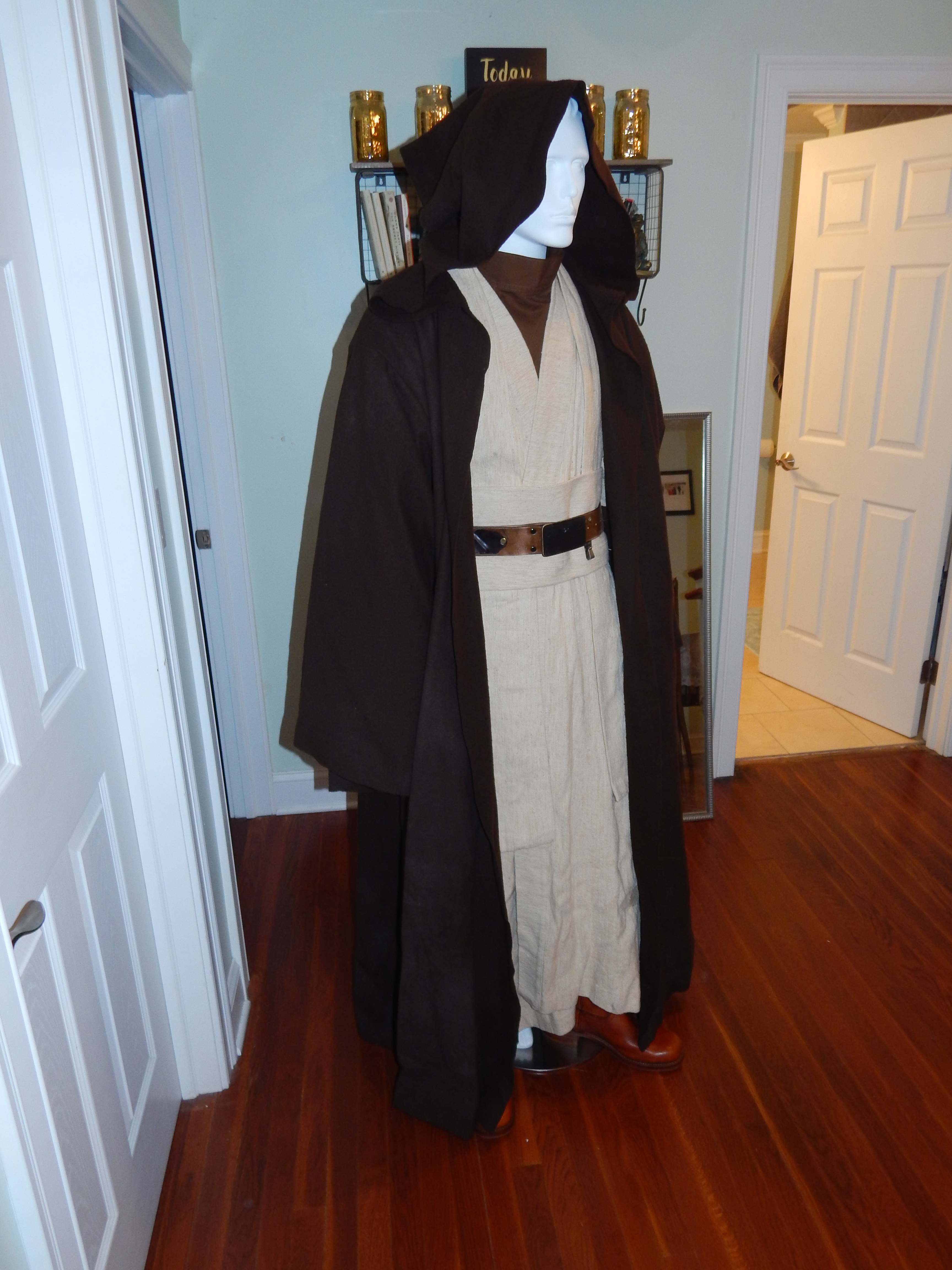 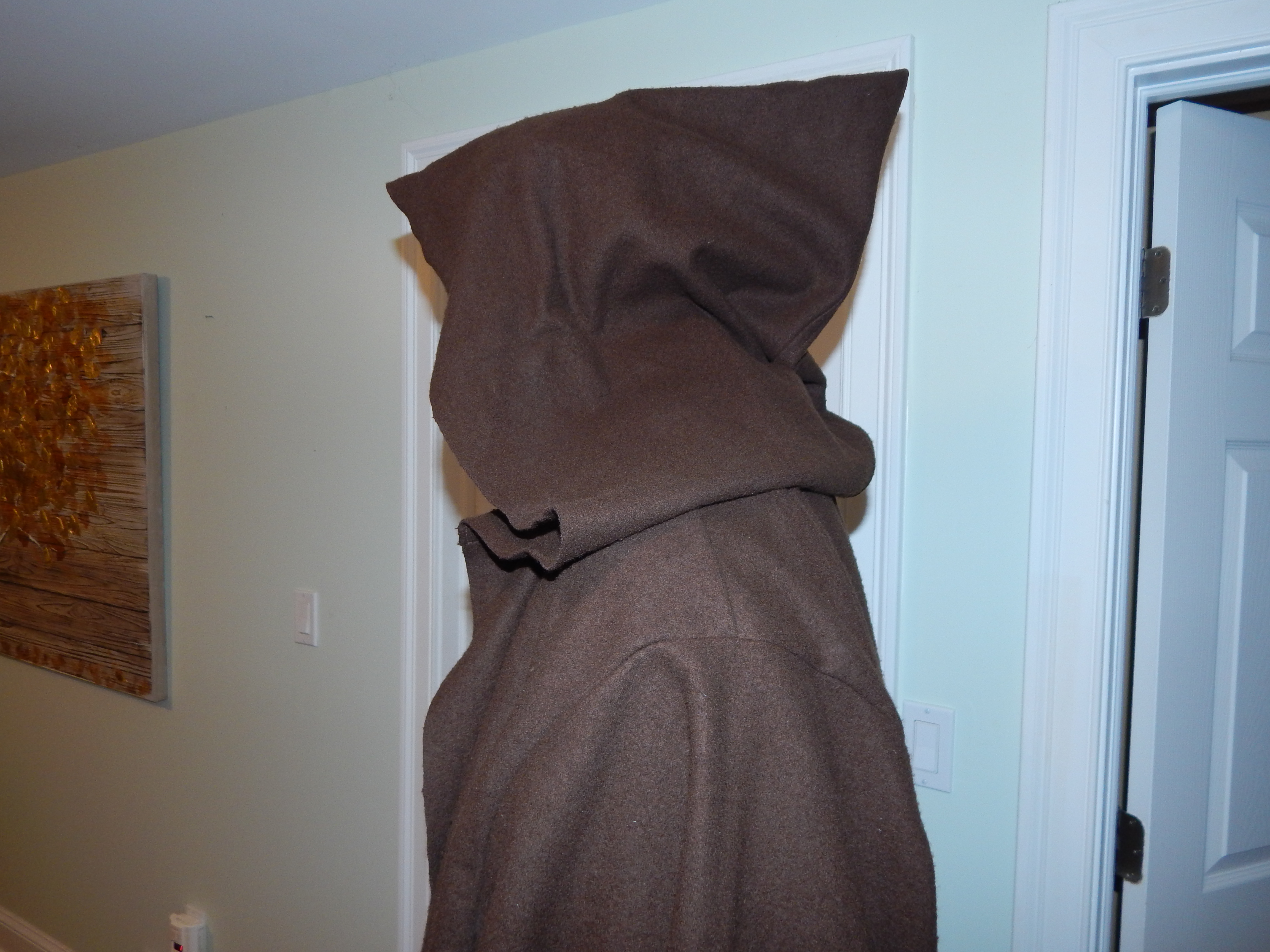 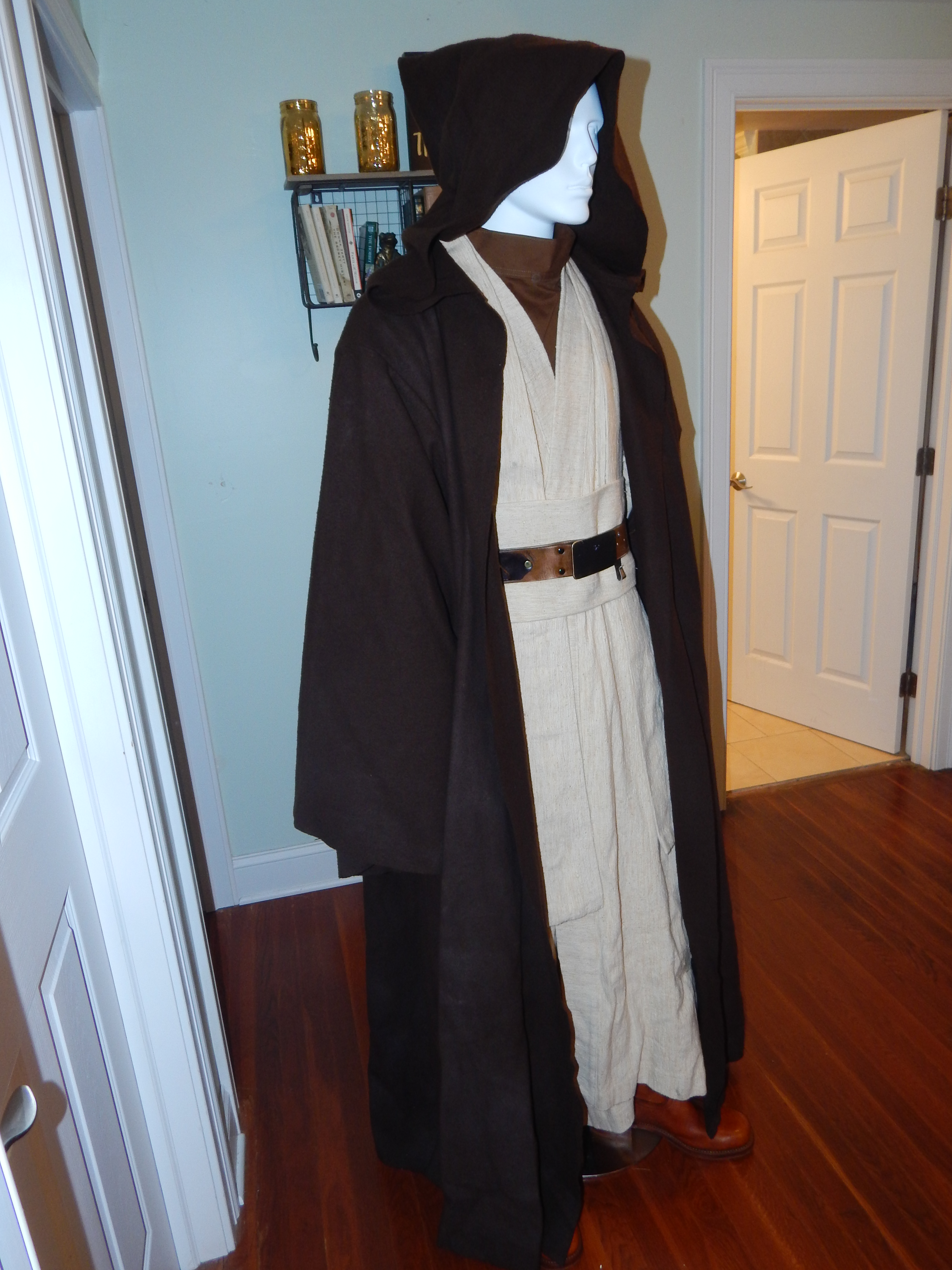 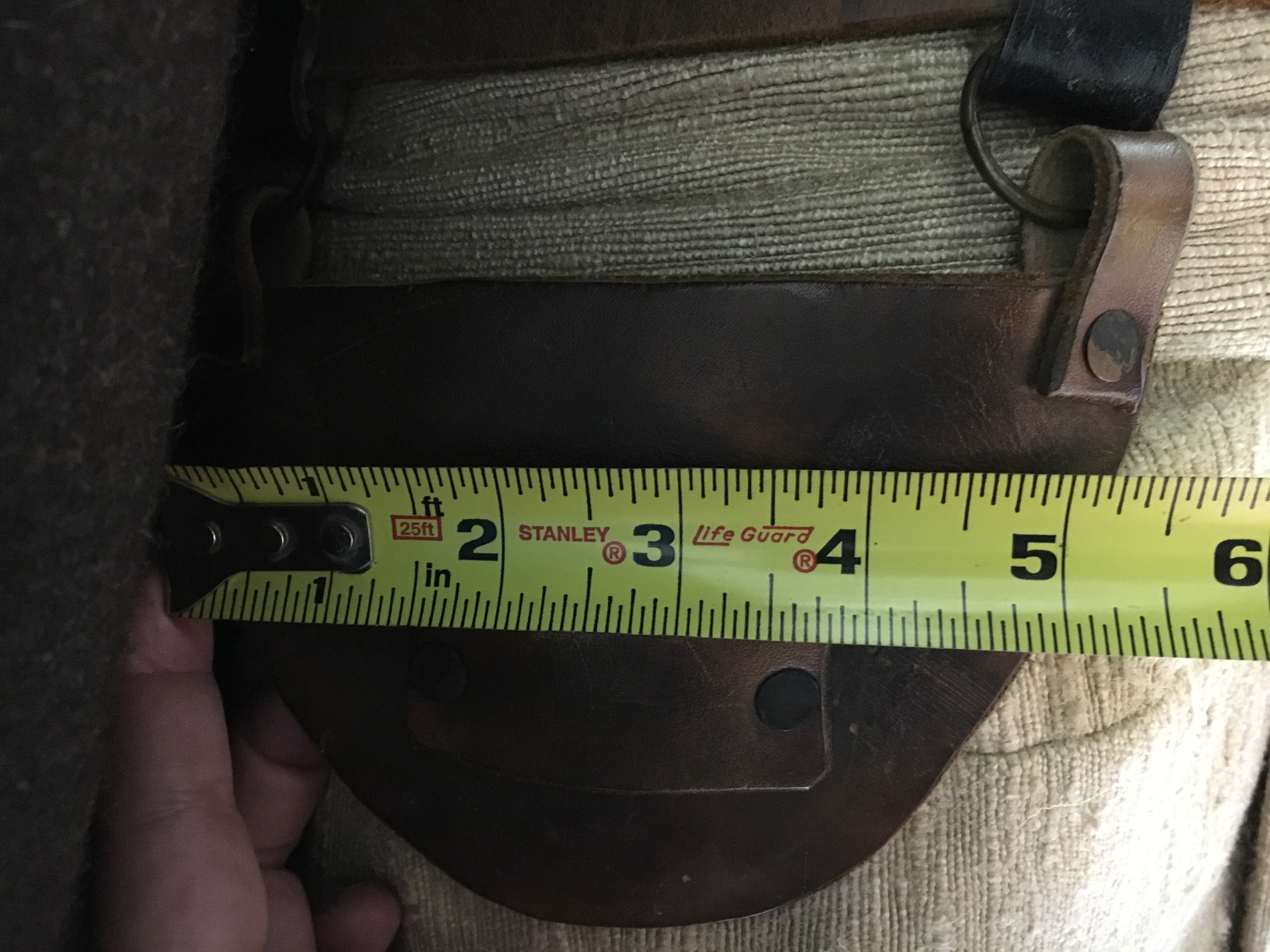 RPF PREMIUM MEMBER
Thanks for ID'ing the boots. I had no idea my old pair of Frye's were the exact sort! Now thinking about making an old Ben costume.
O

Psab Kell, did you use a pattern to create your inner tunic or did you just eyeball it from pictures?

RPF PREMIUM MEMBER
I created a pattern from scratch using hundreds of pictures as reference and my own modified PT Era Jedi patterns I developed over the years to create it. A good place to start might be to use one of the generic PT era Jedi type patterns by Simplicity or McCall's and lengthen the skirt portion and some other modifications to fit your needs.

Btw you can still occasionally find blankets that are identical to those ww2 ones. The British army used the same blankets up till around 1960, they then got rid of many of the surplus stock to army surplus stores in the uk. A large quantity also ended up going to former British colonies like India. I have friends in the reenactment community and a couple of years ago they bought a quantity back from India lol. I currently have 2 that I use on my bed in the winter.

RPF PREMIUM MEMBER
If I were to offer up a fabric package in the Junkyard with the Raw Silk fabric (Inner Robes), Wool (Outer Robe), and Cotton Twill (Shirt) along with a Brass Buckle blank, would anyone be interested? It would be pricey as the materials are high end, but very, very accurate. Let me know you crazy old wizards!

Psab keel said:
If I were to offer up a fabric package in the Junkyard with the Raw Silk fabric (Inner Robes), Wool (Outer Robe), and Cotton Twill (Shirt) along with a Brass Buckle blank, would anyone be interested? It would be pricey as the materials are high end, but very, very accurate. Let me know you crazy old wizards!
Click to expand... 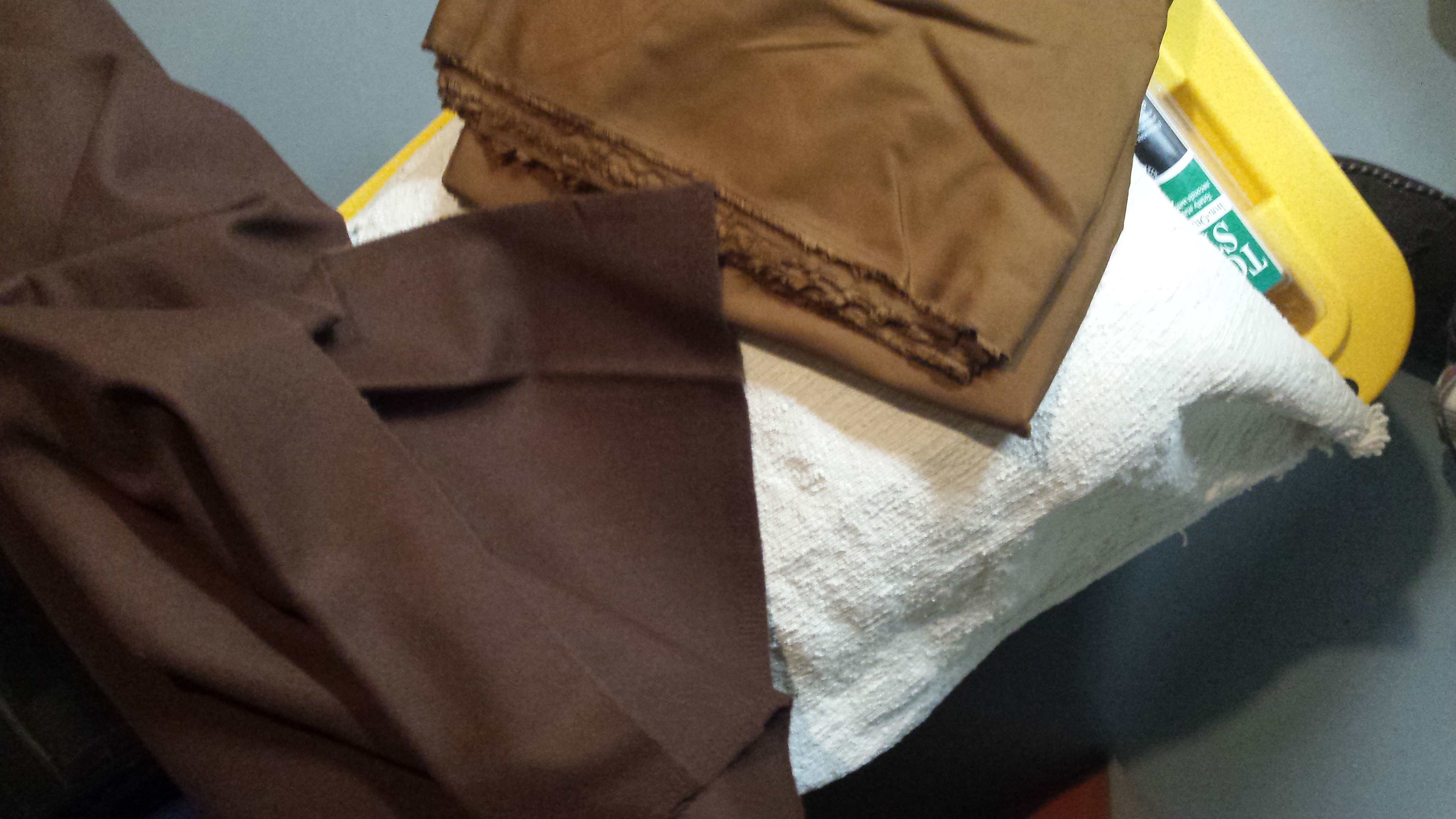 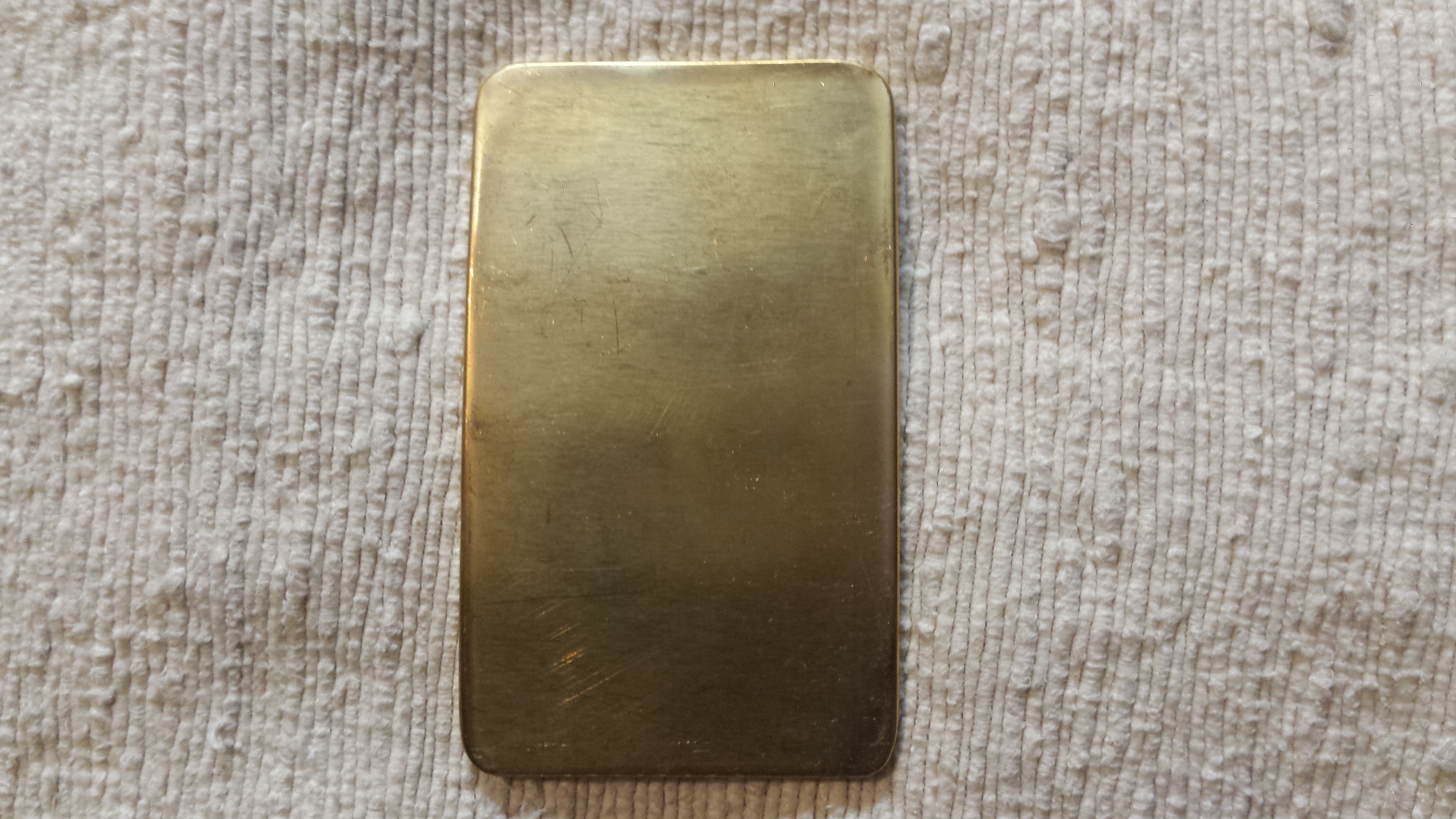 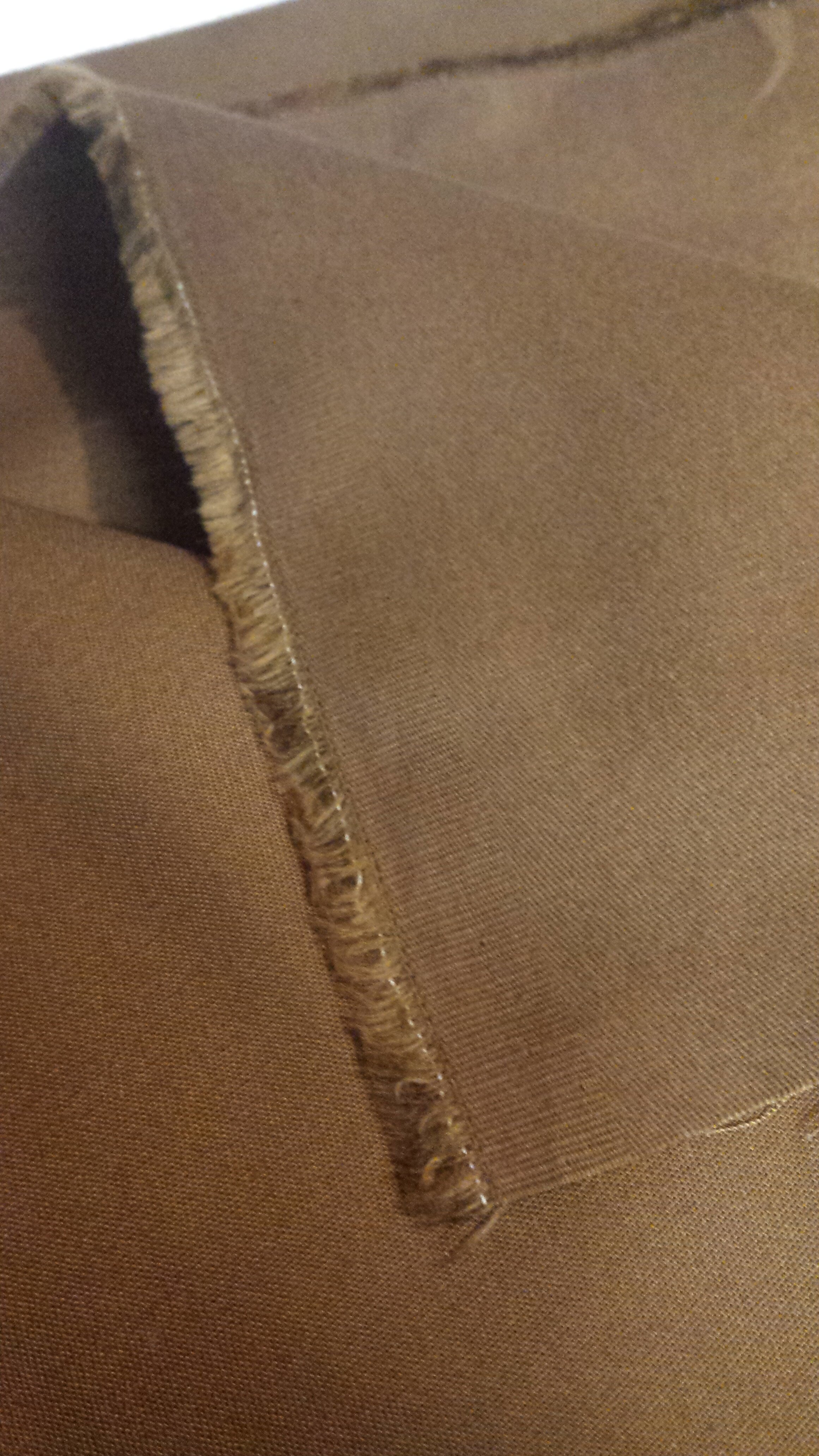 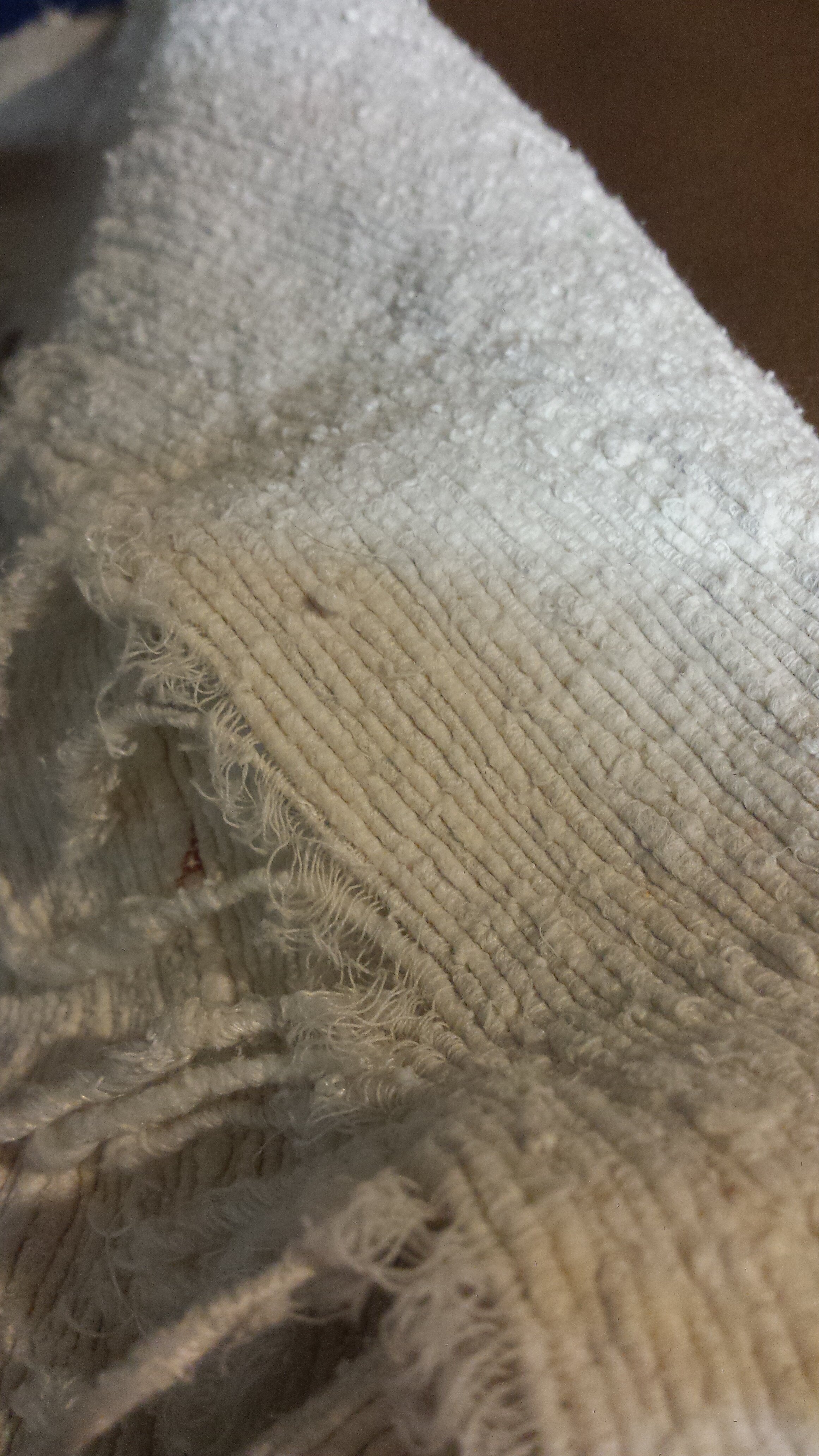 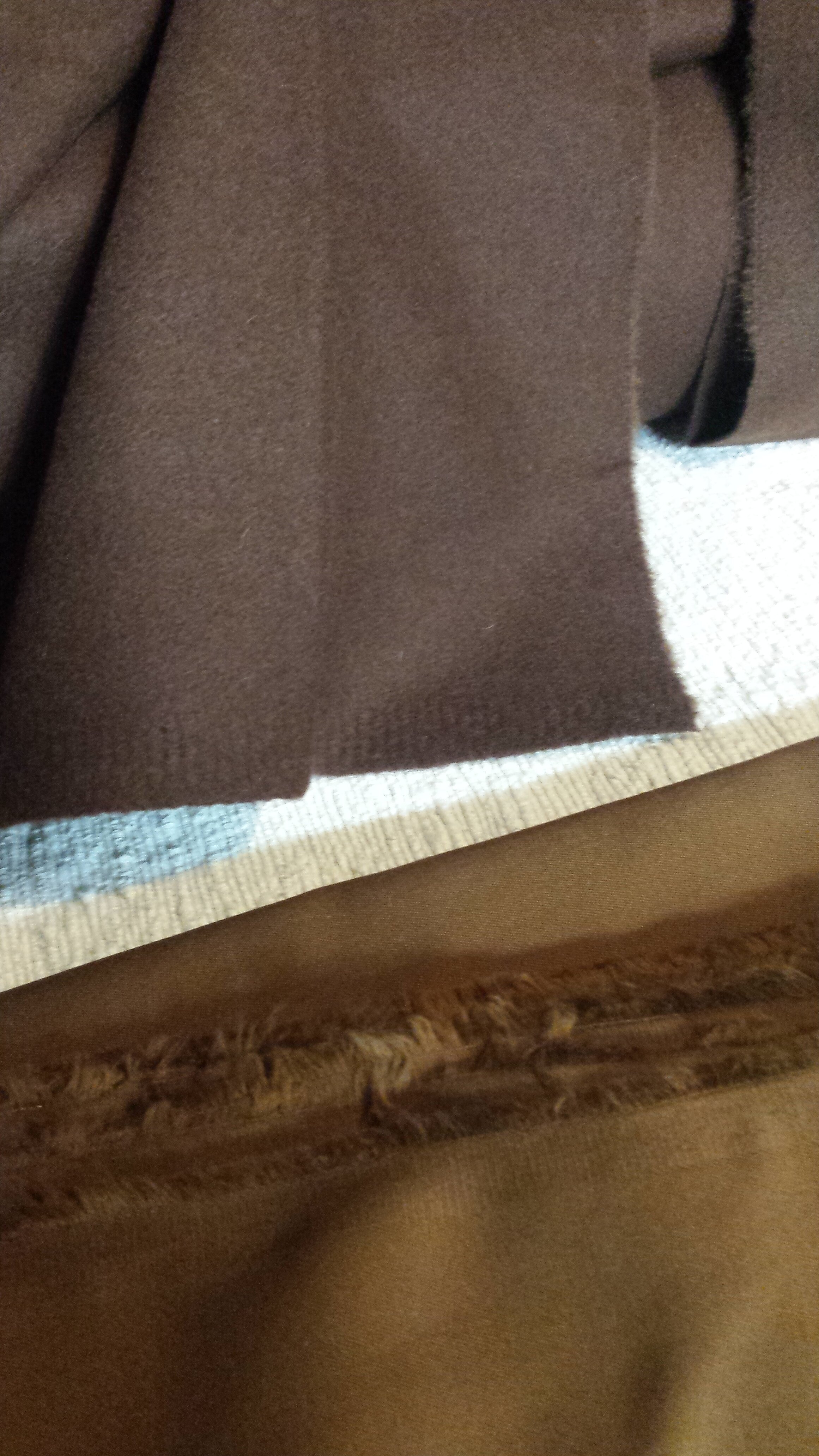 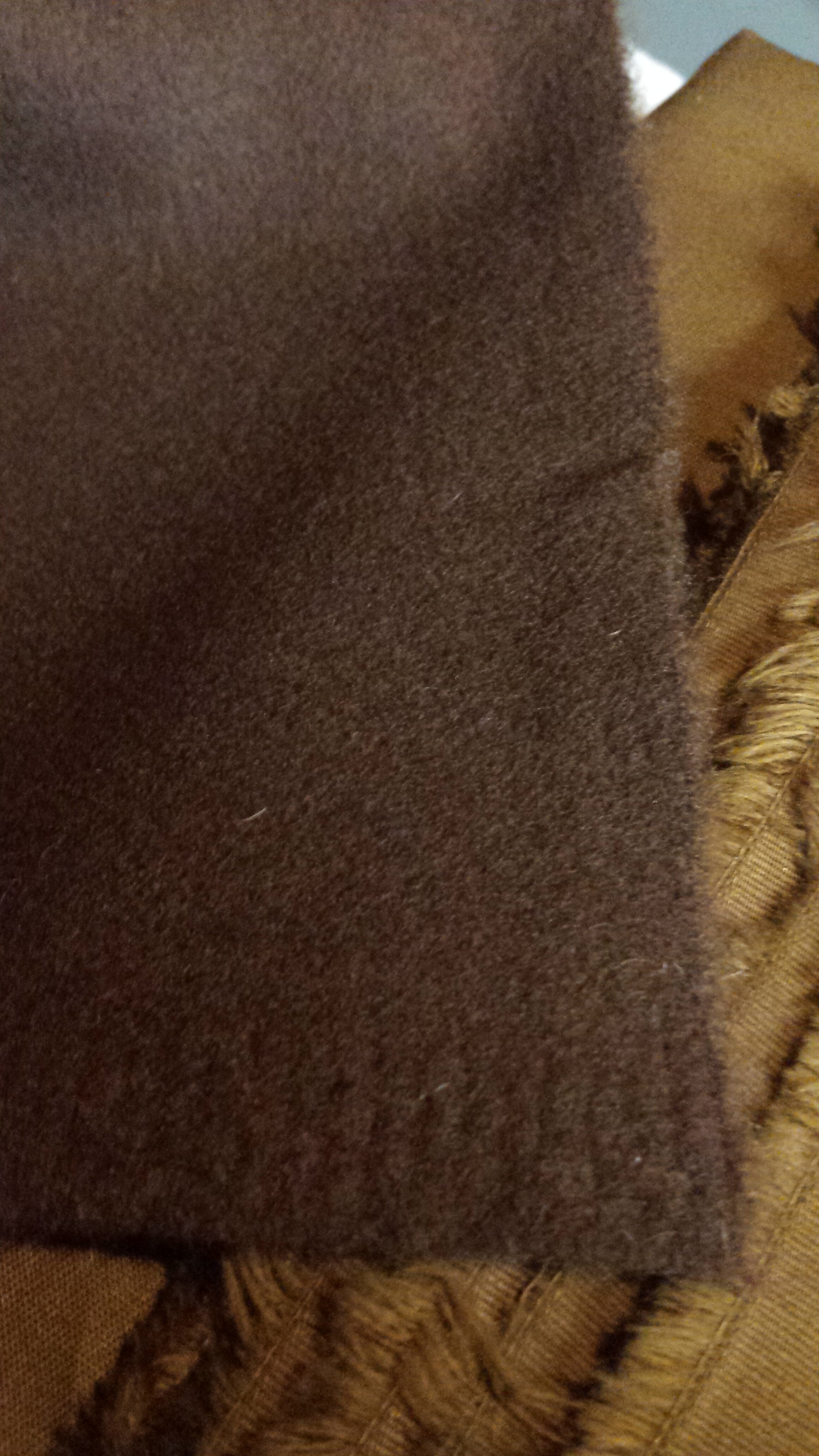 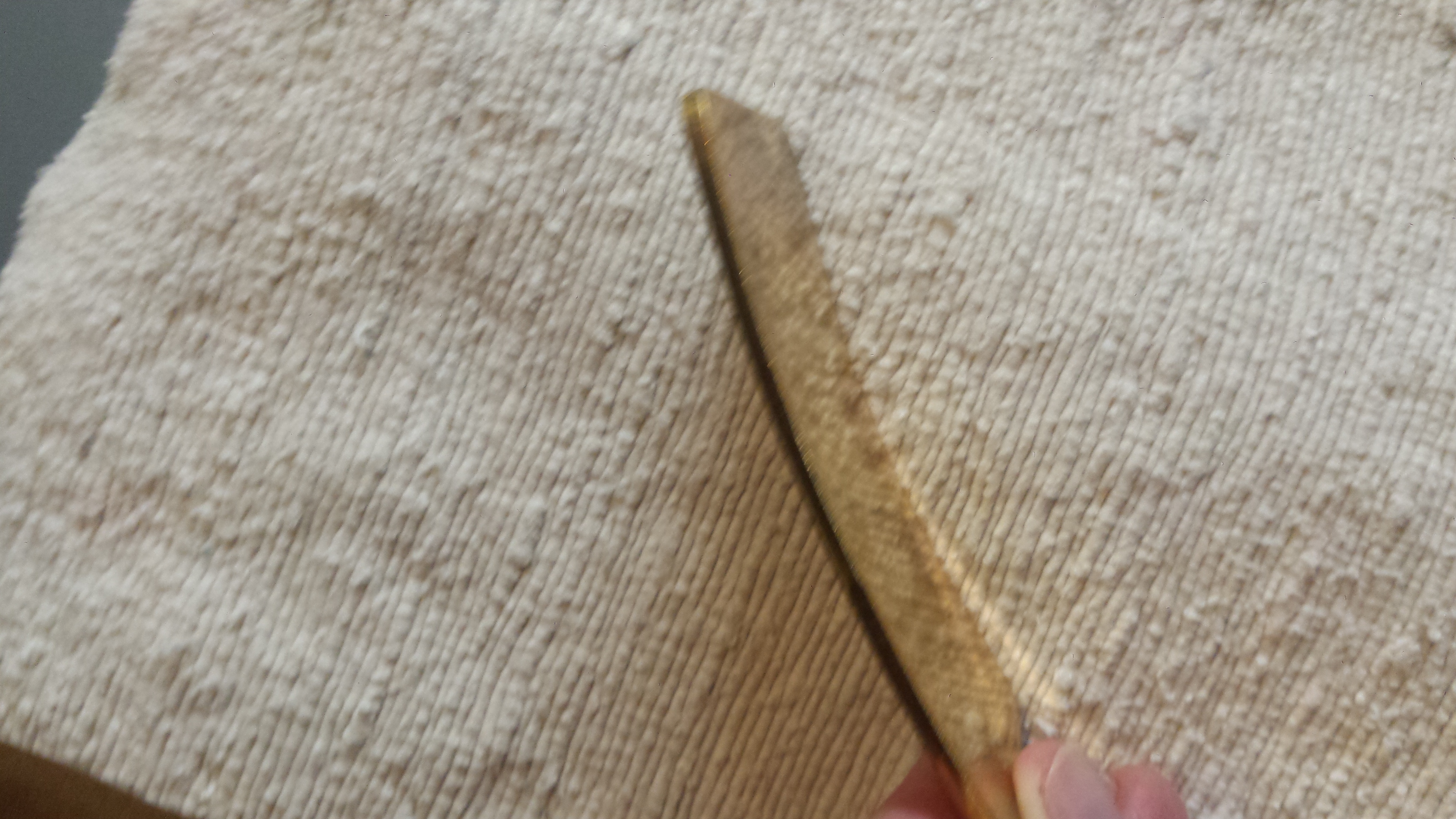 Sorry if this has already been posted, I found this the other day, I haven’t had the time to read it all yet so I hope it is of some assistance Jedi fabrics
O

Is the tunic fabric from Dharma Trading Company or the fabric store in Canada?

RPF PREMIUM MEMBER
Neither. This fabric came all the way from Australia and is 100% handwoven Raw Silk. The one from Dharma is 100% cotton and the other from King Textiles is a silk cotton blend.
O

Psab keel said:
Neither. This fabric came all the way from Australia and is 100% handwoven Raw Silk. The one from Dharma is 100% cotton and the other from King Textiles is a silk cotton blend.
Click to expand...

What's the width of the fabric? You wouldn't happen to have any left?

RPF PREMIUM MEMBER
I have two pieces both 50 inches wide. One piece is 6.5 yards long and the other 7 yards. Each should be sufficient to make a Ben Kenobi inner robe. These could also make Yoda robes too so it's a great option for that as well.

RPF PREMIUM MEMBER
My current couch has the exact same fabric. I have checked upholstery fabric, its still available, but often 15 dollars or more a yard.

RPF PREMIUM MEMBER
This type of material is often used in upholstery or drapes because of it's distinct texture. This was about $70.00 a yard even after the conversion rate.