I have been a fan of the Obi-Wan character ever since Ewan started playing him in 1999. With the new show on the horizon, I, like many others, have become interested in costuming as this character. Ideally, my goal would be to do all 3 of Ewan's prequel looks, as I'm not quite Sir Alec's age or old enough to portray Ewan in the coming "Kenobi" show. I'm sure I will eventually, though

This endeavor has led me to try and do my own research as much as possible, as I will try my best to avoid being the guy "who asks questions easily answered by the use of the search bar". However, there are a couple of questions I do have that I could not answer that way (and I'm sure more questions will come eventually). So, here are my first questions:

1) Through my reading of various forums, I found that for their costumes, multiple people say that Ewan supposedly wore Dockers, and Hayden wore Dickies. However, I have also heard that Ewan wore Dickies as well, and no one seems to be able to confirm where they got that information. Does anyone know what the actual correct brand and color of pants for Ewan's costumes in each of the three prequel films are? I would like to get as close as possible to what was actually used, as I'm also a "screen-accurate wardrobe collector" (you should see my collection of Supernatural, Arrow, James Bond, and Hawkeye clothing

2) I have also recently discovered the existence of "Civilized Galactic Gear". His items are obviously of quality, but my biggest questions is this: would anyone know if his pouches and belts are Rebel Legion approvable for a character like Obi-Wan? His pouches are the only ones I have personally seen that are actually functional, which would be a godsend for conventions and trooping.

Thank you all for any input or information you can provide, and may the Force be with you.

*cross-posted to the Rebel Legion forums*

RPF PREMIUM MEMBER
I make resin pouches that are screen accurate, they are non functioning super light weight. As of right now I'm not painting them though, but I have unpainted kits available. Here are some pics of them painted on a Galaxy's Edge belt with the Roman Props Inception Elite.

As for the rest of the costume you can ask Psab Keel. He makes obi-wan and Anakin with screen accurate patterns and fabrics. 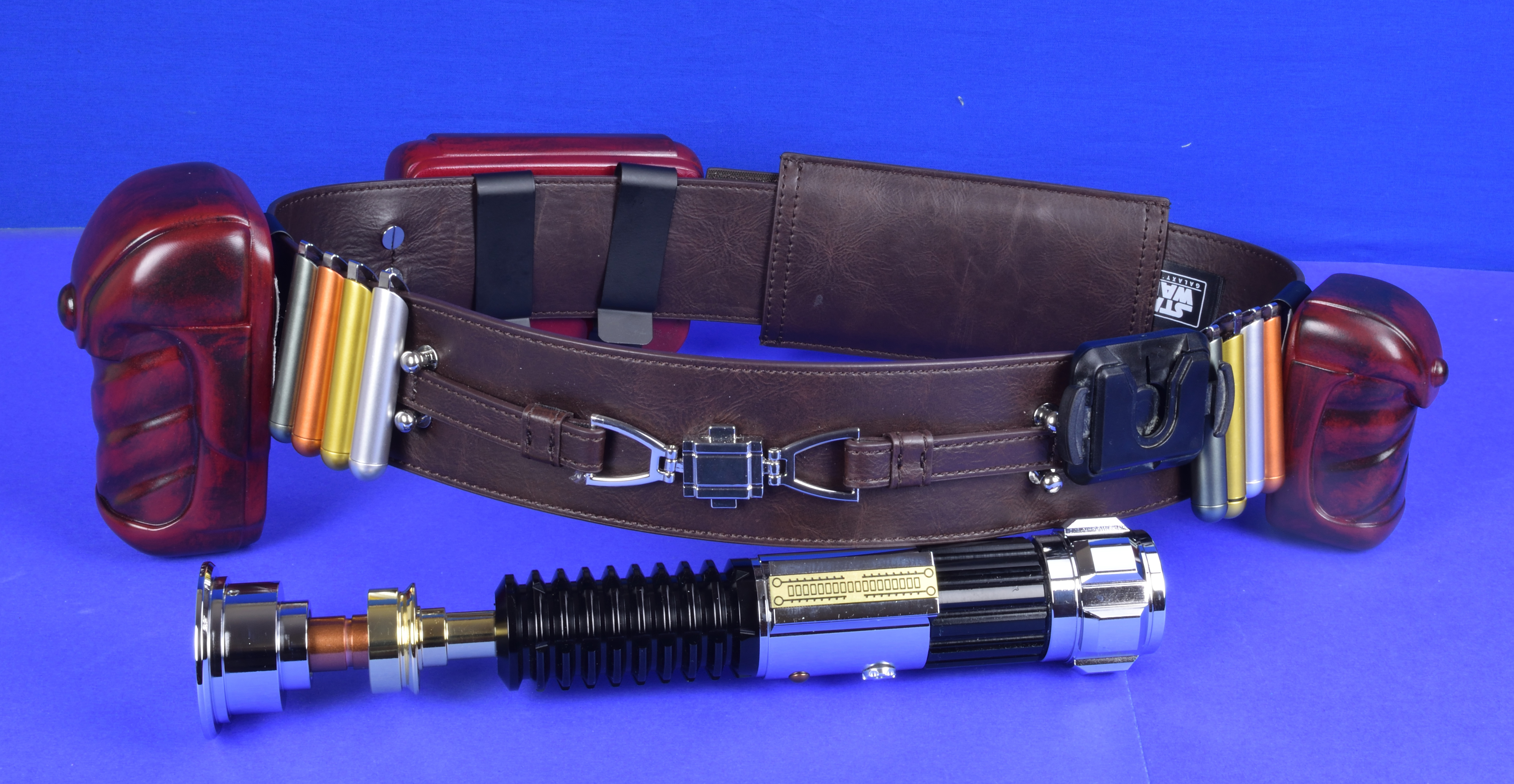 I appreciate the response, but I'm really hoping someone can help me with the information about the pants. I know Psab does extremely good work, but quite frankly, I can't afford his prices. And if I have the option of using what was used on screen, personally I would rather do that. (Psab, I do hope you don't take that as a knock against you, because you of course do excellent work. Maybe one day in the future I can afford one of your tunics or robes.)

And for the time being, I would rather have the functional pouches so I'd be able to carry things around at a con or troop, if that's something the Rebel Legion would allow. But I will keep your kits in mind.