I bought a Peco-brand 'police box' model in O scale (probably British O scale, which is 1/45) and ran a flashing light into the beacon after blacking out the sides for the windows as the screen-used TARDIS prop had. The phone door has the markings for the current prop, not the Tom baker era one I would have preferred, so someday I'll change that out.
It's not going to be on my On30 gauge model railroad, as I don't do 'whimsical' things there. Instead it'll sit in a display case on the wall of the layout room for now.
Sorry about the focus, as I couldn't get it to focus on the model itself...

It's a lovely little model, I made one up last year, I made the base and the sign boxes a bit beefier with some styrene, but otherwise straight out the box: 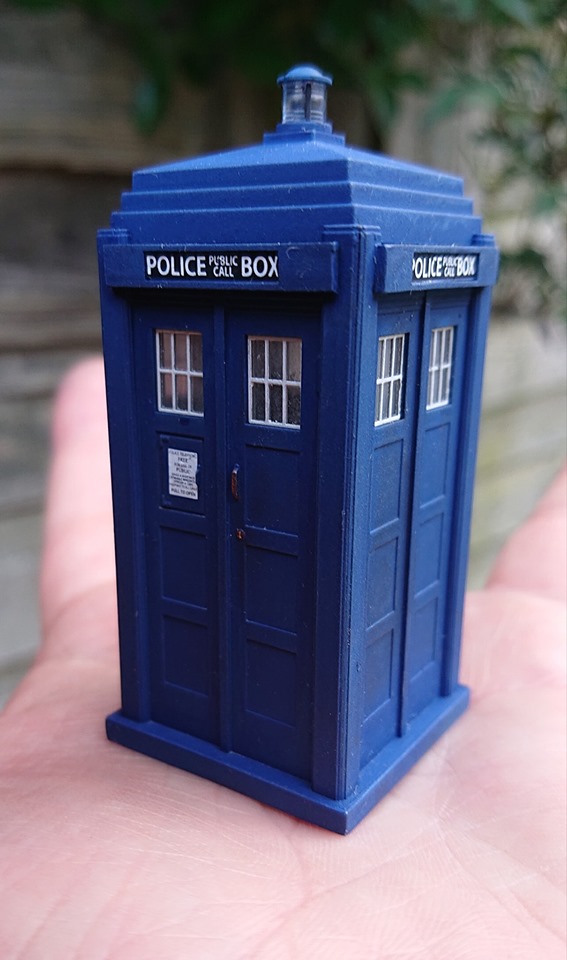 I didn't paint the supports for the windows, and after seeing yours, I wish I'd had.
Great job!

Post pics of your own 3D creations (not purchased)