Hello Hunters!
Just new to signing up to this Lair, but have been here stalking around for some time researching and looking at all your fantastic builds! Man some spectacular stuff on this site!

Bit about me: Born and bred in New Zealand and spend most free time roaming the hills and ocean around my home town of Matata in the Bay of Plenty!
Have always been into making stuff and costumes is one of the things myself and family love to do...our parties normally involve some rad dress up! 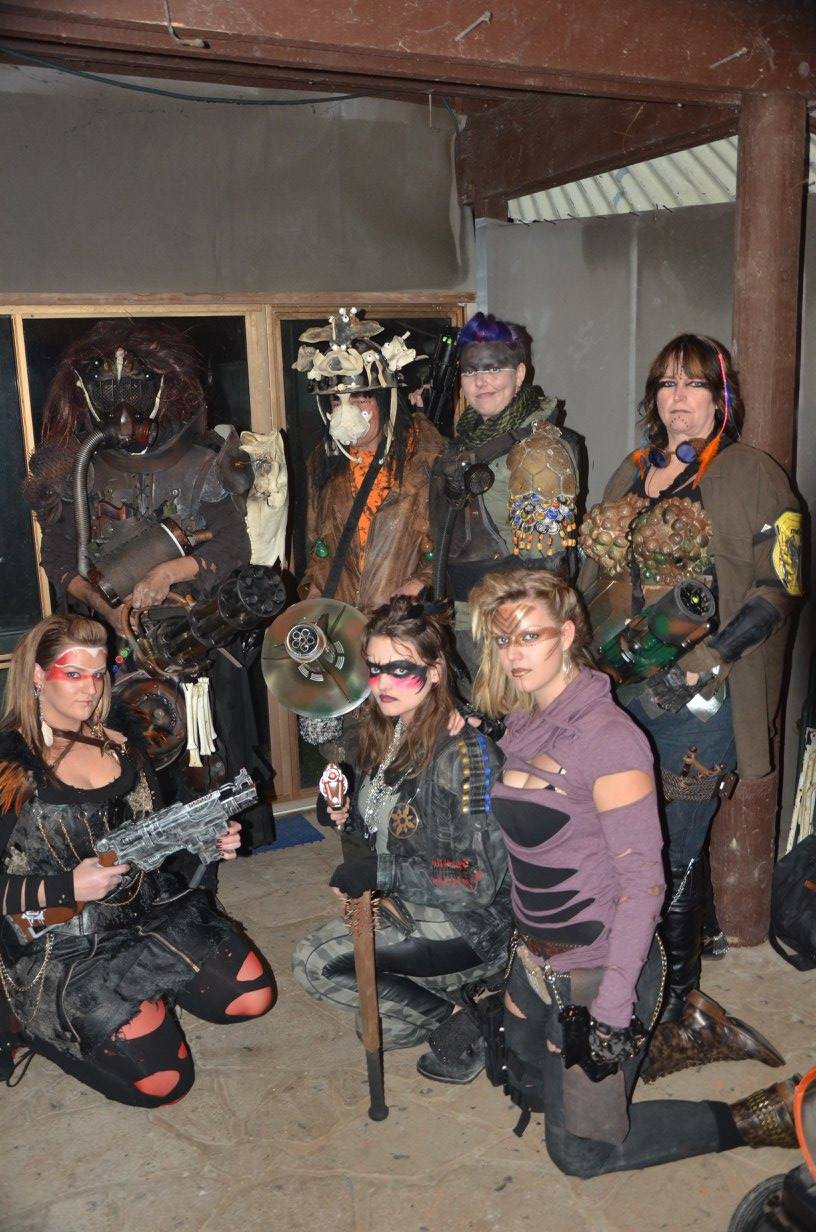 Also spent 7 months working on a entry for "The World Of Wearable Arts" show in Wellington NZ in 2013/2014...entering a costume in the "Weta Workshop" section and being luckily enough to place first with a somewhat Samurai Predator inspired costume made out of fish skins and shell! Got to spend 4 weeks at Weta Workshop as part of the prize...What an experience that was, learnt heaps!!! 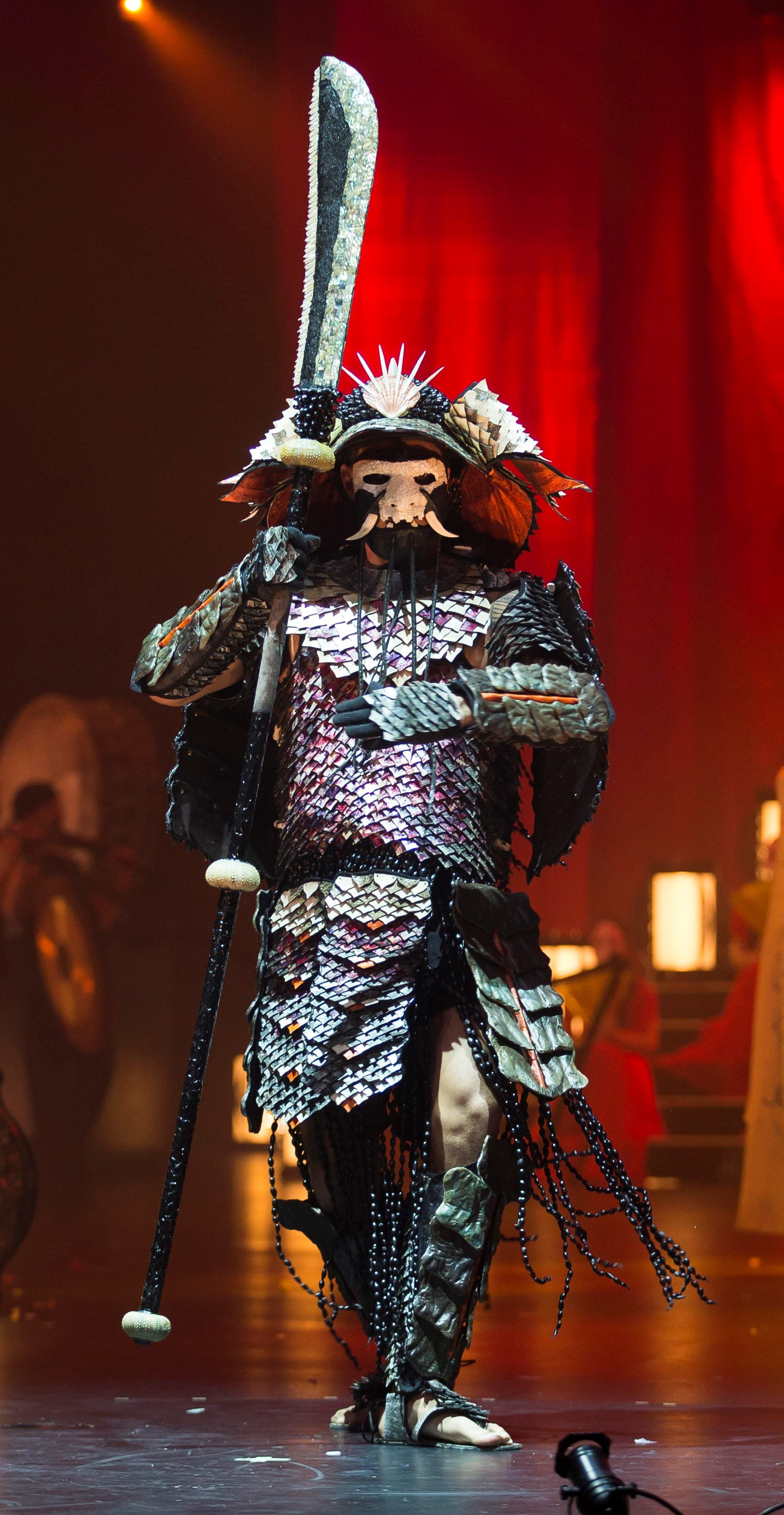 The Old Fellas 70th Birthday with a theme of "Aliens vs Cowboys" has given me the ability to attempt a costume I have always wanted to build "the Predator"..will be pulling out all the DVDs from the cupboard for inspiration and be doing more roaming on this forum for as much info as I can source so at some stage I'll be throwing up some W.I.P photos and no doubt asking a ton of questions, advice and asking for critique etc

Won't be a big budget build sadly, not able to afford all the bits for mold making etc so will be tackling the lycra muscle suit and foam mask methods in an attempt to make my own version of the AVP costume....may even be some form of ocean going beast due to previous costume themes I've done and having extra components.

Wish me luck as I think I'll need it ha ha

Hahaha “Gandalf” well I am rocking a beard at the moment...

Dobdanyt sweet for the beard! If you always need help or directions, even techniques feel free to ask my new friend....we are here to help! Predator is very hard to make but also very versatile costume as it lets your imagination creates many items like Cannons and armors and technologies. Instead of plain old fantasy characters (not against that but there is limitations). welcome again!

Dobdanyt Now it depends if you wish to recreate more of a exact replica of the original costumes or make a less exact form of costume. It also depends on your budget and your skills, but skills can be learned for free on watching a lot of Predator creation videos. That is what i do....I also sculpt unique stuff but with my low budget it is EXTREMELY HARD for me at the moment....been moving 2 times this year.

yeah budget isn't massive...renovating the house at this time! and so fun that is hahaha...this costume build will be a good escape from that for a bit..I have until December 21 to create it. As you could possibly see from those photos we go a bit all out for the costume thing and my profile photo costume shows I have determination and some skill to go hard on a costume if I have a concept and motivation in my mind..That fish skin samurai took me 7 months pretty much full on in-between shift work...hahah I'd finish a 12 hour nightshift and get home straight into the shed to rock out a couple hours work as my head would be buzzing with ideas and I knew I wasn't gonna get to sleep before sorting some stuff out. was a really cool build...scraping and curing fish and eagle ray skins and shaping them to resemble dragon scales etc...hand stitching them to the armour parts hahaha..grinding paua (abalone) shells to give the glaive its unique shine etc...I'm always into learning new techniques to do stuff.

Wouldn't say I'm a sculptor by any means haha but would be something I'd love to start or have a go at. have been making molds and pouring plastic and soft bait fishing lures for about ten years so have some skills in that field...also in the little time I spent at Weta workshop I acted as a sponge soaking up as much knowledge and skills that I could....God that place and the people are so cool...they have a saying "you always know a newbie there...as they are always standing in the trophy hallway gazing at the walls in wonder" hahaha that was me.....will have me a trophy rack/wall/hallway or room at some point...

Will probably be sticking as close as I can to the movies if possible for the build...or to whatever reference material I can get hold of. Have found this site awesome so far...have been sifting through the build forum for some time...and on page 294 of 470 odd or something...soaking as much as I can up, bookmarking threads that will help...most probably go with the AVP as have located Vinmans? templates, But will no doubt put my own spin on things as I know my imagination will really take off on me at some point and go way off track in a direction as I will get some other theme or back story that sounds cool Ha! Will likely do the Upholstery foam Predator head...or give it a go at least, found some good huntorials on that...The Helmet will be out our Foam yet to find a template to follow...may just freehand this...have seen heaps of pepekura? files....but having a MAC instead of a PC has put me back a step with these...havn't looked into any Mac software for it at this stage. If you know of anything let me know! man have seen some neat .PDO files for stuff to make in the future if I can sort that out Ha

AWESOME Dobdanyt I am sure you will get your trophy wall just like Weta Workshop has! Now for the upholstery foam head i would suggest that or try Monster Clay ''Soft'' or Medium because hard is pretty much hard to work with for your experience at sculpting at the moment. Here is th e Jir'Xar character i made so far, he his a good Yautja (Predator) he defends earth from the invaders.... Jir'Xar (Yautja costume WIP) so it gives you an idea where to begin and what not to do.... I do have PDO files somewhere on my computer but they are all from the ''Predatorium armory'' which is nothing new really.... the best is use your imagination like you said do your best to replicate as best as possible from the movie costume and then add your personal touch to it .....