Ever since I saw this rosary on the big screen back in 2003, I had developed a fascination, almost obsession, for this prop.
However, over the years, I could not find any prop maker willing to venture into this project.

Headstrong into making this happen, I decided to embark on this project myself and found a local jeweler to collaborate with.
Based on pictures available on the internet and screen captures from the film itself, we modeled a prototype (both model and mould).

The character Nightcrawler is a devout Roman Catholic as can be seen in the movie, cartoons and comic book literature, for those who are wondering.

The diamond beads, the round centerpiece which can be a fitting symbol for the First Cause at that, and the crucifix which is made up of 4 roman nails (the type used in Christ's crucifixion) fused together are all made of sterling silver. The actual Nightcrawler rosary is made of sterling silver and I made sure to stick to the original material.

Some might have mistaken the cross as being made of horseshoe nails but no, it's actually crucifixion nails.

Notice also the round centerpiece having the appearance of a rounded Roman nail which coincidentally resembles Nightcrawler's tail !

I strung the rosary together using stainless steel wire.

All in all, the rosary has a gothic feel to it, as is the character of Nightcrawler in the comics and movie.

I myself scoured shops for the correct-looking beads and chained the rosary together while I left the silver pieces to the jeweler.

Sure, it may have cost me $$$, but I am very much happy with the final product.

So here it is in the flesh, my replica of Nightcrawler's gothic rosary! 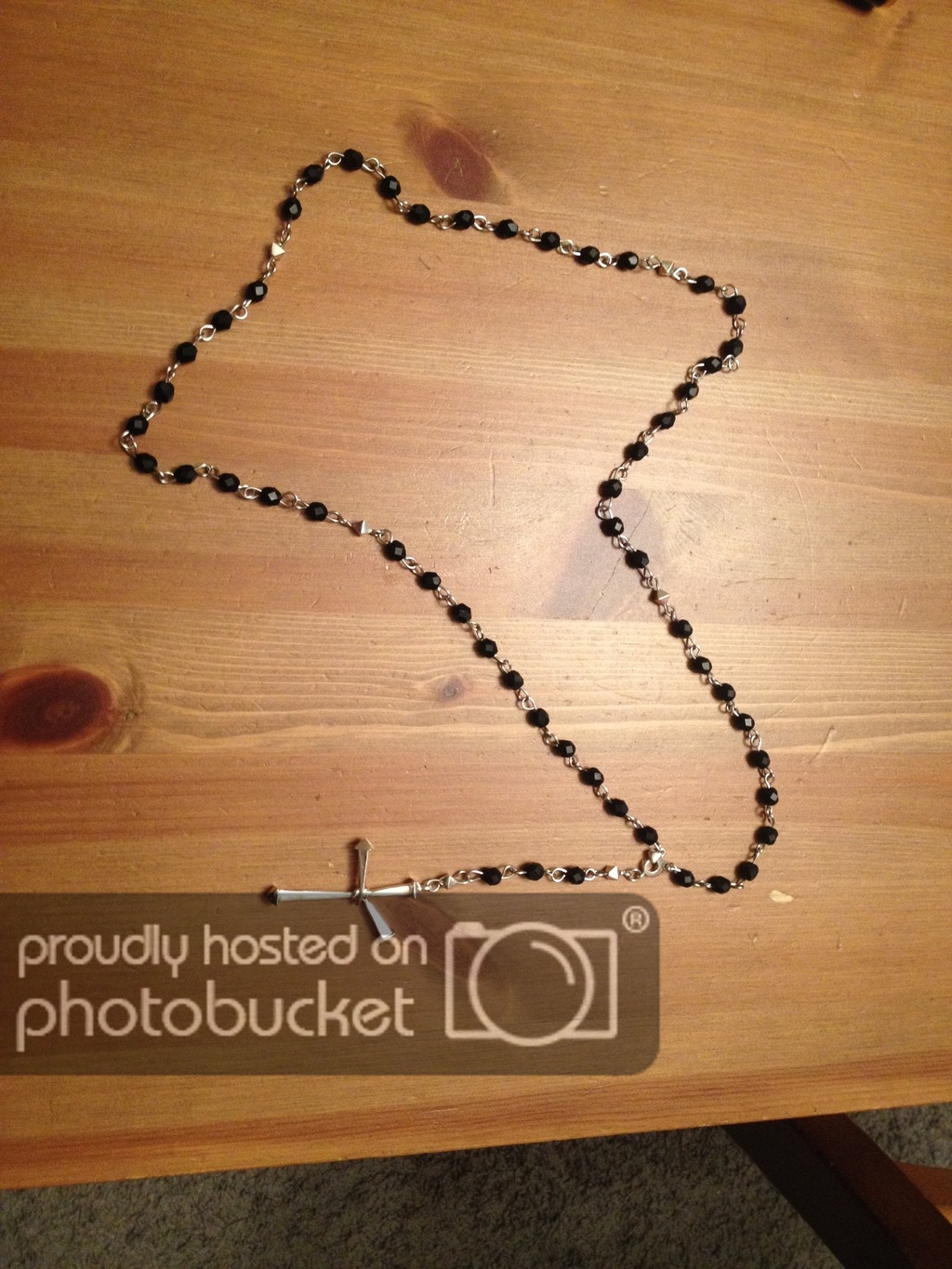 Willem Dafoe GREEN GOBLIN HELMET on the cheap by Rehauling an Xcoser Helmet!
2 3