How do, and a bit of an introduction first and a small apology, we spell it 'armour' over here, you'll have to get used to it my foreign readers


My names Chris, I live over in the UK and have been a bit of a lurker off and on for a couple of months now. Hobby wise I've been a Games Workshop Gamer for the last 19 odd years, but also have been doing Live Roleplay for the last 14 years.

Until recently I helped run a Sci-Fi system called Shadow Wars, a kind of Syndicate Wars meets Mad Max meets various film franchises, however I've now done my tour of duty as staff and have returned to being a player.

Since I'm starting a fresh as a new character, I thought I'd go make something special, ripping off as many of my favourite comic book and computer game characters as possible along the way. The character itself is going to be a futuristic, maverick Cop, imagine Judge Dredd with some charisma, oh, and British


I've finally decided on a style of armour I wanted to go for, having jumped between the obvious Dredd-esq armour, to the Mass Effect N7 armour, I've come down to the CoG armour from gears of war. Now the CoG armour will form a basis, saying that, theres various bits I want to intergrate into the build, Things like the Arc Reactor, various EL Wire bits like in Tron and Mass Effect, and a couple of other potential bits. But thats down the line.

So, first off, I picked up a Transformers Bumblebee helm, stripped in right down and removed the blue visor that I doubt would resist a direct BB shot. Im not gonna try it out since I dont have any airsoft stuff here atm. 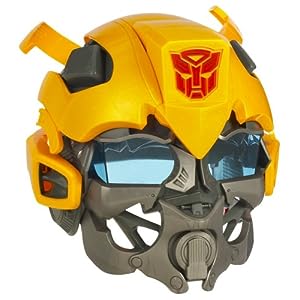 With all the bits off the side, and the visor taken out, I can actually fit my regular shooting glasses on underneath with a fair amount of comfort. Following a quick test undercoat of black spray, bar the Autobot symbol on the crest, you couldn't really tell what it came from. The symbol will get covered up with a new badge, when I hit that stage of the build, but for now I'm fairly happy with how it should turn out.

With that put aside for now the next step is the more interesting bit, the body armour. Now I've spent the last few weeks searching for different armour styles, different ways of doing them and different materials. In the end I've gone with a basis of some CoG armour from the Gears of War series, since its nice, big and bulky and an awesome base for some of the stuff I want to do to it.

First off was the weird bit, and something you should never have to ask some one to do for you unless in certain situations, and only if your into that sort of thing.

Putting on an old T-shirt, I asked my mum *crikey* to bind me up in gaffa/duct tape... *shock horror* a couple of funny looks later, I got the help needed and with a bit of heroic posing, came out looking like this *cue laughter*

I probably should have got silver gaffa tape rather than black, it might not have looked quite so bad... lol.

Next step was to be cut out of the 'cast' from the back *carefully kids*, then re-tape the cut back together. I then stuffed the cast with a huge cushion and a few bedsheets, to bulk it out sufficiently.

Then onto the fun bit, cutting out bits of card as templates for the foam, which is where I'm up to currently. Obviously its not a direct copy of the CoG armour but from whats done so far, you can see the shape forming.

The foam I'll be using should show up tomorrow, so I'll hopefully get the majority of the templates done today, so that I'm all set to kick start it all properly tomorrow.