RPF PREMIUM MEMBER
I wanted to show off my Kermit the Frog replica I've spent the last 2 months putting together. This is version 2, version 1 was my prototype to work out pattern sizing, assembly, etc. I had started with the Master Replicas poser patterns that are floating around out there, but ultimately threw out because there were many sizing issues once put together into a working puppet. So everything to get to this final Kermit has been trial and error (lots and lots of testing and redrafting until it felt right.)

I had a goal of using all the accurate materials - he's made of Antron Fleece that has been custom dyed, his feet, mouth plate and frill are all Ultrasuede matched in the accurate colors, and his body, legs and arms are foam construction, with a gasket rubber mouth plate, wire armature fingers, and custom ping pong ball eyes with adhesive velvet for the irises. He's built mostly through hand stitching (the infamous "Henson stitch") and contact cement (Duo 88). All told, about 200 hours of development on the prototype, then an additional 40 hours on this one, which was my finished Kermit. Both hands have rod pockets for removable arm rods to operate.

I was going for the more classic late 70's early 80's early Muppet movies look - that was the Kermit I grew up with.

Brought him out for the second day of StarFest '15 in Denver - with me as 70's Jim Henson (complete with beaded mic headband) - more pics of that later.

All in all, I'm very satisfied with the build, so I wanted to share the results.

The first three pics are on a temp display stand: 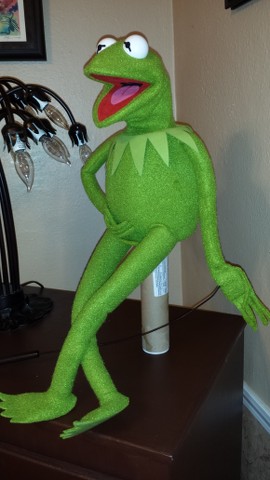 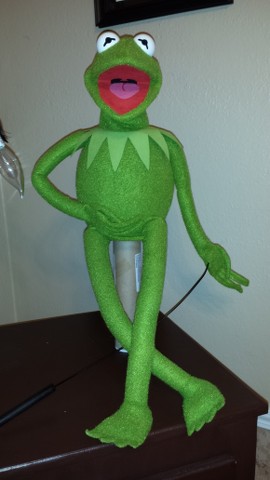 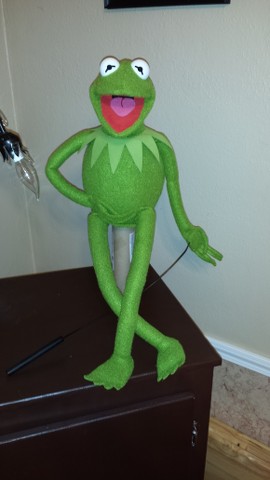 His head always looks better on the hand, as it's all hand to give him the shape, so here he is "on hand": 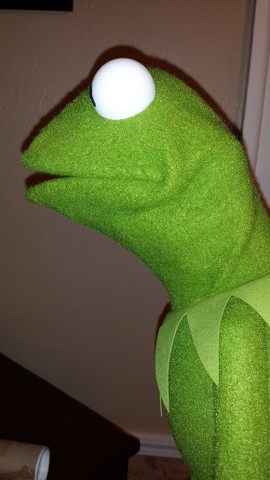 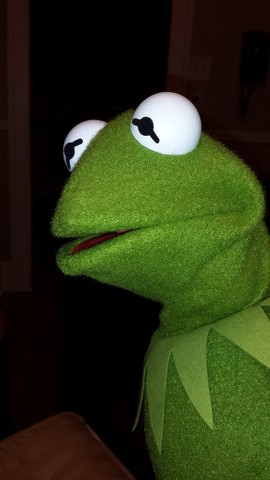 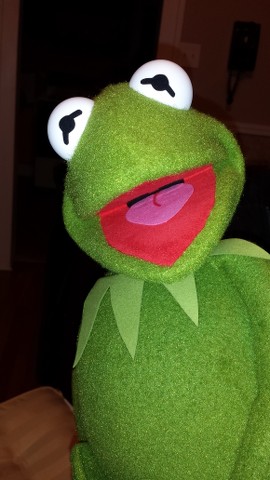 RPF PREMIUM MEMBER
Beautiful Bro, can't wait to see the pics of you as Henson! :thumbsup

The skills and talents of the members who post here never stop amazing me....
Kermit came out fantastic!

Amazing, Henson himself would be impressed.

RPF PREMIUM MEMBER
Thanks! I've enjoyed the process. Going to be making 3 more of him. Then it's onto some other projects.

We didn't get many pics on the con floor, but here's some of the whole costume before we went. 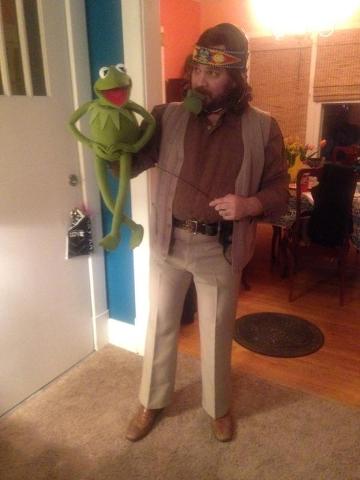 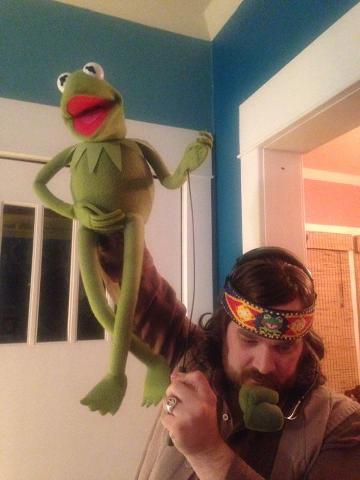 RPF PREMIUM MEMBER
Man you even nailed the headband!!

You did a beautiful job !! I agree with an earlier post,I think Jim Henson would be delighted with your work !!

Nice touch with the detailed headband for Henson.

RPF PREMIUM MEMBER
Here's some better shots of the headband.

I created the pattern in Photoshop, then put it through a beading design program to give me the beading template. The loom beading took about 6-7 hours. I scratch built the leather band of the headset with velcro in the back for sizing, backed the beaded strip onto canvas then cemented and stitched it onto the leather, and I cobbled together the boom arm from a vintage operators headset, a gooseneck lamp, and some odds and ends hardware. The headstrap is from an old set of broken headphones. 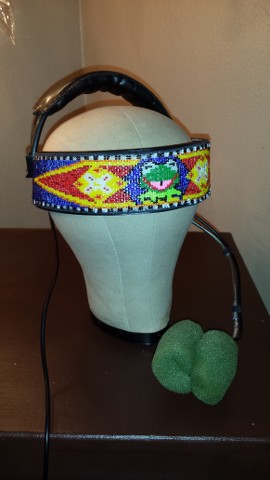 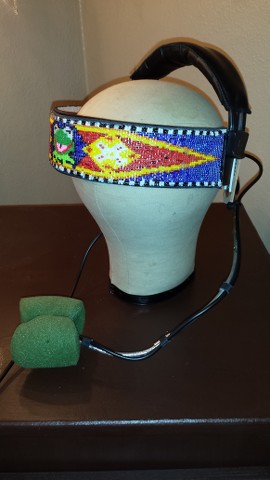 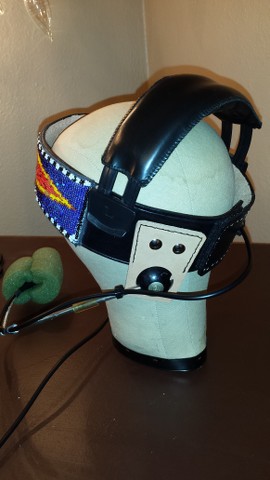 I'm planning on a having 1 or 2 Kermits available for sale the in the Junkyard very soon, before I put this project to bed.