RPF PREMIUM MEMBER
I didn't see a thread on it yet, so anyone interesting in helping out and/or replicating the new Hellboy Samaritan, this is the place to be! These are the screen grabs I've got so far. Any suggestions for a better way of posting large amounts of reference pics? Photobucket really sucks...... 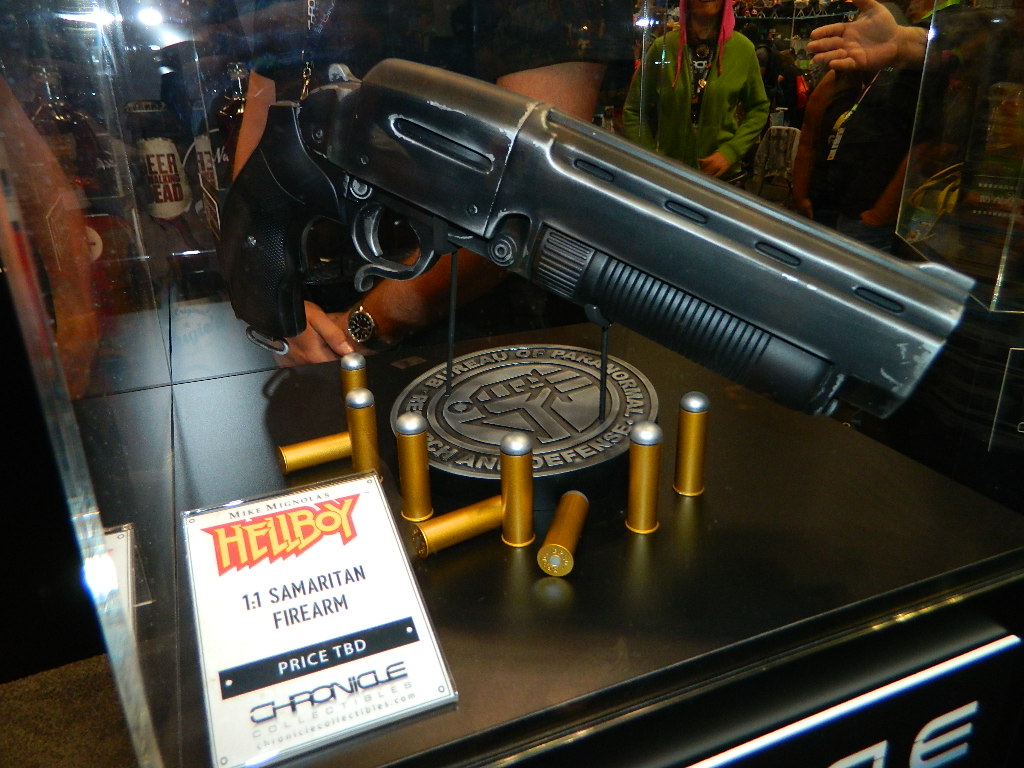 I started the following thread a little while ago but happy for it to be here.

The base looks to be a WW2 German Heer flare gun. I did track down some good info on it and some measurements. I will try and track it down again.

Also this video from NYCC 2018

looks really cool, and I dig this one more than the previous one, but it does kind of look like those bullets in the case are a smidge to long for the cylinder to me. probably just an optical illusion.

RPF PREMIUM MEMBER
Thanks for contributing! I had no idea there were two versions in the movie, so very interesting video clip there! Which one do you guys like the look of more?

PS. Yea I think that's just an optical illusion because of the close up wide angle view

I dunno. It has a cool look. Bit of a shotgun look at the back. I wanted to be all over making this prop but the reviews have somewhat crushed my enthusiasm...
Will see what I get done over Christmas.

RPF PREMIUM MEMBER
that would be cool to own.

i think its a great weapon. i do wiish he would carry both. like the original samaritan(i like the idea of having a throwback to the first 2 films in there) being ole faithful he will pull out for the lesser creatures then pull this one out for say the giants like we saw in the trailer. overall though i really do love the design. just sad to see the old samaritan go ^-^

I saw a clip and it looks awful..I love movie guns but not in to this new look..but whatever you like go make it ..

RPF PREMIUM MEMBER
Good side shot of the new Samaritan. Handle looks a little too short: 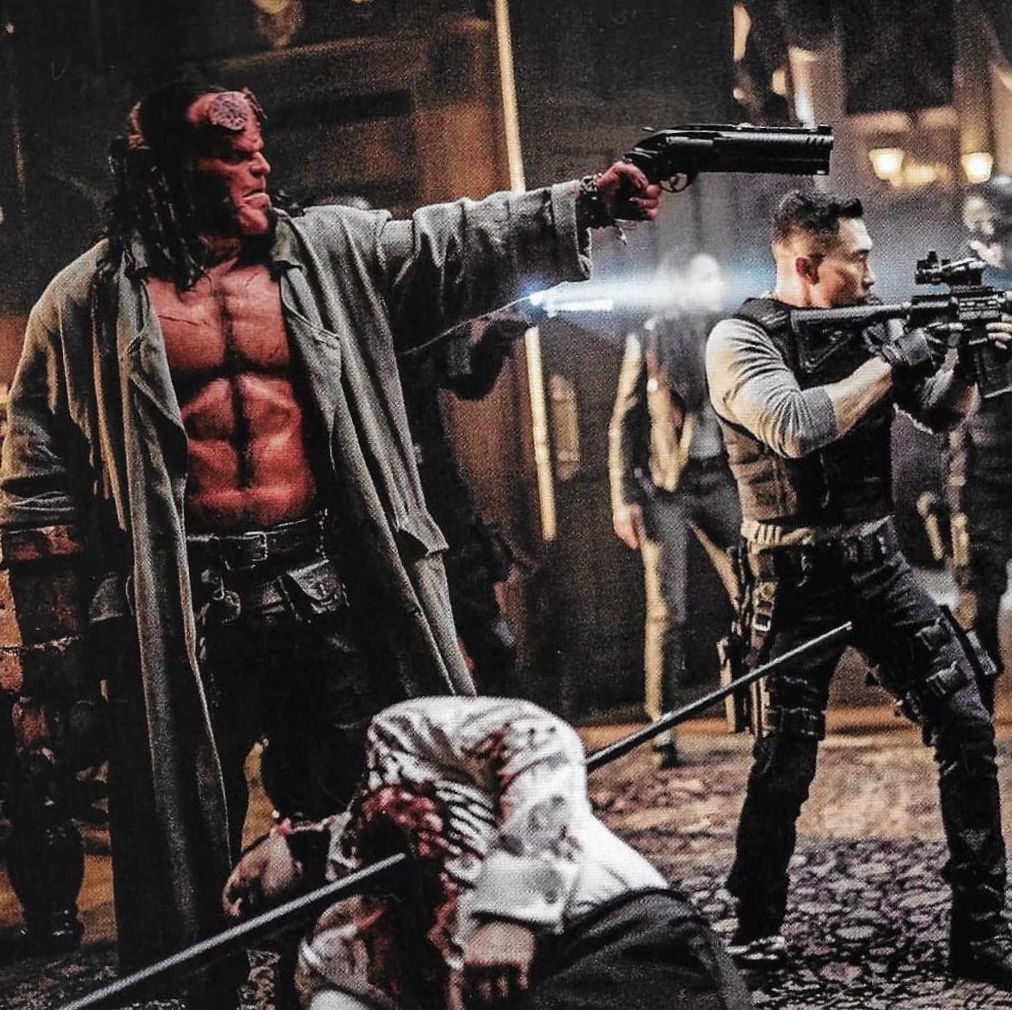 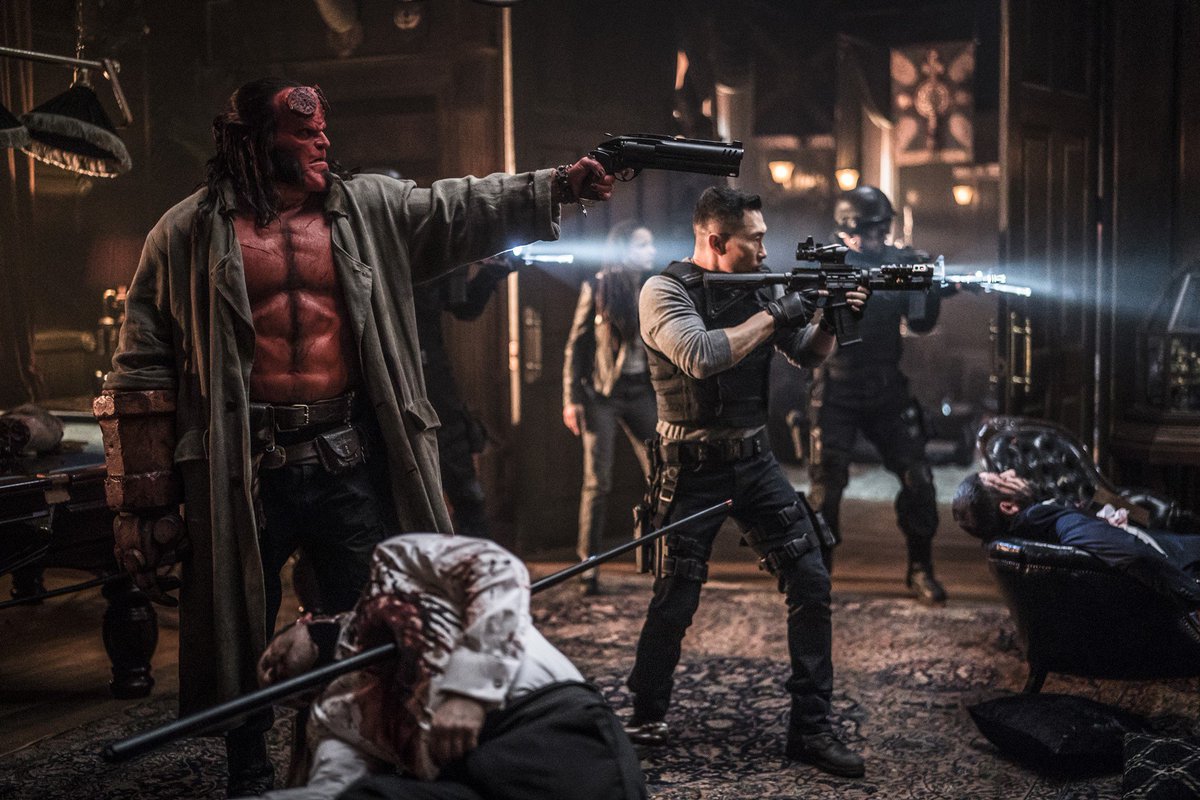 I'm very curious about his new revolver. My first impression was "That's a dressed up smith 460 or 500 revolver." and then I noticed the cylinder lacks the locking notches needed for a revolver to index properly. BUT, I also noticed it has a rod on the side to eject empty shells, along with a loading door behind the cylinder. Should be interesting (for me at least) to see what they show in the movie. Because that would be a very slow way to load & reload.

RPF PREMIUM MEMBER
It really is a mediocre design... 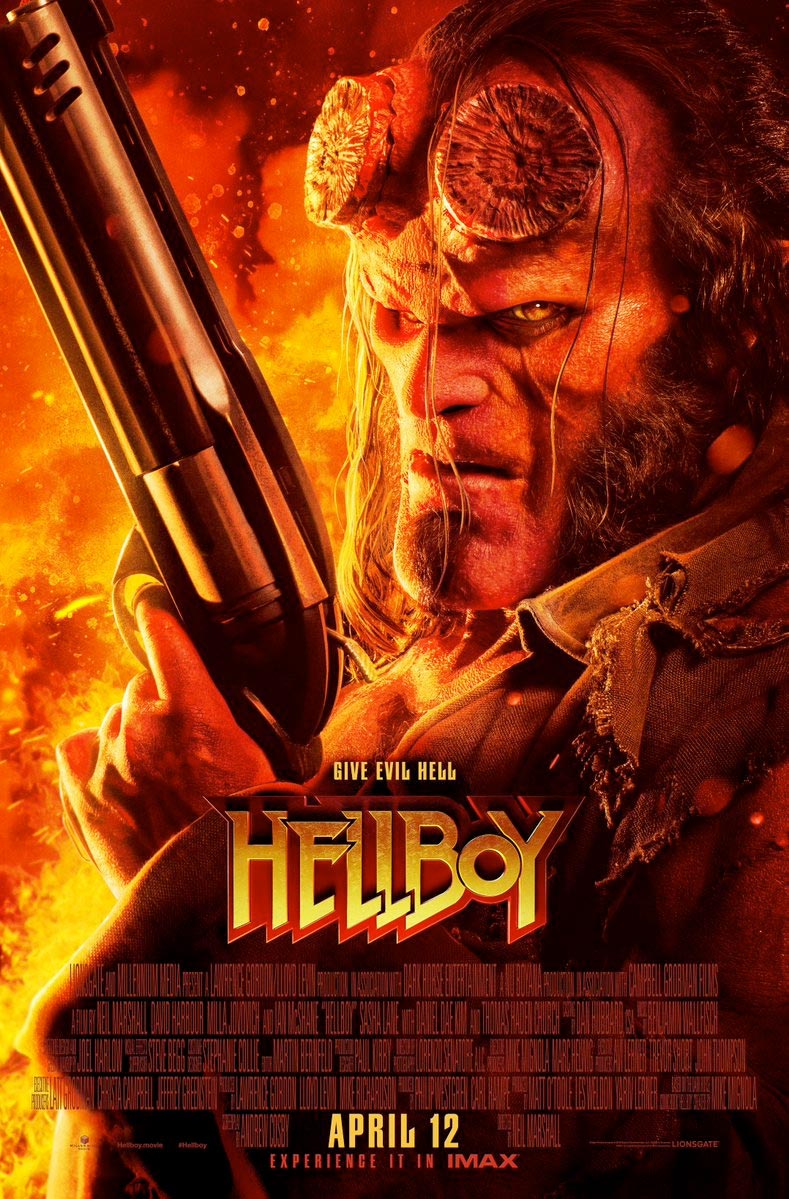 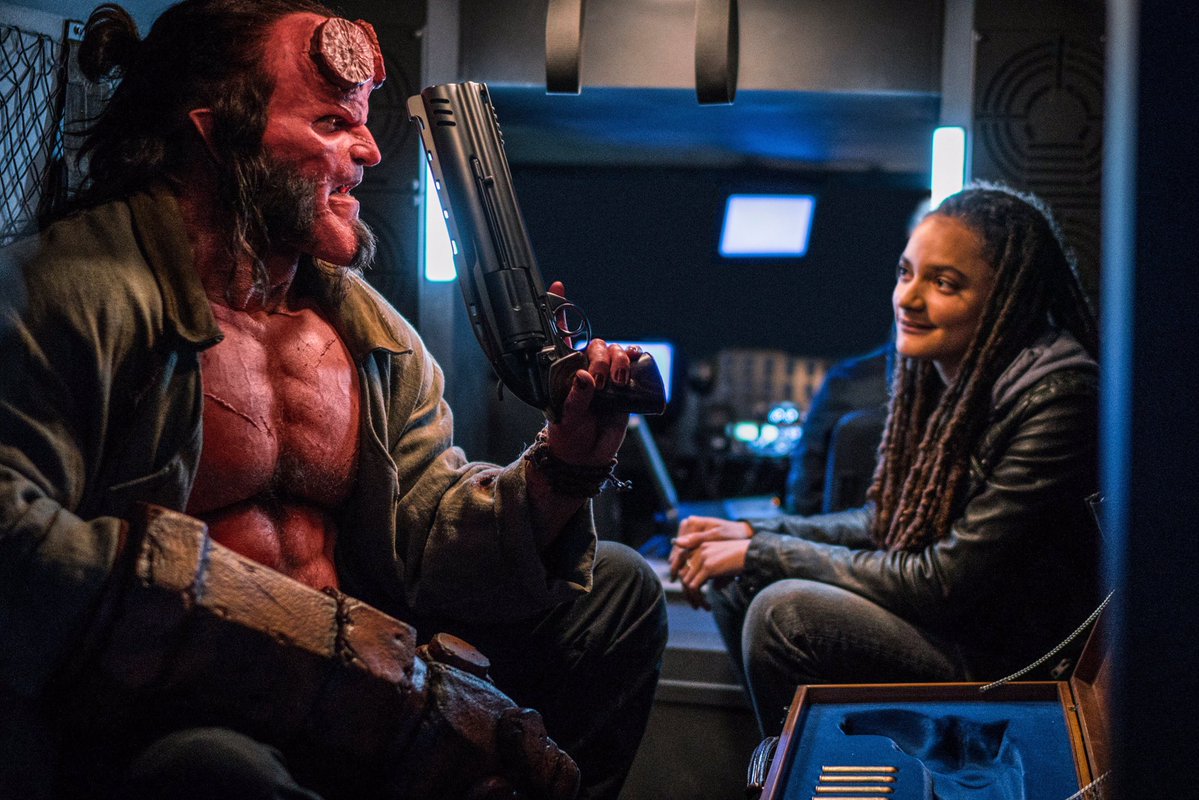 I suspect it reflects the film. Merdiocre. That said, I still can't wait to see it as I'm a big hellboy fan.

If they had decided to hide the hammer, insead of adding that oddly protruding custom job that looks like it's going to catch on everything, I'd certainly like the gun a little bit more.
S

That arm looks very square..& his gun looks "out the box" New , also he looks more like a gargoyle in this movie..wish they had done one of the Richard Corben illustrated tales ..

Yeah the arm isn't round. It's got sort of an octagonal shape I do believe. The gun is new out of the box. Professor Broom gives it to him for the film.
V

The thing really jumping out at me is that the gun in those two photos from NYCC and the ones in the stills just clearly are full stop not the same gun? Given the wear and tear on it, perhaps he starts with the first gun,and then gets the new one when Broom presents it to him in the film?

As for the film, I have a lot of fanboy nitpicks about it, his hairline being way too high on his head, Daimio's transformed self being kind of amusingly small compared to what he is in the comics (Not to mention we never see he and Hellboy actually meet in the comics), the fact that Broom seems to have been remade into a much gruffer sort of character, etc. And I dont love the new arm, it's way less interesting visually than the old one, not to mention it almost looks like metal compared to the stonework and engraved look from before. That said, I'm gonna see it opening weekend, cuz I'm a huge Hellboy fan and want it to be good. Who knows, it might be great.