Hey guys, so this is a project I've been really wanting to do for the past couple months now and have been working on each night.

So a little over a year ago I created my haunted mask replica from goosebumps which actually became my top selling mask. 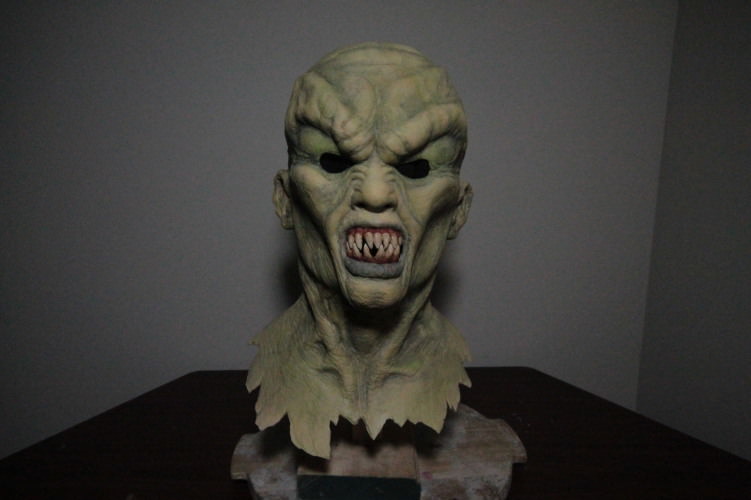 Since then I've made so much progress sculpting wise and have made so many copies of these that, each time, I noticed little things that just didnt sit well with me about some of the forms. So I decided I would get the best reference material possible and really make the definitive version of the haunted mask!

Here is the initial turn around; 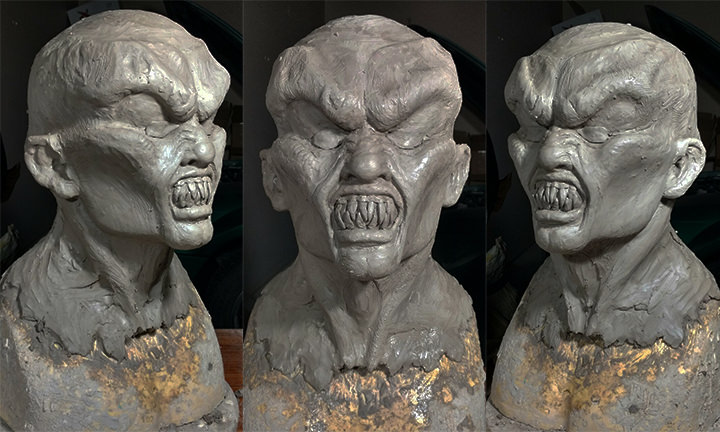 rough comparison of both sculpts, previous on left, new on right; 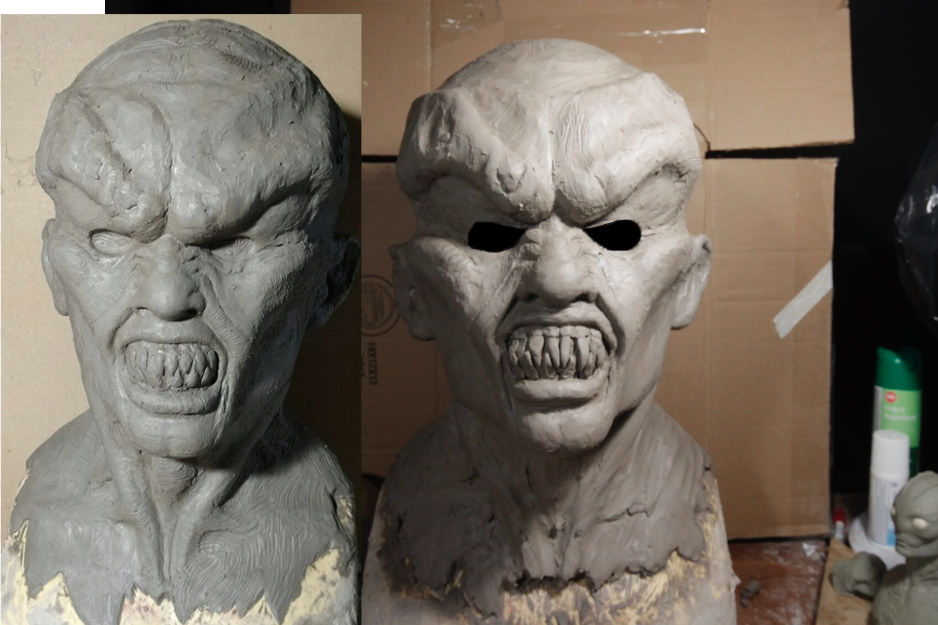 The thickness and dynamics of the forms, i.e; cheek bones, brows, cranium shape and size ect. really became noticeable to me and I wanted to really make them as close to the original as possible.

Will be taking some pics after each sculpting session and posting until complete! Thanks for looking!

The haunted mask was a huge part of my childhood, I will be watching very closely here! It looks great so far.

The Cain Productions version that TOTS is now making was really good but felt there were a couple things off about it like the mouth being to small.

Thanks guys! So here is where i am currently with the sculpt; 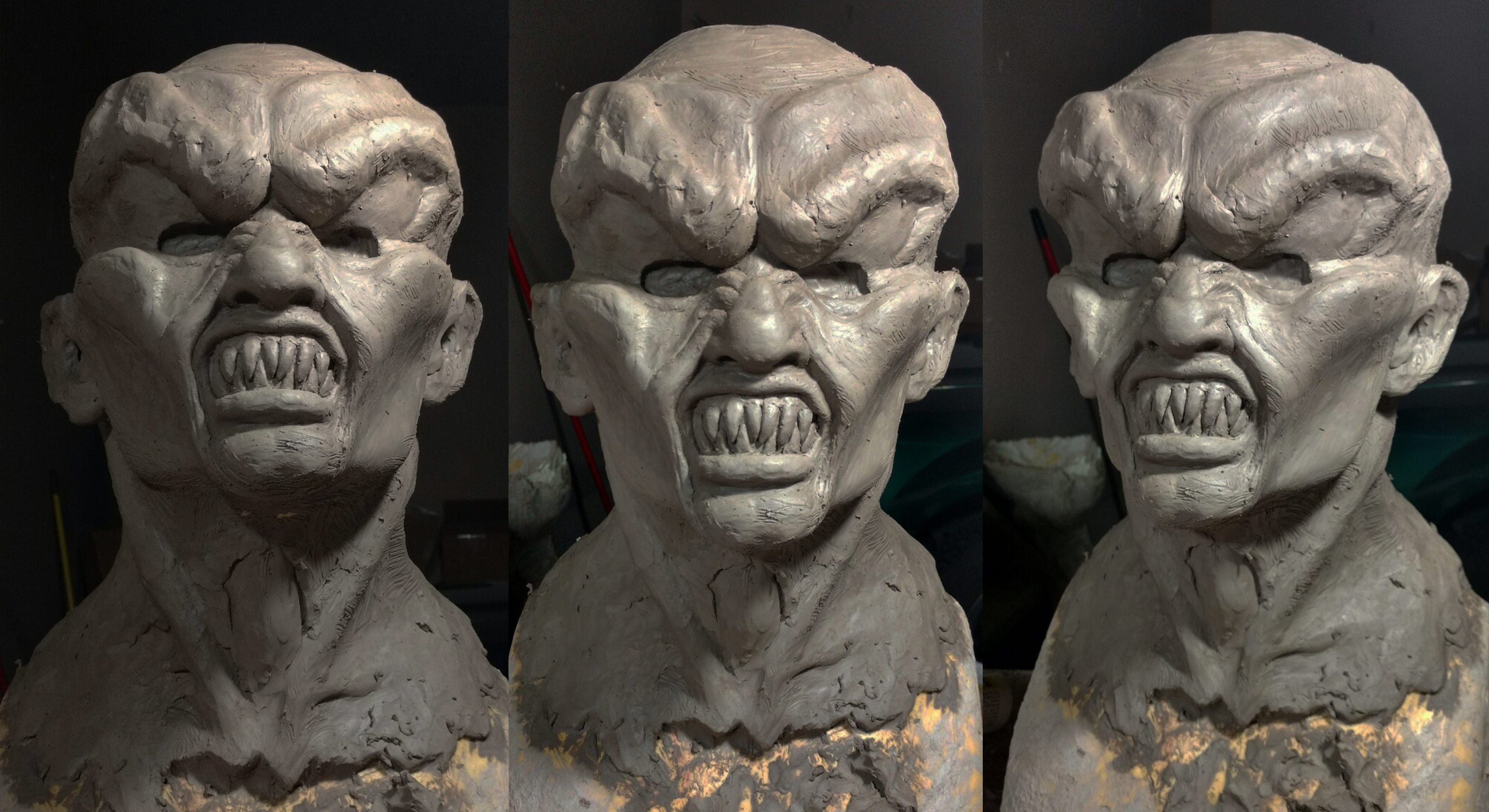 Still things I see that need to be changed, jaw needs to be a bit more curved and thicker, need to refine the nose a bit and make around the lips a bit more, but coming along well.

Ive also made some resin teeth as an option instead of the sculpted ones, to reflect the makeup version in the show. Moulded in silicone and casted in smoothcast; 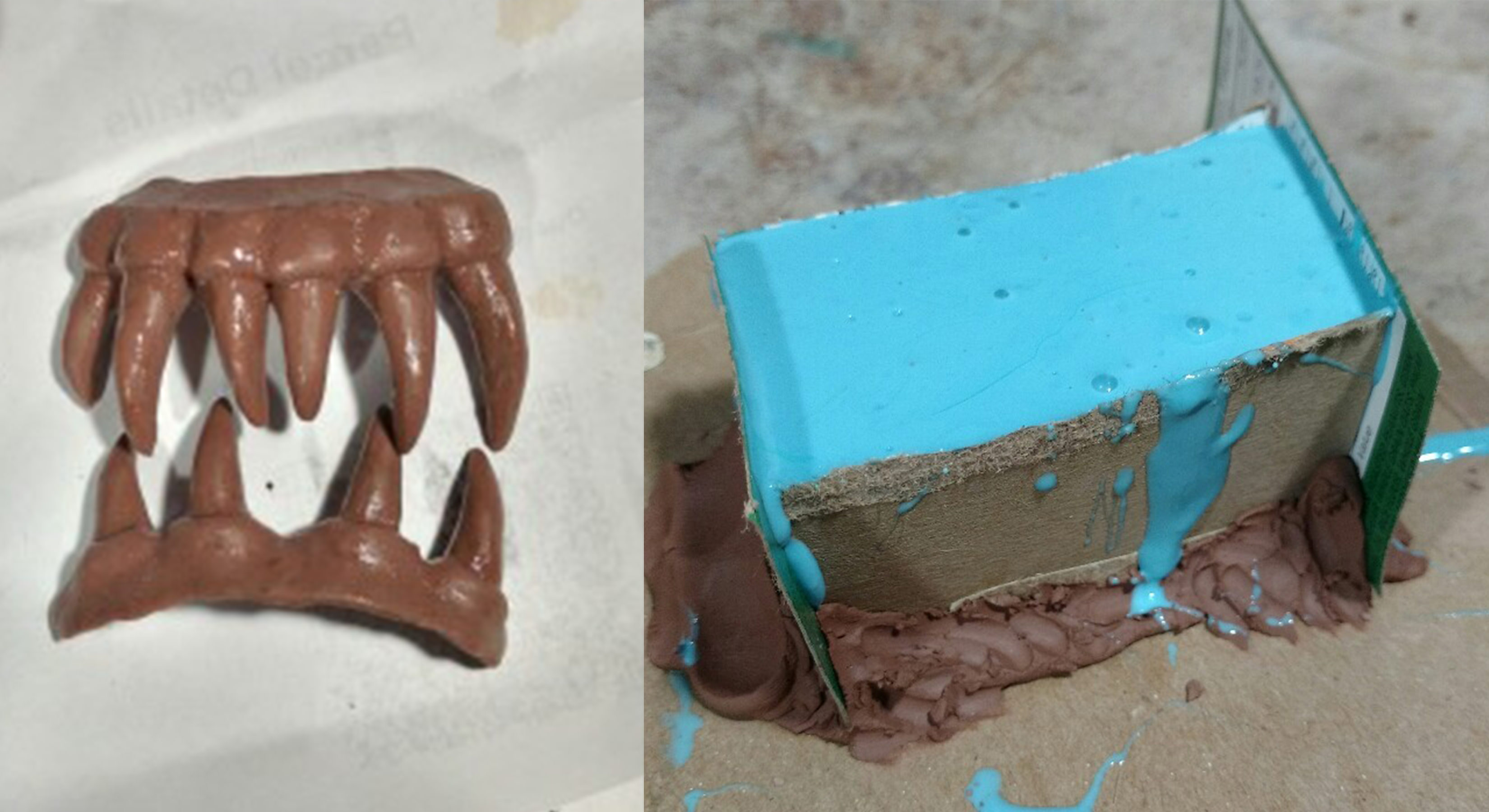 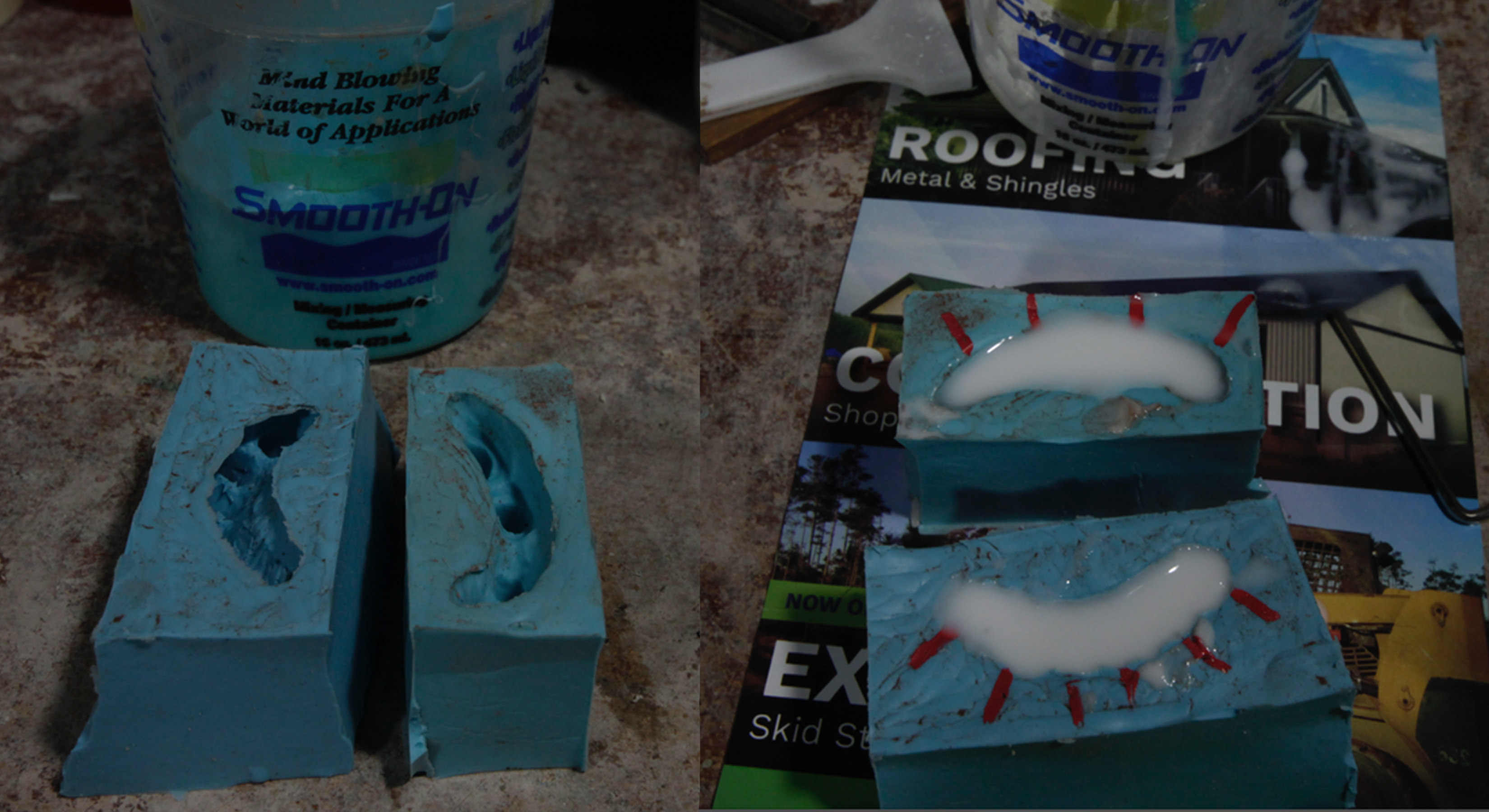 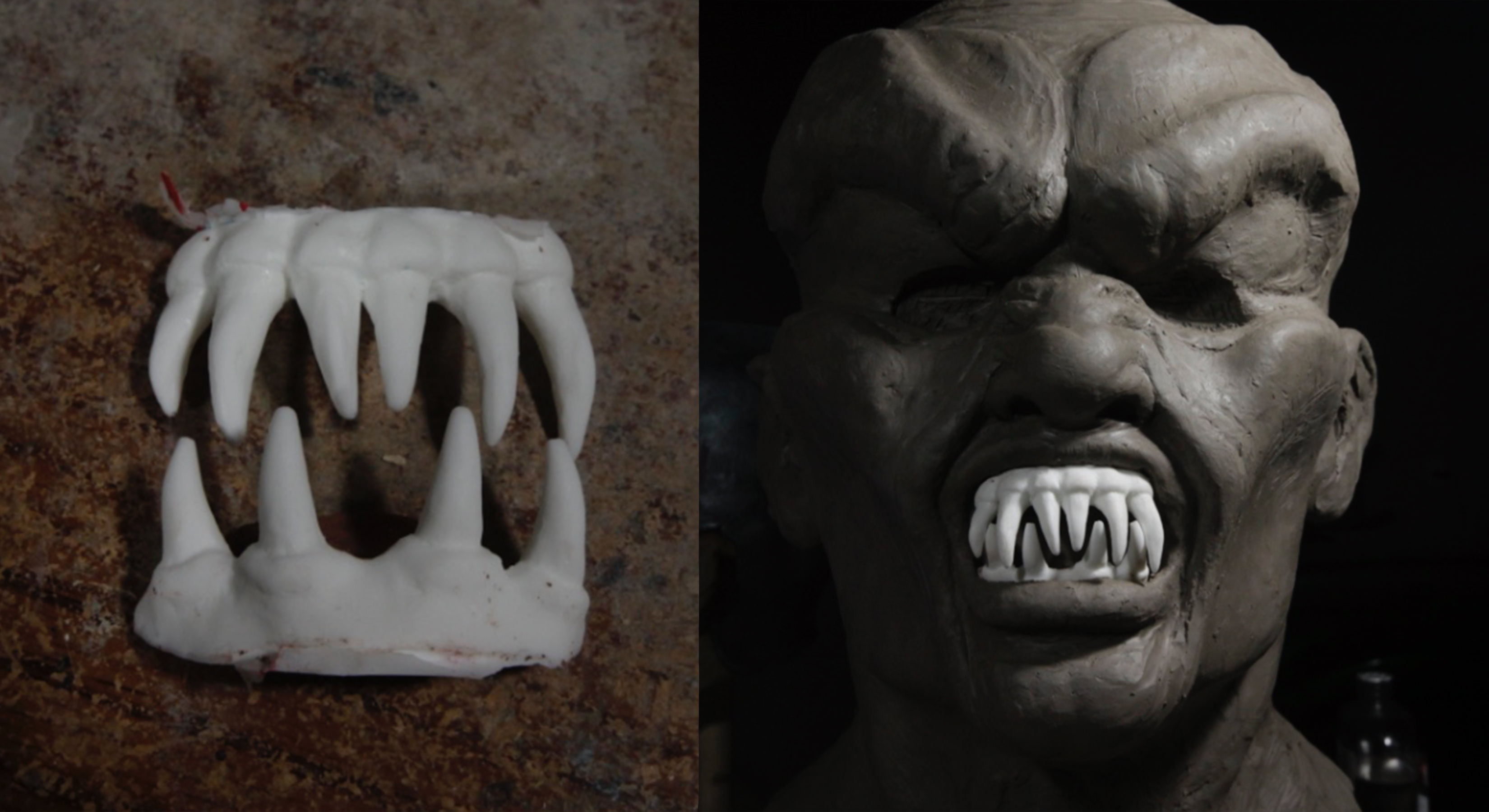 Wow this has to be the best replica I've seen! I still have the official haunted mask they made when i was 5.

Wow that is looking really good.

I have seen your first one a few times and still absolutely love how you painted it. Everything about it screams vintage to me. Beautiful work.

Wow, I am looking forward to seeing the finished product. This will scare and amaze the people that will see it.

I've since completed the sculpt, about two weeks back, just been swarmed with orders to fill before halloween so havent had the time to post each update. Anyway here is the turn around of it; 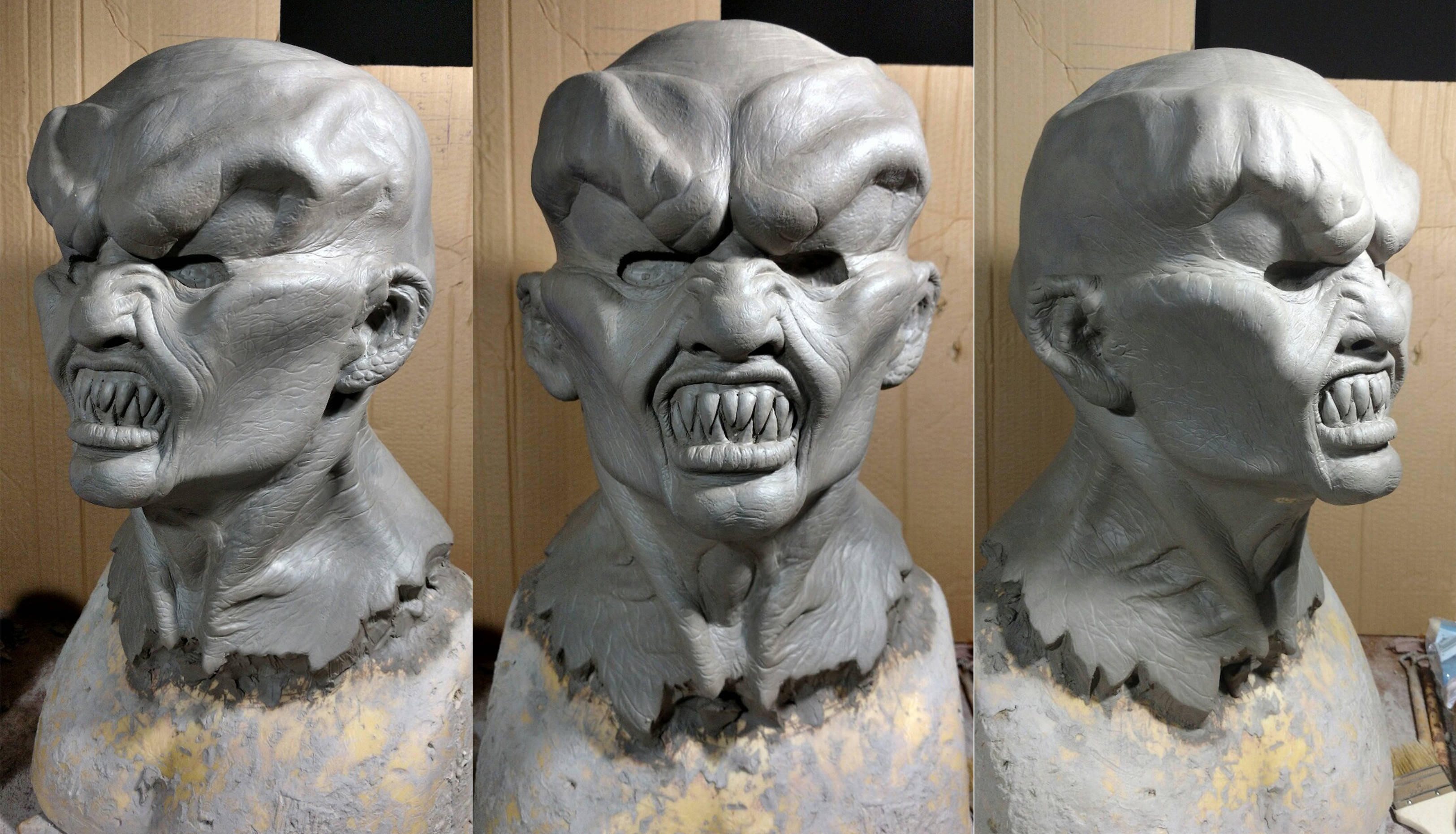 I've got one casted up, and will cast another right after I pull the first one out. One will be with the sculpted teeth, the other will have the resin replacements glued in for the overhead makeup look. I'm going to order in some acrylic within a few days and maybe will cast them up in that for a really close look.

Will post some high quality pics of the first pull when complete, I really cant wait to get it finished and try it on!!

Heres some alternate snaps I forgot about! 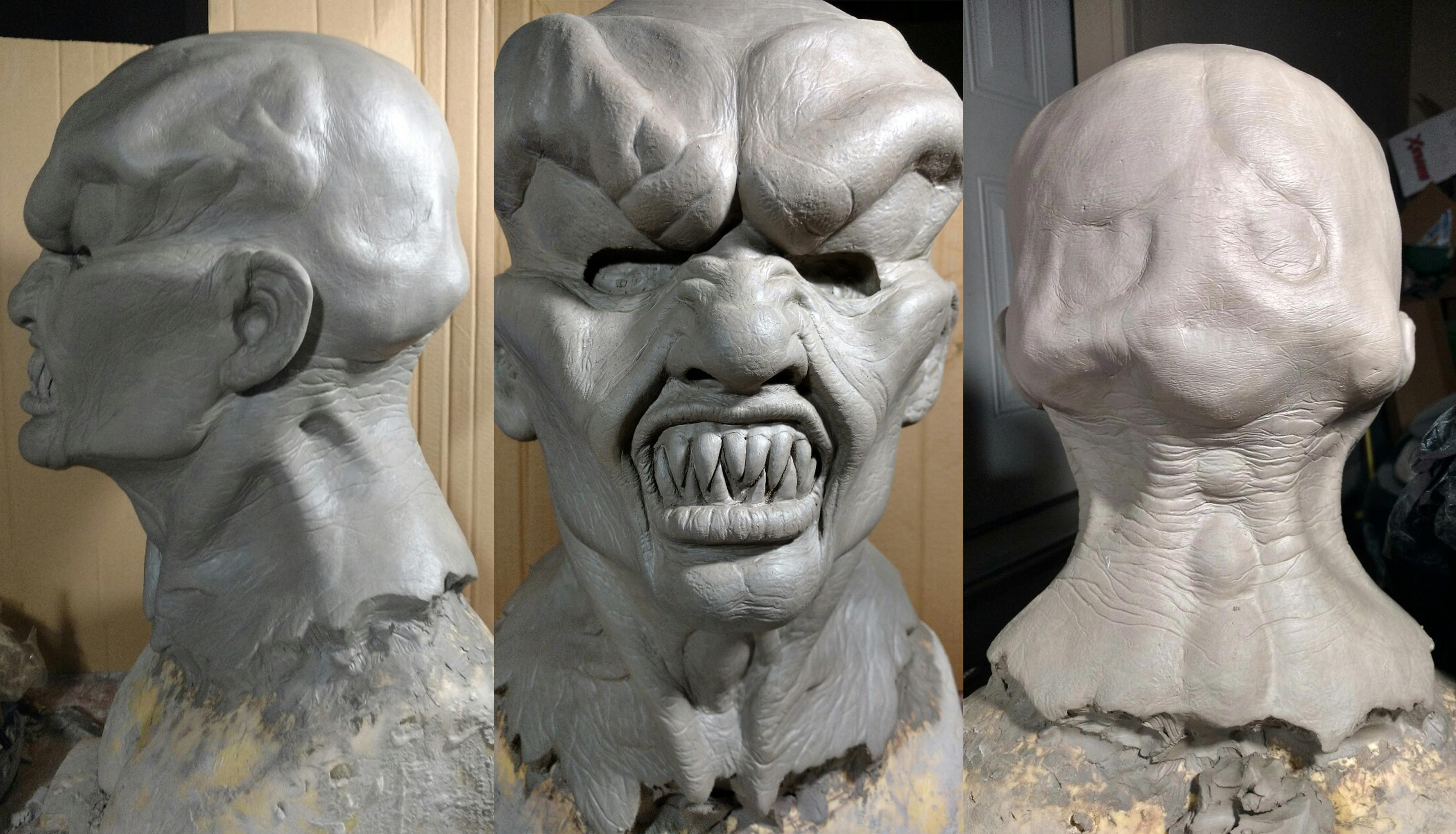 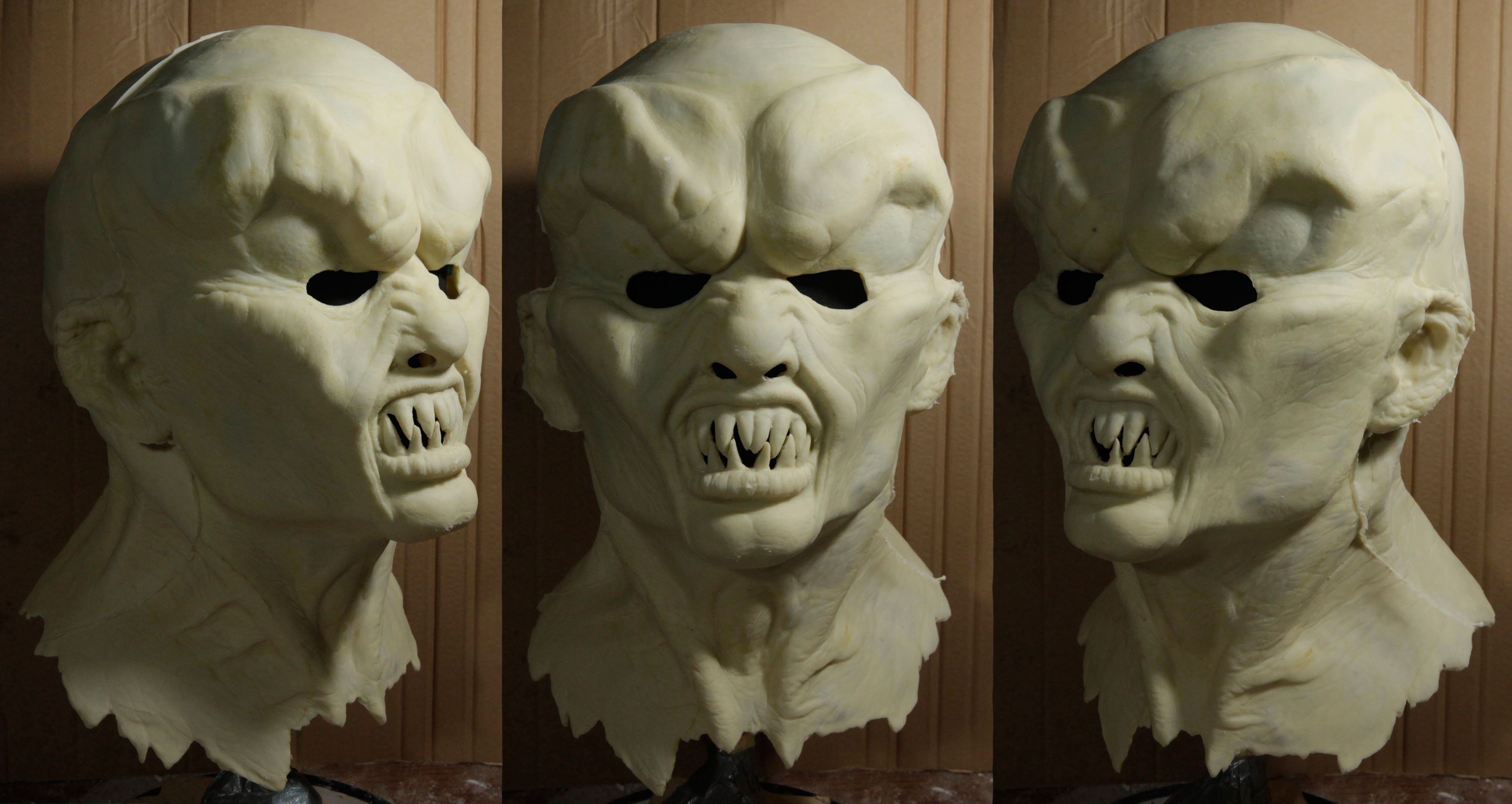 Freshly pulled blank!! I have to get some new dremel bits to be able to seam it properly tomorrow, but here is the turnaround of the first pull!!

I'm going take a picture of me wearing it tonight and will post that next!

Thanks for looking!!
S

These are amazing! I would love to see more of your works.

I can not wait to see this bad boy all painted up!

This is awesome. Definitely keen to see your progress/paint shots, and will be very interested if you do a run!

Any updates on the finished paint on that casting?

Hey guys! Sorry for the delay in posting the finished pics, been just swamped with orders to fill and really havent had the time to scrape up. Here is the most recent finished version of this mask! Just announced it yesterday through my instagram page. 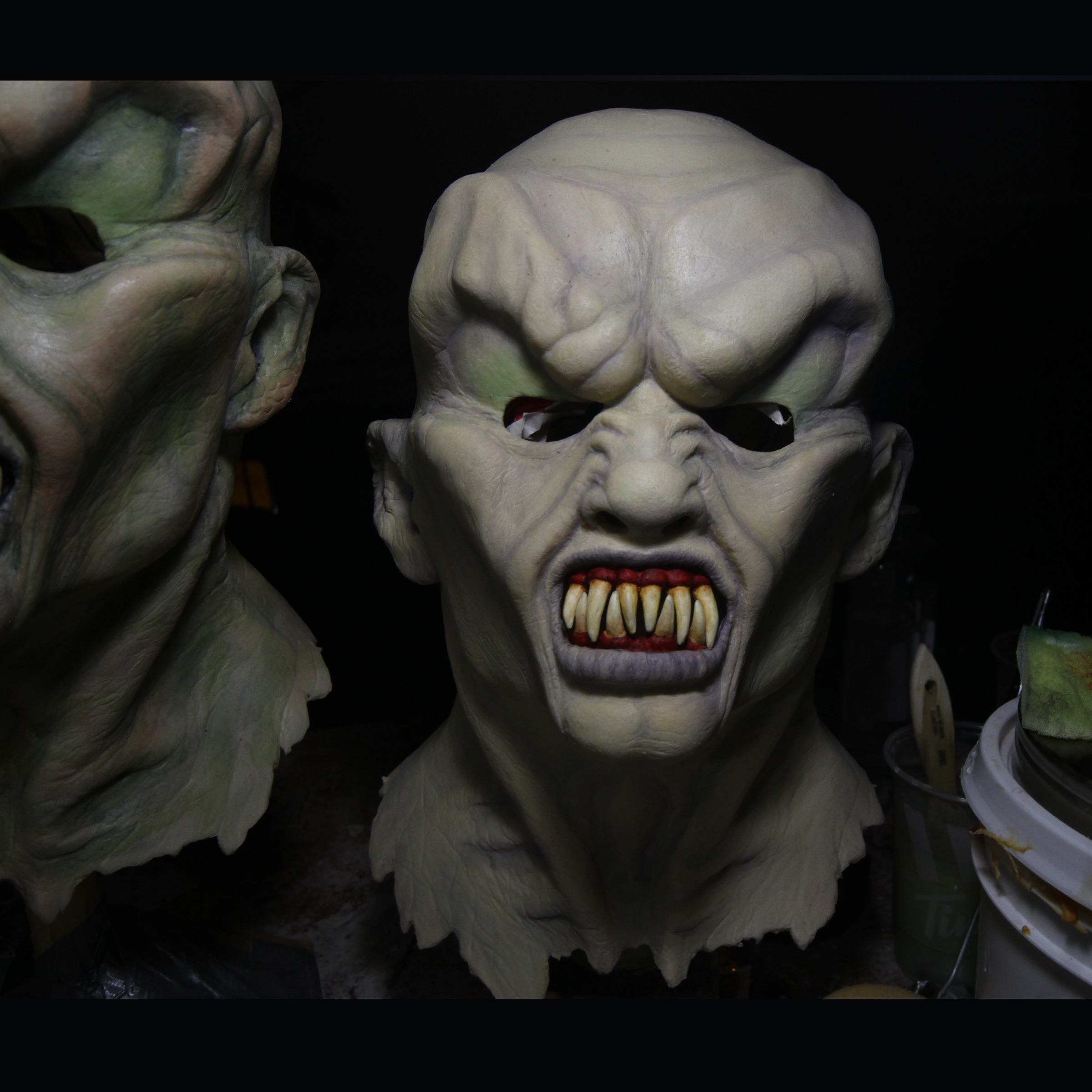 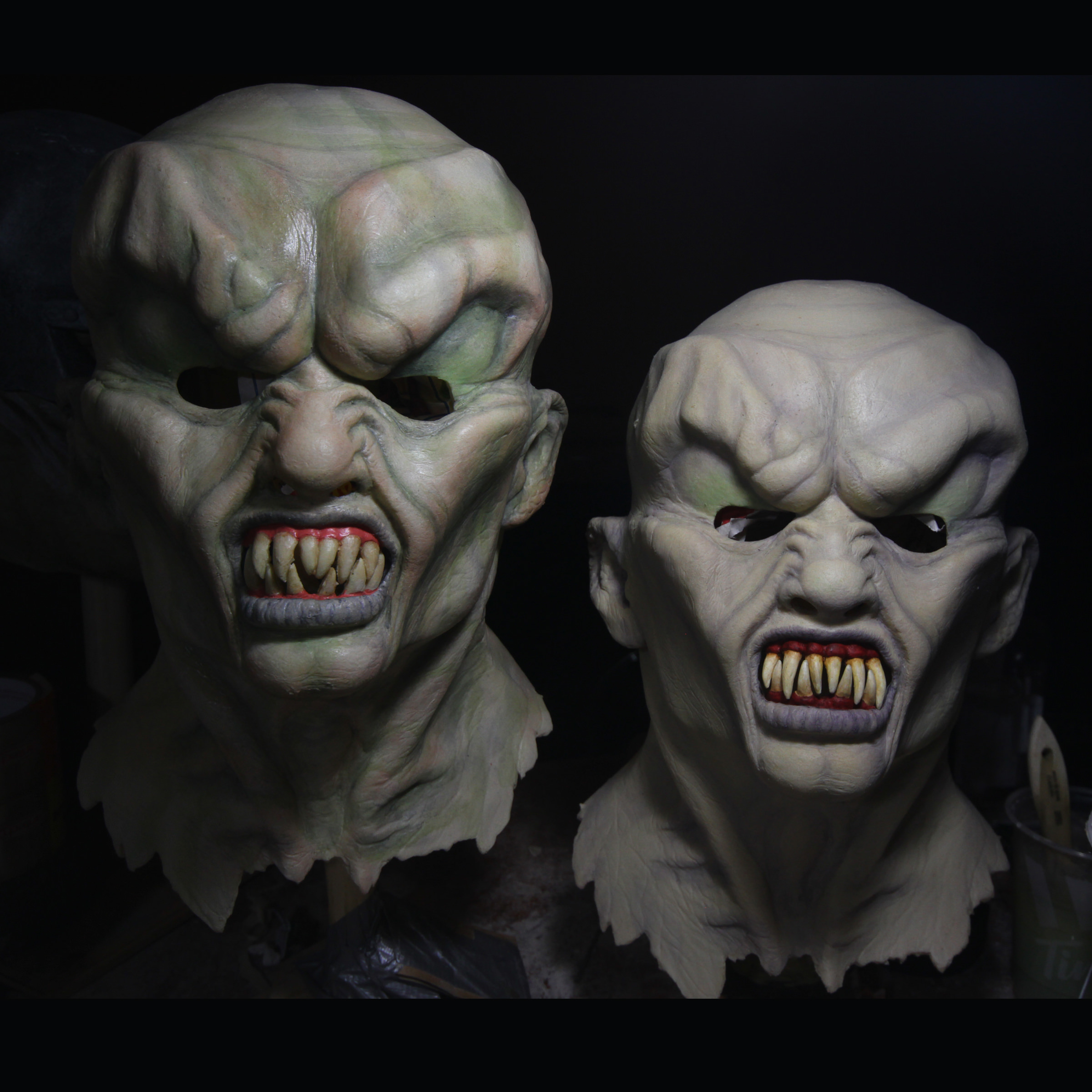 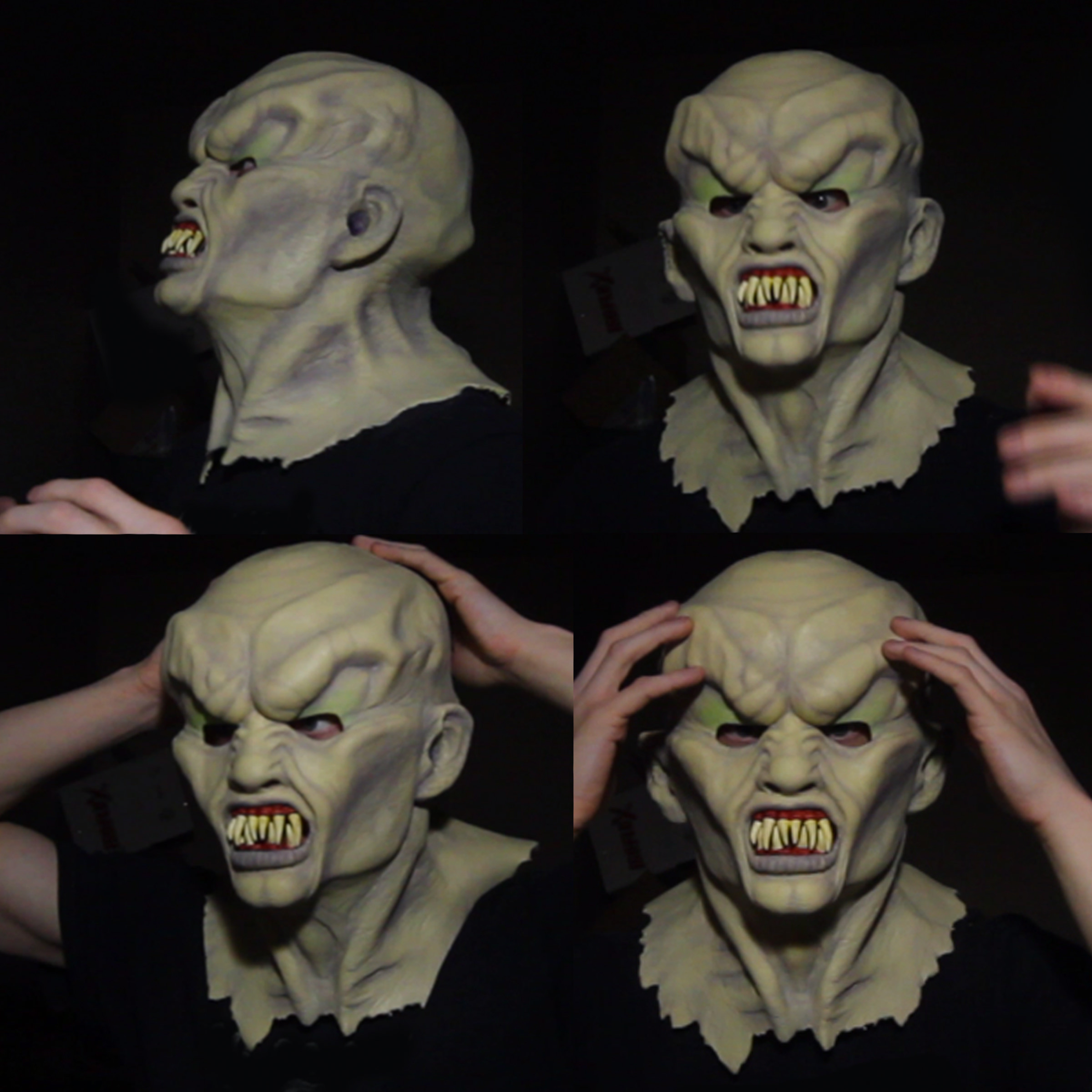 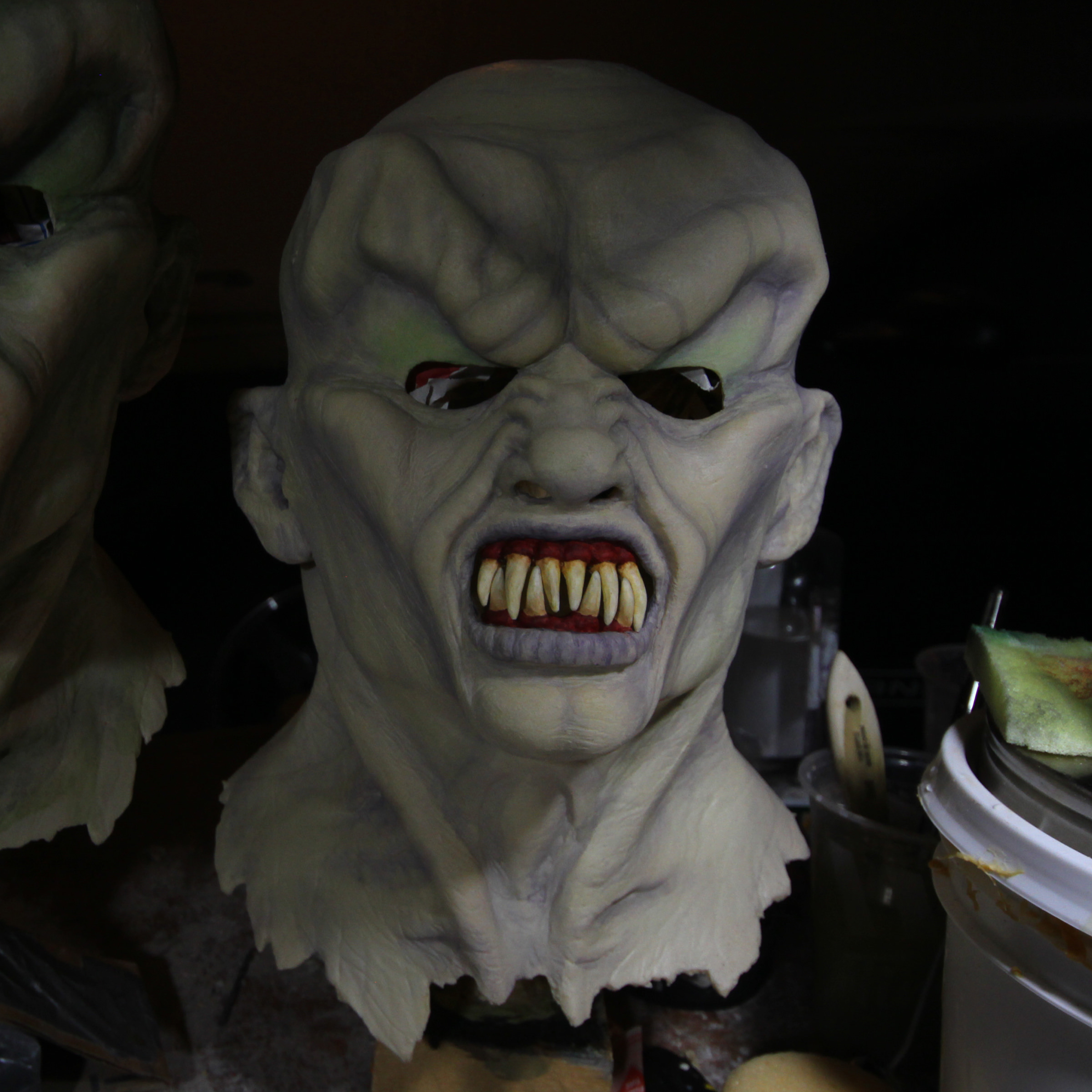 WOW that is amazing. That sculpt blows Cain Productions take on the mask out of the water. how much are you looking to sell them for?

I still regard the original Caine prod version as one of the best versions of the mask but of course I wanted to really do my own thing as best as possible here. I believe I will sell the ones with resin teeth for about $235 USD shipped. Still need to make the listing on my etsy once I get through a few orders.

Out of curiosity, how does this new sculpt compare to your first in terms of size? The first one looked much bigger, and not really wearable unless you have a massive head? And do they all come with a slit up the back of the head or can we request it uncut for display? Sorry for all the questions, just super interested!