I'm currently trying to create the knife (or "Jew Sword") from the Amazon Prime show Hunters.
As the title suggests, I'd like a bit of help identifying one of the symbols on the handle and help would be greatly appreciated as my last ditch attempt would be to just roughly imitate its shape when engraving.

The left symbol is obviously a star of david with an added embellishment to it, but the one on the right is a bit more difficult to see and the only real clear shot I have is when Jonah first discovers the knife.

I have attempted some Photoshop magic to try and get it a bit clearer but to no avail. Could it possibly be some sort of Hebrew writing perhaps? I'm not sure, but there also seems to be similar shaped symbols within the knife display room but are, again, not too clear due to being out of focus. 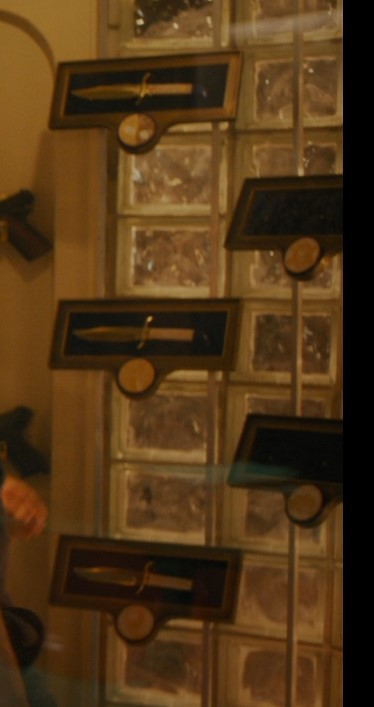 Ark of the Covenant - my BA degree build