Hello - I could really use some help. My Bottle City of Kandor no longer lights up and I really want to fix this. 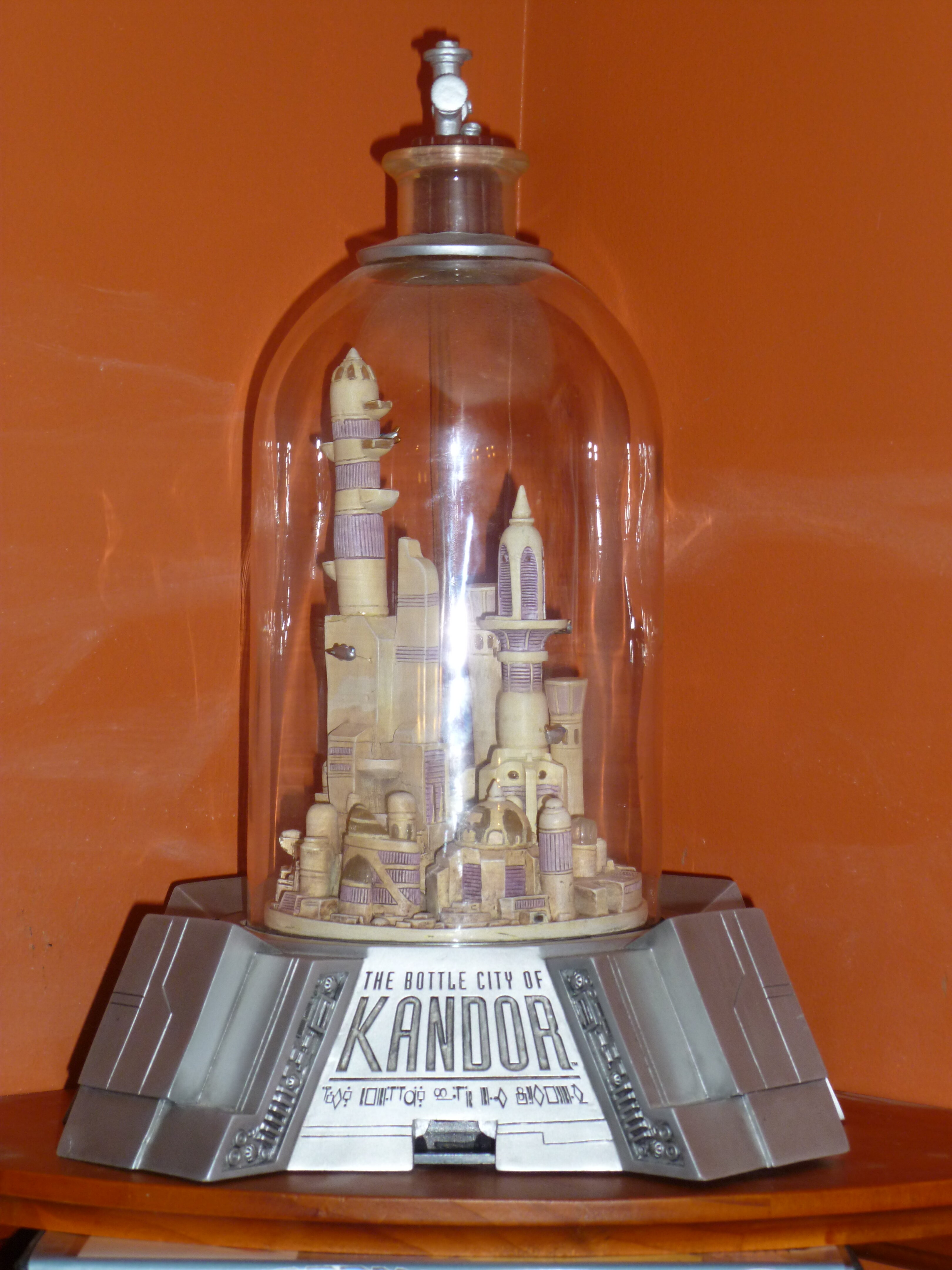 I'm by no means an electrical engineer, so I'll try to explain what I've figured out so far after disassembling it. First, the internal parts are 3 AA batteries that power four Christmas tree lights. I've displayed all the internal wiring in the next photo. 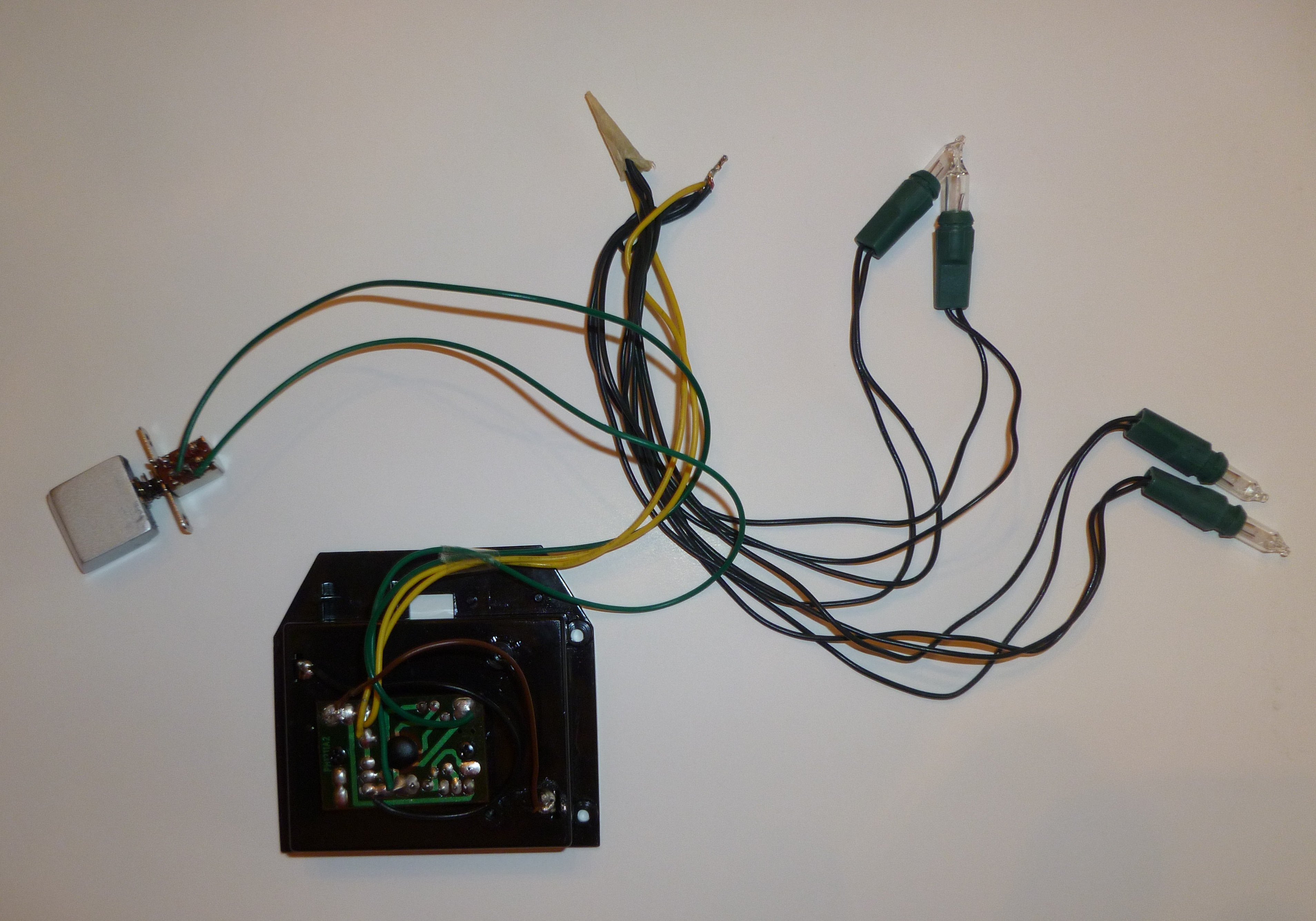 Using my multimeter I've determined the basics of how this works. The path from the batteries to the lights is actually a complete circuit when the button is NOT pressed, and by pressing the button you interrupt the circuit. When it was working, that brief interruption somehow triggers the little circuit board to pass a full 4.5 volts to the lights for 30 seconds, then the voltage drops back down to 0. (If you were to replace the batteries, the same thing would occur because the PCB would have seen that as an interruption of the circuit so it always lights up for 30 seconds after changing the batteries.) 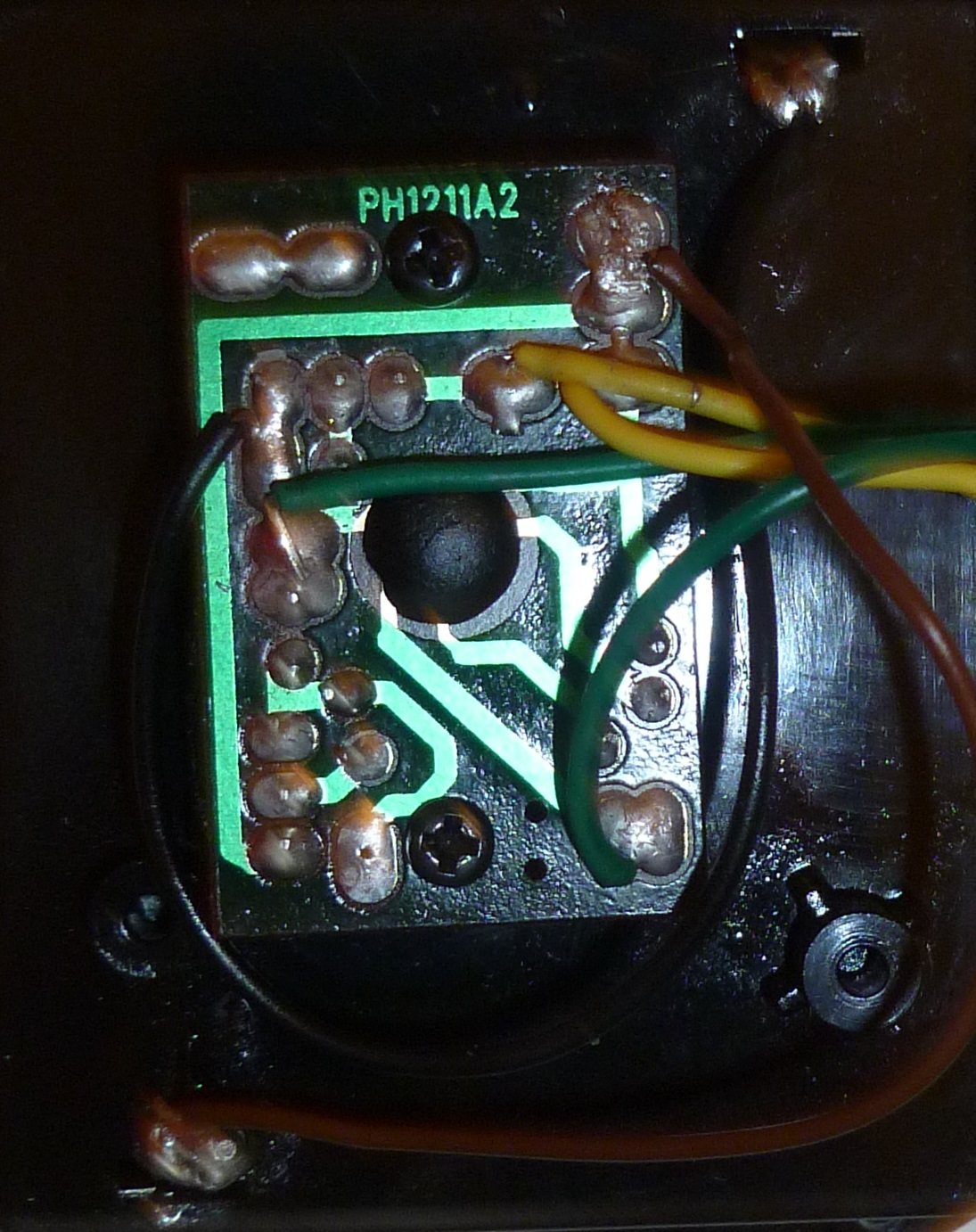 So I'm assuming when I flip the PCB over, something on the other side needs replaced. 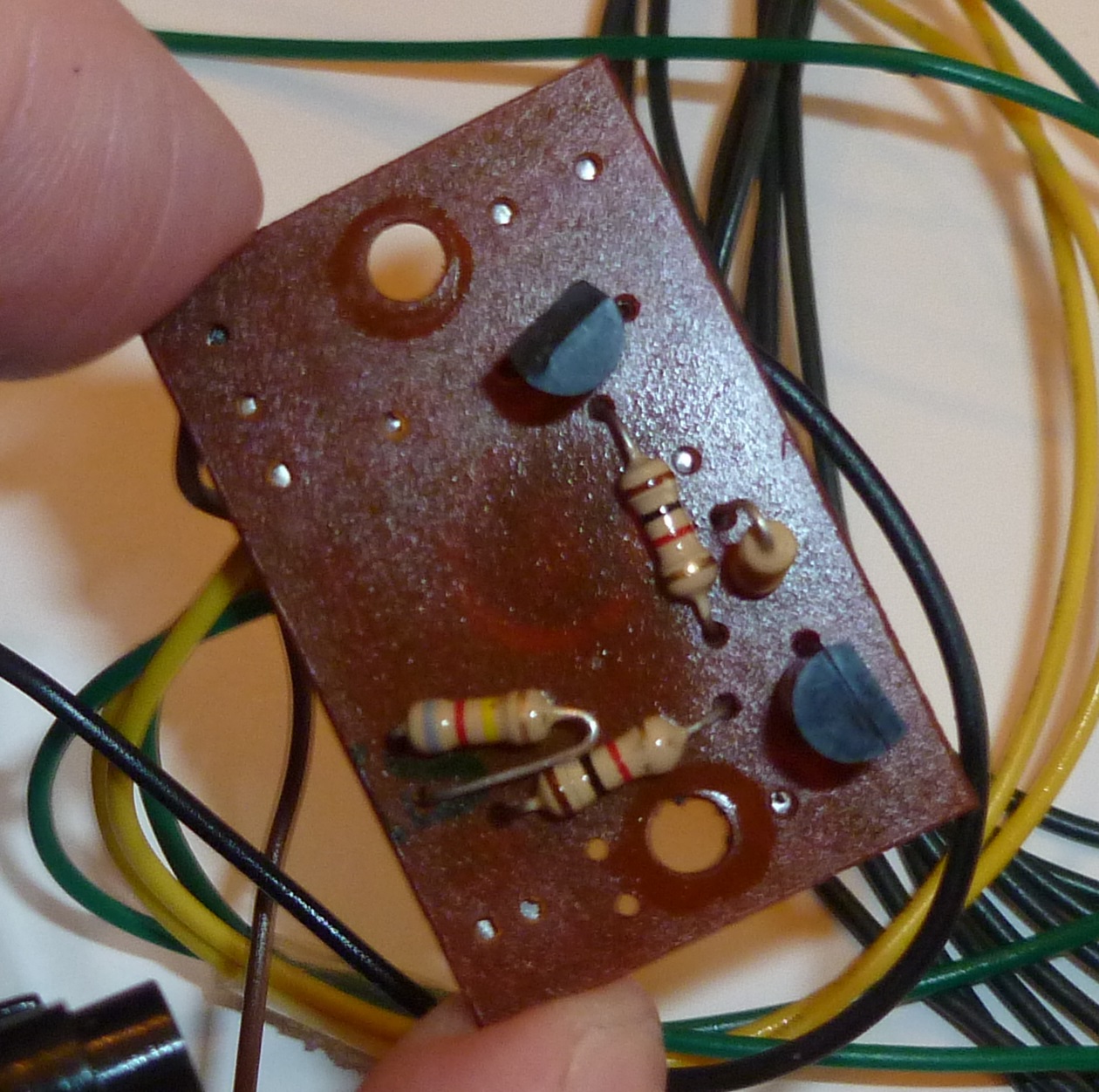 And here's where I'm completely lost. Here's a photo of the underside from a different angle. There's a number on the one piece, so Google tells me it's an S8050 Transistor. There's no markings on the other one. Are they both the same? Will any S8050 transistor work? (I ask because all I see online are S8050 D.331s whereas this one is an S8050 D.016.) And what about those other doo-hickeys? (Probably not the technical term. ) 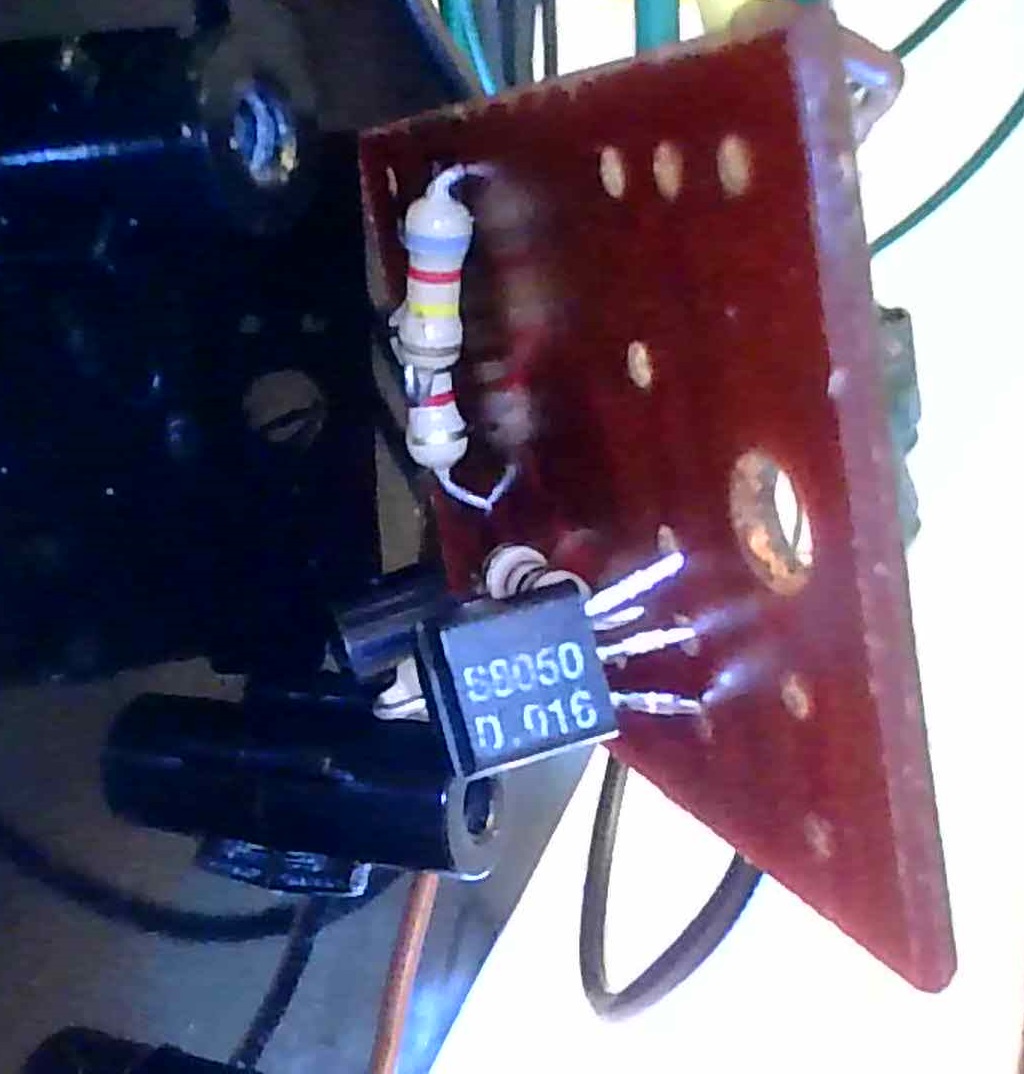 I've also considered just redoing everything so a simple little push button activates the circuit and sends 4.5 volts to four Christmas tree lights. Simple. But I'd rather keep this thing as original as possible. I've also got concerns about maybe there was a reason why it had a 30 second timer. (Maybe it gets too hot inside an enclosed bottle if the lights are left on for too long? I don't know, maybe that's far fetched.) My other concern about redoing everything is just that the external button, which is a decorative part of the base, is attached really well to the internal button that interrupts the circuit. I don't want to end up breaking that too.

Is there a place where I could find a wearable replica of one of the contacts used in The Batman?