RPF PREMIUM MEMBER
I was really excited when NECA announced these at the 2017 Toy Fair. Now the price has been revealed...$174.99! Wow...seems pretty steep. But I'm gonna get em anyway based on pure nostalgia.

More info and pics below, along with the original commercial in case you're not familiar.

From NECA's website:
The phenomenally successful Rocky saga is a part of American pop culture, with its inspiring tale of a small-time boxer determined to prove his worth to the world.
These limited edition maquettes (statues) are based on a famous stopmotion commercial from the late 1990s that starred Rocky and his trainer Mickey in puppet form. Even in stylized form, those two had selling power!
Working from the actual puppets used to make the commercial, we’ve reproduced Rocky and Mickey as extra-detailed maquettes. Rocky stands approximately 12” tall and has fabric boxing shorts. Mickey stands approximately 10” tall and features fabric hat and clothing. Both statues are in accurate scale to each other and have movable eyes that can be positioned in various directions. Comes with two display bases.
Limited to 1500 pieces worldwide. 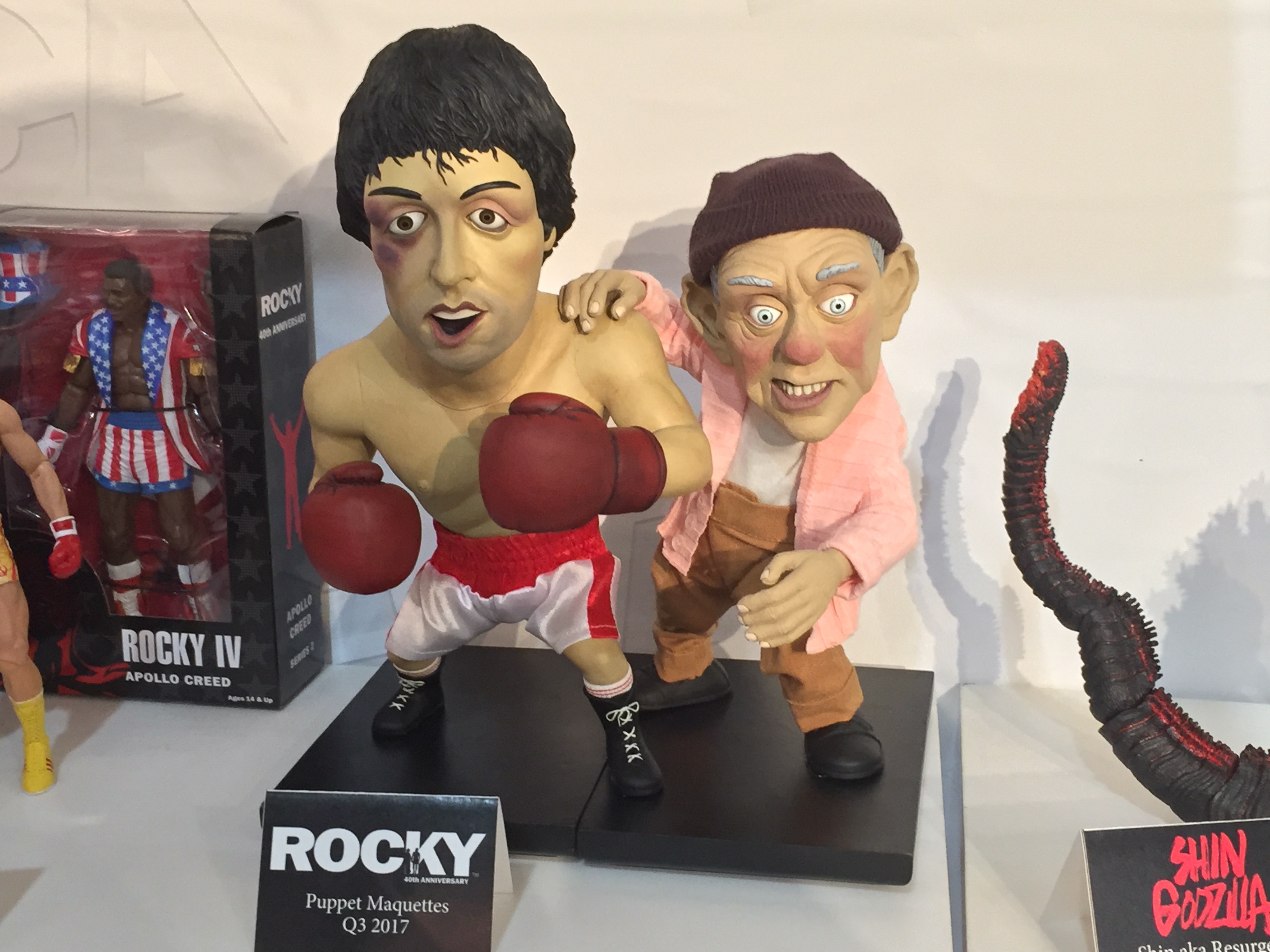 That is steep, especially given NECA's past with poor quality control. I stopped buying their video game action figures due to them just being so poorly put together.


Wes R said:
That is steep, especially given NECA's past with poor quality control. I stopped buying their video game action figures due to them just being so poorly put together.
Click to expand...

Yeah I'm just a sucker for obscure pop culture items. The only NECA figure I own is the Jason video game one. I bought it at Comic Con because it looked cool - now they're going for triple the price!

More than a year later and they still haven't released...

Am I the only sucker that got these? They finally arrived and are super awesome in person. The scale is really impressive. Each head opens up so you can move the eyes. The only weird thing are the bases - they don’t really line up.

The Yaujta! Here is a little History about us .....