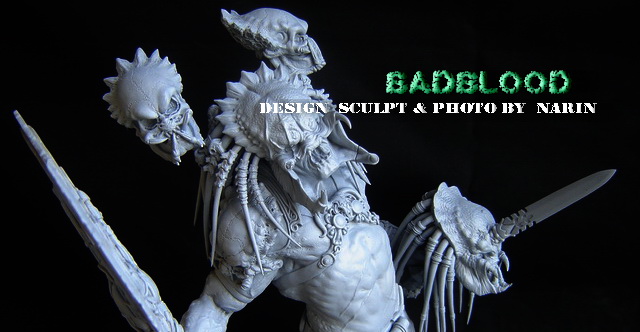 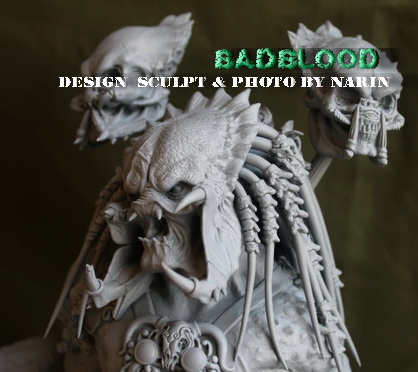 Hi all! I am really excited about a brand new kit from Narin, which is the follow-up piece to the insanely cool Death Warrior kit. This is the next kit in the series of Predators that Narin is sculpting, casting and selling direct and it is now available at Predatorstuff.com for pre-orders AAAAANNNDDD just like the Death Warrior, I am offering the $25 discount for the bulk order!

All the details on the release is here:

Or you can go direct to the shop to see pics at:

This AMAZING new sculpt is the 4th Predator series sculpt being sculpted, cast and released directly by Narin himself and will follow the same process as his AMAZING Death Warrior kit, with a limited run of 99 individually numbered kits. Cast in solid resin, this kit is 1:6 scale with 96 total parts, including 65 individual dreads for the 2 Predator heads.

The sculpt features the Bad Blood Predator, a maniacal killer loaded with battle scars and a taste for Predator blood. He stalks his prey with two Predator skulls mounted to his back armor and slices and dices his kills with a MASSIVE axe and spear, which comes decorated with his latest victim. The base features equally impressive details with another kill at his feet, complete with dreads, bio helmet and a complete upper torso. Narin’s AMAZING skills earning him the title of KING of the Predator kits come shining through once again in another MUST-HAVE release!
Click to expand...

Get all the info and goods at:

Also, early orders get the early issue numbers... currently #3 and up are all available! PM me or post if you have any questions and take care guys

i second that, that's one of the coolest looking kits i've seen

Oh Crap! Those spinal dread rings... Does that mean I have to make those for my Bone-Hunter costume?


Freaking hell. That's AWESOME!
Hey Dan, how about some news on this my brother.

Gonna have to start saving and buying Narin kits. Detail is amazing

I know you guys are going to hate me for this....but:

Can we get some netting please? The sculpt is no doubt amazing, but I have to pass like I did on the Death Warrior.

To each his own.

Man that guy would look so awesome standing next to the Death Warrior.

that is so badass!! I will be buying one for sure! 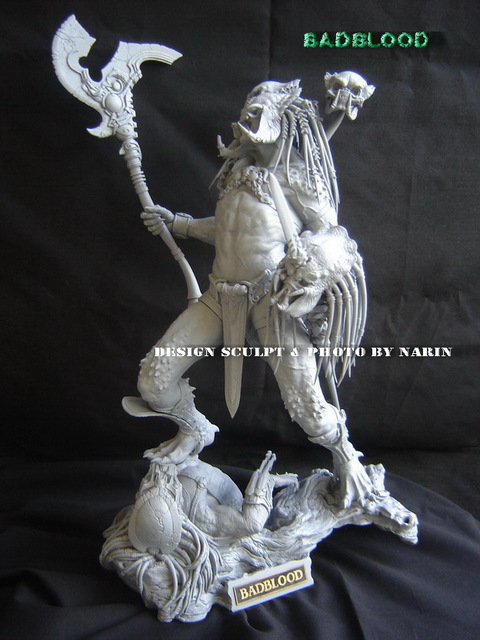 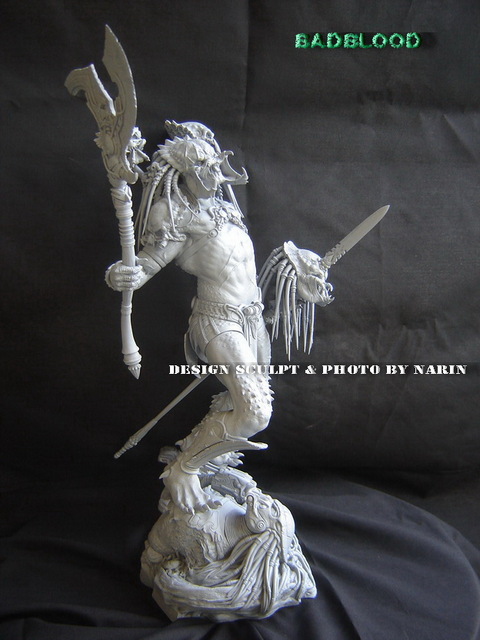 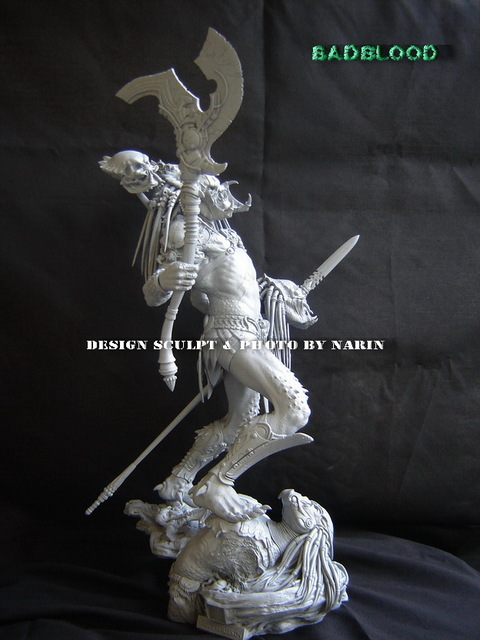 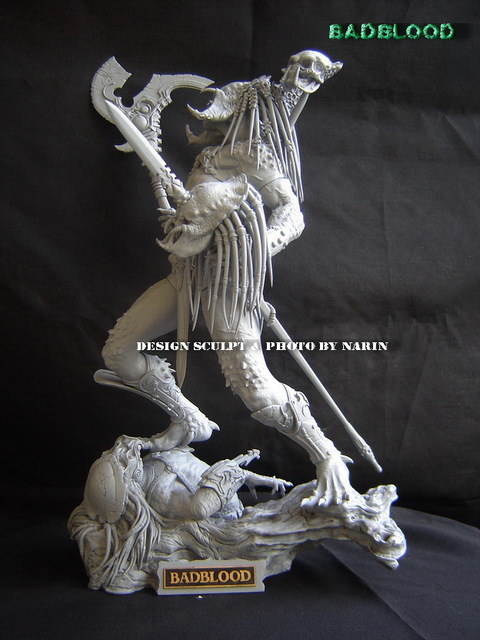 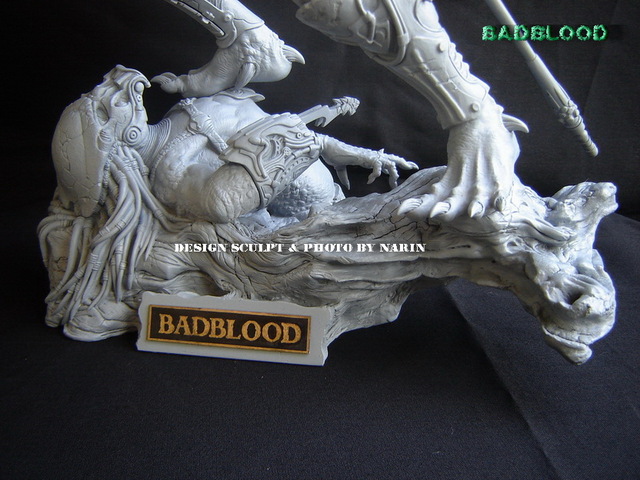 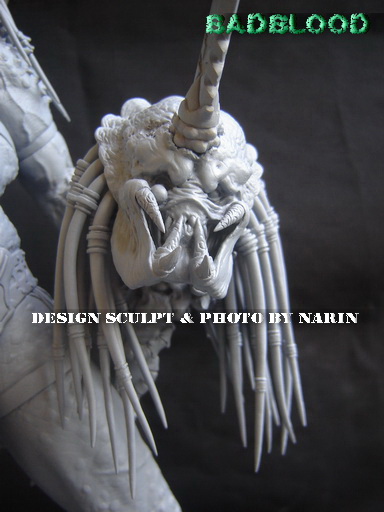 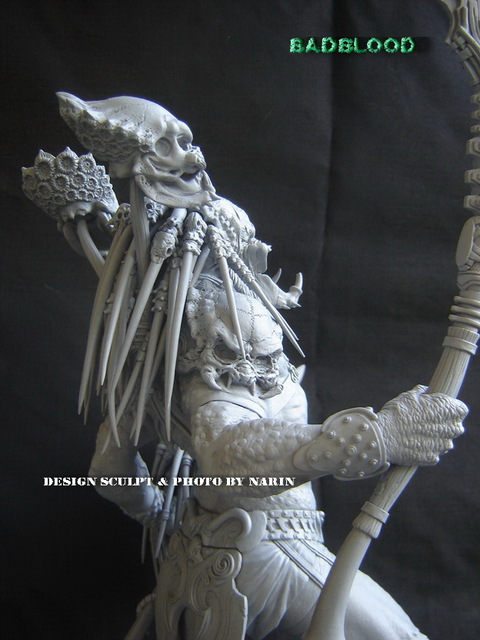 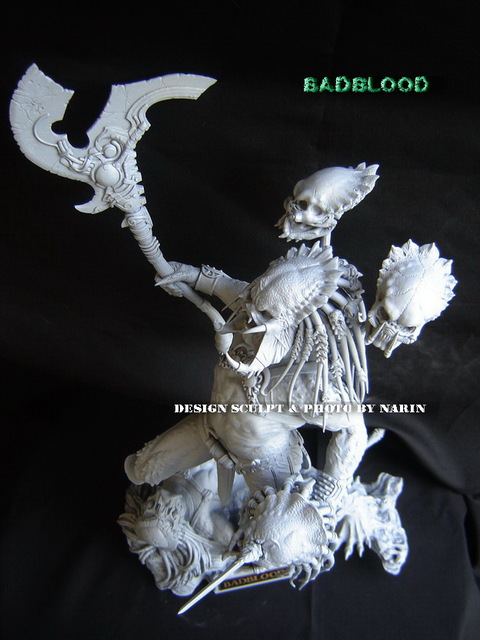 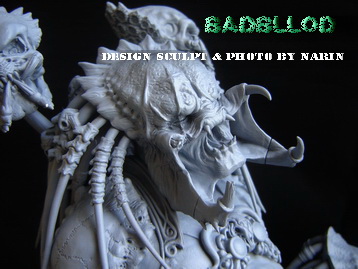 Ah man, defo gonna get him. He's by far the most bad-ass of all the narin kits.

Speechless. That is the best predator model ive ever seen. And its a badblood. Very unique! Love the pred skull on the left shoulder!

Exactly both the trophy mounted half flesh/half bone pred skulls are class and the half pred skull on his right shoulder looks lethal! He's posed perfectly standing on top of a deceased pred. What a kit

As Iv'e said elsewhere, I hope Robert Rodriguez is paying attention to Narins designs for his take in PREDATORS.
This is hands down the the best pred design/sculpt ever produced in kit form.

that is some fricking AWSOME work. the detail is unbelievable - see the carvings on the tusks of the trphy kill?!

might keep an eye out for this in UK shops, never get to build it i guess due to lack of space, but i'd like to have it. must admit tho, far prefer it to have been a normal scenario w/ a bunch of dead aliens.

Where did u get those pictures? Anyone got the Link to Narin's Website? I've lost it searching