I recently came across this behind the scenes shot from Ep IV and as a lover of all things GNK (gonk!), I was excited to see a droid I’ve never seen before. Does anyone have any info on this mystery (to me anyway) Gonk? (Also, I love that Kenny Baker is chowing down on a sandwich and a cup of coffee!) 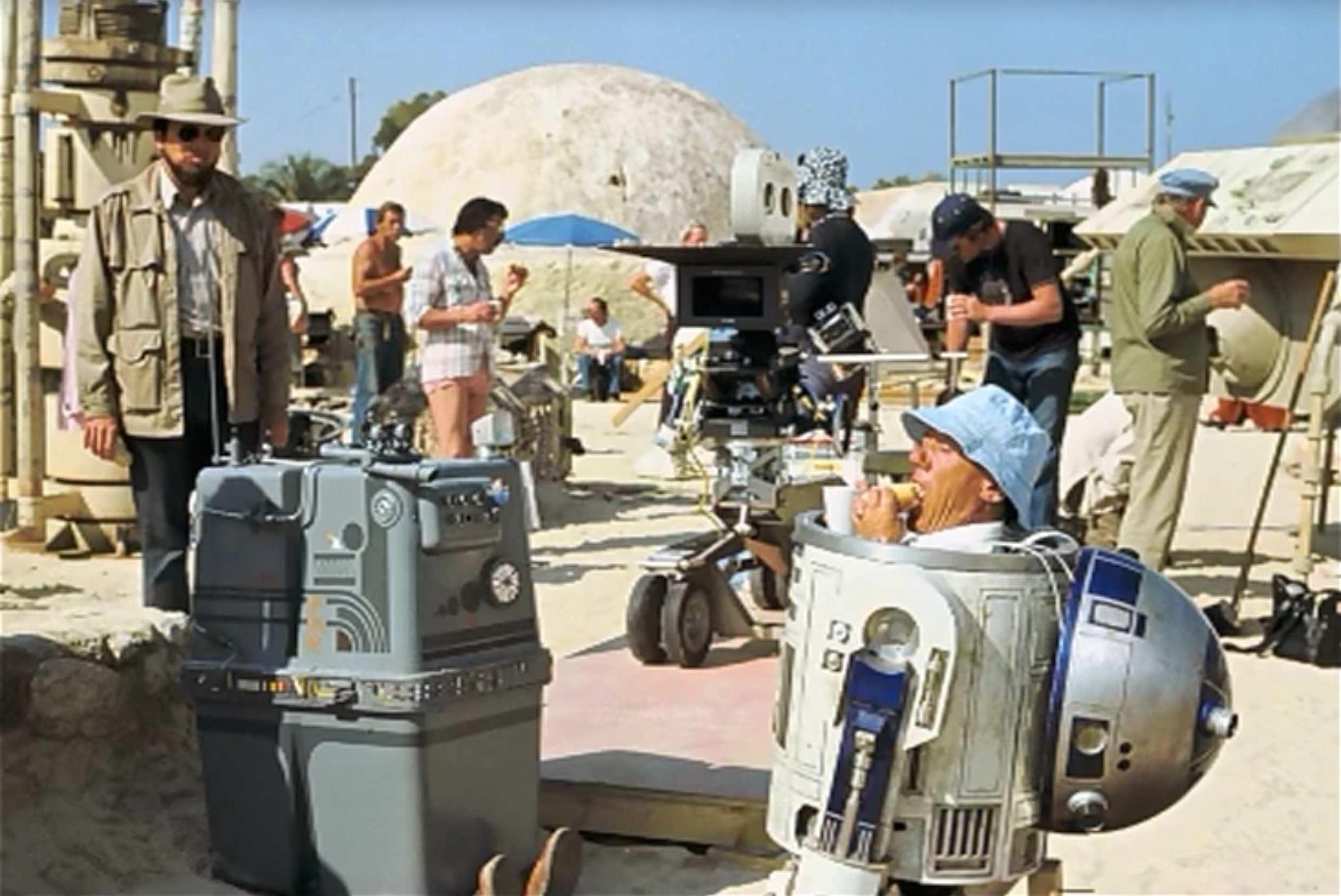 I’ve never seen it before but it looks like it has crushed the Wicked Witch!

I know DIY Gonks get made with storage bins but this genuinely looks like it’s made of them too.

harrisonp said:
I’ve never seen it before but it looks like it has crushed the Wicked Witch!

I know DIY Gonks get made with storage bins but this genuinely looks like it’s made of them too.
Click to expand...

I know... the feet! I can;t quirte figure out what’s happening there...

Maybe he slipped out of the robot feet to cool them down before the next shoot. 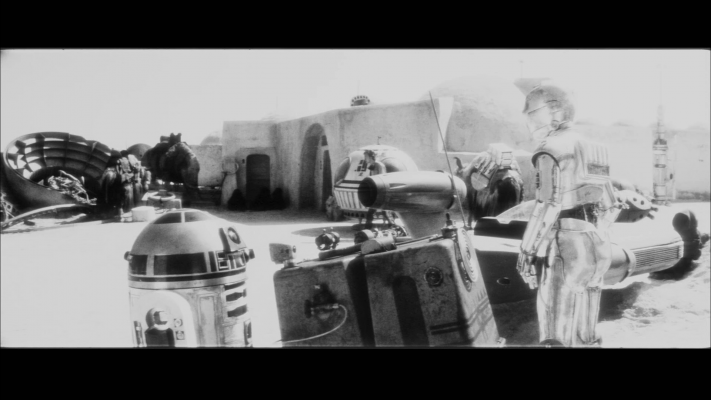 RPF PREMIUM MEMBER
That's the second Mos Espa power droid. The feet sticking out from underneath belong to Jack Purvis who was a Buddy of Kenny Baker. They acted together in vaudeville style shows usually as a small person comedy duo. When Kenny got the job to play R2-D2 it would have taken him away from their duo routine and left Jack without a job so they negotiated Jack work on films Kenny worked on. Jack has played Jawas, Gonks, Ewoks, and possibly a few uncredited characters.

Back to the Gonk, you can see some detail parts on the top and side that made their way into the Battlefront Gonk's design.