But, as I am currently almost up-to-date with the UK-release, I have time for other stuff again

Still far from being finished, but I thought I throw up a pair of in-progress shots of my Calrissian Falcon

nothing done to the bottom yet, and I also won´t touch the base for now. There´s a possible image spooking around in my head, but I need to frame-by-frame study the movie when it sees home-release this thursday over here

And I realized, no matter what size the model or what condition the Falcon is in, it´s a hell of a ride and a real pain in the back to paint it. I think even a factory-new version would be

I think I am finished with Calrissians Falcon.... for now. As usual, no decals used, everything is painted. And I mean EVERYTHING as there are millions of supertiny decals in this kit

I am a little unhappy with the bottom though, as I was not able to find any sharp images anywhere, and the movie didn´t help any, too. There are at least a bunch of good pictures of the top. I tried to not overload and only choosed the most prominent streaks and blastmarks.

Just realized, I never put up pics, of my finished 1:144 TLJ Falcon 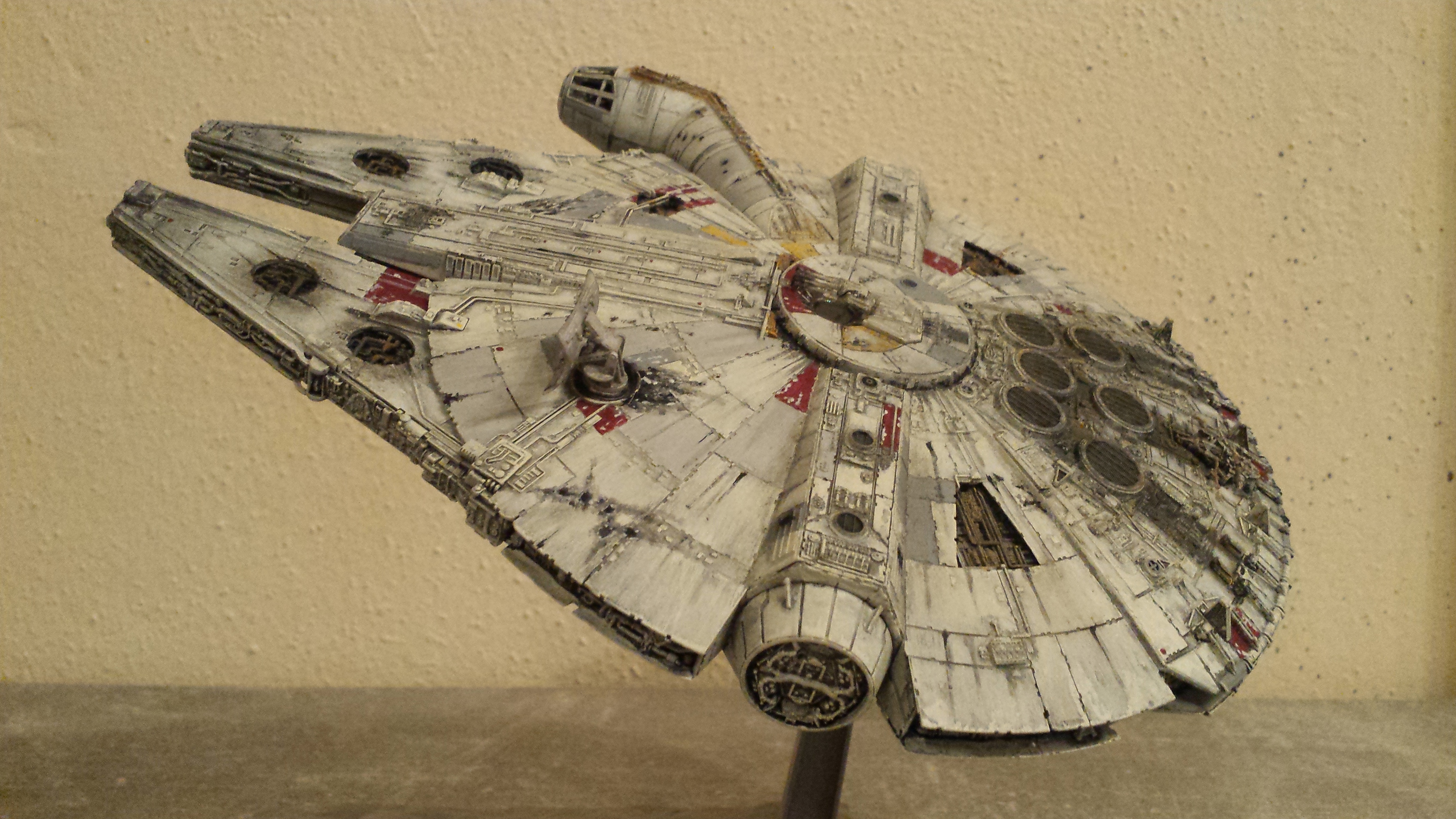 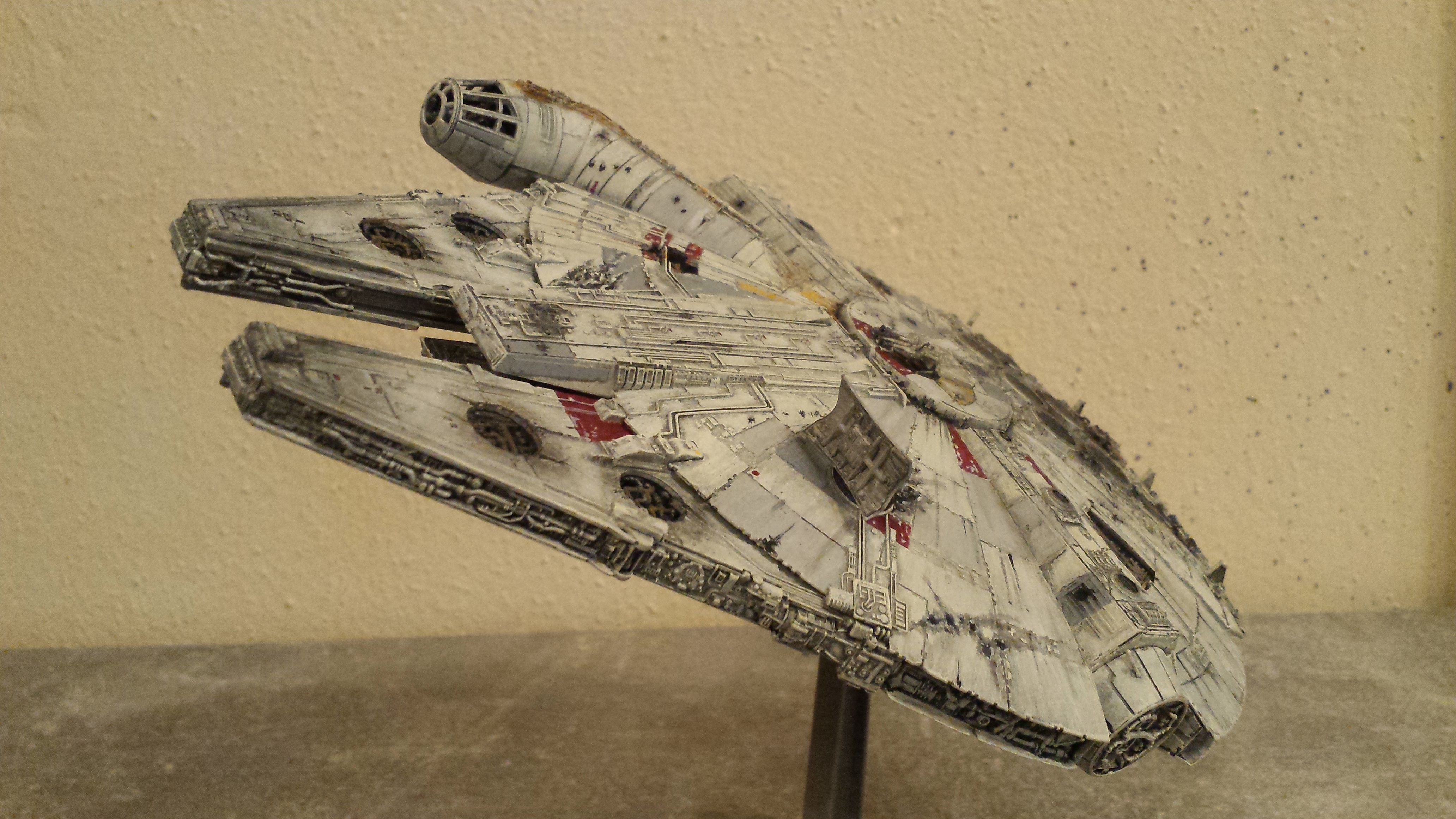 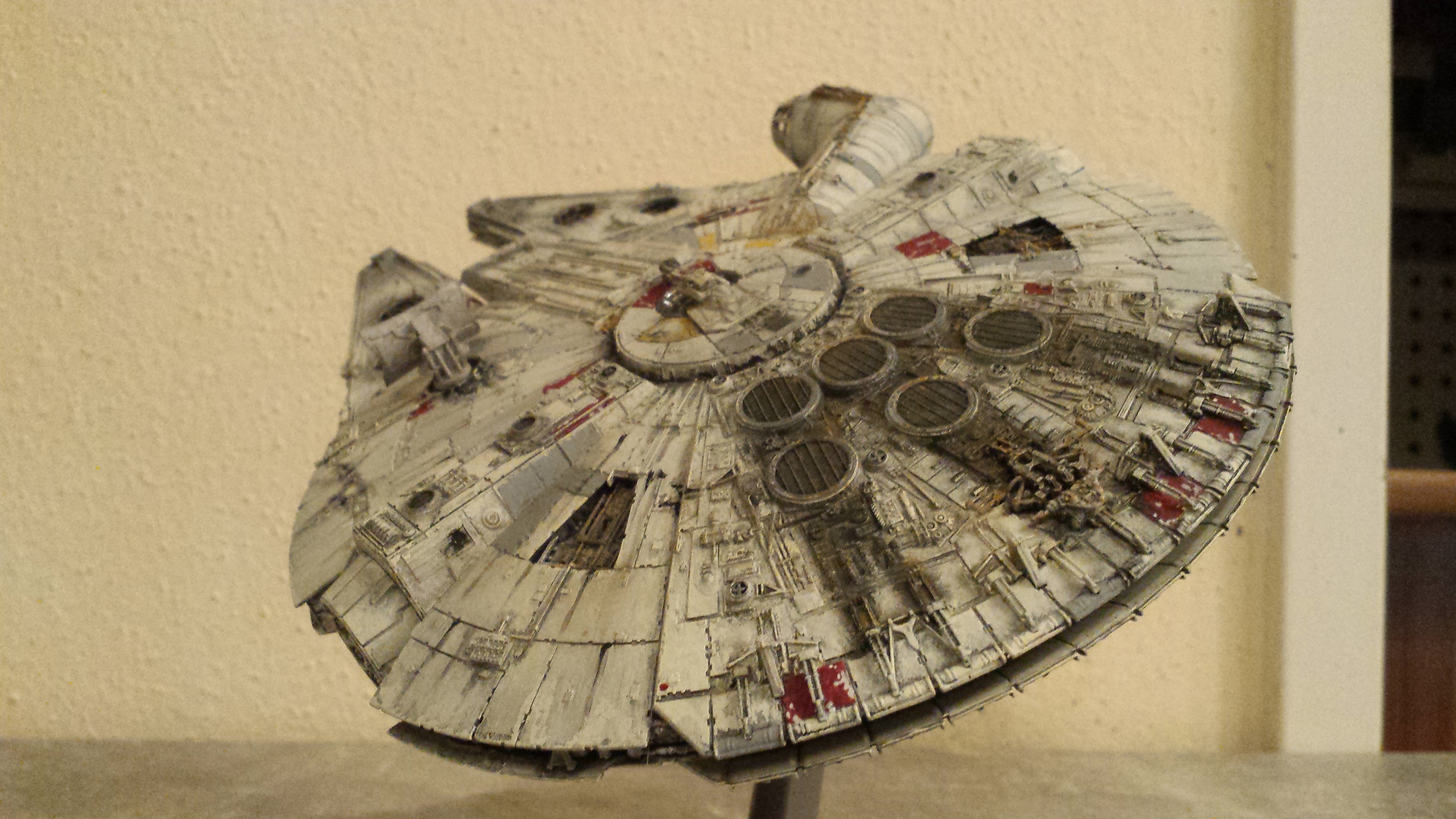 Got the Death Star II micro kit for X-Mas, just finished two hours of building and painting. Still tinkering if I want to add tiny white dots of lighted windows 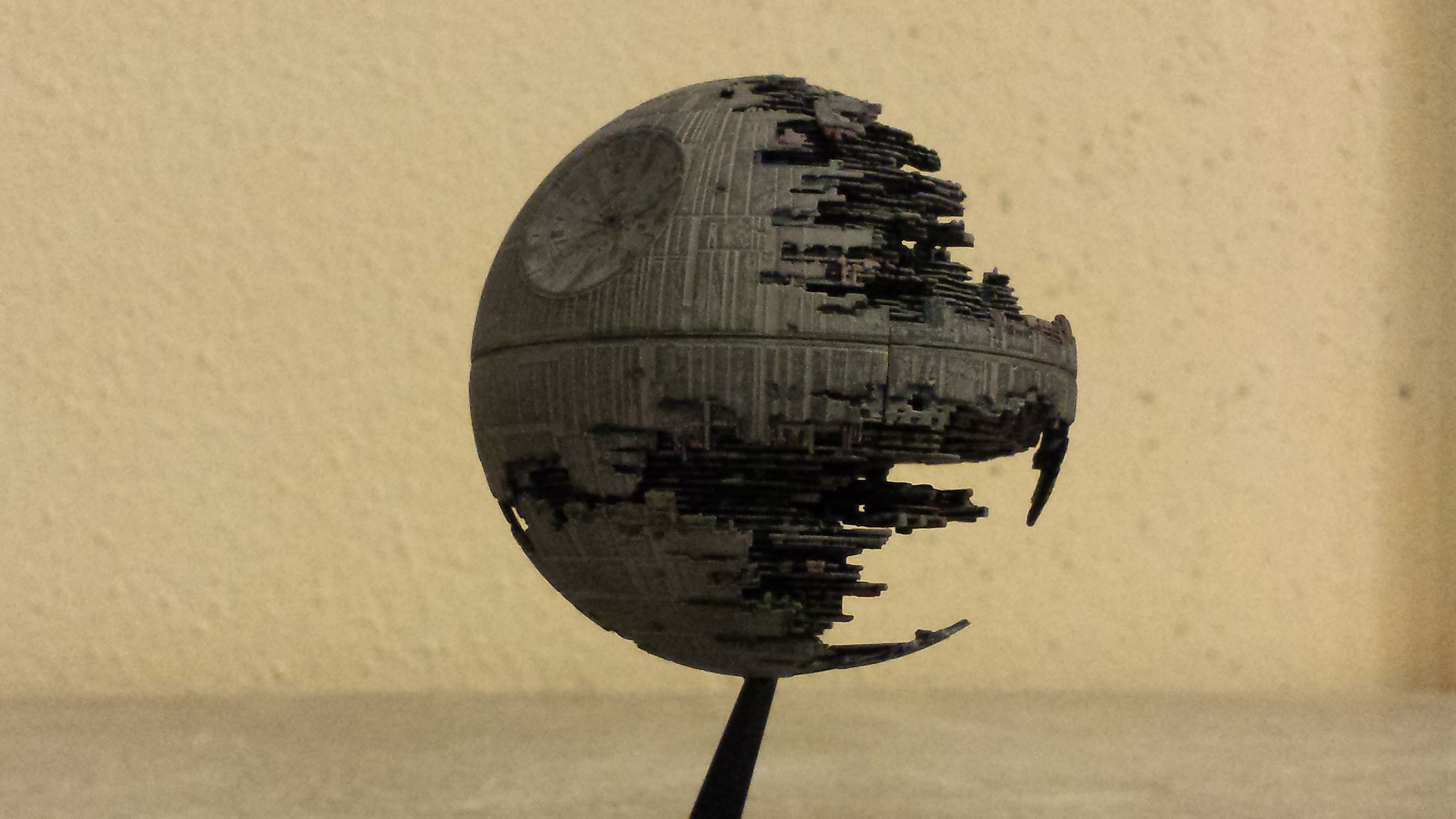 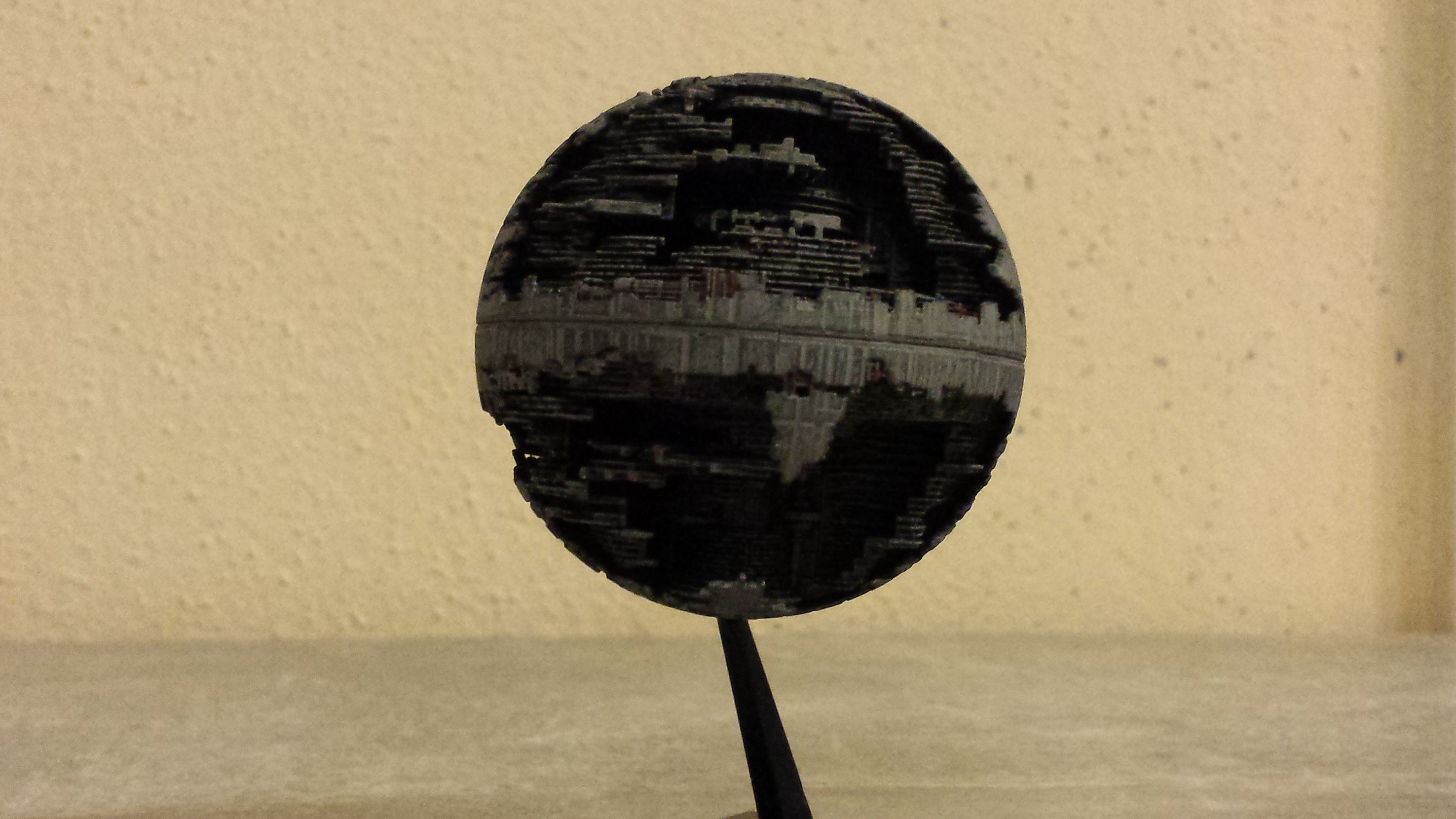 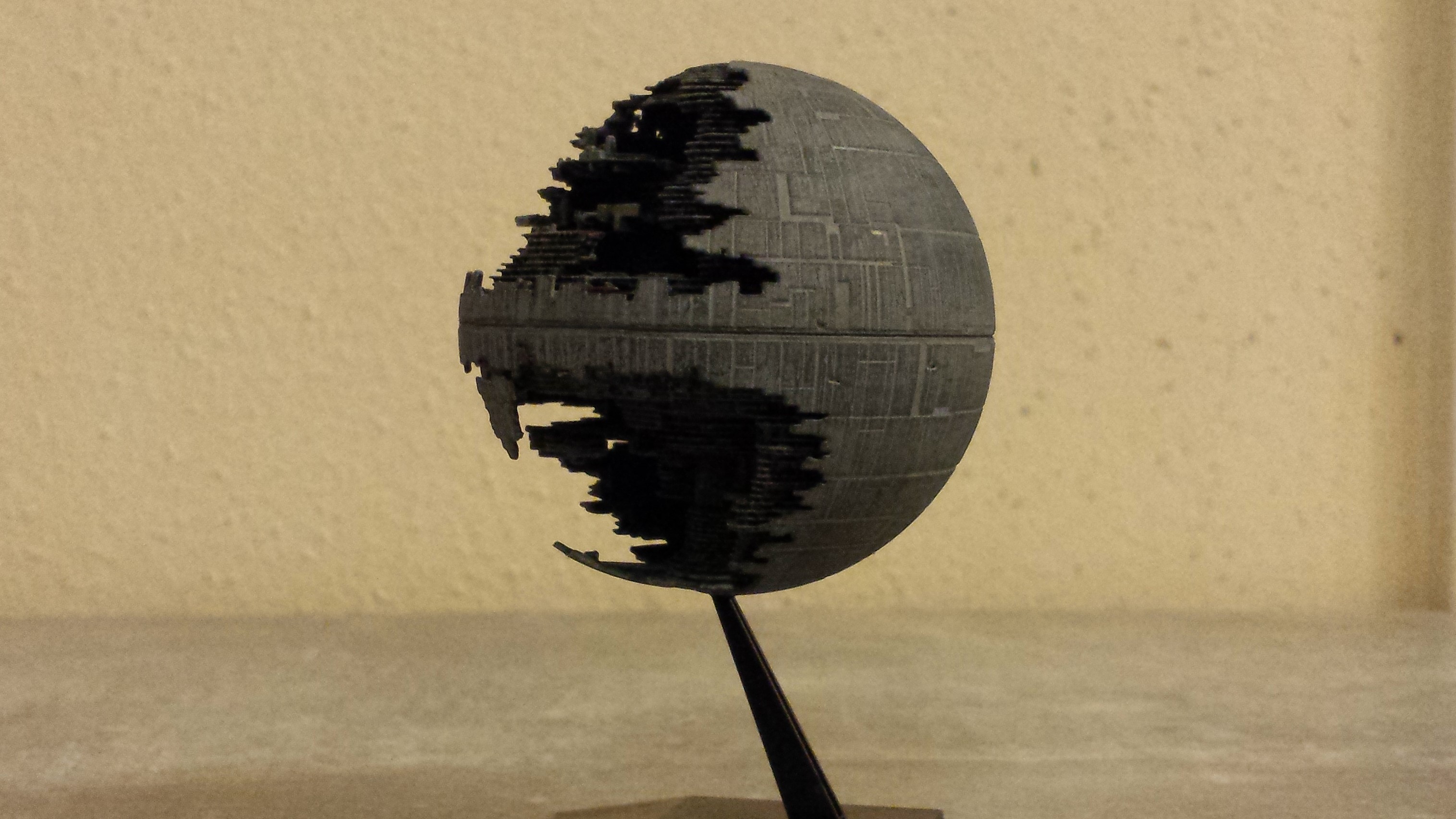 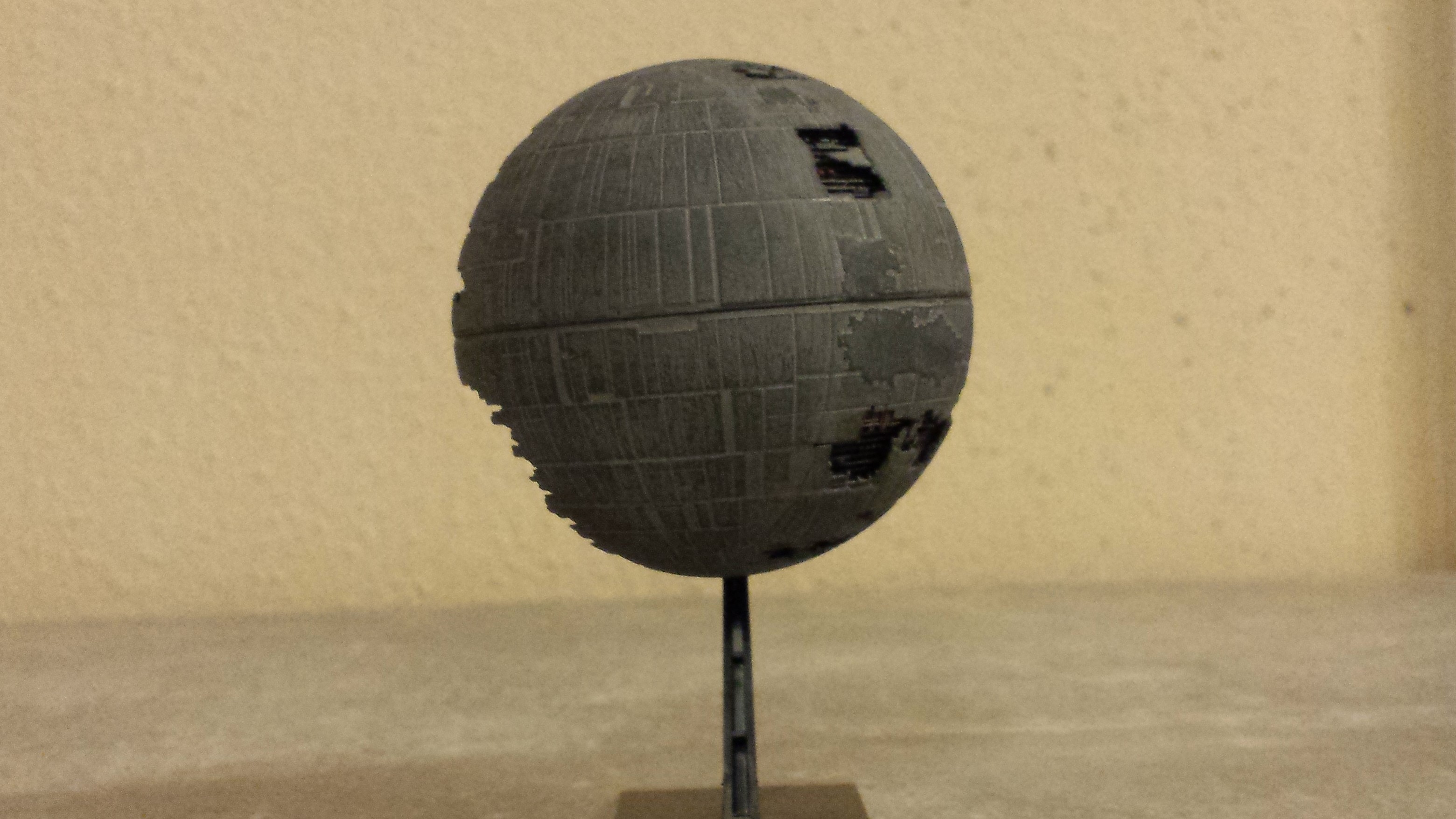 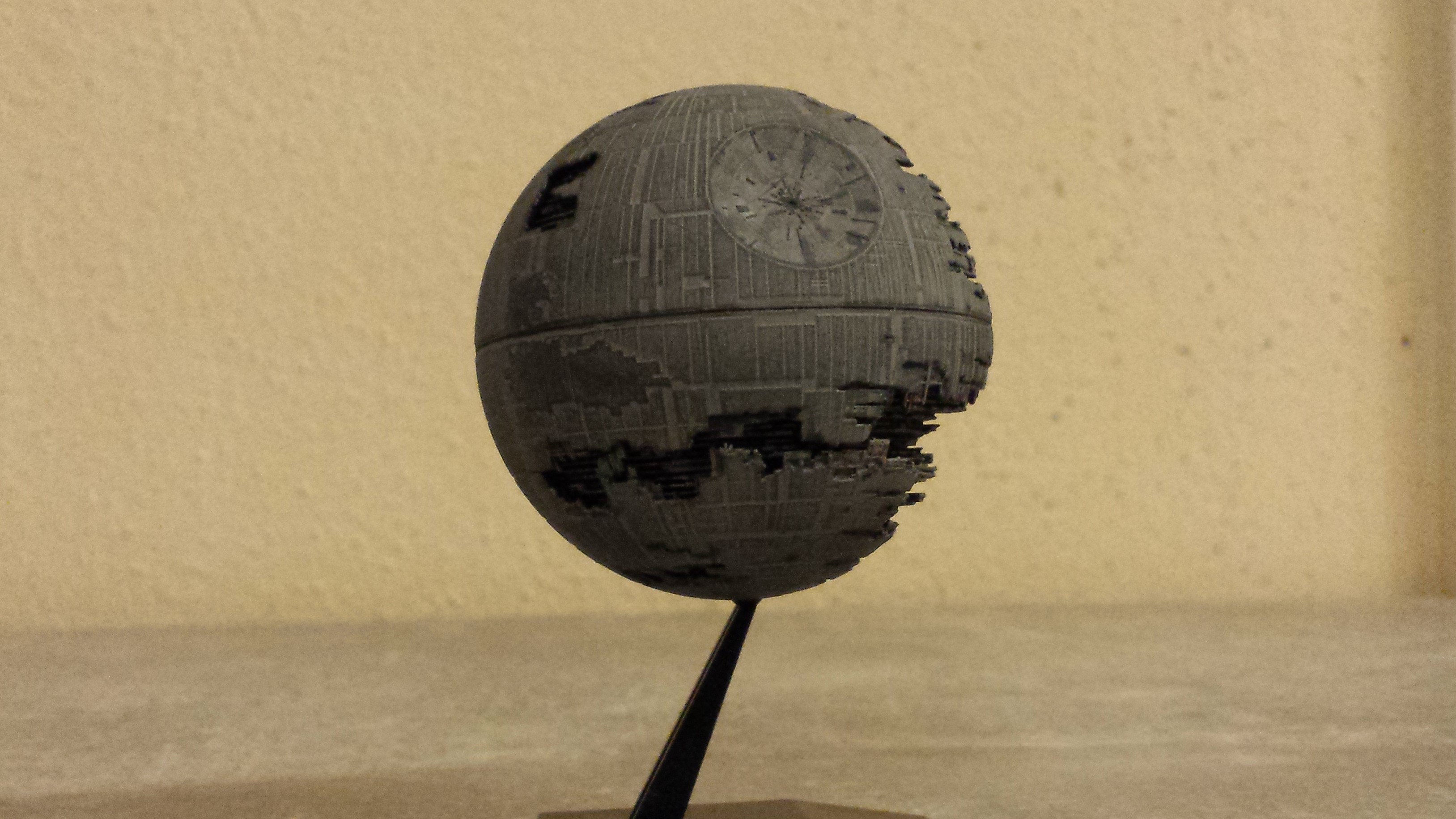 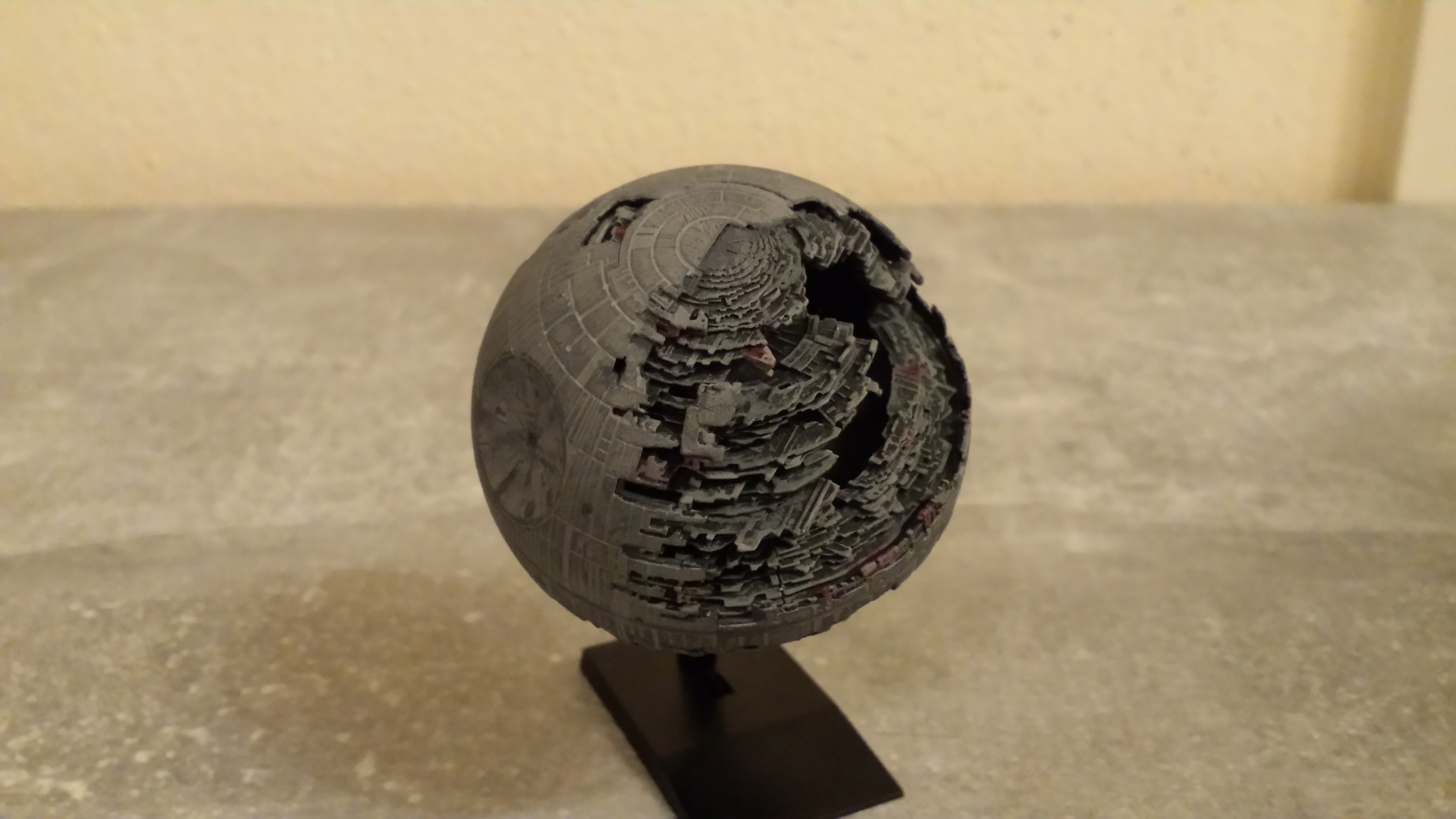 and for size comparsion, a standard ZIPPO lighter 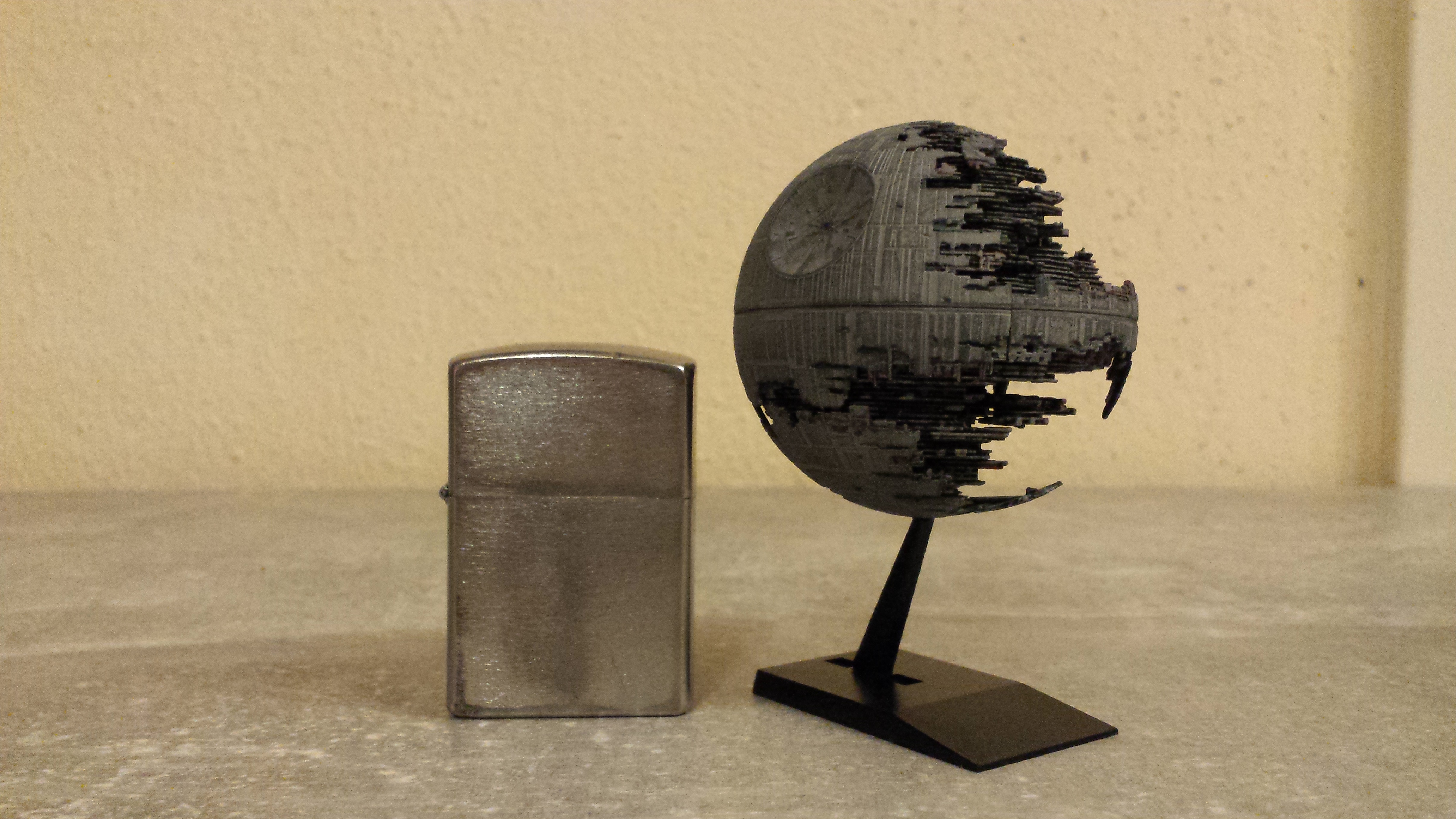 ok, will do. just curious they show up for me, no matter what device I use ( own PC, fathers tablet or my mobile )
Thanks for info

Real Scooby said:
ok, will do. just curious they show up for me, no matter what device I use ( own PC, fathers tablet or my mobile )
Thanks for info
Click to expand...

When I try to view the image, via the broken link, I am asked to sign in to the 'Rebel Scum' Forums.

edge10 said:
When I try to view the image, via the broken link, I am asked to sign in to the 'Rebel Scum' Forums.
Click to expand...

I see, guess they keep showing up to me, since I am permanently logged at Rebelscum
Is everything no longer showing or just from TLJ Falcon downwards ?

RPF PREMIUM MEMBER
Fantastic. Very inspiring. I just started my first Bandai and actually first model ever. I’m doing the At-St. I learned that my middle aged eyes can only do so much before everything becomes blurry. Stupid tiny pieces.

jcoffman99 said:
I learned that my middle aged eyes can only do so much before everything becomes blurry. Stupid tiny pieces.
Click to expand...

Just a quick sneak of what to come 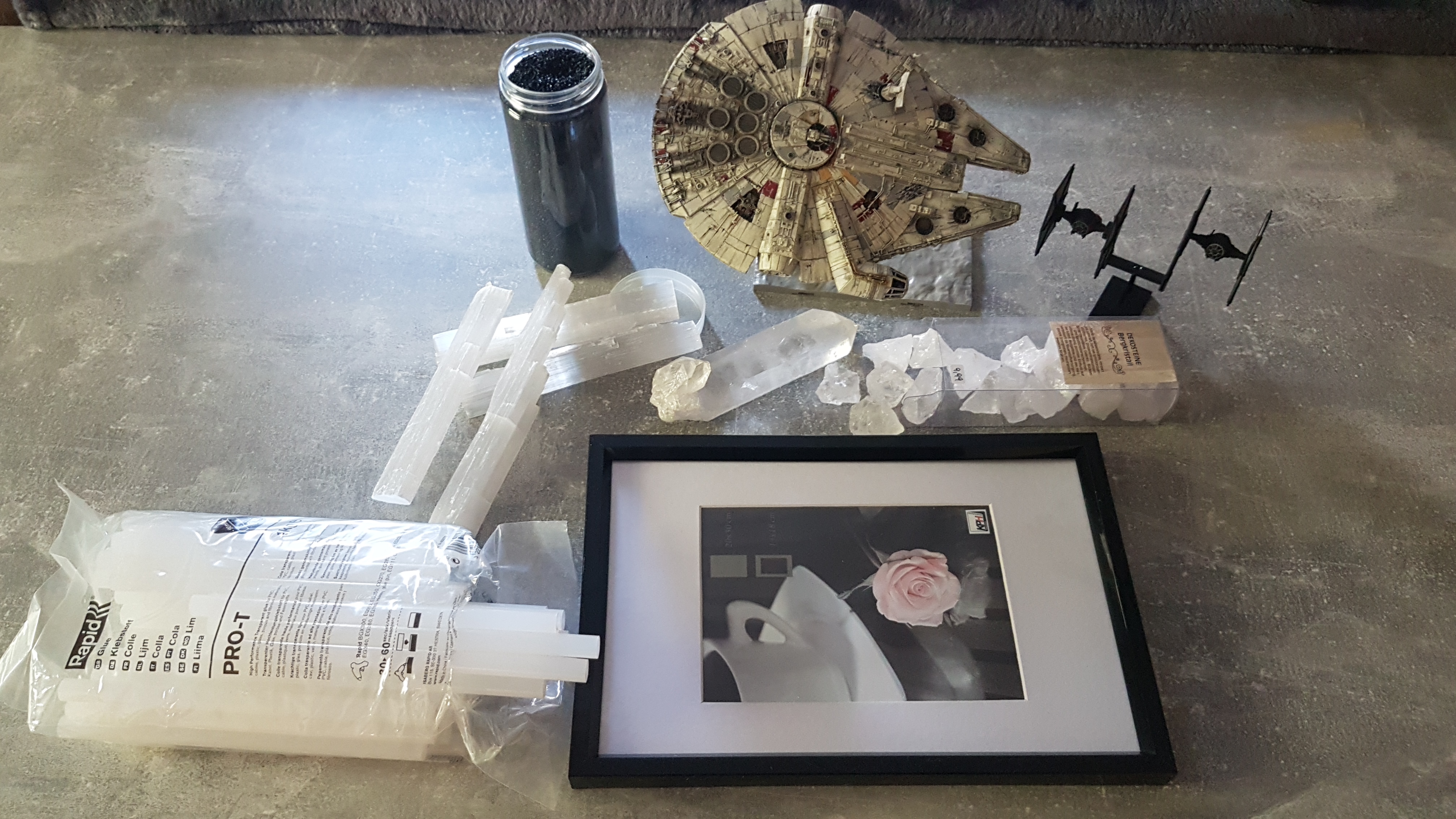 Progress for my "Crystal Cave Chase" after day #1

Basic placement of the bigger chunks and painted. Everything seen here are real rocks and crystals
More fake crystals will be added made of hotglue sticks 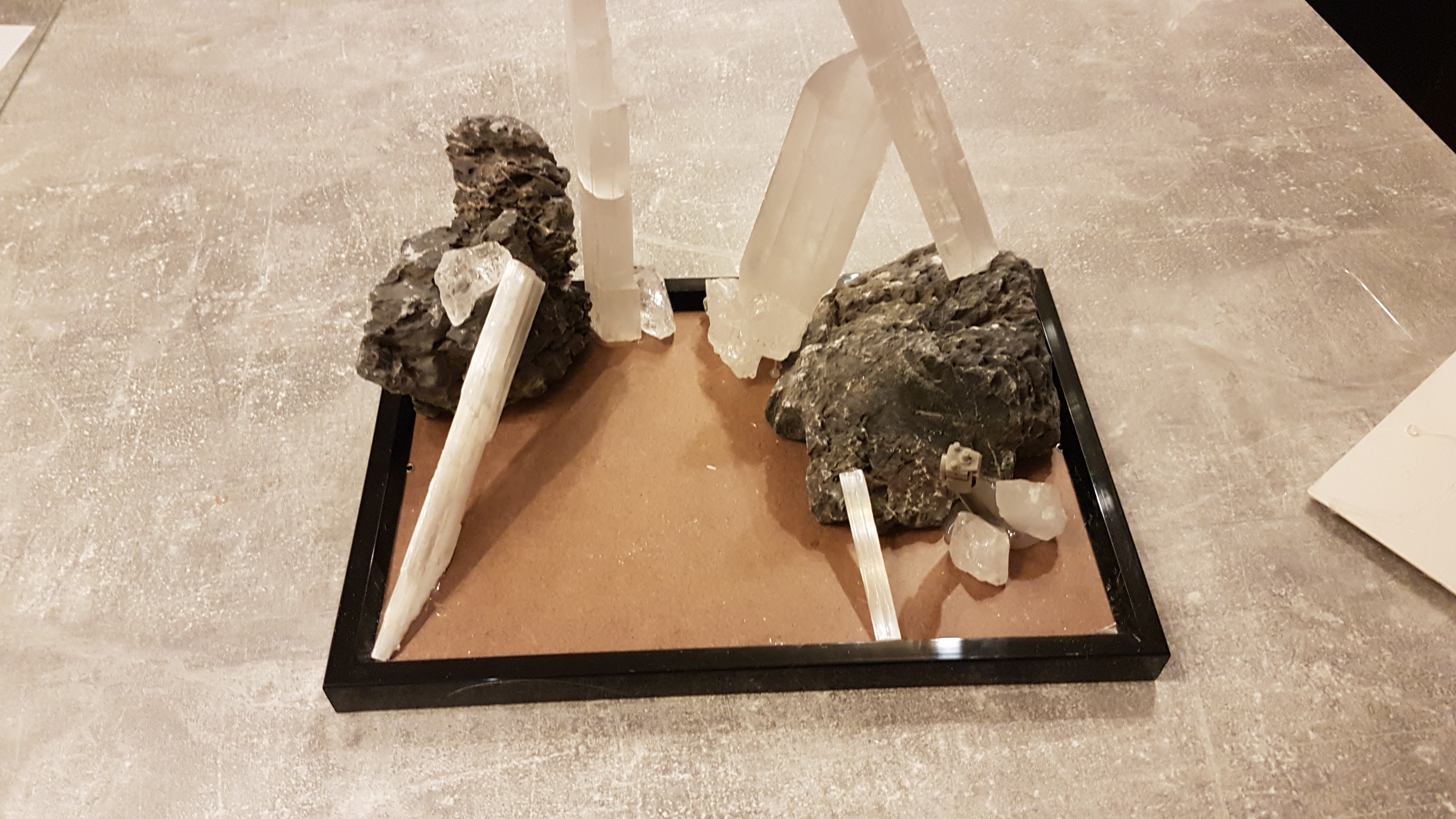 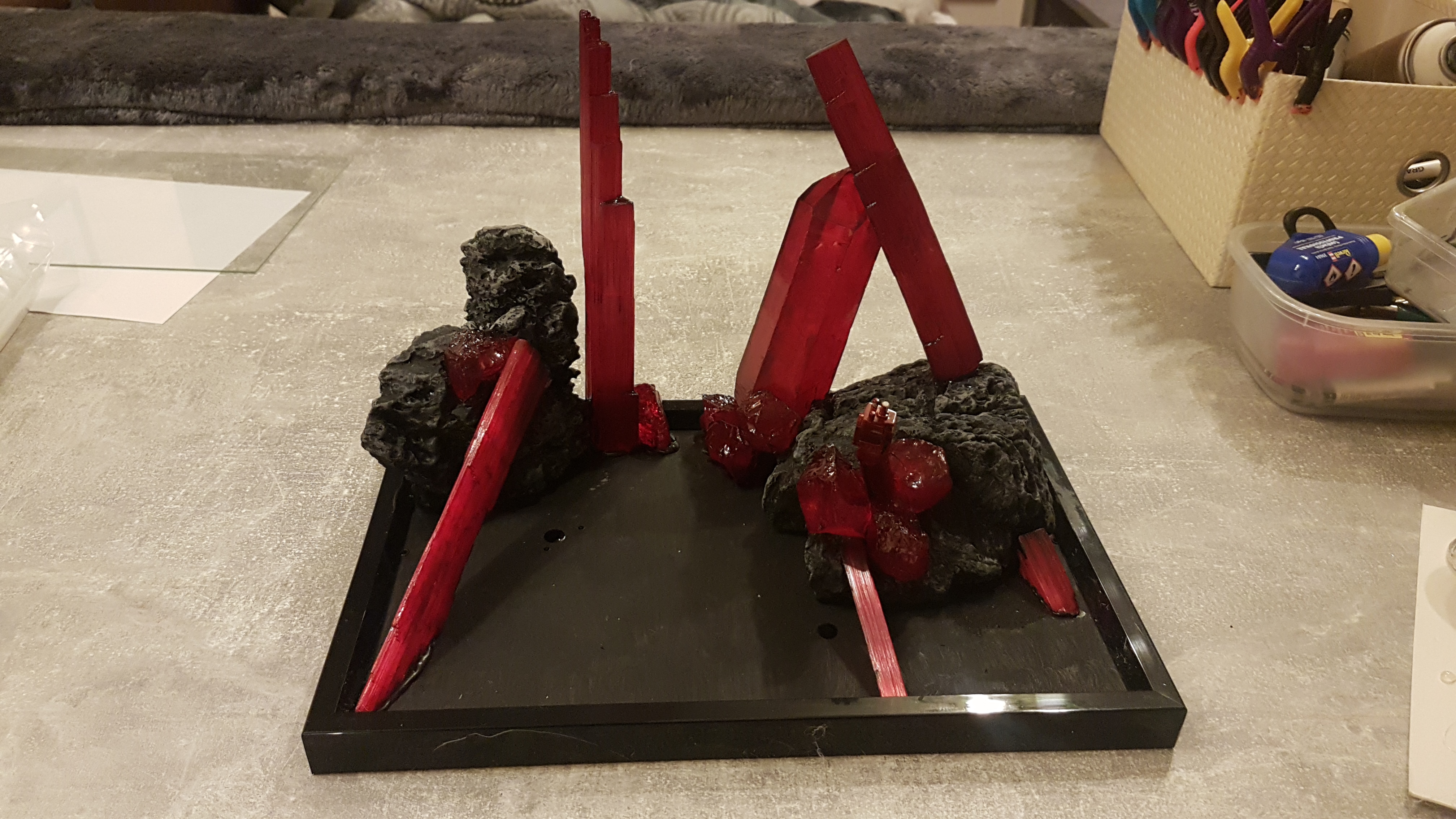 more crystals added, first test with "gluestick-crystals"
Cutting them is a pain in the ... fingers 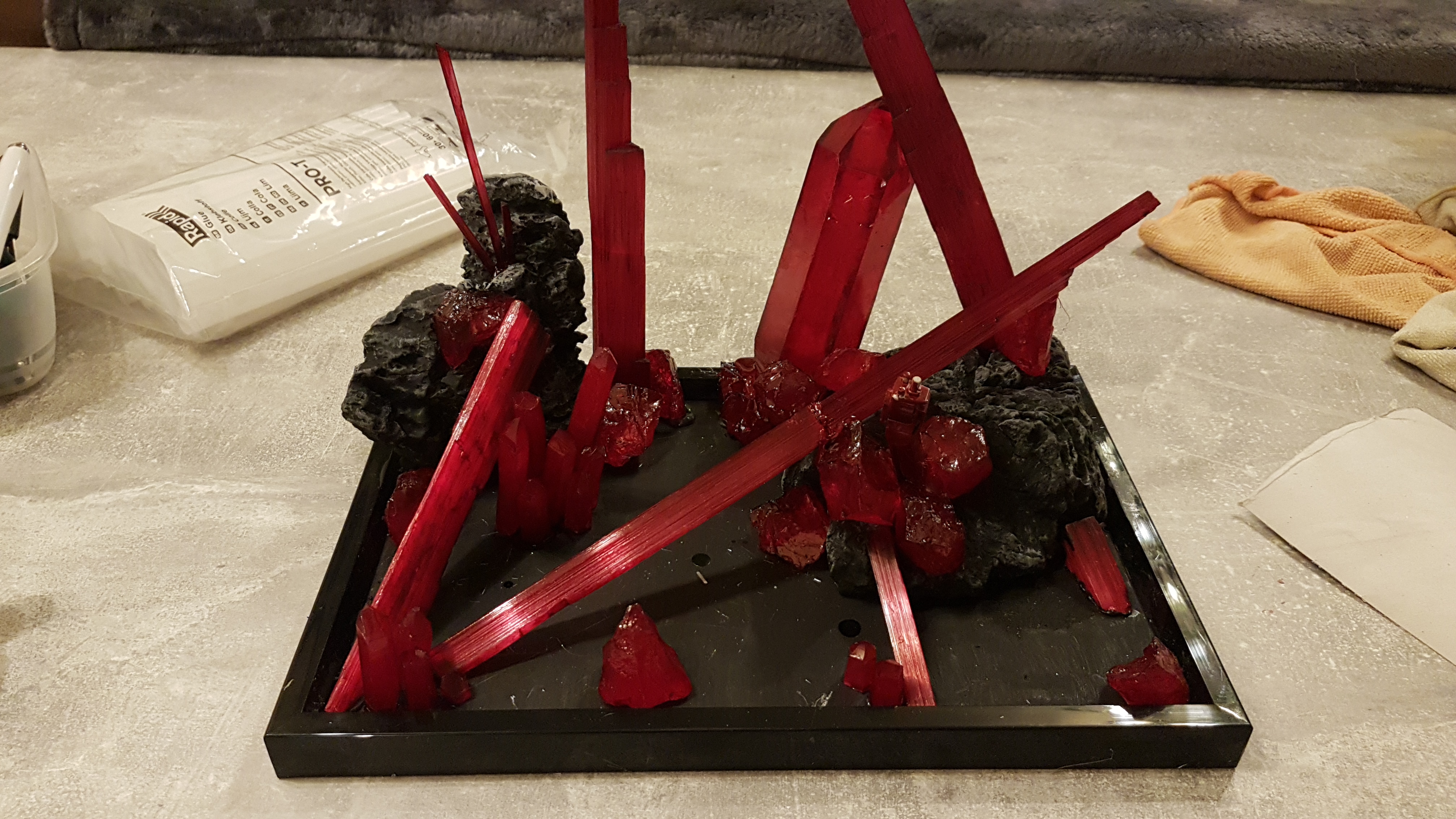 That looks awesome! Can't wait to see it finished!

With all the C-Virus issues, I am currently stuck in quarantine ( a doctor in the same appartmentblock was tested positiv )
So I might finally find some time to finish this one. Just added some more real and fake crystals. 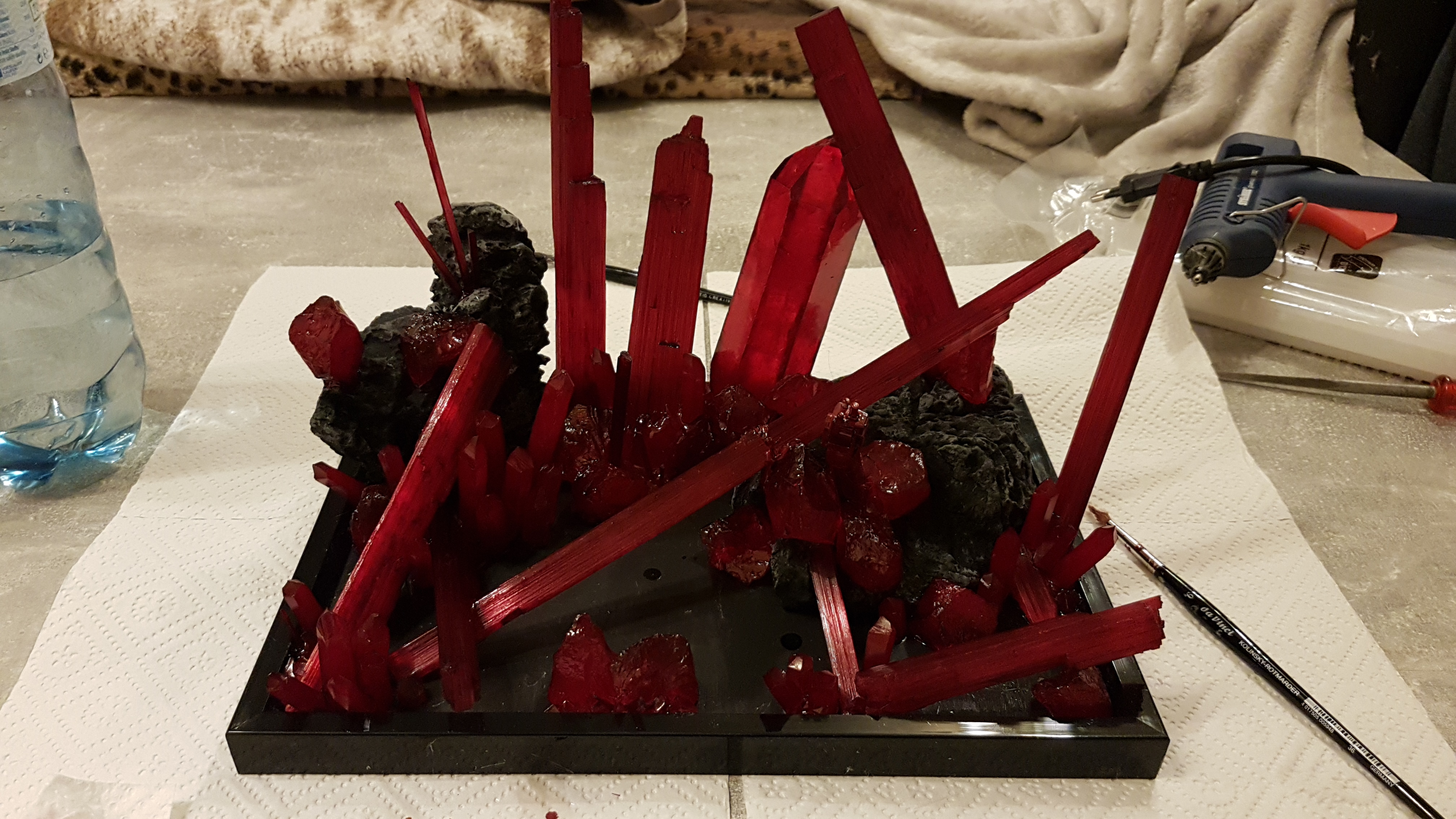 Guess thats enough now, it getting pretty heavy already. Have to figure how to fill the empty spots and how to attach the TIE and possible lasers

Here we are done and finished

I filled up the empty areas between the crystals with some black deco sand the Mrs. had some leftovers from her custom "candle in the glas" thing

Then I searched my sparepart box for something to mount the TIEs. To my surprise I had a untouched clear sprue from all the kits. I only was able to use a y-part to mount the laserbolts on the Falcons back. The possible straight parts where to short for the TIEs.

Next I tried to straighten out some paperclips, but they where to weak to hold their "weight"

I ended up using earsticks, minus their wrapping of course
I might replace them sometime when I get fitting clear parts, but for now, they will do. 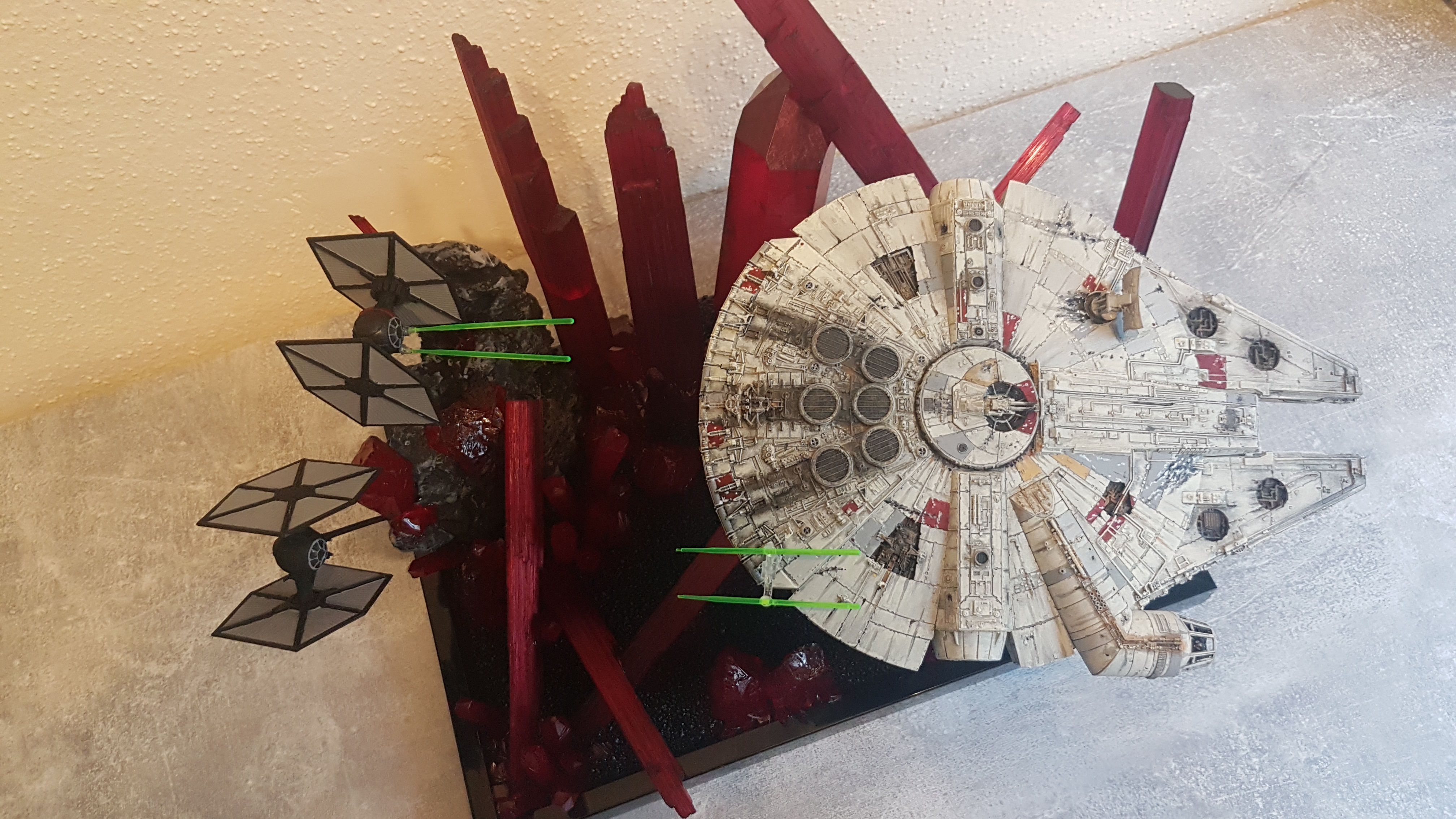 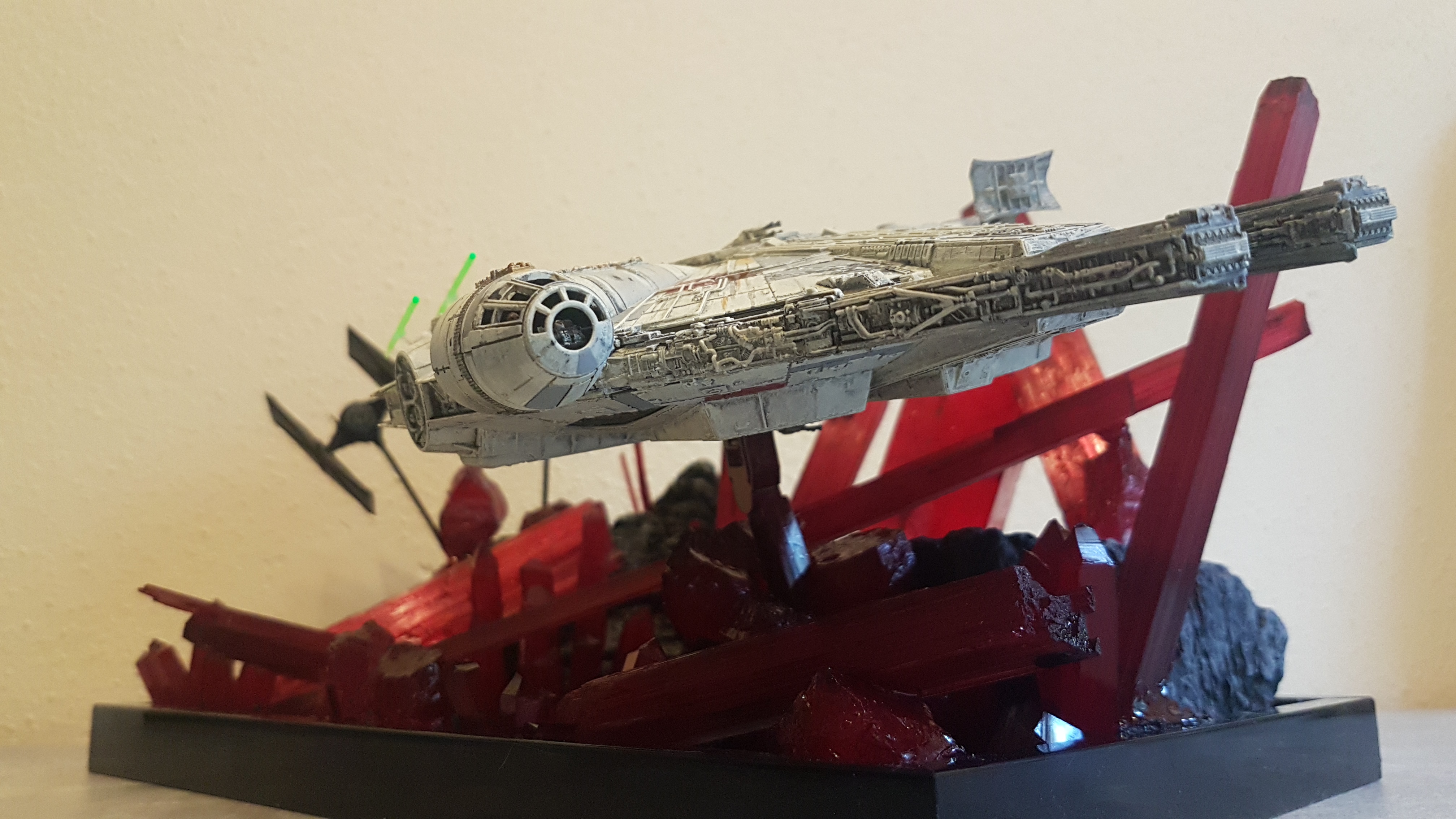 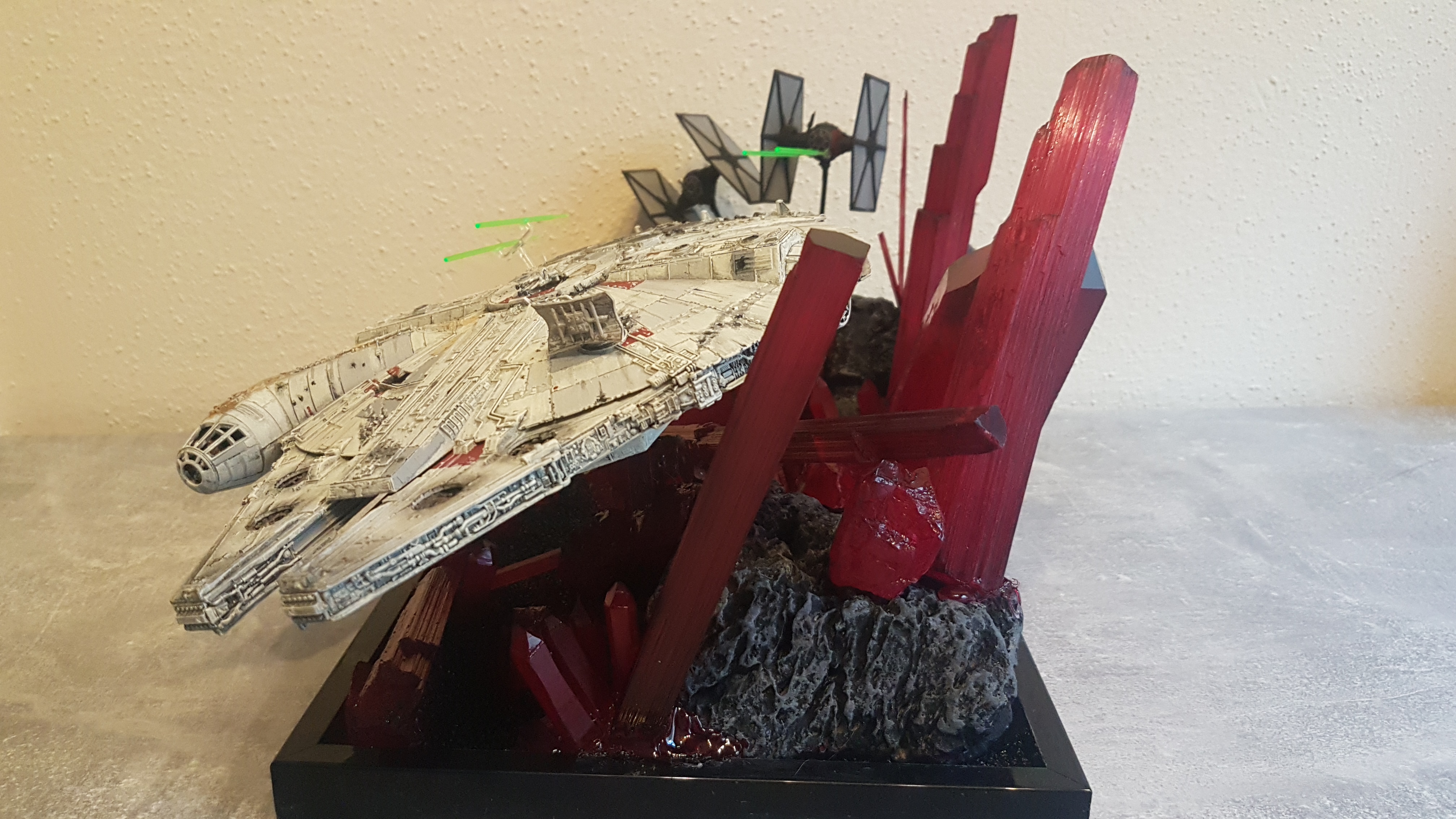 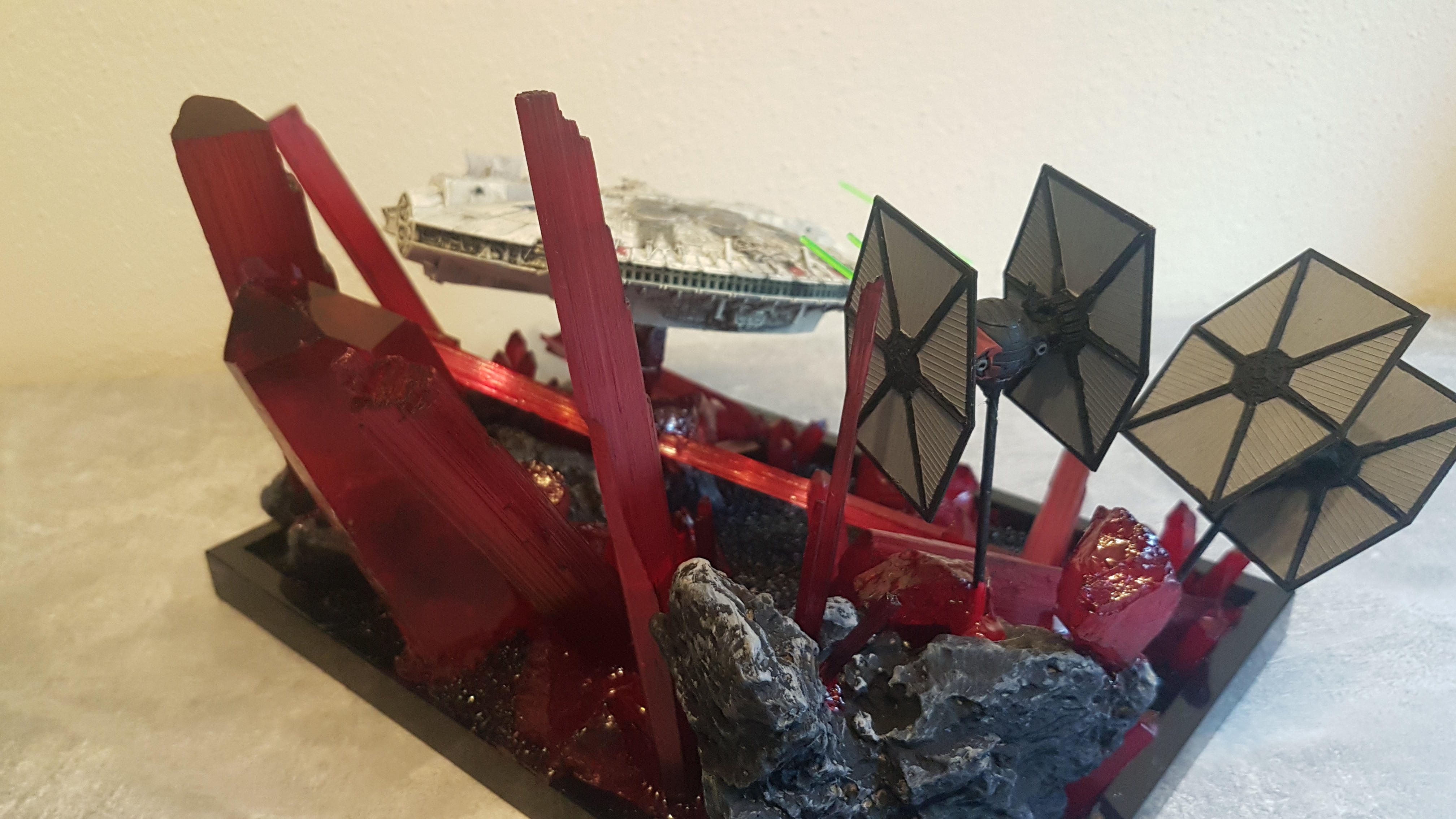 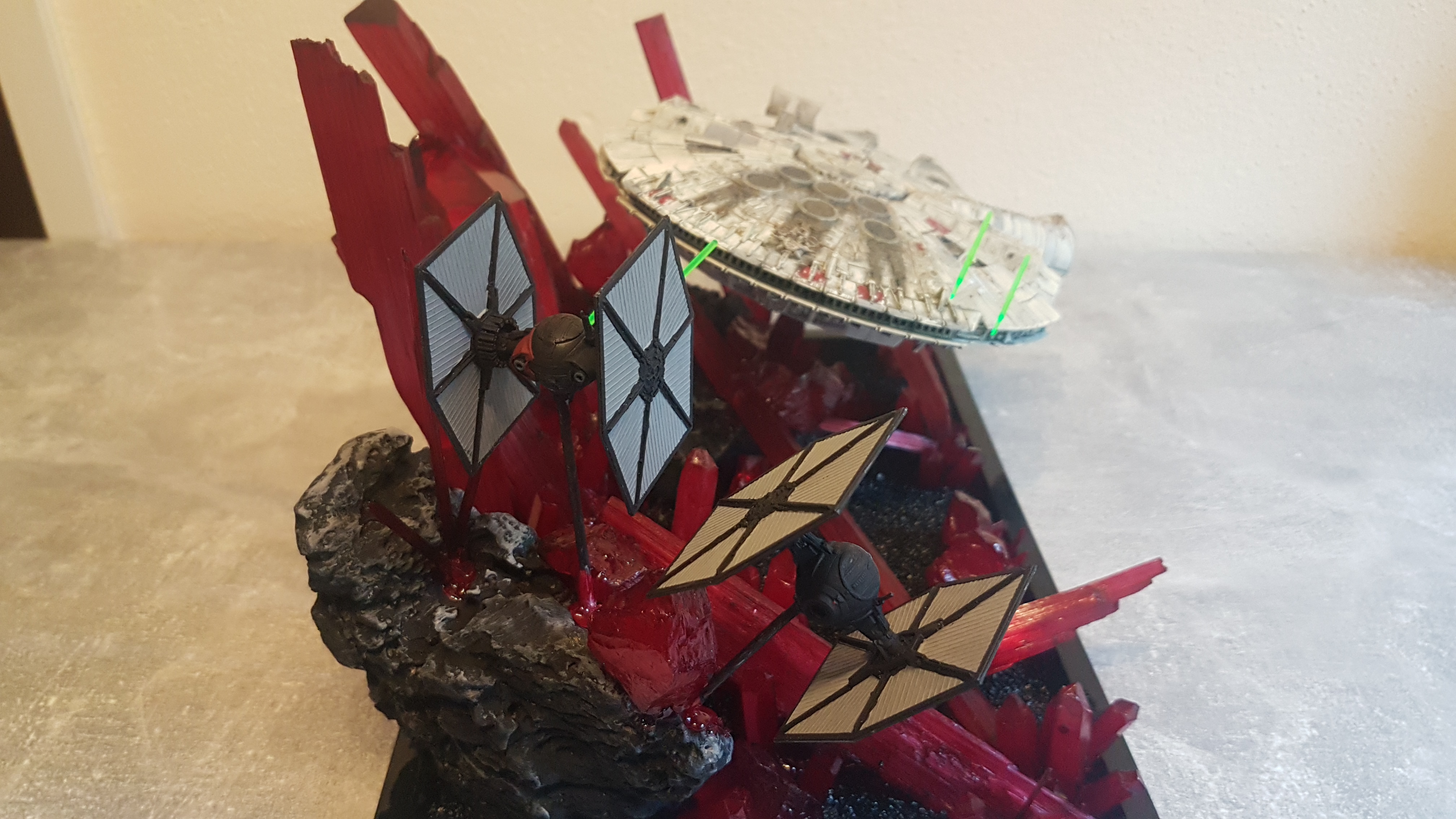 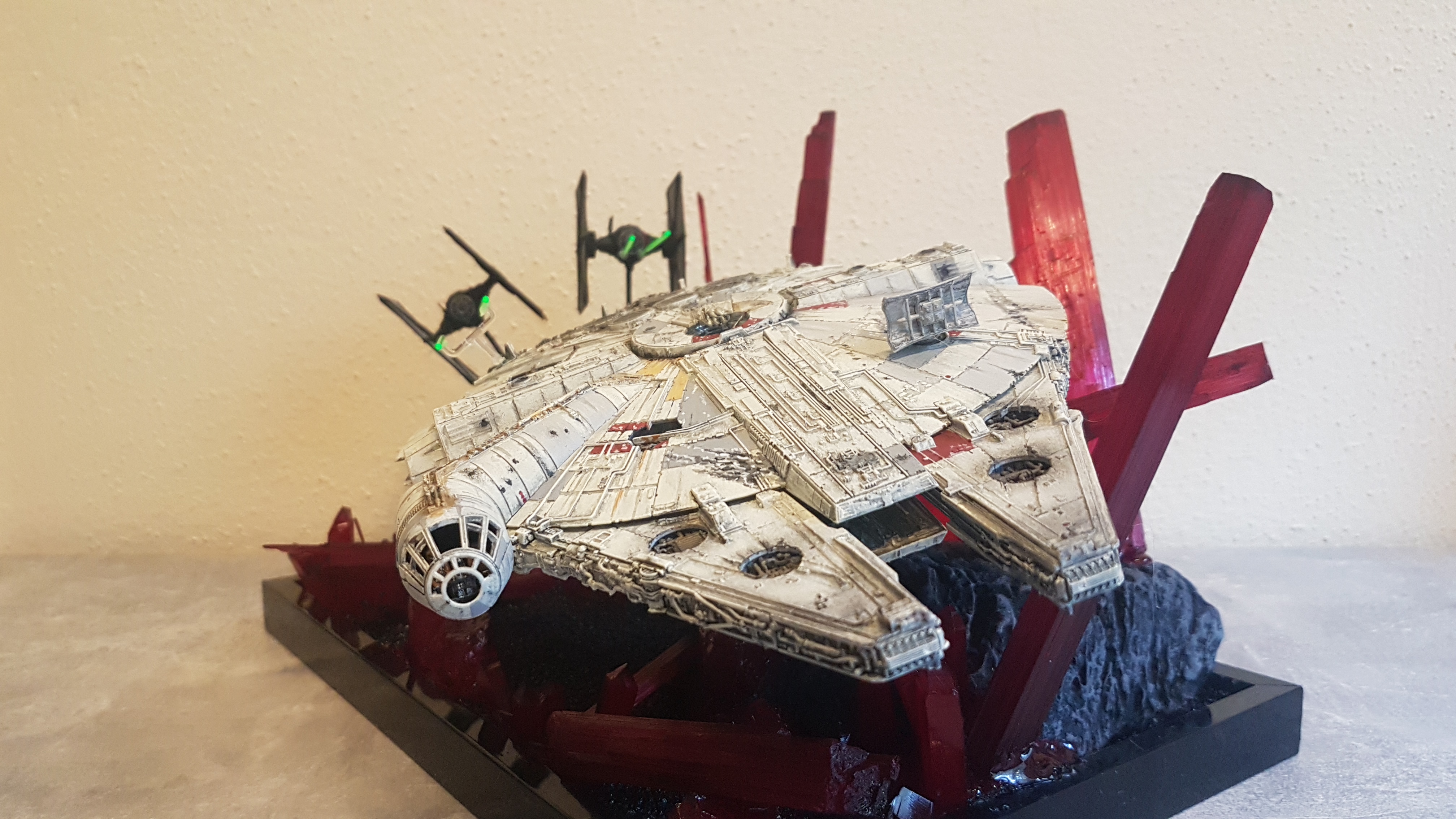 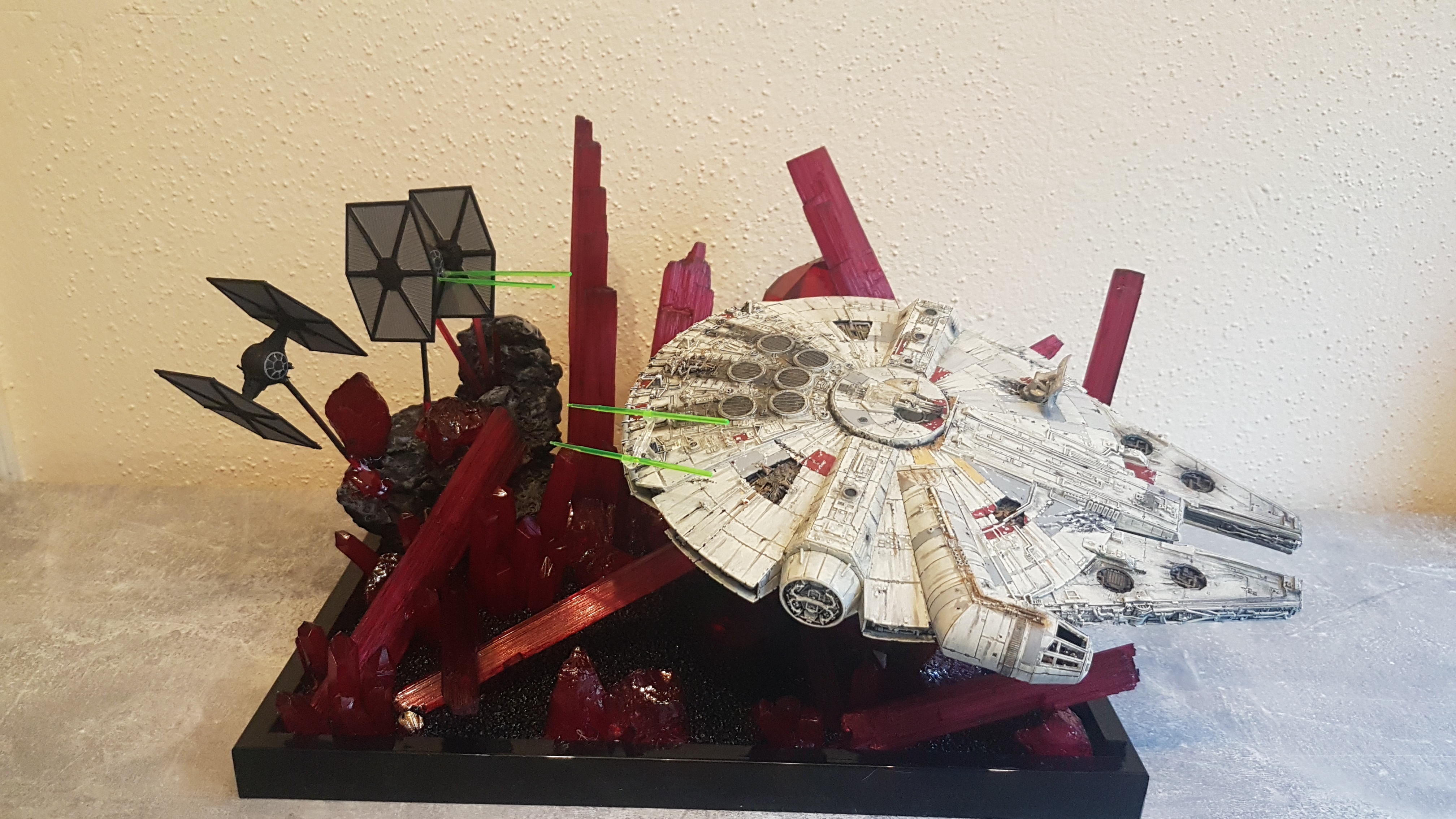 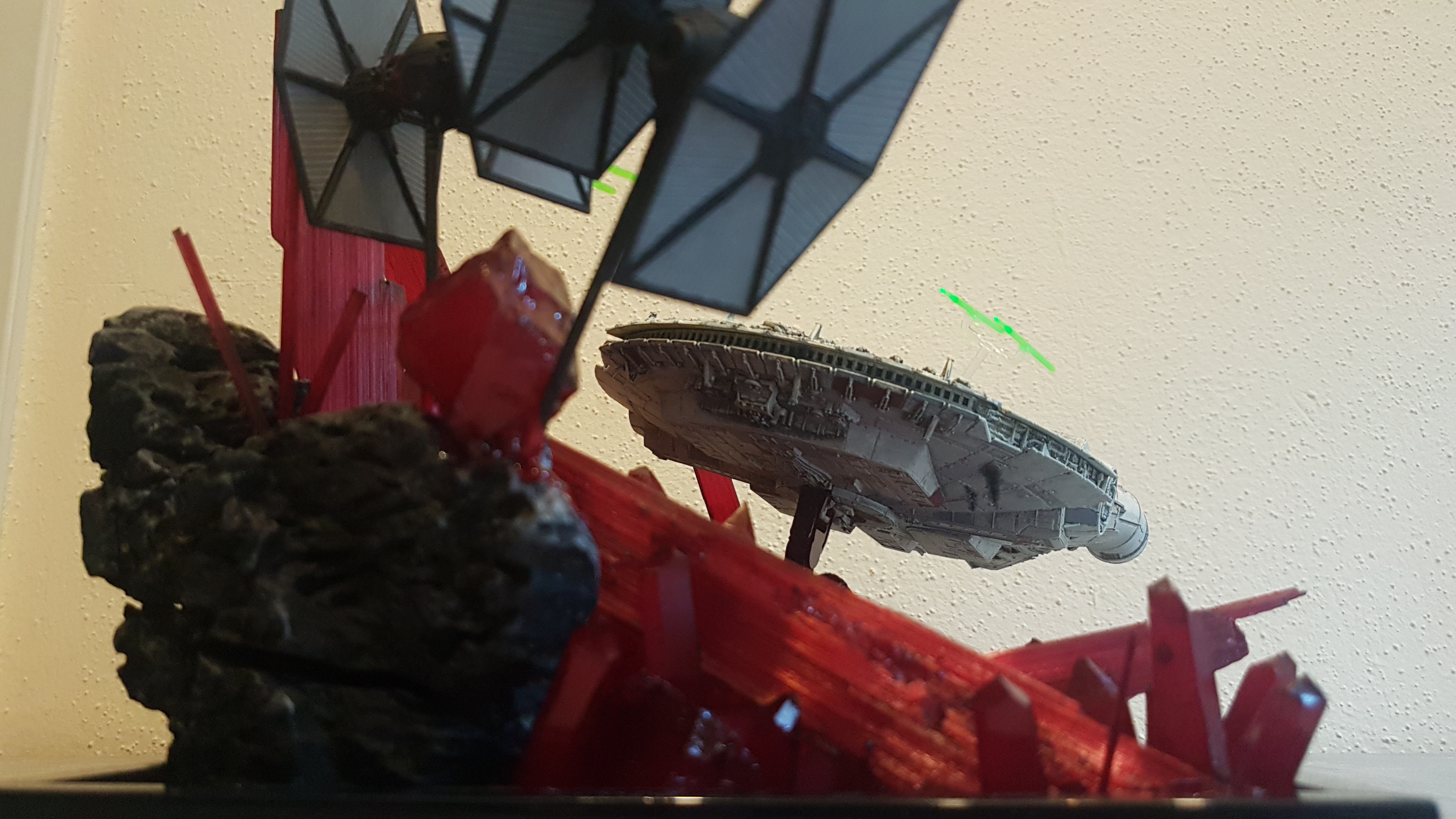 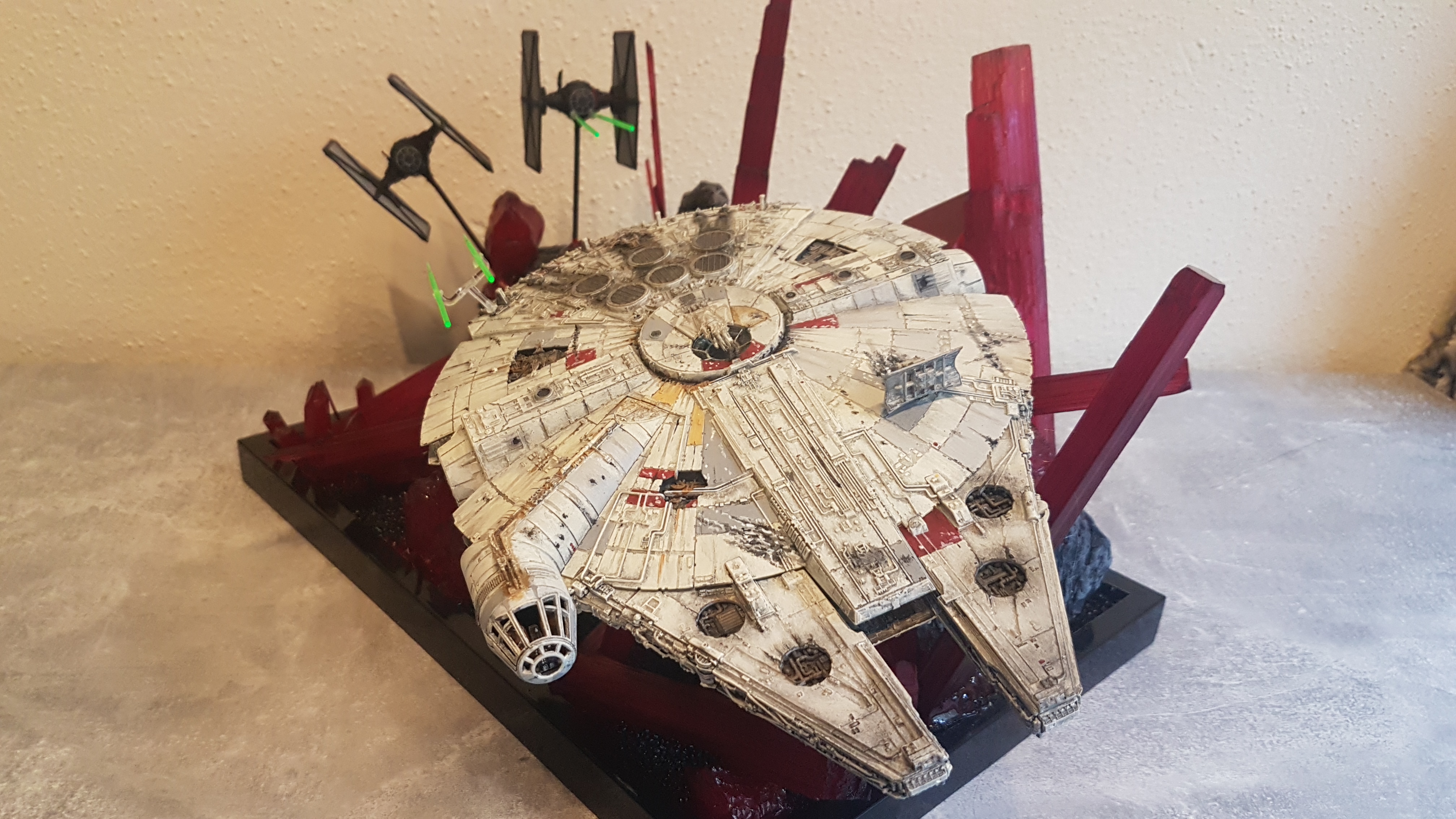 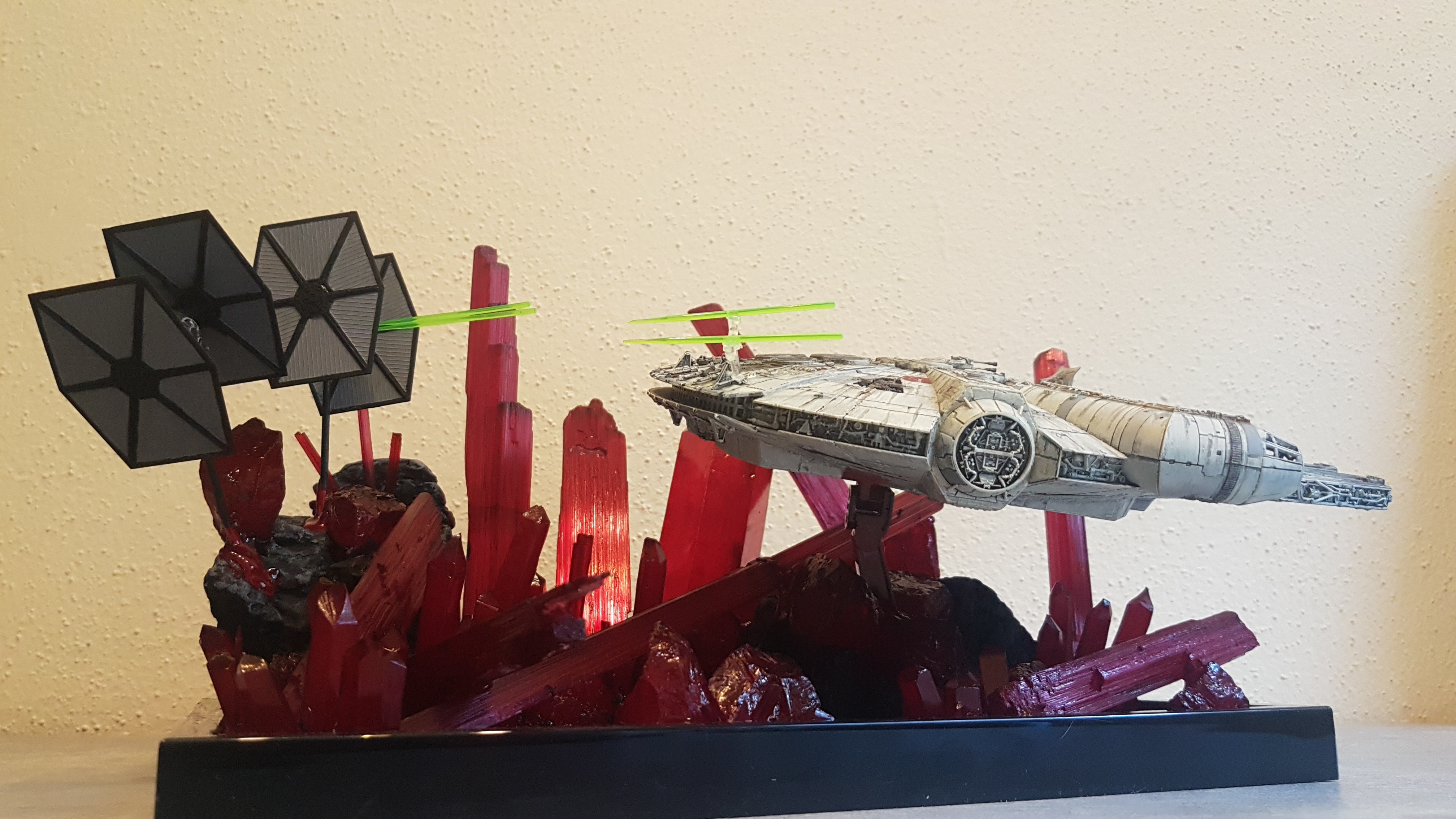 The green laser effects actually do a pretty good job

This was an awesome kit to build with all those tiny greeblies and pipes. Thats what I love in modelbuilding

Had a little setback when I installed the long struts, all 8 where pretty warped still in their sprues.
Painting was also a fun job, although it turned out a little darker then I wanted, but I do like it that way

Nice job . Get the Green Strawberry photo etch kit and light up the cockpit and engines . Just saying......

Yesterday at 7:29 AM
joberg