My Shin And Thigh Armour Out Of Foamies

Now that I've finished my chest armour it's time to tackle the shin and thigh armour.
I'm using craft foam and yoga mats, I made a paper template for the shin armour using trial and error and cut the basic shape out of yoga mat. 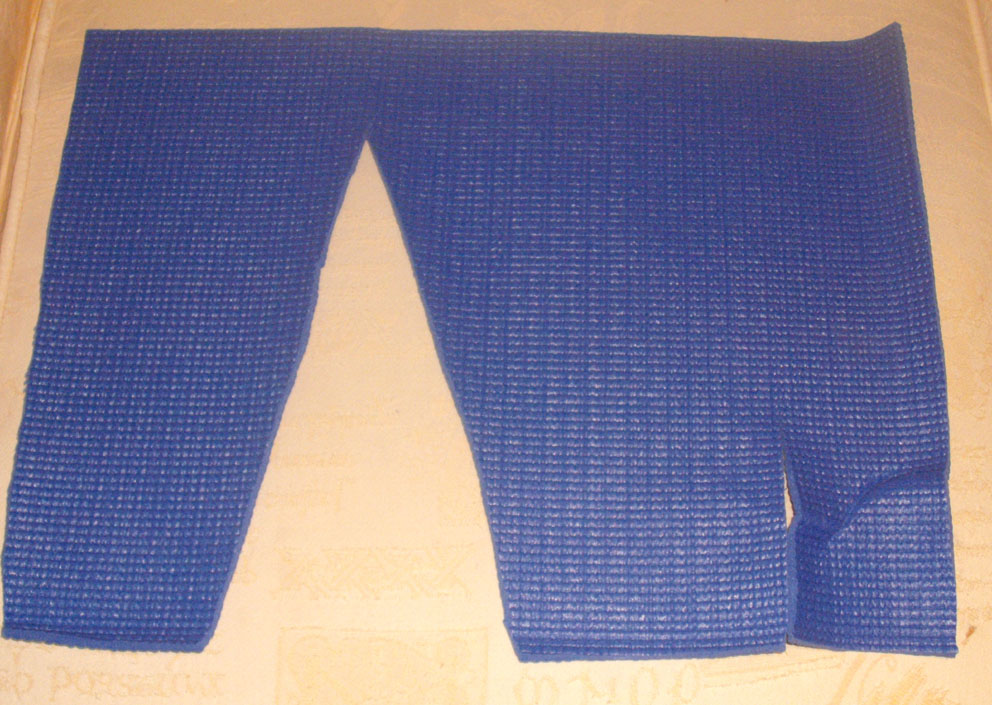 This shape would allow me to get the curve I needed, this was then pinned to a duct tape dummy of my leg to allow mme to work on it a bit easier.

The armour shapes were now cut and superglued on. 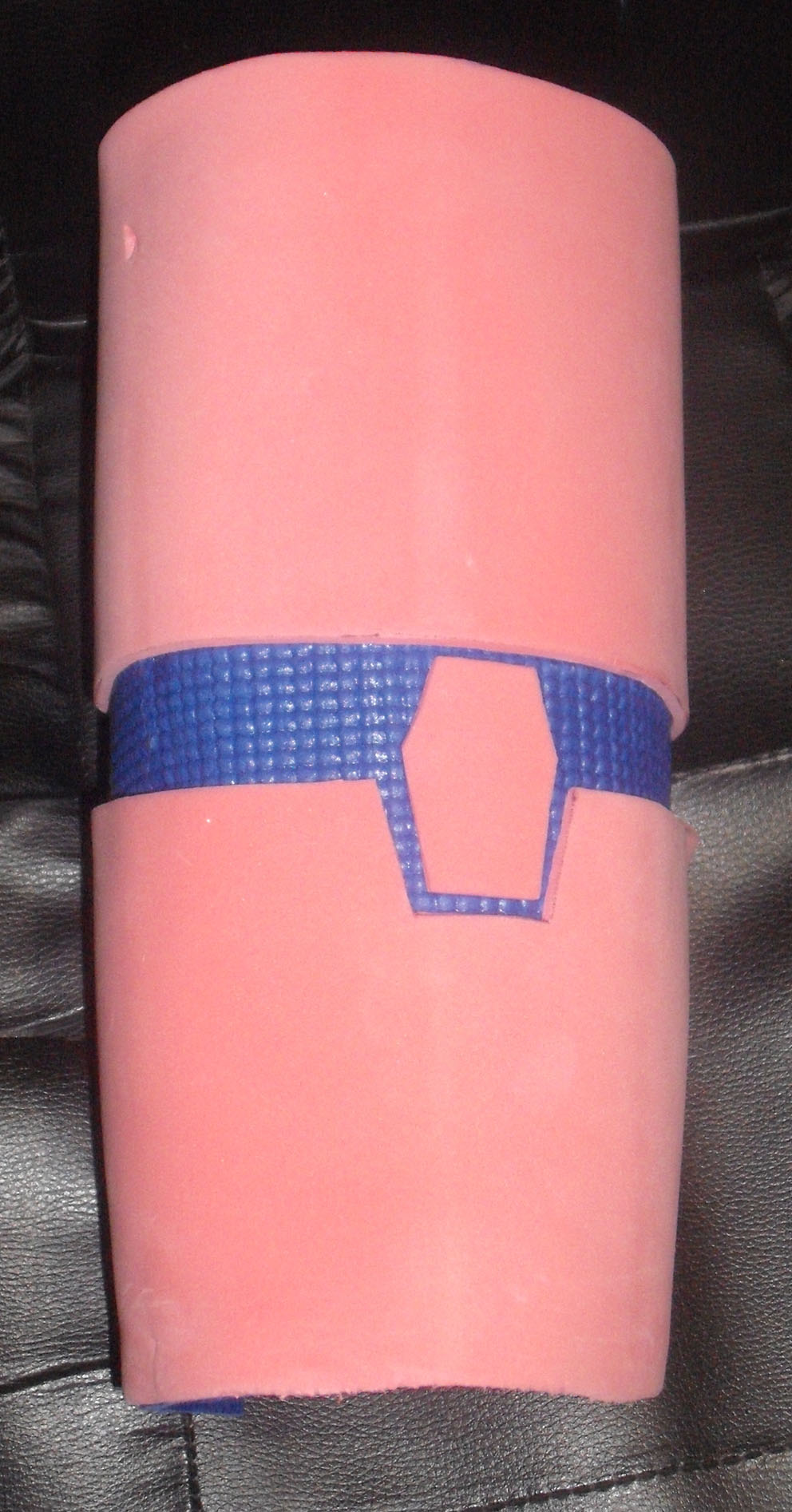 When I test fitted them though the foam was too soft for pulling tight for the velcro, so I glued some fabric over the armour, then re did the armour shapes in foam again.
The top section of the armour was glued to my skin, then a strip of foam used to cover the join.

The bottom half of the armour was made with an overlap for getting in and out of the costume.
The armour was coated with plastidip primer, painted with a mixture of acrylics and inks, then 2 coats of clear plastidip were brushed on to seal the paint. 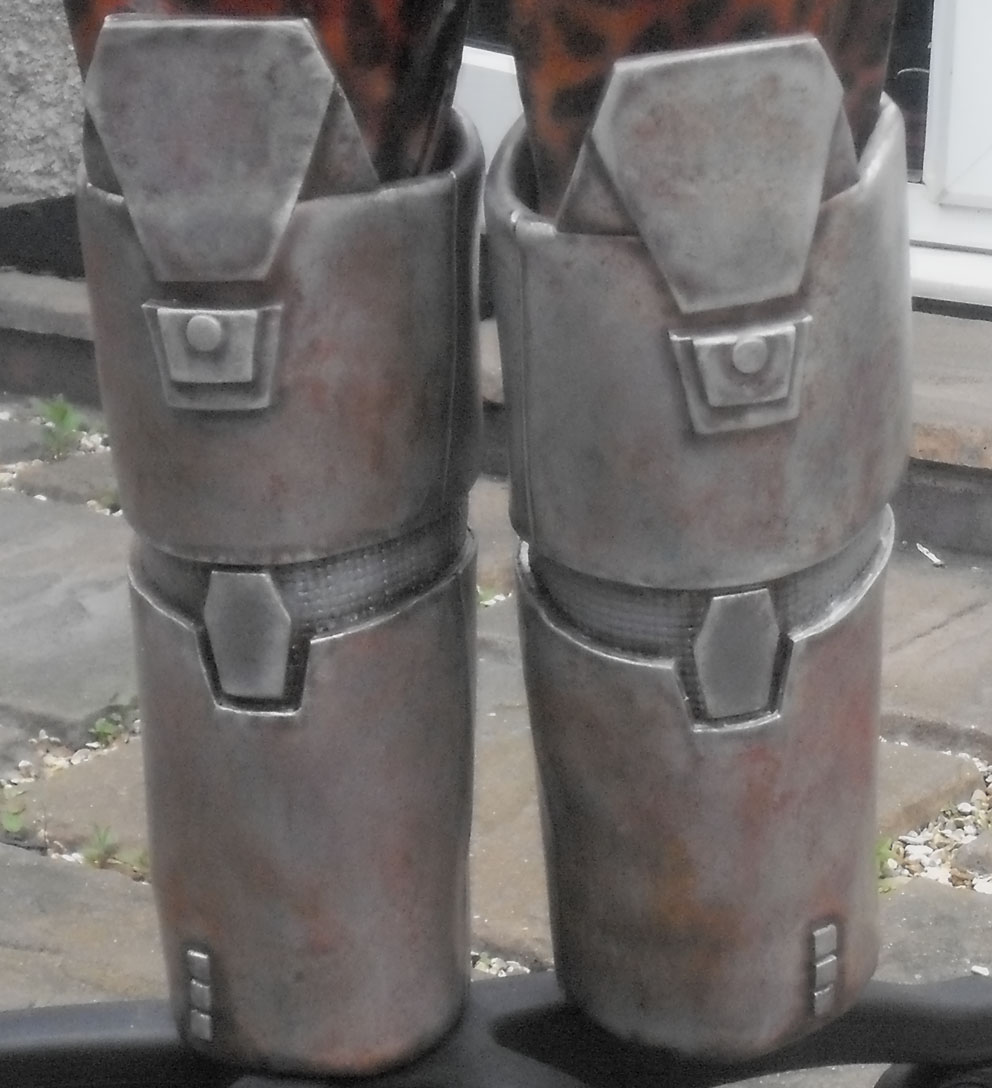 I ended up having to glue curved plastic card inside the shin armour to stop it buckling in the end.
The paintwork is a bit more mottled than the pic shows, taking photos isn't something I'm good at.
The thigh armour was done much the same way, a paper template for the basic shape,
then layers of foam glued on to get the final shape. 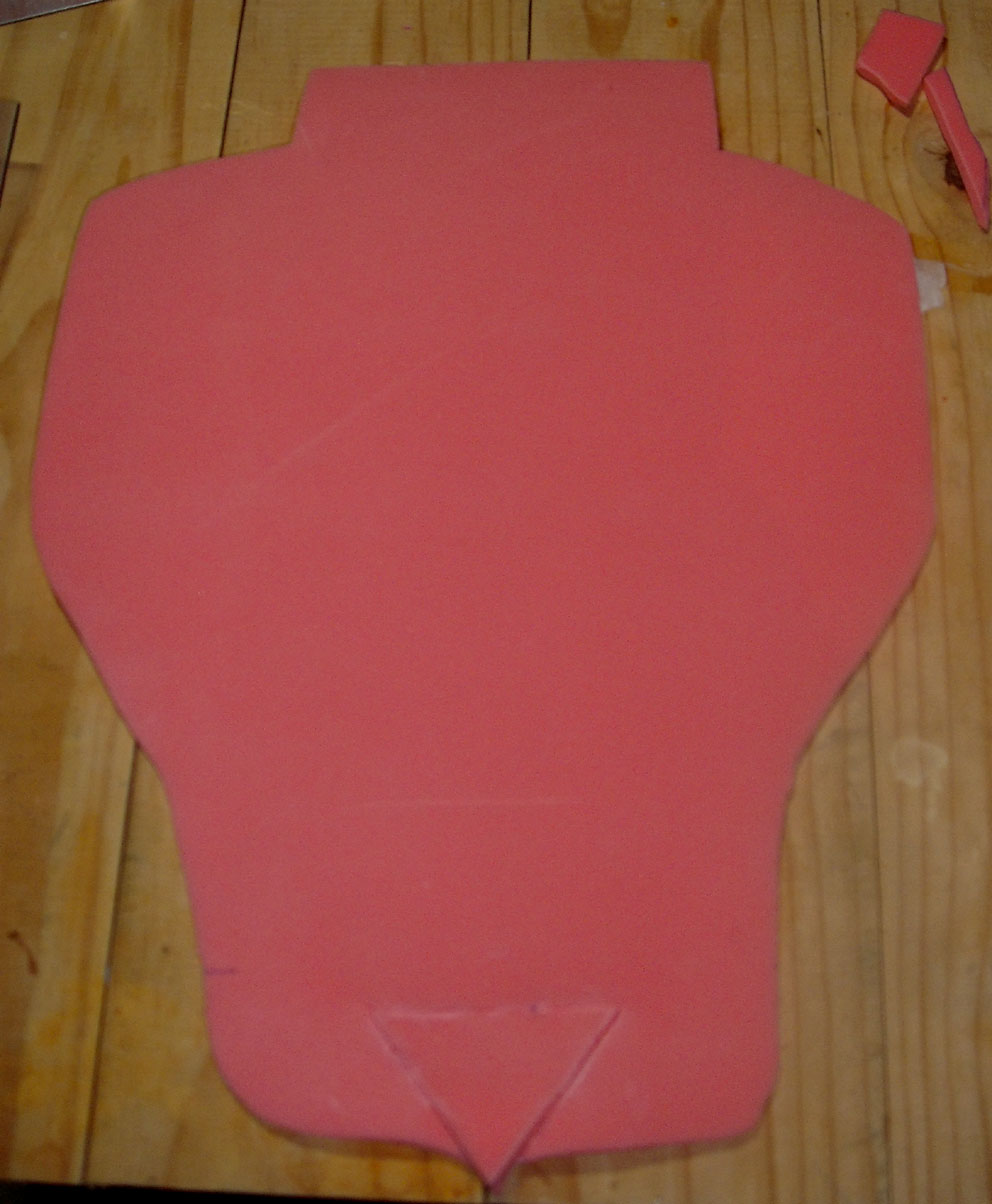 The painting was done using the same method as the shin armour, now I've just got to decide whether to glue these to the skin or make them removable. 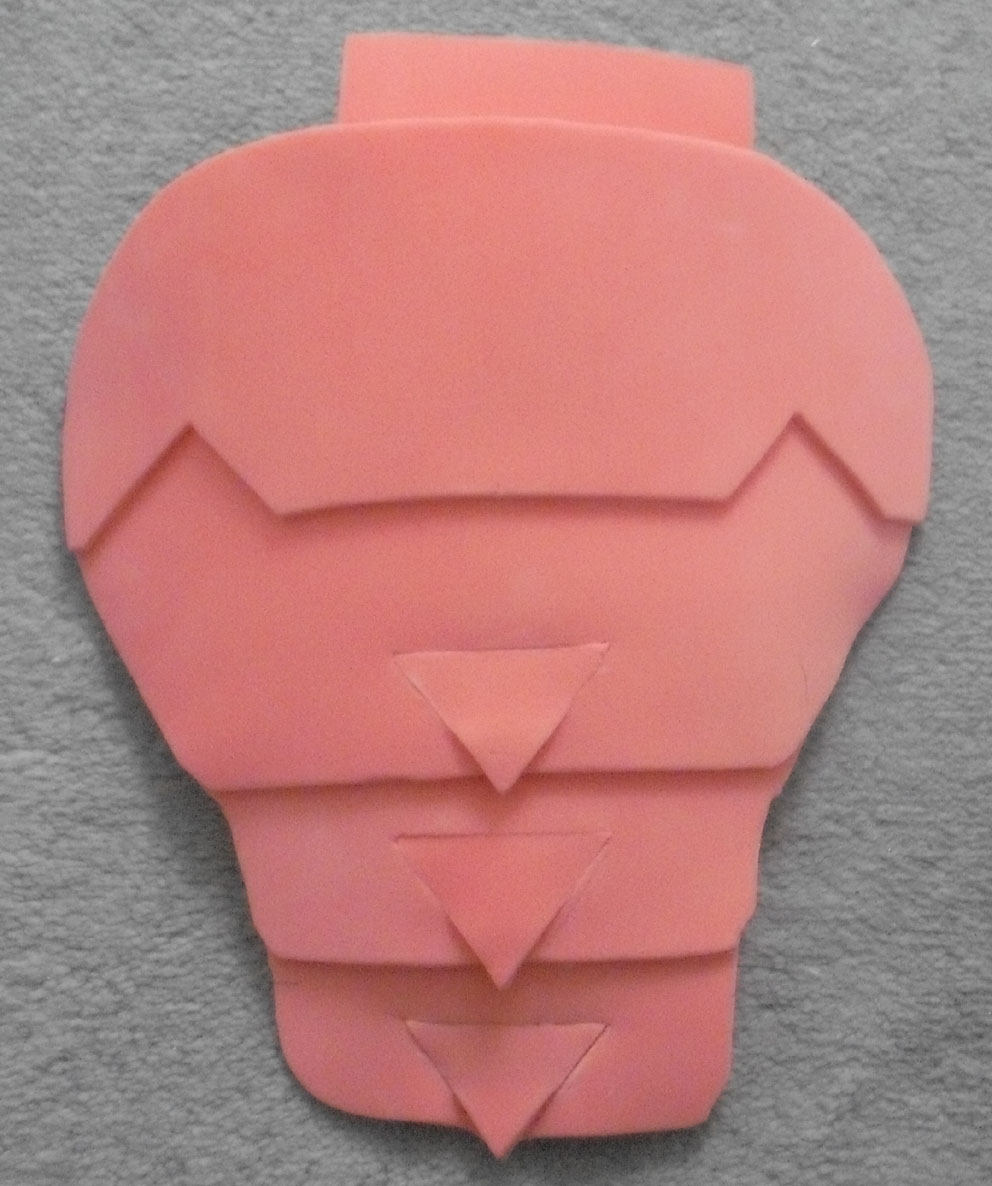 That's most of my armour done now, next job is putting lifts in the feet. 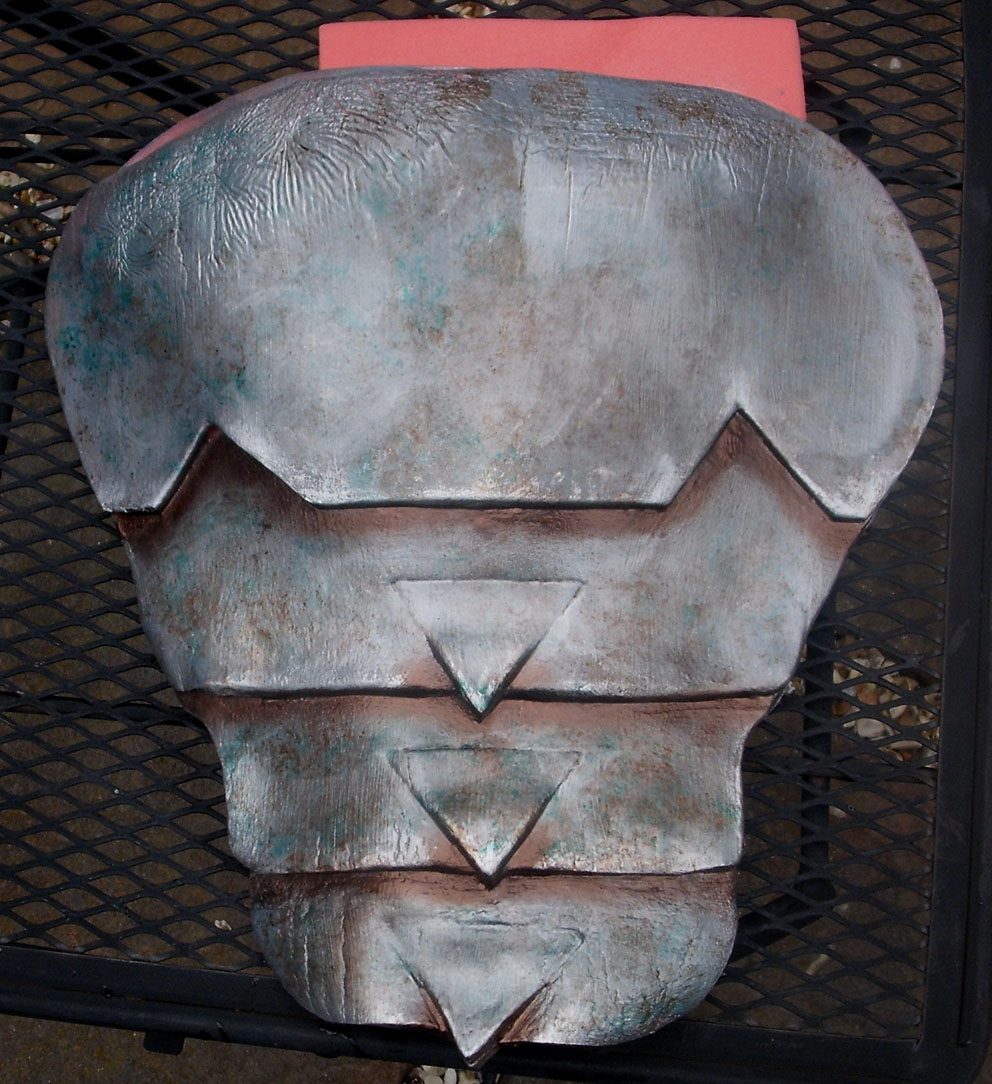 Very good job there buddy!
Now put everything together and show us!

Thanks for the positive comments guys,
Torredator - once I've done the feet and loincloth I'll take photos of it all on the costume.

yeah, I'm doing my loin armor out of foamies with a red leather cloth behind it as well, right now I'm working on my feet for my suit, it's one of those things where I haven't worked on it for months then I get on a roll and in a matter of days I got the vest, plasma cannon, bio mask redone, and hands finished on it. I'm doing my leg armor the same way you're doing yours as well

The cod piece and belt buckle are done now, the loin cloth might not be leather though, I found some fur type material recently, I'll be trying that for a custom look. The feet are nearly done now as well, had to do some modifying to hide the bottoms - pics soon.
You must log in or register to reply here.
Share:
Facebook Twitter Reddit Pinterest Tumblr WhatsApp Email Link
Top