RPF PREMIUM MEMBER
Hey all, hope everyone is doing well and had a great Thanksgiving. Been a little side tracked lately and haven't had a lot of time for my builds, but slowly getting back into the groove. I really wanted to do a 1:1 Mandalorian on somewhat of a budget, so this is how it went. I have some purchased parts and lots of 3D printing, but most of the hard work was done by so many of the talented artists in our community who design these pieces; I do the easy part of printing, painting, and assembling. While this is not completely accurate or as good as some of the other builds out there, I was trying to stay on a budget at the same time remaining faithful to the spirit of the character. I'm real pleased with how it came out, easily one of my all time favorite builds........

The rifle is a Traywick Designs print, which is by far one of the single greatest prop items I've ever purchased in the 18 years I've been in this hobby. I lost some of my build photos, but you can see the rifle in the final video below. The stock was painted with a brown base and then I used alcohol pens to make the wood grain. 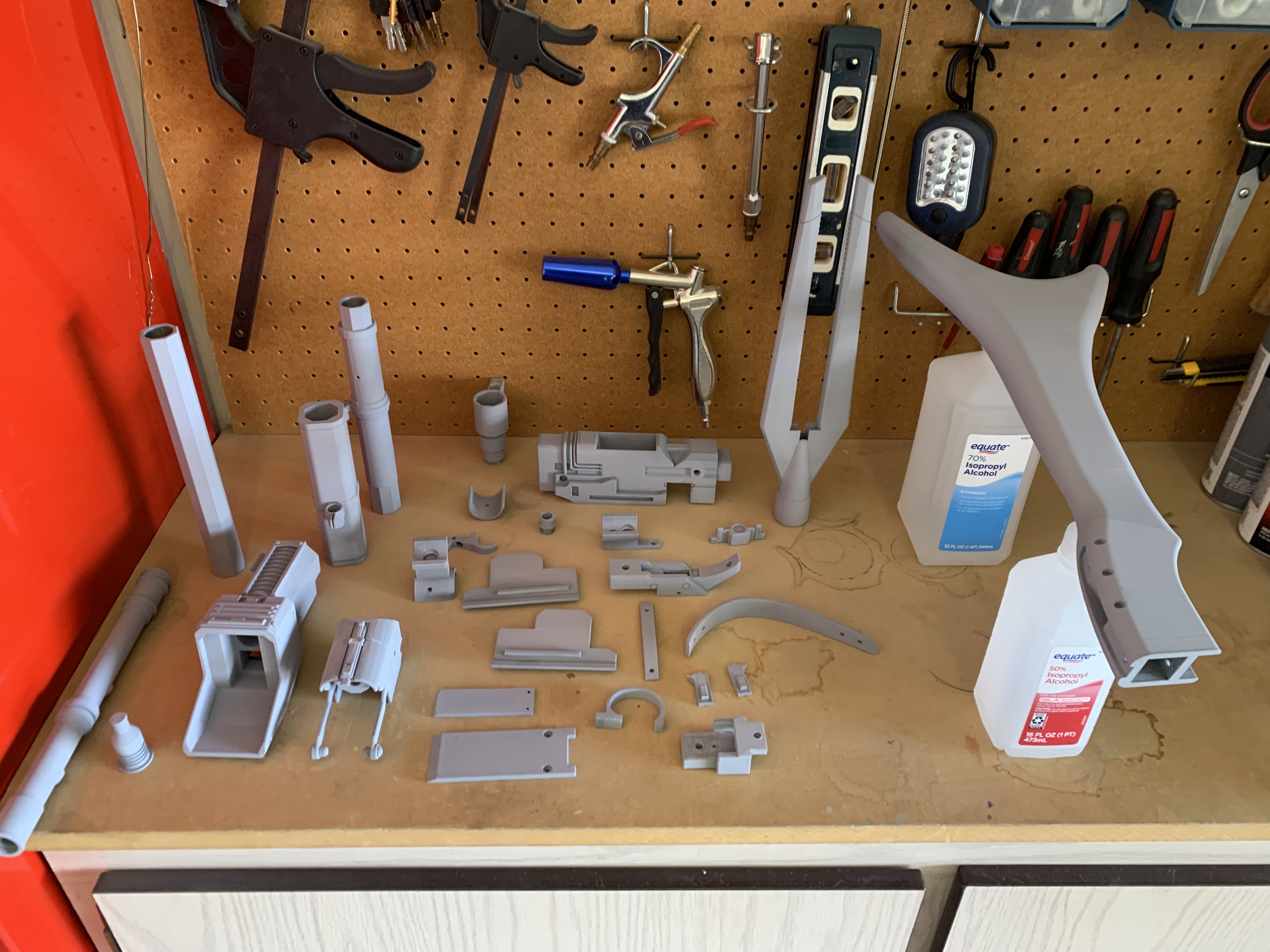 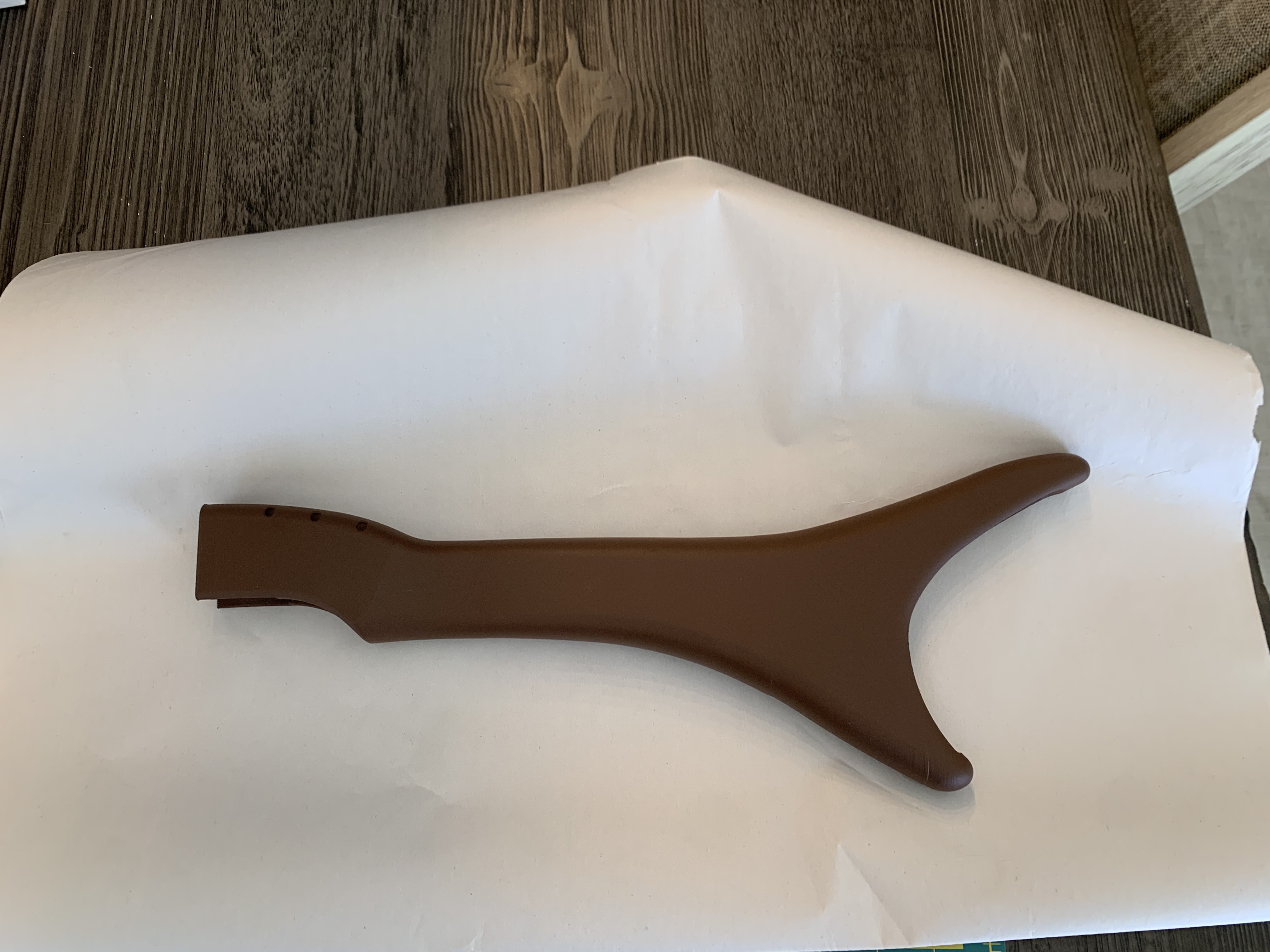 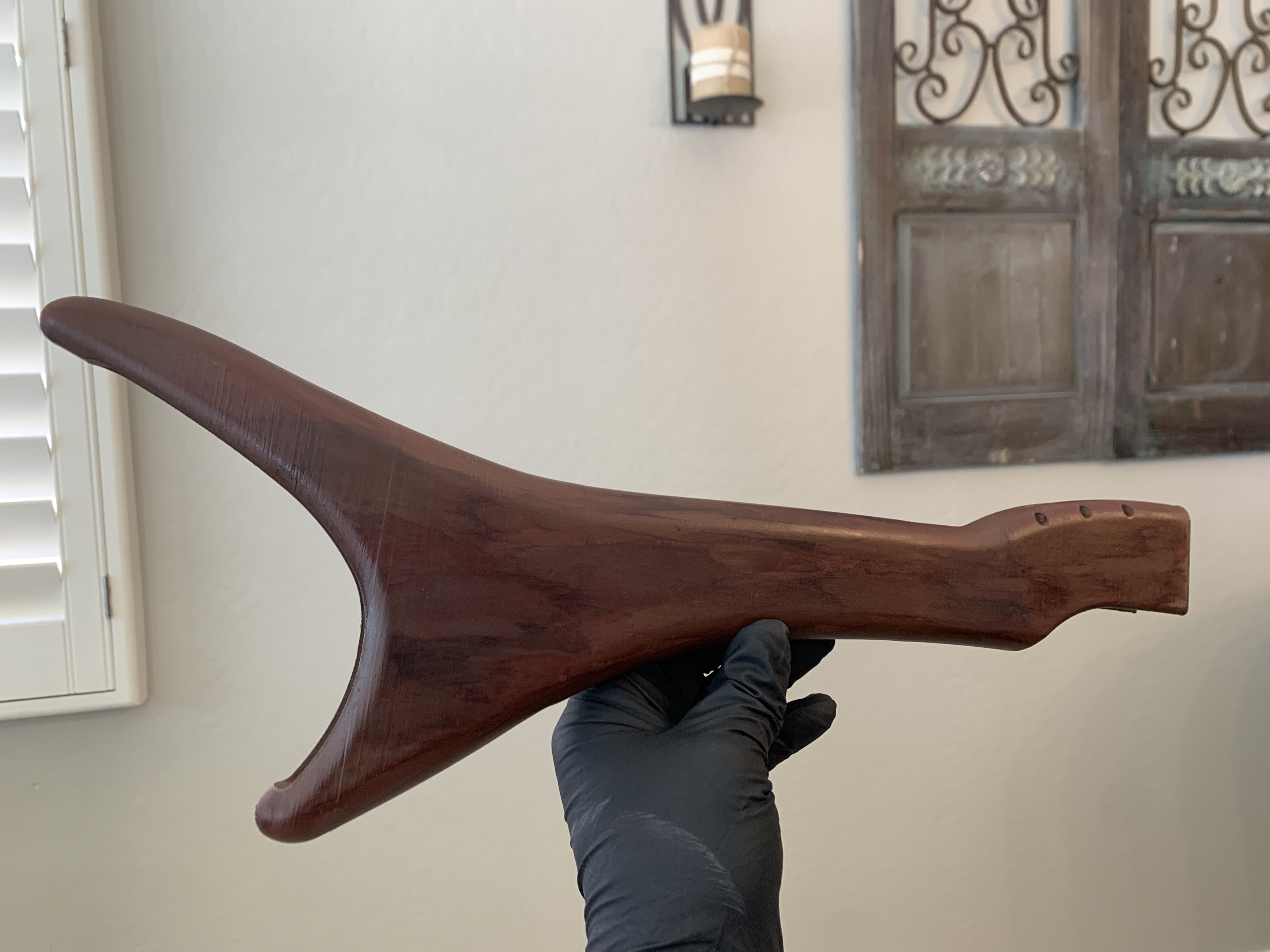 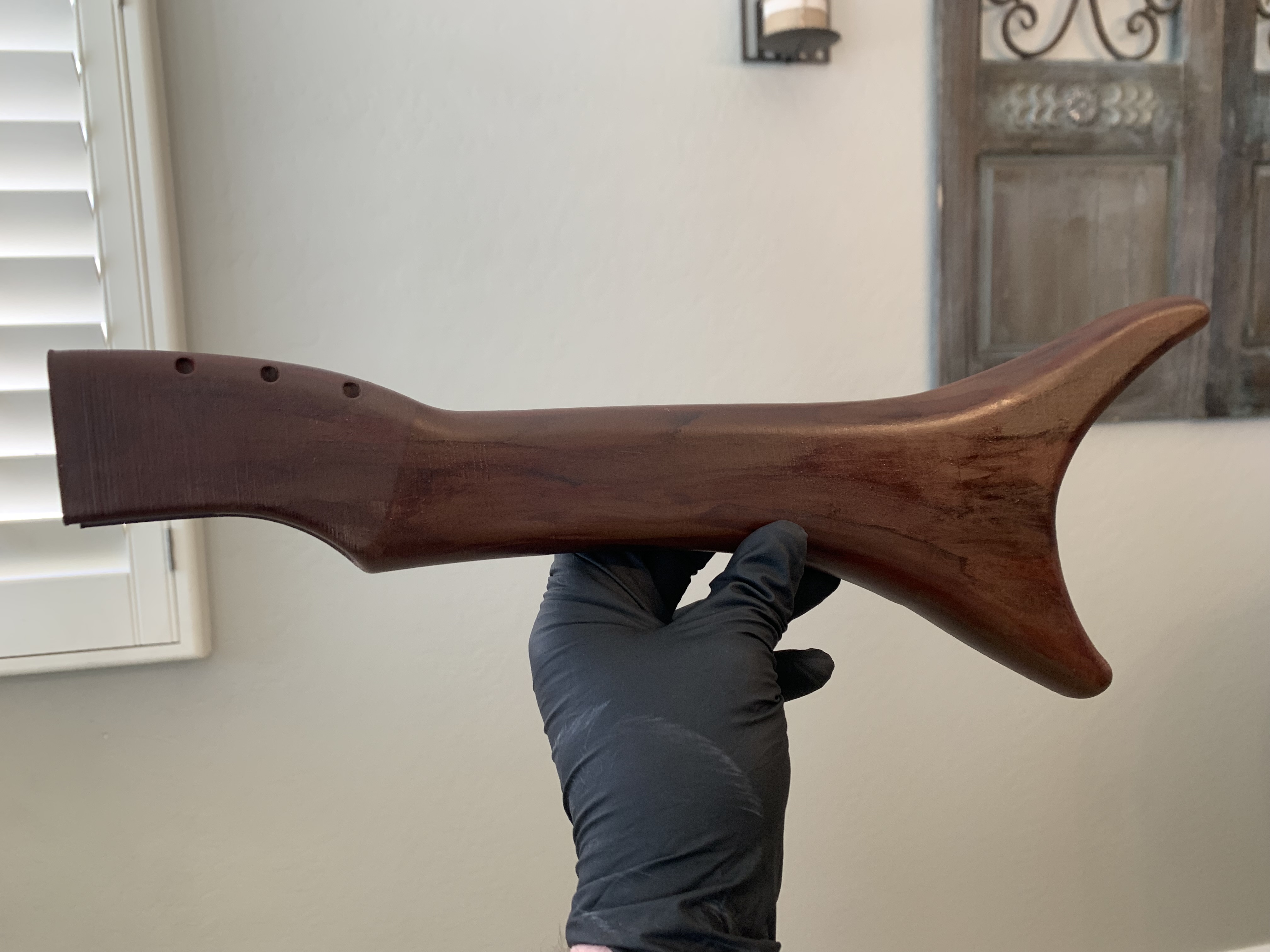 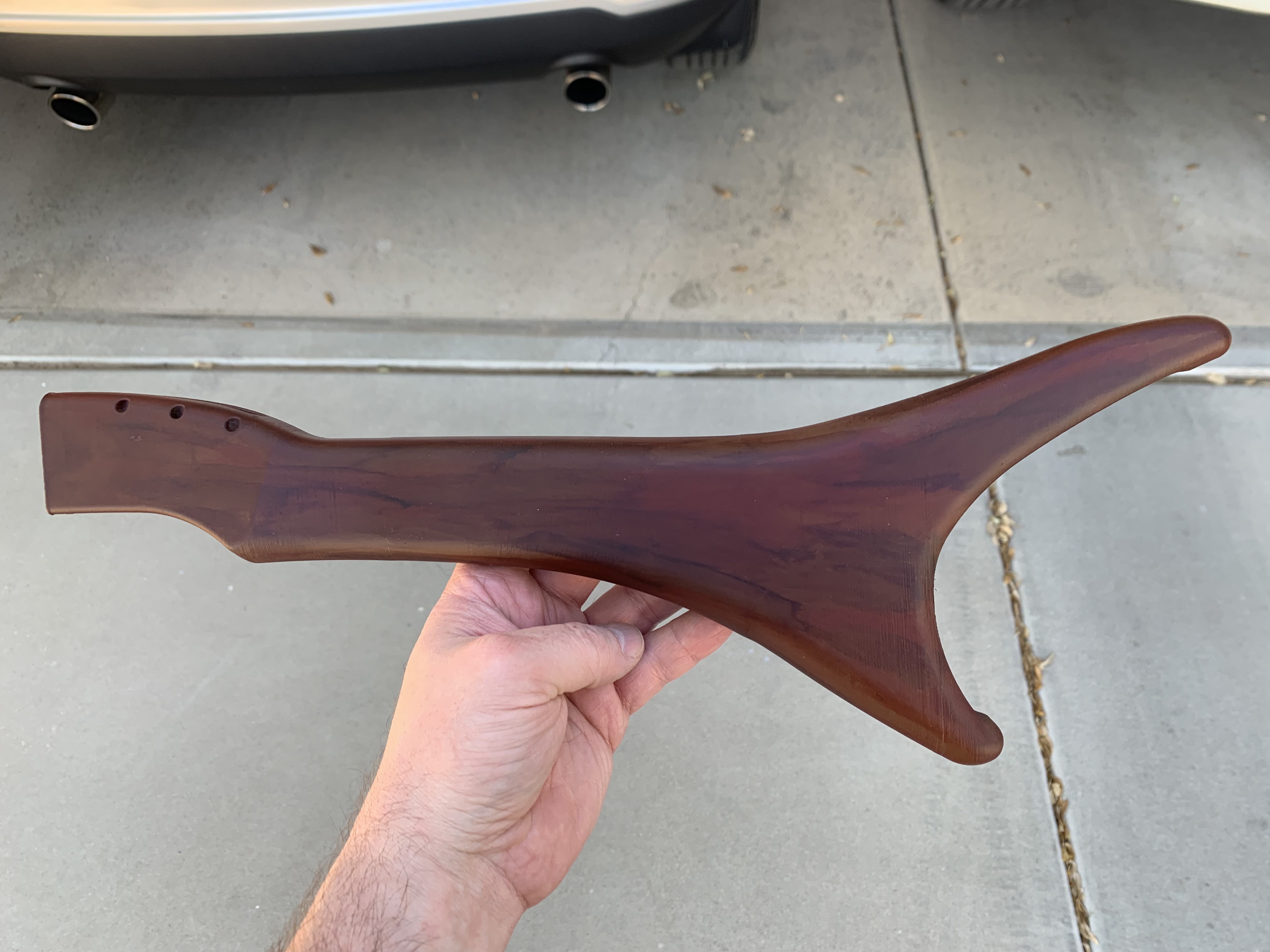 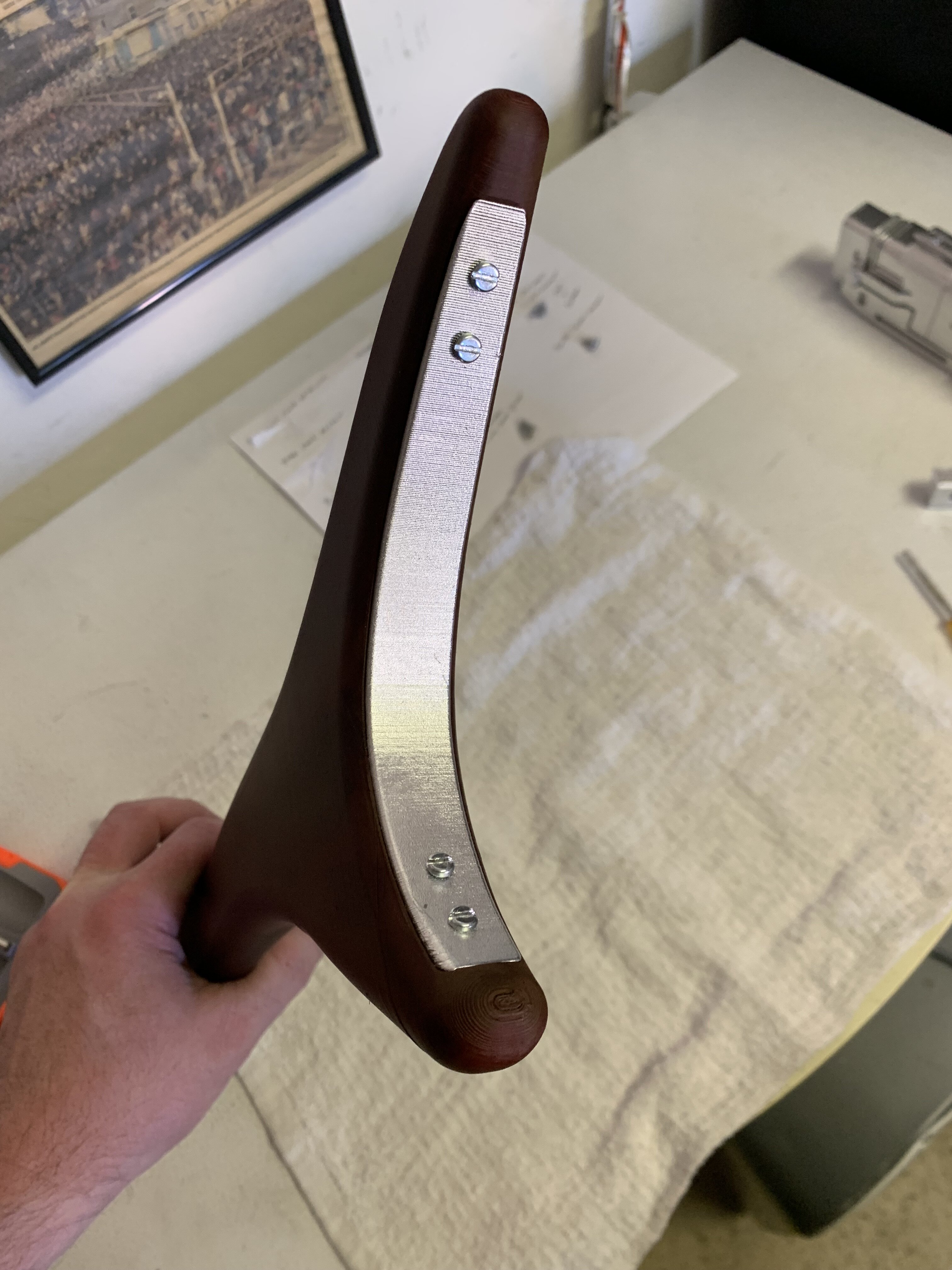 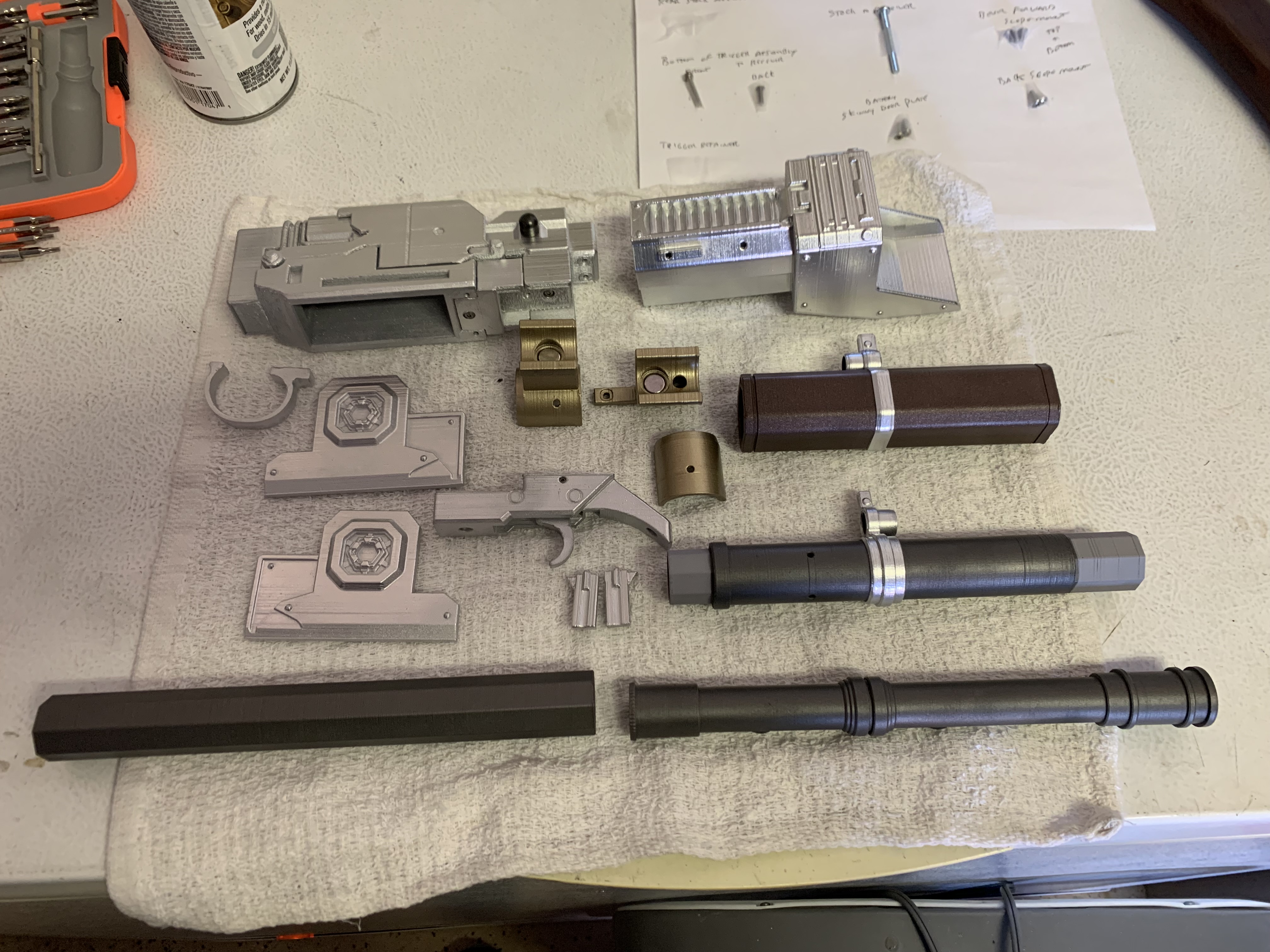 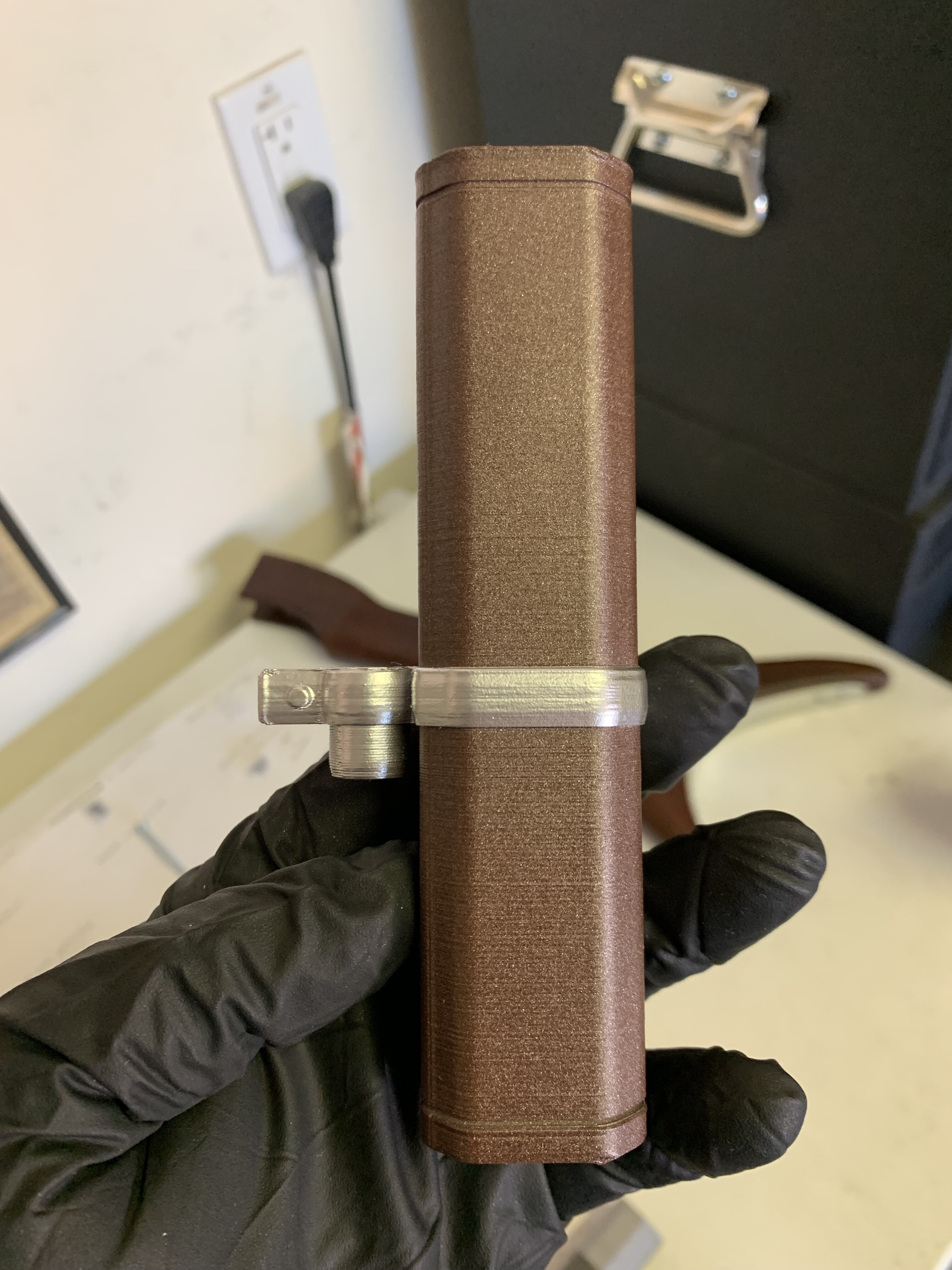 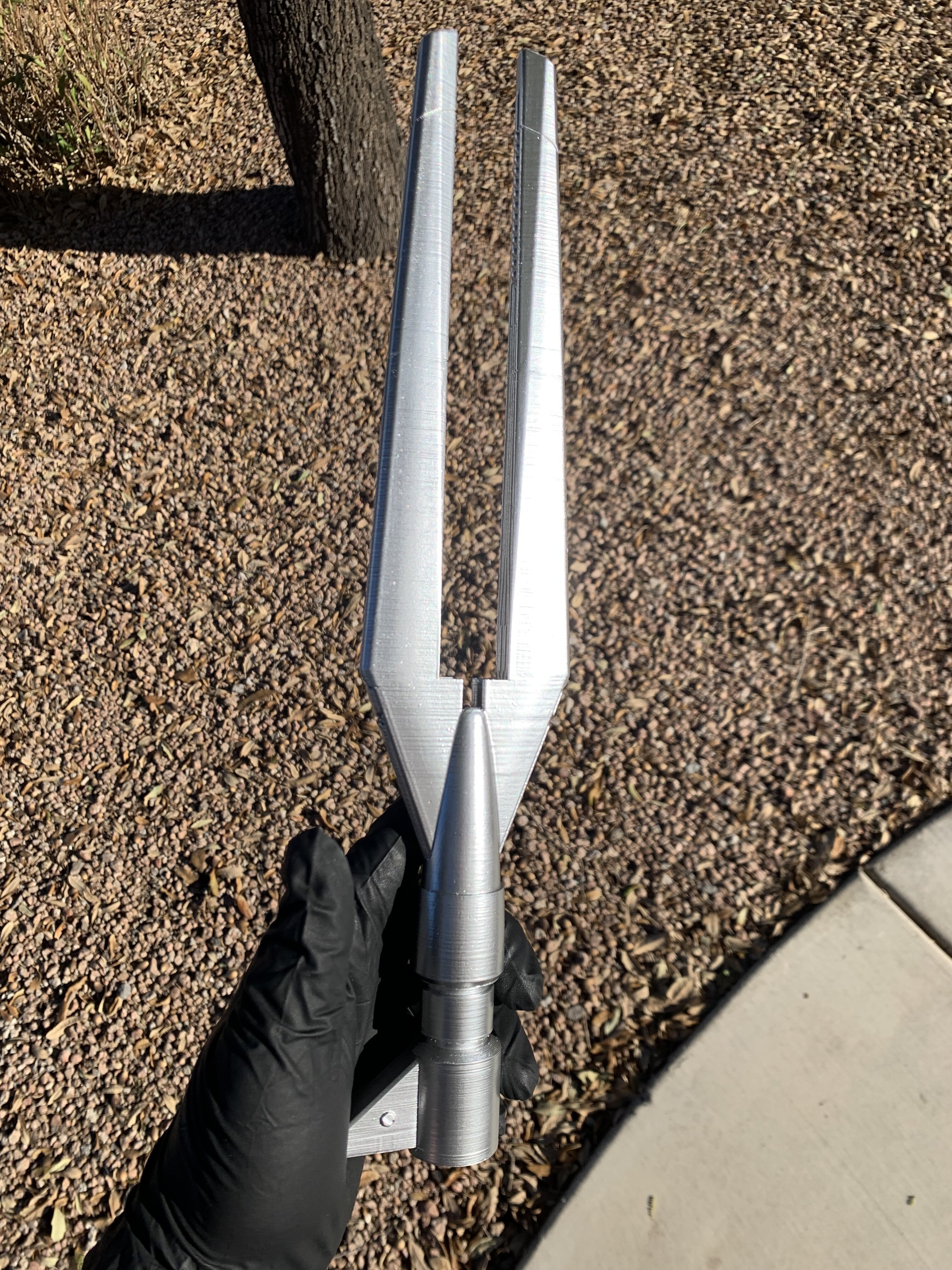 The armor was printed using Great Ape files and the jetpack is a Man of War studios. The helmet is a Hasbro Black Series. I didn't want to strip and repaint it, so I decided to try and match it as best I could and ended up using Alclad II with a touch of Titanium Bronze over a gloss black base. I wasn't going to drop the coin needed to buy the screen used paint and didn't want to use graphite powder, but I'm happy with the results. 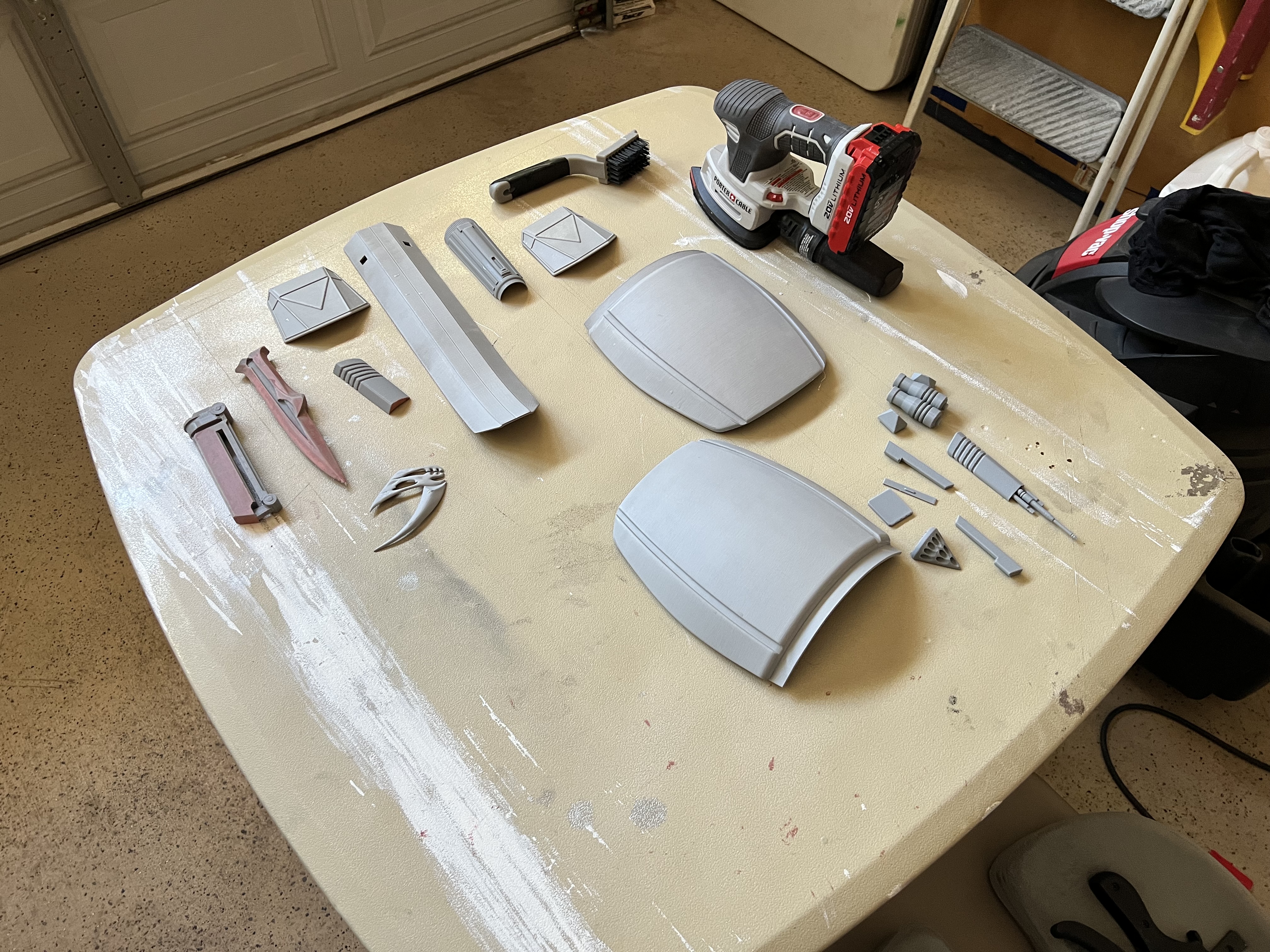 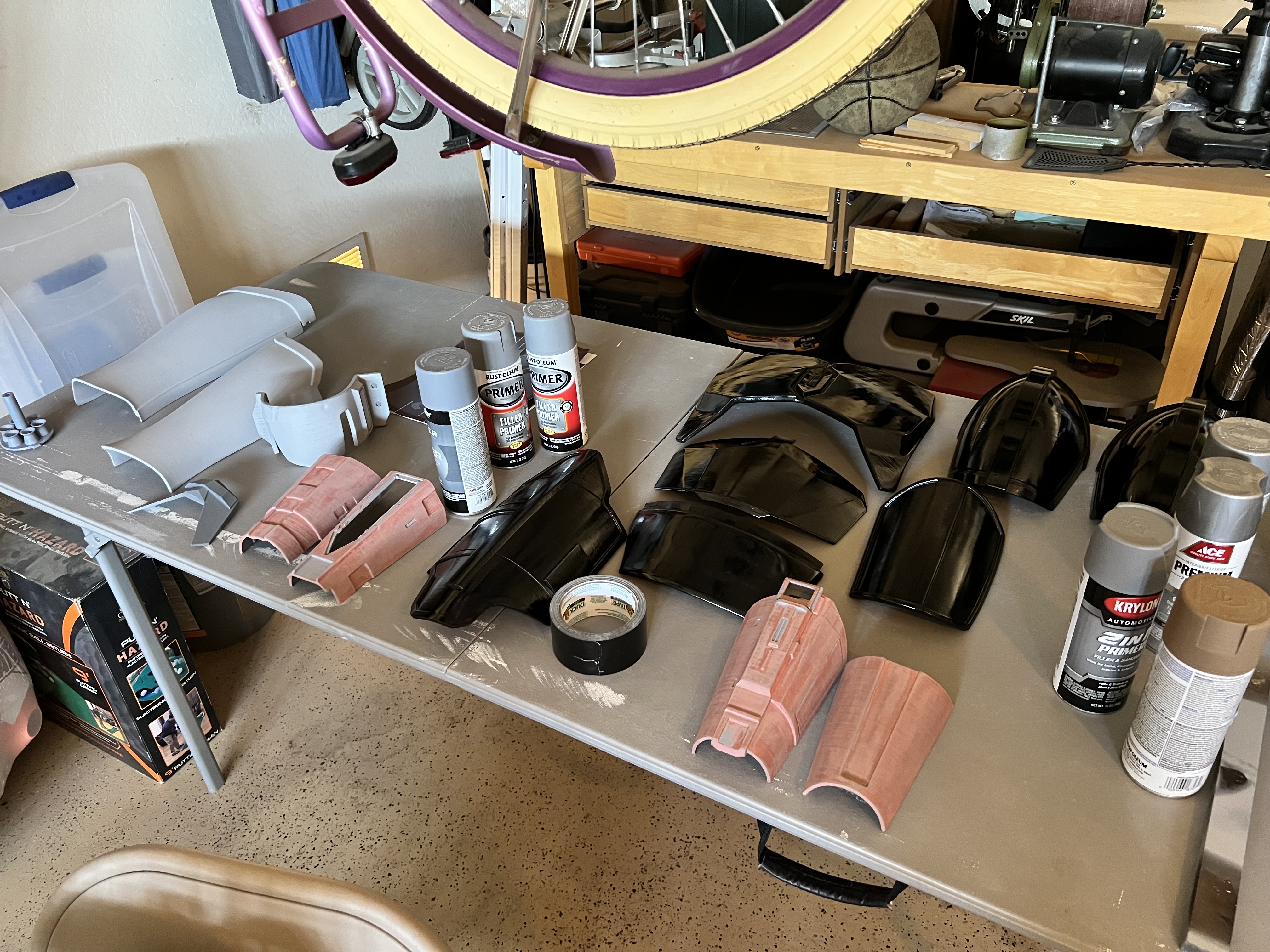 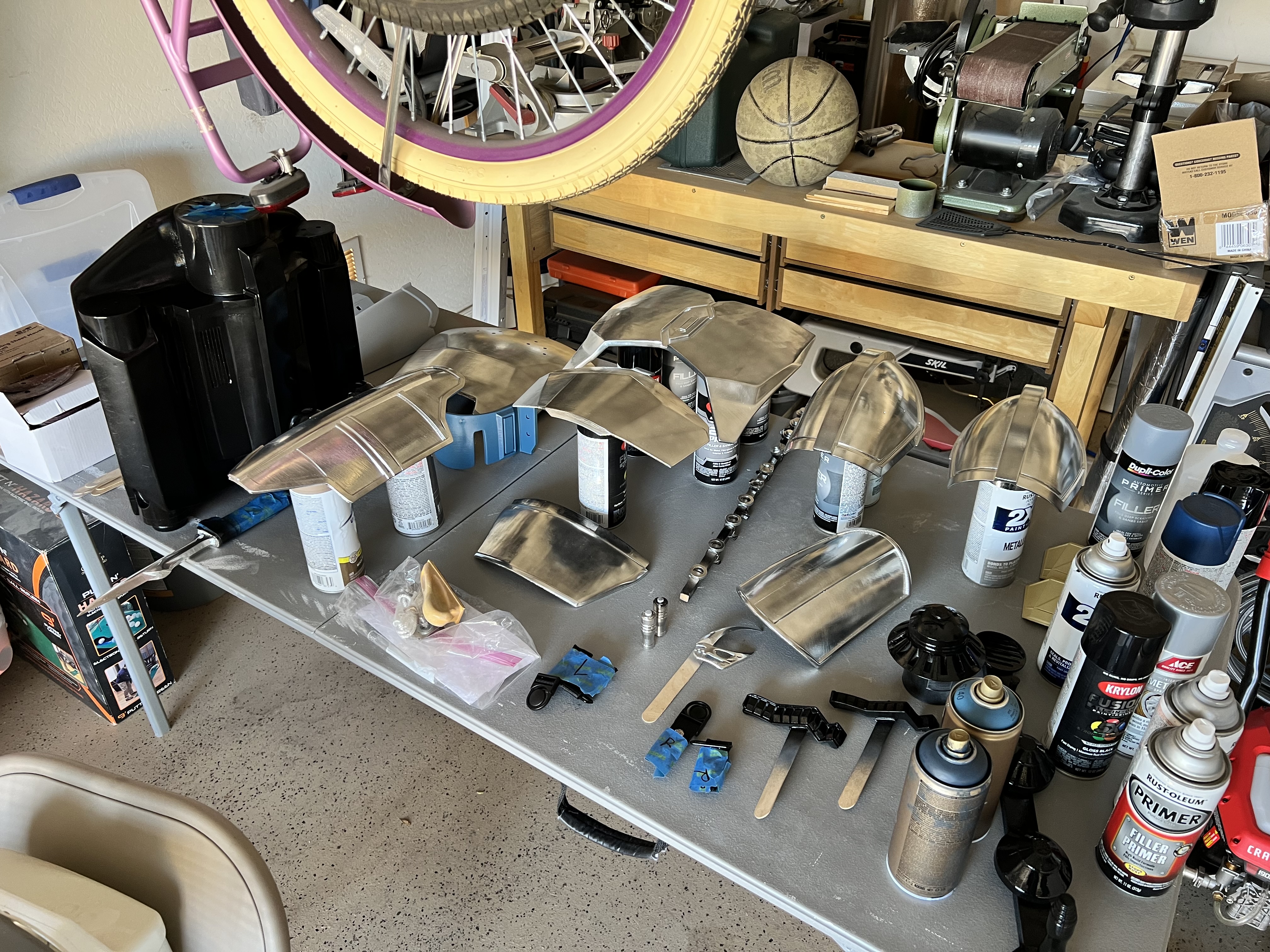 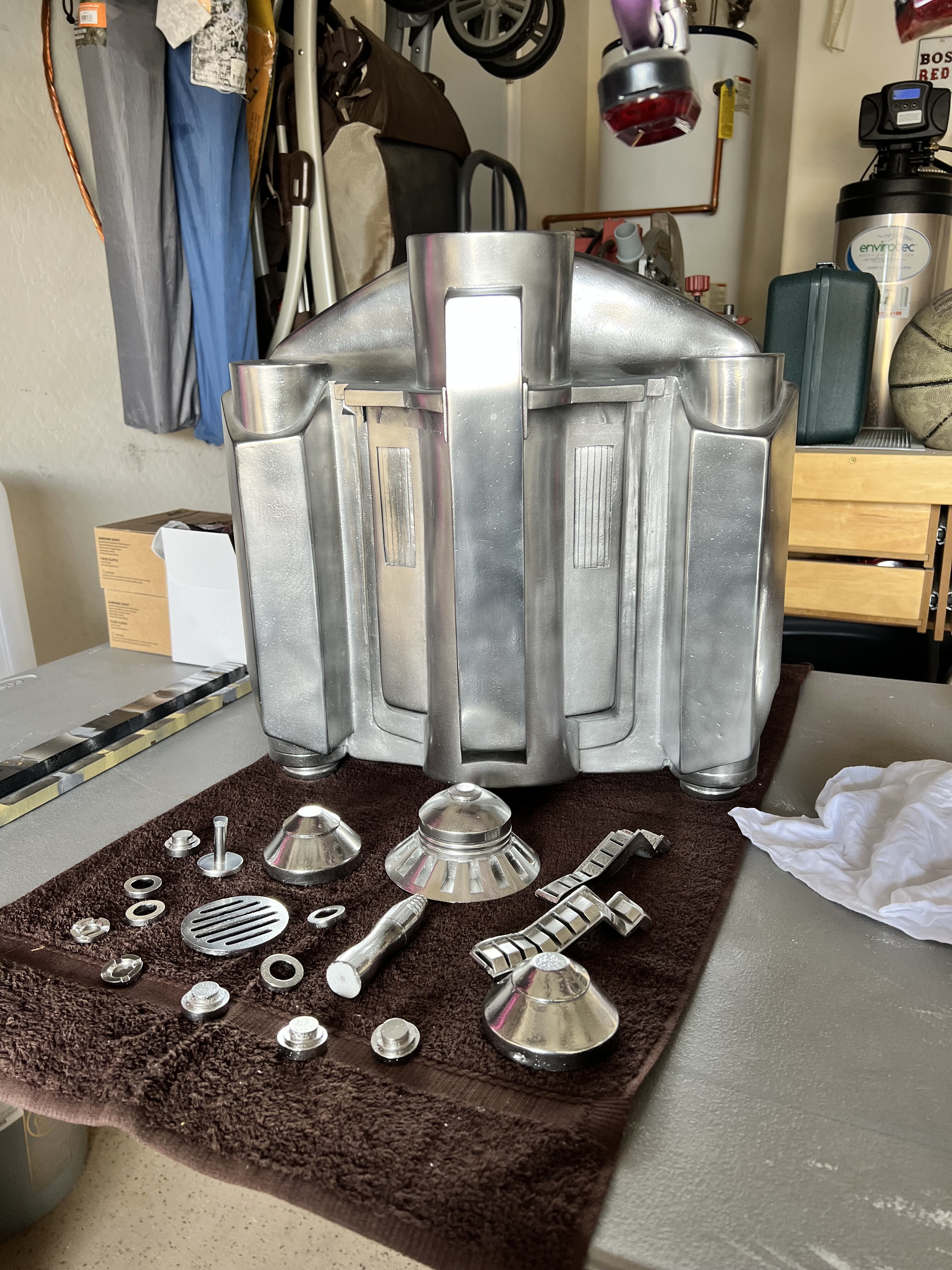 I added LEDs to the gauntlet and mixed some audio to give it a power up / power down cycle and loaded that onto a small sound module.


I found an awesome 3D file on Thingiverse for a Tracking Fob. I can't remember the designers name, but there's some really great models on there. I added a single flashing red LED powered by one CR2032 battery, and added a gravity switch so when it's stored on his belt it's off, and when turned upright, it activates. 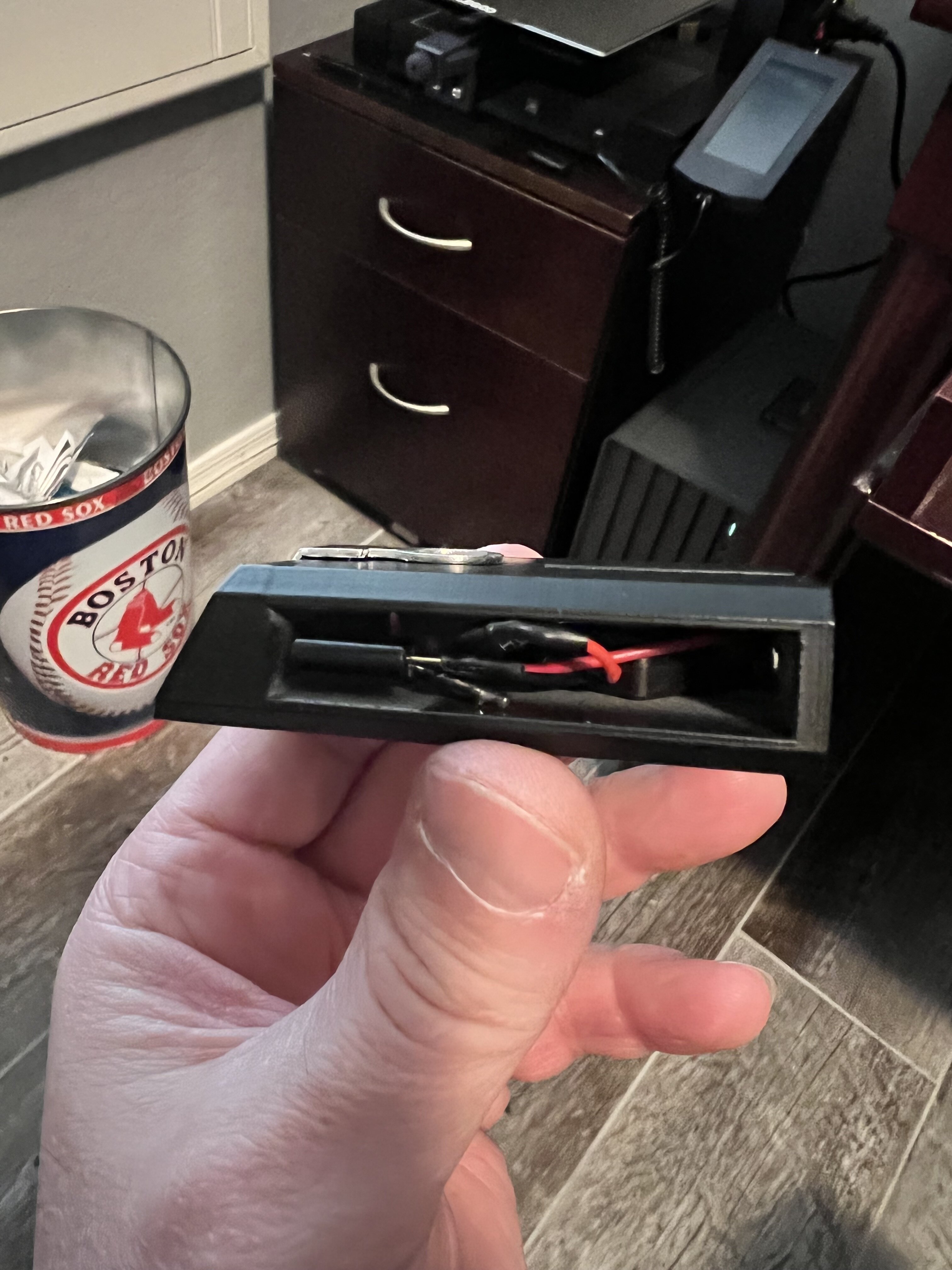 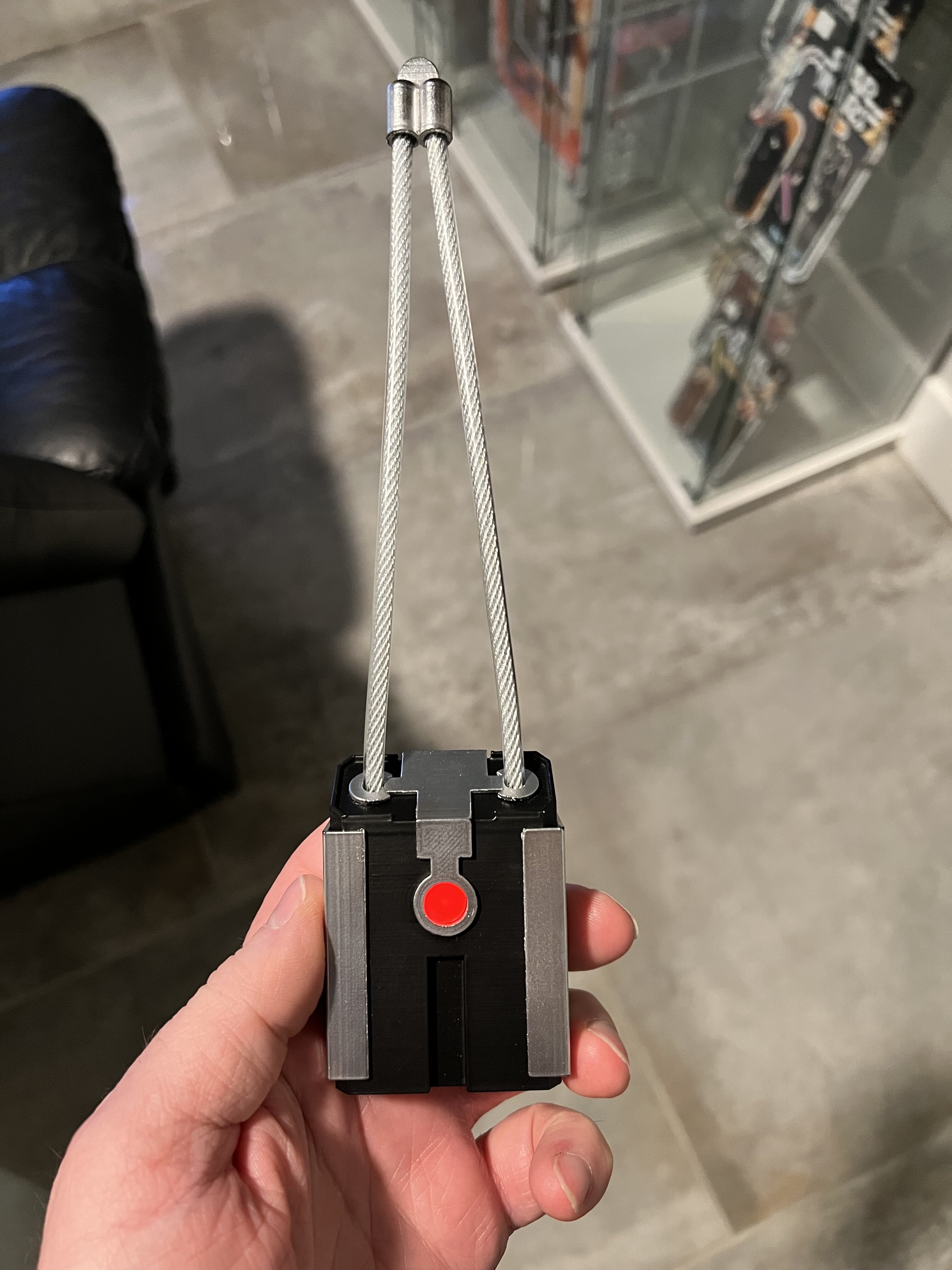 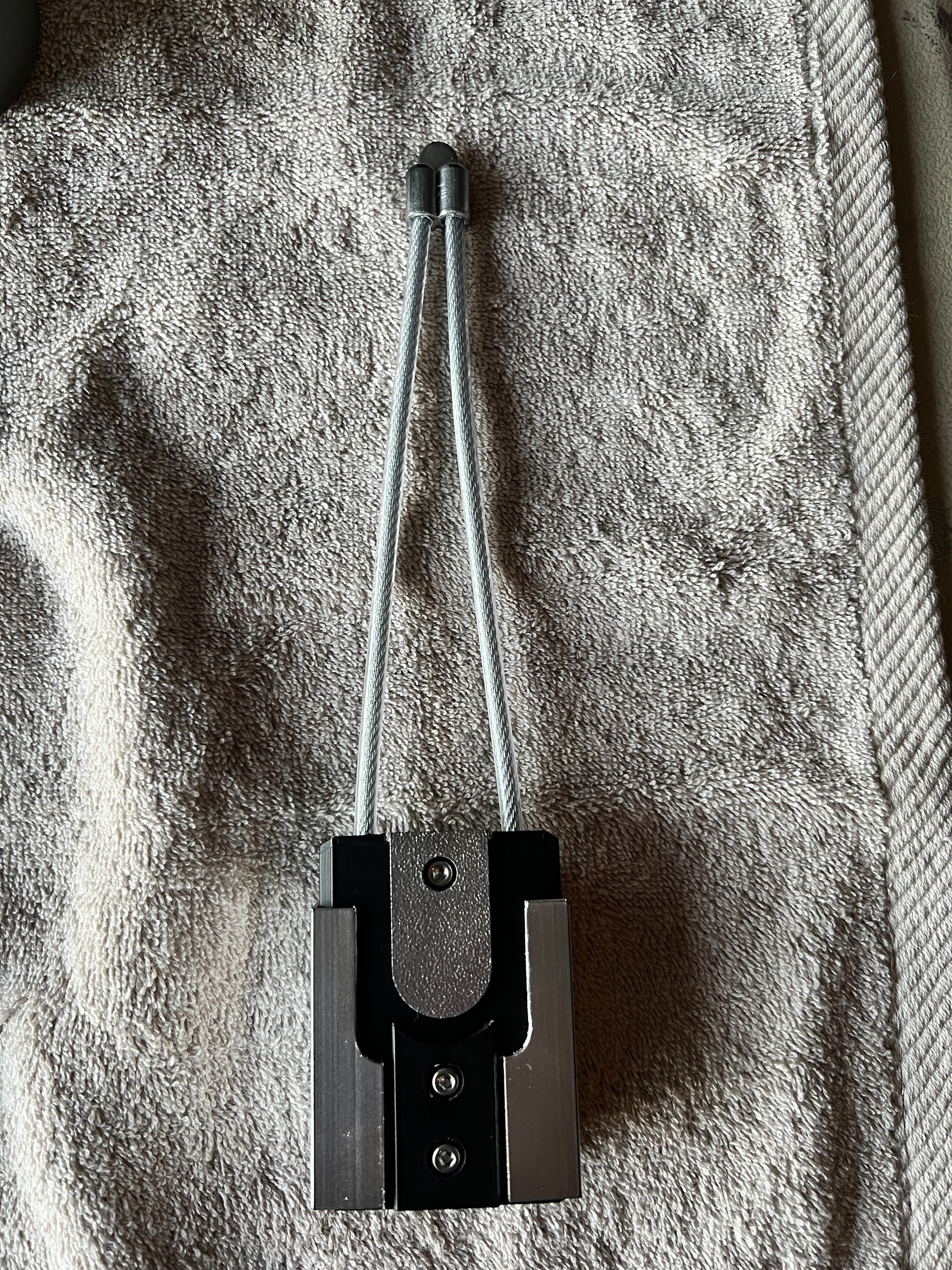 Also found some Beskar Ingot files on Thingverse, printed about 9 of those, painted them, and then added them to the Disney Parks Camtono (one of my favorite things to come out of Disney in a while). 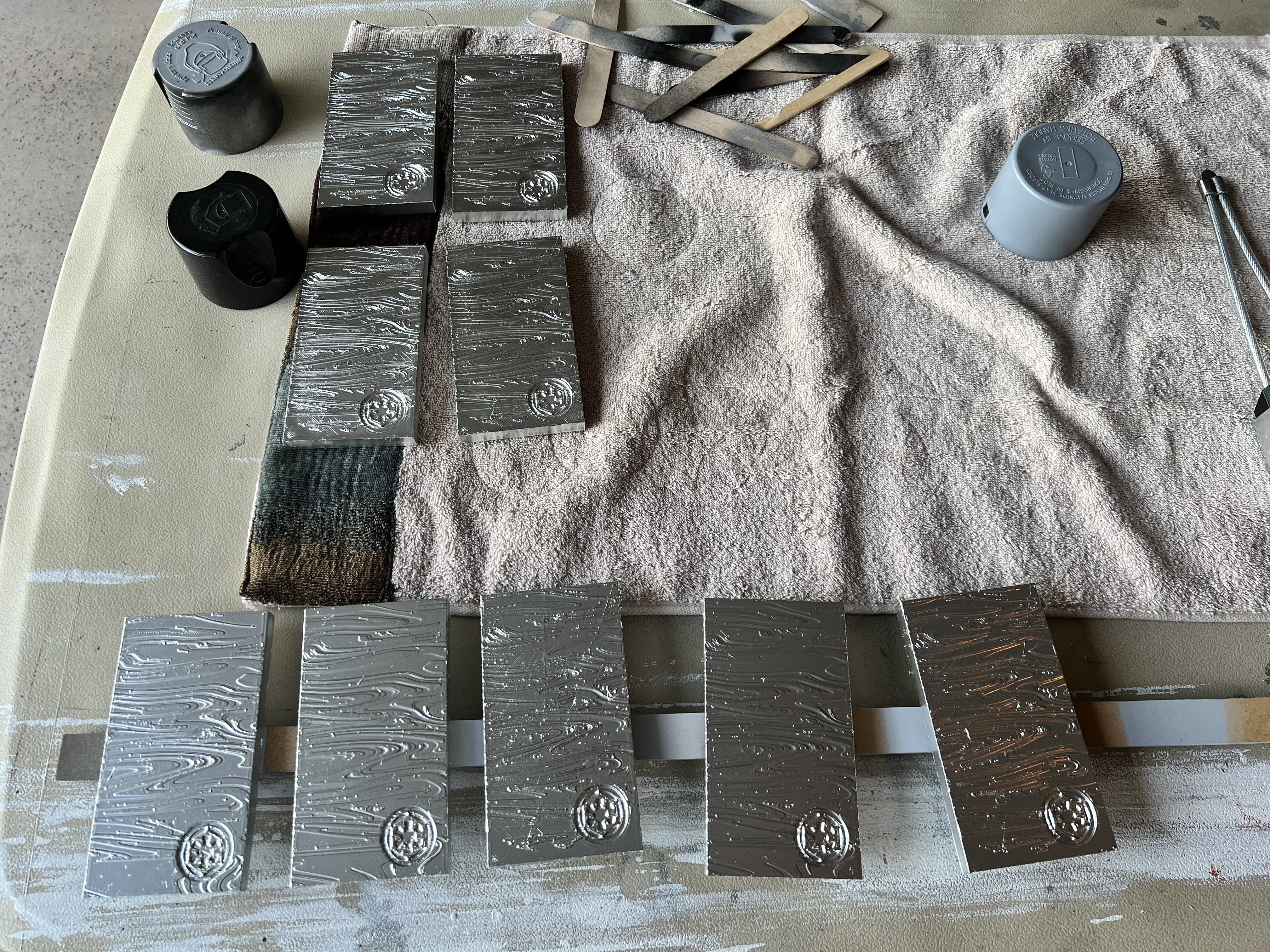 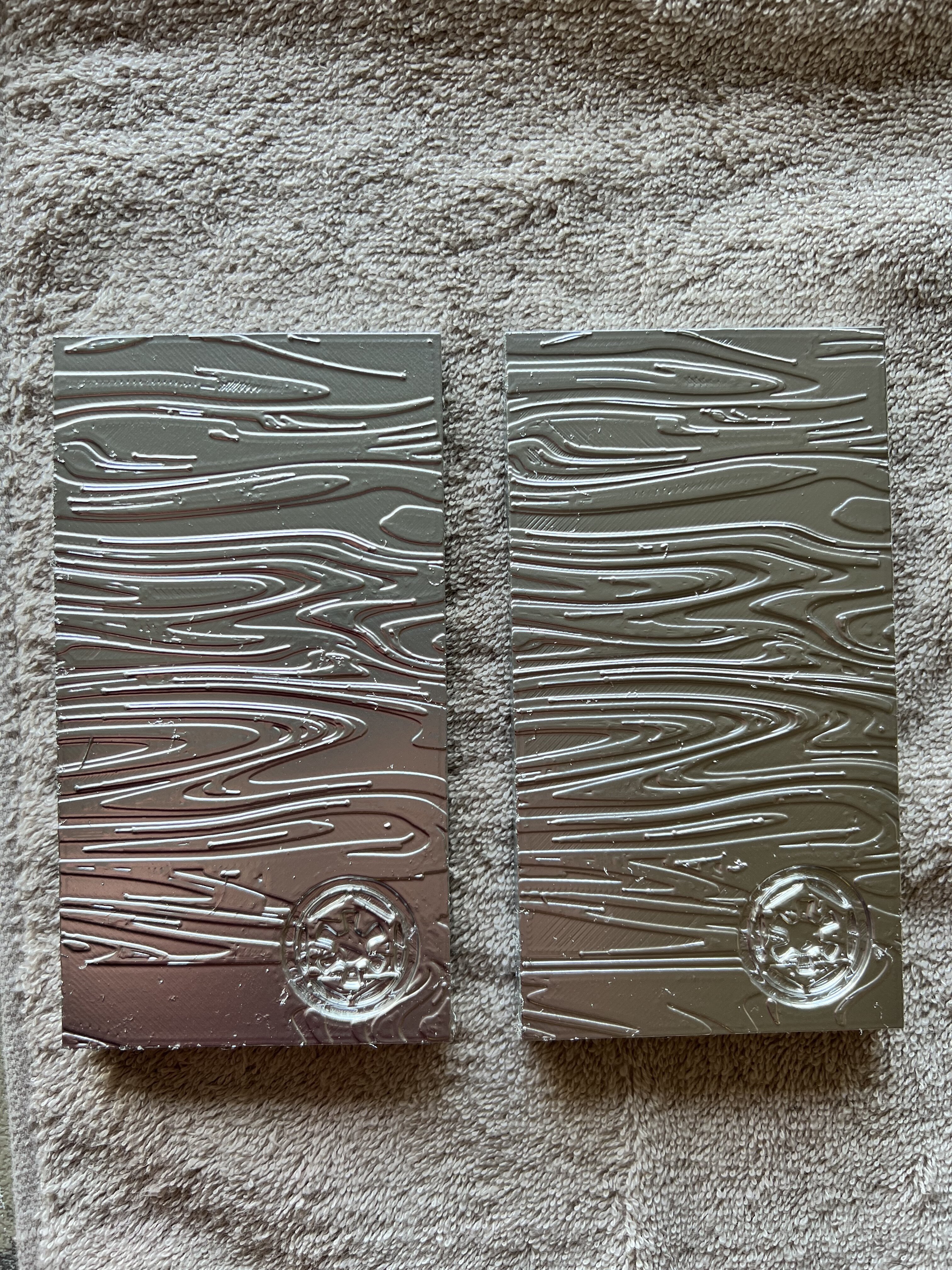 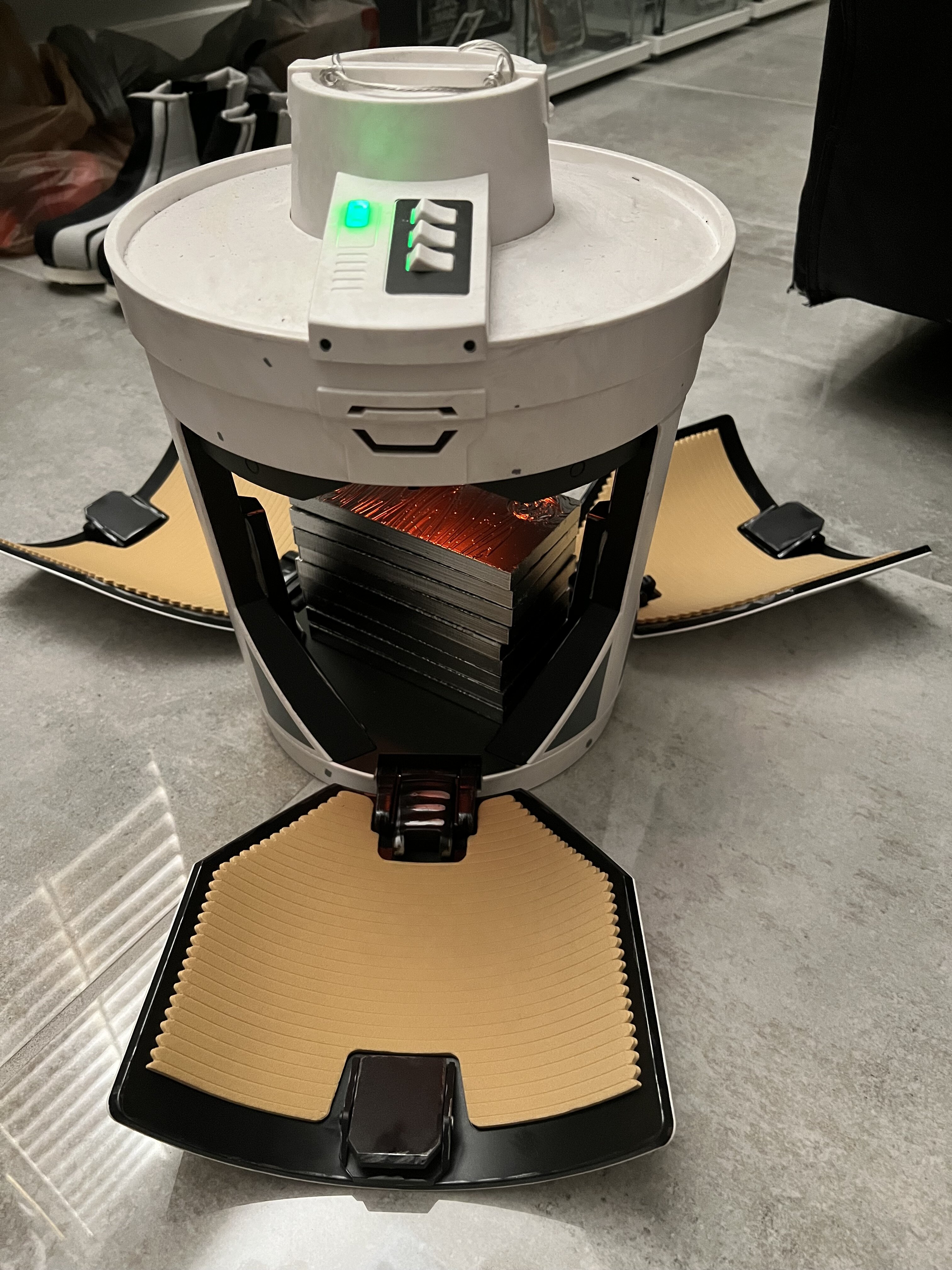 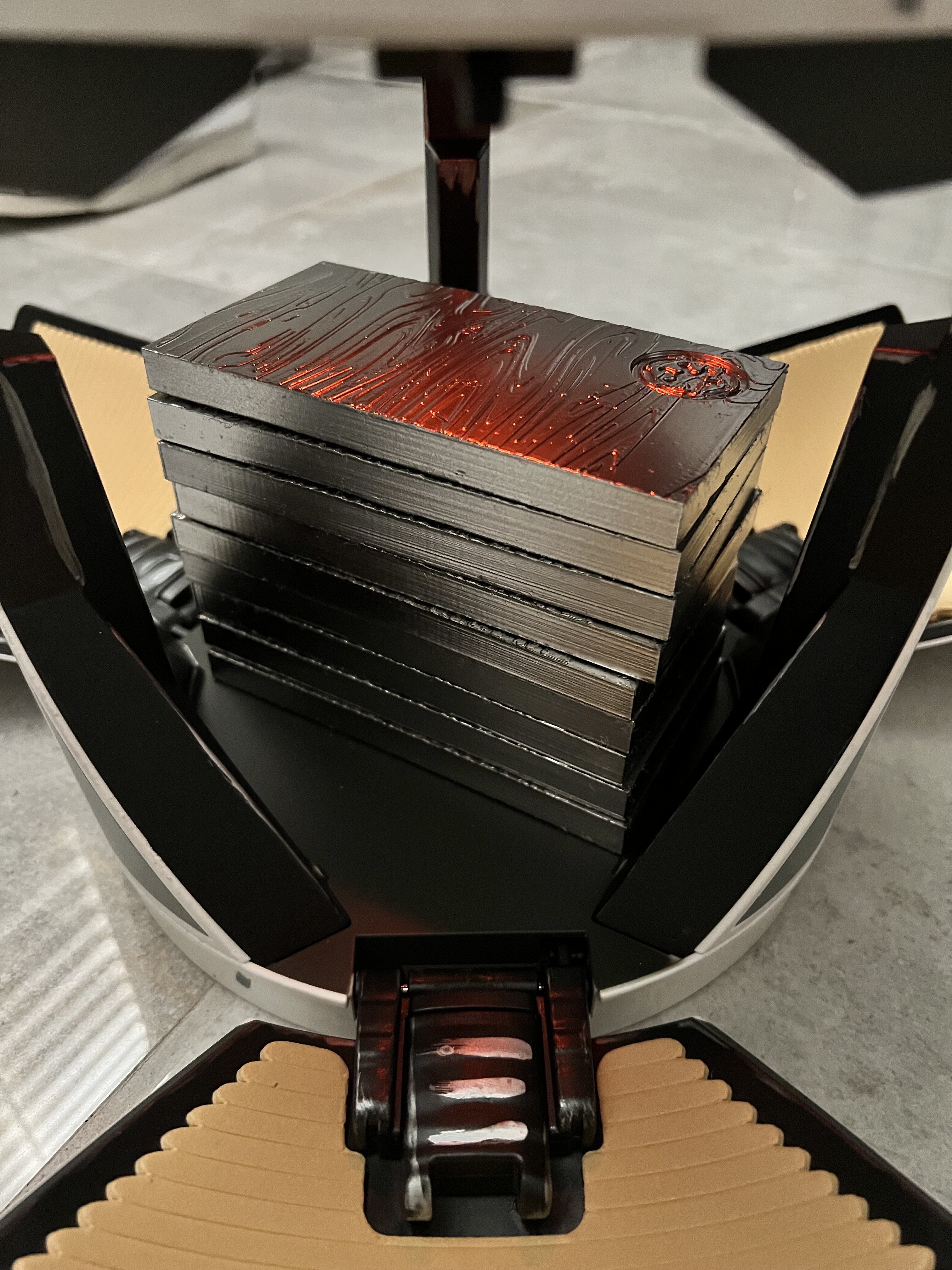 The gravity charges, suit, leg wraps, cape, and aluminum cylinders are all from Esty sellers. The boots are from another online seller. The belt and bandolier started from an Etsy seller but were complete garbage so I tore it down and rebuilt it, adding a custom Tracking Fob holder and 3D printed buckles. The gloves I built using standard yellow leather work gloves covered by black leather driving gloves with the fingers cut off at the knuckles.

I also added custom audio to a sound module and hid it under his cape, so it sounds like it's coming from the helmet. You can hear that in the video below.

Overall, I'm real happy with how this turned out and will probably end up tweaking it here and there down the road. 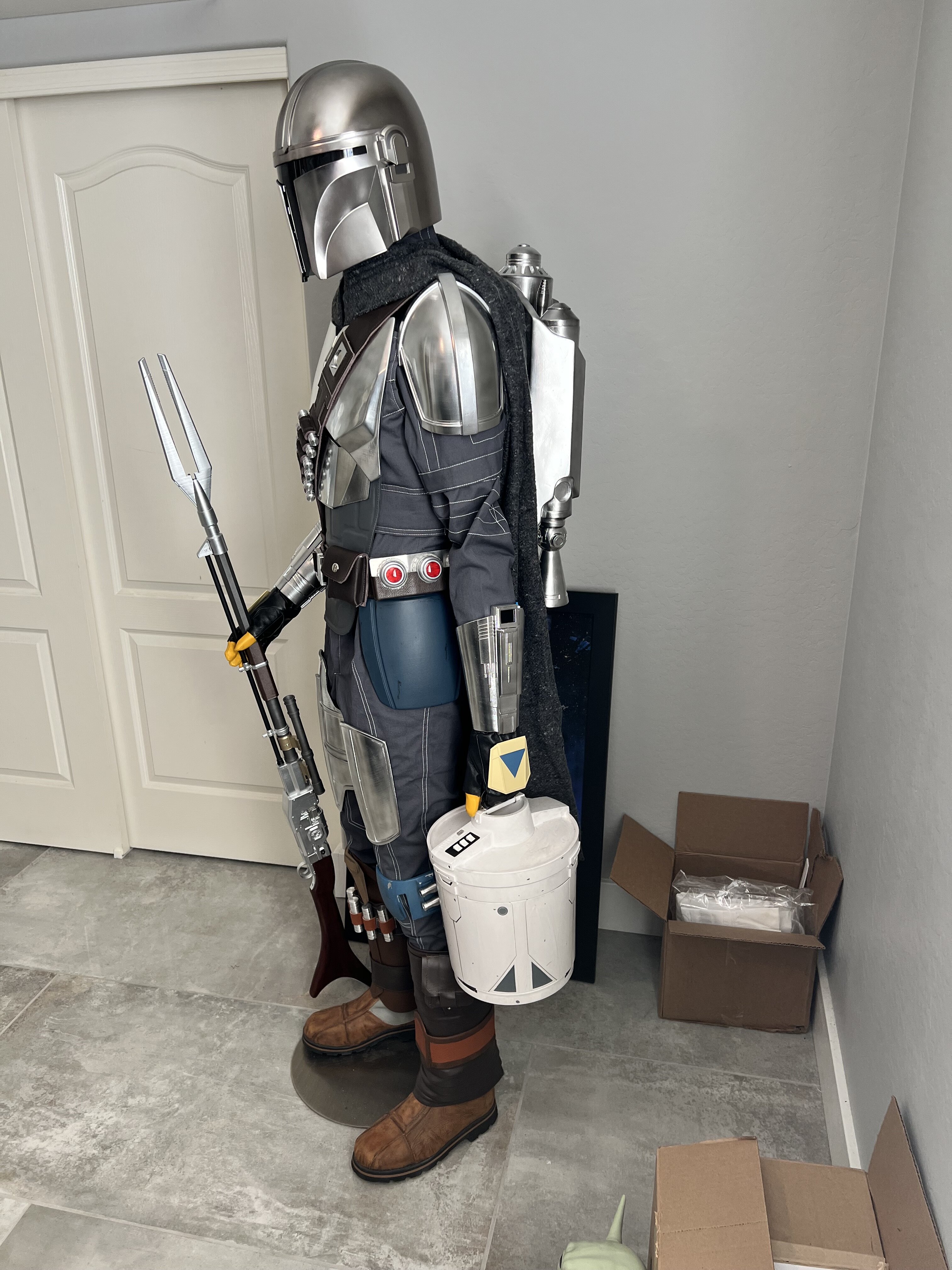 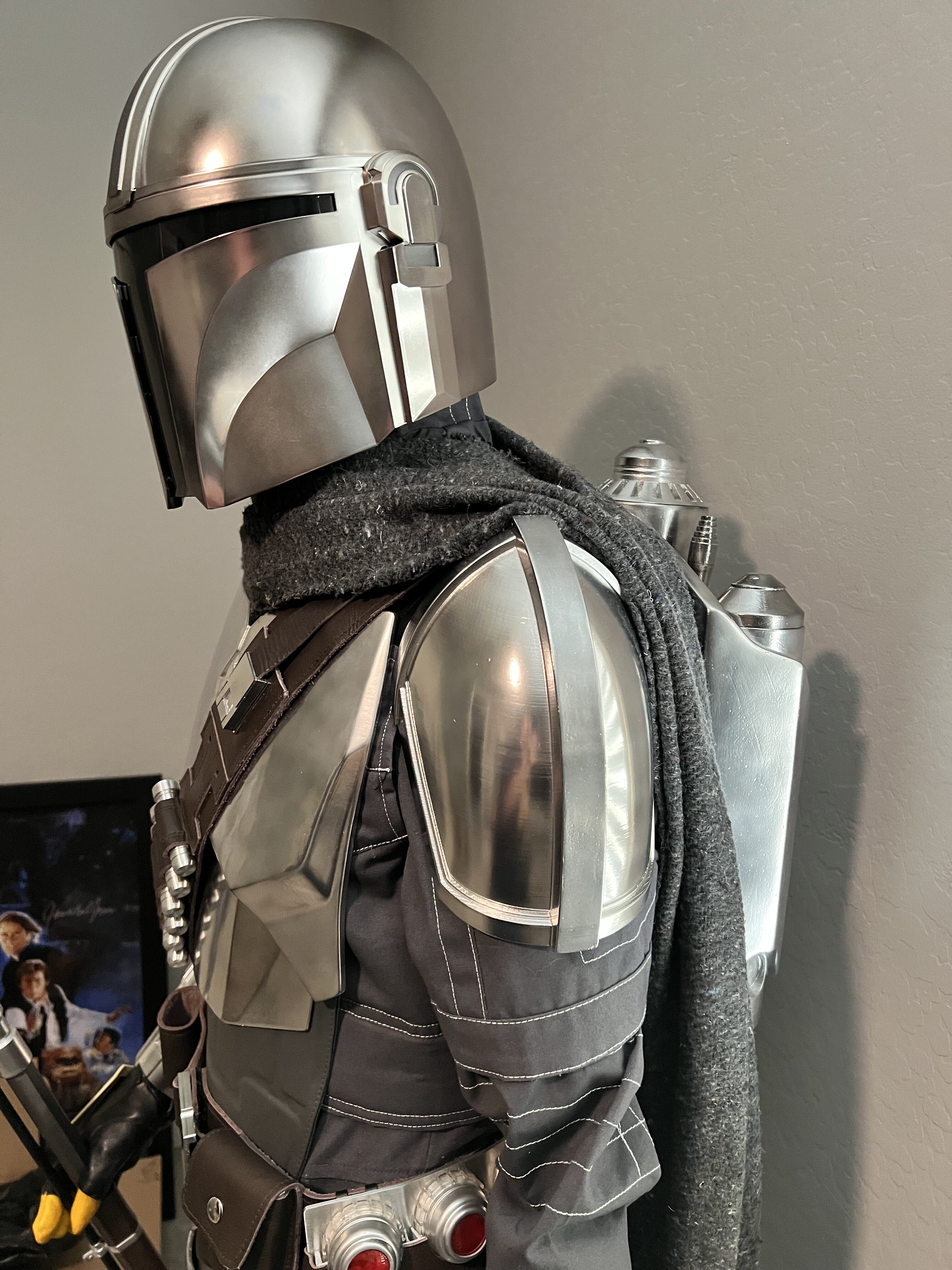 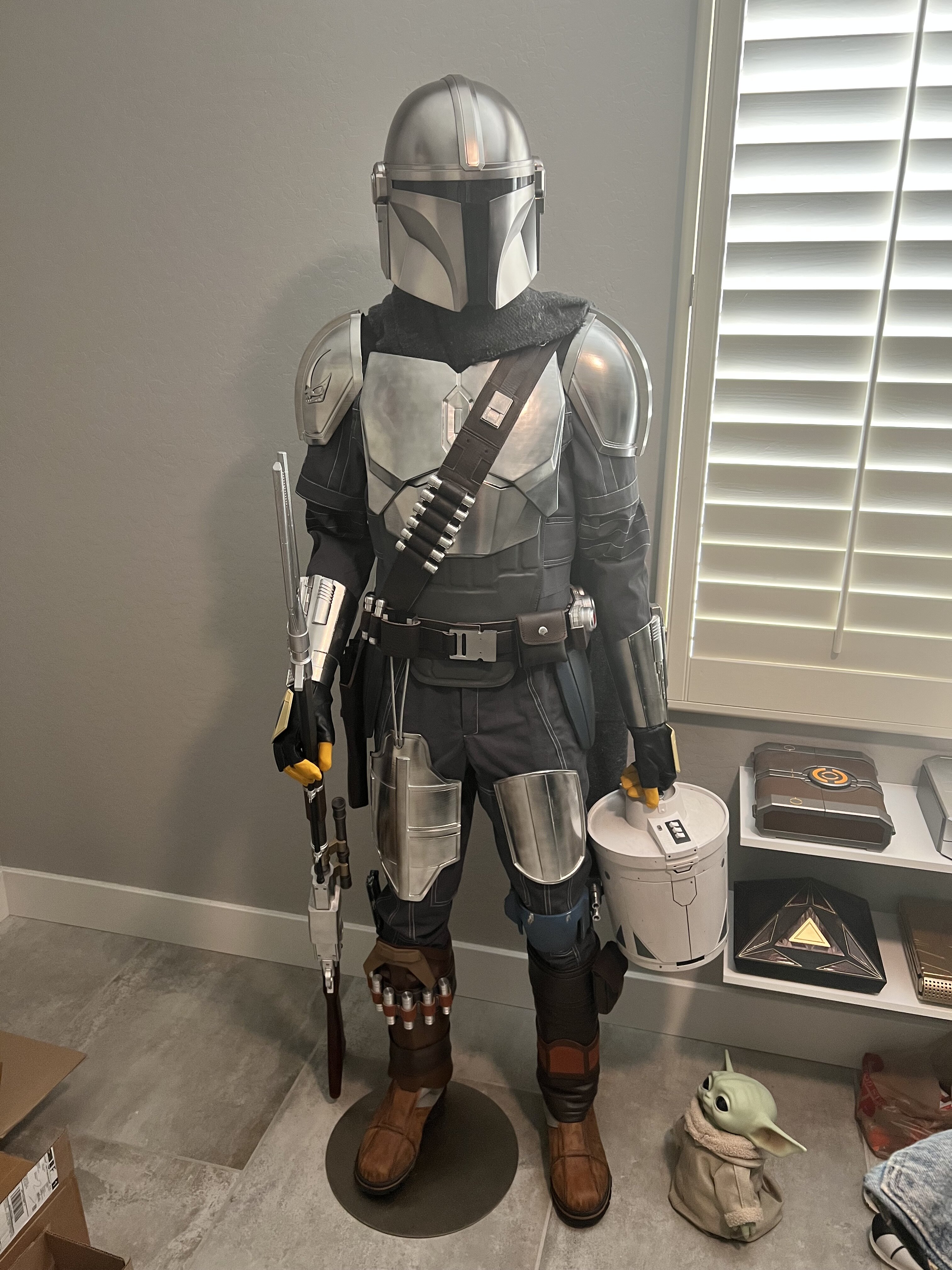 Second can I ask how you used the Alcohol Pens to make the wood grain look, because that is a fantastic finish.

Second can I ask how you used the Alcohol Pens to make the wood grain look, because that is a fantastic finish.

Sure, there's several tutorials online, but I use the Copic alcohol pen refills. I spray paint a base in either light or dark brown (or a dark tan), then I drip the ink on in little streaks and use a disposable brush to run the ink down whatever I'm painting. I also have a bowl of rubbing alcohol and one with water handy and will dip a rag into those, then add a few drips of ink to the object I'm painting, then rub it with the rag. Lots of trial and error until you get a look you like. The key is to use a couple different colors. I usually use a mix of Burnt Sienna, Burnt Umber, Dark Suntan, Walnut, Dark Red, and Light Mahogany. Then when you're done, hit it with a couple coats of Flat Clear Coat.

Thank you so much. It is appreciated.

That is so awesome! Fantastic job!

RPF PREMIUM MEMBER
That’s some pretty sweet work there! On a budget you say? The results look like a million bucks. Beautiful ~

Leinads said:
That’s some pretty sweet work there! On a budget you say? The results look like a million bucks. Beautiful ~
Click to expand...

Thank you! I guess "budget" is a bit subjective. The belt and bandolier only cost me $115, that's pretty cheap (which shows by the way and I had to tear it down and rebuild it). The armor is all 3D printed, so no fancy vaccu-forming, resin, or fiberglass. Rifle, blaster, and tracking FOB are also all 3D printed, the helmet is just a Hasbro Black series ($119). I used cheaper paint and the gloves are scratch built from standard retail store work and driving gloves. The most expensive thing was MOW's jetpack. I should probably clarify and say that as far as "high quality Mando build standards" go, this is a budget build.

J
Best Grogu to customize into a close to life size? Anyone have "life size" measurements?