RPF PREMIUM MEMBER
Finally got a few First Doctor-era props together to take some pictures. I know the wallet is *technically* the Eleventh Doctor's, but it has Hartnell's face on it so I'm counting it.

• The signet ring was a quick little afternoon project, involving a silver ring base I got at a gem shop, a costume gem from the craft store, and some super glue.

• The TARDIS keys are just two of many Yale and Yale-type keys I've acquired over the past couple of years. A newer brass-finish key standing in as the David Bradley "Twice Upon a Time" version, and a more vintage key on a snake chain as Susan Foreman's key. (Thanks to Terrasolo for their fantastic TARDIS key research!)

• The library card was just a print-out made by a fellow member here, placed in a black bi-fold I.D. wallet I found on eBay, which appeared to be the closest match to the SA wallet. 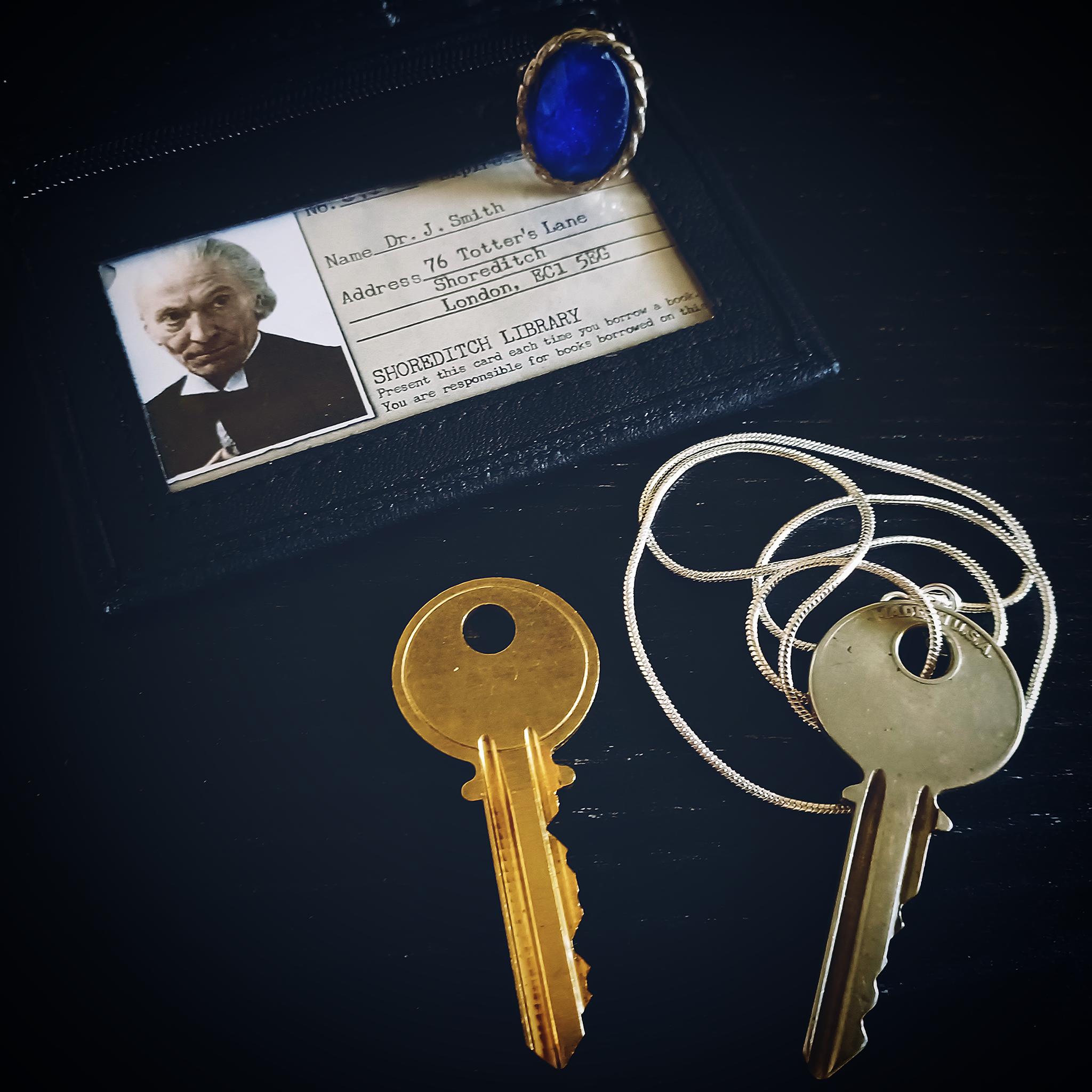 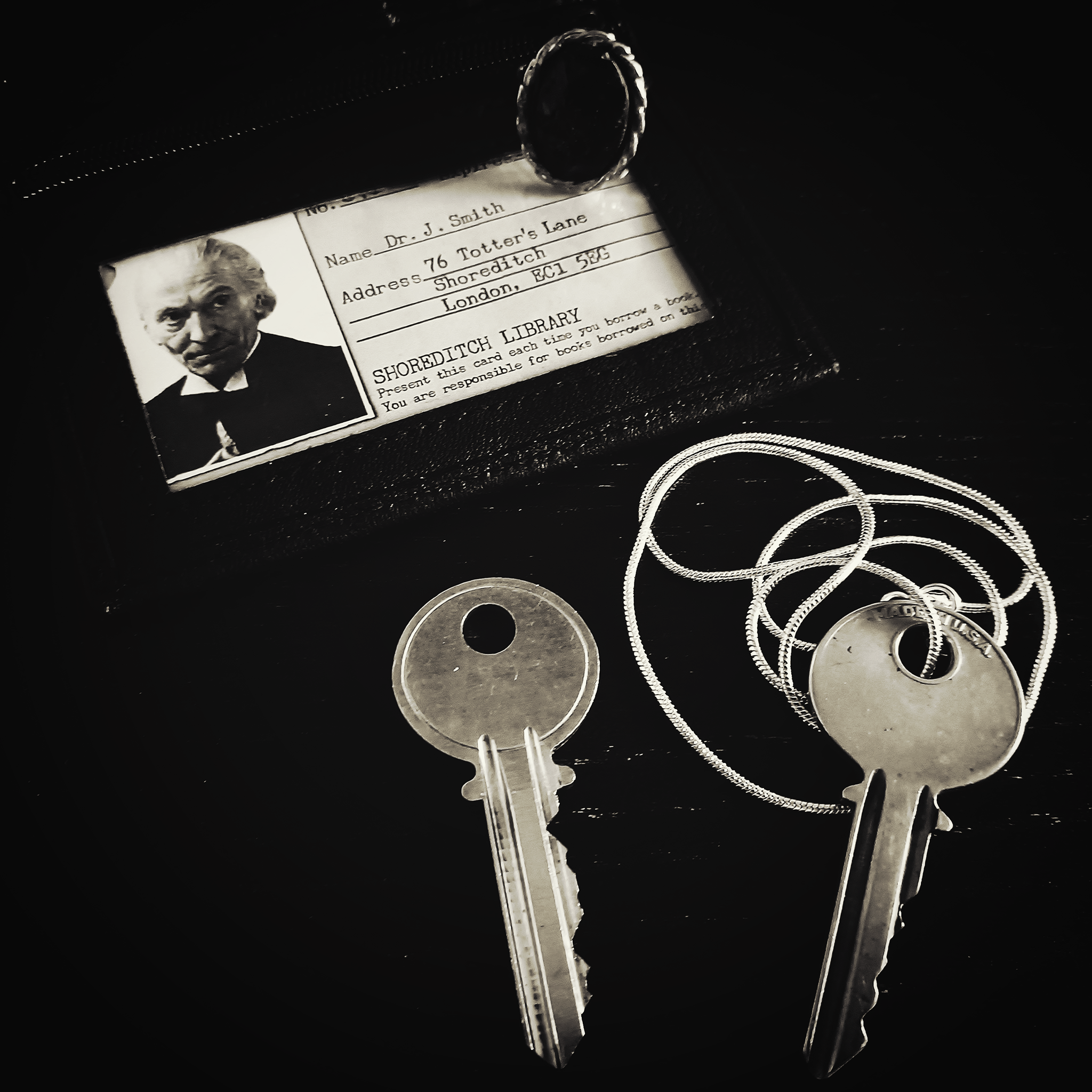