My First Budget Build, About To Be Majorly Overhauled.

So I've been lurking in the shadows, emerging only when absolutely needed. Some of you may recall my daughter's suit which I submitted about a year or so ago. I also mentioned that I had been working on mine, but given time constraints, and a very very low budget, I was pressed for materials, and a lack of skills. I have been working on a few side projects from time to time, but always got discouraged as I was nearing completion of one part. Well I finally decided to bite the bullet and submit my first suit for all to see. Unfortunately I didn't have much in the ways of pictures, so I have scrounged what I could find, and will divulge a little background on some of this stuff. Keep in mind that I am a resource scavenger, so I did what I could with what I had, and made the best of what I could. 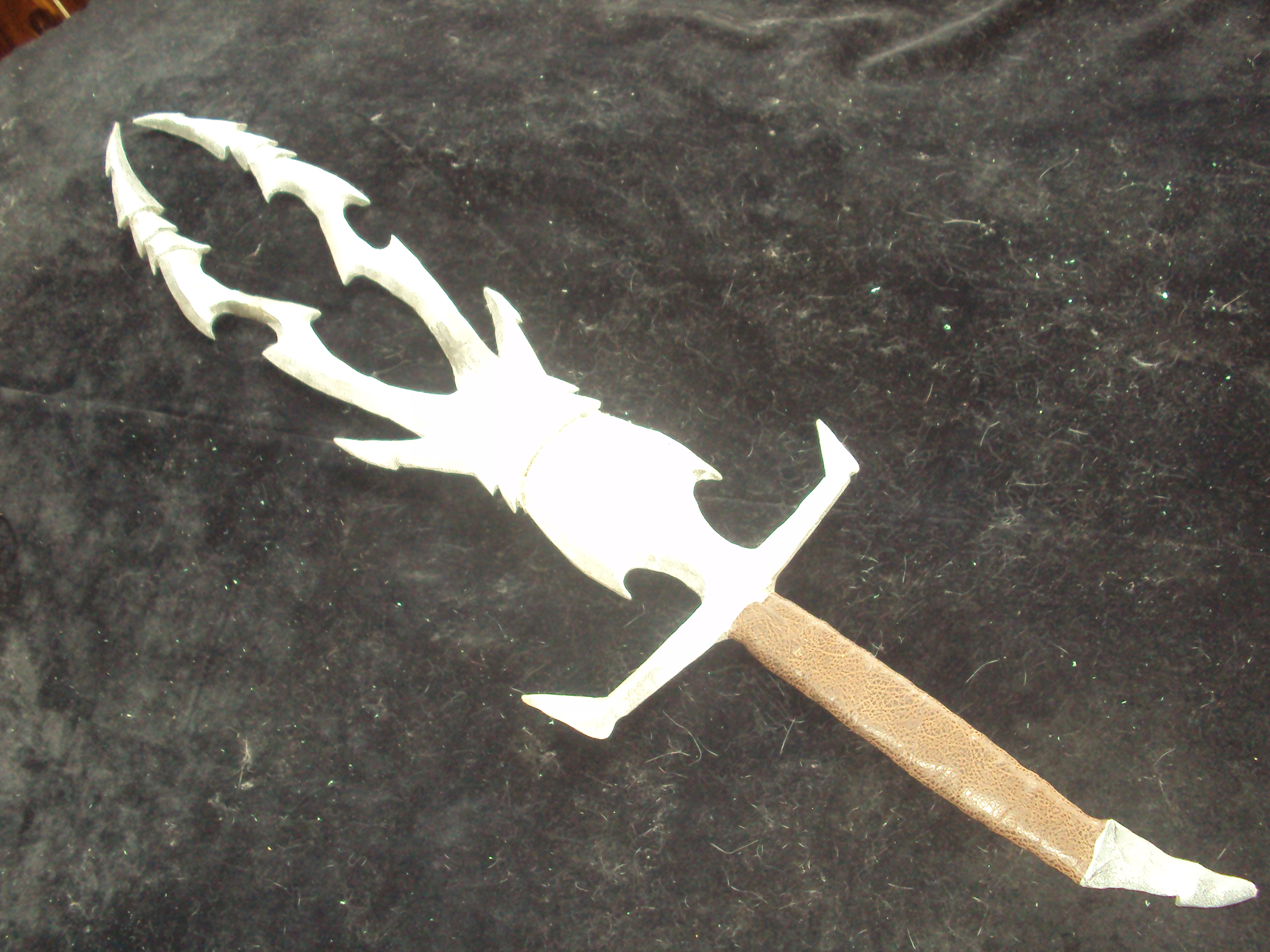 This was a custom broadsword I made, and sadly killed my first dremel with. It was unfortunately enough broken, right after I took those pictures. My loving wife sat on that beanbag chair without looking, and well... you can imagine. So I hot glued it for the time being to try to repair it later.... till my youngest daughter found it and decided to attempt to slay one of the cats I had at the time... needless to say the sword was retired after that, kept like the shards of Narsil, for use later. Little did I know that parts of it would prove critical later. 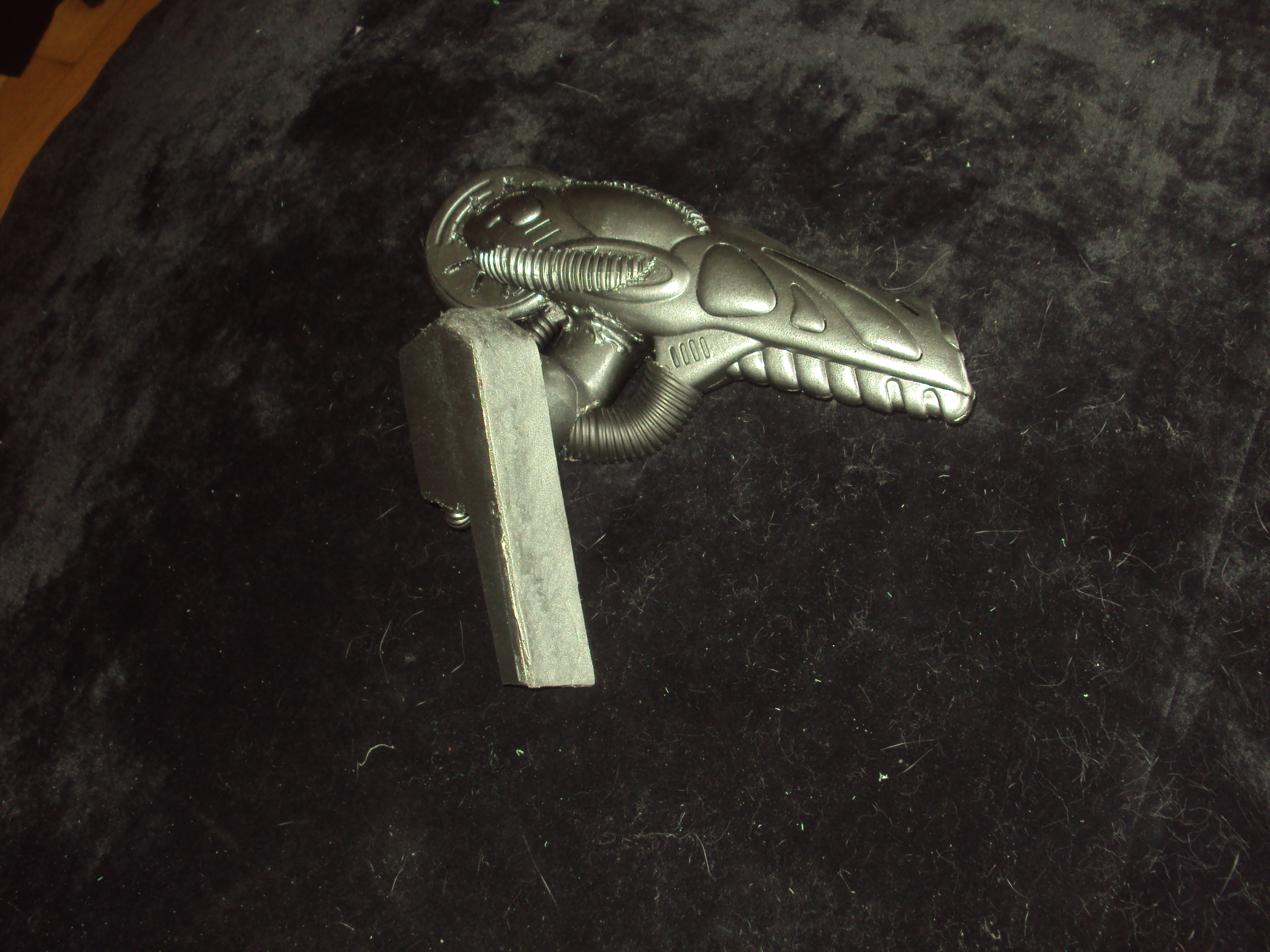 [
This lovely little beast was actually at one point a $3 walmart squirt gun, which I saw potential in. I cut off the handle and trigger housing, took one of those sanitary wipe canisters (which I salvaged the lid and bottom from, add some slots, and hot glue), glued on a few wire sleeves, and spray painted with silver hammered krylon, finished with a clear coat topping. The arm was actually an attachment from a vacuum cleaner, which I dremeled away on and POOF!, instant shoulder cannon.

Sadly, this part of the costume never made it to the finalized process, as working with buckets proved not only frustrating, but also more expensive than I could afford. I submitted it to show that with time, and a bigger budget, I am hoping one day to make something more impressive. 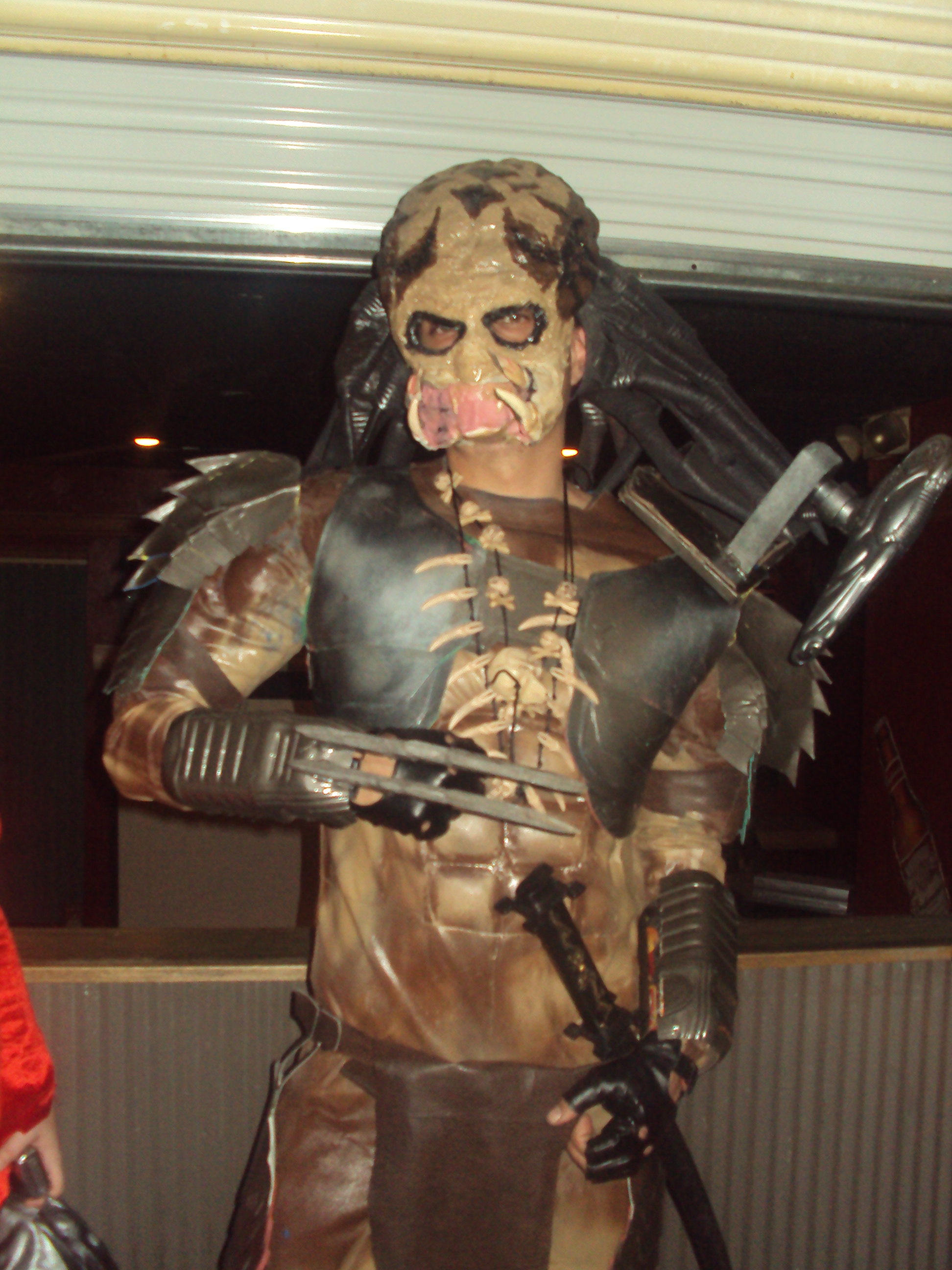 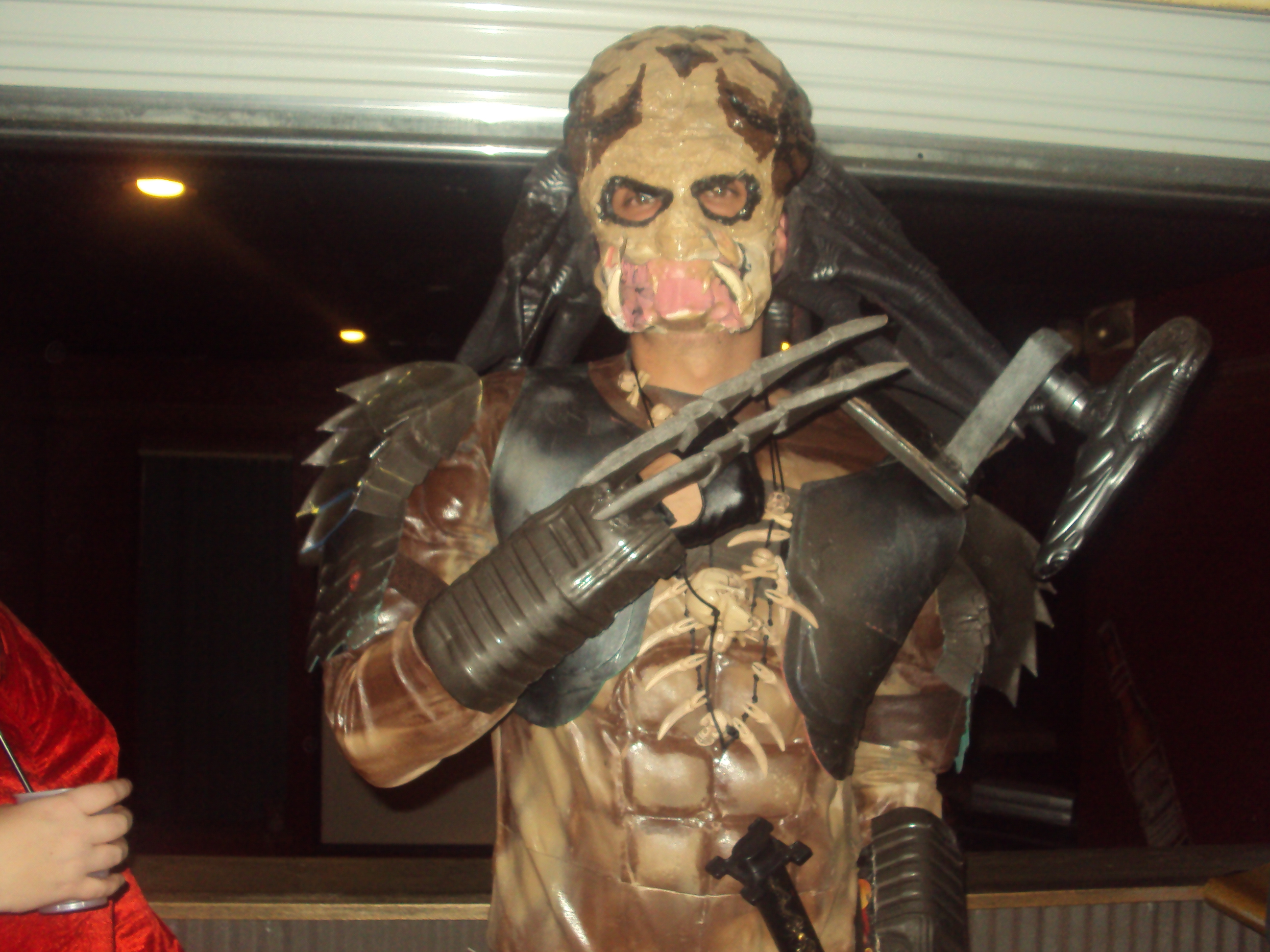 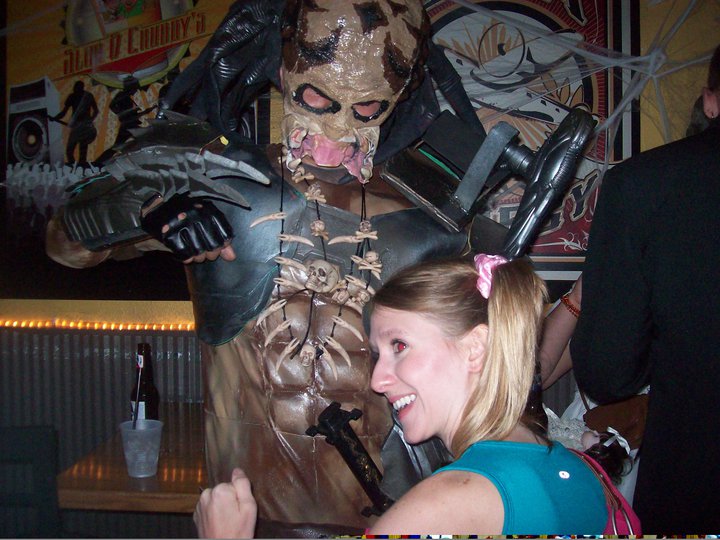 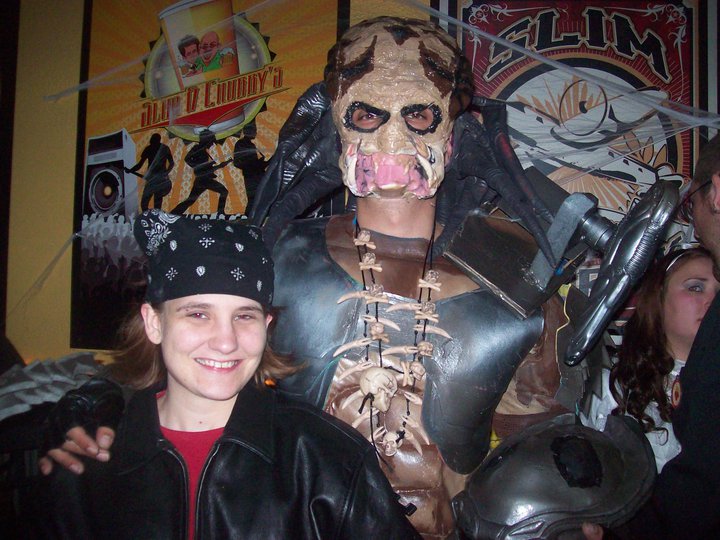 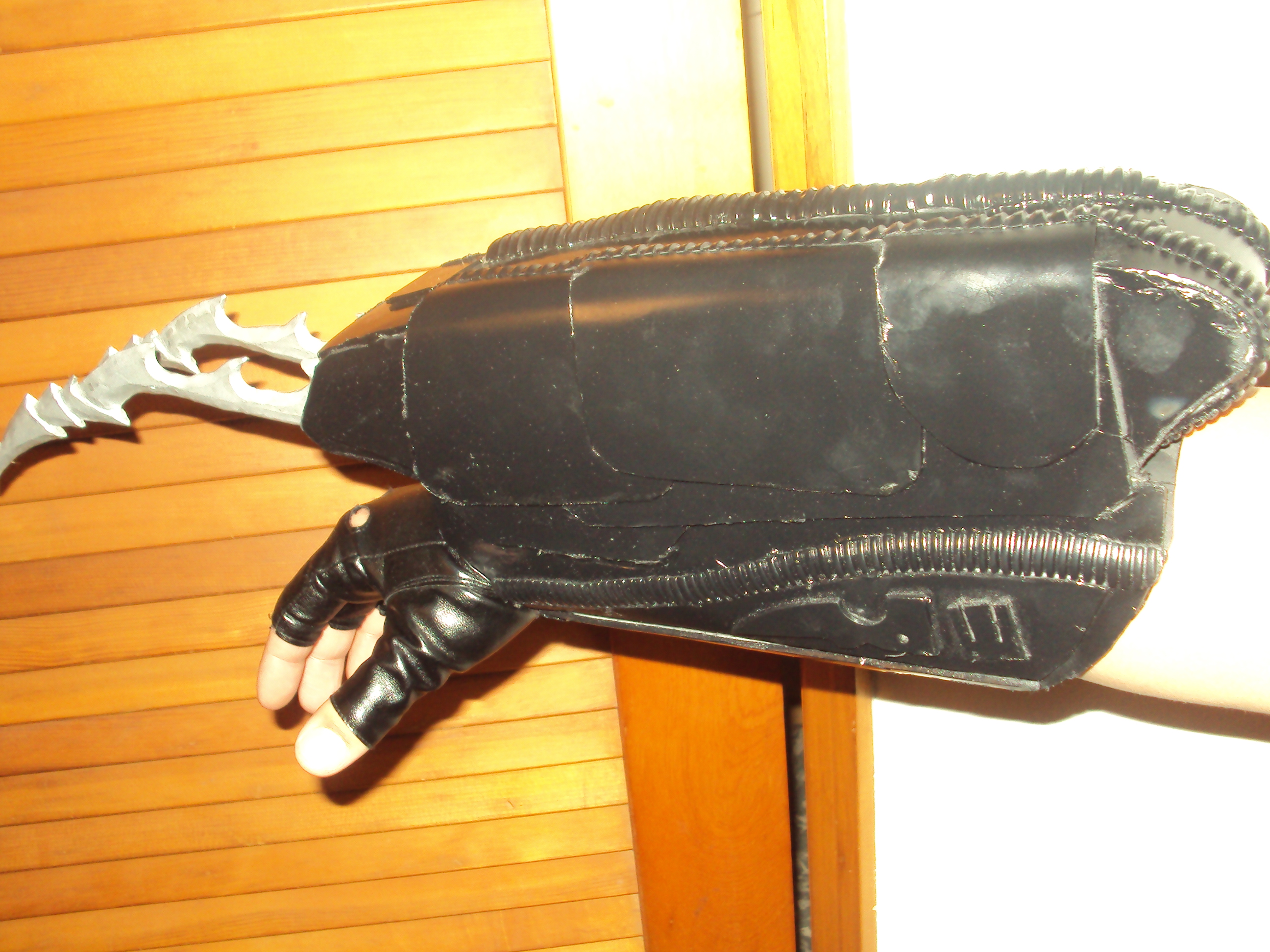 Some pics of my last build completed in 2014