My blaster collection so far…

RPF PREMIUM MEMBER
Thought I would show off a few pics of my slowly expanding blaster collection. I know that several of these are not screen accurate but I was going for an idealized/what looks good to me build for most of them. 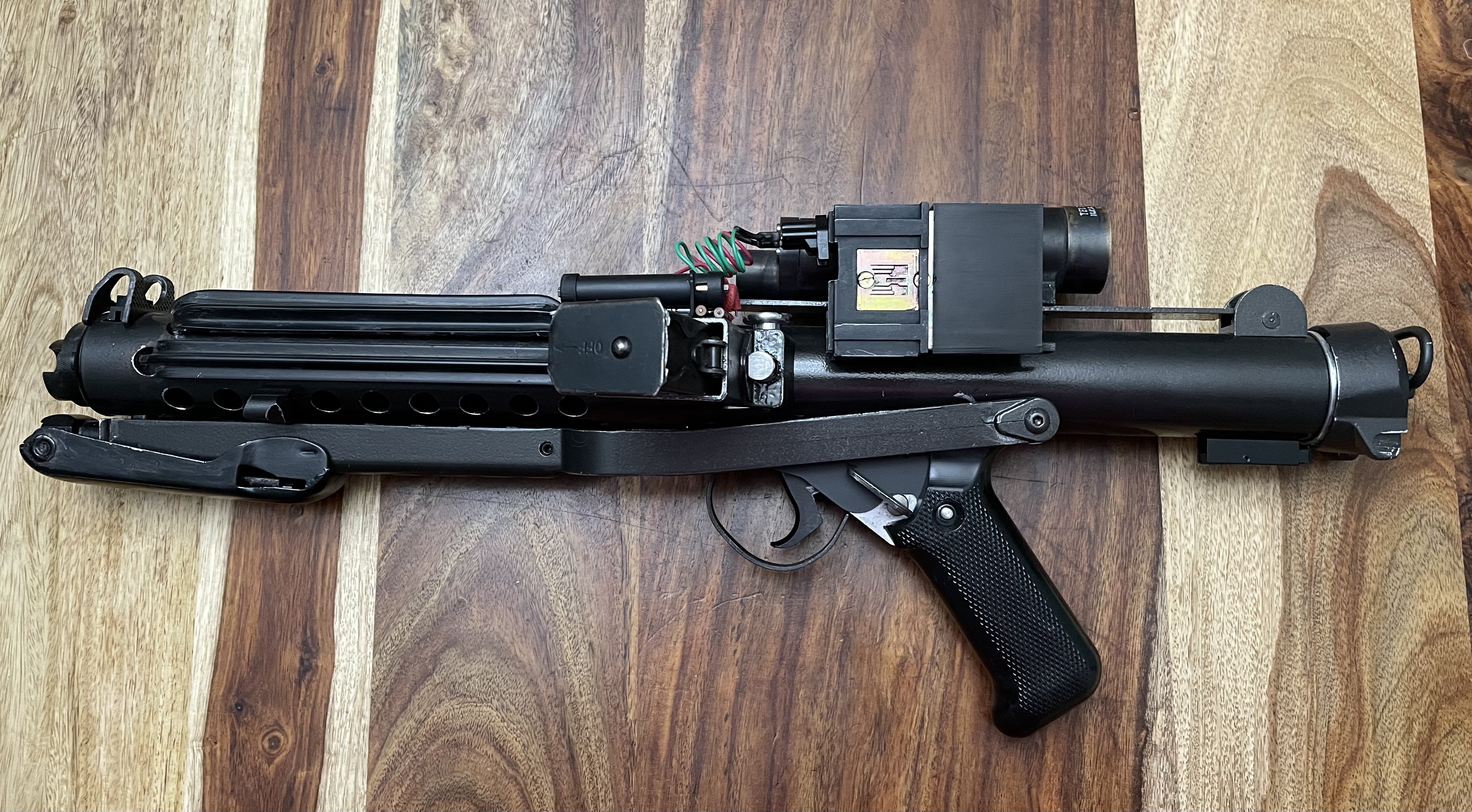 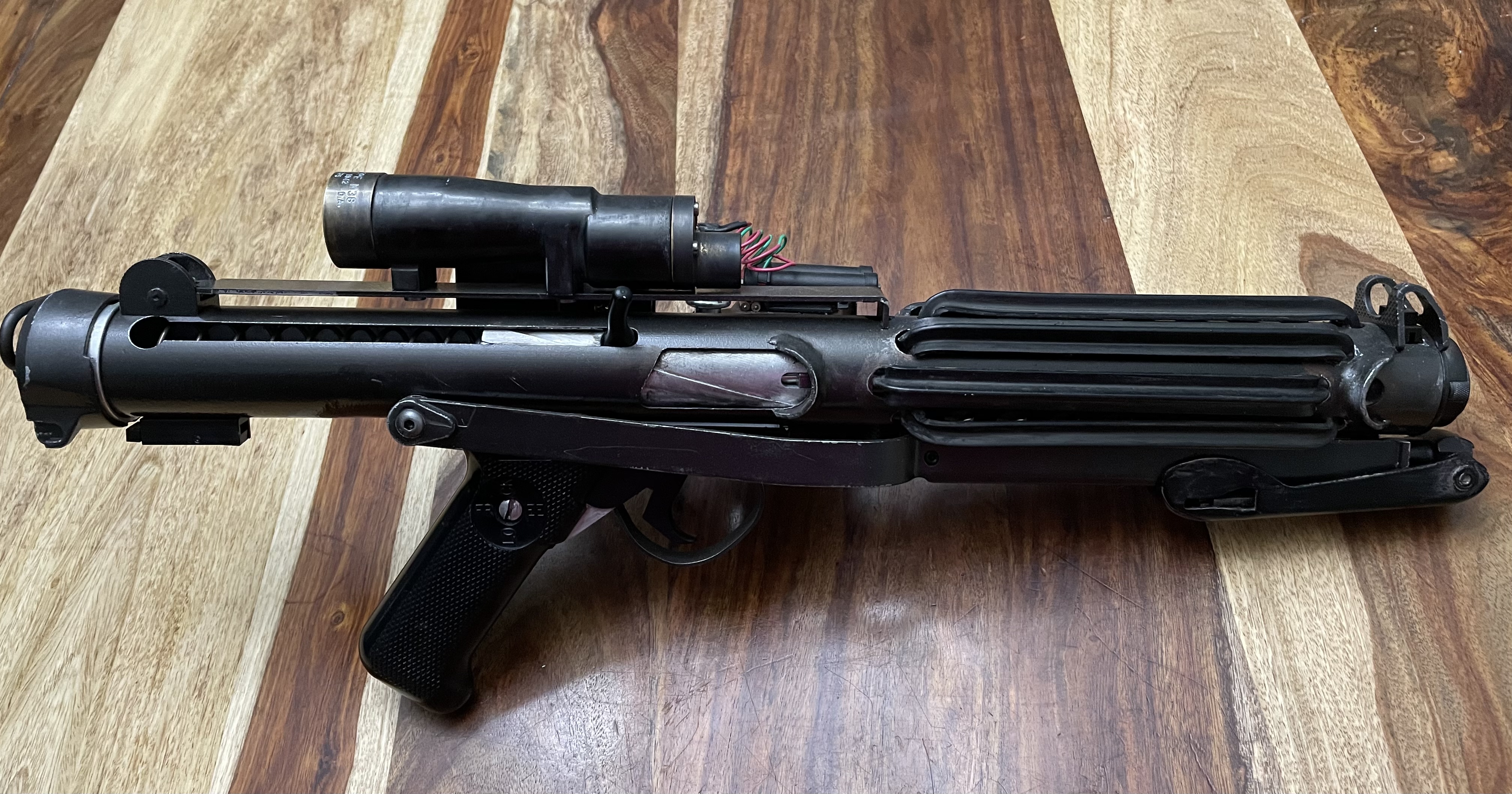 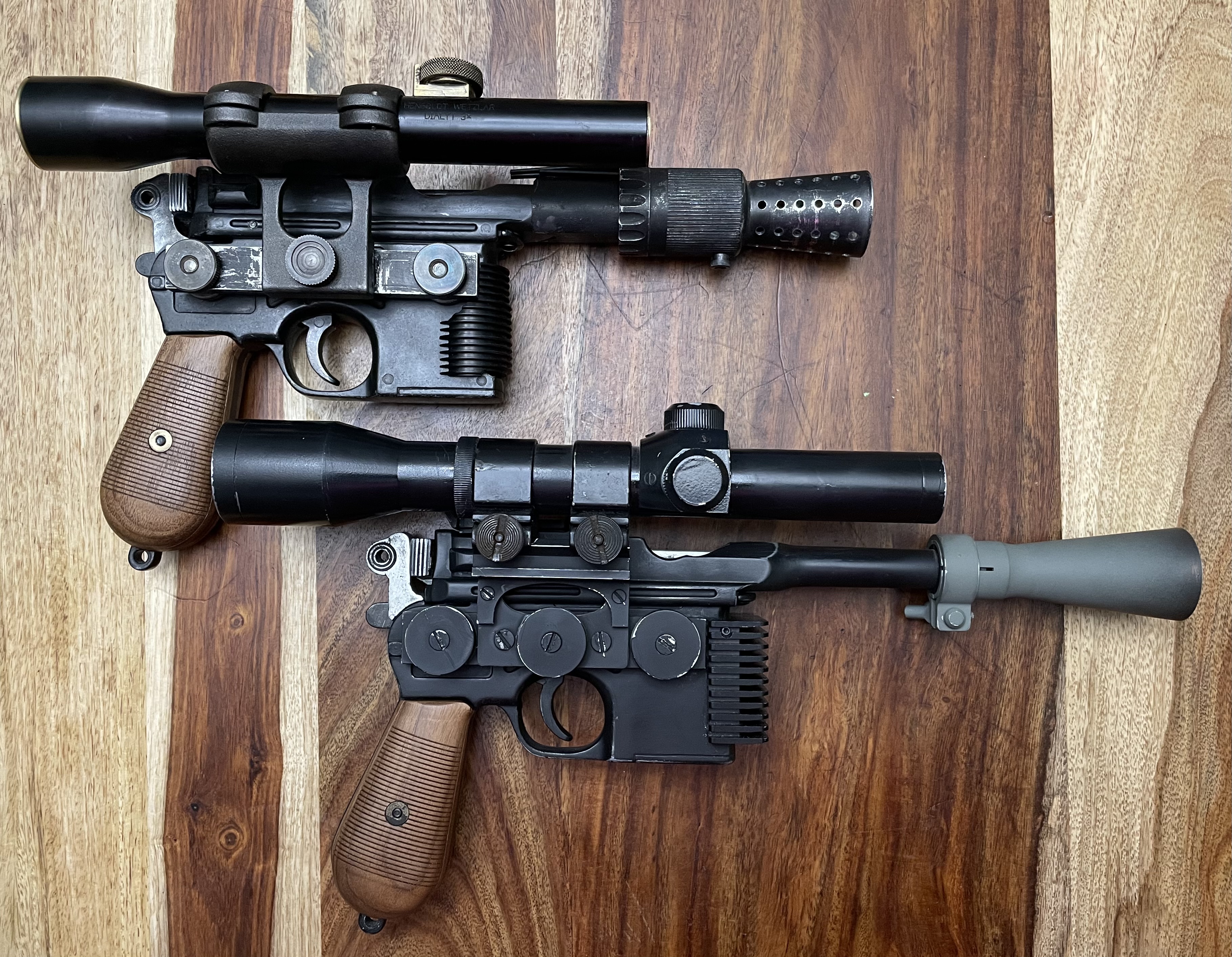 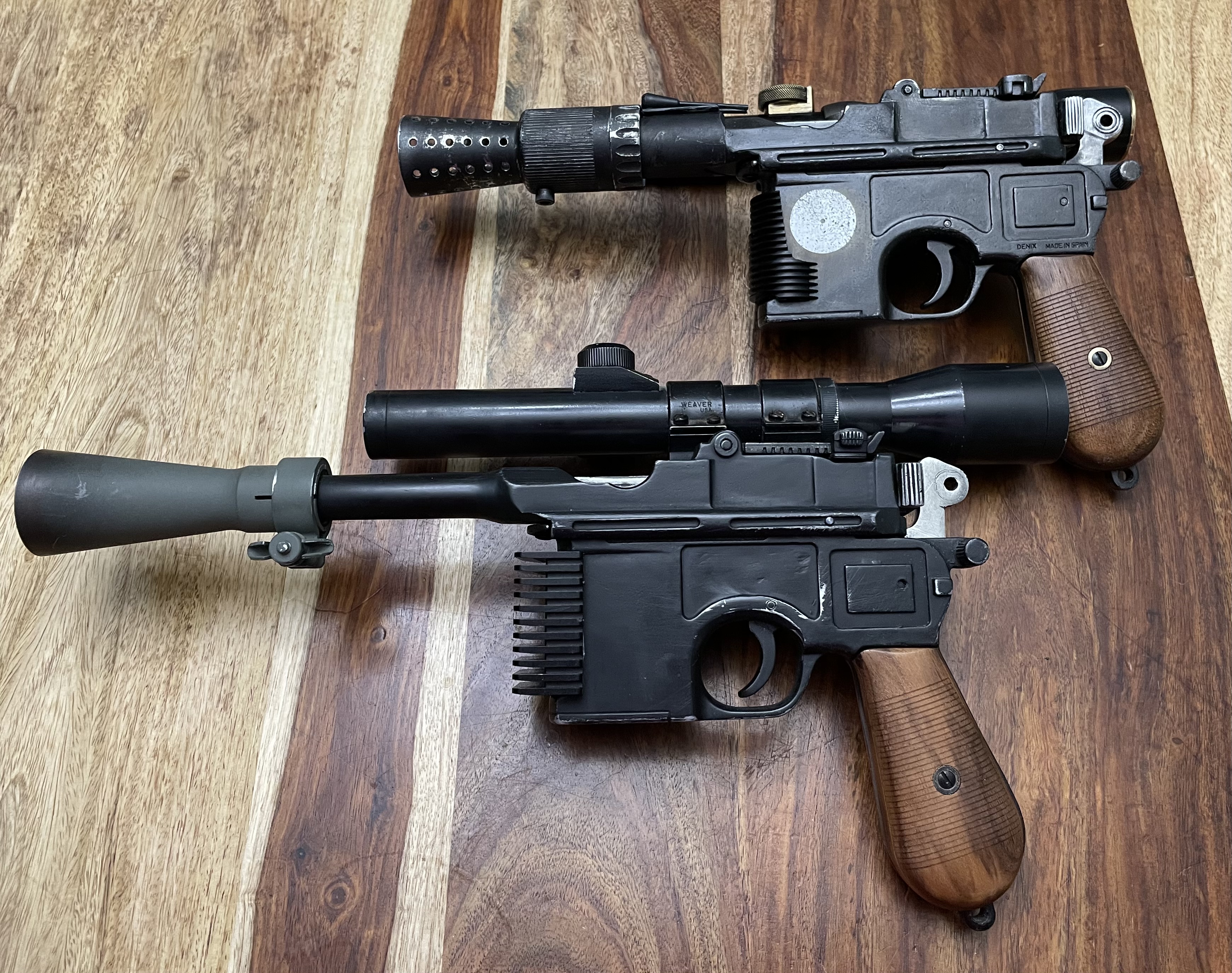 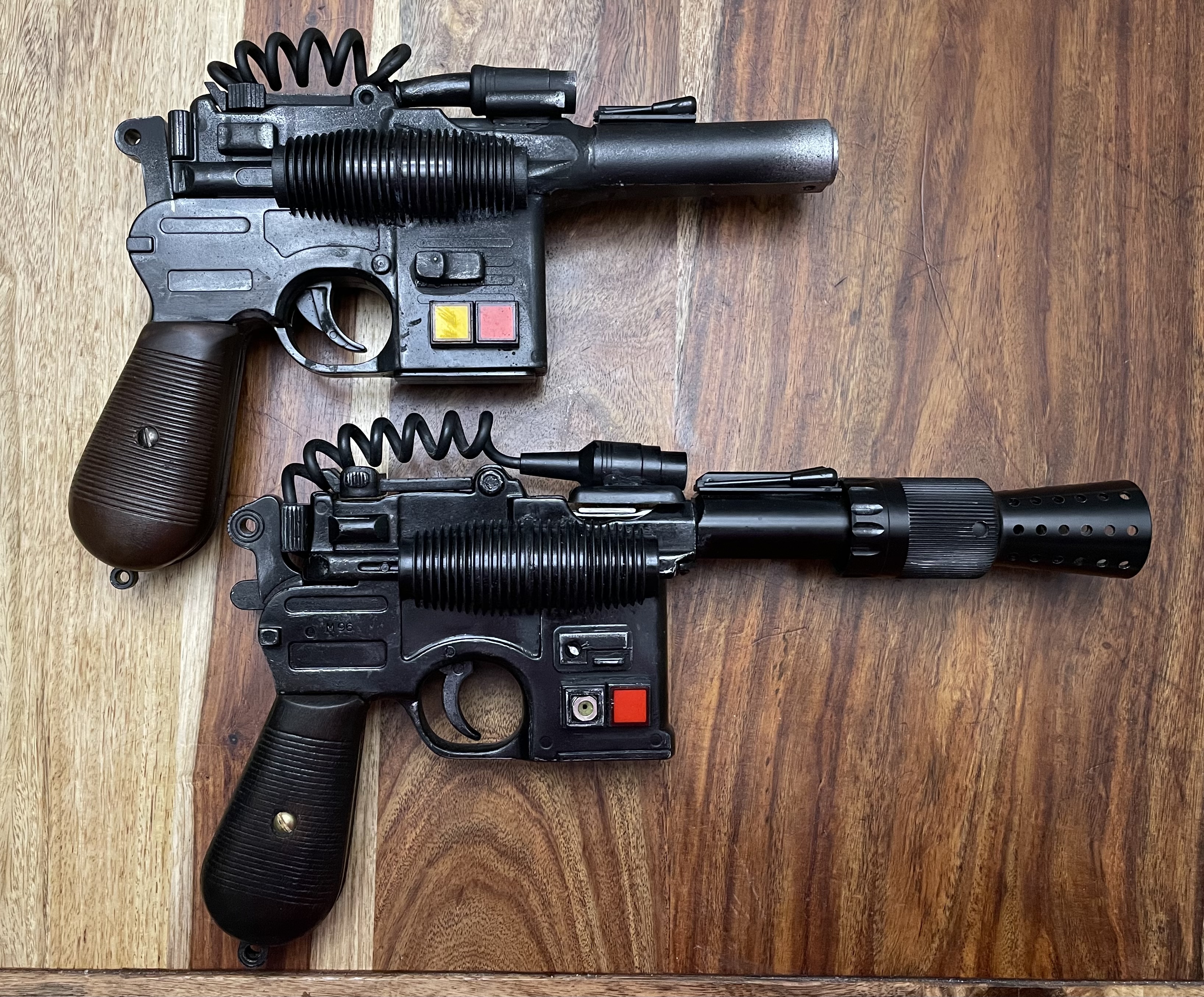 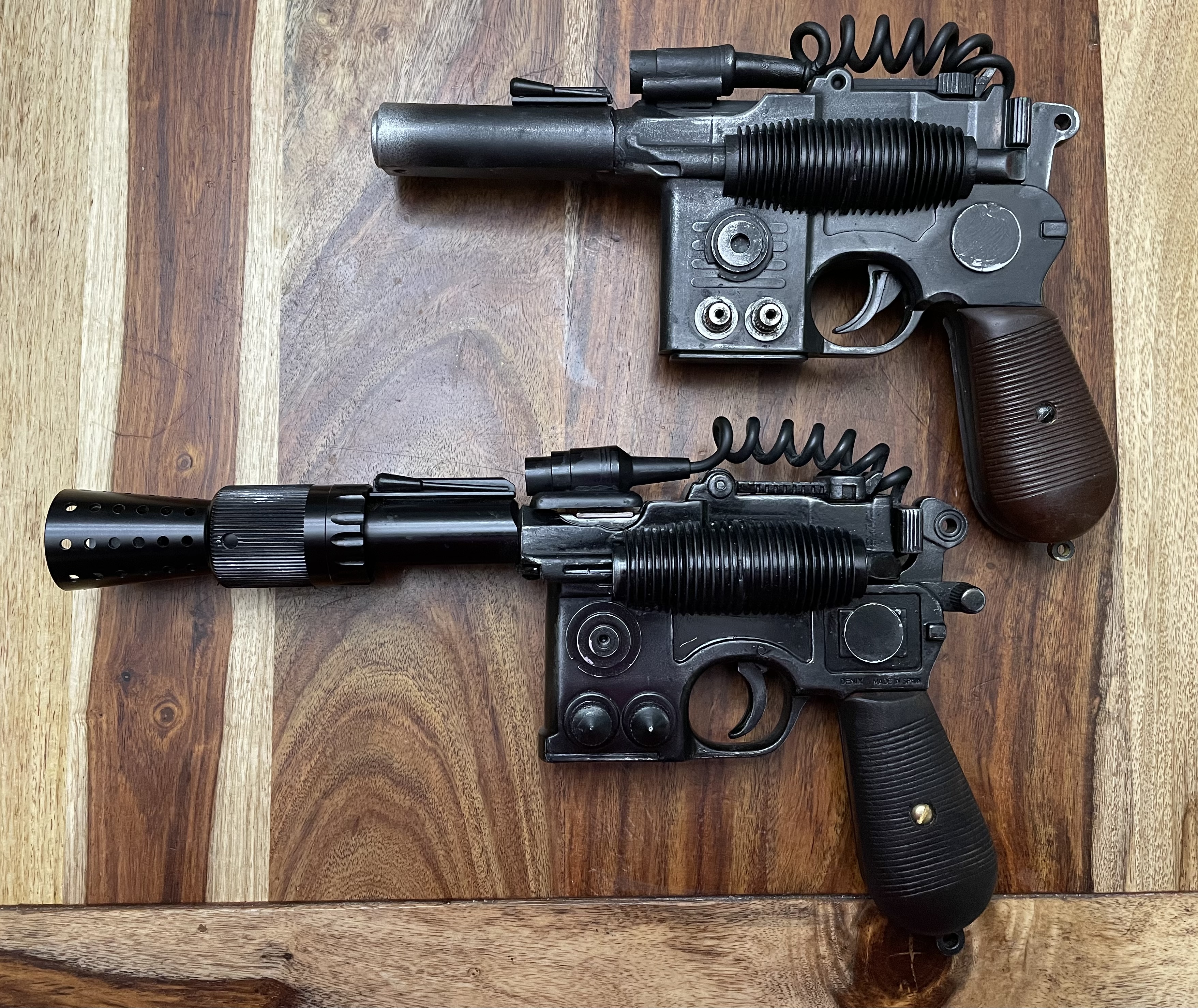 The model 44 is built on a toy Mauser with mostly hardware parts. The Power 5 is a denix build with metal parts.

Next, my Stembridge ROTJ, and ESB Bespin blasters: 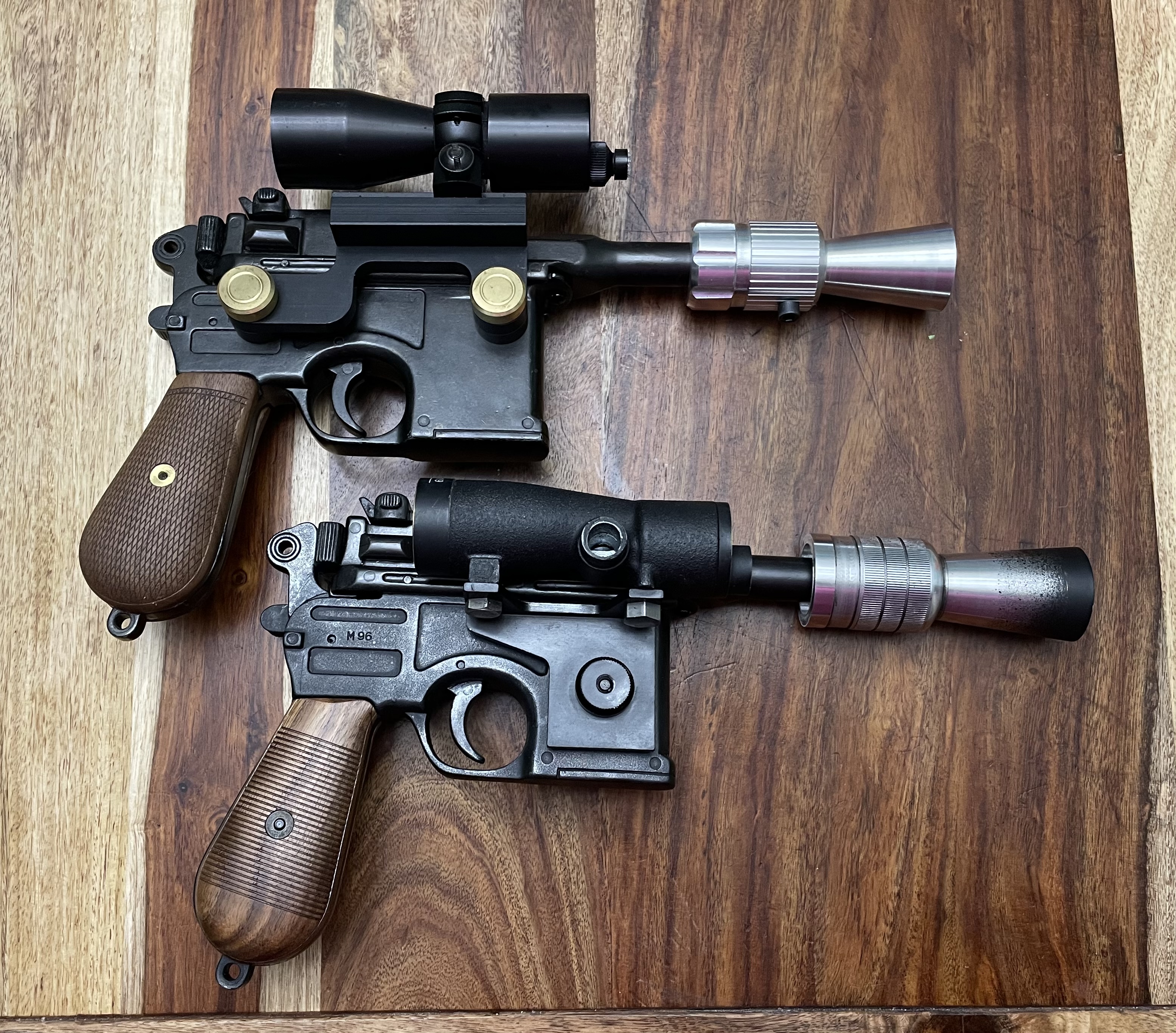 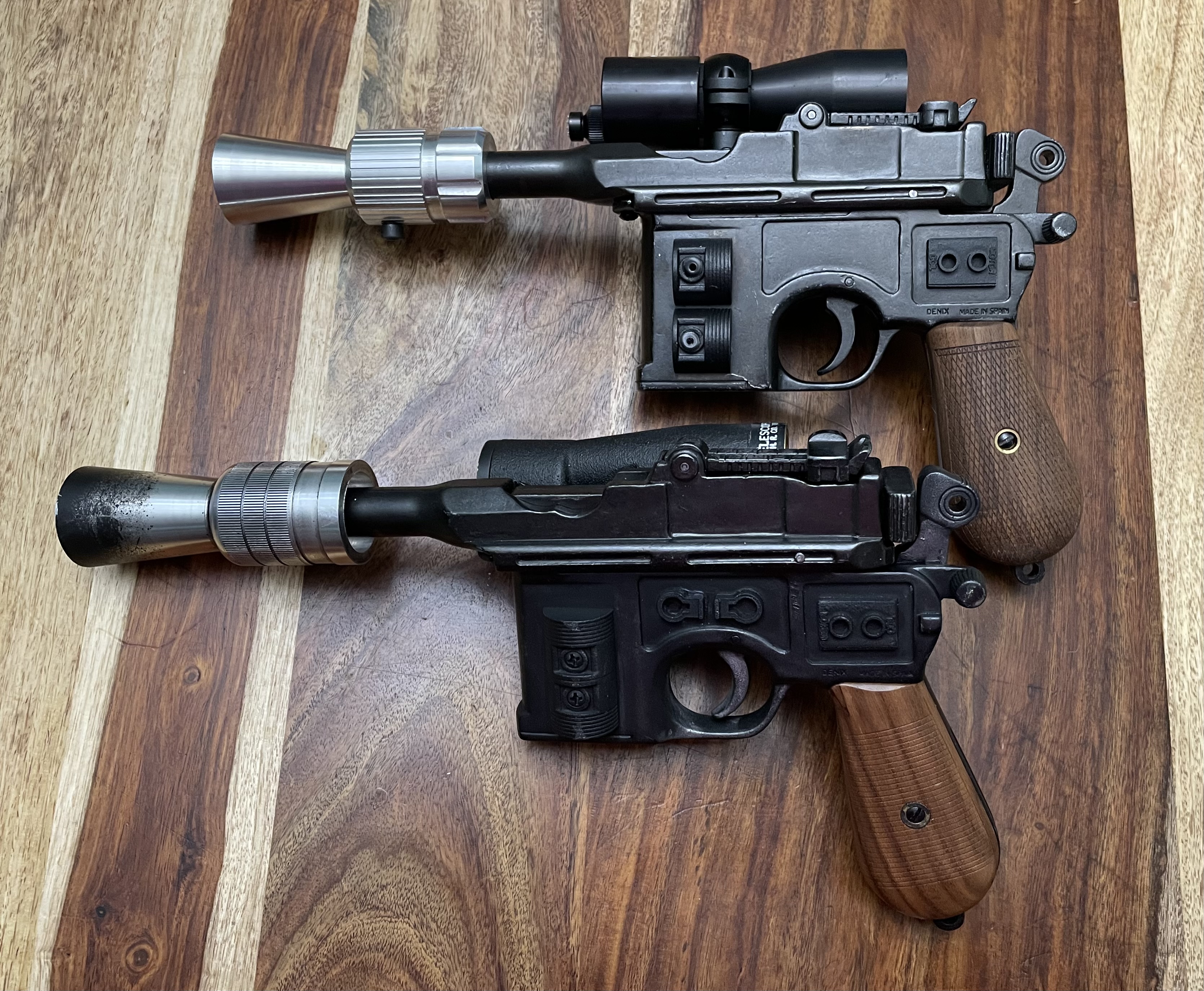 Both Denix metal builds. I need to go back and fix the pistons on the stembridge and get rid of the rivets but that is a task for another day. 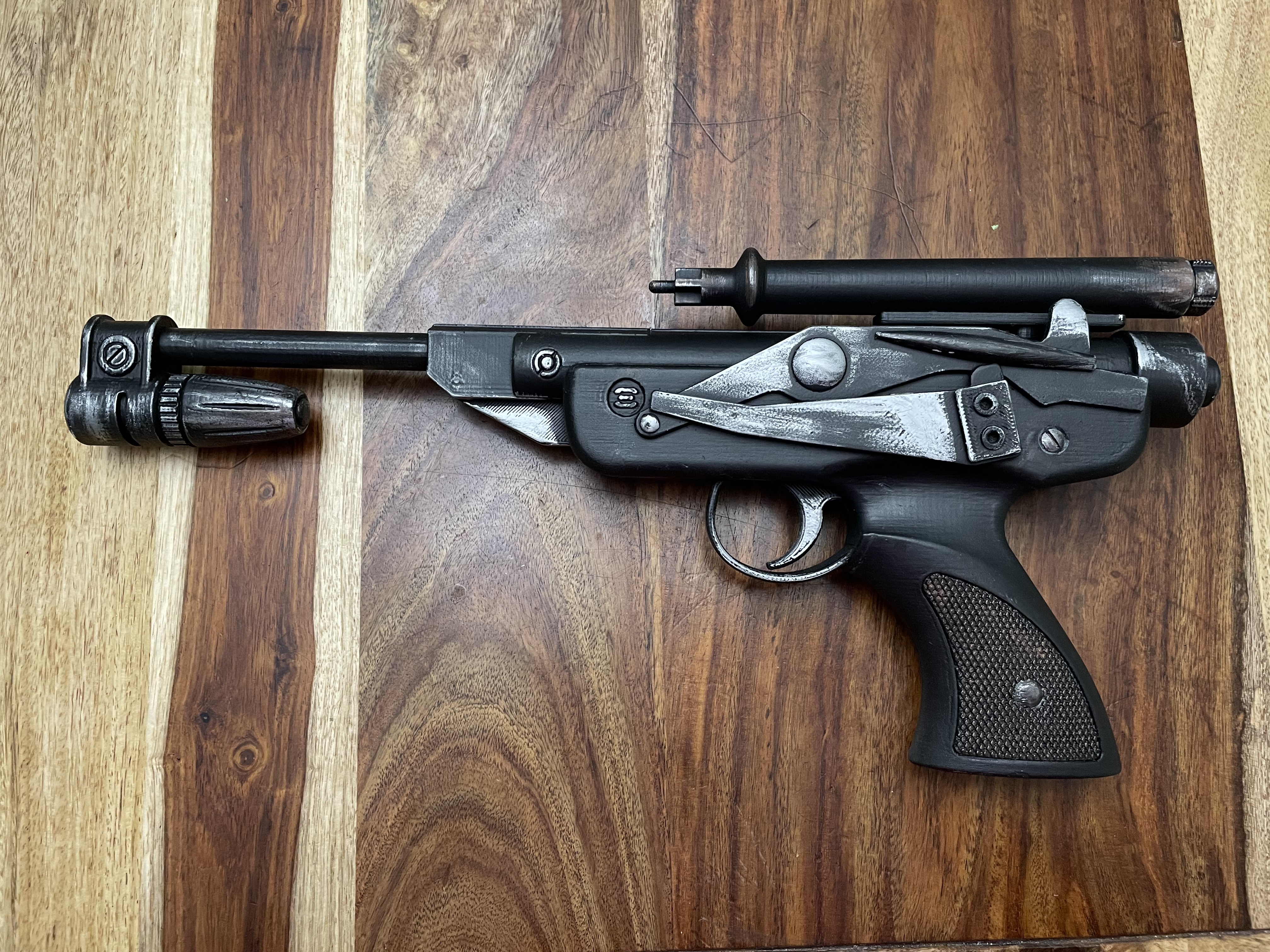 This was a fun weekend 3D kit build. I dig it.

My DDC Defenders (ANH and ROTJ): 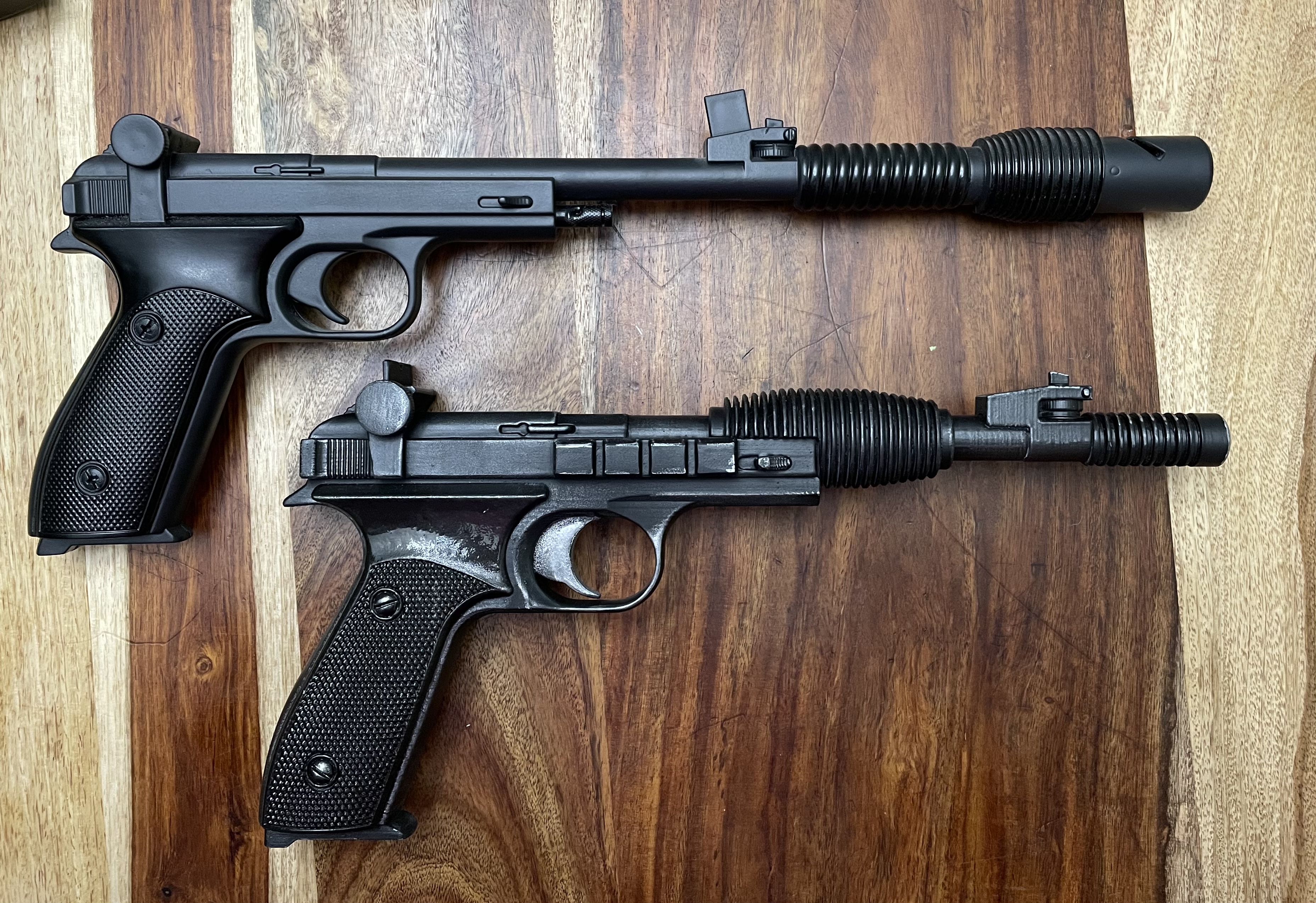 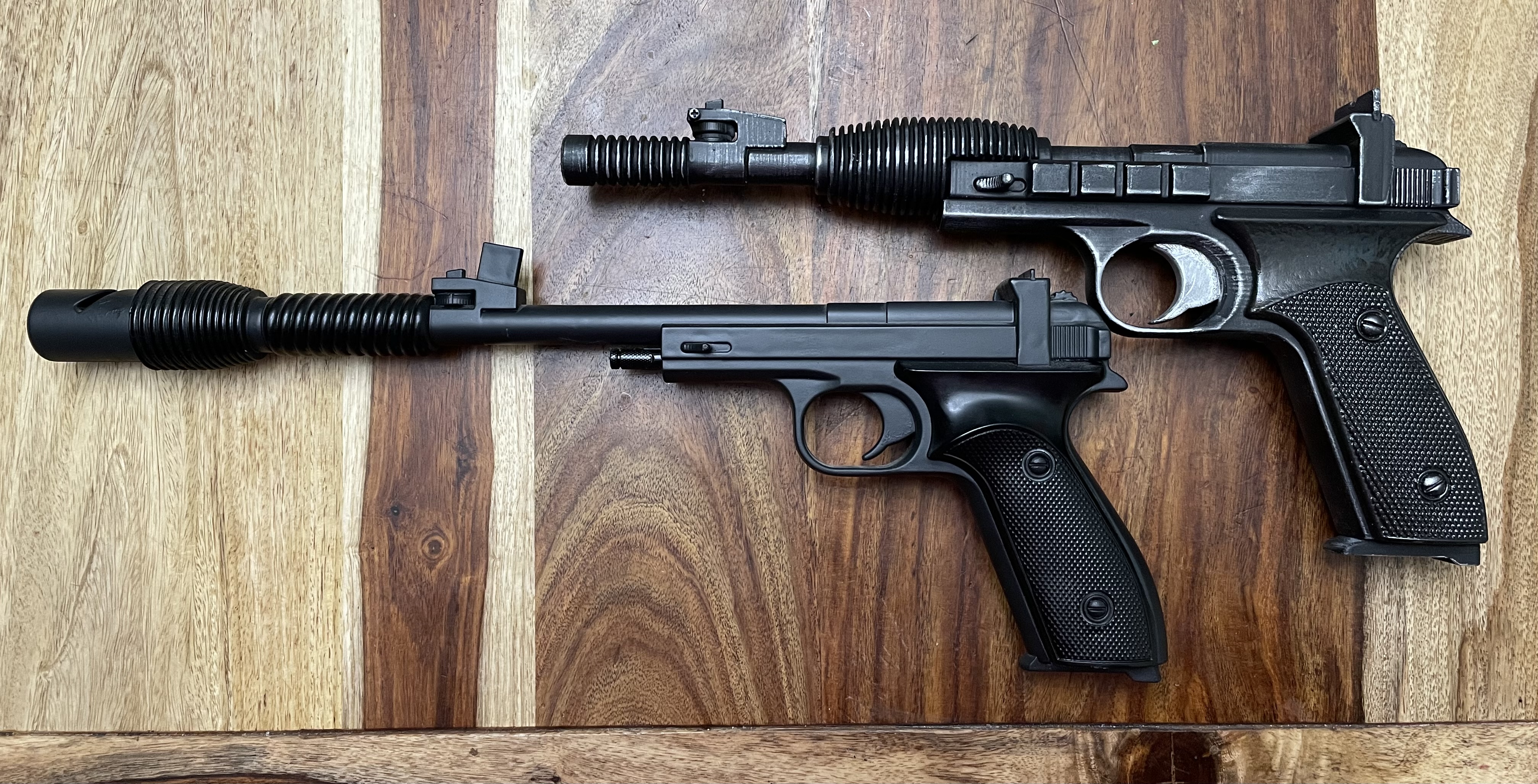 Both plastic builds, someday I’ll upgrade to metal builds, but these do for now.

Last, but certainly not least, my take on the infamous ROTJ bunker blaster, AKA The Kludge! 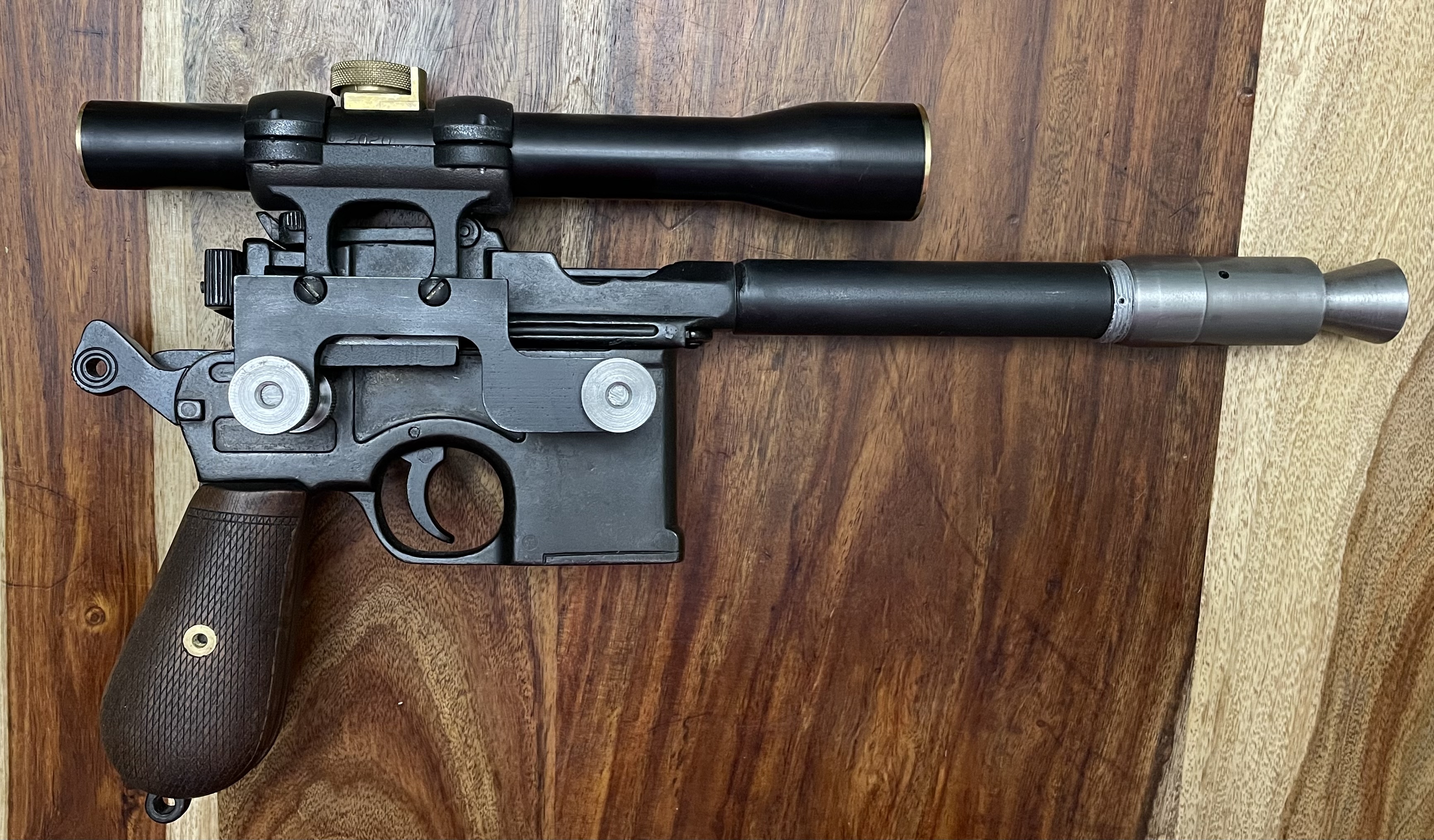 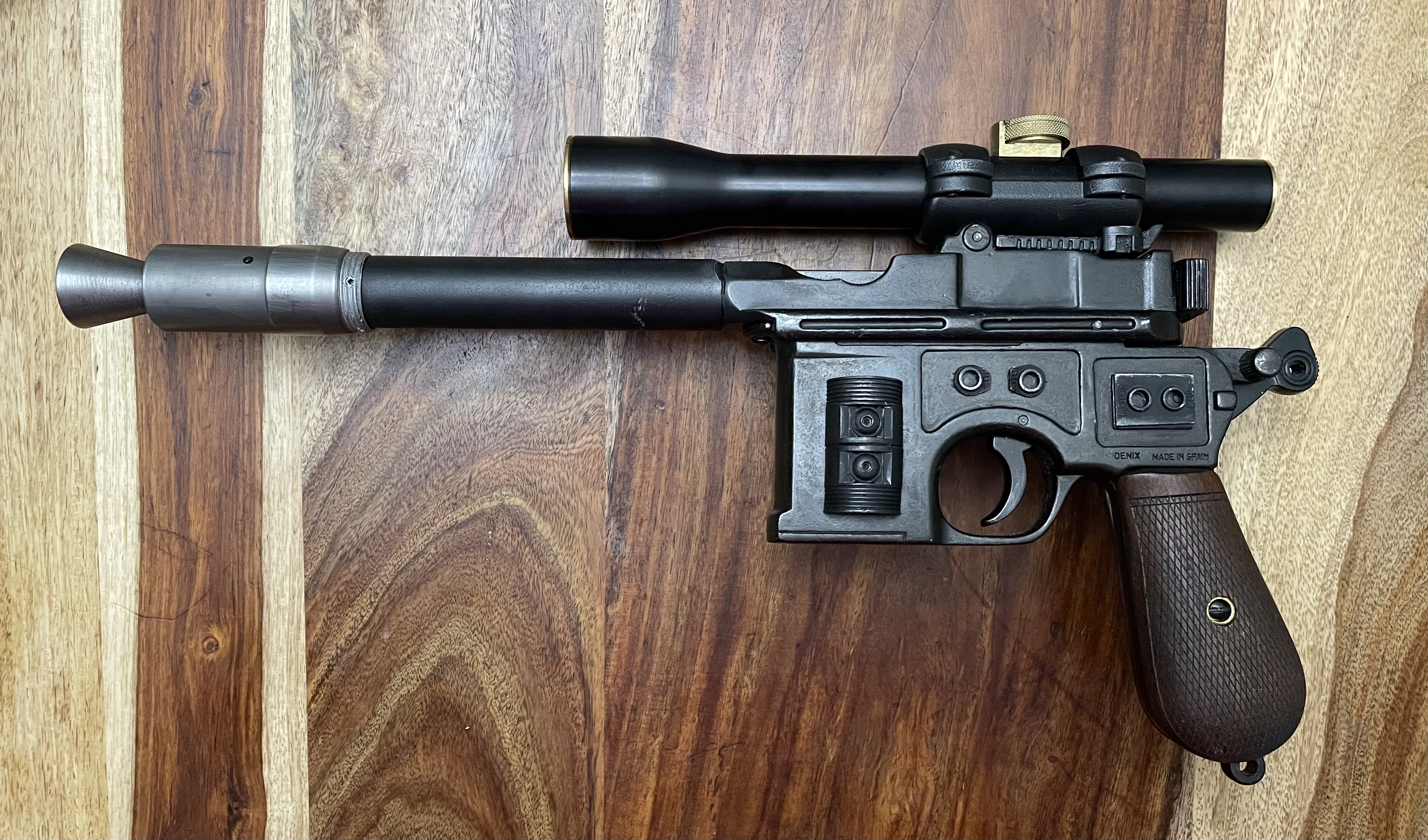 All metal build (except the greeblies). I love this dumb thing. It’s so awkward, yet it feels great to hold. I play with it a lot.

Where did you get the Stembridge grips ?

Where did you get the Stembridge grips ?
Click to expand...

I got those from Chris (Field Marshal) at BlasterFactory. He makes them pre-fit to denix, or cut to fit a vintage mauser.