eethan said:
don't worry, a lot of us are way worse.
nice collection
Click to expand...

lol, I've seen in my perusing!

Just had some more bits and pieces arrive.

First up is a Heald Extender PCB.

It's vintage but I think it's from '86 based on the code so not quite vintage enough. The silver bits are also probably larger than what the actual board is but barring us figuring it out, I'm okay with that as it's idealized for me. I've seen some other boards online that may be a better approximation but for now, this one will look nice. I may polish it up but maybe not.

Here it is compared to Sloth's board:

I've been scouring resources for PCB's and it's a deep dive but fun. There's a lot of stuff out there that would be great for a custom, scratch-built saber.

Also, in the Elstree thread, I saw this piece mentioned as a possible plate for mounting the d-ring. I think it was dismissed as it's more rounded and the rivet holes are further apart from what we saw on the Elstree base.

It's a body bracket for a handle for a Baby Graflex Camera. I'm debating using this as while it's a bit different, with some mods, it could match and as a vintage piece it might look better on the ANH build I'm doing. Both pieces are useable but the thinner piece is more like the Elstree material we see as it's probably not as stable. Also, the odds of them using something like this seems reasonable as the parts may have been included in their stock of odds and ends. We'll probably never know and I guess from that point of view, I'm pretty comfortable going in that direction with this build.

Examples on a base:

Any thoughts on that?

Kobold/Linhof clip came in! So glad I got the right one. Great to find it on a Linhof as well. 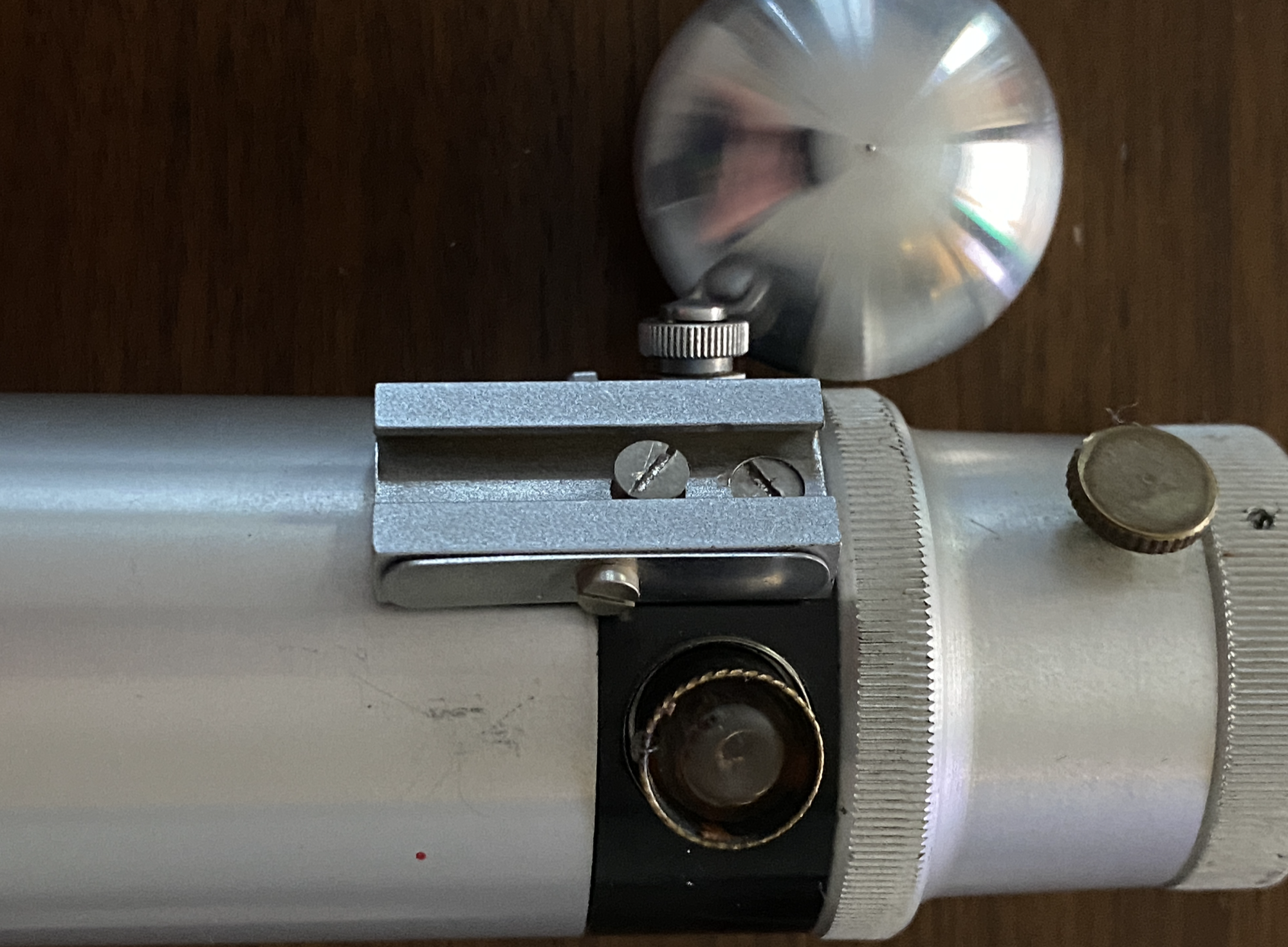 Is there a guide on how to prooperly drill the opposite hole for the d-ring?

Very inspirational!
I have a vintage graflex I bought about 8 years ago for a measly $250, intending to install electronics and blade.
I'm starting to think maybe not.
This thread is helping to convince me to keep it static and accurate.

Your journey started similar to mine and your evolving want for real parts is very inspirational.
Now excuse me while I peel off my blast tech parts and dig out the zip lock bag of original parts...

Shinchu said:
Very inspirational!
I have a vintage graflex I bought about 8 years ago for a measly $250, intending to install electronics and blade.
I'm starting to think maybe not.
This thread is helping to convince me to keep it static and accurate.

Your journey started similar to mine and your evolving want for real parts is very inspirational.
Now excuse me while I peel off my blast tech parts and dig out the zip lock bag of original parts...
Click to expand...

I love that fans have persisted to the point where they can install electronics to emulate the full saber experience. It’s pretty awesome but I just like the idea of having the static hilt that was the same prop built for the movies.

I’ve been lucky to be around some truly iconic props in movies and TV and just like to be around that simple magic.
Last edited: Jun 22, 2020

A new contender arrives!!
This board has a much better lead thinness. 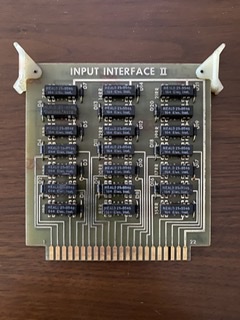 RPF PREMIUM MEMBER
Im looking at the same boards but damn they are expensive!

Yes they are, lol! They look the part and age and the board material is a nice color so I opted to take a leap. I have one more board coming in and I’m pretty excited about it.

RPF PREMIUM MEMBER
I got the other one. I am looking at 1 more but its almost 3x as expensive. Pm me

Here's the basic materials I acquired to get the projects going: 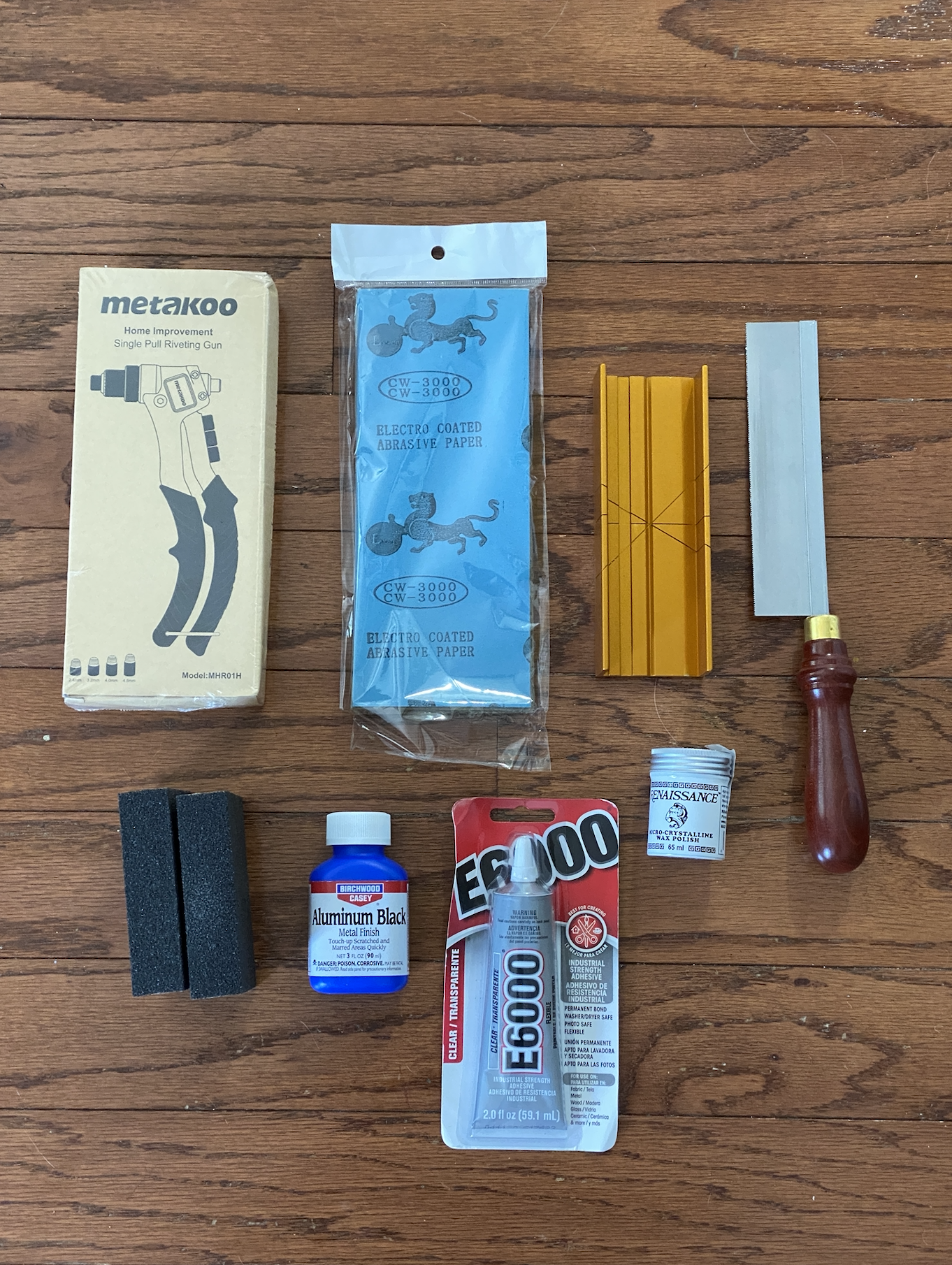 Here we go!
measuring and cutting the Heald board. I first cut it down for ease of handling.
Then measured and taped and marked where to make the cuts.

Final cut is a bit wonky but sanding will be done. 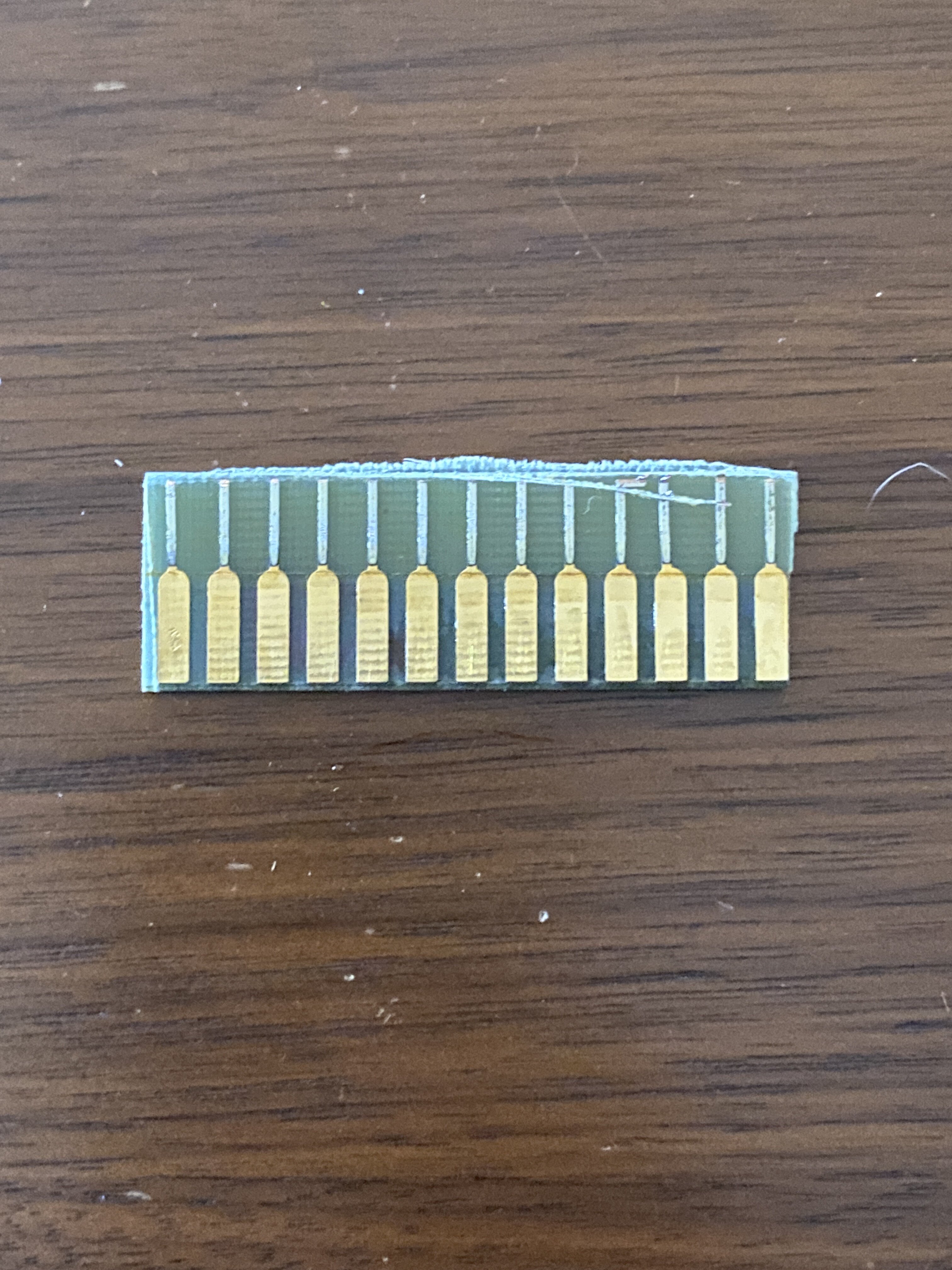 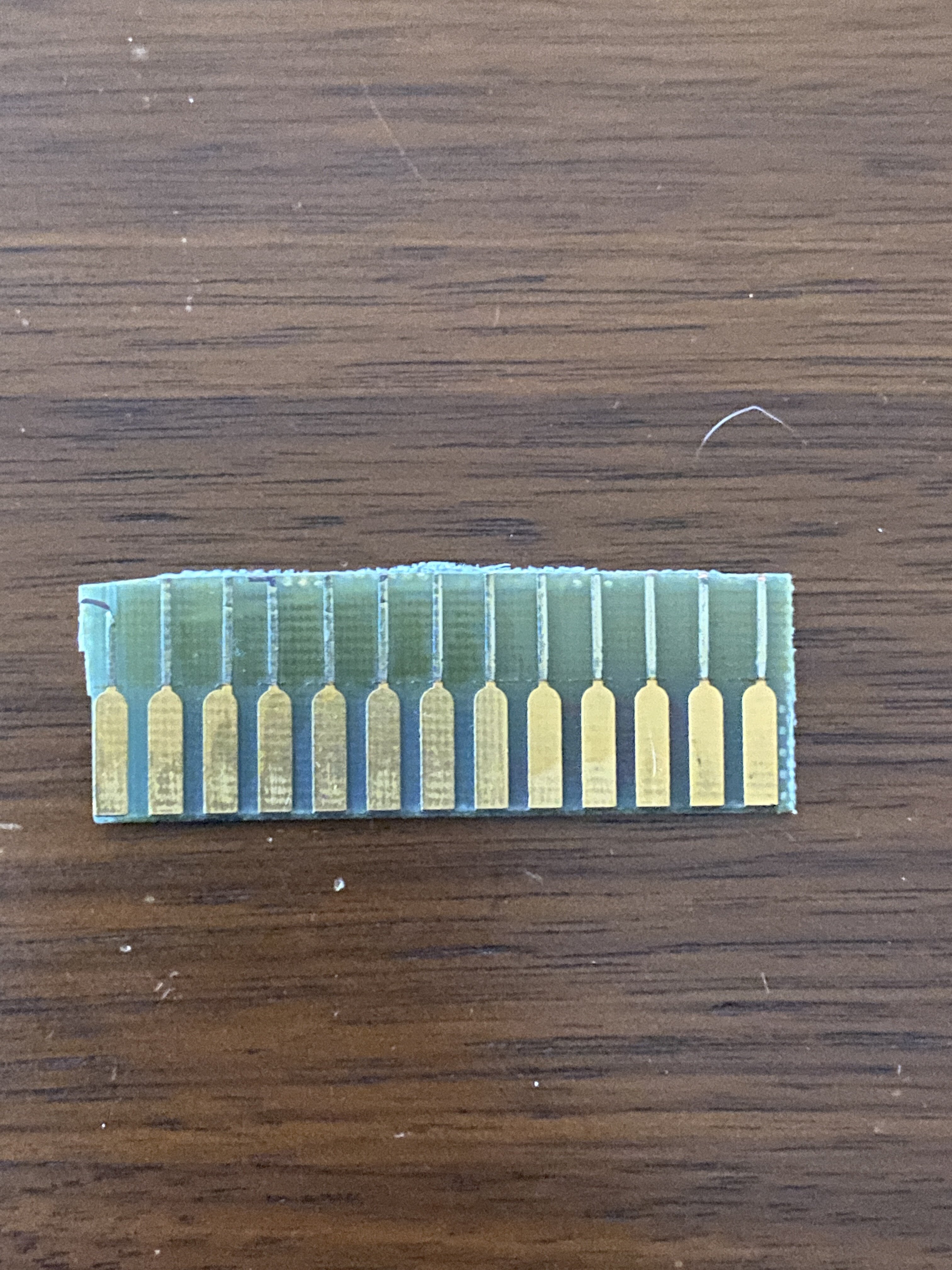 Missed some scoring as well and the scratch should be hidden by the clamp or I can just flip the card as it’s conveniently double-sided. 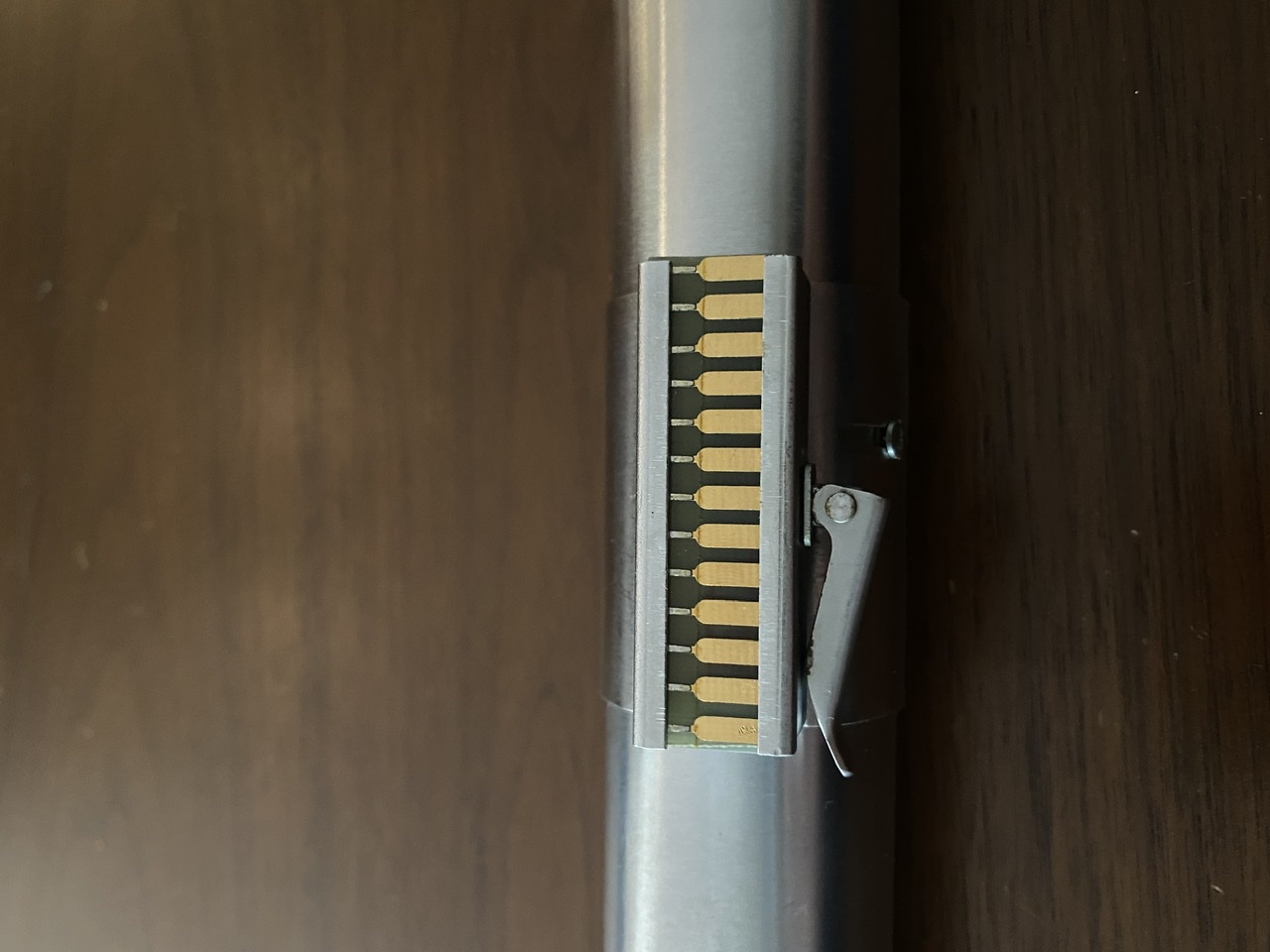 Removed the Exactra 19 and 20 boards I have. Gonna use one for Vader and Luke each. 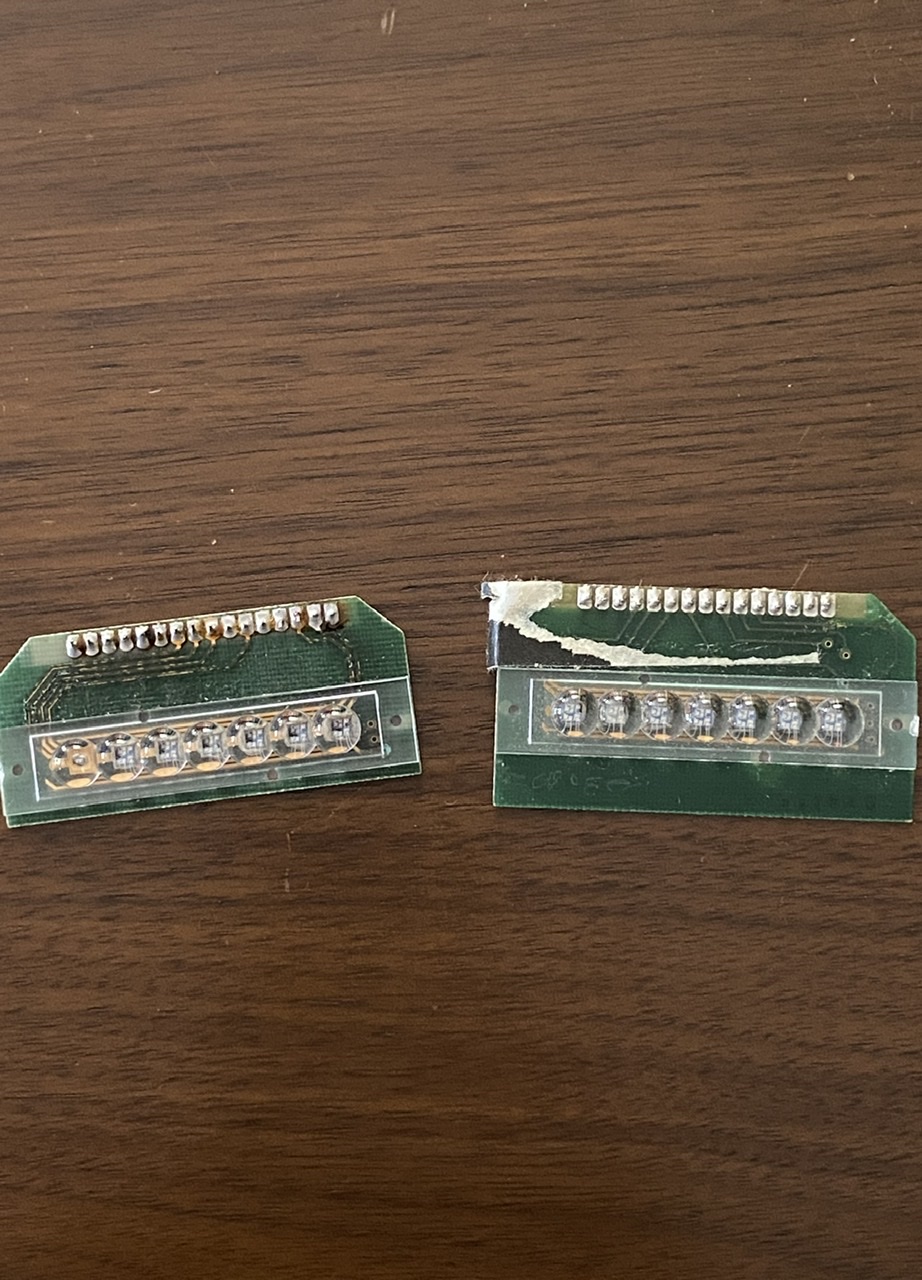 I found a couple of solid search terms to reliably get vintage d-rings. This item will provide 2. 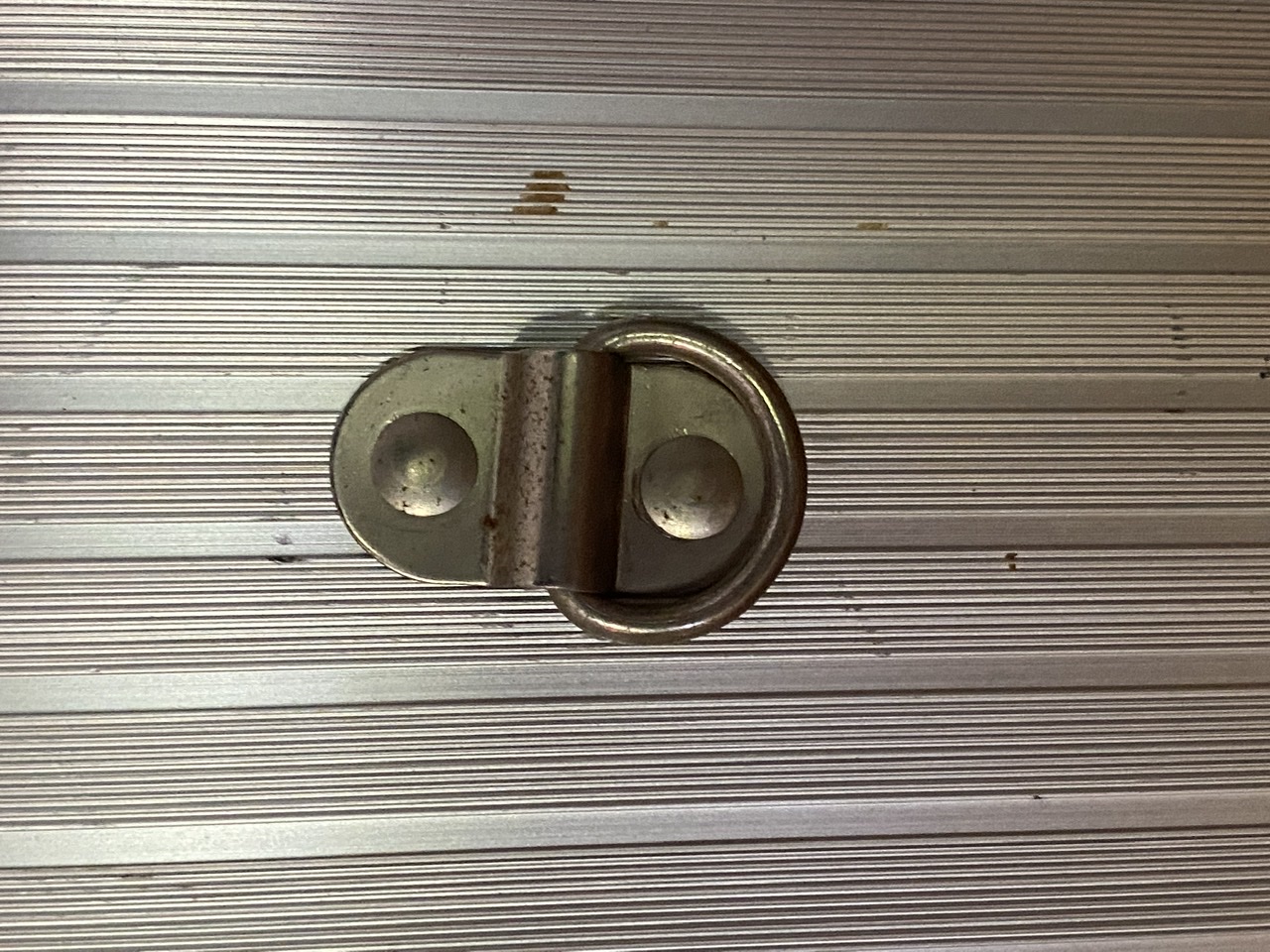 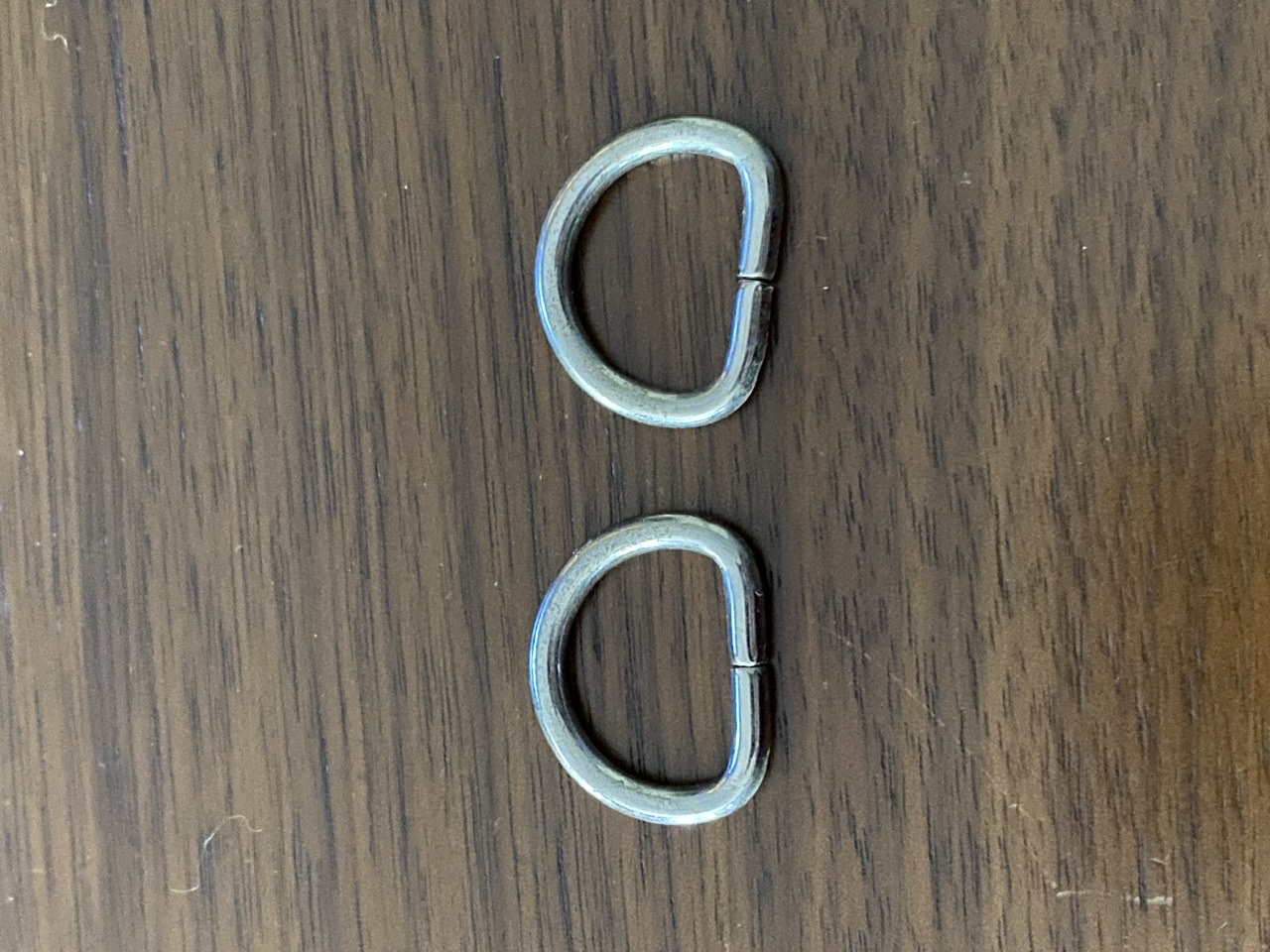 I was scared but it looked easy and turns out it was. Wish it was a more desireable board but it’ll work for my Heiland build. 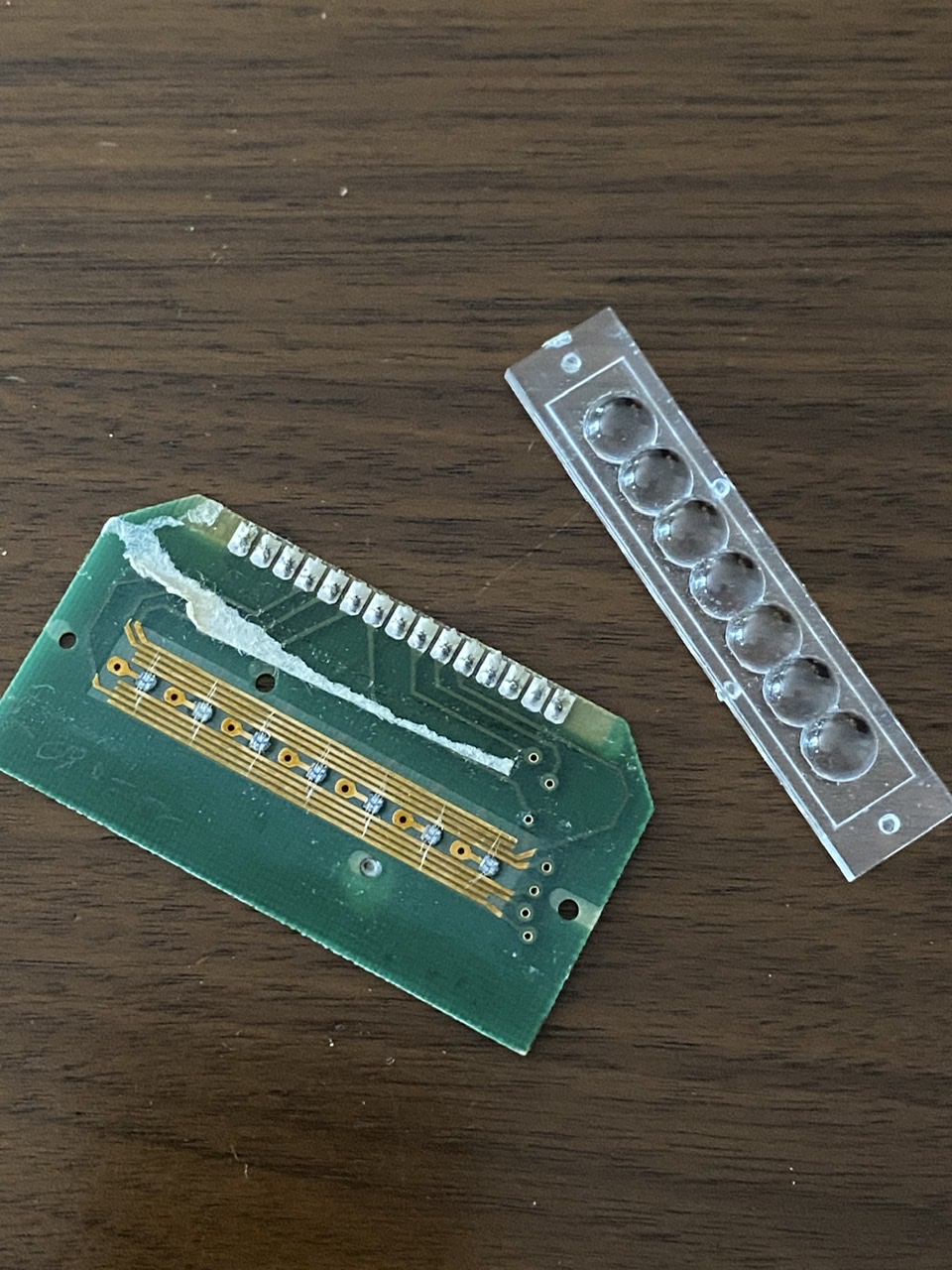 Now to cut the bubble 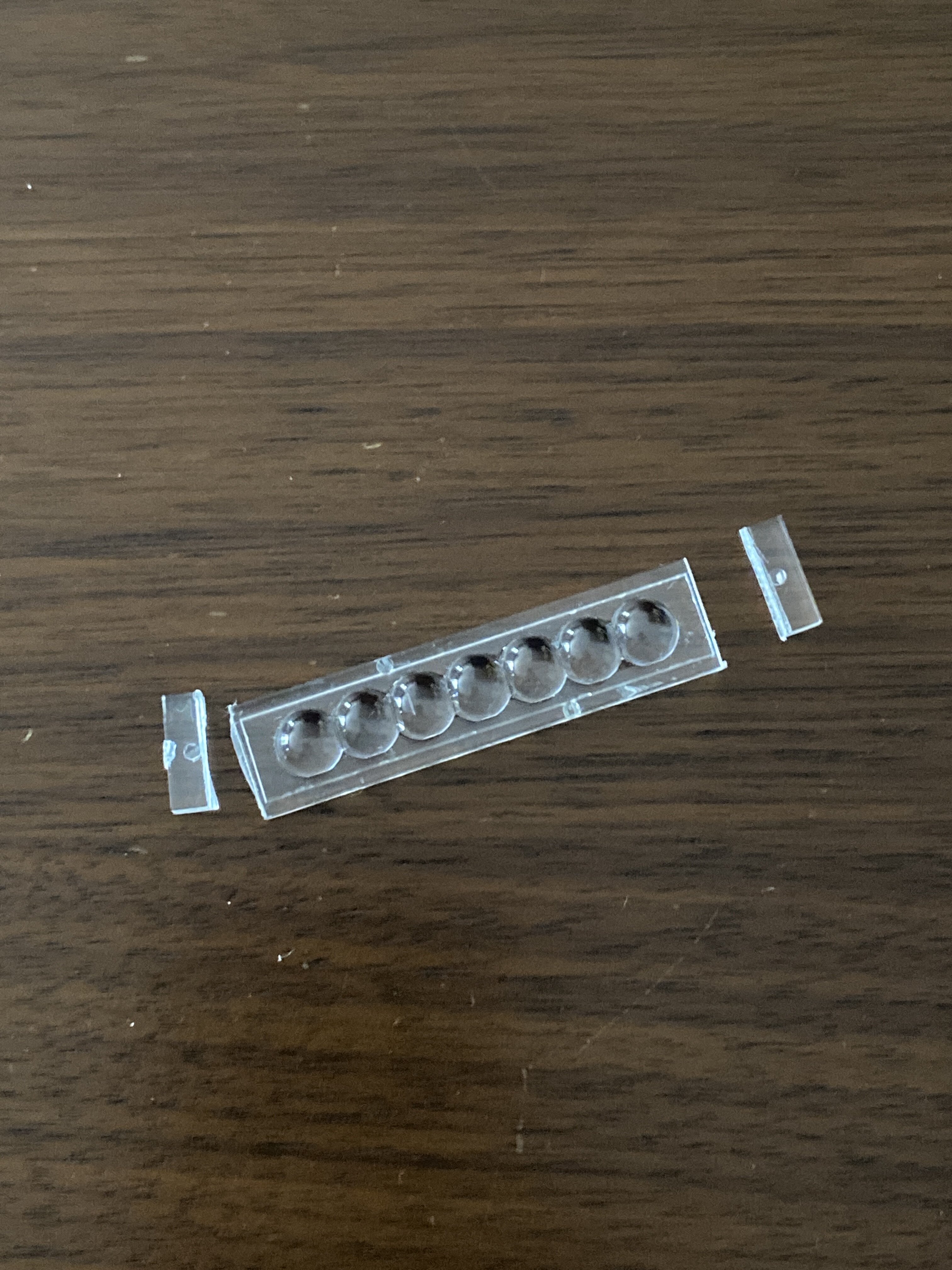 Now to finely file it down. I’m debating on angling the sides for the Elstree cut.

Sanded the edges down as well. 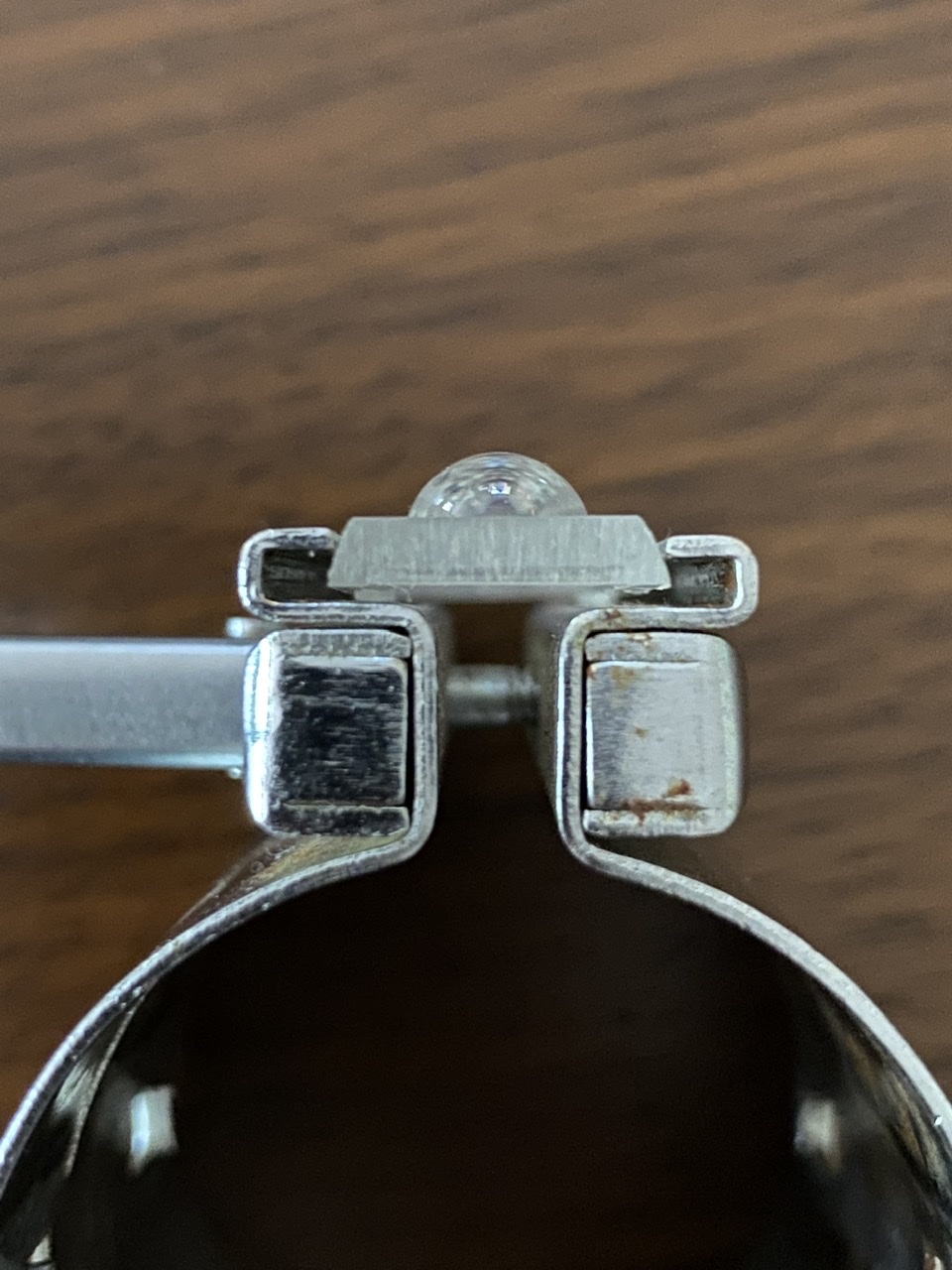 I put Frog tape over the bubble the edge of it at the base. Folded the tape into a holdable tab and used 120 grit to get down fast. Finished it with 2000. It’s not quite flat but it floats nicely in the clamp.