My Alien Metal Sculpt Figure I Got For Xmas

my daughter bought it for me for christmas.. heres a few pics and one pic with the pred she bought me before ... i tried to show it on the christmas gifts topic someone made but i keep getting errors ( still having problems uploading pics)so here it is... 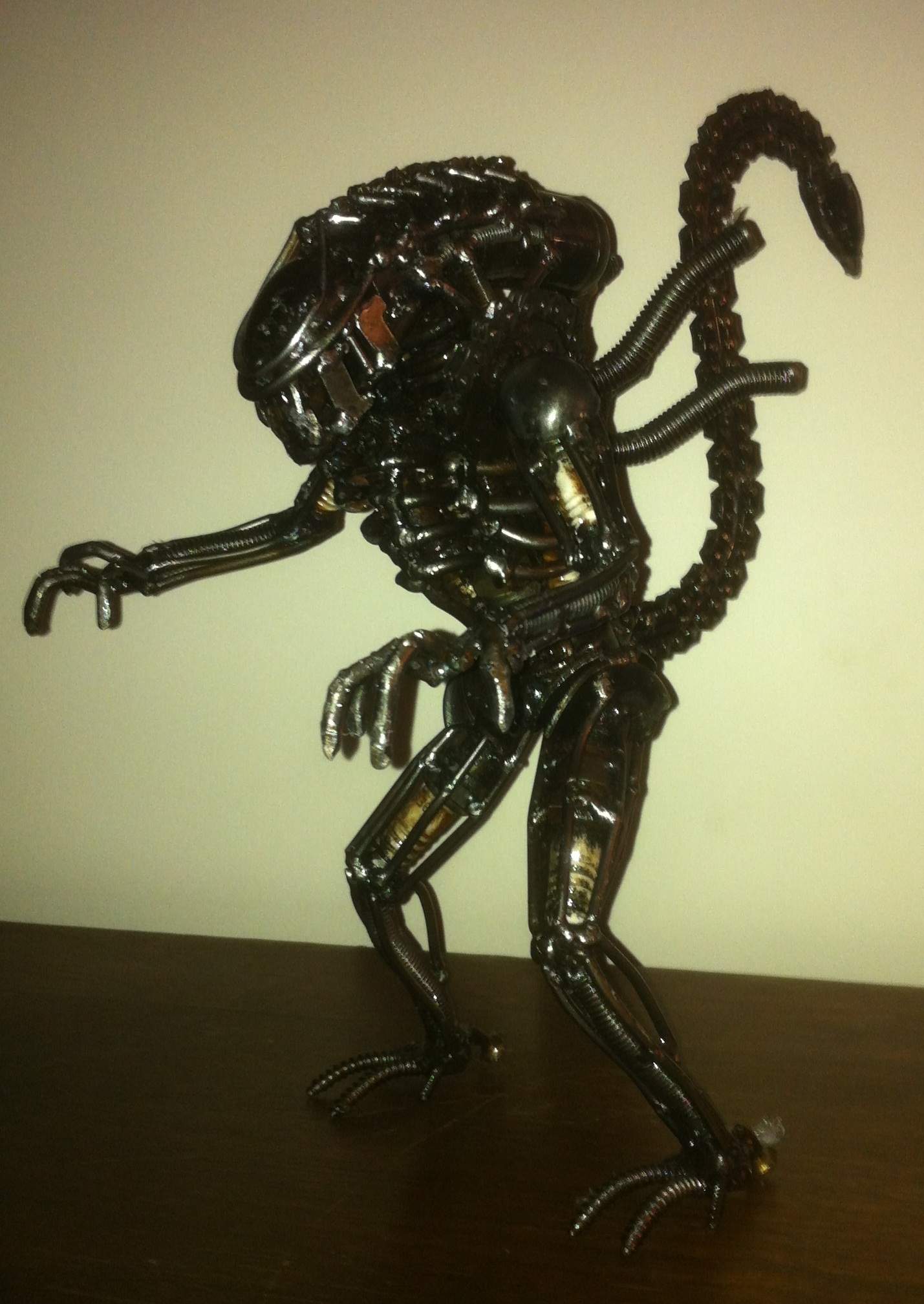 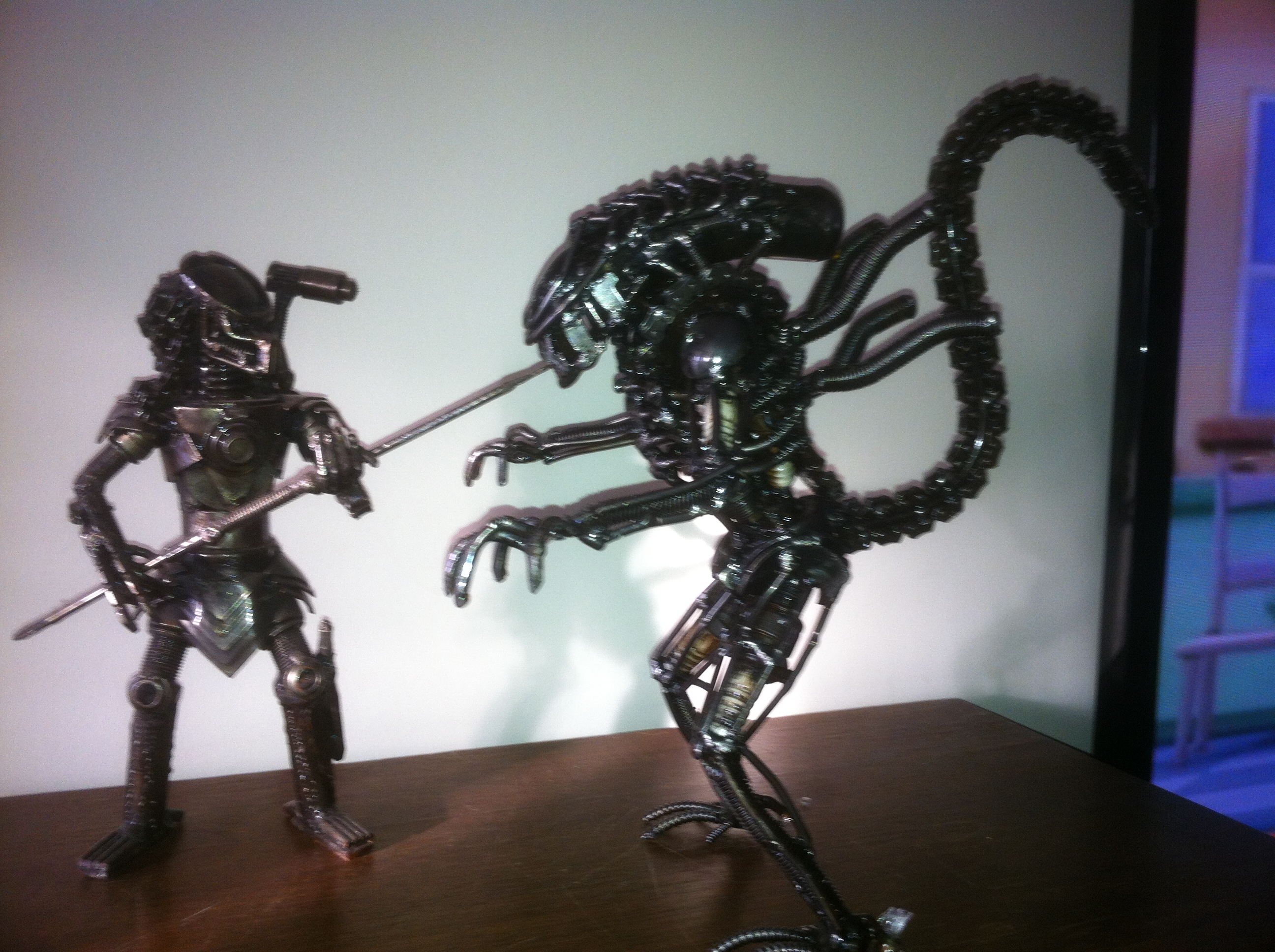 Yes I've seen these around for years now. They always seem to sell them at markets, trendy shops and stalls at music festivals and the like here in the UK. This year however they really came out of the woodwork where I live. We went to our local shopping mall and one of the numerous 'Gadget Shops' had a whole window display of them. The prices were very steep though - as much as $400 for an alien - this seemed excessive.

I used to have a friend who imported native handicrafts from Indonesia and Bali - tribal masks and the like - and he also sold these. This makes me think they are made by the handful dirtcheap in remote countries and then imported with a mark-up. They're pretty cool though.