Mystery Science Theater 3000 has been one of my favorite TV series for as long as I can remember. I've been wanting to make props from it for a while (mostly the table lights/movie sign and Tom Servo). I've been trying to get as many original parts together as I can because I want to 3D scan and 3D print copies. Having an accessible 3D printable kit for the bots and the props just sounds really cool to me. It'll probably take a long time to find all the parts but I don't mind. This will be a fun project to work on inbetween anything else.
So far I have about 50% of the parts to make a Tom Servo and have only scanned the barrel. I'm a little bit intimidated to clean it up for printing. 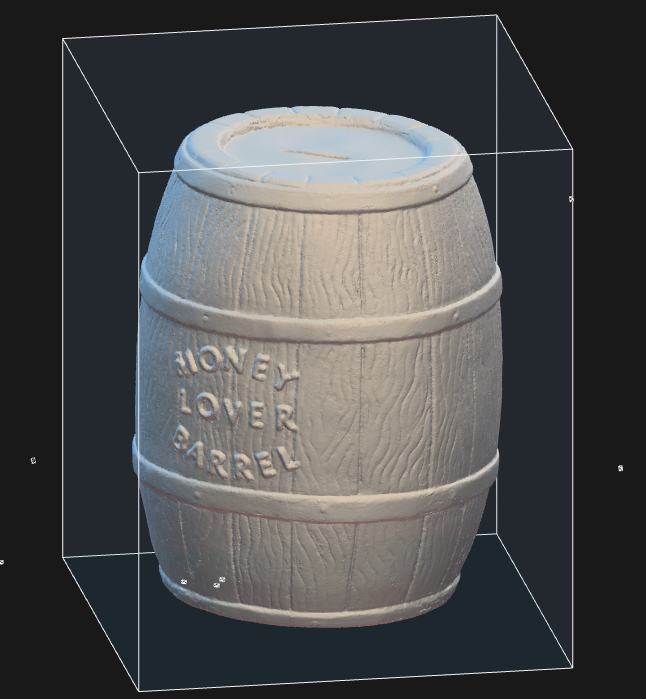 And today I did a scan of the Pollenex air filter lid for the movie sign. It came out incredibly rough (I think because it is shiny plastic and is a single color) so I remodeled it in Fusion360. 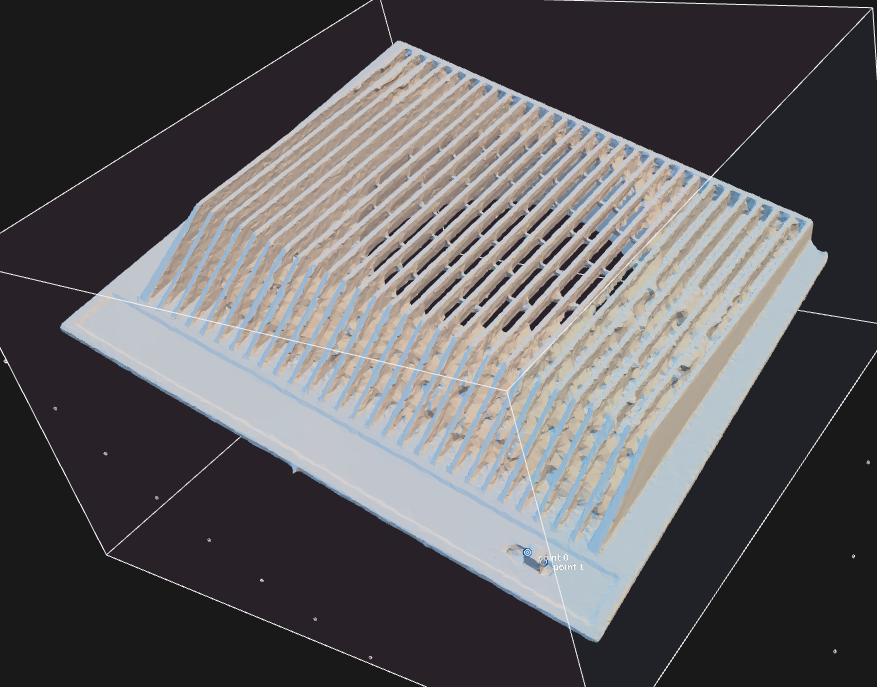 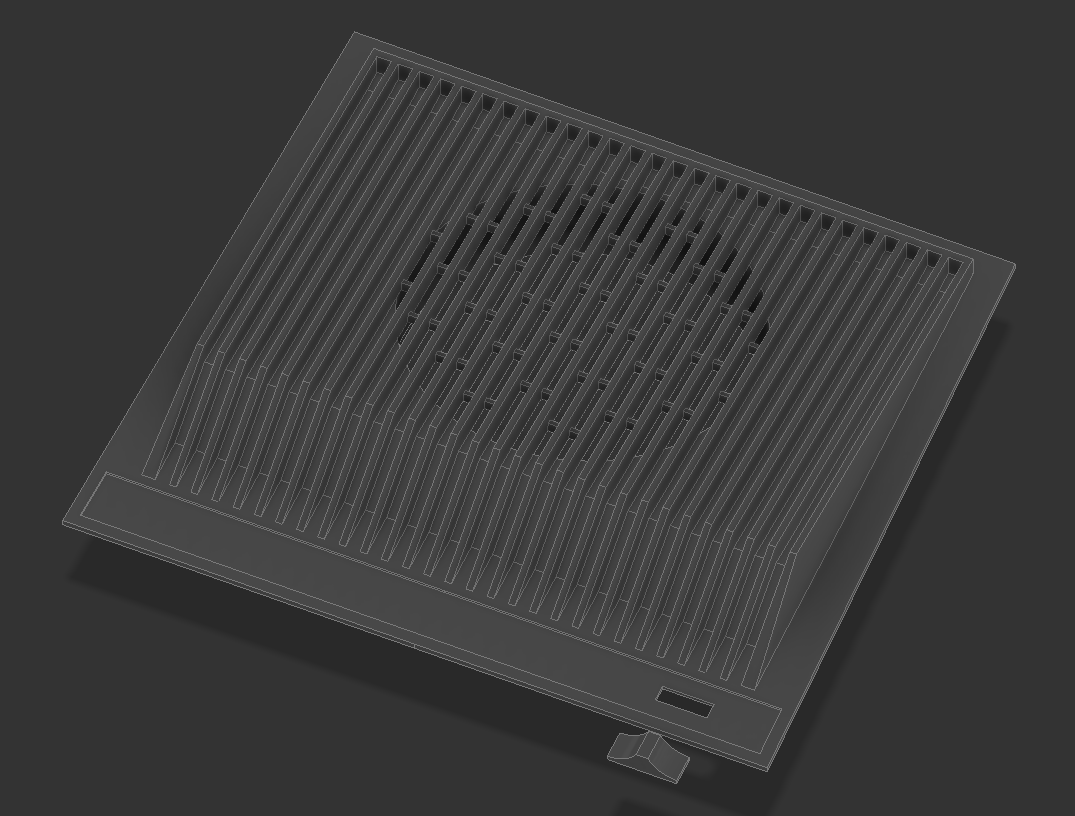 I want to find more information about the movie sign, specifically anything about the lights on top. Rumor has it they're spray paint can lids so I might have to just make it up myself. It looks a bit like the details on the front is the tubing used for GPC/Crow. And I'm not sure but I don't think the base for it is the actual bottom of the air filter. It might be just a custom box.

Thanks for taking a look. I'll probably make another post in this thread as some sort of a to-do list or something to keep track of what parts I have, what I've scanned and what has a finished model. Though should that be in the first post? IDK. I'll be sure post pictures of when I actually 3D print something.

RPF PREMIUM MEMBER
Does anyone know any specifics (if there are any) on the drainage tubing used all over the show?

I went to my local hardware store to grab some drainage tubing and took some pictures to draw the profile in Fusion when I realized that Fusion has McMaster-Carr built into it. When I found some 4" tubing in their catalog I noticed it has a more square profile compared to what I sourced locally. Though my profile might not be perfect and I might have rounded a bit too much. Or maybe I'm worrying too much and the CAD files McMaster-Carr provides aren't accurate and in manufacturing thousands and thousands of feet of tubing it is a bit more round.

Just wondering what people use for their bots. Something with a more square profile or a rounded one? Thanks in advance for any help! 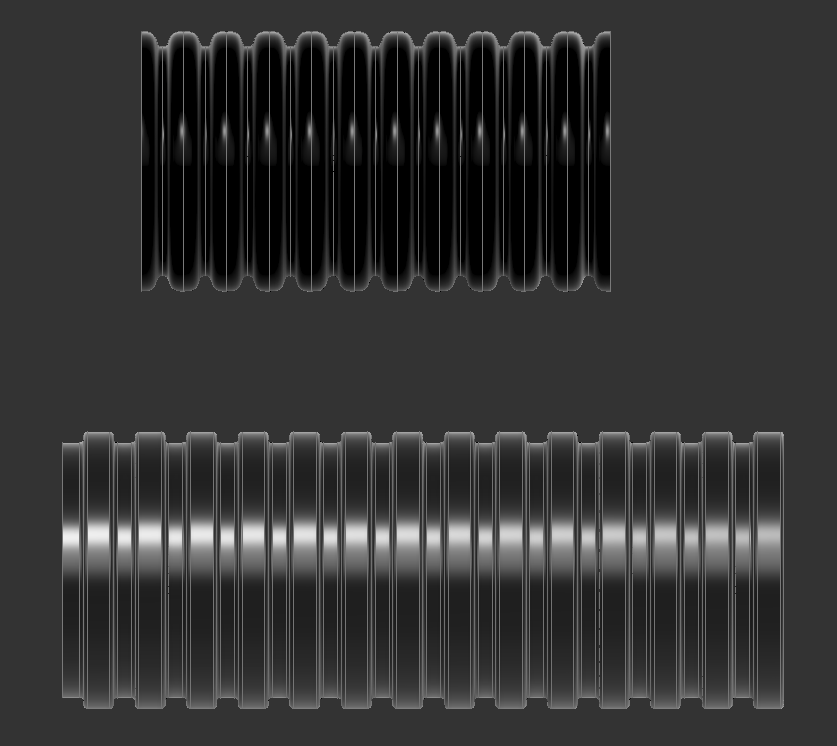 RPF PREMIUM MEMBER
Took a bit of a break from the Movie Sign to make a vacuum former! Never used one before so what could go wrong.

I followed a couple videos online (mostly Punished Props video) on making the material holder thing and the suction table and came up with this. Pretty happy with it but if I was to do it again I'd use thinner material to make the box so I have a slightly larger working area on and maybe use something with more holes for the top. Oh well next time. 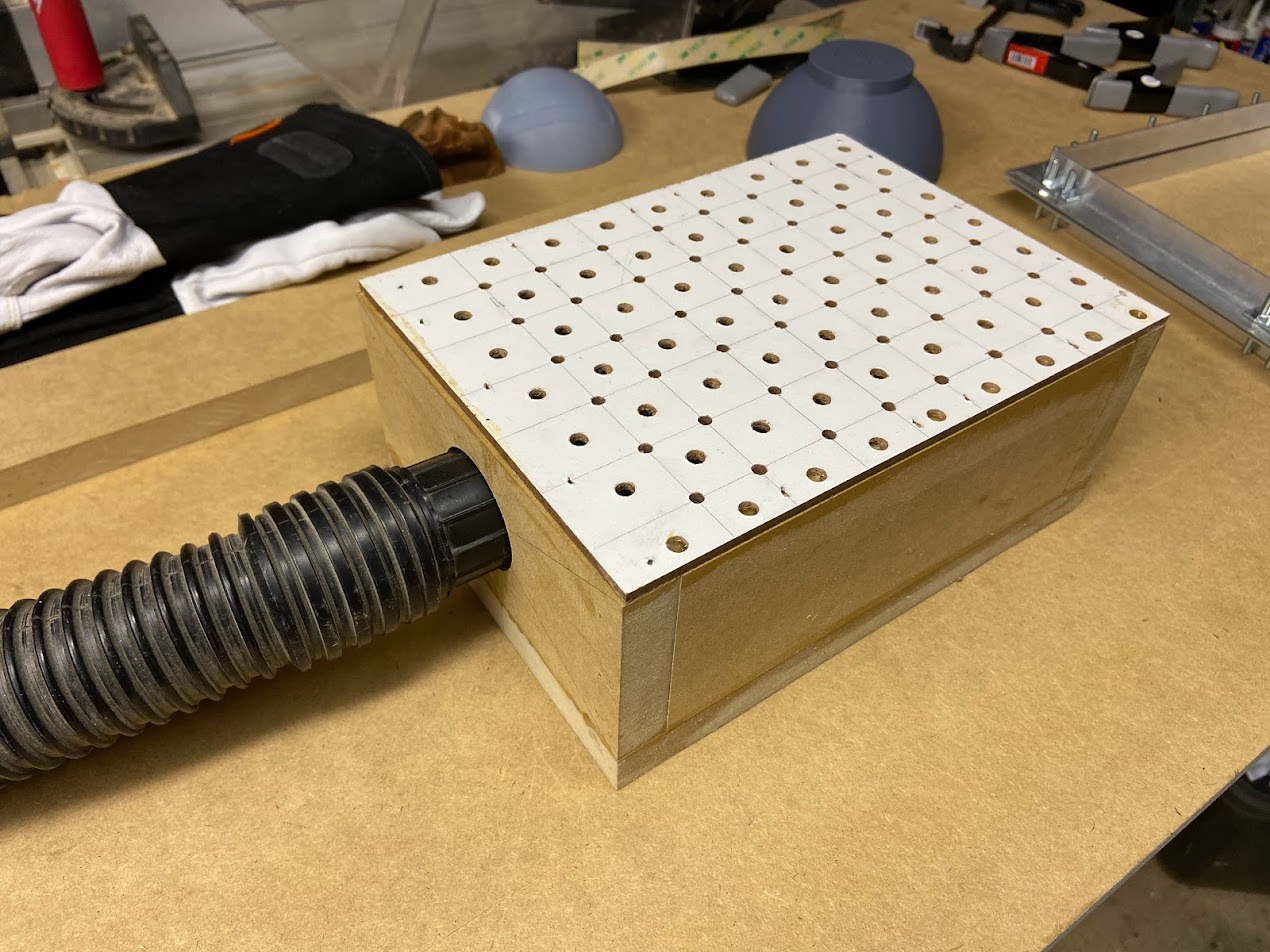 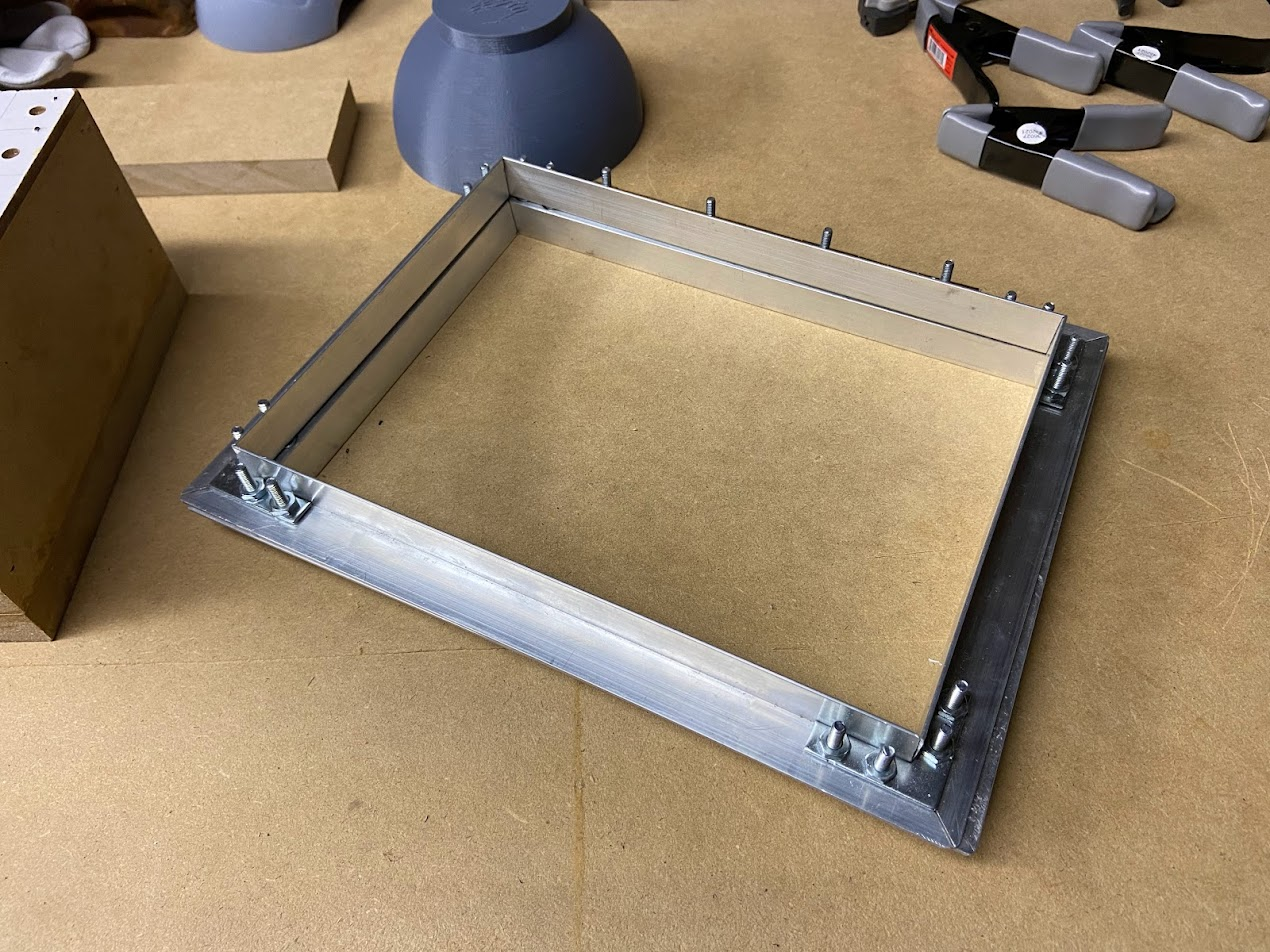 I did a few test pulls with some styrene and was really happy with it. Never tried it before but feels good. I know a few parts of the bots are vacuformed but the real goal is to form a globe for Tom Servo. not sure how viable this is but I went ahead anyway and modeled and printed out a buck of half the dome. The file for the buck has a parameter so you can type in the thickness of the material you're pulling and itll always have the same outer dimensions to fit the snack dispenser. Though it doesn't take into account any loss of thickness from the thermoforming process. Not sure how to do that but hey it gets you close enough. And if none of this works I still have a file to print out a globe. Should be trivial to print out Tom's Season 13 frosted globe. 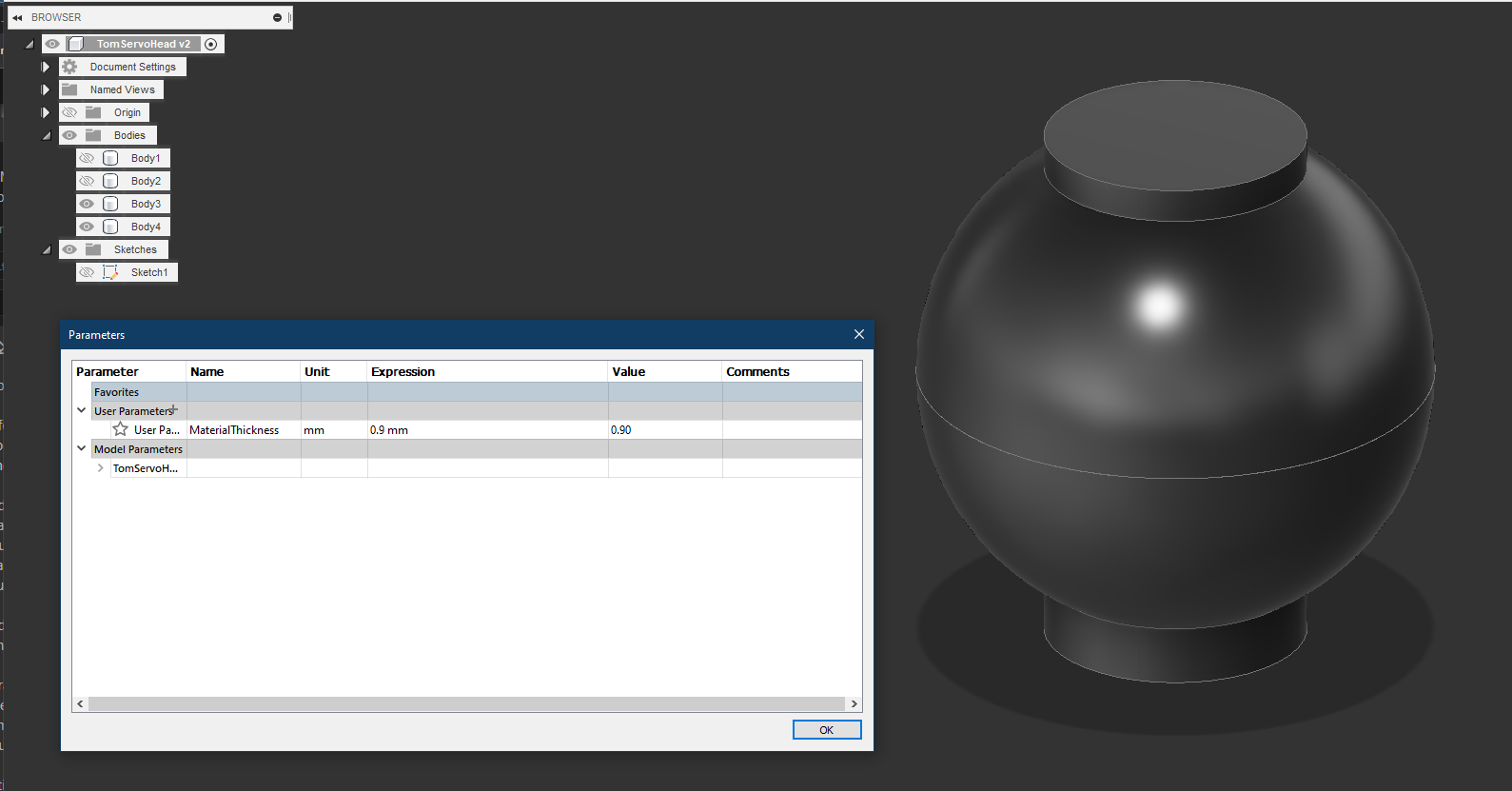 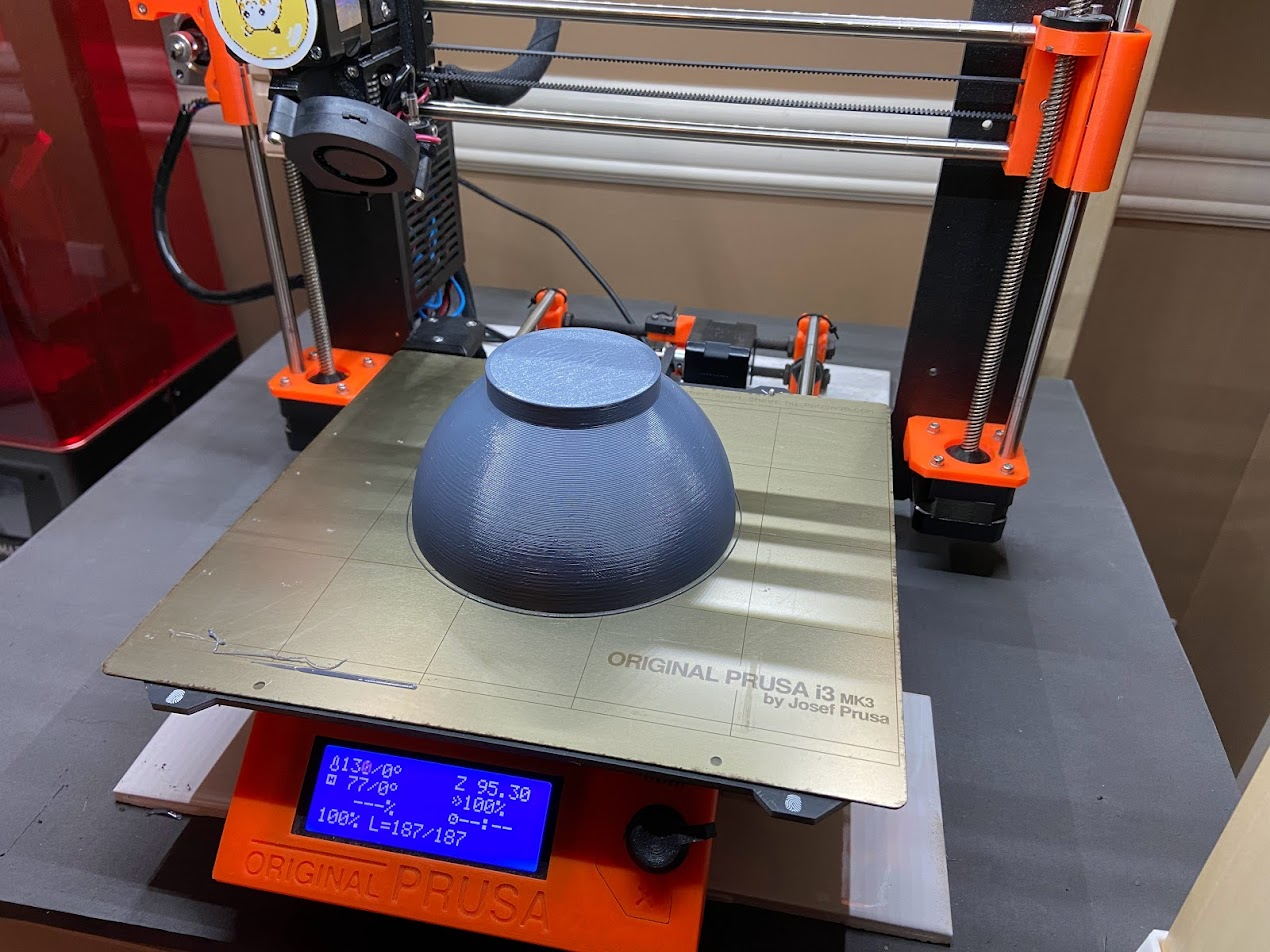 I didn't do any cleanup on the 3D printed part and I've only ever done 4 or so pulls before this so there is a TON of room for improvement but I think it shows potential. 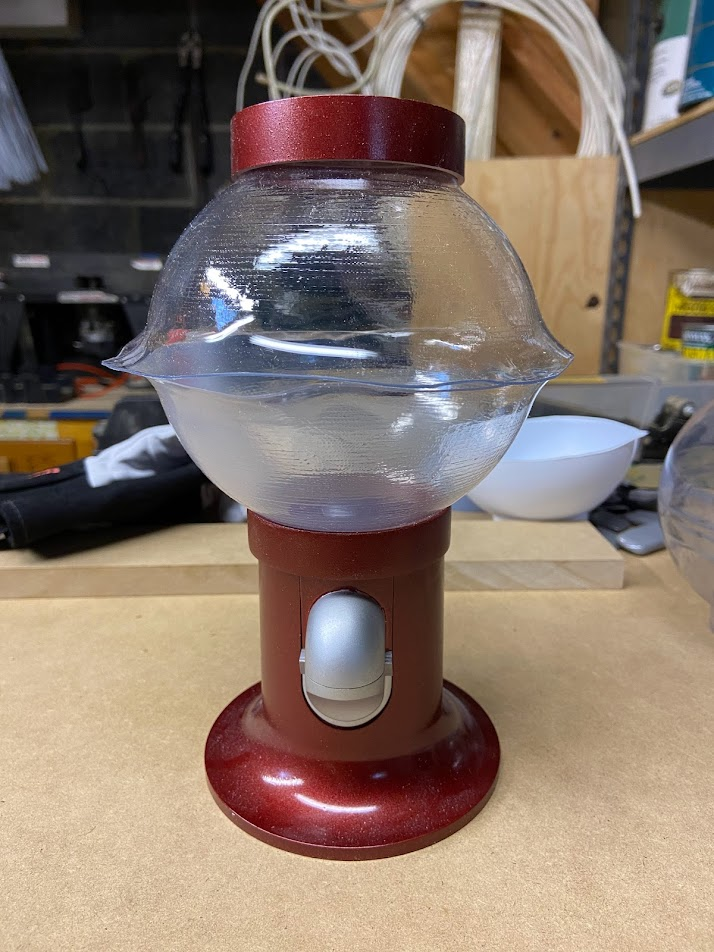 I ran into an issue where I guess I heated the petg up too much and it started to turn white. The next pull I didn't let it droop as much and it stayed clear but it didn't pull into the edges as well. I'll figure it out eventually. I think I probably need to add a piece under the buck to raise it up a cm or two to combat that and maybe make a jig to cut it out evenly. (edit: It turns out that the plastic I bought on Amazon is Acrylic instead of PETG so that could be the cause of my problems with it. Guess I should have read the reviews. Got some actual PETG on order now. Just glad it turned out to be acrylic and not PVC or something that'll kill me when it heats up.) 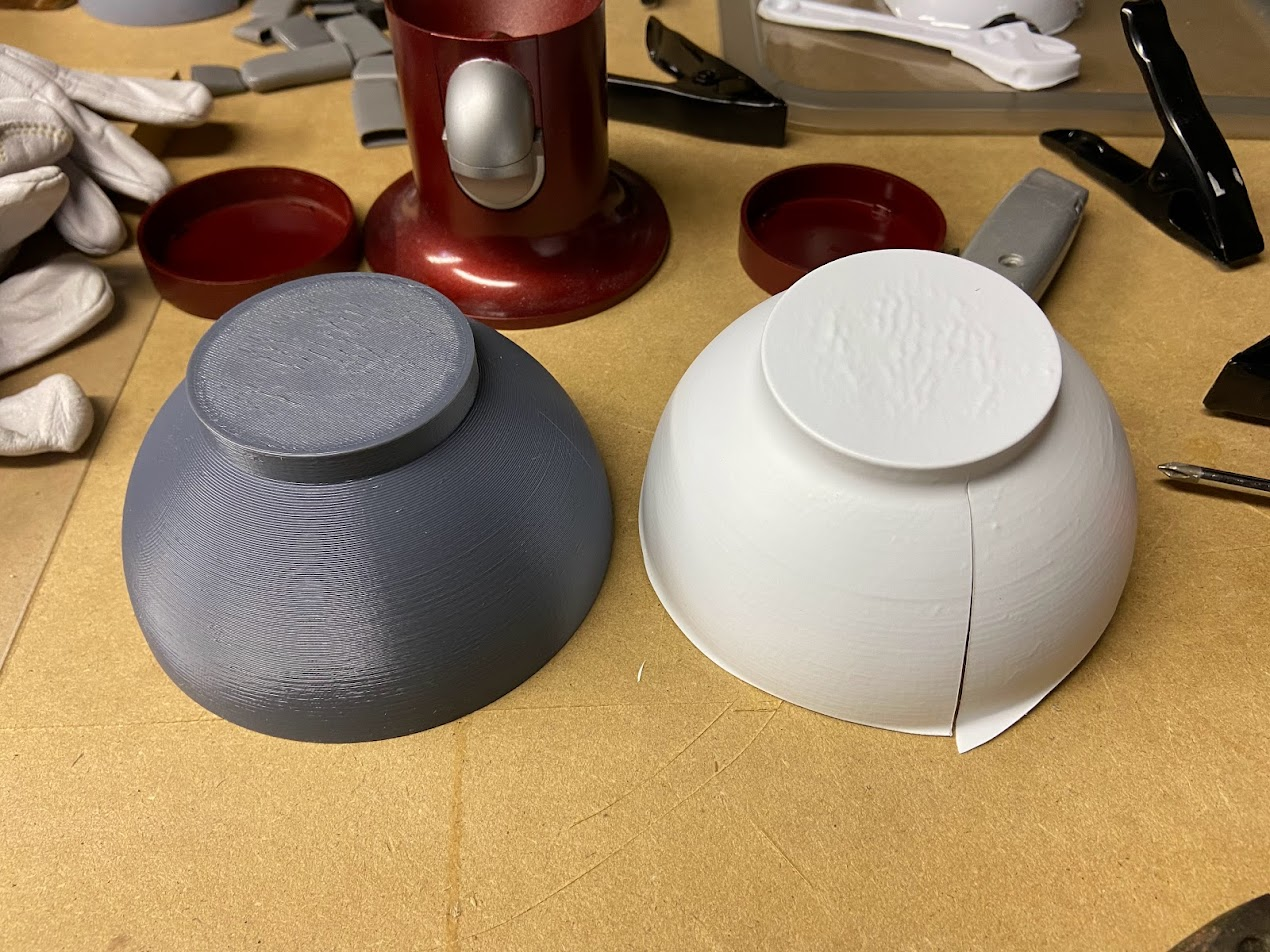 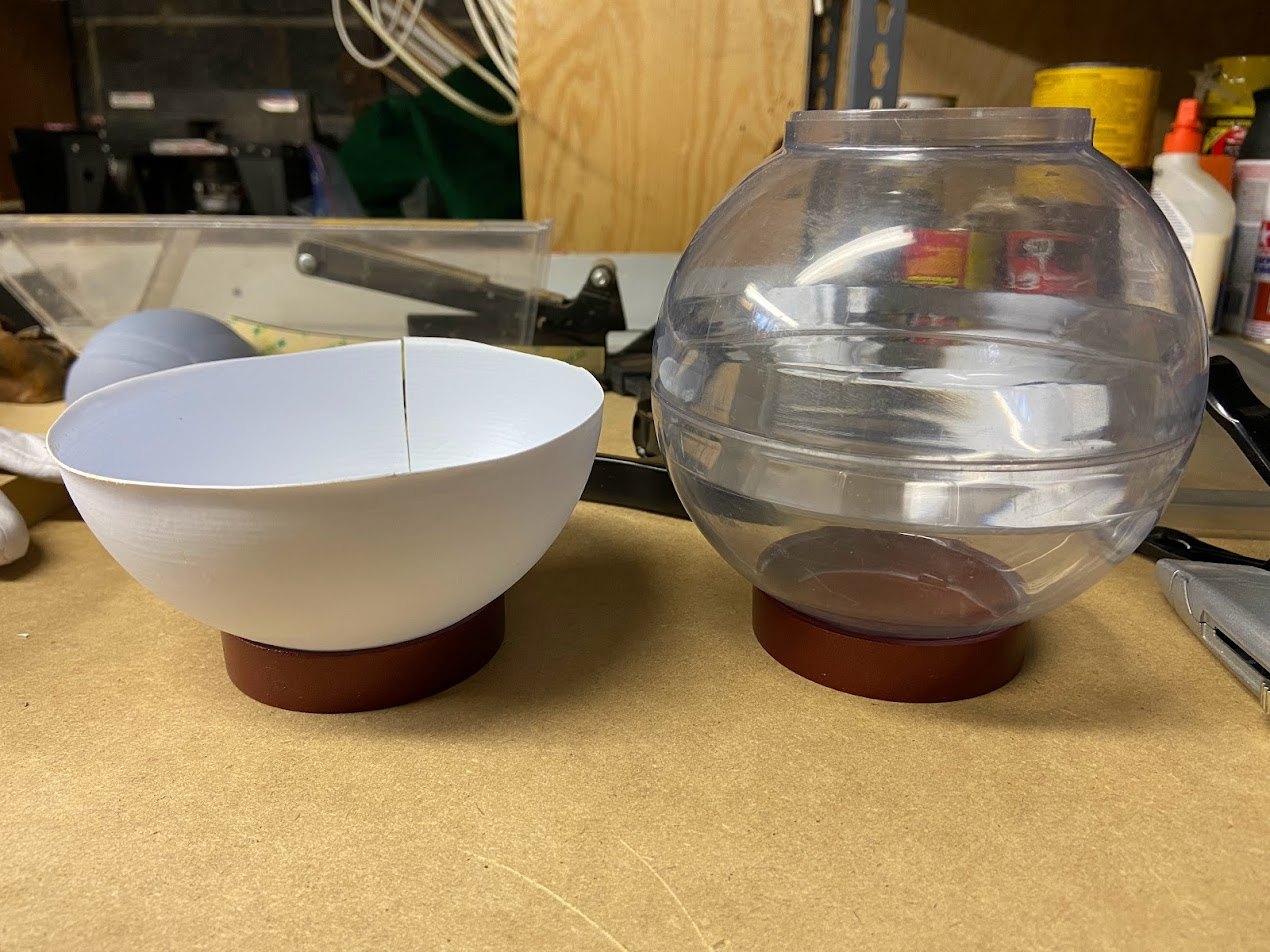 Another issue I ran into with the styrene was not being able to get the part out without cutting but from videos I've seen it might be something I'll just run into sometimes or I need to put some kind of release agent on it.

Still so much more to learn and do but I'm really excited for the potential this brings.
Last edited: May 8, 2022