Didn't see a thread for this....so......
I read that some movie theaters are trying to softly reopen, and in doing so, they are showing older movies.
I checked the nearest theater to me, and starting July 3rd, they will have a few new movies, but are showing Blade Runner Final Cut, The Matrix, Austin Powers, Space Jam, Back to the Future, Ghostbusters, and Jaws.
Each one only has like 2 showings per day, but just the thought of some of these older movies is really awesome.
I've never seen Back the future in a theater before....that might just have to change.
I think this is a tread theaters should always keep up with even after things get back to normal......if they ever do.......

Other theaters in the area are showing other older movies. Best part of this virus so far.

RPF PREMIUM MEMBER
Have you heard about Fathom Events? Every week they broadcast classic movies to theaters nationwide. They're the ONLY reason I still go to the movies. I've been able to watch just about every movie I never got to see in a theater including some of those you listed: Blade Runner, Back to the Future, Ghostbusters, Jaws.
Last edited: Jun 22, 2020

Ron said:
Have you heard about Fathom Events? Every week they broadcast classic movies to theaters nationwide. They're the ONLY reason I still go to the movies. I've been able to watch just about every movie I never got to see in a theater including some of those you listed: Blade Runner, Back to the Future, Ghostbusters, Jaws.
Click to expand...

I have not but will have to check it out.
Funny how some of those movies have such a lasting impression where most movies today come and go and that's it. Maybe it's just me, but it's like the most remembered movies ended in the 90s with maybe a few exceptions. Of all these Marvel movies, I still enjoy the first Ironman the most....maybe because it was simpler then.

RPF PREMIUM MEMBER
Yeah there's definitely something movies had before that's missing in movies today. And I feel the same way about the first Iron Man. It's the only one I ever go back to and watch again. Most of the others I've watched once and that was enough. I think you're right, it was simpler plus it was its own thing. Didn't need the rest of the MCU to make it relevant.

JediMichael said:
Maybe it's just me, but it's like the most remembered movies ended in the 90s with maybe a few exceptions.
Click to expand...

That's when everything started to suck I can only hope that folks go to see these older films and realize how much better they are, and reject the current ones when they start coming out. It may be the renaissance we need.

OMG - thanks for posting this info. I just checked my local lounge-seating theater and they have BTTF, Austin Powers, Matrix, Jaws, and Blade Runner. Now I have to go see them all.

So they are saying this virus is coming back strong again....so hoping they don't decide to keep the theaters closed before they even show any of these old movies.

Raiders is going to be playing near mine, and I’m hoping to see Empire at least once in my life in theatres. Thanks for the heads up!

I've only seen the Special Editions once back in 97. None of the theaters are playing any of the Star Wars movies it seems......Oh Disney....why do you have to be such nazis......

While I'm sure a lot of theaters have switched to a digital format by now, I'm sure some still play it off film I would think.
I quit working at a Regal in 2006, we had 22 screens and all of them were still film. During the summer they would show kids films. They once got an old Yogi the Bear film that kept breaking. So I got to be the one to watch it and tell projection when if broke again. Good times.
But with that in mind, I wonder if any of these old movies that are still shown on film will have this problem. Stuff gets a bit brittle after so many years.

RPF PREMIUM MEMBER
Aditrap you may got your shot. Just saw this post from Regal with this picture:

"On July 10, we are bringing back some of your favorites. Check back soon for more info." 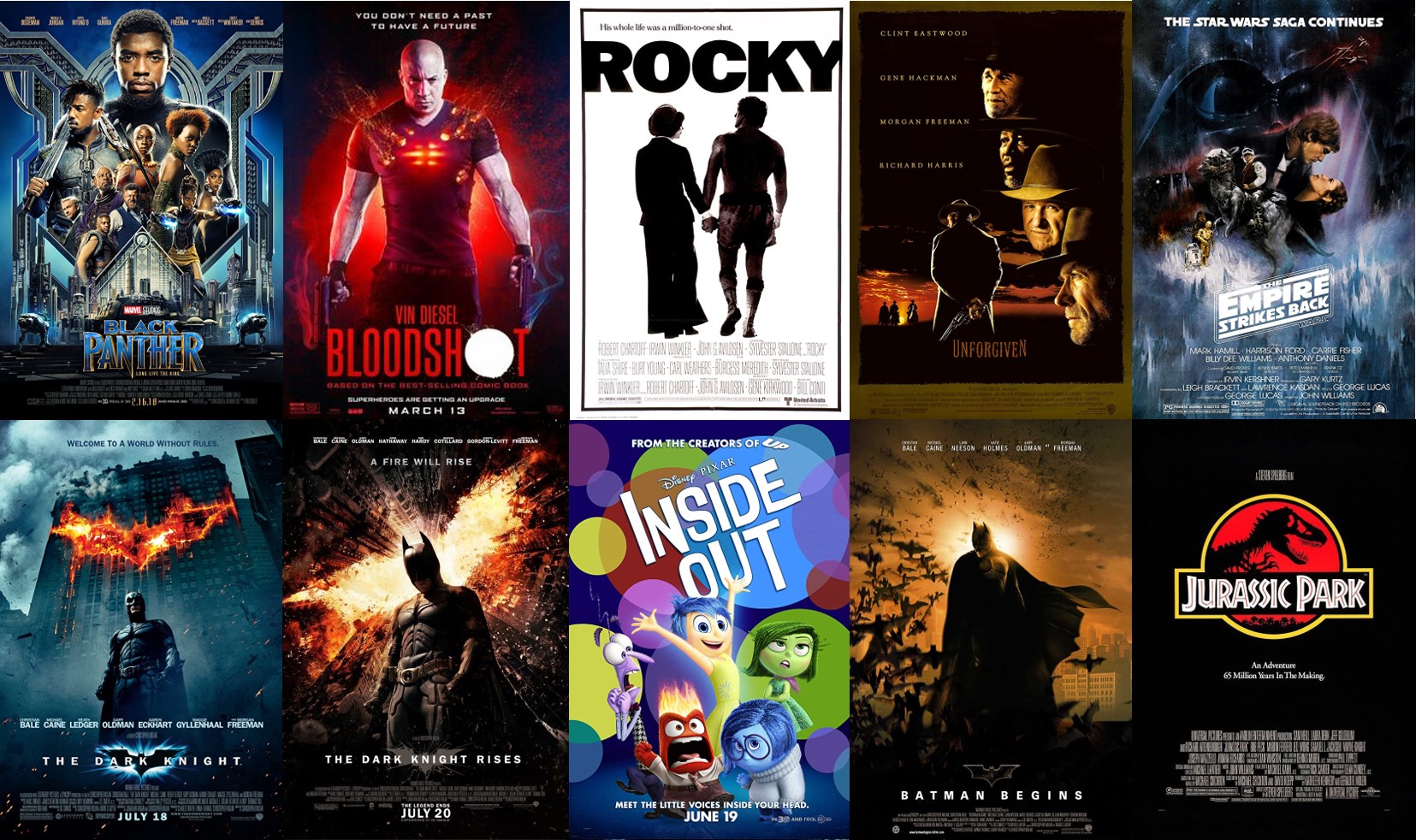 Ron said:
Aditrap you may got your shot. Just saw this post from Regal with this picture:

"On July 10, we are bringing back some of your favorites. Check back soon for more info."

Oh wow, that's one way to get customers flowing in again. I'll keep an eye out for my local Regal then, thanks!
L

The Drive Inn near my house is playing Ferris Bueller this weekend and my local movies "Reading Cinemas" is going to play Ghostbusters and the Dark Knight Trilogy.

RPF PREMIUM MEMBER
With social distancing and fear of germ spread becoming the new norm, Central Florida announced that they are going to be building a new drive in theater. They are saying it will be the largest one ever built with five screens all projected from a lighthouse tower.

The Lighthouse 5, as it will be dubbed, would dedicate two to three screens to new Hollywood releases, two screens for old throwbacks films, and one screen for indie films. So any time you feel like a nostalgic movie, you will have the option. 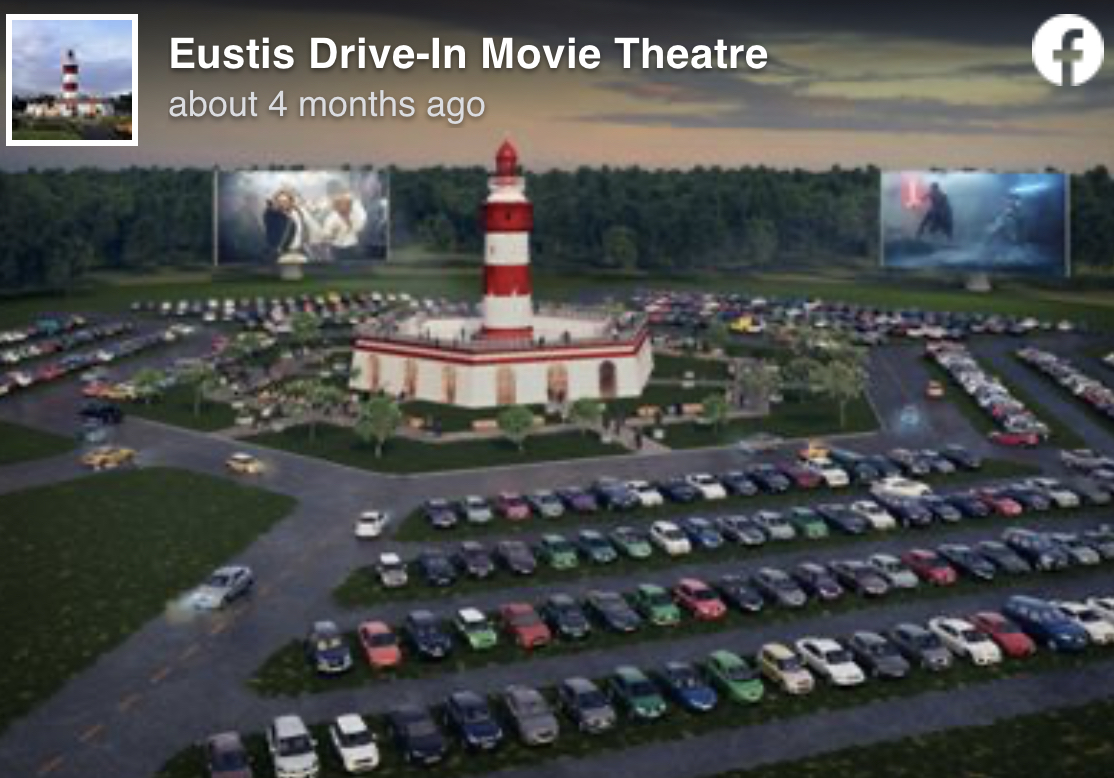 I'm going to have to check out some of the theaters in my area.

This thread is making me feel really old when I read some of the comments about never having seen some of these movies in the theater while I saw all of the original SW trilogy along with the Raiders trilogy during their first runs and usually with the 70mm widescreen and surround sound. I still remember the first time I saw Star Wars Episode 4, it was NOT called A New Hope back then, and when the Star Destroyer comes from the top of the screen at the beginning you heard the sound of it like it was coming straight over your head and then moving in front of you.

RPF PREMIUM MEMBER
Jurassic Park was No.1 at the box office this last weekend. 27 years later.

RPF PREMIUM MEMBER
Reportedly, The Empire Strikes Back is only playing in theaters in the UK, starting on July 4th.

StevenBills said:
Jurassic Park was No.1 at the box office this last weekend. 27 years later.

Fitting, that's the last movie I thoroughly enjoyed. Everything I've seen since has been lacking in some fundamental way.

Theres a handful of movies that I liked in the 90s. Just off the top of my head, I did enjoy Independence Day. I thought it was a fun movie with a really great score. Sure, theres some pretty cheesy parts that could have been thought out better, I had more to it than a lot out there. And its use of well made models in a time when that was becoming nonexistent.

I also did enjoy the Matrix, which has become quite overrated in a lot of peoples eyes.....maybe too many other people coping bullet time and like wise effects. But at the time, many of us were all in Star Wars mode waiting for Phantom Menace.....I think Matrix caught us off guard.
All I knew was that it was about a super computer trying to kill humans.....basically sure, but much deeper. Although the sequels maybe went too deep.

The theater close by is playing Matrix as well, I might go see that again in the theater as its been now over 21 years.
Its just funny how most movies I don't even bother seeing in the theater today, so theres only those few old ones worth it.

Speaking of the theater, I was in the closet looking for something the other day and I saw my old uniform from 14 years ago hanging still my my name tag. Sure, I've gained weight, but it basically still fit, but I wouldn't want to wear it for 8 hours or anything. 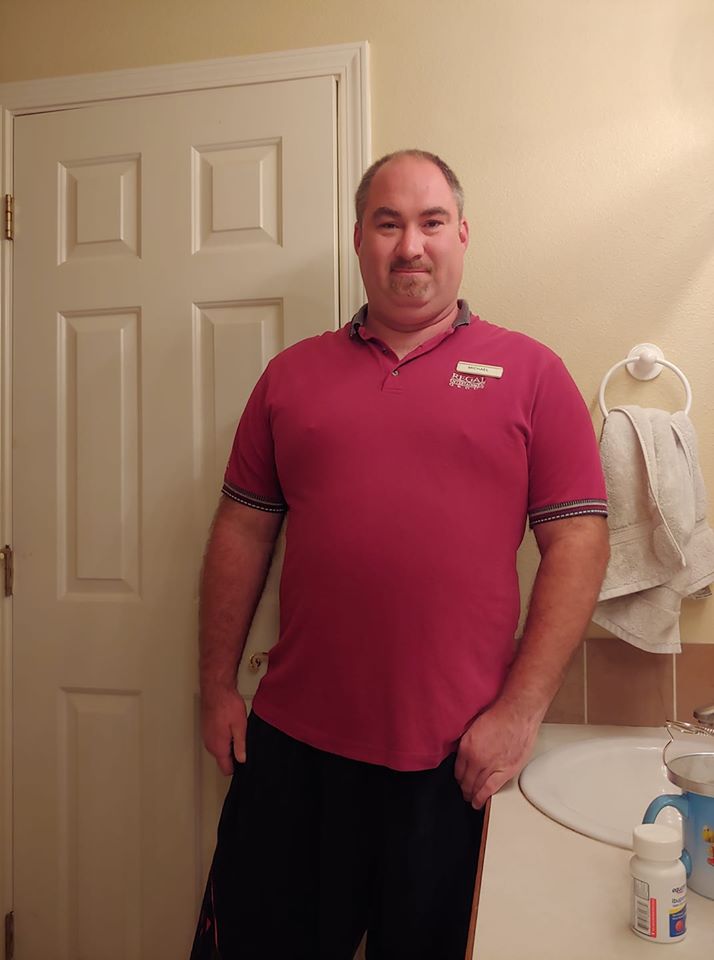 I also had found this check I got on September 1st, 1998. I was close to hitting 6 months there. But, still being in high school, I didn't get many hours and really only worked the weekends. I came in on Friday night, clocked in, then a manager tells me that corporate has decided to try and cut hours so they were only allowed to have 6 ushers at once. (And this was with 22 screen and 2 ticket takers) So I got sent home after about 3 mins on the clock.....the next week I didn't get any hours. This was my check for that 2 weeks. As you can see, I never cashed it.
I should take it to the bank now and see how far they get.....