So this is a project that started about a year ago when I started designing the plans and buying parts but it never really gained much ground until recently.

The plans were initially done in AutoCAD where I a top look for the overall wand and then some elevations of the central box so I could print them out to use as drill patterns. 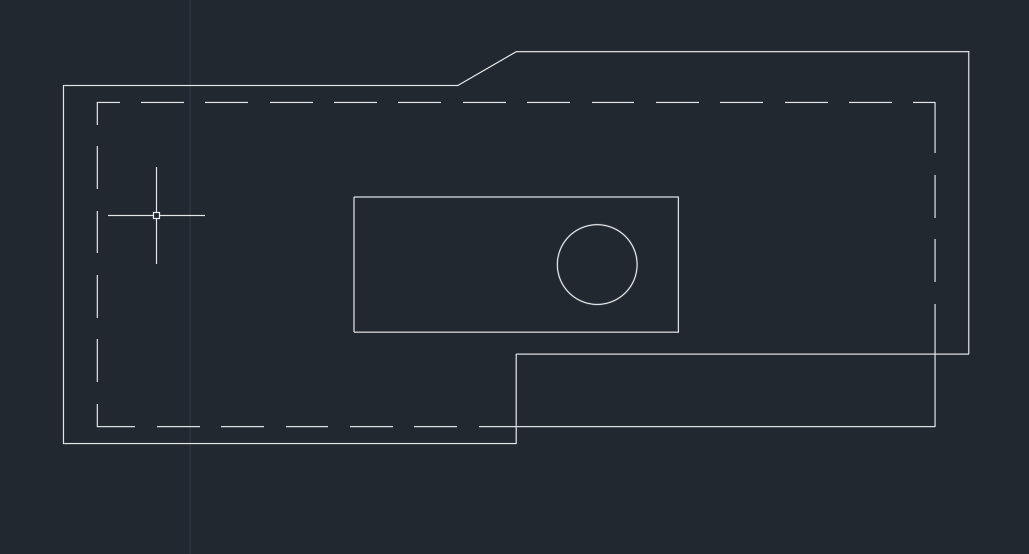 Work began in earnest this year when I started actual assembly. The first thing I did was cut out the side panels from 1/8" Styrene. This was a huge pain in the ass because I did it using an xacto knife and the stuff was way harder to cut than I was expecting. I eventually got the pieces cut, drilled and sanded so they're close enough.

The central box was a 4.5" x 3.5" x 2.2" project box and the entire build was built around that. I drilled the matching holes for the side panels into the box and then cut out the big hole on top for the main switch. 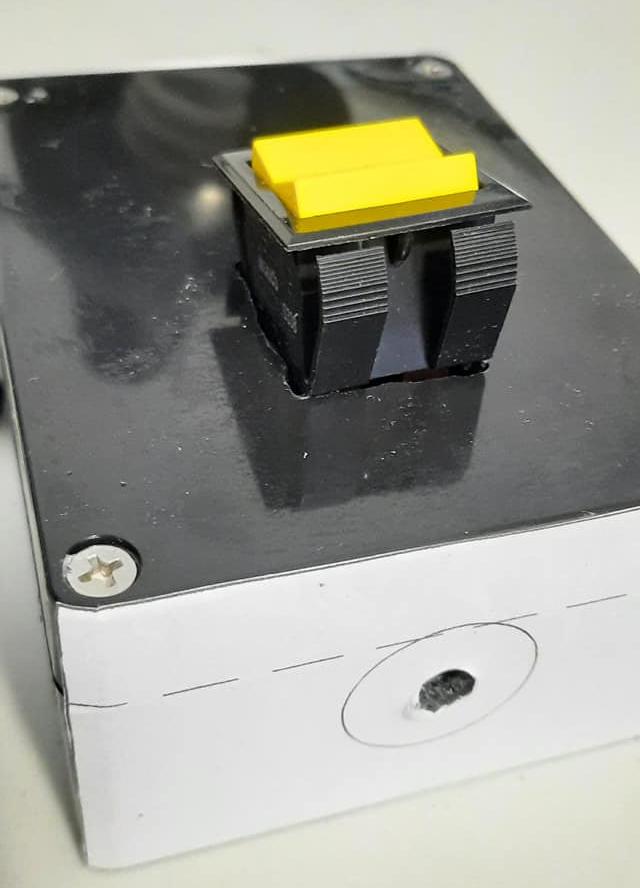 Then the holes were drilled out for the central pipe which is 3/4" PVC conduit.

Spent today getting the paint coat done on all the pieces that need it. Gonna try and get the first coat of clear on sometime this weekend while I'm waiting for my labels to get here. Then once I get those put on, I'll add another couple coats of clear.

I hoped to get the wand all assembled last night but ran into some issues when I accidentally cracked one of the small project boxes trying to rivet it to the side panel. This also led to the rivet being stuck in place which caused more problems.

It took a bit of work but using some nippers, I managed to get the rivet removed. All the damage to the side panel is going to be hidden since its connected towards the central box. Once I got the rivet removed, I managed to get the side box with two switches installed this morning using some spare parts. The two side panels were then rivetted into place onto the main box.

I feel comfortable saying this is like 90% done, maybe 95% if I'm generous, but I feel comfortable posting it regardless. I'm really happy with how its come together, and I cant wait to get it attached to the pack itself.

Stuff still left to do:
1) Still waiting on side knob and replacement front grip to arrive in the mail.
2) Need to install wire wrap around front grip.
3) Need to finish the tip of the clear tube. I have a 3D printed part that's going to take some work.
4) Looks a little plain still. Need to do some more weathering and apply labels.
5) Need to paint the light on the main box red.
6) Need to find and install a V-Hook solution. Options in Canada seem to be limited with even 3D printed options costing almost $50 in shipping alone.

And here's a size comparison with the Matty Thrower.

Only a small update for today. I bought a coiled aux cable at the local dollar store and drilled a couple holes in the wand. I cut the ends off the Aux cable and fed it into the holes wrapping the cable around the front grip. This will eventually be held down with a zip tie but I think it looks pretty awesome.

I know the cord that goes around the front grip would probably be better as a split tubing or something else a little more robust but the coiled look of the aux cable looks fine to me and I really like it.
P 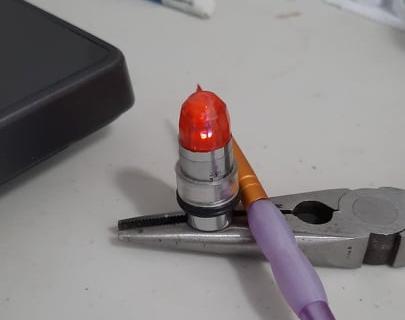 I also commissioned a friend of mine to 3D print some Legris banjo fittings and a trigger tip. These were sanded and then painted using gundam markers. I drilled a hole into the wand and then used a power screw driver to tap the holes using the screw I was going to use and now they're held in place and threaded into place.

My replacement front grips finally came in and I drilled a couple holes to add the coiled wire around the front grip. Once everything is finished, I'll zip tie these places into place.

Finally I bought a garden hose fitting at Home Depot and used friction tape to pressure fit it into the read of the wand and this is how I'll attach the wand to the proton pack eventually.

Still waiting on the last knob to show up. I have to get the labels all added and then hit the whole thing with some more clear satin. And finally I'm in the works of trying to figure out how to add the electronics still. Its slow going, but its coming along. Working with a few friends to figure out what I need to do to actually wire it up. Gonna need to bite the bullet and buy some electronics gear soon which is something I've wanted to get into for awhile.
R

I'll just dump the final pictures here now. Stickers added. Still a bit more to do, but cosmetically, this is pretty much there.

P
Gizmo from the My science project movie
6 7 8