I've seen plenty of Discovery XD-1 builds out there, but haven't seen a 2010 version, so here's mine! 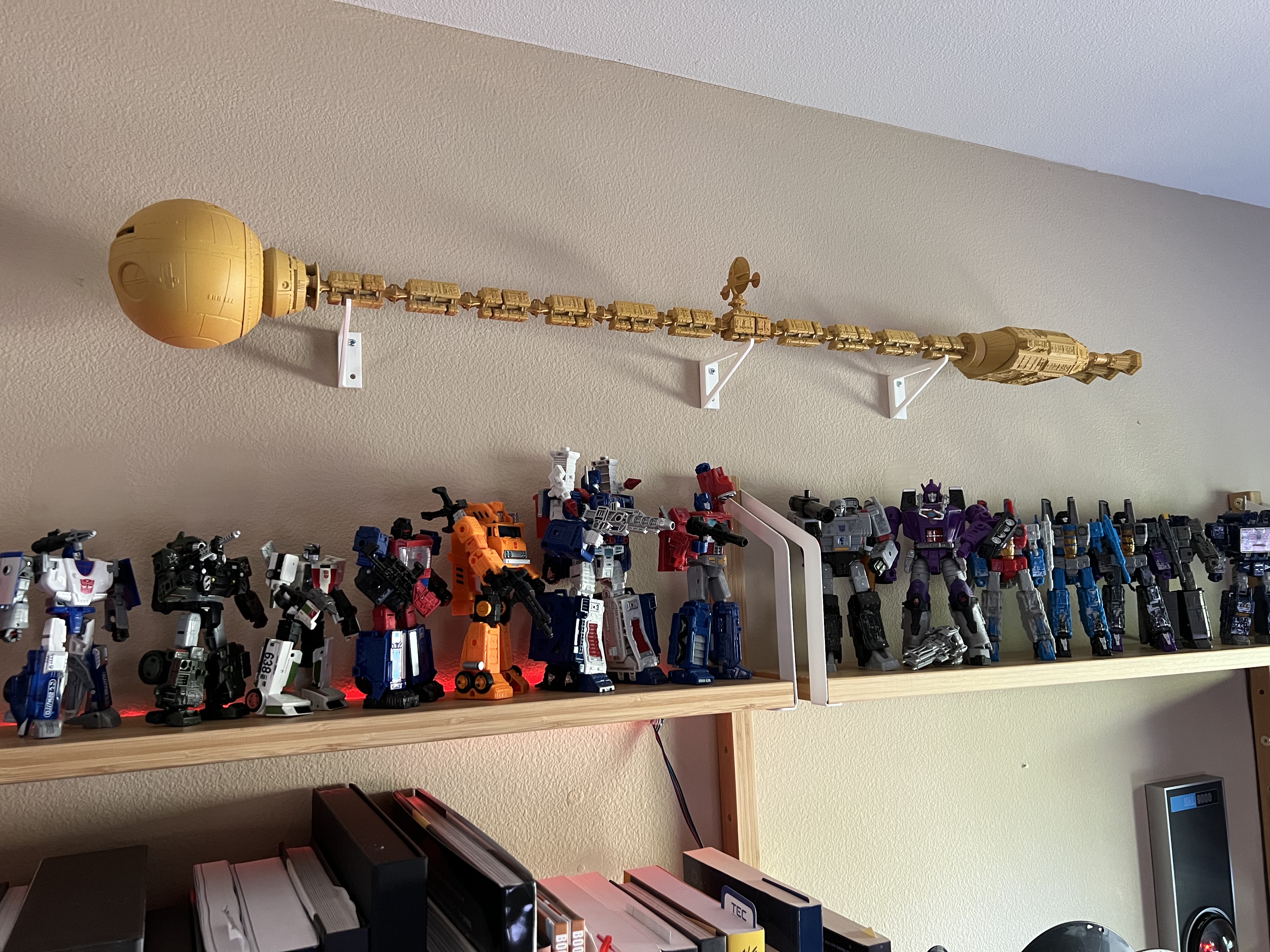 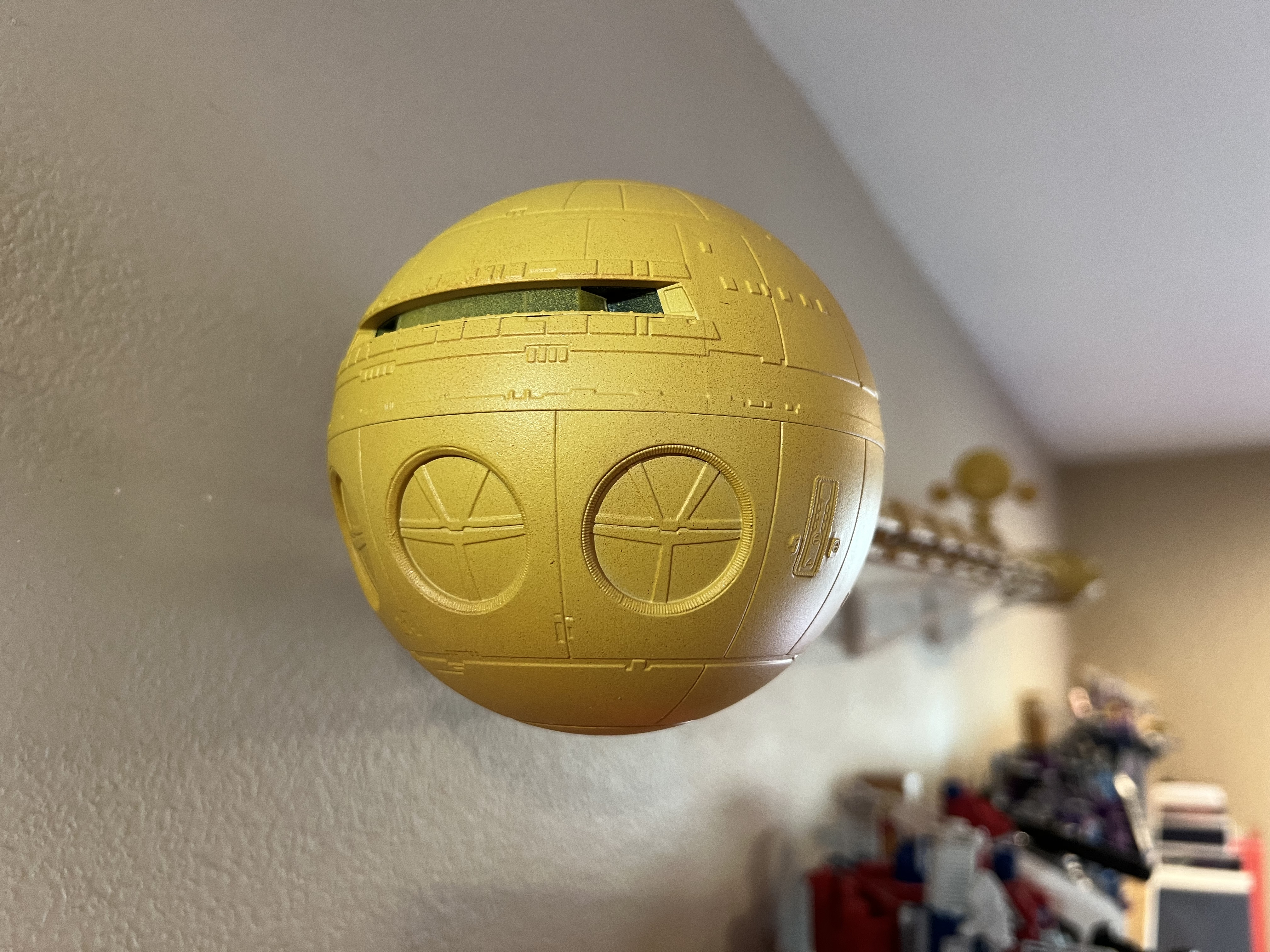 Backstory: in the movie 2010, the Discovery is in a decaying orbit around Io, one of the moons of Jupiter. This moon has all kinds of volcanic activity and spews sulfur into the atmosphere and beyond. The Discovery ends up being coated in sulfur after 9 years. When the crew of the Leonov first fits the ship, it's spinning end over end (the bearings in the centrifuge went bad and the momentum was transferred to the ship itself). The image of that ship slowly rotating in space and the astronauts making their way to the shop to try and stop it was etched in my brain when I saw it at ~6 years old in 1984!

Everything was first primed in white, then a full coat of Rust-oleum Sand. Next was Rust-oleum Tuscan Sun, sort of blending it into the Sand until there was 80% coverage or so. Finally just a tiny spritz of Tamiya Dull Red. Finally a matte spray covering everything. I would have loved to use Tamiya for the whole thing, but would have ended up spending a fortune! I think I got the color pretty close, although it changes from scene to scene in the movie and also in my house depending on the lighting:

I got the photoetch kits for the cockpit and pod bay, but it's mounted pretty high up on a wall and you'd never be able to see them (plus the windshield itself is also covered in sulfur and obscures the view). I did use the photoetch airlock door and controls though (visible in the last photo at lower right).

I've got it mounted up pretty high on a wall and could use some better lighting on it! I make some custom 3D printed mounting brackets. I'm thinking of painting those to match as they're pretty obvious in bright white.
Last edited: Jun 27, 2022