So there's a guy on eBay with this Johnnie Walker Blade Runner bottle and he wants a thousand Euros for it. Way too rich for my blood but if I suddenly had an inheritance or something, how would I know this is legit? I heard Johnnie Walker made some Blade Runner bottles for the release of the original film and I'm guessing this is one of them?
Anyone an expert in these that can identify if it's a fake?
I won't post to the original auction cuz I know that's against the rules but the seller's name is cedricmarie0 and the listing is just "blade runner prop" 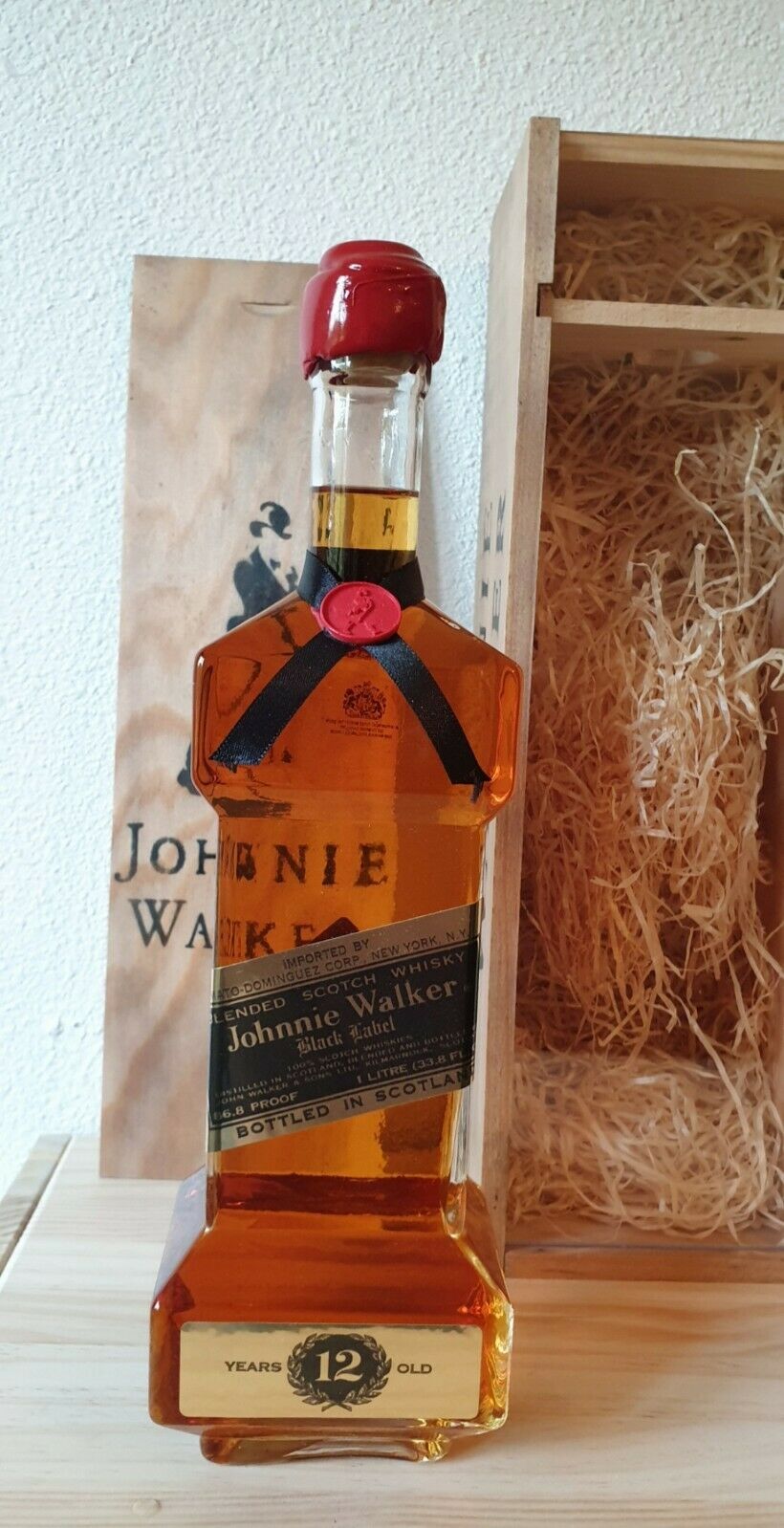 RPF PREMIUM MEMBER
Is it leaning to one side or is it my eyes playing tricks?can't find it on ebay to see more info and pics.may have been taken down because it has whisky in it.

RPF PREMIUM MEMBER
No, Johnnie Walker didn't have anything to do with the bottles used in the original film. I believe they were created by the studio as the same bottle was also used in ‘Annie’ which was being made on the same studio lot around the same time (for various reasons due to the way it is handled by the child in this scene the bottle in the picture below may be plastic although the bottle opened by Captain Bryant in Blade Runner is definitely glass). 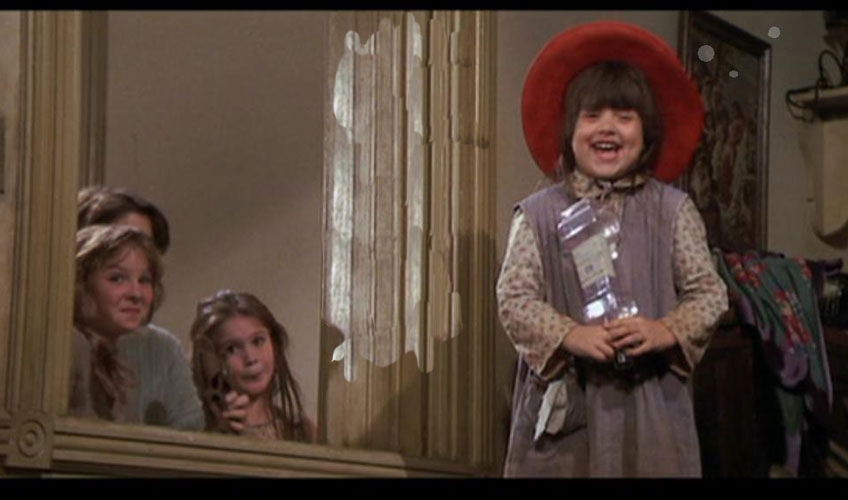 The one on ebay looks like one from the Sarednab run from three years ago here on the rpf. The seller has added the wood box and a big glob of wax but it's definitely not an original 'vintage' piece by any means. The labels are also a give-away as details such as "Imported by Shimato-Dominguez" were made up by Joe Daniel, who did the first run of replicas, back in (I think) 2014/2015 as a joke.

If I remember right the Sarednab bottles were sold on the rpf run for $340 each but Cedric is asking a thousand euros!! He's taking the mick! I seem to remember Sarednab sold off a few ‘less-than-perfect’ bottles at the end of the run which were not standing straight so this may even be one of the ‘seconds’ from that run, which makes his asking price even more outrageous!
Last edited: Oct 21, 2020

The bottle(s) used in BR is/are, in fact, a found object...problem was/is that no set designer nor prop maker has been found to tell us where that bottle was found. Second: from that bottle, a vacu-form was made to build additional plastic bottles. You can guess it`s the plastic ones because they never succeeded at making a perfect seam...hence, all of those plastic bottles were leaking and therefore were always empty on set.
M

Great info userd! Luckily I was one of the lucky ones who got sarednab's bottle a couple of years ago and I love it! Mine is the lesser quality but honestly it's perfect in my opinion and I use it all the time! But thank you for the details, my thousand euros are safe.

joberg said:
Excellent and now you`ll need one of those expensive BR glasses to go with those bottles
Click to expand...

RPF PREMIUM MEMBER
Wow. Lots of wild speculation.
At the end of the day NOBODY knows ANYTHING about the original bottle.
It was a found item? Prove it.
It was made for production? Prove it.
Face it boys. You don’t really know, do you? Nobody does.
Until somebody provides proof, NOBODY knows.

Funky said:
Wow. Lots of wild speculation.
At the end of the day NOBODY knows ANYTHING about the original bottle.
It was a found item? Prove it.
It was made for production? Prove it.
Face it boys. You don’t really know, do you? Nobody does.
Until somebody provides proof, NOBODY knows.
Click to expand...

Well, it's a bit like the story about the gun. Imagine...ONE hero weapon on the set for the entire principal photography. Anybody who've worked on set knows that just having the hero in almost every scene and that one take showing it fall on the ground, no less (not the rubber one that was used through -the- wall - scene). What if that gun was damaged during filming? Insane I say, insane. My theory, is that the prop master found that bottle somewhere (and it's the habit of these guys to try to find stuff, either locally or during trips, vacation, etc) had it in his possession and displayed it, with other types of bottles, to Ridley. I think (again my theory) the prop master had a problem i.e.: he had just ONE bottle available and that makes the situation on set crappy with just one hero handled many times by the actor. Solution? Make molds of that bottle: problem #2 leakage! I think that, no matter how they tried, the seams were never good enough, in those plastic repros to hold any liquid...hence the empties placed around Deck's apt. So, like the hero gun (1 hero prop) we had the same problem with the bottle (1 hero prop) and a very nervous crew...my two cents

So Deckard's bottle was NOT just an early 80's JW bottle? Wow, I guess that's one thing I didn't even bother to research. I guess I can save time searching on ebay for one.

Yep, some Propsummit member even contacted JW and ask if it would be possible to do a replica, since by then the movie was a cult movie...the answer was NO, of course. They were smart to do it for the second BR though

Would've been even smarter to make it more available. I couldn't even get it shipped to my state. (*sigh*)

I thought JW released a limited run of crystal bottles back in 1982? What's this advert for? I was thinking this eBay listing was maybe trying to be one of these? 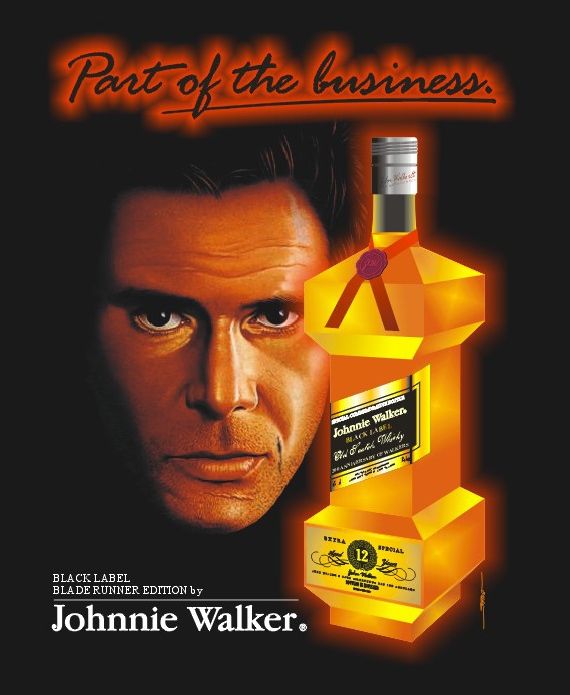 Advert is a Fan creation I thought.

Well, as the guy that brought the first US produced bottle to PropSummit back in 2008 I can tell you a few things about it.

B
Blade Runner PKD and variants