Was asked to make a data pad for a Mass Effect fan film, so I tried something new with it (new at least for me lol). I'd made something similar before, with a personal terminal from the series for the delayed Embrace Eternity film, so I thought this would be a great little prop to put together.

Sadly, the ones wanting me to make the data pad cancelled, but I decided to make one anyway!

Since this one requires a certain bit of preciseness that I don't have quite yet, I decided to have it laser cut. I originally also decided on this method due to the sheer amount of other things the fan film people wanted me to make, so that I could have it going through that process while I worked on the other pile o' shtuff. So, I made a blueprint as I do with most of my builds now, then adapted it for laser cutting for the wonderful people at Ponoko! 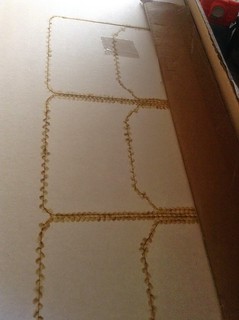 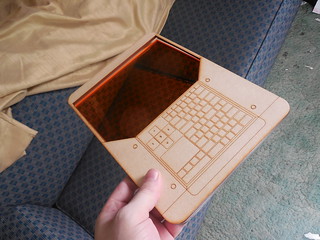 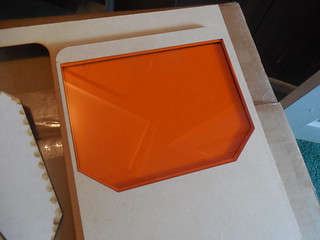 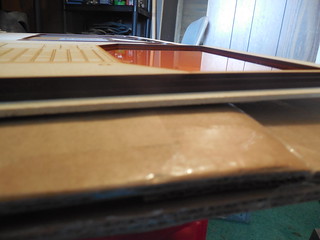 I opted for three layers on this, out of MDF for the body and orange acrylic for the screen. Each layer is 1/8" thick. You can see in the third picture that the middle layer is inset a bit around the screen, so that the acrylic will sit in nicely between the front and back. And, thanks to the wonders of lasers, the fit is perfectly snug! Have to admit, pulling it out of the box drew some maniacal giggling from me. It looked soooo cool! After the bout of giggling I pulled everything out, checked it all over (all pieces exactly as ordered), and started taping. 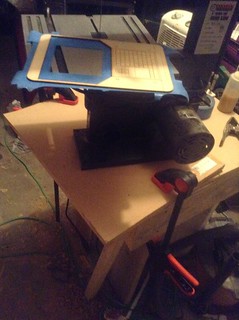 I glued together the back and middle sections using good old Titebond. While that was setting I taped up the inside of the front so that it wouldn't get painted on. Since this first one is a prototype, I'm trying out a couple things beforehand, to see which options work and which don't. In retrospect, I might as well have glued everything together, leaving the protective covering on the acrylic to protect it from the paints, but that'll be something for next time! You can see the front layer taped up here, and the other two are under the clamped board, with my trusty band saw on top to add pressure in the middle. Once that was glued, I taped up the inside of that as well, and started painting! 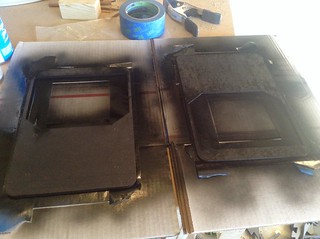 Generic black primer for the base coat. Thankfully I didn't have to seal the sides of the MDF sheets, as the laser had already done that for me. The primer did seep into the faces a bit in spots though, so I'll need to make sure to sand and seal them next time as well. 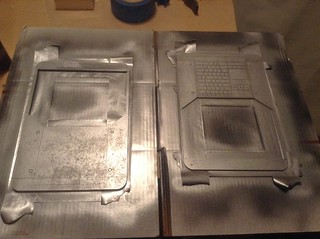 Next came silver. You can see where the paint sunk in better here, despite the potato quality picture. Once the silver set, I started taping off for the dark grey sections. This part was fun! Normally it's hard to make sure the tape is in just the right place and won't allow the paint to seep under. Thanks to the etched lines and such, it was a simple thing to throw on the tape, then take an xacto knife through the etchings and cut away any excess tape. 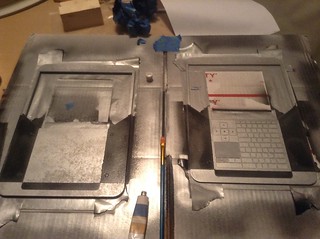 Once again, in hindsight I should have done the same for the buttons, tedious as it would have been, but I opted to just use the etched lines as guides and hand-painted a white acrylic onto them. Would have been better if I sprayed, or used a better quality paint, because you can barely see it. Wasn't comfortable using the white spray can I had though, since it's super watery and every other time I've used it it finds ways under the tape no matter how light a coat I use. Still, not too bad though.

Once the clear coat was done, I installed the acrylic screen, laid down some wax paper to protect the paint job, aligned the layers as evenly as I could, and glued the last of them together. Same deal as before: big board clamped down, and this time enlisted the help of my belt sander (read: it was closer than the band saw). 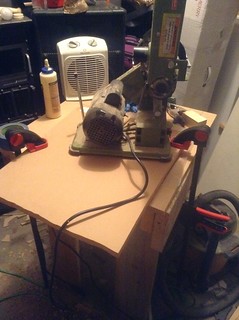 And with that the prototype data pad is complete! Like I said earlier I'll most likely do future ones all fully assembled before I start painting them, so that there are no gaps in the paint and the sides are as even as possible. The laser cut edges were flush before assembly, and, try as I might, did not end up so upon completion. I'll probably also work out an etched screen, maybe a side-mount LED with a removable faceplate for battery access. We'll see!

For now, enjoy the final shots of this prototype! 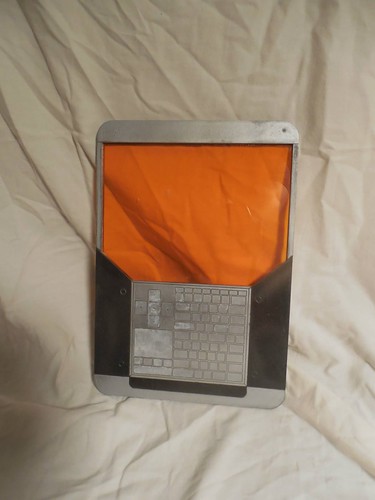 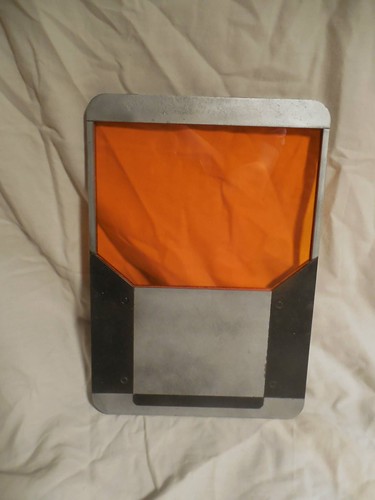 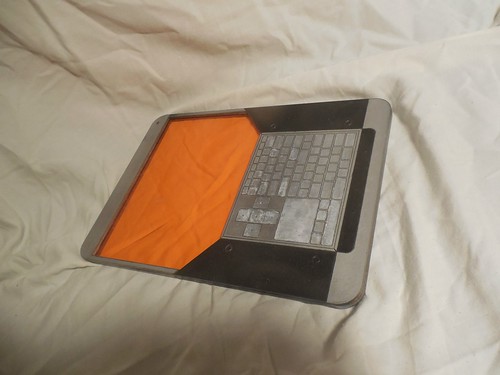 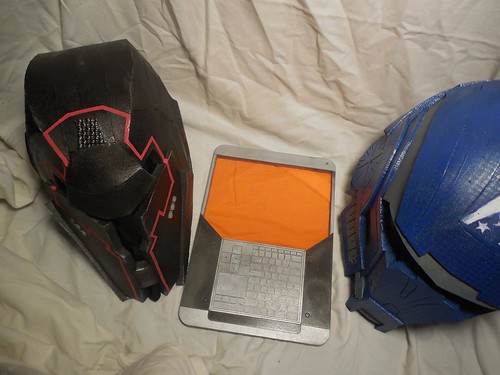