So I had the amazing opportunity to partner up with a team made up of Florida makers to build a costume for Magic Wheelchair. After meeting with the family and learning about the young man, Alex, we settled on a Bumblebee themed design inspired by the recent Transformers movie of the same name. Alex is sixteen and cannot speak, but loves to play music and really enjoyed the Bumblebee movie. The synergy made so much sense. The project is already complete and we presented it to Alex and his parents this past Saturday. It was a huge hit. I thought I would share it and the build process with the RPF community.

Here are a couple of pictures of the Bumblebee head, chair, and Alex and I together.

For anyone that is interested in how to go about doing a Magic Wheelchair, we began by teaming up with the Magic Wheelchair organization and finding a child in our area. Alex was about to age out of the program so I am happy that we could get this done for him. The deadline was tight, only three weeks, because there was an accessibility conference, ATIA, happening here in Orlando that they wanted to reveal the final project at.

So I took some pictures of the chair and some critical measurements. We couldn't get access to the chair again, nor could we get a spare chair, so we built a PVC mock-up.

I also knew that with the short time we would benefit by using existing items where possible. So we immediately ordered a Bumblebee mask that was way better than we could have hoped. It even had LED lights in the eyes and a speaker with pre-loaded sound effects. They would be getting a major upgrade, but they were a great start.

How did you go about making Bumblebee's front end? Looks amazing!

I knew that with the tight time-frame, the best bet was to try to use as much existing things as possible and basically kit-bash as much as possible. So I purchased, got donated, and scrounged several power wheels. You can see the raw elements in the pictures. 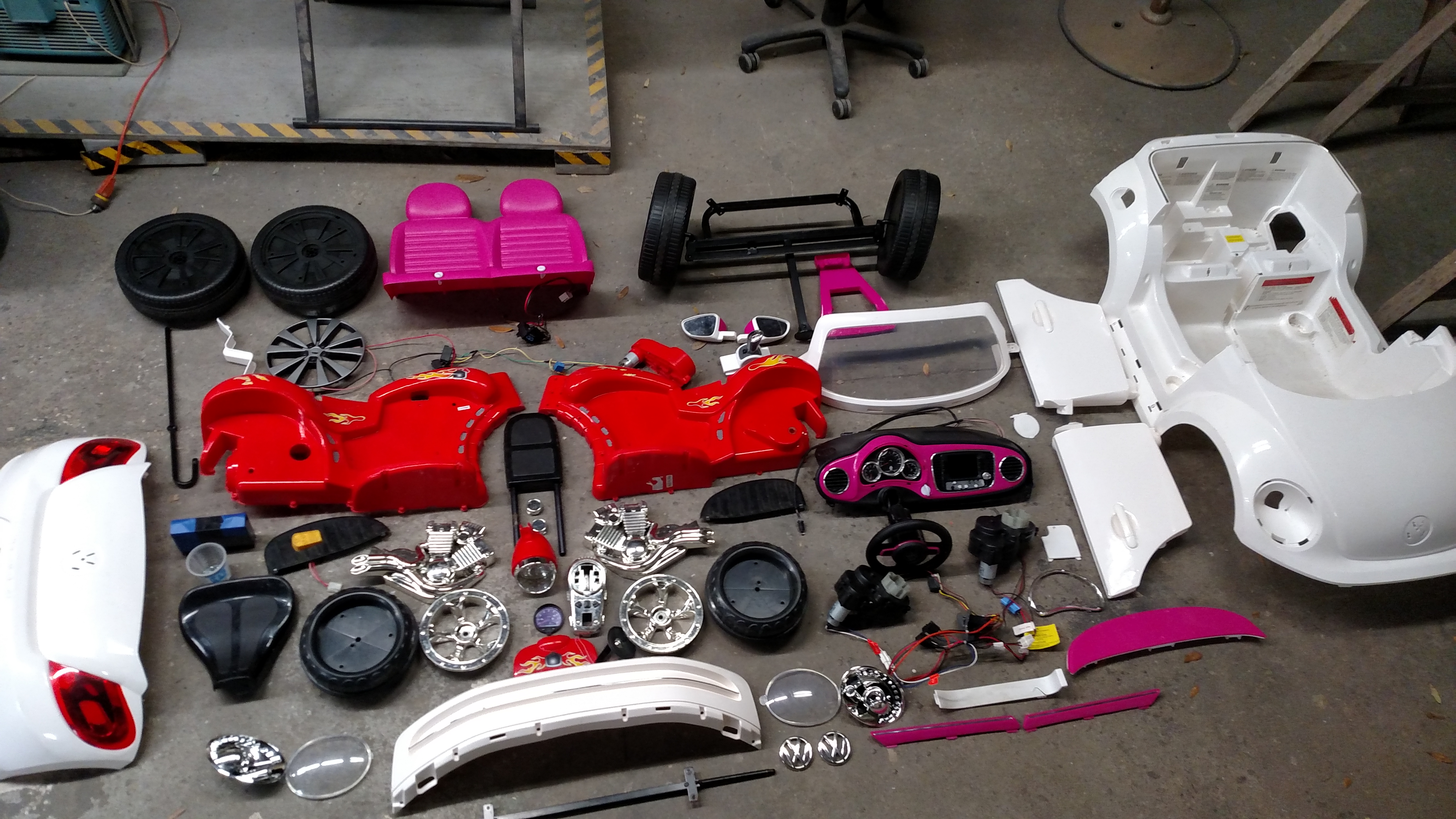 I made the hood sections by using the front and back hood off a power wheels. I then cut out a shape using some expanded PVC sheeting (Sintra) and I glued and screwed it on. I didn't have time to do any body filling. 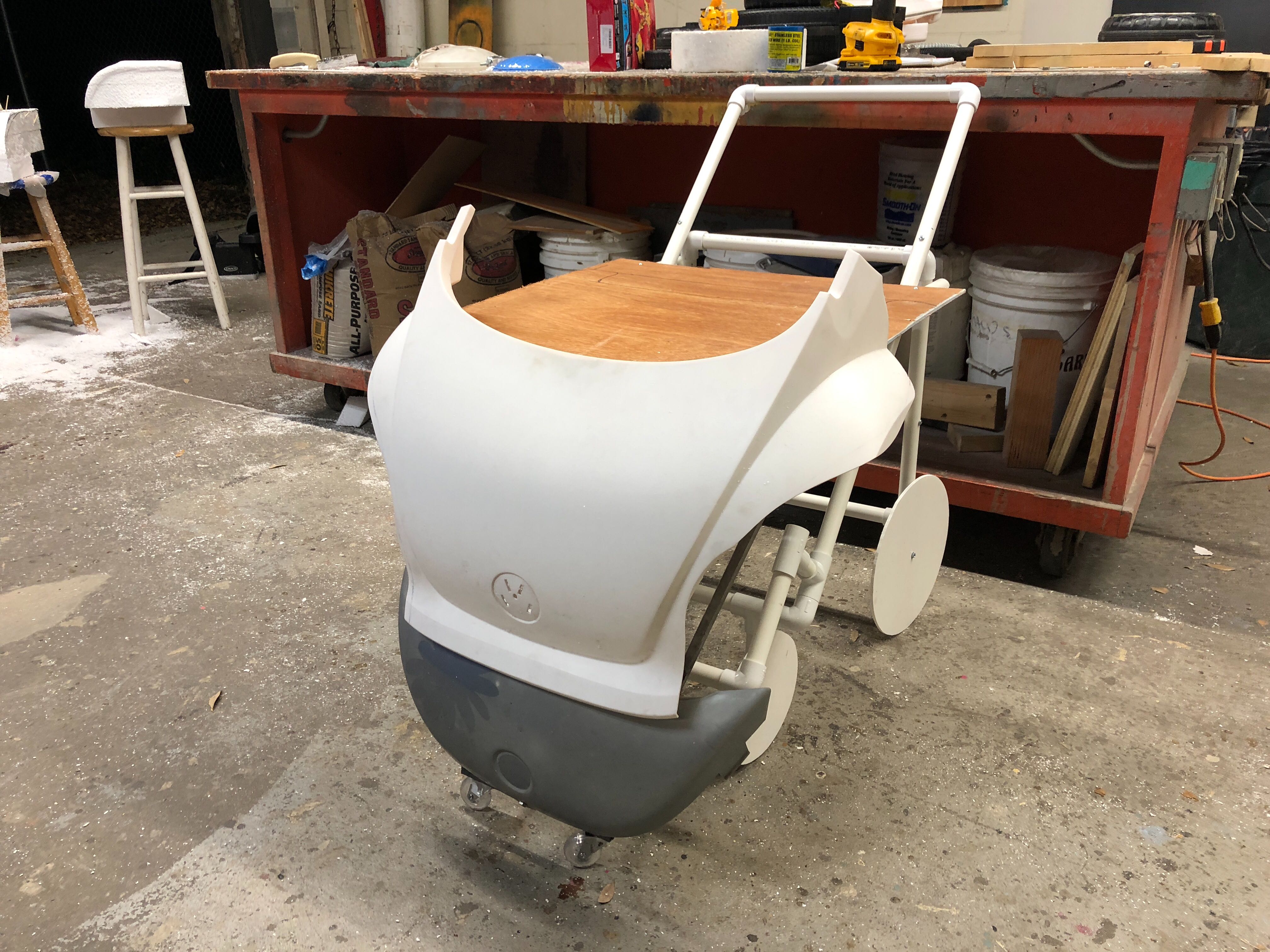 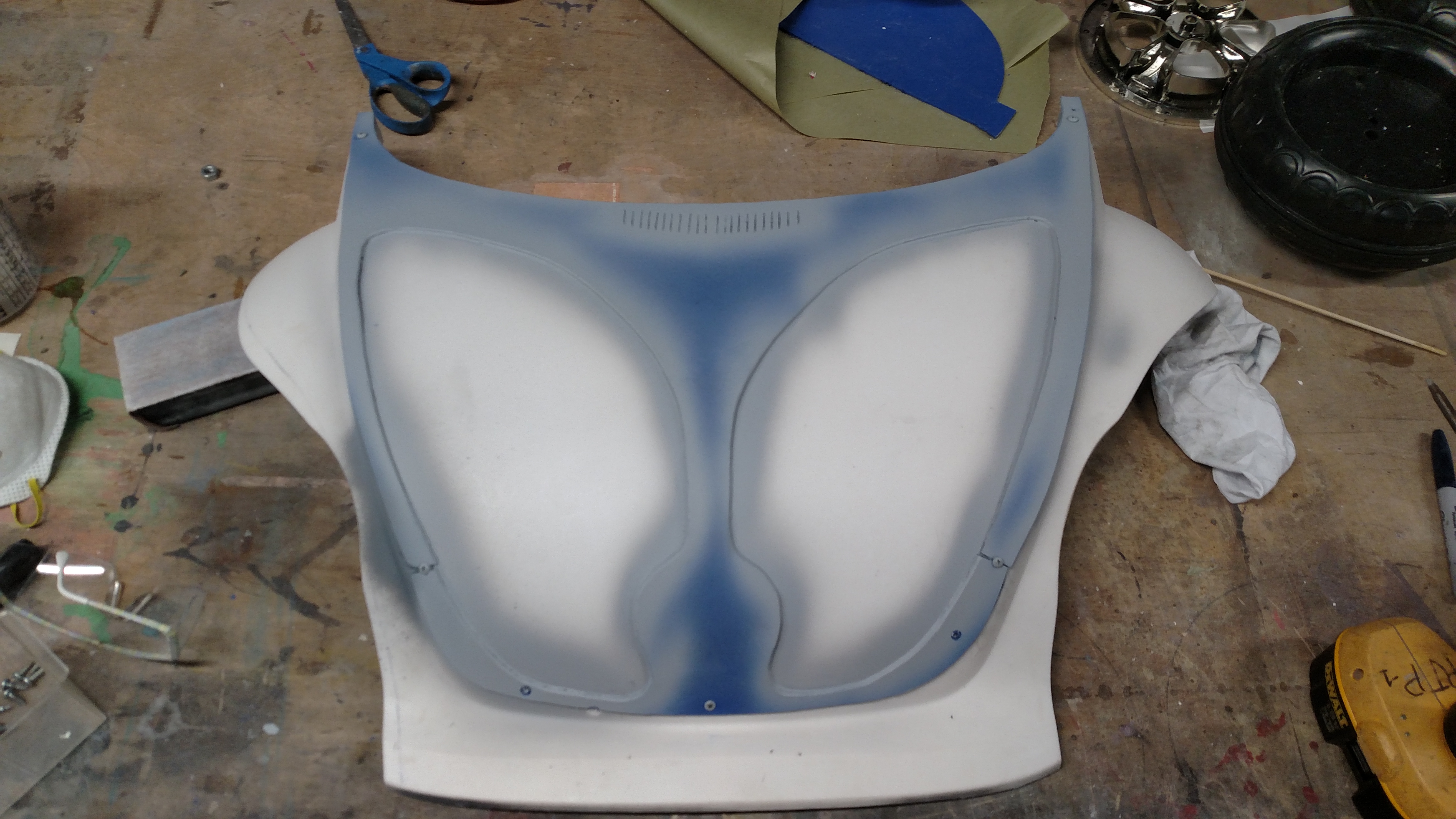 Once I had the start of the form I knew that I could make some modifications to give the hood the classic VW Bug look and I would have to sculpt the fenders from scratch. 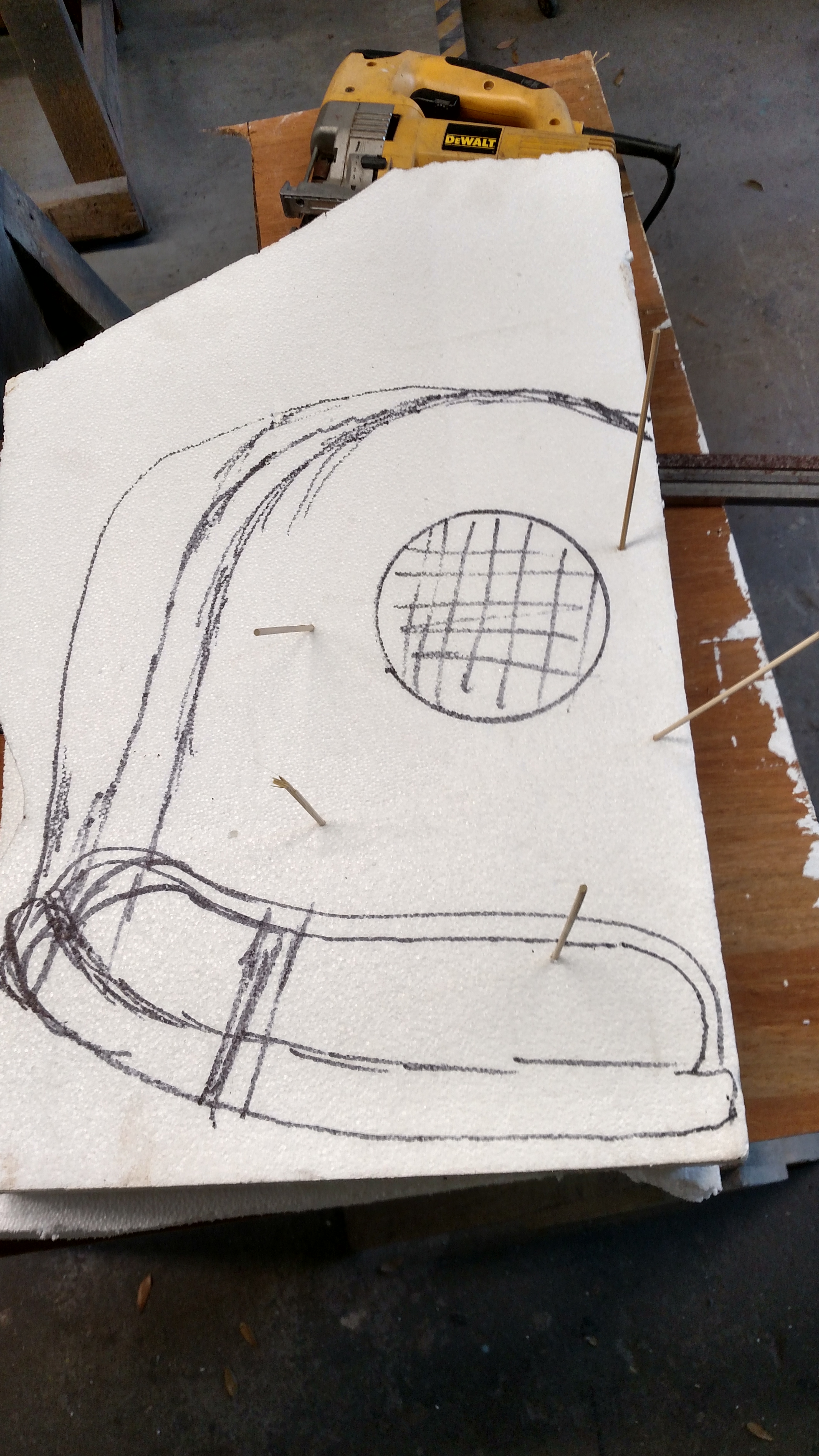 Magic Wheelchair - Bumblebee costume
I sculpted the fenders from styrofoam. 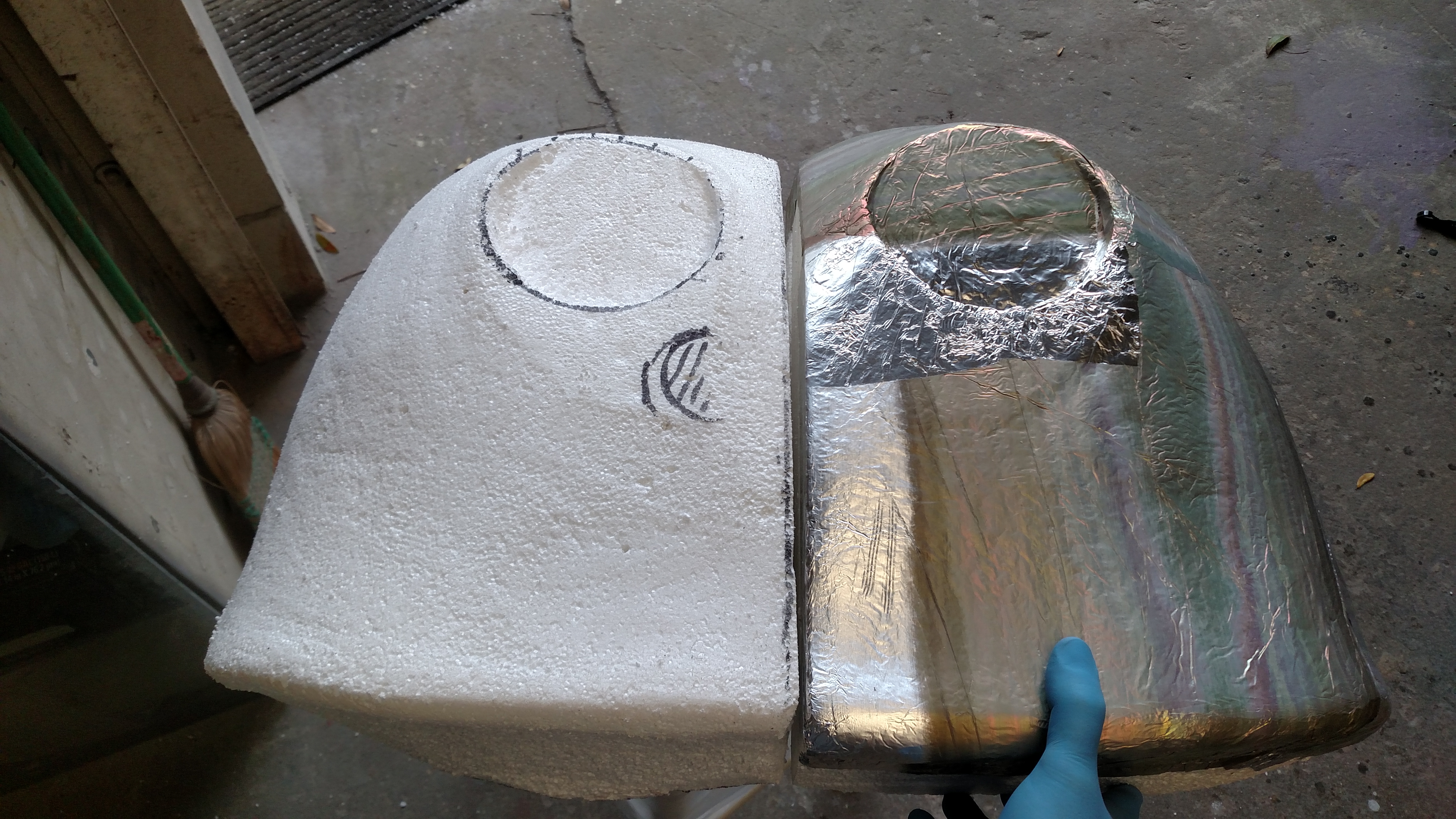 Magic Wheelchair - Bumblebee costume
I didn't have time to plan out things so I free-handed the design and sculpt. I coated the foam in aluminum foil, then several layers of epoxy resin (Epsilon) and fiberglass cloth. 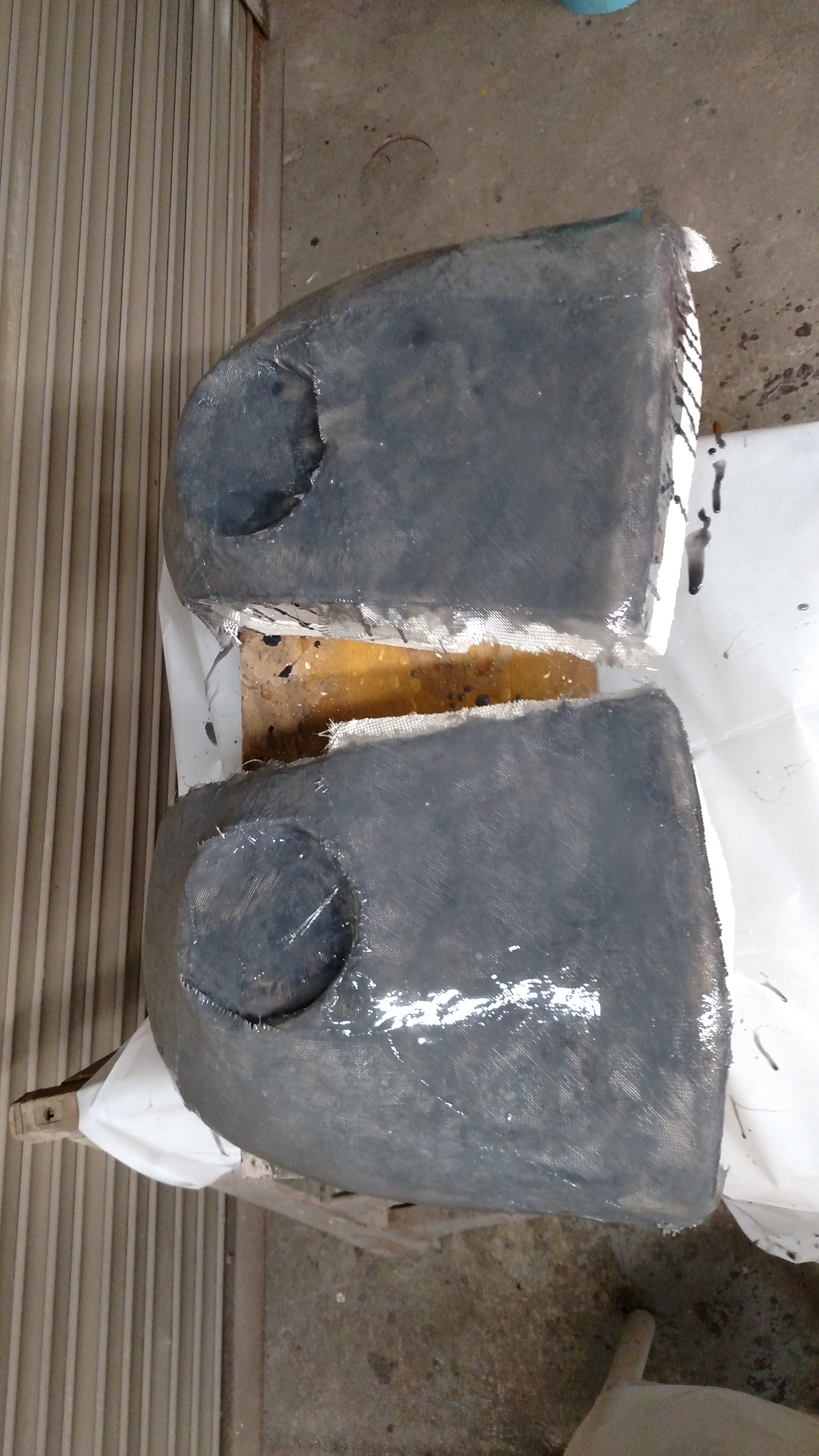 Magic Wheelchair - Bumblebee costume
I then carved out all the foam to get the shell parts. I then sanded and sprayed with a high fill primer, and sanded again. 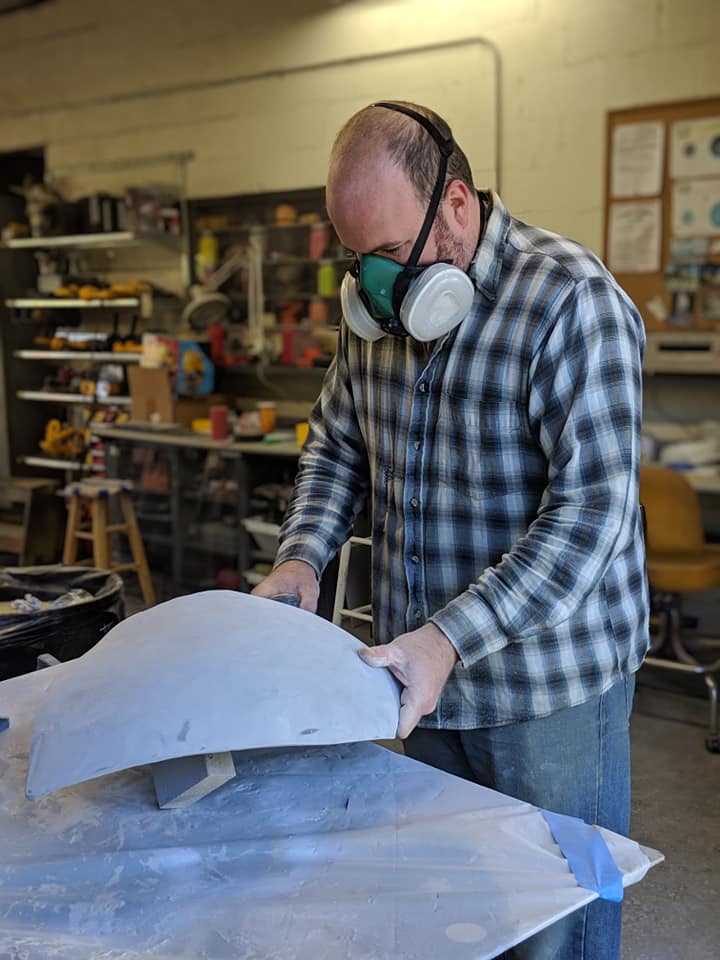 Magic Wheelchair - Bumblebee costume
I did a little bit of spot putty for some tiny air bubbles. 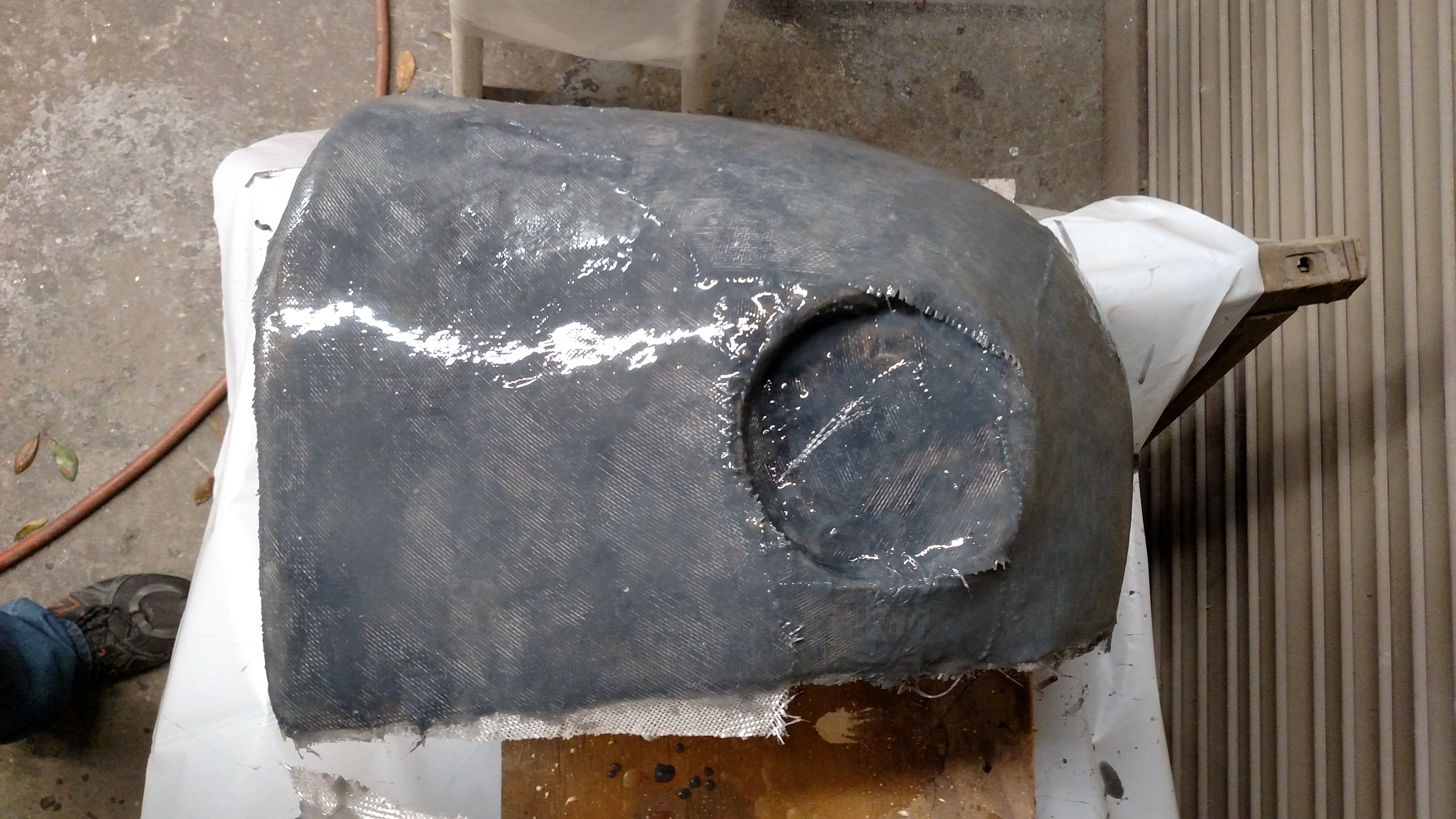 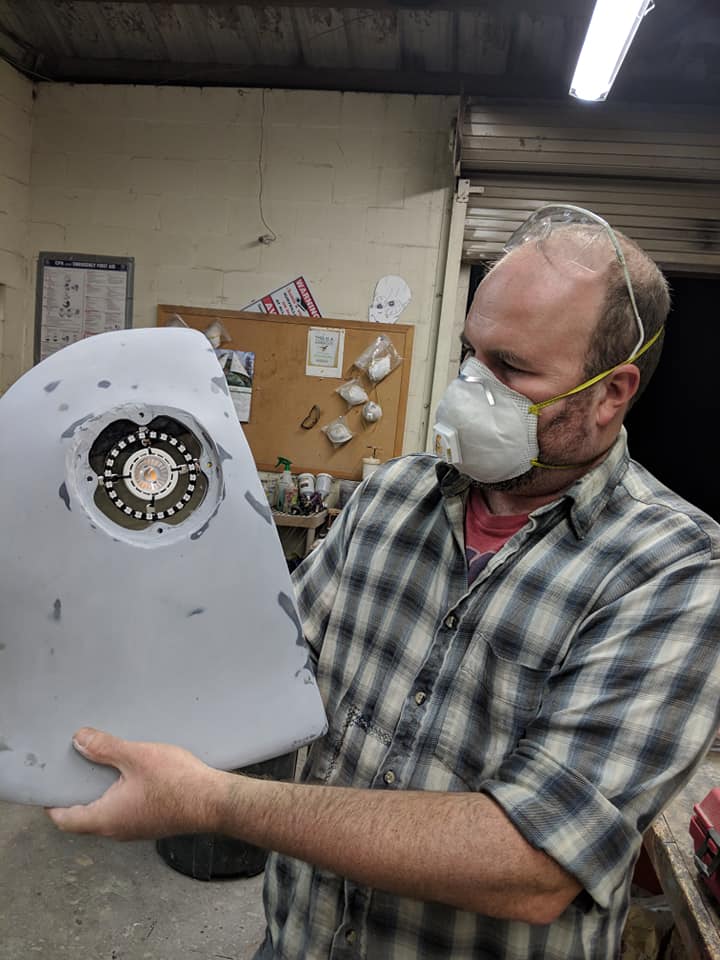 Magic Wheelchair - Bumblebee costume
I fabricated the bumpers out of a bicycle fender cut into parts, some copper pipe bent to shape and pop-riveted on, and some pieces of 1/2" thick sheet plastic (PVC) cut, routed, and sanded to shape. 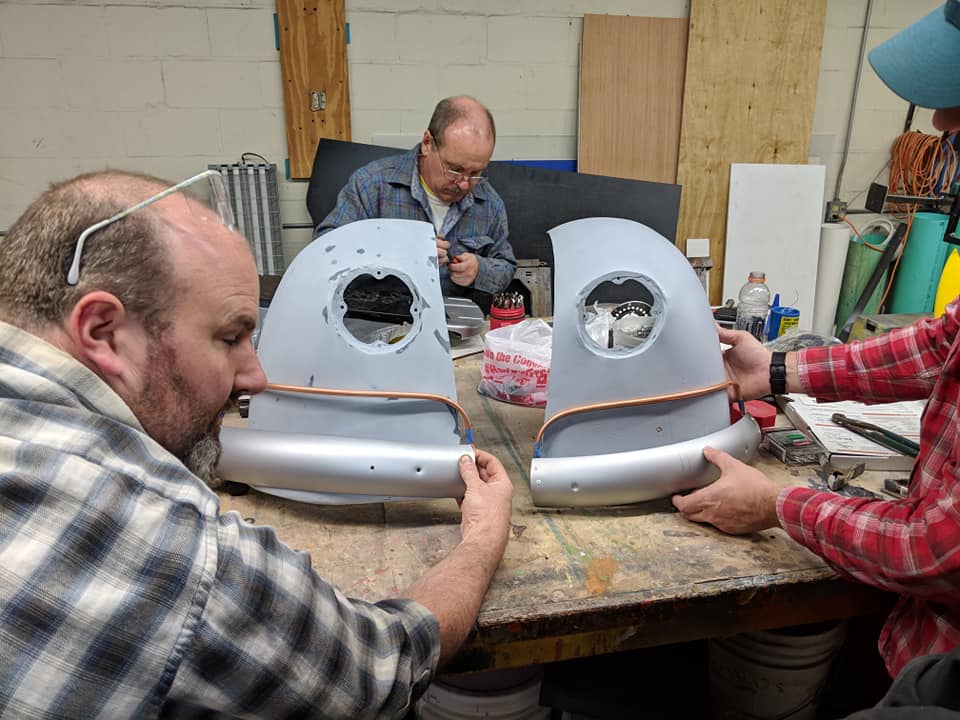 Magic Wheelchair - Bumblebee costume
I then primed the parts with two to three coats of white primer and then two coats of yellow. 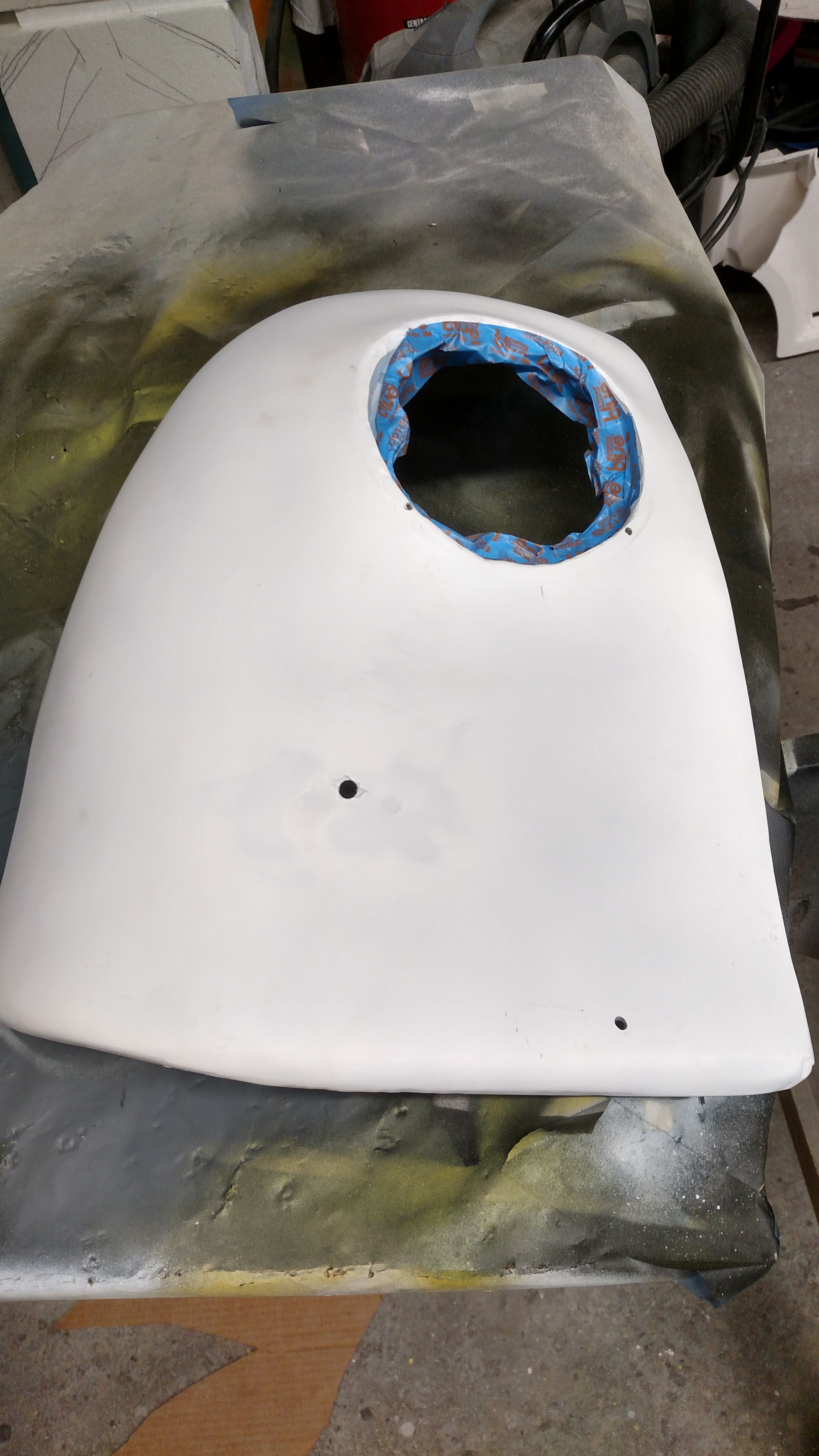 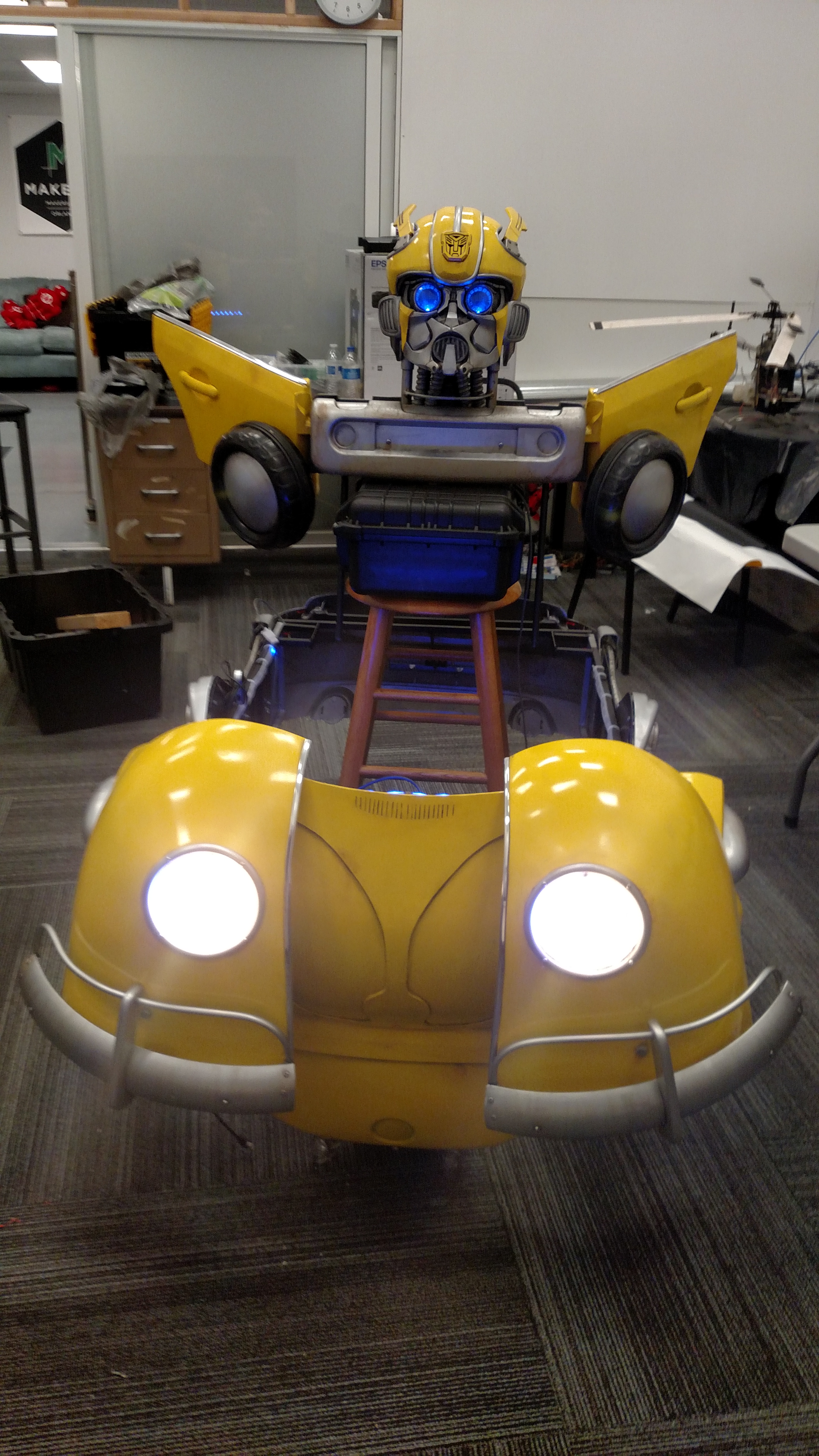 Not a transformers fan really, but fantastic work and I hope Alex gets a lot of enjoyment from it.

Uridium said:
Not a transformers fan really, but fantastic work and I hope Alex gets a lot of enjoyment from it.
Click to expand...

I agree, I have disliked all of the Transformers films, although I have not seen the Bumblebee film yet.

But it was a fun character to try and capture the essence of in a costume like this. I got a video from Alex's mother showing he was hanging out in it all the next day playing with the buttons and piano.

RPF PREMIUM MEMBER
Incredible! You guys did a fantastic job and for such a great purpose.

TJack said:
Incredible! You guys did a fantastic job and for such a great purpose.
Click to expand...

Thanks! The project being for a good cause helped make the late nights feel worth it.