After a few years of hunting down parts I've finally finished my build of Luke's macrobinoculars. They're as close to screen accurate as I could get, considering a few parts couldn't be found. I had to build the viewer hood mounting box out of sintra and styrene as I couldn't get my hands on the vintage part, although I was able to track down a vintage viewer hood. This is the one build that took the longest, but was also the most satisfying watching it all come together bit by bit. My graflex lightsaber build wasn't nearly as satisfying as that was mostly several years of hunting around the local area to turn up a vintage graflex then slapping on the grips and calc bubbles and it was over.
Also a big thanks to Trooper for supplying the lenses and mystery box. 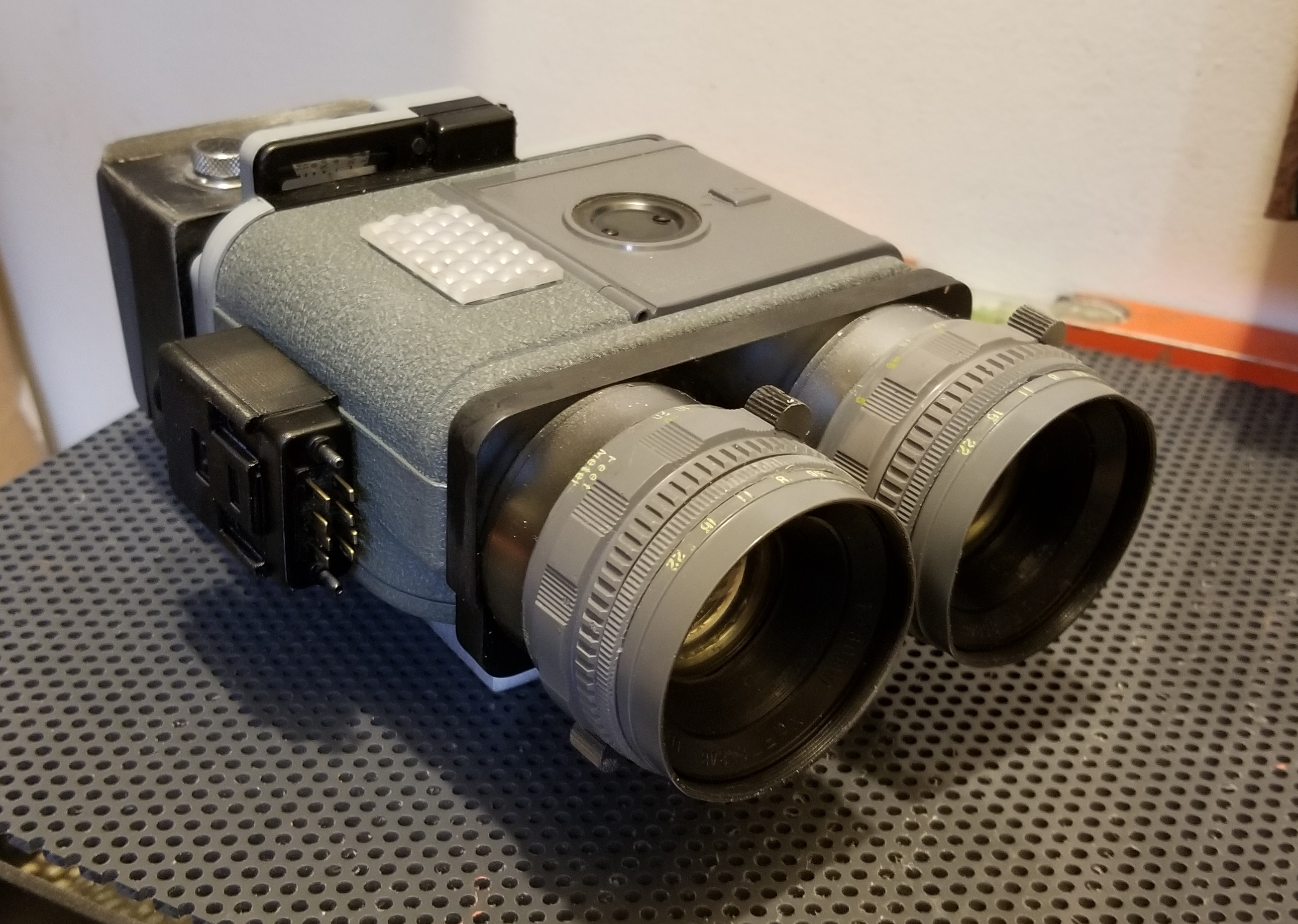 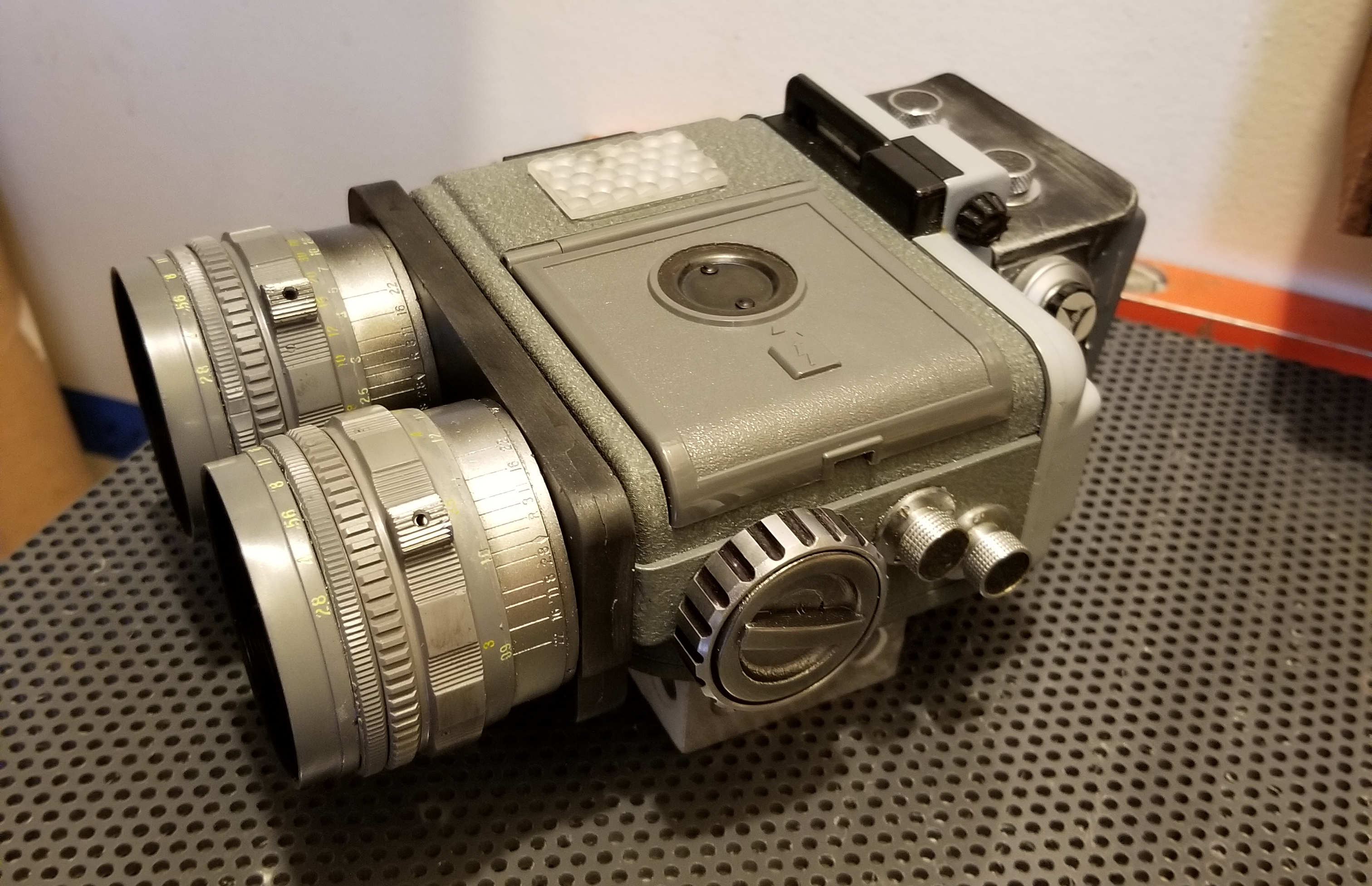 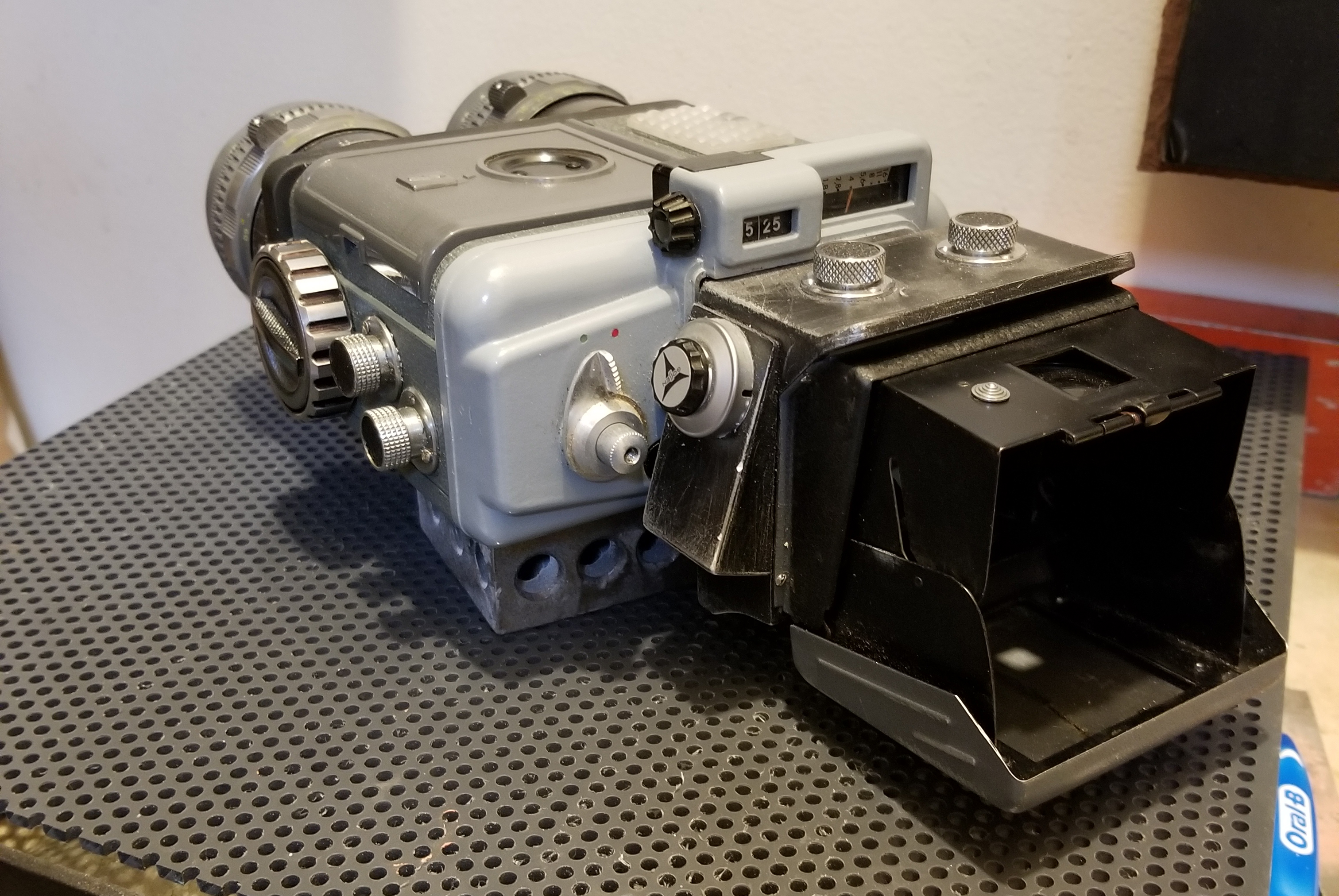 The irony here is that I set out to make one set of macrobinoculars and wound up building three pairs.

RPF PREMIUM MEMBER
Awesome piece! Question for you, how did you mount all the knobs and other parts? I’m at the stage where I have everything but no idea how to assemble the damn thing.

zsherman: I mounted all the knobs and greeblies in different ways depending on the part. The small round knobs are all drilled out of the frame of the Eumig body, the larger knob was mounted with two small screw holes that hold the base of the knob to the Eumig body while allowing the rest of the knob to rotate. The lens plate is bolted to the frame behind the lenses with a coulple of M3 screws. The mystery box is just held on with double sided tape.

My best advice is when you go to drill into the body of the Eumig, get some step bits and a center punch, then go slow drilling out the holes. Also, where ever possible make a paper template using the parts that are going to be attached. When I mounted the viewfinder hood, I had to mark off on the body where the box would be and figure out where to put in the screws so they would grip the Eumig body without causing problems. Its definitely one of those builds where you're going to want to 'dry fit' the parts a few times before you commit to drilling into it.

WIth the lenses I got from Trooper, I only painted the base ring that mounts to lens plate with Alclad aluminum. When it came time to filling in the markings on the lenses, I just busted out a set of crayons and grabbed the colors that most closely matched the pics and filled in the engravings with them, then wiped down the surrounding plastic with a tissue and Q-Tip. Much easier than trying to get paint into the engravings.
Last edited: May 27, 2019

The alternate builds were born of not having the right parts, but I gotta admit it was fun going through my box of camera parts and finding odd bits that would work with the design while still keeping to the original aesthetic. One of my favorite greeblies on the alternate build is the dial where the screen accurate build has the bubble strip, just adds a more tactile element to the prop with a dial you can adjust with your fingers without looking away from the view finder.

Lol I think I've already found that out the hard way.

With 660s impossible to find for realistic money custom macros are the way forward for me personally. If I can get a cool piece and get enjoyment out of the process AND not bankrupt myself that's just fine.

Hovito loincloth too true. My problem is to get some of the lenses I bought I had to buy in lots of lenses, so now I'm looking at my greeblie boxes and thinking... Maybe just one more Eumig.

Doesn't have to be eumig!

Hovito loincloth said:
Doesn't have to be eumig!
Click to expand...

Damn nice build! I have that same camera body lying around. Might have to take a stab at another set using that frame once I finish up my other builds.

RPF PREMIUM MEMBER
One question about the side knobs

Are there references which show what knobs are used there? I see builds with different knobs. Like the one in the picture.

RPF PREMIUM MEMBER
Saifai , those are wrong, There are 2 sets of Kalimar 660 knobs used on the Hero macros. The only Macros with Seagull side knobs are the stunts.

Zombie Killer said:
Saifai , those are wrong, There are 2 sets of Kalimar 660 knobs used on the Hero macros. The only Macros with Seagull side knobs are the stunts.
Click to expand...

Bold statement. There are different opinion on that. Both versions, Seagull and Kalimar, were available to the builders - and there is no proof which version was definately used.

Sure, there are people who believe they see more in the blurry pics than other, but that´s just personal opinions, and not a proof.

Lichtbringer said:
Bold statement. There are different opinion on that. Both versions, Seagull and Kalimar, were available to the builders - and there is no proof which version was definately used.

Sure, there are people who believe they see more in the blurry pics than other, but that´s just personal opinions, and not a proof.
Click to expand...

Nothing bold about it at all. Just fact. There is no way to make a Seagull knob look like this no matter how blurry you may think it is . It is a top knob section with a thin shaft and the base. You can see his shirt behind it on the top and his finger on the bottom. Its a Kalimar knob. This same argument comes up every year and every year i post this same pic. There is an undercuut below the top knob part, something you cant do with the Seagul knob. 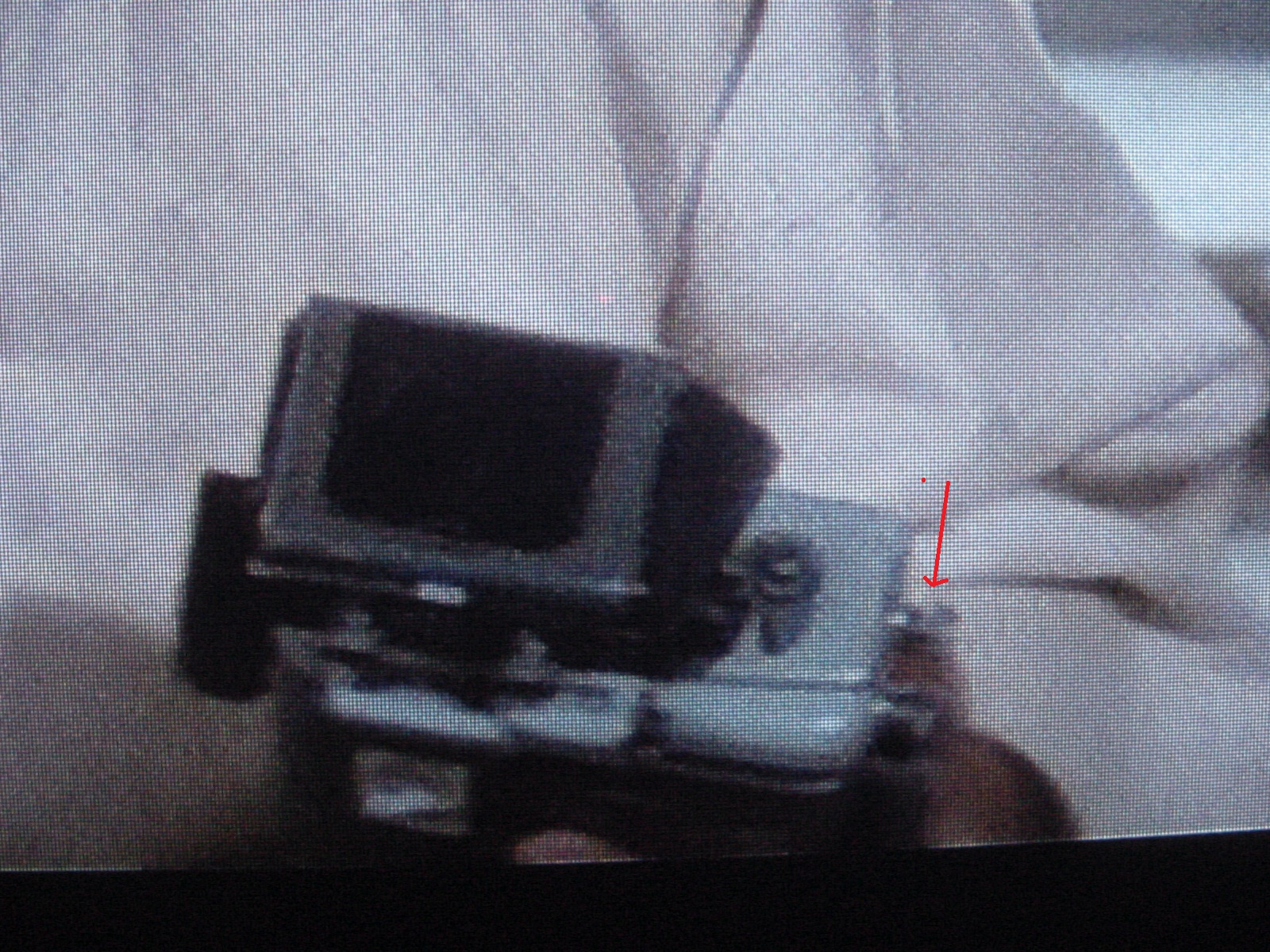 And the second knob in that pic looks high and massive - something you cant have with a Kalimar at the same angle.