This is an ambitious attempt to duplicate a “Real World” Live-Fire DL-44 Blaster
by a friend, Bob Boyd, who is the Assistant Editor of “Shooting Illustrated” magazine.

Bob was recently involved with the production of a live-fire replica of the Walther P-38 Pistol / carbine as seen in the TV show “The Man from U.N.C.L.E.”

Here are links to see it in action as well as Bob’s blog:

With that project of replicating Napoleon Solo’s firearm nearing completion, Bob has decided to tackle that “other” Solo firearm…Han Solo’s DL-44 Blaster.

I had put Bob in contact with Blast-Tech as they could supply the parts needed to modify the C-96 Mauser destined to become the “Solo Blaster.” Unfortunately, all parts needed are out of stock with no idea as to when parts will become available.

Additionally, Bob has stated that he is looking to acquire a real scope instead of a replica because…as he correctly pointed out…”What’s the point in building a functional Han Solo blaster with a non-functional scope?”

So there you are…if anyone can assist Bob with obtaining a real HW scope or replica parts as close to the original parts as possible please chime in and/or contact me.

PS: The replica parts are to be used as a pattern to have a machinist replicate them out of steel. No aluminum parts will be used on the firing replica 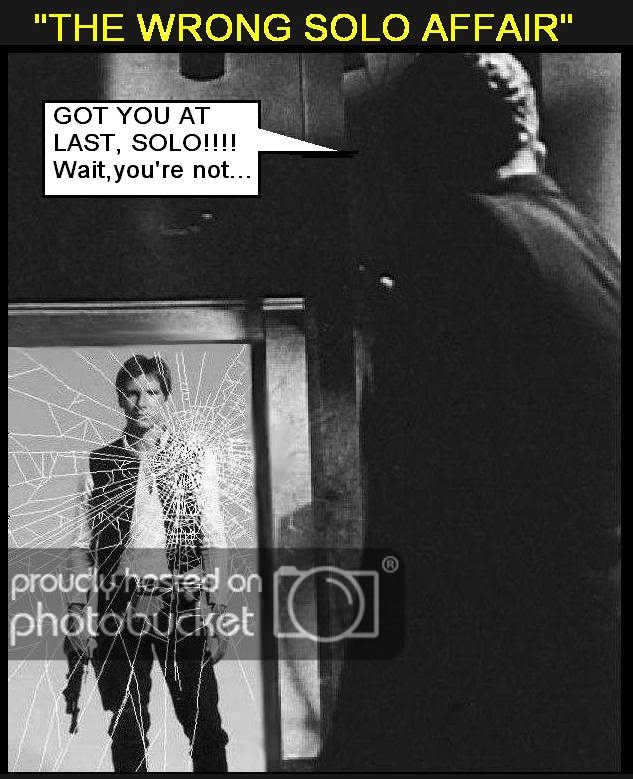