Hello friends. I've been working on a project "for my kids" for a little while now.

Given the interest that my Calvin and Hobbes thread seems to have generated, I thought some people might enjoy this build too. Also posting progress is a nice medium pressure motivator to keep moving forward.


I've got a 2 year old son and a 4 year old daughter and we recently picked up one of those Brio train tables and put it in my sons room. It has a crane on it which can pick up these little shipping containers with a magnet and deliver them onto the train cars. It also has a heliport and a kind of crummy little chopper. I love helicopters and like to say that if I hadn't become a model maker I would have been a helicopter pilot (or at least mechanic) So I decided to make a little squadron of cargo helicopters for those shipping containers. Something cool and identifiable, but robust enough that I could let the kids play with them.


Started with some sketches:

but I came to the realization that the clunky dimensions of the original trains are driven by their function, and the ones that I wanted to do would never work on the track.


Also drew up a bologna slicer

Fixed the first post so this one no longer makes sense
Last edited: May 1, 2015

Mysta2, go with the Tarhe! Here is some reasons why:

1. Actually used commercially (well, by fire fighting companies mostly) and could carry containers. Of course, the 'boxes' that hooked to the helo were custom military items, but that can be waived a bit if:
2. The 'containers' could be forest fire fighting 'command centers' to be airlifted to the site of fire "events". Built in story line.
3. Also can have a chem-tank attachment, as seen HERE
3. For regular shipping containers, could use a 'sling load'. Have a shaft off the main rotor to act as a spool for two cords with hooks (blunt or magnets...) that would attach to the front and rear of the container for lifting. The cords could come off the shaft, run fore & aft over small pulley 'points' (either actual pulley or just smooth pins) and then drop off the bottom of the boom fuselage. Attached to the MR shaft, spinning it could retract the cords (or use a separate shaft arrangement that sticks out a side (transverse) so you can have a free wheeling rotor for play... yeah, probably a better idea.) Sling load capability allows for "lift" of many different loads (vehicles, track, train stock, etc.)
4. The 54 just LOOKS cool with it's 'bug legs'...

After getting the sketches to a place that I was happy with I scanned them and brought them into Illustrator where I refined all of the lines until I came up with this:

At this point I have to break the parts down into machinable sections. You can see the Chinook already laid out in the configuration that I’m going to use to machine it. Other than the engine cowls and the pocket for the magnet I would have been able to do the whole thing on only one side, as it is I have to flip it once.

rbeach84
…not to mention 60mph straight up unloaded!

No worries mate, I’m making all of them, in triplicate. They’re actually already cut and assembled. I just figured I’d roll this thread out in more or less chronological order, and I’m still trying to dig up some photos that I know I have but cant find.

V22 Marine One. Pic I’ll be stretching this one a bit and making a full white top even though the real thing isn’t actually cleared to fly the president.
V22 Boeing testbed pic
V22 Japan deployment pic

You're on the bleeding edge of the 'make your own toys' tech, aren't you? ;^P You sure these are all for the young-uns?

RE: the particle filter 'boxes', certainly looks like a single part, just need two of same, flipped over (symmetrical), eh? Or are you referring to the actual fabrication vice the design?
R/ Robert
BTW, any Army 'bird' with orange on it is a training a/c/
M

I've often wondered about that orange, thanks for that info. I just like it for a nice shock of color on a drab scheme.

Are you a pilot?

Oh yes, definitely more colorful - not that is difficult considering the "usual"!

Another 'tidbit': the dark green paint (which almost appears black) of the modern US Army helicopter has some ususual properties. I was taking digital images of an AH-1F helo at the American Helicopter Museum (near Philly) a few back and the camera was having trouble auto-focusing on it. Something in the paint was throwing off the IR of the camera's rangefinder (of course it was!)

To answer your question, I flew the thing in my avatar, once upon a time... Seasprites! If you find a full size copy of the image, you can see the Playboy 'bunny' logo on the underside of the radome (tan thingie on the under-nose.) And no, I never flew that particular machine! ;^) Great machine, but it took it's fair share to the Locker...

RPF PREMIUM MEMBER
Wow, I think you're gonna have more helicopters than trains when this is done.

Another cool project! This is looking nice. Thanks for being willing to share your ideas and the wonderful results you can produce from them.

So... you love helicopters. I'll be looking for you input on a future project of mine.
M

I've been meaning to sketch up a little AH-1 for the series, it's one of my all time favorites. Maybe a single engine and a super. I wont hold the fact that it can't pick up a shipping crate against it.


If I do another batch I'll see if I can't make a couple of Sea Sprites and send one your way.

This is running on our 4 axis table, so it can machine the whole thing out in one single operation rotating 360 degrees while it cuts. Pretty darn cool way to mill something, solid rod goes in, helicopter comes out.

I was really pushing myself to cut them all out of a single block of material to make them as bulletproof as possible. This worked great for the 54, but the enclosed cargo area of the 47 and V22s meant I would need to get a really small cutter in those corners and I thought my breakdowns were pretty robust so I laid them out.

I thought I had more shots of this but I can't seem to find any, but I think you can see the four pieces that I cut to assemble my Chinook puzzles, basically three walls and a roof.

and here you can see my frosted CH54 lollipops.

All the blades are black ABS, I used a straight blade to drag a chamfer along all the trailing edges to make them look just a little less flat and lifeless.

And the whole gang

For the Ospreys I used the 4 axis table for the wing/nacelles and the body, and cut the nose out on one of our vertical mills. I know I have some pictures of this in progress, I found at least one this morning, but I can't seem to dig it up again. If I do I will post.


Mike J. said:
Wow, I think you're gonna have more helicopters than trains when this is done.
Click to expand...

I have no problem with that


Hagoth said:
...I'll be looking for your input on a future project of mine
Click to expand...

I look forward to it.

RPF PREMIUM MEMBER
Awesome stuff. What's keeping the blades in their sockets? Are there bearings in there?

Mysta2 said:
I've been meaning to sketch up a little AH-1 for the series, it's one of my all time favorites. Maybe a single engine and a super. I wont hold the fact that it can't pick up a shipping crate against it.


If I do another batch I'll see if I can't make a couple of Sea Sprites and send one your way.
Click to expand...

I hope you were responding to me? That would be awesome!

Holly cow man! I love your tools! These are coming out awesome! Wow! cool:cool

Would you consider posting a video of one of these getting cut out and being assembled?
M

I'd love to post a video, my phone is so crammed with "other" that I can't shoot more than about 30 seconds of video. So I think it's time for an upgrade, I'll have to do that first. They're all cut though so it will have to wait for the theoretical second round.

Yeah Mike, once they're painted the bearings will be going in. This was another one of my peeves about the toy helicopters, the loose blades suck. Mine will be much better.

Mysta2 said:
I look forward to it.
Click to expand...

As it is related topic wise... here is a sneak peek of my helicopter project. This is all I'll share for now as I do not want to hijack this very cool thread. 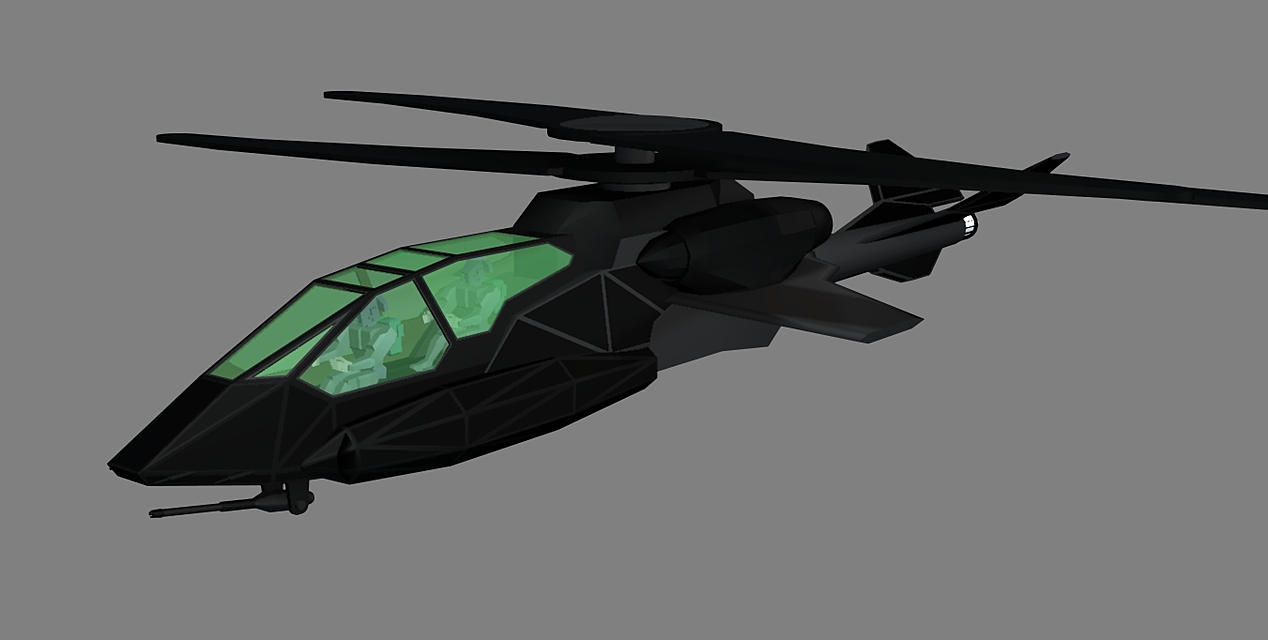 hagoth
Technically I was referring to rbeach84s post. I thought it would be a cool gift since he used to fly them. Sorry, I know that was confusing, I actually started that post several hours before I finished it, which was before you or mikes responses. I only wrote the last half of it much later.

Did you model that helicopter? Your design? Is it a fixed/rotating wing? I could definitely use some help in the modeling department, mostly for my motorcycle projects.

Ahh, that's ok. Robert should get one of those.

Yes, I modeled the helicopter. It is an original design of mine. I wouldn't mind collaborating with you to to help out with modeling. Send me a PM.
P

Played a little last night with what might become the second round:

Mysta2, these are looking very nice. It is a funny thing, when I was a wee lad, one of the best things about going to visit my cousins was the chance to play with them - they had Brio trains and Revell plastic ship models, which we used to play 'war in the Pacific' using towels on the table (as islands...) But of course, they didn't have any helicopters!

Thanks for thinking of the Seasprite; weird beasty, it has quite a bit of asymmetry built into it that I always thought was interesting, but then most a/c with such a long service record end up with some interesting things going on...