Hello guys, this is my first post here! I have been reading on this site for years, and finally got myself going on my long awaited Luke Skywalker ESB + Yoda costume. Now that I have had my first child, I've finally got the Yoda I've needed for this costume!

So far I've got the lower half of my costume with some similar to Bespin Fatigues pants, a decent belt, a rubies blaster which I've painted, and a toy sabre that I took the teliscoping plastic tubes out of. I'm happy with the props I've got so far, but I'm having trouble keeping the lightsaber hooked. I've decided to include the belt, lighstaber and blaster even though they are not screen correct because it makes the costume more recongizable to your average casual fan. I know this community has a depth of knowledge on accuracy that is far beyond me and I ask that you would please go easy on me as this is a casual costume relative to this community's standards.

I attached a rifle sling d-ring because it had a flat surface that seemed to match the hanging hardware on the belt, but it falls off too easily. Also the belt buckle is too shiny, so I'm looking for tips to make it look more used like the screen used examples. Any suggestions for securing the lightsaber? Open to having it non-removable, but would prefer to some suggestions of how to make it secure but removable.

So
1) How to weather the belt buckle as it's quite shiny
2) How to secure the lightsaber?
3) [Bonus] Can anybody suggest a good yoda costume for a baby? 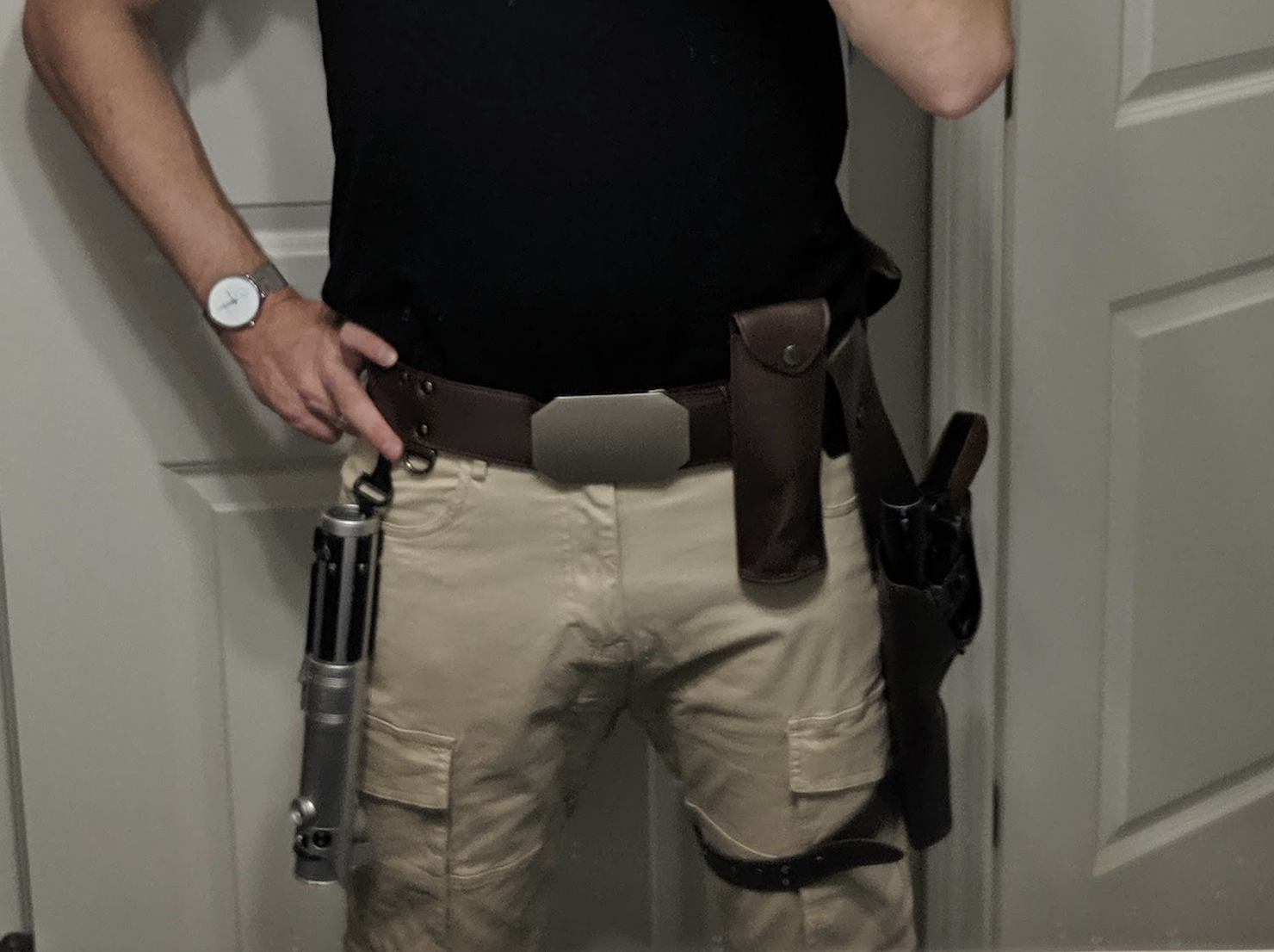 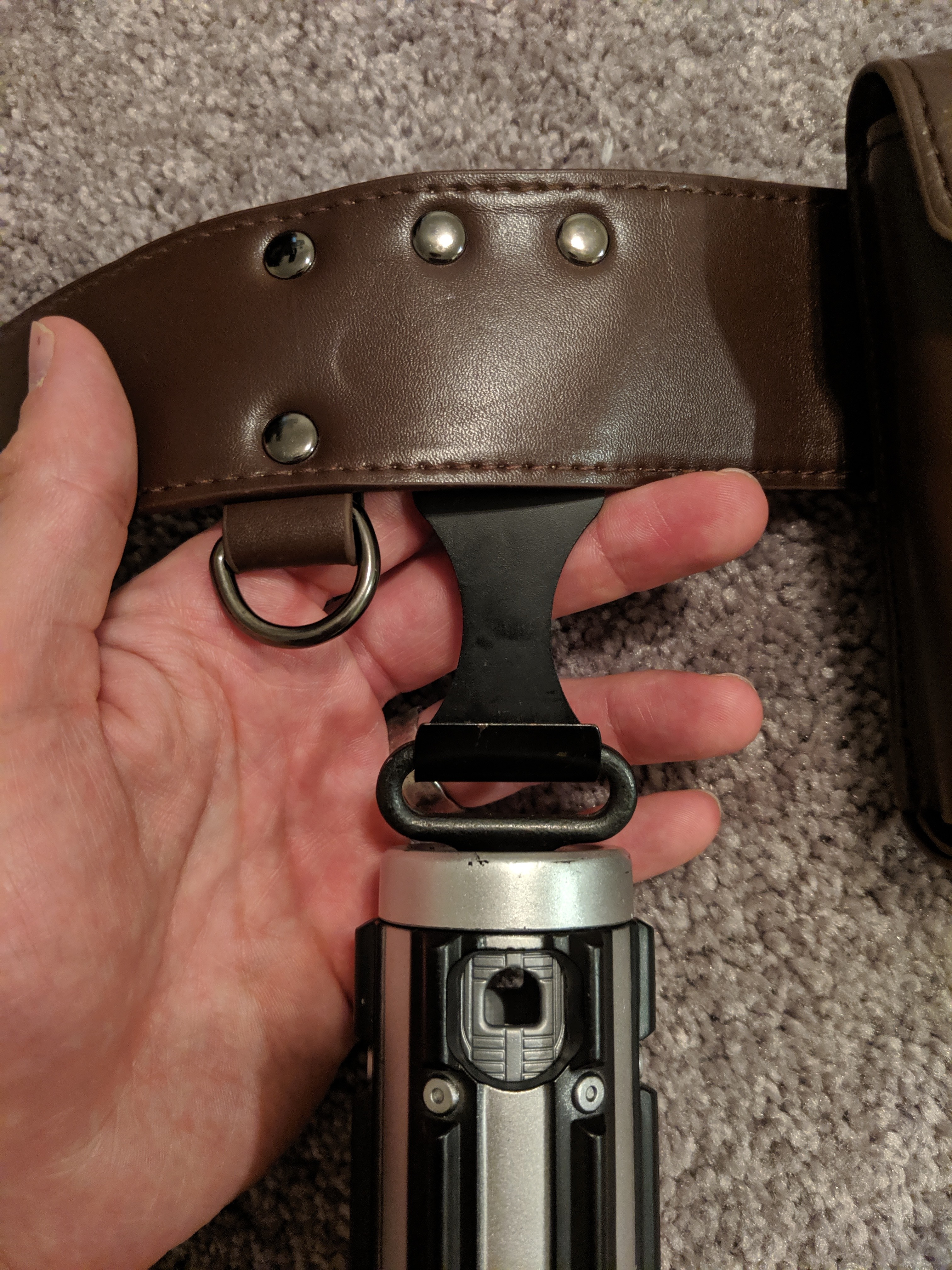 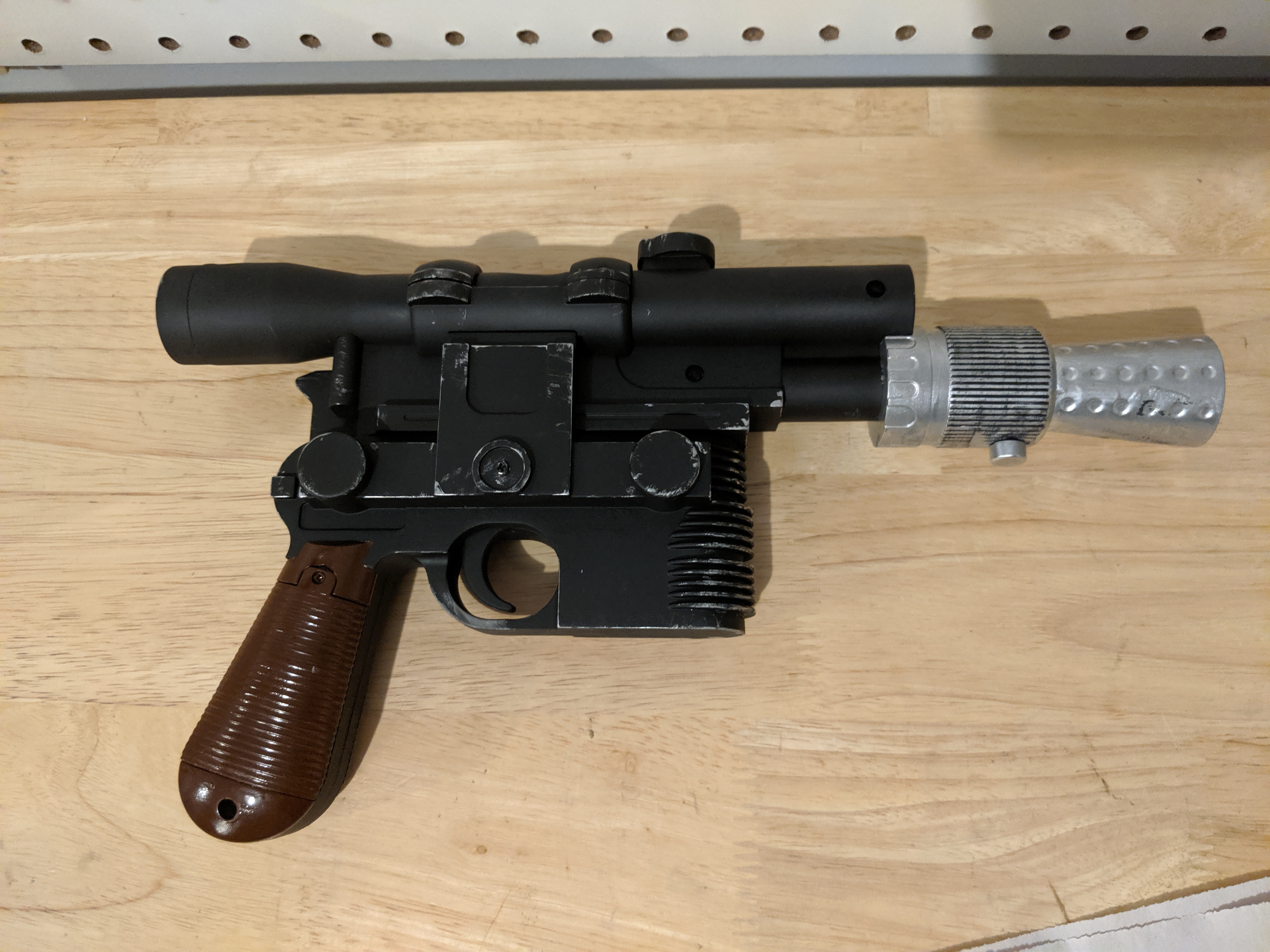 Now before anybody gets on me about the blaster, I'm aware of the fact this is a Han Solo pattern blaster. I tried to get a 3d printed ESB correct Luke Blaster, but it came to me broken in half, so that will have to be a project for another day. 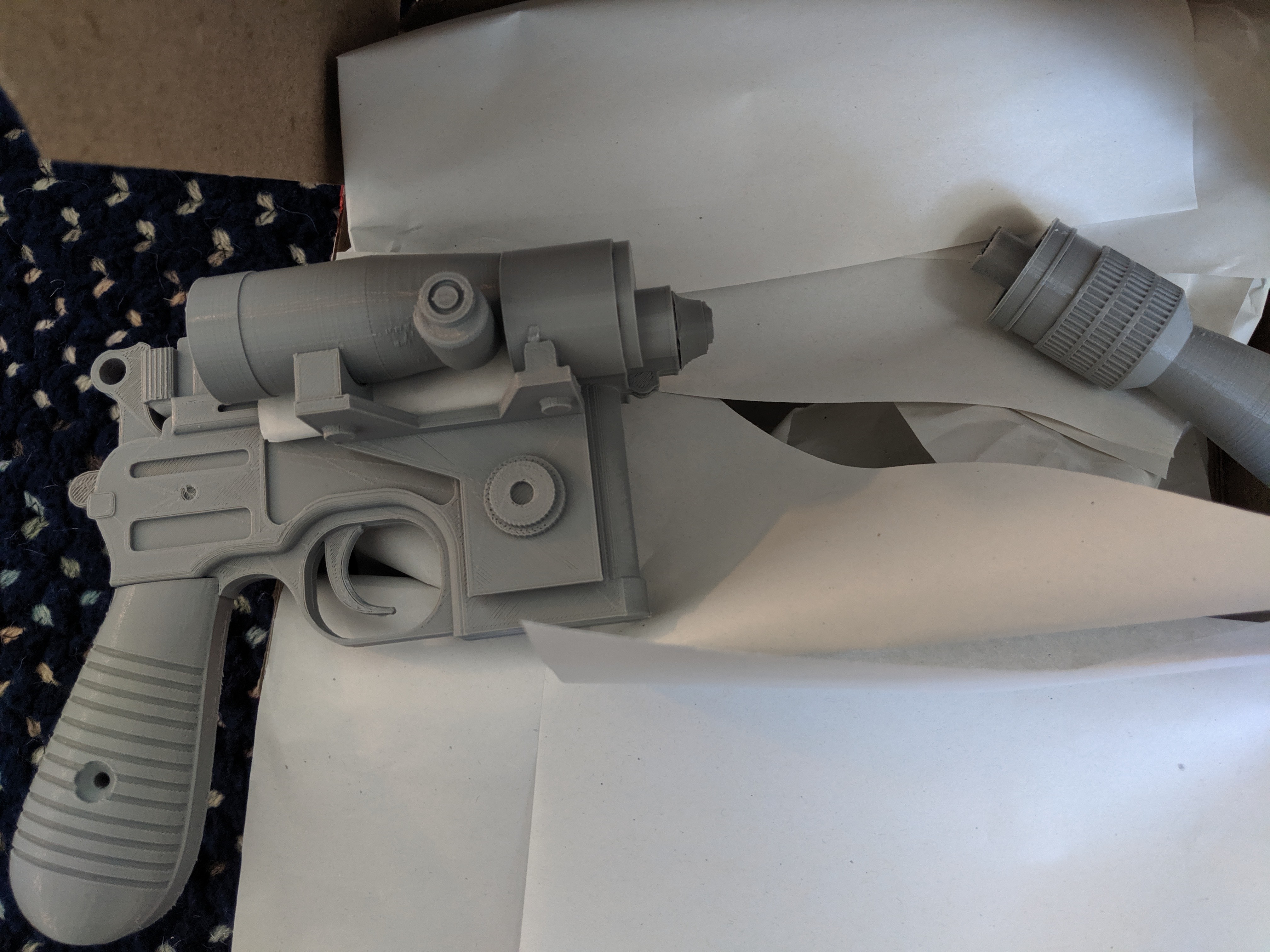 RPF PREMIUM MEMBER
Wannawanga has the most screen accurate (and functional ) Saber hooks I've seen and for really cheap too!
You could try using watered down acrylic paint to weather your buckle.
G

That saber hook makes a lot of sense. It's touching the base which would hold it securely and still come out. Unfortunately in the blade builders toy saber I have, there's an inch of hollow inside and nothing to attach it to. I do want to get that correct hanger from Wannawanga. How does one do the rivits? 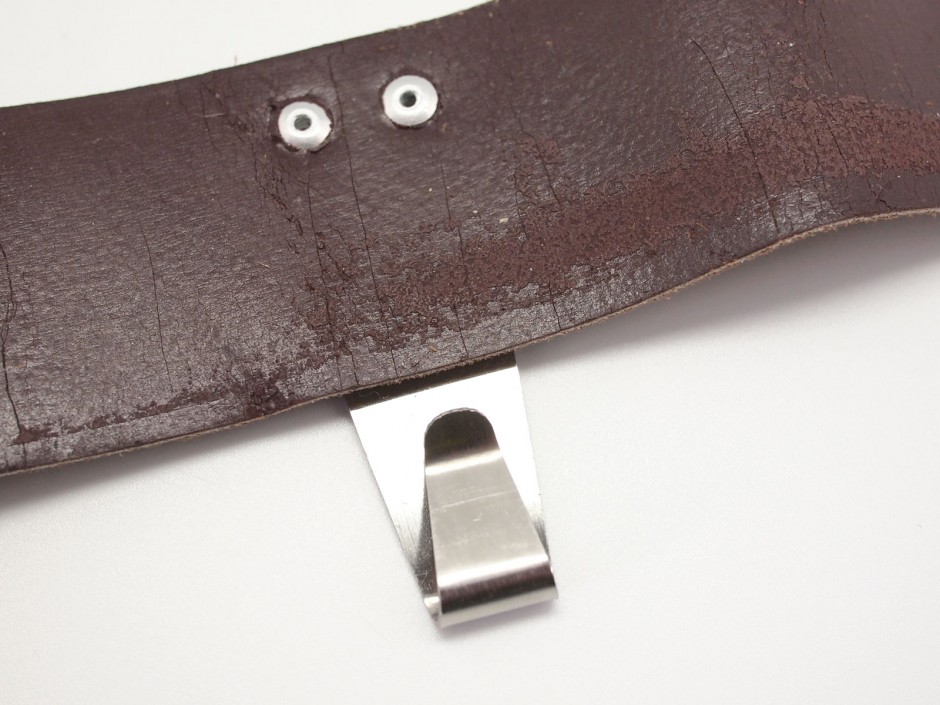 RPF PREMIUM MEMBER
A simple pop rivet gun does the trick. You can find one at most hardware stores.

RPF PREMIUM MEMBER
Yes, pop rivet guns are really... easy. You drop the rivet into the hole you've made.. there's a post sticking up, and that goes into the gun's nozzle. (Make sure you change out the tip and have a nozzle that matches the diameter of the post) and then squeeze the handles like there's no tomorrow! 1 or 2 strong clenches should do it.

I recommend going the old fashioned way... black rattle can paint and some plastic cutlery to scratch away paint before it's fully cured. I recommend using painters tape to only make sections of paint and you can scrape away the edges to make it look like only patches remain of the whole buckle

RPF PREMIUM MEMBER
This thread is very helpful! Thanks for the tips about the WannaWanga hook and the pop rivet gun. Just completed my WannaWanga order.

I'm putting together my first Jedi outfit- I'm totally new to Star Wars costuming (except for the Darth Vader costume I built from scratch for Halloween 1977).

I'm just doing a generic Jedi, with the weathered feel of the 1977 film.

I needed a pouch big enough to hold my wallet, car keys, and big phone so I got this one. Here's the belt and pouch as I got them 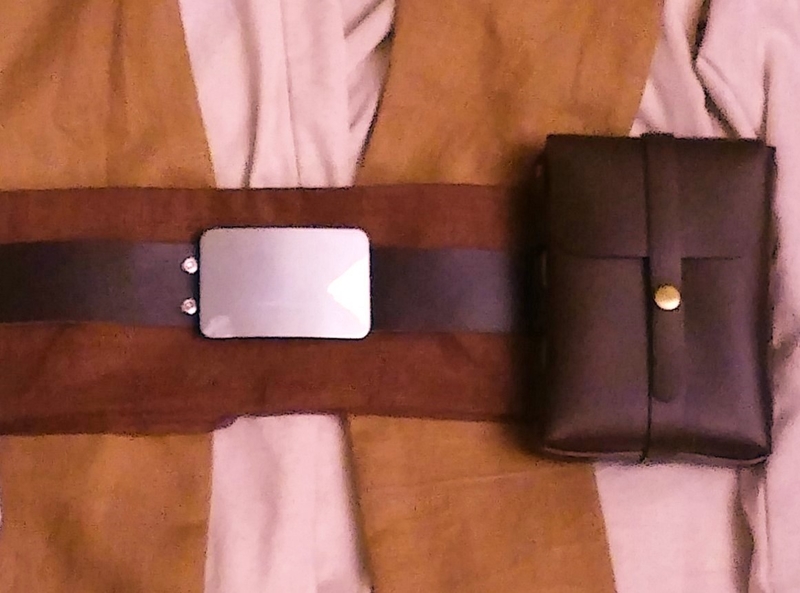 Here's this stuff after ageing 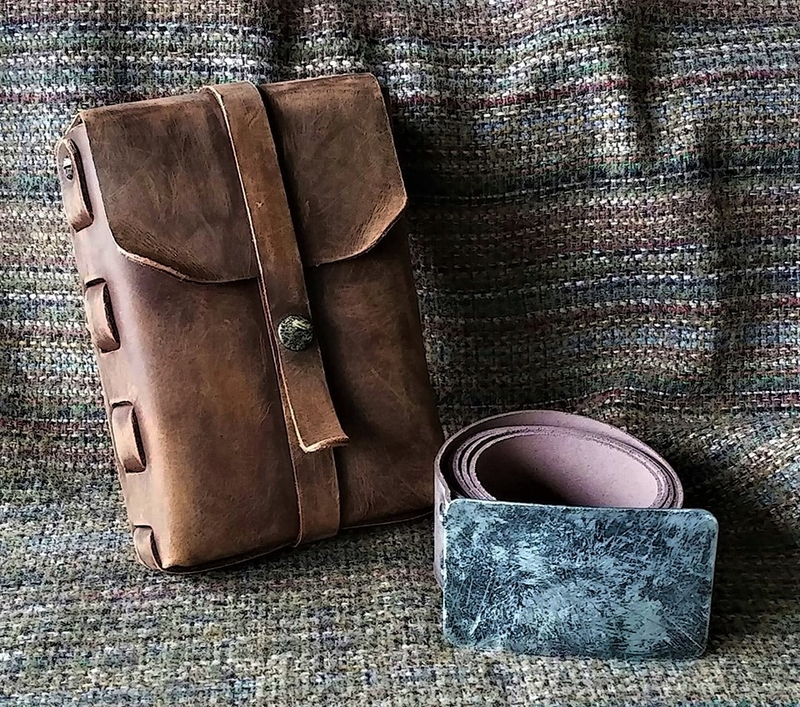 For the buckle I roughed it up with sandpaper and files etc, then painted it with black enamel paint then more sandpaper, files, rubbing against bricks, etc.

For the belt and pouch (both leather) it's the typical rubbing alcohol and sandpaper, followed by whacking with files, rubbing on bricks, etc. 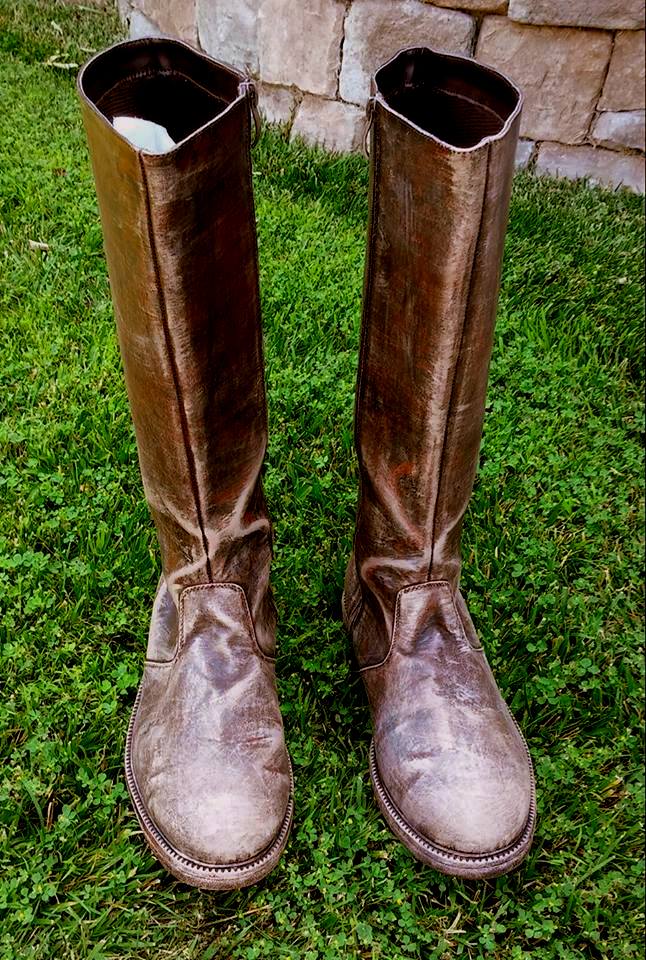 Well the hook didn't get here in time for our town Haloween party, and my "Bespin fatigue" pants were at the tailor, so I had to make do with what I had ready, but we had a good time! 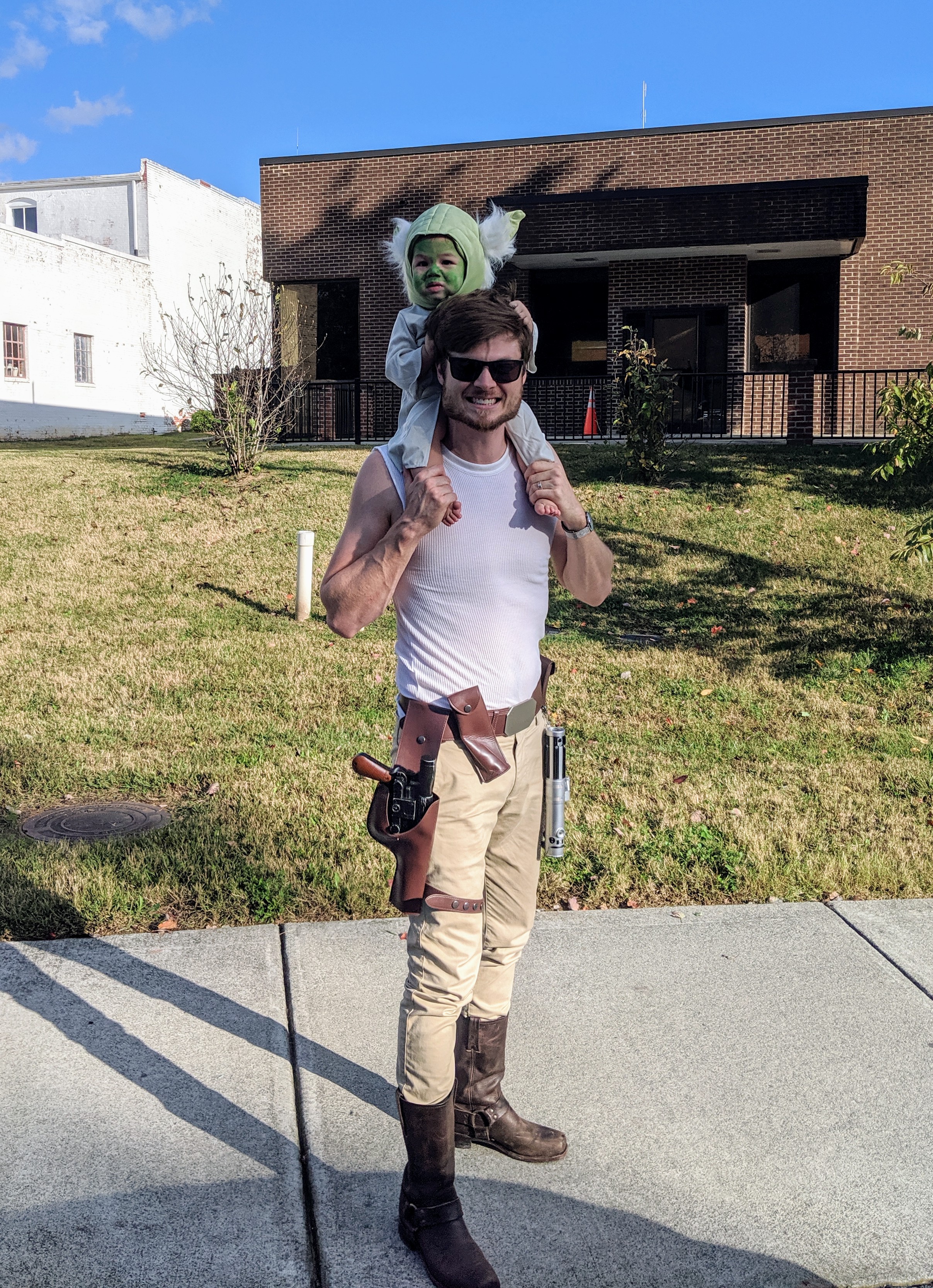 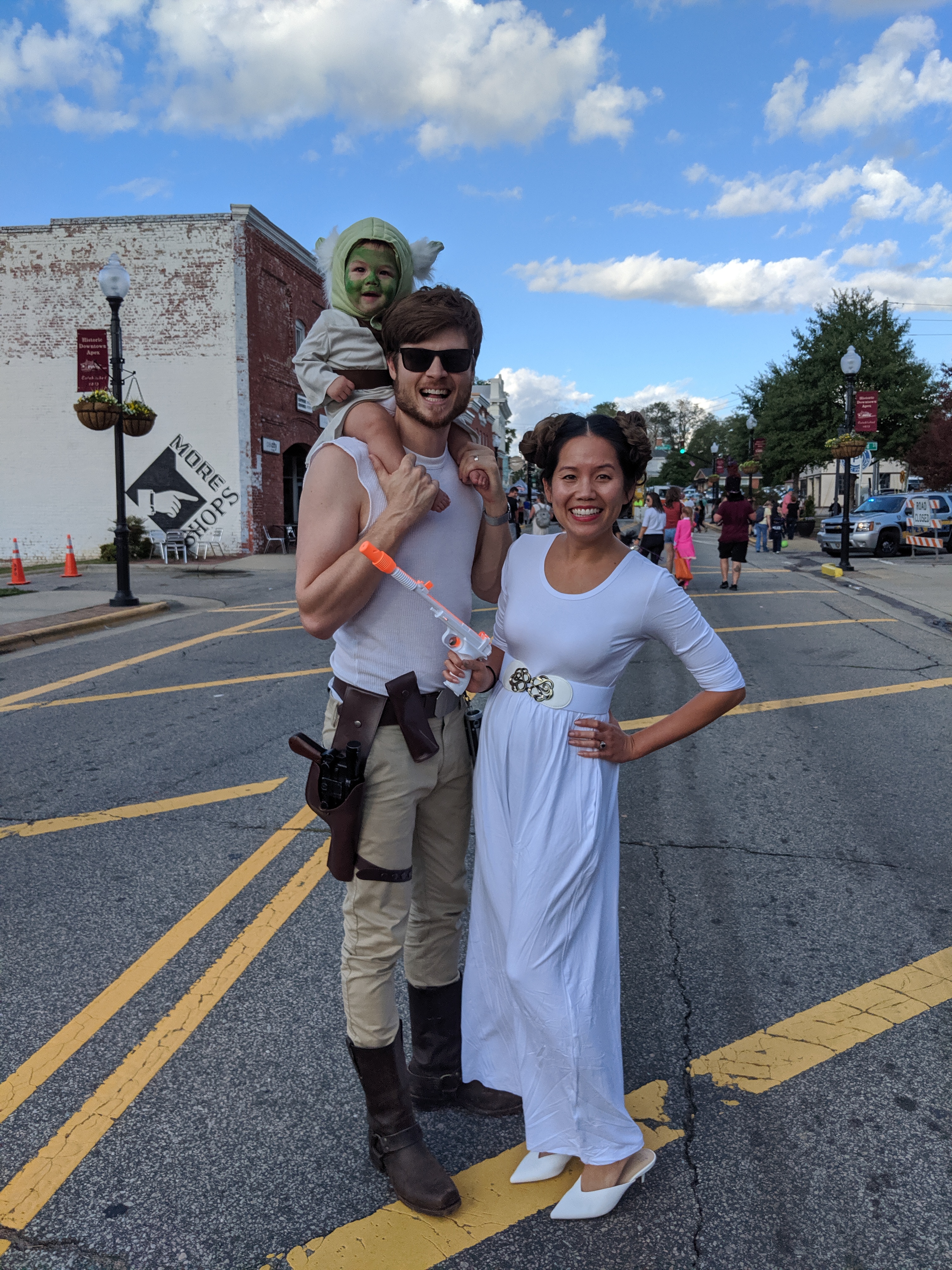 Apologies for the rubies blaster in WHITE AND ORANGE lol. Wifey told me the day before she wanted a blaster, and I was like by all means! it's hanging out side after it's second coat right now!

Gaujo said:
Well the hook didn't get here in time for our town Haloween party, and my "Bespin fatigue" pants were at the tailor, so I had to make do with what I had ready, but we had a good time!
View attachment 1077999
View attachment 1078000
Click to expand...

Thank you Halliwax! It has inspired me to do a more accurate Luke ESB blaster off my 3d print, and work on an Ewok costume for the next little one! If anyone knows where I can find a leather 2" belt, lemme know, I want to upgrade my chinese belt from pleather to leather as well.