$525 + Shipping and tax - gets you:
-model kit that you can build in one of three formats NX, NCC, 1701-B,
- premium decals drawn by Vagabond Decals made by Cartograph that feature all of the markings that ILM used on the filming model only,
-a set of ILM accurate excelsior specific aztek masking set (Lou @ Aztek Dummies Will be offering his version of the masks of course)
-assembles the same way the studio 7 foot model assembles with the same access panels and hatches and almost identical scale down parts-
-ILM accurate color painting chart
-digital booklet with a lot of reference photos of the Bill George studio bottle as well as the Greg Jein version
-certificate of commissioning, signed by George Takei and numbered 1- 25
- Lighting effects kit by Paul @ Stellar FX Modelling Solutions (formerly known as Big Easy Effects)

you have the option to light the entire in nacelle a la Star Trek Voyager or just have the navigational blinking lights in the rear of the nacelles
With the spotlights in the Ford part of the engines.

Also included all of the shuttlecraft George, Jamero, Stark, and Rogers 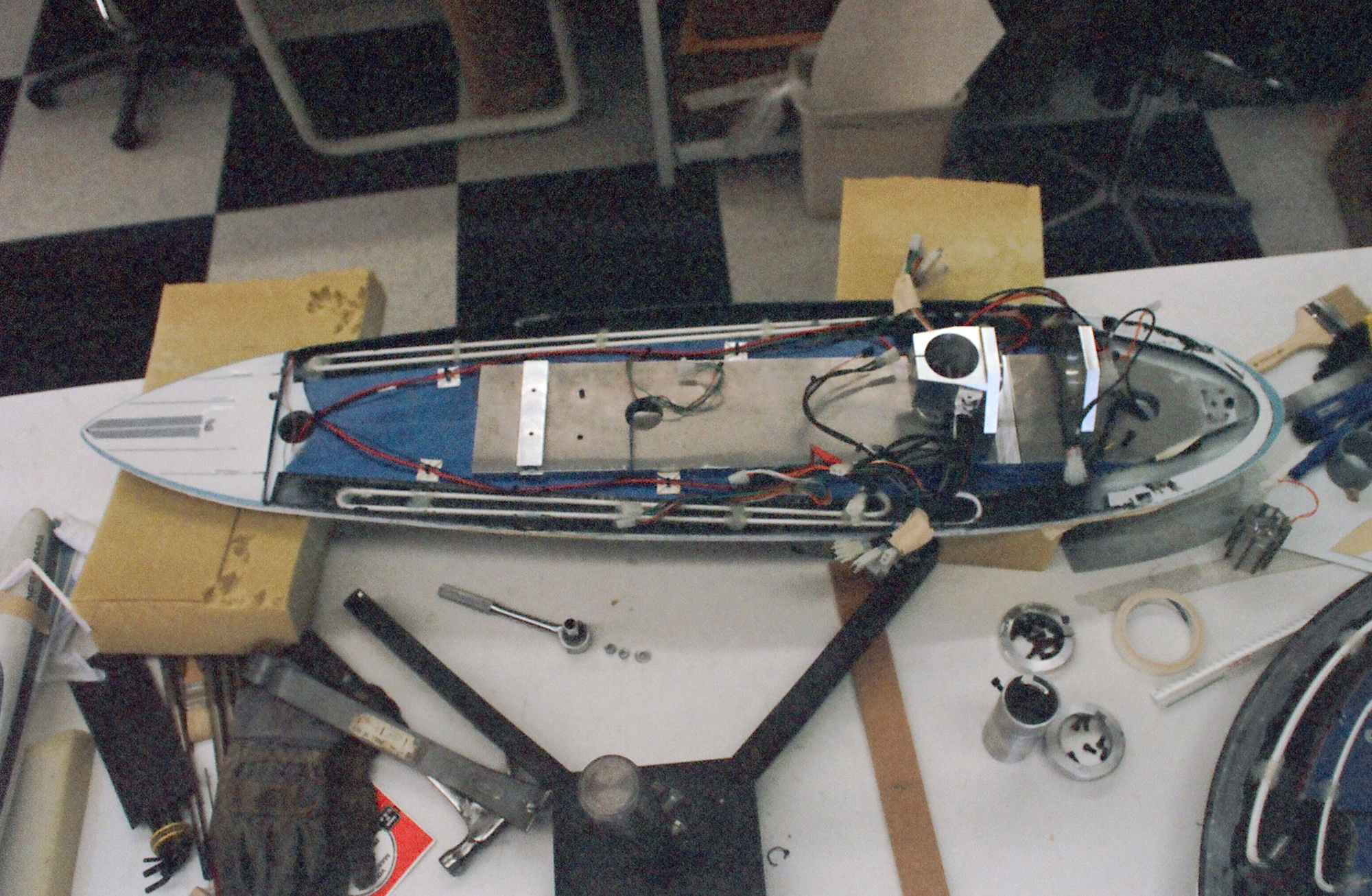 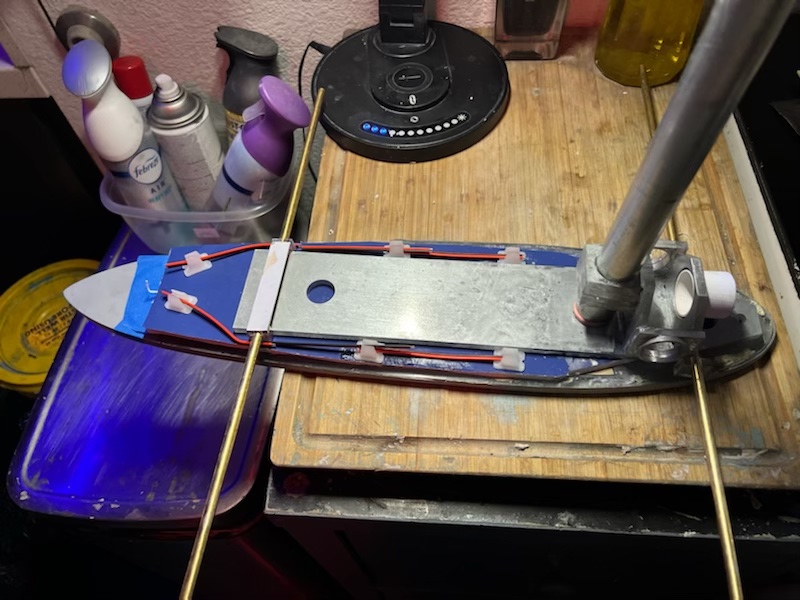 and an early photo of there first master parts thats have been greatly corrected! 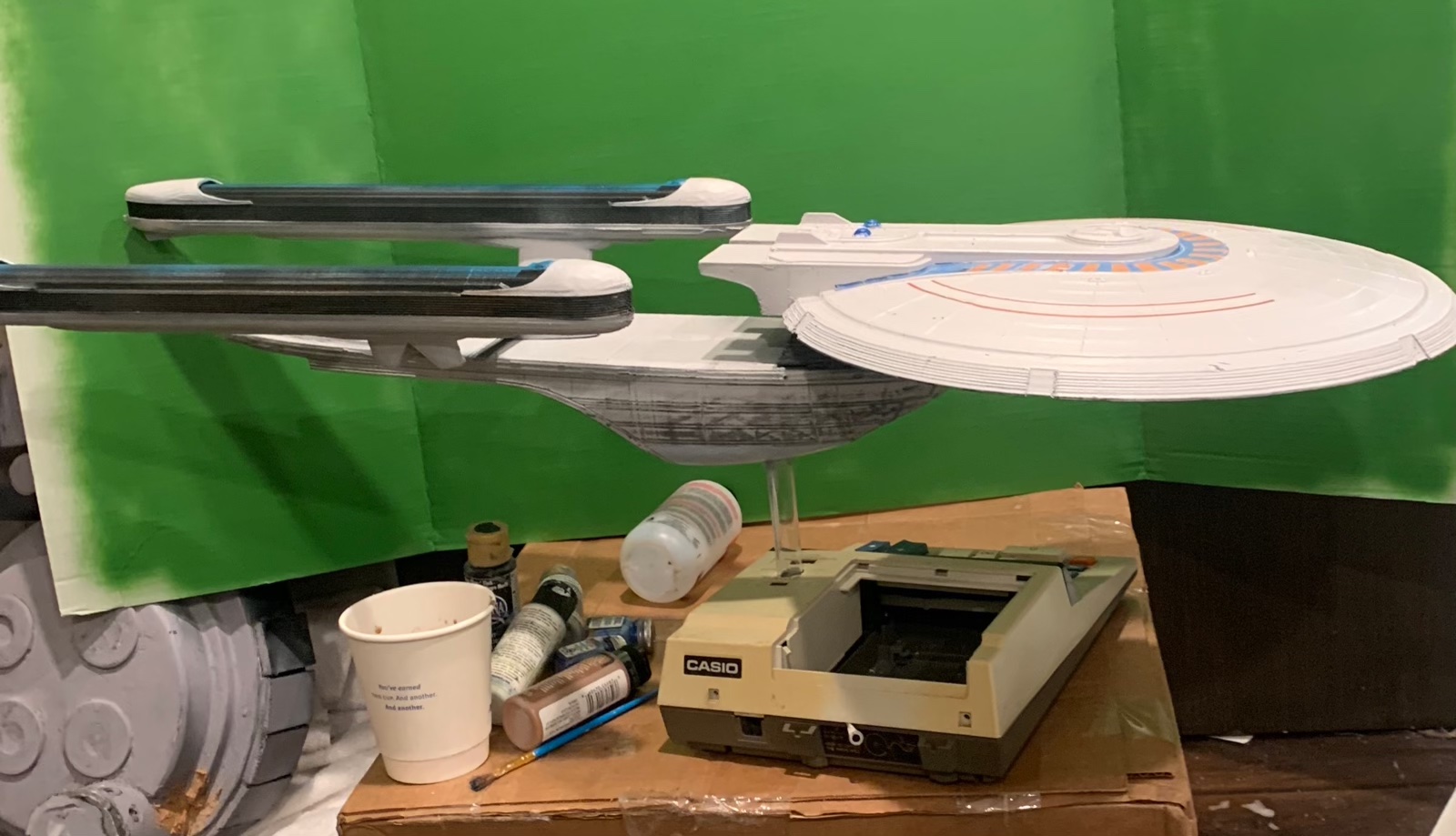 and an early photo of there first master parts thats have been greatly corrected!

Yes that is a vintage Casio calculator being used as a weighted stand.... I have no idea

Mine was ordered in May 2021. They've had a number of setbacks and delays, but Alexander assures the production is still moving along and kits will hopefully be shipping soon. 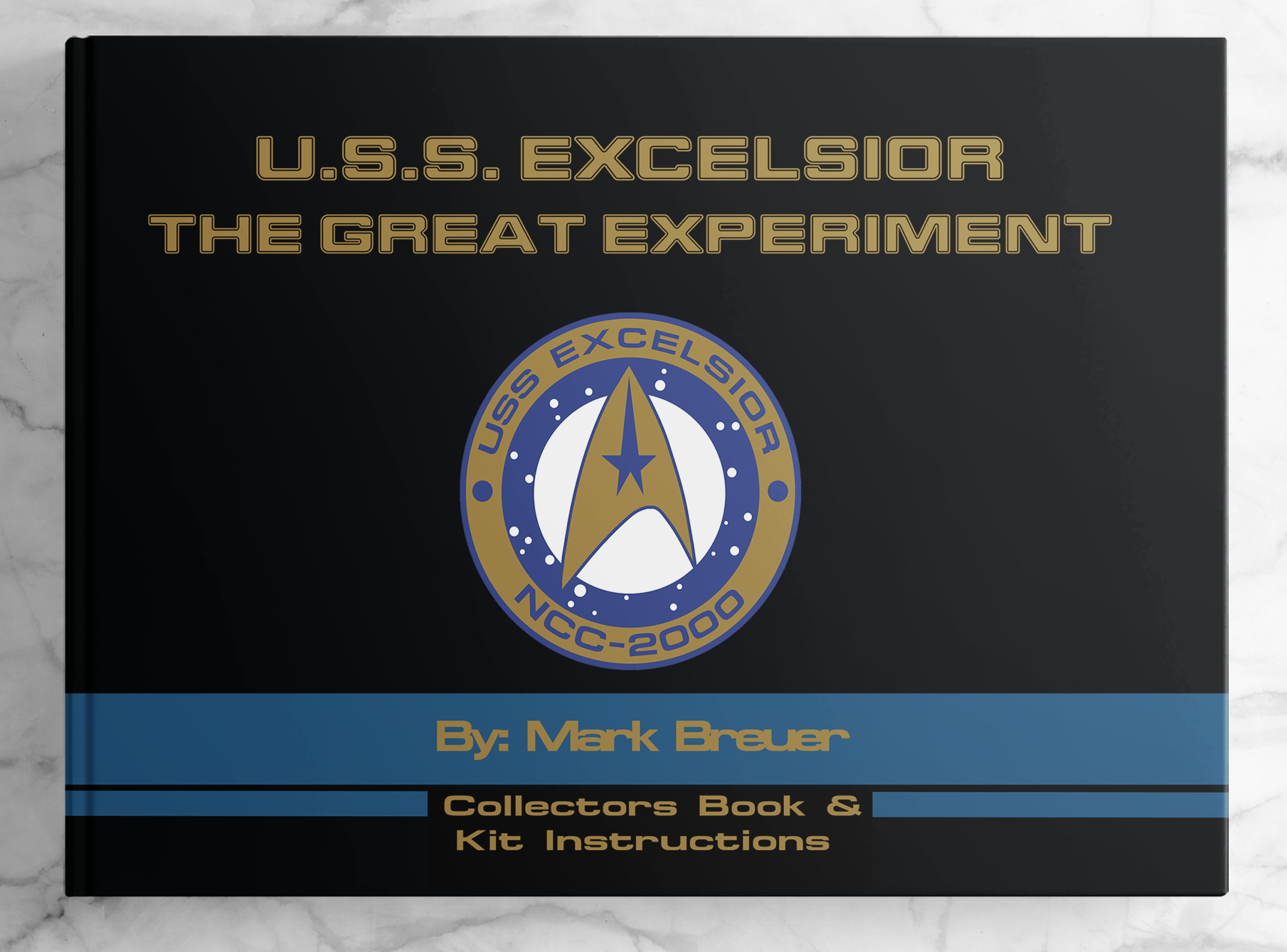 By the way, in regards to the old Lunar Models Excelsior kit, there were actually two kits made - a smaller 3-foot-ish kit and a larger limited edition 4-foot-ish kit. Only a small quantity of the larger version were made, and it was advertised as being "in the same scale as the Ertl Enterprise Refit kit". I've got the larger ~48" kit (still boxed) and can agree it's got a lot of issues - vacuform parts needing an armature for support, a lot of solid resin parts, and a ton of inaccuracies. I bought all of Starship Bob's detail parts for the kit, but even with that the kit still needs a lot of TLC. The impression I get from all my email conversations with the designer is that the Epitome kit will be the go-to Excelsior kit, similar to the 1:350 Polar Lights kits compared to the old Ertl kits.

It does not seem to be available to pre-order on the website?

When I hit Pre-order it said product can't be found.

Send him an email. The site is being updated. I just got off the phone with him talking about the kit for an hour. There are less than 10 empty slots remaining on the pre-order list

Starbase101 said:
Send him an email. The site is being updated. I just got off the phone with him talking about the kit for an hour. There are less than 10 empty slots remaining on the pre-order list
Click to expand...