In trying to find an accurate Korben Dallas Blaster replica, I've discovered that none of what I've been able to find is really doing it for me. So I decided to model my own, and hopefully fabricate it at some point. It's still in the early stages, as I've been spending a lot of time just trying to get the sizing and proportions right, as well as trying to get a 3D model of a Vektor CP1 to work the way I need it to.

My plans are pretty ambitious. I want to try to engineer it to have a moving trigger and slide, as well as some kind of removable clip or clip cover. They wouldn't be functional, really, except maybe to trigger some electronic sound effects, but I haven't put much thought into electronics, yet. That's way down the road and might require a collaboration.

As far as accuracy goes, I'm trying to find a balance between replicating the hero prop and making something that looks like an in-world weapon up close (the actual hero prop doesn't hold up too great when viewed up close, imo).

Here's where I'm at right now. It's just a profile, but I'd love to know what people think and if anything sticks out as particularly off about it. Keep in mind that this doesn't have all the bevels and fillets since those are things I'll add when I model it in 3D. 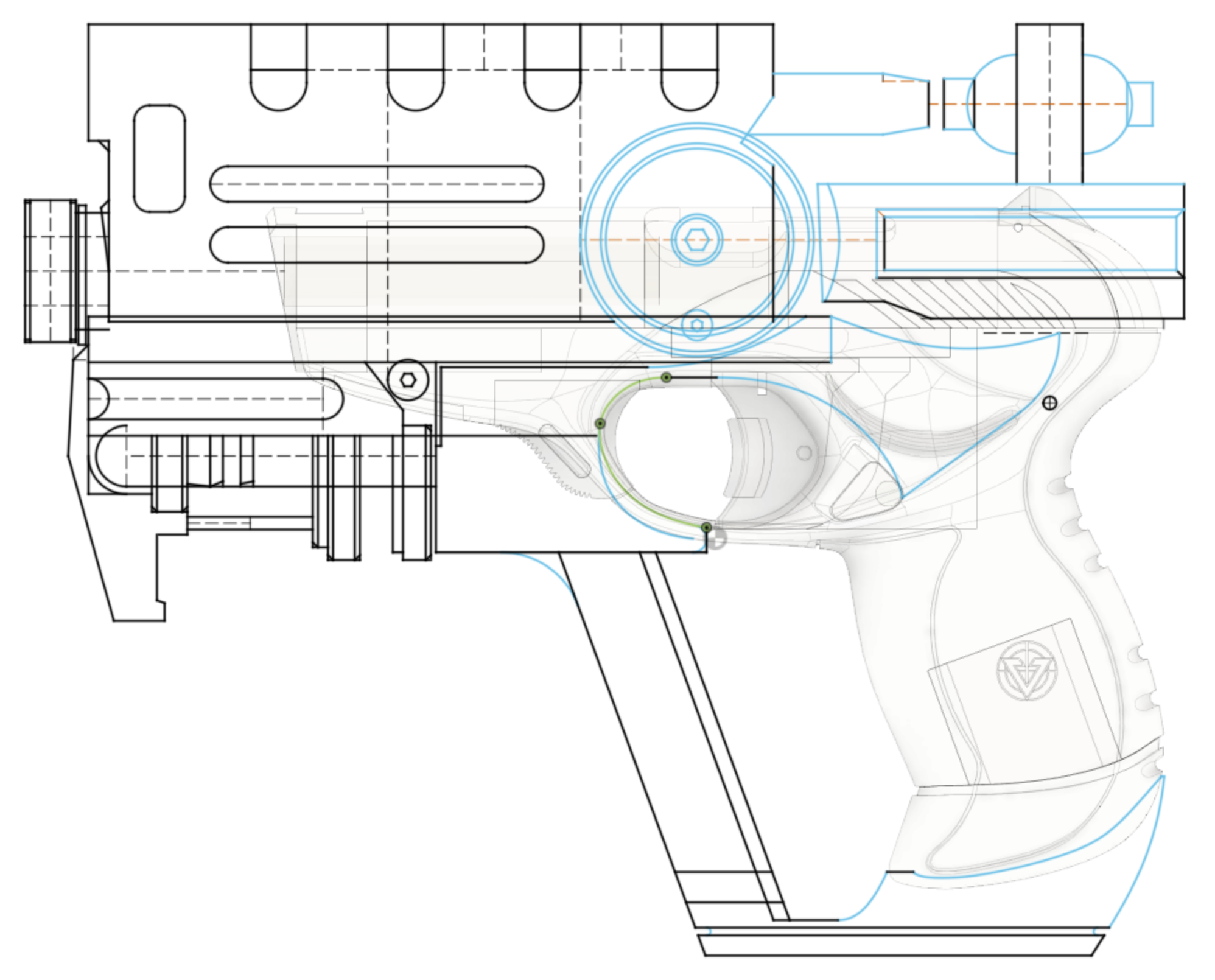 Help with electronics for a Korben Dallas Blaster resin kit?