So over the past 2 months I've been working on terra's armor for the kingdom hearts 20th anniversary event in Austin. I'm nearly done with it but I should share my progress and work flow. I created the 3d printable models for this which you can get on m thingiverse. 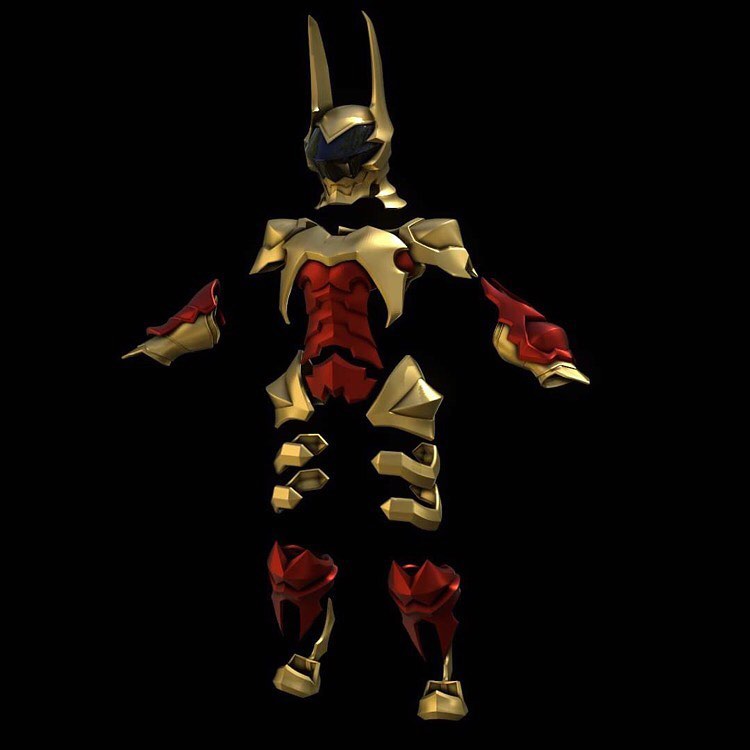 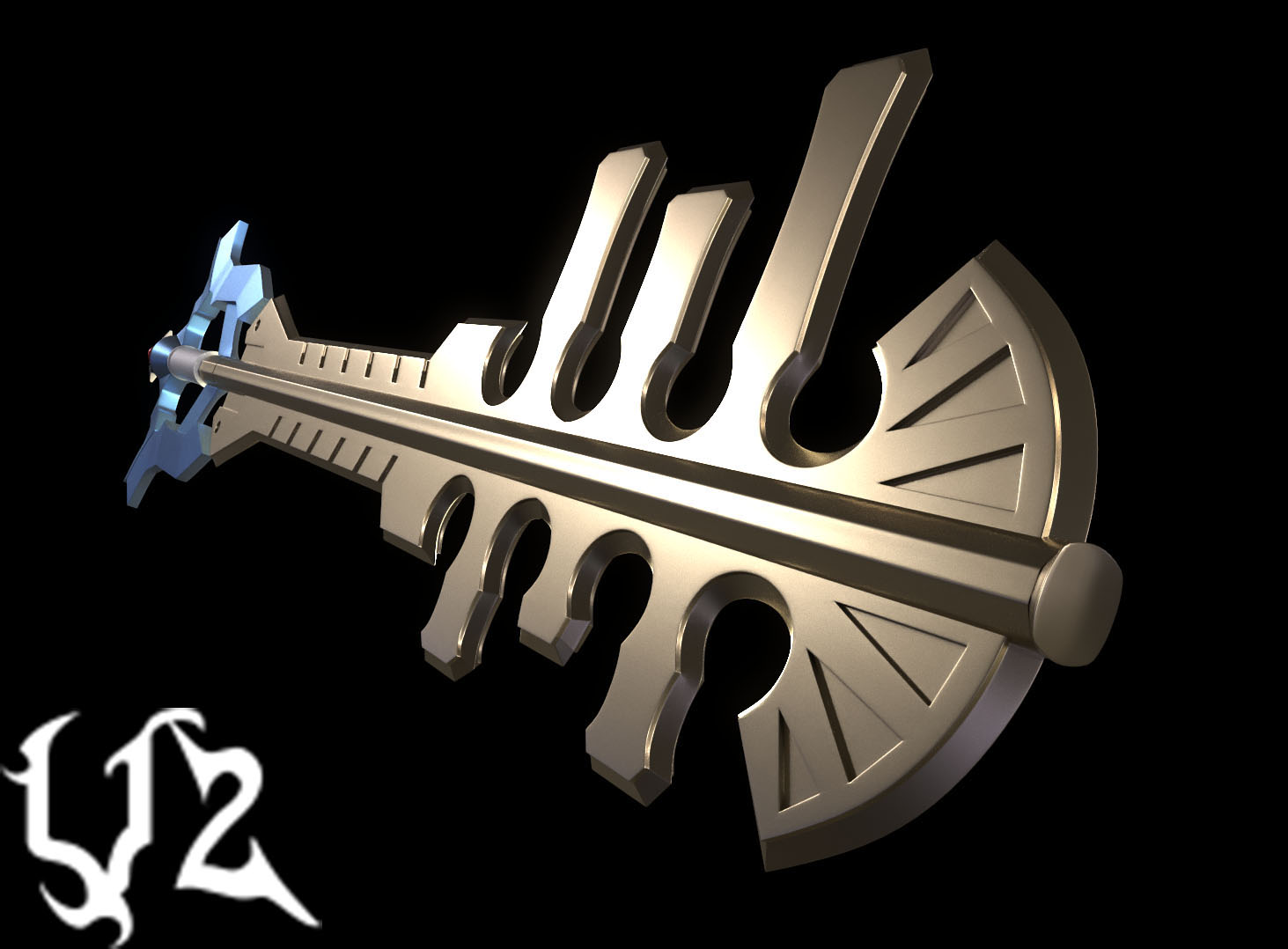 Update 2/03/2022: Fixed the Helm, and visor buck files which were some how distorted after export, also included the neck brace which I forgot to include last time. This is the final change to the helmet I promise. Update 1/22/2022: based on feed back I have remade the helmet and visor as well...

Kingdom Hearts - Ends Of The Earth Keyblade - V2 by BreakerboxCosplay

Almost 2 years ago I created my first 3d printable model, the Ends Of The Earth Keyblade. since then I have learned a lot about 3d printing and about making printable models. While it looks the same I have made a couple of updates to this. First, the pieces are now solid instead of the halves...

Most every piece of the armor is 3d printed with a few exceptions. I'll being doing the boots and and the collar with foam since would prefer them to be flexible. I Vacuum formed the the visor out of a clear PETG an I'm going to dye it black using fabric dye. I custom ordered an under suit to be made but i still haven't gotten it yet so that might be the only thing preventing me from finishing the suit on time, as I need it by the 25th. if i have time after i get the last peice of the armor printed, I''m going to try and print the keyblade as well.

for the 3d printed parts, i fist print them out of PLA, then I rough sand it with 80 grit. Afterward I apply spot putty all of the piece and then sand that with 120/180 grit. I then so a coat or 2 of spray filler primer, then wet sand that with 220 grit. from there I just start painting it with metallic spray paint. 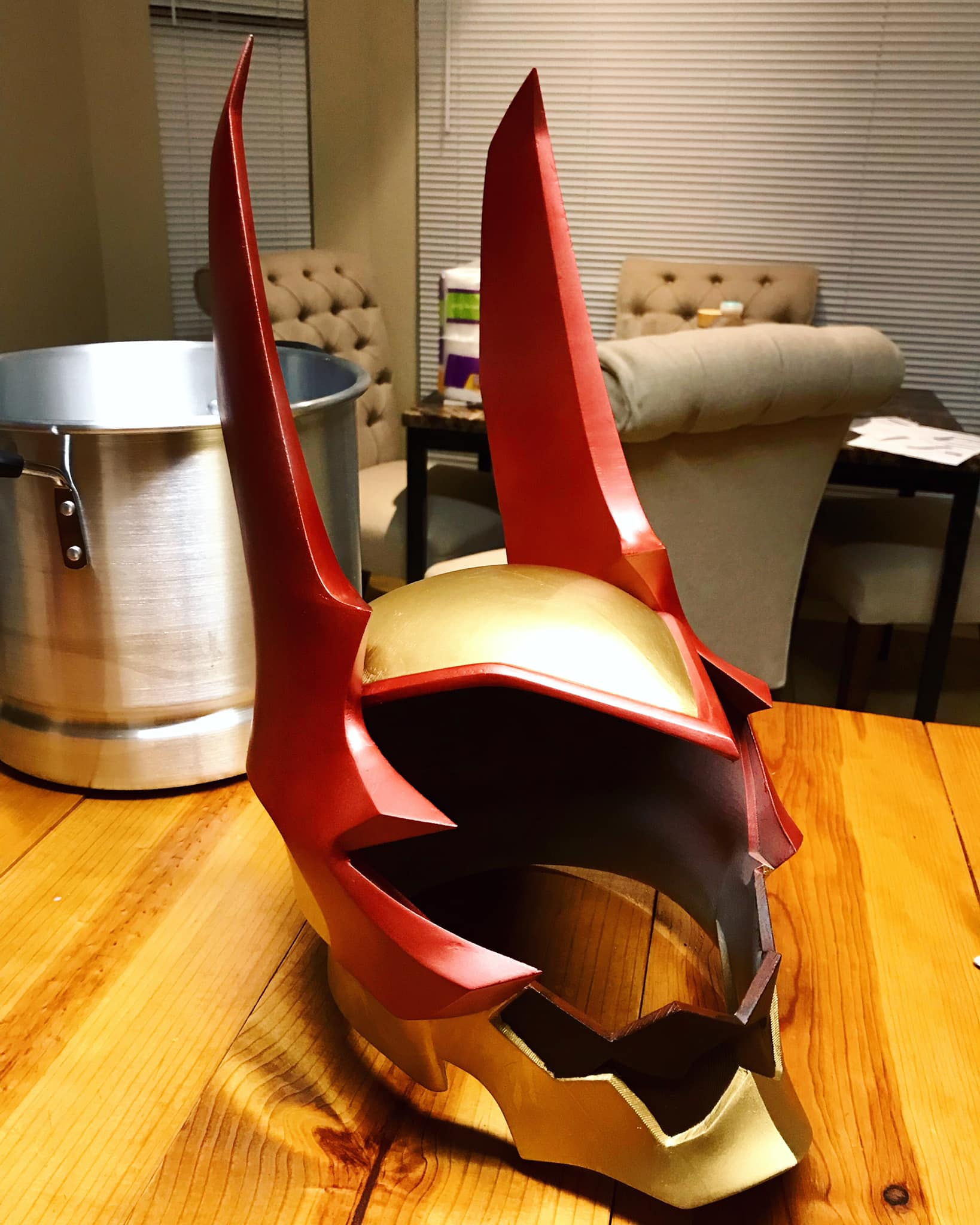 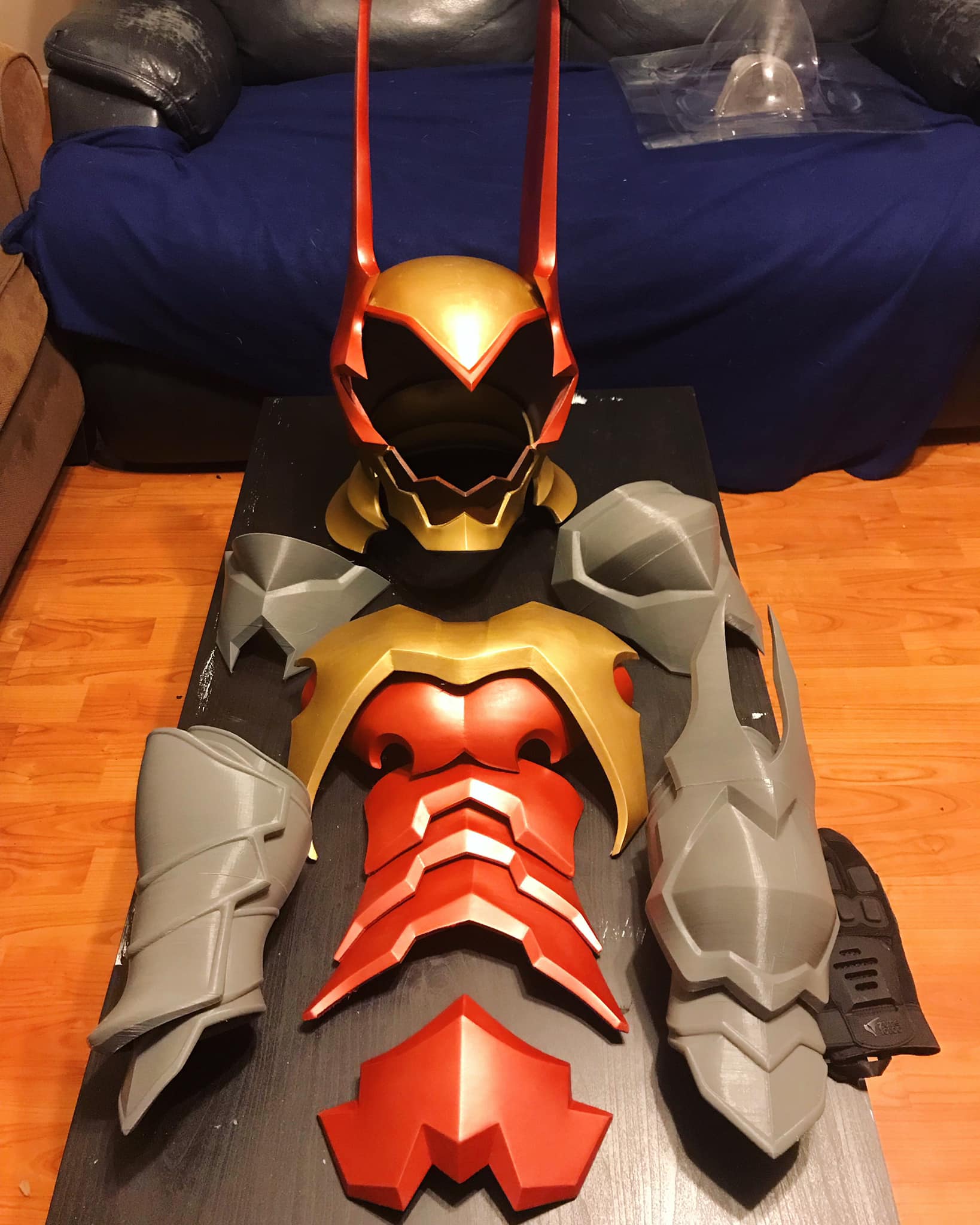 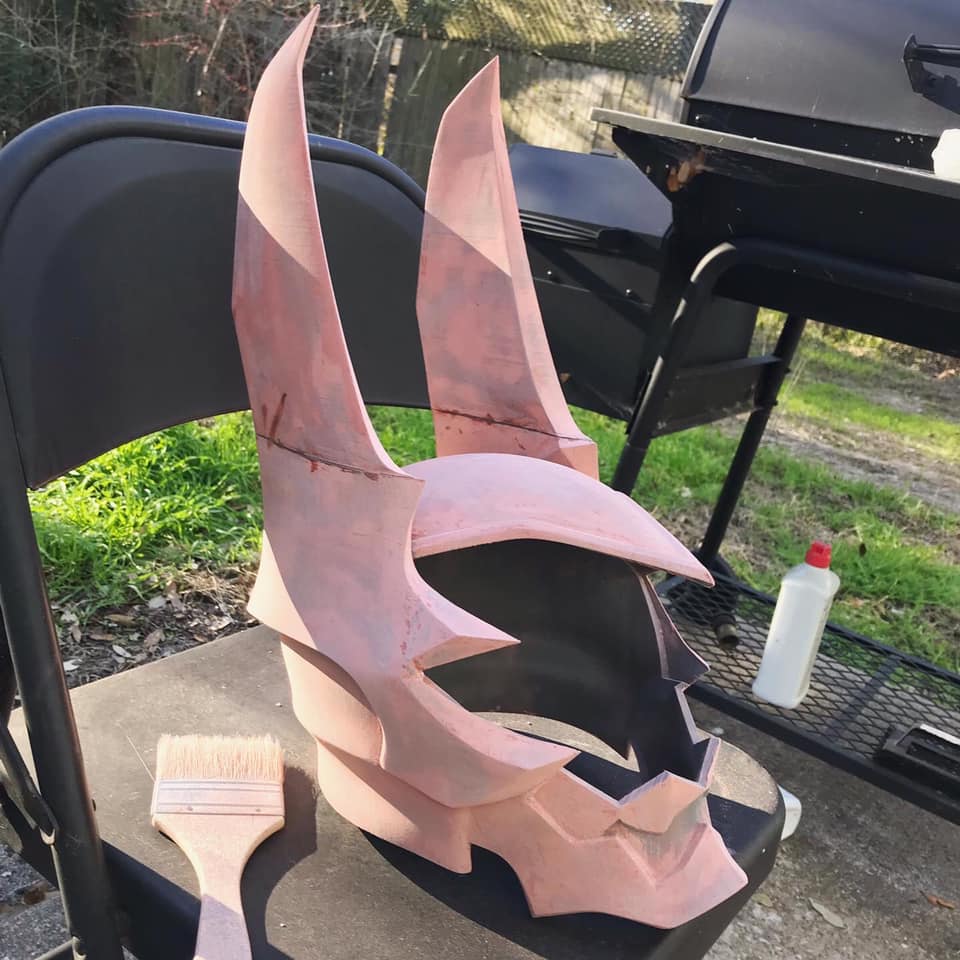 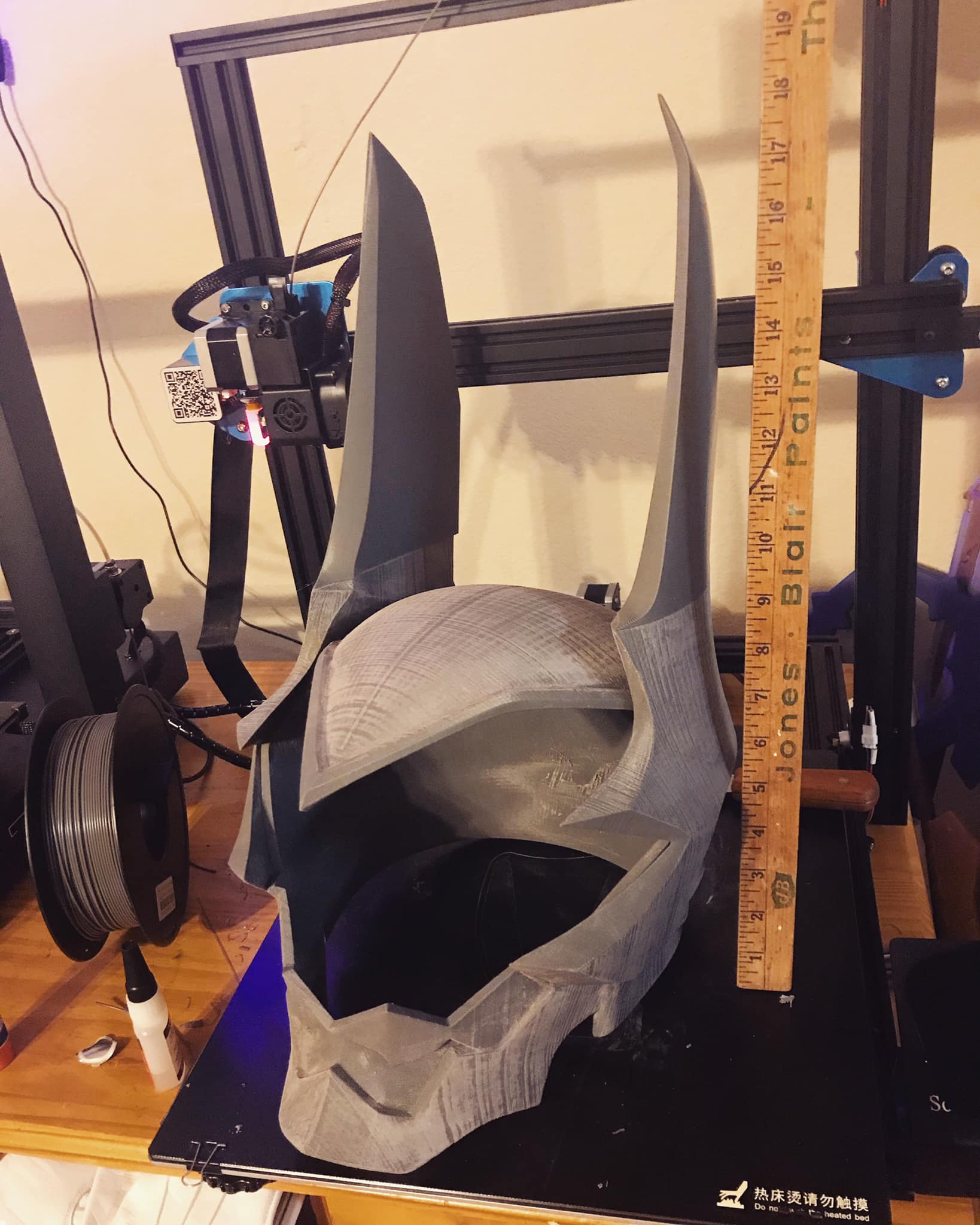 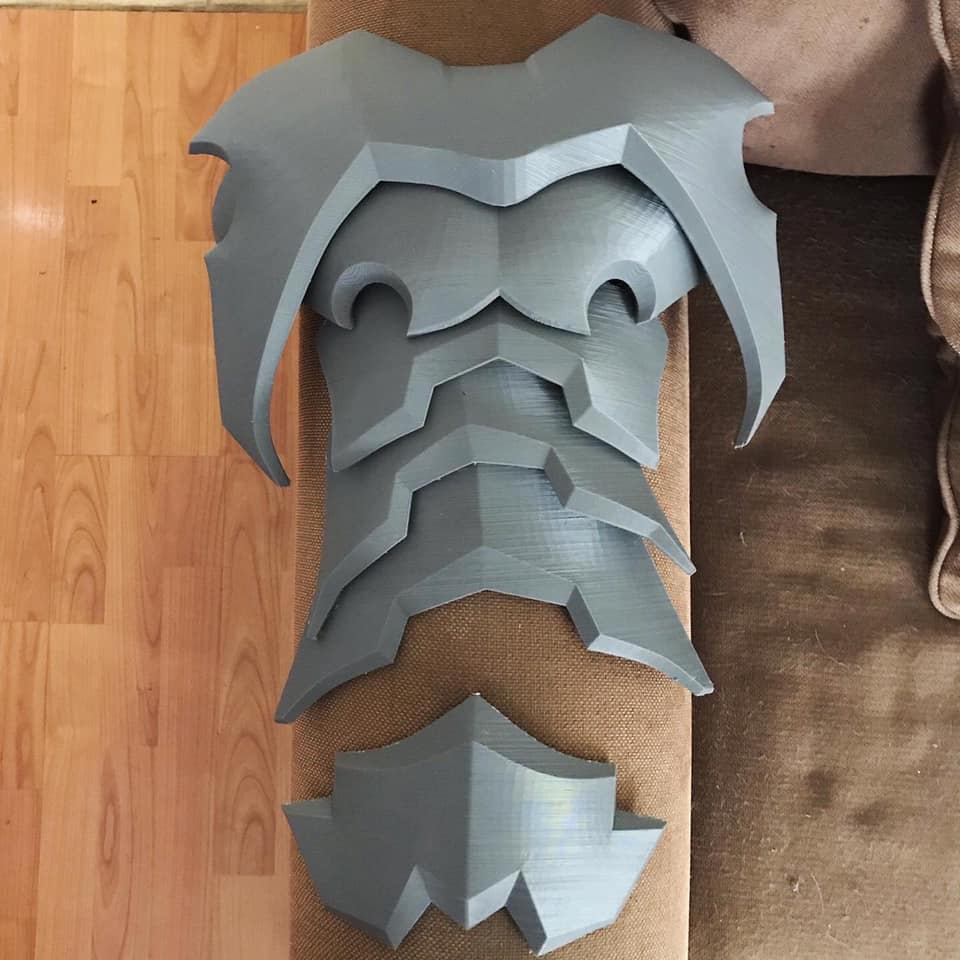 I just finished printing all the leg pieces and are in the last stage of sanding, with one piece left to print. My next update will probably be when all the pieces are are painted before they are attached to the suit or when I start working on the Keyblade.

finally warmed up enough to start painting again, won’t be able to finish till tomorrow. 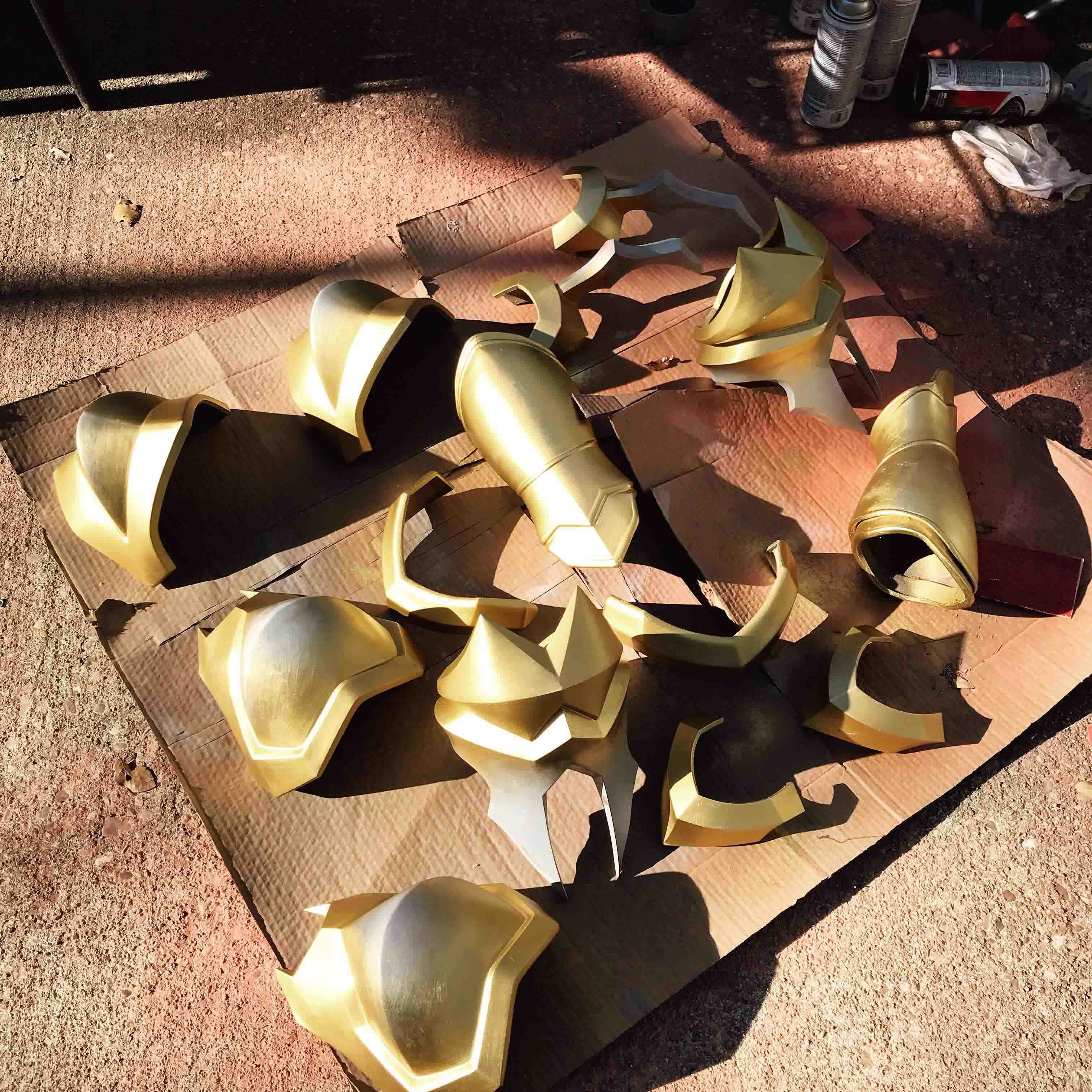 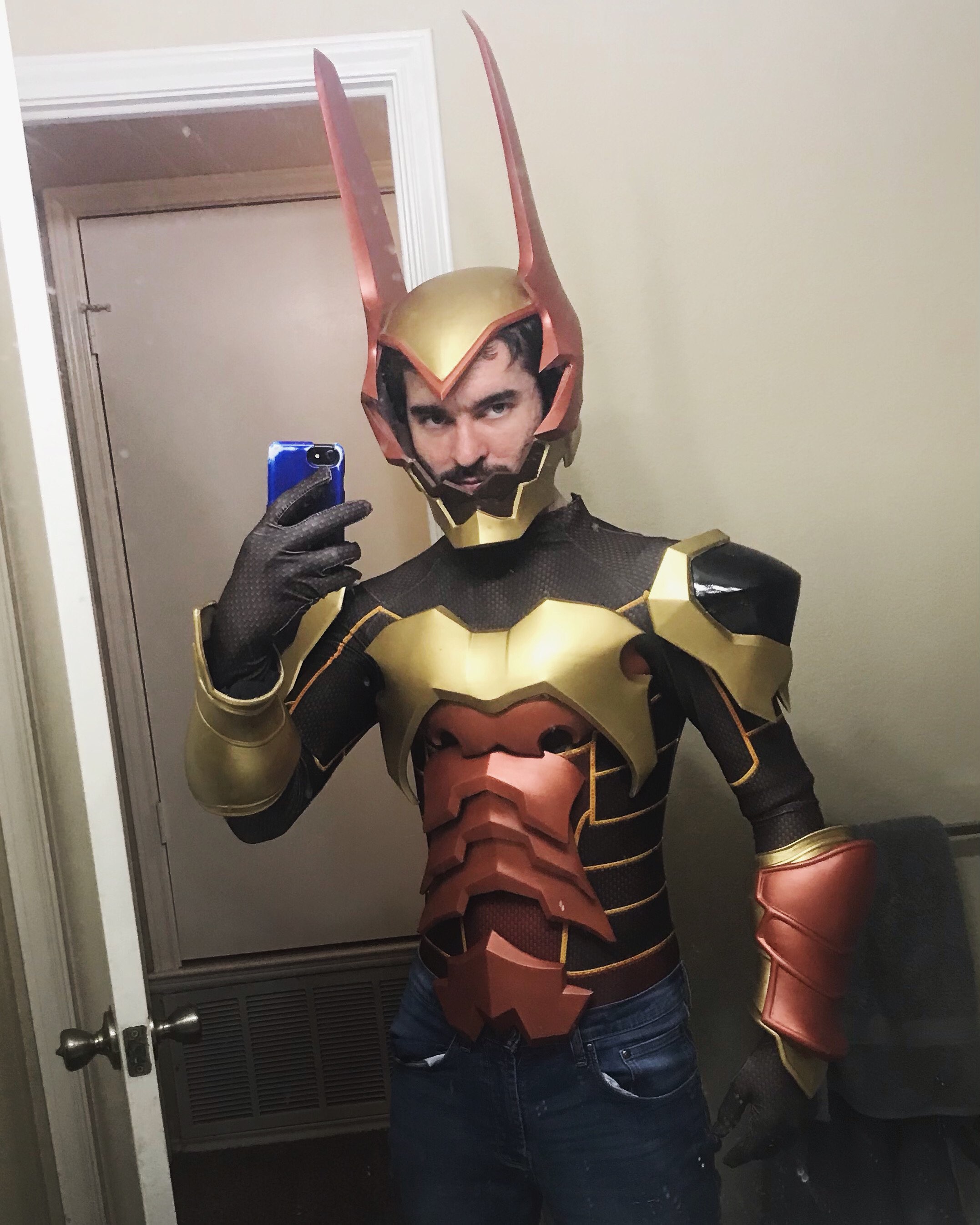