RPF PREMIUM MEMBER
Been working on a thing. Always wanted a Jurassic park gate since I first saw the film but never found one within my price range. So I made one myself. I 3d designed it fully myself in blender which took a few days to get all the references and such and try and get a good size. So i went with 17.5cm as i figured it wasnt too big. 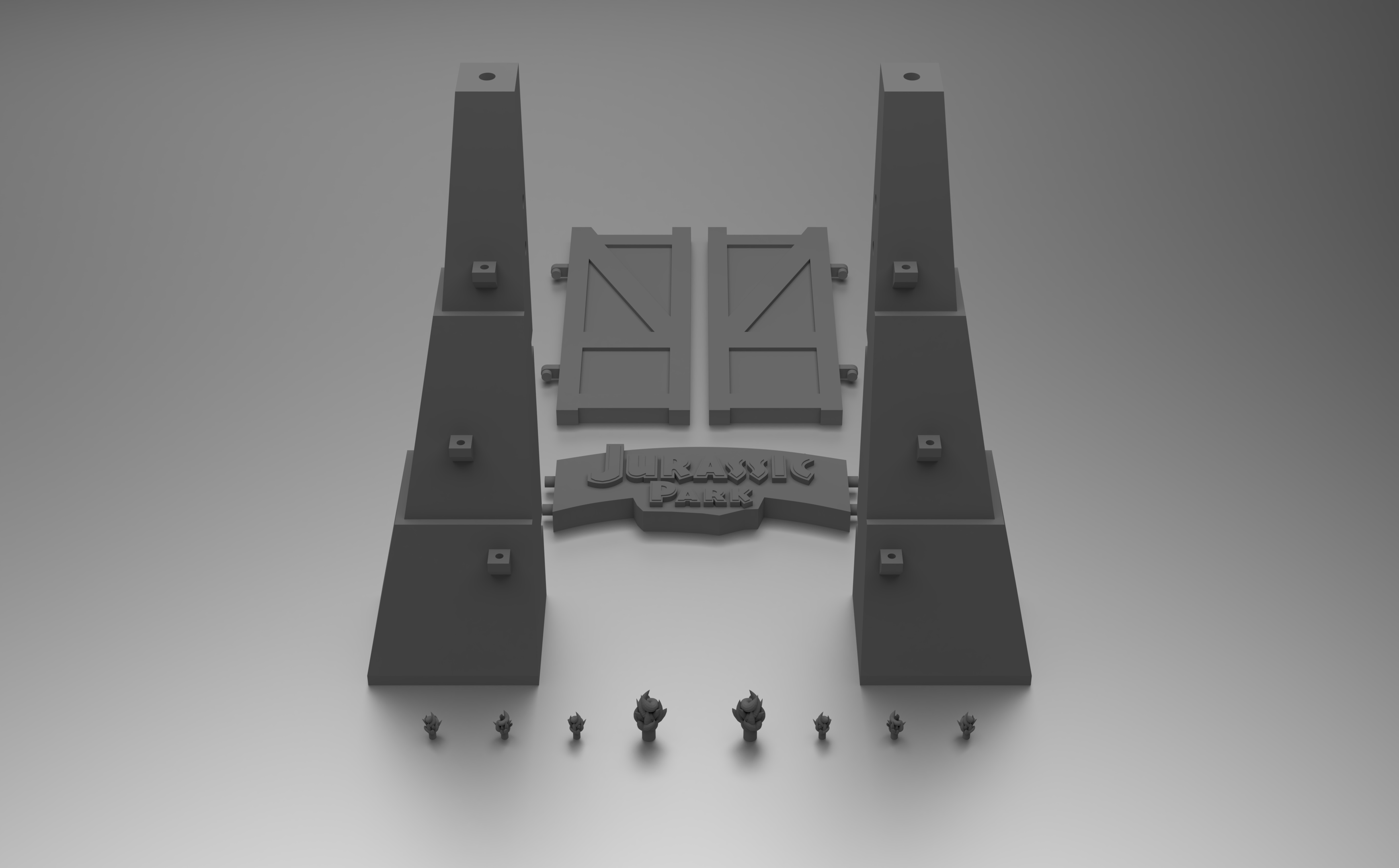 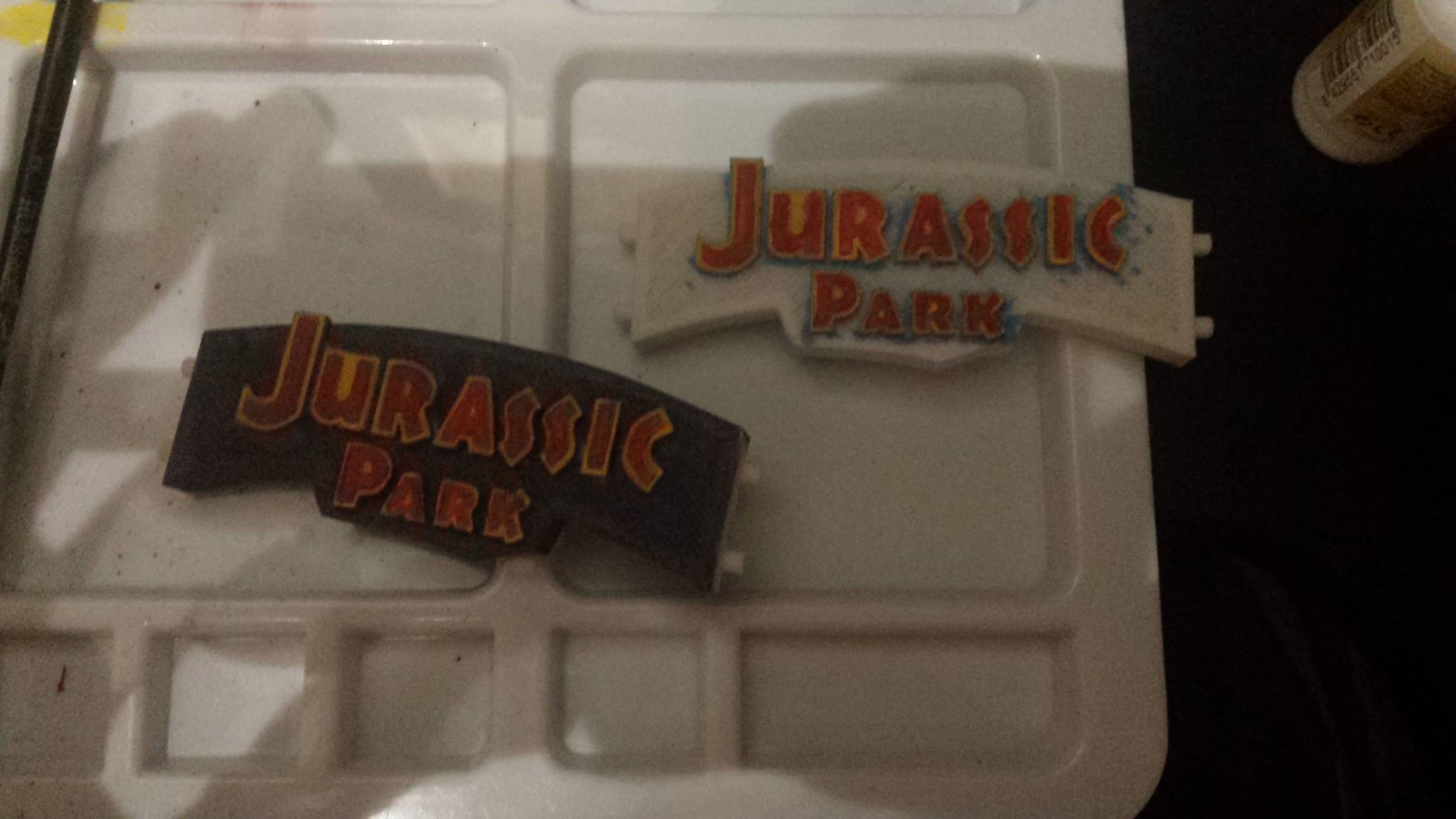 Then i got the fully finished printed kit. Which turned out quite well. Some bits hadnt printed properly due to them being small but i could overlook it. 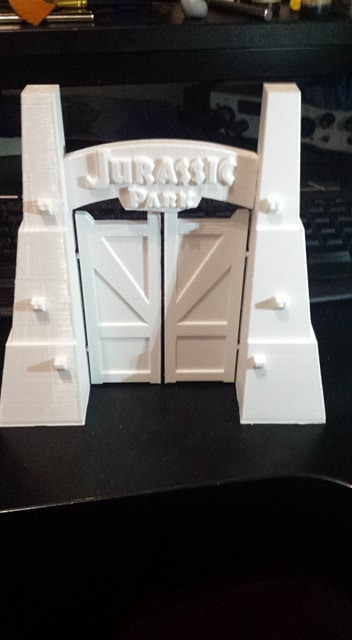 The second i had it i went straight to getting it done up. 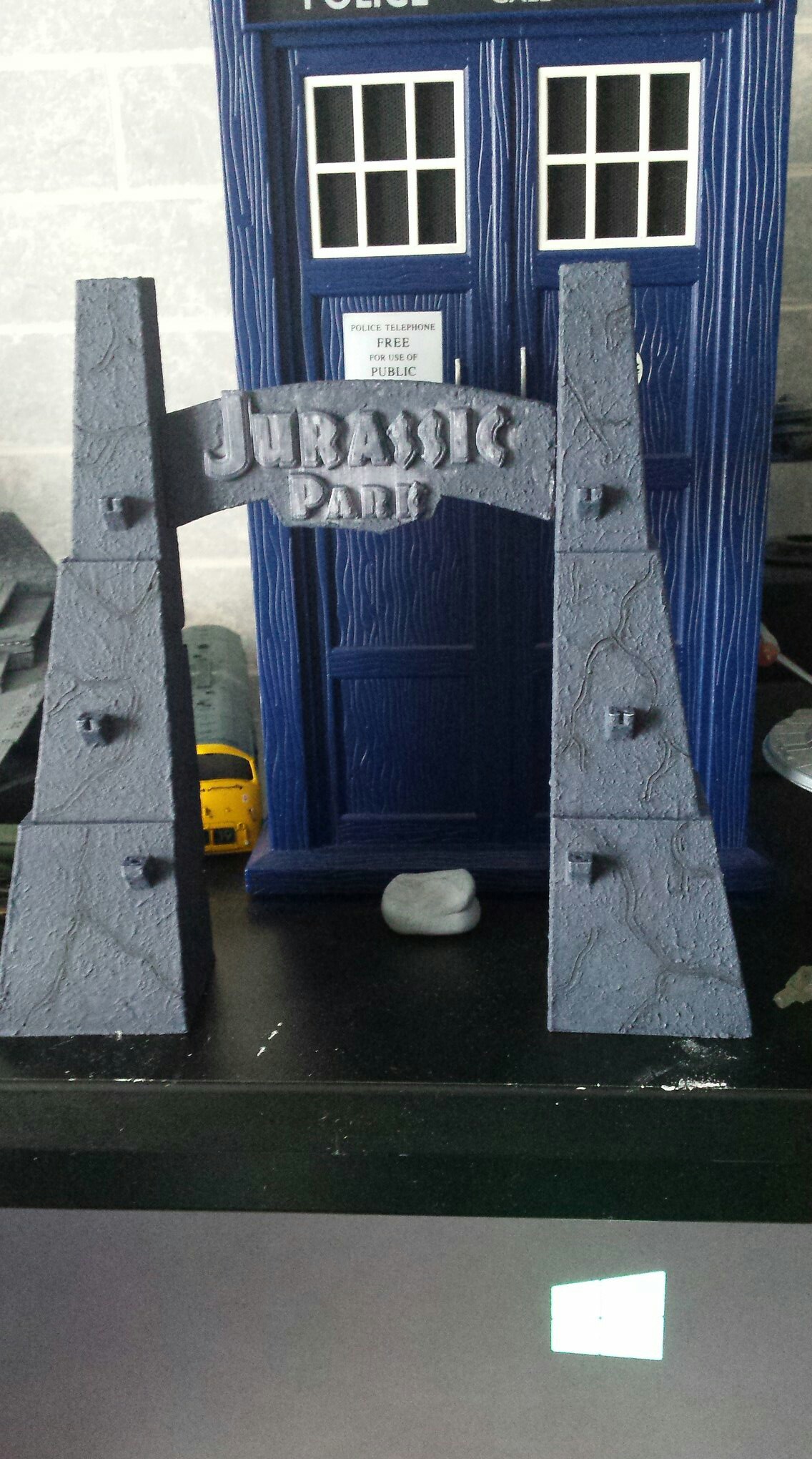 I didnt bother sanding it, I mixed PVA Glue with poly fillar powder and dabbed it on all over. Then using the tip of an airfix glue needle cap. Made lil "cracks" all over to match the actual prop they used. Then painted it all over in a basic dark grey/ blue. Then dry brushed black over the cracks to "highlight" them a bit. 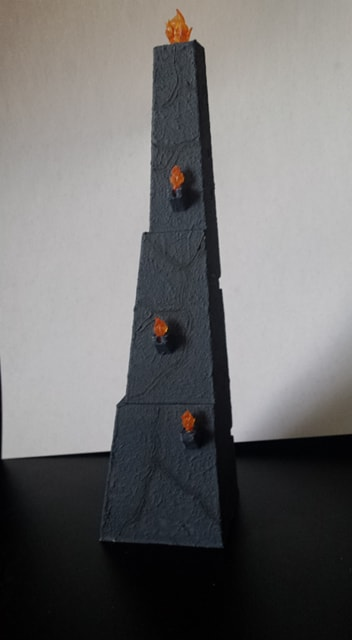 The flames were resin printed, So i just dipped them into an orangey paint i made up then gave them a gloss coat which worked quite well. Then using a similar technique i did on the pillars for the doors, I painted them and had them attached. They go on very easily and come off easily too and can open and close. Then spending an afternoon delicately painting the main sign. I had a fully finished gate! 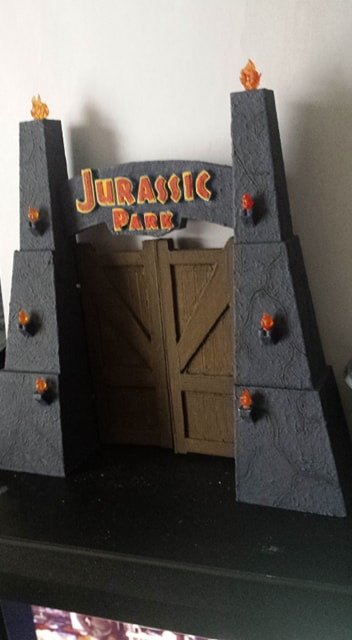 Im very happy with hows it turned out. I have edited the original file a touch to make some improvements here and there. I might give this gate away and start again on a new one but a tad bigger so i might be able to add some LED's in there which would be amazing.
Before anyone asks, Yes i am doing a Jurassic World gate too. I've fully finished that kit file and am hoping to print and get that done soon enough. Im hoping to possibly light it up but im not fully certain yet. I might just do a non lit one first so I know what im doing and how to do it. 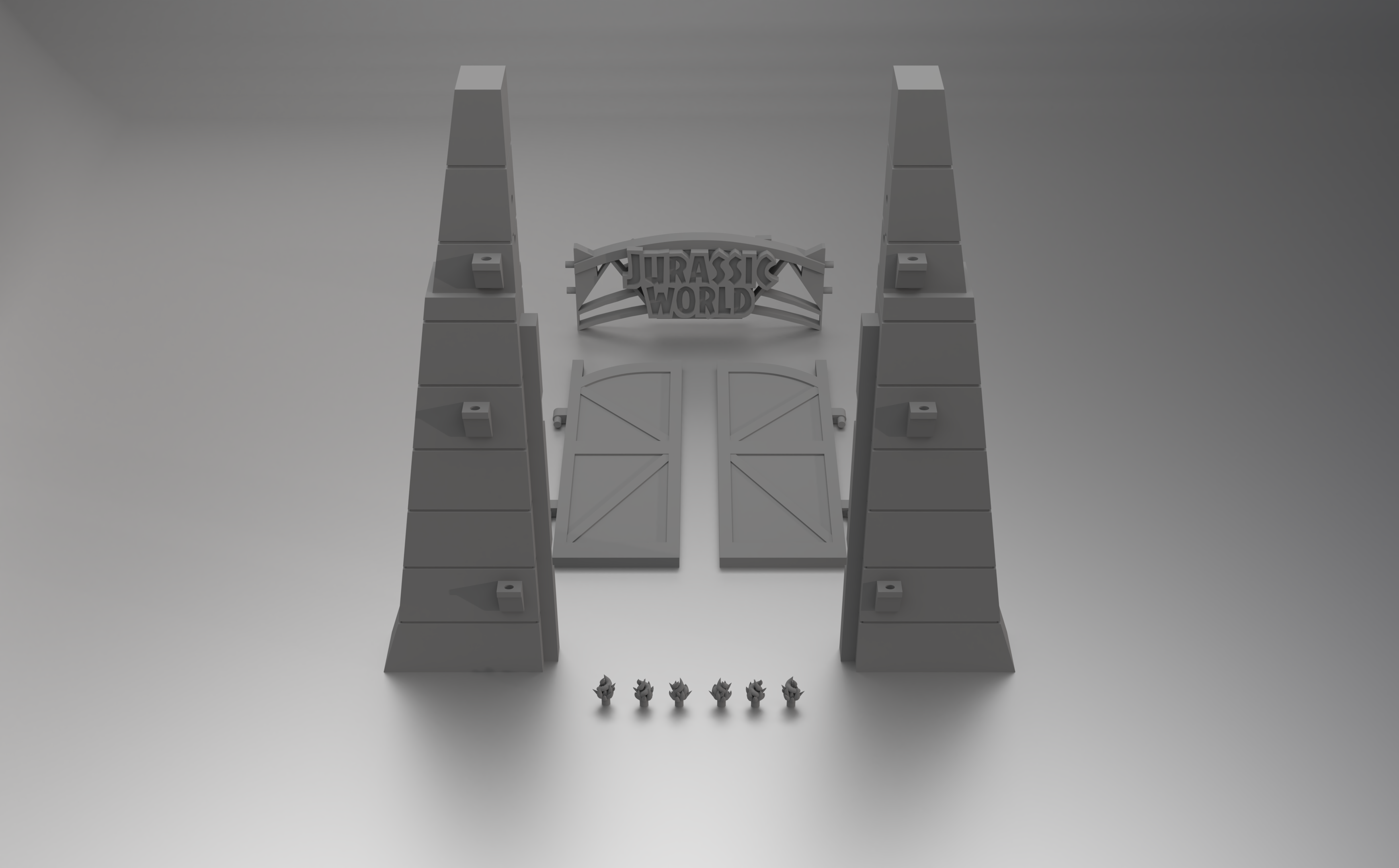 RPF PREMIUM MEMBER
After looking at pics of the actual gate model I have decided to redo some bits, Mainly the "pillars" to be a more accurate shape and such. But able to use the pieces i already have printed. However i have modified the doors for future prints to also be more accurate.