Please pull this off.

And go buy the new toy.

RPF PREMIUM MEMBER
Holy crap I’m just seeing this now.. I can not describe how excited I am for this thread

This looks awesome! Such a cool project too.

I finally broke down and bought a welder so I can replace the dog legs myself. Still practicing on some scrap and getting the hang of MIG welding. YouTube has been most helpful, especially when it comes to welding body panels. Once I'm confident enough to have a go I'll start with the 91 before moving to the 92.

The plexi disc for the steering wheel has finally been ordered and the new scan converter arrived and works well. So much better than the old ones. Next step is to wire in the DC power supply for the computer and start prepping the other electronics. 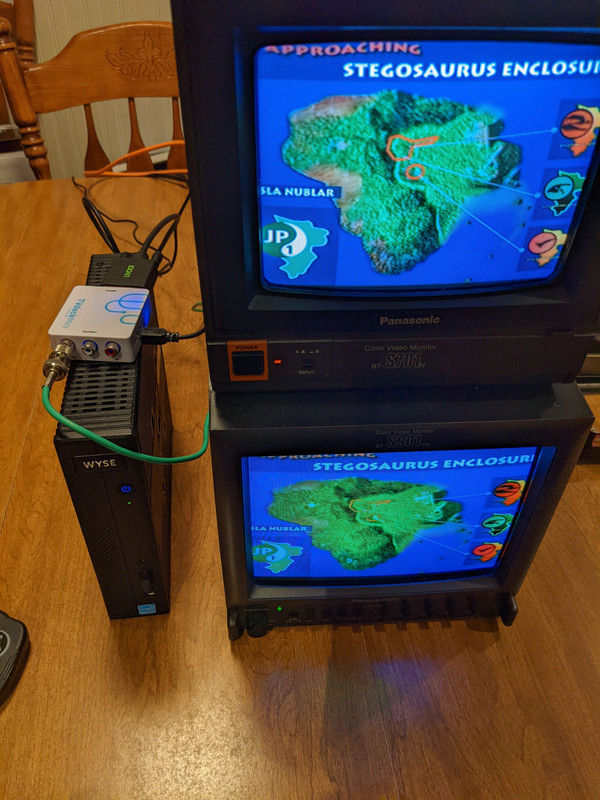 Speaking of center consoles, my cousin has finished painting the wood grain on the dash, console and door handles. Those should be coming back in a week or two and I can cut a few holes in them for the vents, monitors, buttons and such. I'll hold off on installing any of the interior components until the painting is done so I won't have to worry about masking the interior when spraying the door sills.


Halliwax said:
I am dying to see how you make the plexi glass top
Click to expand...

I wasn't adventurous enough to build my own. One of the members of the Jurassic Park Motor Pool tracked down the company that originally made the bubbles for the movie and was able to use the bucks he made to do a run (the company no longer had the original bucks). The availability of the dome is what ultimately made me decide to go forward with the project.