I'm new to this forum. Although right now I'm trying to get a Starlord cosplay done, but my main cosplay has always been Joker. I'm just curious, how many Joker cosplayers are on here? I'd love to see some pictures of what you guys have done!

The main Joker cosplays that I've done are a Comic-styled Joker and Nicholson.

RPF PREMIUM MEMBER
Plenty of Joker cosplayers on here! Just do an advance search for "Joker" in "titles only" in this (the DC) forum and you'll find pretty much all of them. You can get to the advanced search by clicking the little "+" symbol to the right of the search bars.
S

Looking good, where did you get your prosthetics ?

Solefreak88 said:
Looking good, where did you get your prosthetics ?
Click to expand...

No prosthetics, just make up! haha What cons do you normally go to? You look really familiar haha

I've been working on Ledger for a while. I'm saving up for a Baron Coat and a Magnoli vest soon\
.

this is a more casual joker style that i was going for, planning on upgrading soon

I thought that was you! I didn't want to just assume hahaha

I wanted to take the scar concept of the Ledger Joker, make it a bit more streamlined, and have a complete custom suit, mainly dark colours, and had some very dark, almost black green on the hair in only part of the places, this was some time ago.

Here's a pic of me as a Ledger-style Joker.

And a time-lapse video of me getting ready.

well ill guess ill add my pics I did for Halloween makeup and prosthetic took me around 2 hours to complete. only have done it twice so hopefully Ill get better at applying everything.

Also saving up for Magnoli pieces, and better prosthetics. This was my first costume, last week
K

Hi, I think I saw you at RICC this past weekend...Here's mine. I'm looking for the gloves that actually fit a MAN. and I want to do a lining with the grenades too.

Not sure how I missed this thread, but here's mine in 2008. My mother made me the tails in 1989 for Halloween that year.

For this version, I got a lot of elements from eBay -- then it was Rit to the rescue!

RPF PREMIUM MEMBER
My main cosplay for Comic Cons is usually the Riddler, but I have cosplayed the Joker in the past, and I plan on doing so again. These cosplays were mainly for Halloween parties, but I aim to have a Joker cosplay for a Comic Con in the near future.

The first two Halloween parties I went to, I was dressed as the Joker from the New 52 story arc "Death of the Family" - seemed fitting for it being Halloween. This involved me butchering an Arkham series Joker mask and tying a belt to it with metal wire. A blue boiler suit, brown trainers and blood-stained white gloves did the trick.

The third Halloween party I went to (which was last year), I settled for a normal, generic Joker look. My sister did my makeup, which involved a white face paint base with grey and purple contouring (don't ask me for details, because I have no idea XD). I wore an orange t-shirt which had some printing by a good friend, which read "I killed Jason Todd, and all I got was this lousy t-shirt". I also wore a purple tailcoat from Hello Cosplay (really good, it's lasted me years), purple trousers, white spats and black shoes, and blood-stained white gloves completed the look.

I have no photos at the moment, but if I find any, I will update this post

Hello! Here you have some of my Jokers. I have plenty more versions =) 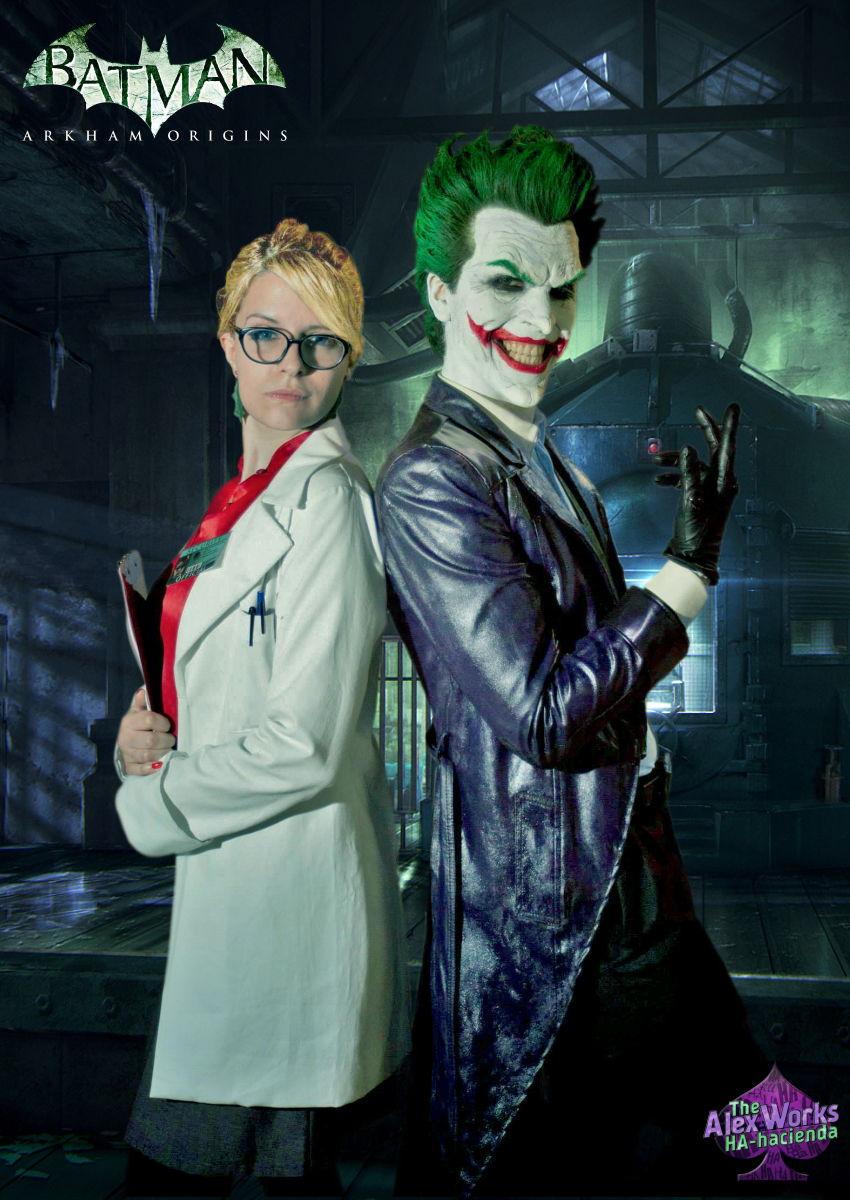 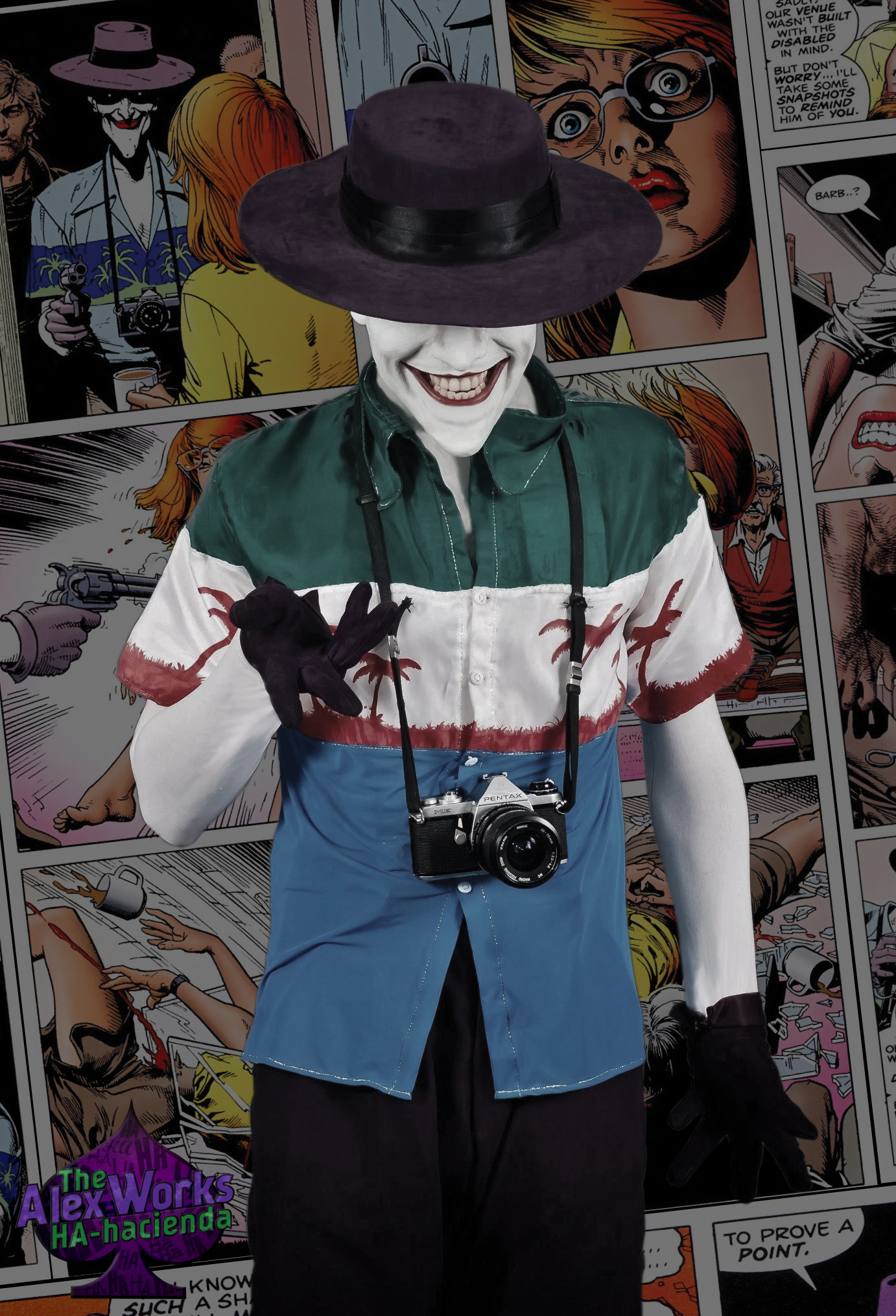 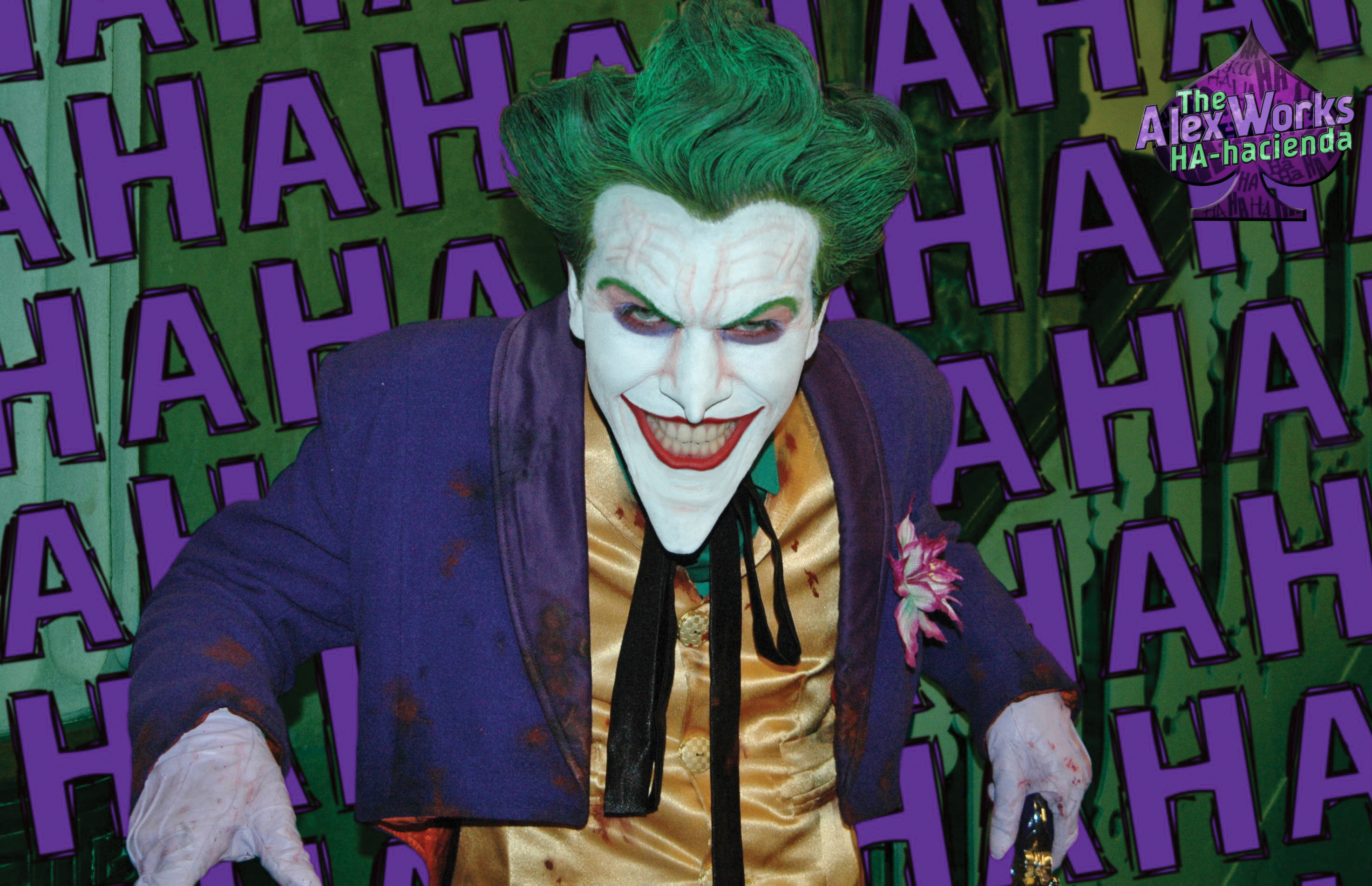 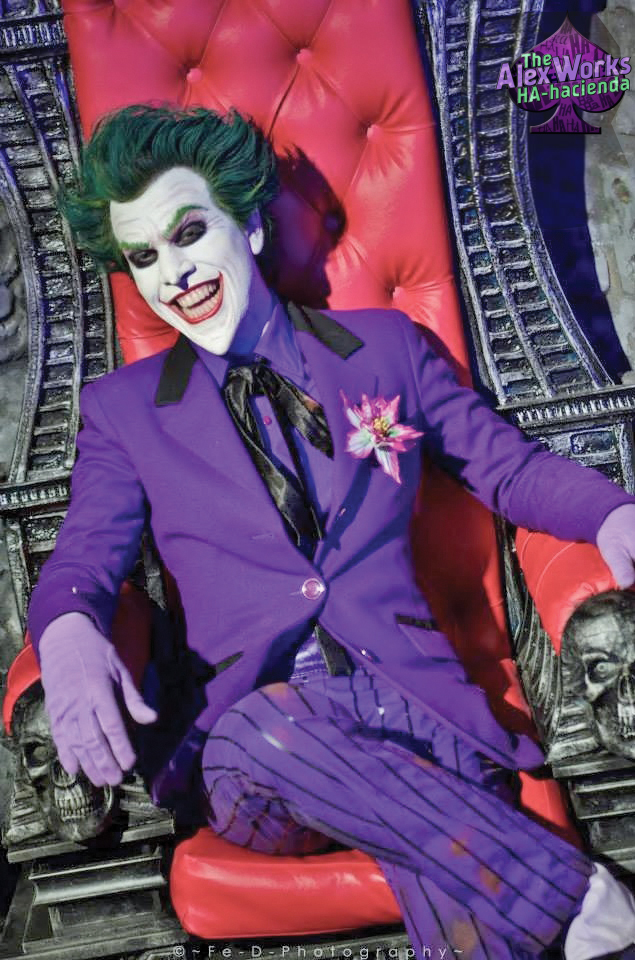