RPF PREMIUM MEMBER
Reports are that WB are giving him an additional $20-$30 million to complete unfinished elements. Looking at a 2021 release.

I personally REALLY want to see this, but I know that his entire 5 film vision won't be completed.

Maybe they could go the animated route? It's been the talk of social media for over two years now and after rumors, petitions and an ever-trending hashtag, it appears Warner Bros. is finally giving fans what they wanted and has unveiled the Zack Snyder cut of Justice League.

Who knows? Maybe the Snyder cut makes WB rethink their plans for JL/Superman/Batman. The Whedon version had so many bad scenes that were obviously tacked-on to change the tone of the movie (the one scene with Lois and Martha in the break room really stands out in my mind). Looking forward to seeing what Snyder was really going for.

I hope they break it up and show all 5 hours that Snyder has touted of having - and not some 2 hour edited version.

RPF PREMIUM MEMBER
Yeah...I heard one rumor that it could be a six part mini.

Usagi Pilgrim said:
Yeah...I heard one rumor that it could be a six part mini.
Click to expand...

Honestly, that would probably be best. One of the things the DCCU was lacing was the build up. They either needed to wait longer to do a justice league flick, or to just do a stand alone justice league movie right out the gate, and be honest that it was an ensemble film franchise.

Overall, I did not enjoy Justice league. That said, I'm fine with them taking another crack at it. I would love for us to eventually end up with some more proper DC films, and if this moves us that way, so be it.

I enjoyed Aquaman and Shazam (and Joker was really well done, but, it's so stand alone I don't really see it as speaking poorly of or well for the DCCU), so they can make movies I like.

RPF PREMIUM MEMBER
Since the buzz started about the existence of this cut, I've seen a lot of material on what Snyder had planned, & I thought it was a well conceived story. The problem was, anytime you're trying to tell a multi-part story in today's critical culture, any seed planted or incomplete character arc becomes 'plot holes', or 'lazy writing', or any of the other crap that gets thrown around by critics. I've felt it's like judging a book as a whole, by critiquing a particular chapter.

I think of the LOTR trilogy. I know SEVERAL folks that saw Fellowship, & left the theater pissed that there wasn't an 'ending' , but those that knew what they were in for were cool with it, & looking forward to the next, I guess installment, of the story.

If WB had come out before MoS & said that this was going to be an epic, 5 part story, & something never tried before, these films may have been received differently, but NOTHING in the actual scenario that played out says that they had either the forethought, faith, or leadership to back a storyteller's vision.

I swear, I'm not a Snyder apologist, & I have SEVERAL things that I didn't like about, say, BvS. The entire fight between the 2 could've been avoided with Supes hovering in the air & telling Bruce what was going on. Stupid!

But when I look at Batman in the same film, to me & me alone, I see part of an arc.

Batman DOES NOT kill. It's been his rule since he started, but I don't think we'd seen in film before, a Batman this old, this jaded, who had suffered this much loss. This was one who just said, screw it, all bets are off to get the job done. It WAS NOT Batman. I wholeheartedly agree, but I saw a redemption arc coming with him recognizing Clark's sacrifice inspiring him to be Batman again. To be a leader the future League was going to need.

Again, just sharing my take on what I enjoyed & didn't. I guess I just saw potential & am interested in seeing if he could stick the landing in a satisfying way.

I've heard people say the effects of a movie looked like a video game. The last, what? 3rd? of JL.......i've seen numerous video games that looked much better. I think the whole damn segment was a green screen.

As for arcs...i think any arcs that may be perceived are largely coincidental/accidental.

I also don't see anything that resembles a 5 part thing that's never been tried before.

cboath said:
I've heard people say the effects of a movie looked like a video game. The last, what? 3rd? of JL.......i've seen numerous video games that looked much better. I think the whole damn segment was a green screen.

As for arcs...i think any arcs that may be perceived are largely coincidental/accidental.

I also don't see anything that resembles a 5 part thing that's never been tried before.
Click to expand...

The 5 part story is just what was revealed after the fact. It was leading to Darkseid & the Knightmsre scenario Bruce visioned during BvS. There were to be bits of Flashpoint interspersed throughout as well, such as Jeffery Dean Morgan appearing as the Thomas Wayne Batman from that storyline.

It's also been stated that things such as the effects, appearance of Steppenwolf, & color palates were choices made after Snyder's departure as a result of Whedon's story changes.

RPF PREMIUM MEMBER
I can't imagine how that movie could be salvaged, MOS was pretty bad but BVS was even worse. Nothing against Snyder (I like some of his films) but he got the characters so wrong in the first 2 installments that I have little faith he could improve on the dumpster fire of JL.

RPF PREMIUM MEMBER
I don’t know. I don’t think Snyder’s vision was worth a darn in any of his DC movies. There’s a big reason Warner spent the money to bring in Whedon and do reshoots, and it was after they watched the rough cut. Yeah, studio meddling ruins a lot of flicks historically but they obviously watched It and freaked out.
It might have been tonal.
it might have been characterization.
It might have been an overlong mess that wouldn’t give the box office returns they hoped for.
MOS was a problem for me, BVS an outright disaster. JL played okay as I waited for home video, wasn’t great, wasn’t too horrid, but I haven’t rewatched it, either.
Might be interested just to see for myself but I’m not going too far out of my way.
Last edited: May 21, 2020

What exactly did they say was different about his cut? I'm trying to remember. Wasn't it quite a bit longer?

Rusty85 said:
What exactly did they say was different about his cut? I'm trying to remember. Wasn't it quite a bit longer?
Click to expand...

What I've heard is it's practically a whole other movie.

I'm curious about it, but not expecting it to suddenly meraculously transform into the best movie ever. Has everyone forgotten how bad BvS was?

Rusty85 said:
What exactly did they say was different about his cut? I'm trying to remember. Wasn't it quite a bit longer?
Click to expand...

More in Atlantis that sets up Aquaman.

More info on the Mother Boxes that make them sentient.

Payoff of the Martian Manhunter setup.

Scenes in Arkham between Batman & Luthor.

Kind of a different ending.

More scenes to continue the seeds planted in MoS & BvS.

So, what exactly is this HBOMAX? Is this something that is streaming only? Do you get it free if you subscribe to HBO like HBOGO? Or is just more crap you gotta pay for?

RPF PREMIUM MEMBER
Starts out included with an HBO subscription but I'm sure it will be an extra charge down the road. I was actually planning on cancelling my service with HBO, this news didn't sway me to change my mind.

RPF PREMIUM MEMBER
Unless the story itself is completely different (no Steppenwolf and the “Special Glowing Boxes” plot) I am not too excited. Alternate takes, alternative dialogue, and different blue screen / green screen backgrounds don’t really change a clunker of a story.

ALLEY said:
I guess the infamous “Cavill Mouth” will be gone?
Click to expand...

YES! Remove that filthy CGI and allow Kal to bask in the glory of his mustached greatness!
The KFHS demands it! 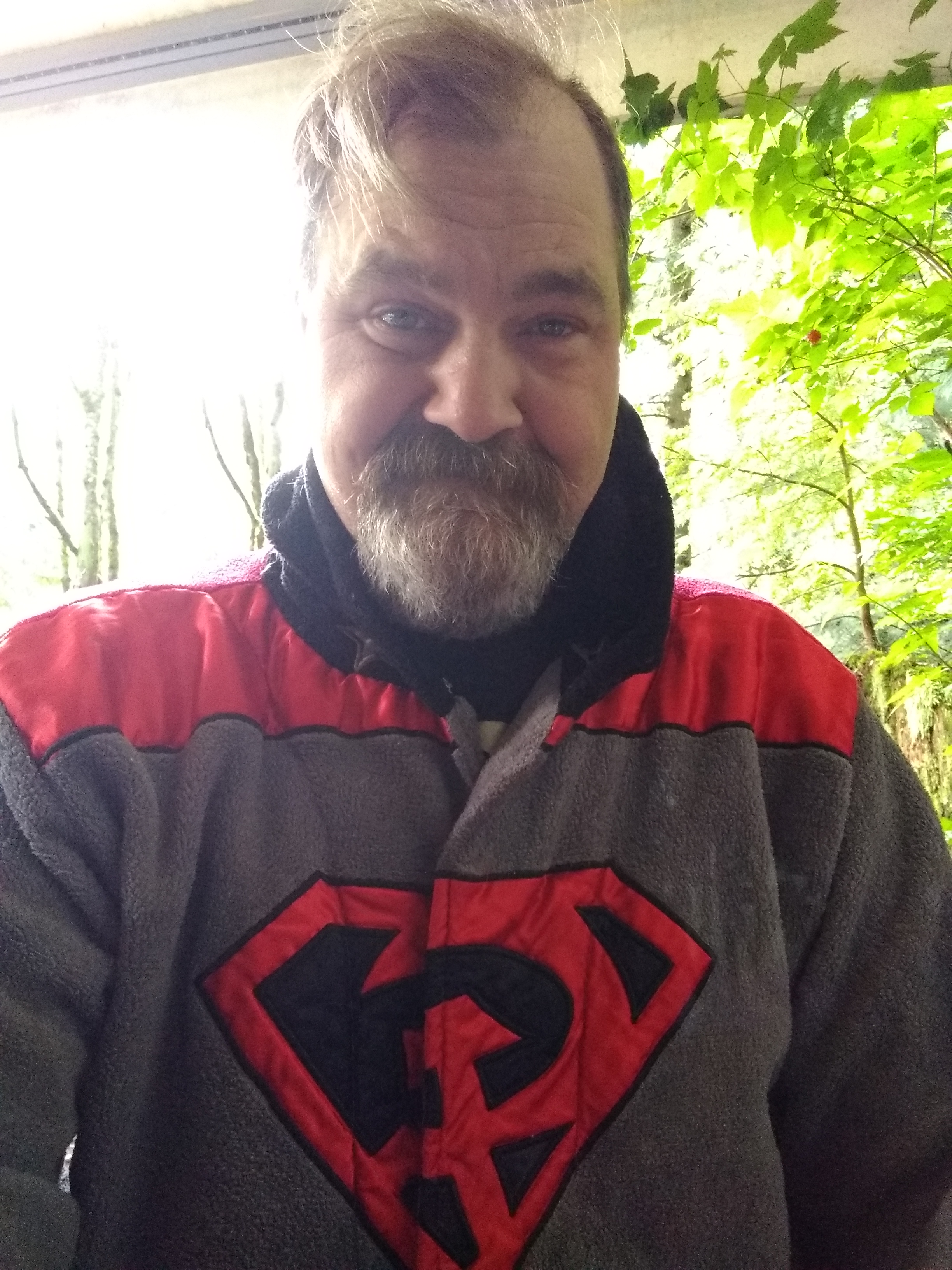 This post endorsed by the Kryptonian Facial Hair Society.

RPF PREMIUM MEMBER
Maybe I'm of a minority here, but I don't think there's anything that's gonna make Justice League a "better" or even "good" movie. There's no saving that script.

Yesterday at 12:25 AM
Inquisitor Peregrinus